News & Politics / The Affected Ones: Why French teenagers are joining ISIS 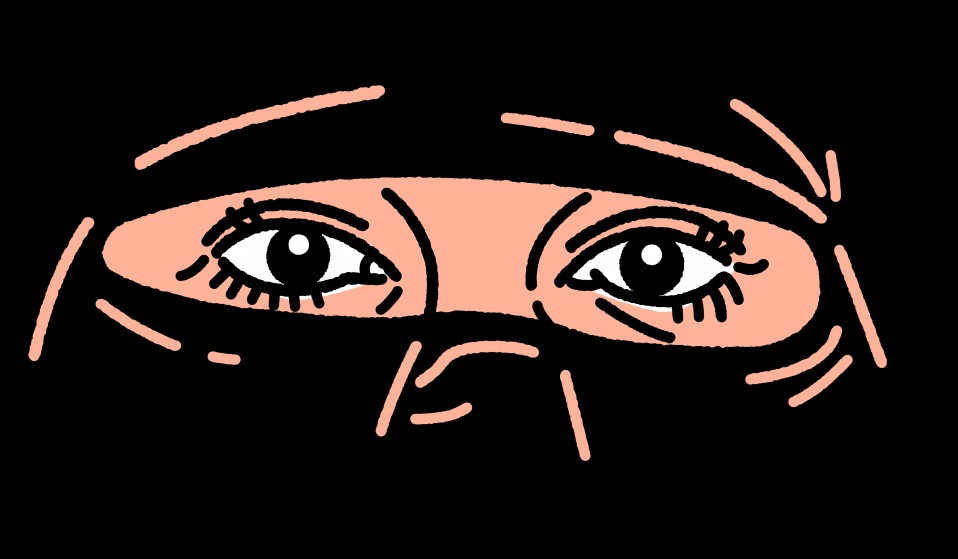 Breaking down the phenomenon of ‘jihadi girl power’

Breaking down the phenomenon of ‘jihadi girl power’ – a transgressive subculture that has little to do with religion and everything to do with escapism.

“We’ve never seen anything like this before,” says Farhad Khosrokhavar, an Iranian-born sociologist specialising in teenage radicalisation. “This is something brand new to Europe.”

Khosrokhavar is the author of books such as Inside Jihadism as well as being the director of studies at l’EHESS, a leading social science institution in Paris.

That background has helped establish connections with French adolescents who have absconded to Syria and Iraq. Some have stayed in touch with family members; others were prevented from leaving in the first place and are now in custody or under supervision.

Through relatives of those teenagers as well as associates within France’s Ministry of the Interior, Khosrokhavar has been able to investigate 30 to 40 cases (excluding secondary research) in order to better understand the phenomenon. 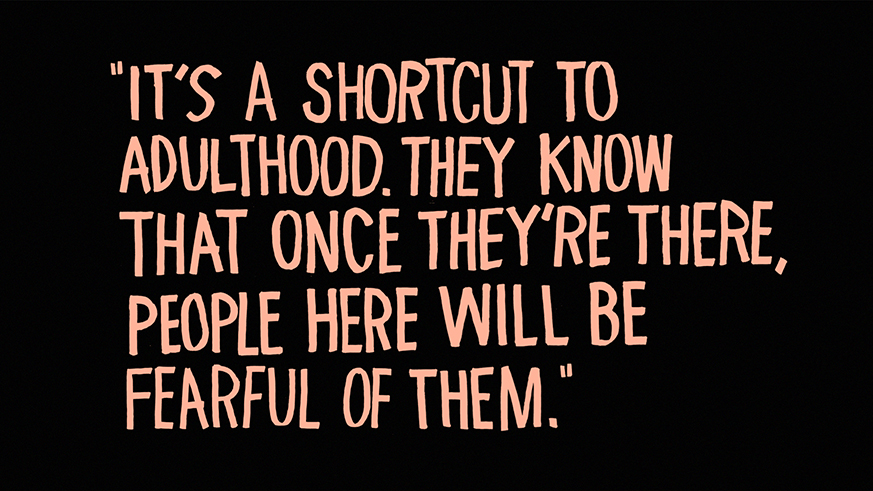 The demographic
Approximately 5,000 Westerners have joined the Islamic State, Khosrokhavar says, and about 600-700 of them are female. But in France, roughly half of all those joining ISIS between the ages of 12 and 17 are girls. They are mainly from middle-class backgrounds, with around 30 per cent having no connection with Islam.

“Most of them are not religious,” says Khosrokhavar. “They are ‘the affected ones’. What’s important for many of them is to become adults. It’s a shortcut to adulthood. They know that once they’re there, people here will be fearful of them, first of all.

“They see that as an adult characteristic: people respect you or at least don’t look down at you in a condescending way. Through their journey to Syria, they believe they’re achieving that – and partially that’s true. Just getting there is another way of asserting their accelerated adulthood. It’s what anthropologists call a ‘rite of passage.’”

The domino effect
The urge to flee is often sparked by a friend, relative or boyfriend who has already left for the Middle East, Khosrokhavar says. A simple call encouraging them to come can prove powerful and, if convinced, a streamlined conversion to Islam can be facilitated in under two weeks.

Normally two adult Muslims are required to witness the convert’s ‘shahada’, or declaration of faith, though Twitter posts have been used to circumvent this.

“They’re more interested in getting over there than becoming competent in Islam,” says Khosrokhavar. “Sometimes parents don’t even know about [the conversion]. It’s so rapid that they don’t have the time to understand what’s going on or to do anything about it.” 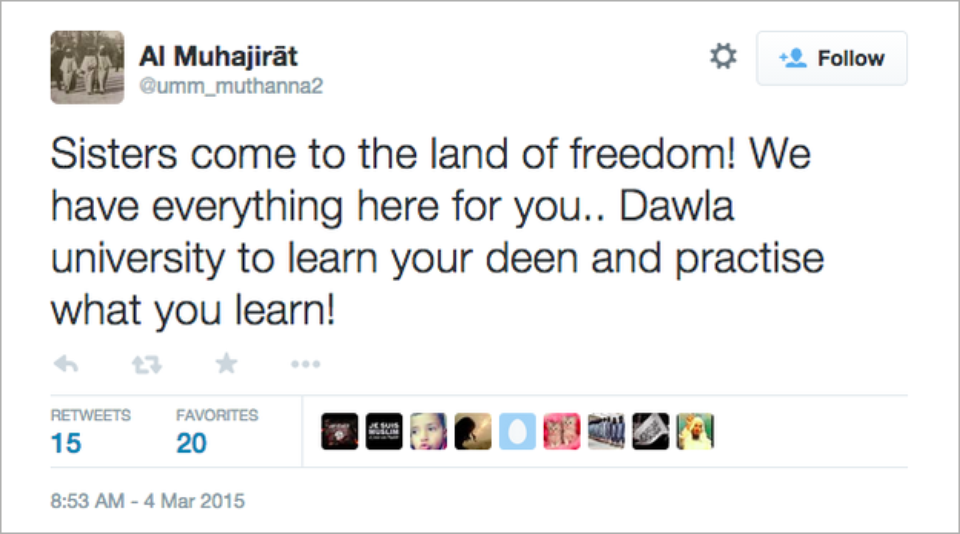 The online ecosystem
Social media platforms like Twitter and ask.fm are integral to the recruitment process. Since the summer of 2014, ISIS has made a concentrated effort to lure foreign women into its ranks.

The Islamic State presents itself as a social movement dedicated to protecting Muslims while combating an imbalance of global power. It does so while cultivating an open community online where isolated or disenchanted figures can easily connect with support, encouragement and advice.

The disconnect
The parents of Aqsa Mahmood, for example – a teenager who fled Scotland for Syria – believe she was ‘groomed’ online to marry a Jihadist. Now 21 and using the adopted name Umm Layth, she has since distributed a step-by-step guide to help other Westerners follow her path.

“The first phone call you make once you cross the borders is one of the most difficult things you will ever have to do,” it reads. “When you hear them sob and beg like crazy on the phone for you to come back, it’s so hard.”

Khosrokhavar believes we’re seeing the first generation of females who have the same fascination for violence as young men. But with the exception of those who join the al-Khansa Brigade – an all-female enforcement squad – their goals rarely extend beyond marrying a jihadist fighter and beginning a family. 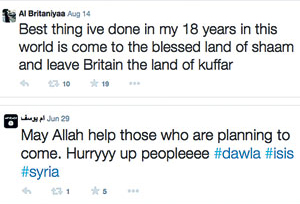 “They believe the relationships here are not serious and cannot be solidly built with the young, immature boys who surround them,” Khosrokhavar says. “It’s more the idea of a romanticised, exotic world rather than any direct identification with Islam. They feel that they can be helpful over there and build a new type of life.”

The reality check
Though many embrace their new circumstances – even re-marrying after the death of a husband – others struggle to adapt.

There’s an initial shock, Khosrokhavar says, among those who are placed in a common house and face heavy restrictions until they get married. Often this will be with another European, so that they can communicate better, but frustration and depression are common among the cases Khosrokhavar has seen.

“Some of them become disgusted,” he says. “After a while, they feel they cannot cope with it and would like to return. But that’s not easy, as most of the time their passport is taken by the authorities.”

The fallout
Earlier this month, two teenage girls disappeared from their school in the French alps only to resurface after unsuccessfully attempting to join the Islamic State in Syria.

In a subsequent report by the Associated French Press, one academic likened the appeal of this jihadi-bride subculture to punk rock – a comparison Khosrokhavar is wary of.

While it’s true that these teens have a transgressive attitude, he says, they also identify with puritanical and repressive ideals – a far cry from the way punk put social norms into question.

What the phenomenon does bring under scrutiny, Khosrokhavar says, is the diluting family unit. He sees the role of technology in adolescents’ lives as beginning to eclipse parental authority, allowing ISIS to draw from western Europe in ways that al-Qaeda never could.

“Before 2013, you didn’t have any major case of migration to a country at war,” he says. “We know there are lots of restrictions over there for girls and women – yet in spite of that, there’s a fascination and excitement for the adventure this Daesh-type society represents. So in a way, it’s a mirror of our own society and its inability to give some sort of political utopia to younger generations who feel totally disillusioned and disenchanted.”

Linkedin
RELATED ARTICLES
OTHER ARTICLES
Photographer Bud Glick recounts documenting everyday life in the area, and what it taught him about the Chinese immigrant experience.
To mark the premiere of his new documentary on surfing giant Gerry Lopez, the filmmaker and former pro skateboarder sits down to share his unique brand of wisdom.
Yesterday, rail workers came together to protest poor pay, working conditions and job cuts in their latest round of strikes.
With the virus now a global health emergency, we must take steps to fight misinformation and demand a swift UK-wide vaccine roll out, writes Phil Samba.
Photojournalist Fiora Garenzi spoke with people still living in Eastern Ukraine, an area which seen some of the heaviest fighting since the war began.
From the chip shops, to the bingo parlors and burlesque dancers, photographer Mike Coles remembers capturing scenes of holidaymakers by the English coast.