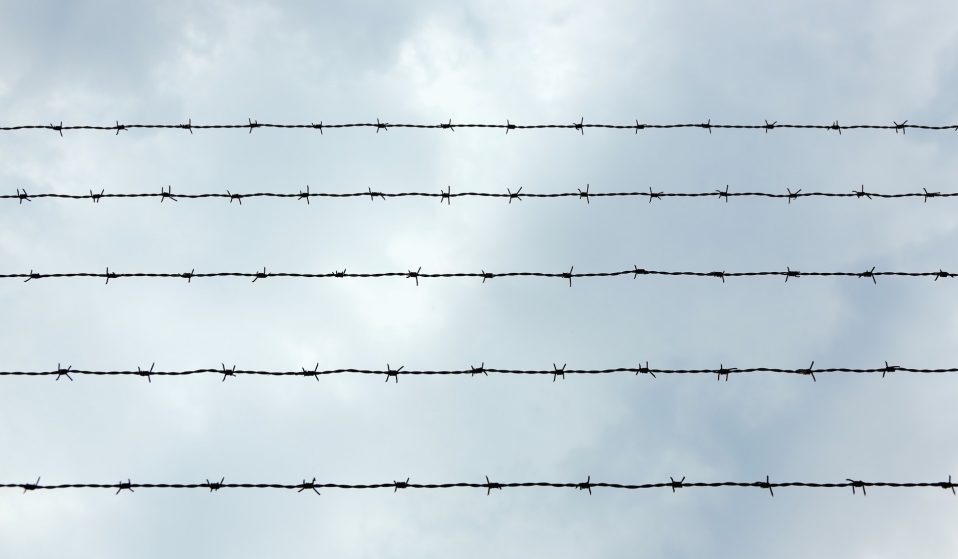 After voting to strike across England, prison teachers explain why they’ve been pushed to a breaking point.

After voting to strike across England, prison teachers explain why they’ve been pushed to a breaking point.

When Jeanette* started work as a prison educator in the Midlands 20 years ago, she says she was naïve. “I assumed that success would mean to turn a life around,” she tells Huck. “But you realise very quickly, it’s the smallest things that are important.” In her time educating in prisons, Jeanette has witnessed firsthand the “transformative” nature of the job – and not just in terms of employability for inmates.

She recalls the story of Peter* an inmate with an “entry level” education equivalent to someone aged seven to eight. “On top of that, he had some quite misogynistic views, or [old-fashioned] views about parenting his children,” says Jeanette. Over the course of her time working with him, Peter was able to start a new course in accounting and was able to challenge his views.

“The biggest thing for him,” says Jeanette, “was that his daughter started bringing her homework in when she visited him, so he could do some homework with her.” While Jeanette “doubts” Peter will reoffend, and thinks it’s “brilliant” he’s accessed a new course, the fact he was able to become a solid part of his daughter’s life was, for her, the real transformation.

Research has consistently shown that prison education is conducive to rehabilitation – not only does it help people find work, but it lessens the chance of them reoffending. Prison education gives many a first – not second or third – chance at education. A 2016 report found that 42 per cent of adult prisoners report having been permanently excluded from school and a larger proportion of prisoners were assessed on reception as having a primary-school (rather than GCSE) level understanding of English and Maths. Nearly one third of prisoners self-identified on initial assessment as having a learning difficulty and/or disability.

But, as Peter’s story shows, it offers much more than that: research suggests that prison education can reduce violence in inmates and also positively impact the children of prisoners. Plus, being in mixed classes, with people from all backgrounds, helps with socialisation.

But prison eductors are struggling with low pay and increasingly high workloads, and many are being priced out of the sector they care so much about. “People don’t come into prison education for the money, but everybody’s got to earn money to live, and we’ve now reached the stage where we can’t afford to live,” Brian Hamilton, a prison educator and chair for the University College Union’s (UCU) prison branch, tells Huck. Thanks in no small part to austerity, prison educators like Hamilton have seen their wages fall by 25 per cent since 2009, leaving educators unable to afford to travel to work and to feed their families.

After Novus, one of the leading employers in the prison education system, offered its teachers a five per cent pay rise across two years – yet another real-terms pay cut in the face of rising inflation –  over 400 prison educators across 48 prisons in the UK voted overwhelmingly in favour of strike action. “Over the past 15 to 20 years, [educators] adapted their lifestyles to their pay,” says Hamilton. “But with this cost of living increase, there’s no wiggle room anymore.” He says that with wages dropping by a quarter in the last decade, prison education staff are effectively working one day a week for nothing.

A spokesperson from Novus said: “We are positively progressing our negotiations with the unions in order to reach a pay agreement that is realistic for colleagues and safeguards the future of the organisation.”

“I’ve worked in prison education for around 20 years, and my pay has eroded over time,” Jeanette tells Huck. One of the main problems with low pay is that prisons are often based in remote locations. “You can’t always get to them on public transport, and I’ve had several [colleagues] who’ve said they’re not sure they can afford to get to work,” she says. This is something that Art Murray, a support worker at a prison in Hull, knows intricately. Murray, who switched from teaching to a support role due to health problems, has worked at the prison for 11 years.

“Even turning up for work some days, the costs are very prohibitive,” Murray tells Huck. He says the price of putting petrol in your car to get to work is “ridiculous,” adding that his energy bill went up by around £90 this year. “All the time, it’s a constant fight to try and maintain your own standard of living and keep the family fed,” he says. With his children and grandchildren living locally, Murray feels a responsibility to make sure they have access to high quality food. “Every day, you’ve got to think, can I afford to go anywhere, afford to take the car out, before you do much [else].”

Thankfully, Murray was able to keep his salary, but, Jeanette believes the low pay offered to support staff – around £18,500 a year – is “appalling” considering the importance of the role. “These are people that are screening for learning difficulties and disabilities, who are making support plans and supporting individual students – and that’s what we’re paying them.”

Another major issue in the prison education sector is job insecurity. This is thanks, in part, to the Annual Delivery Plans implemented across the prison education system, which review courses annually. This means that any course can be axed at the end of each year, leaving educators without a job. Teachers might be expected to stay in one prison and teach a new course, says Jeanette, but this just isn’t practical. “They don’t seem to understand the specialist nature of teaching,” she says. Hamilton adds that those on full-time contracts can be passed from employer to employer with no consultation: “You either move to that employer or you lose your job,” he says. “That’s the reality of it.”

All of this is causing highly-skilled and passionate professionals to leave the sector for good. UCU’s August 2021 Hidden Voices report found that seven in 10 prison educators were looking to leave. Hamilton says that many people are leaving the industry purely for financial reasons. As Jeanette notes: “You’d be a bit naive to come out of secure employment in a school or college and move to  a prison where you don’t know where you’re going to have a job next year.” She adds that prisons are struggling to recruit specialists, particularly tradesmen and women who used to pivot to prison education once they could no longer handle the physicality of their trade. “They’re getting paid £29,000 tops, more like £25,000 on average,” she says. “But if you’re working in painting and decorating, you’re not going to give that up for £25,000 and have to write lesson plans and schemes of learning and, and deal with all the admin side of teaching.”

An increasingly high workload is also fuelling the retention and recruitment crisis in prison education. Both Hamilton and Jeanette say they spend a lot of their time “servicing contracts” instead of teaching students. They’re also teaching larger cohorts with less time for individual learning. “They’re expecting more and more from the same people, or less, each year,” says Hamilton. He adds that its student support staff who are picking up most of the admin slack, and students are getting left behind. “As a teacher, there are certain adaptations you can make for people with those specific needs, but a lot of our students don’t have one need, they’ve got other needs as well, combined with behavioural difficulties, mental health problems and the stress of being in prison itself,” she says. “So those support staff are a really important part of the system.”

This, obviously, impacts the quality of the prison education service as a whole and, of course, the outcomes for students. But, Hamilton says, due to staff leaving, many classes have been “doubled and tripled up,” so students across a variety of learning levels are being lumped together, meaning they either can’t keep up or are unable to expand their knowledge. “They are doomed to fail,” he says. He adds that there are “very few funded courses” for those at a higher ability. “If you’re a highly aspiring student, prison absolutely fails you, because there are very few opportunities,” he says. Plus, courses can get cancelled annually, meaning students will have to find something else to do.

The lack of staff has also resulted in a “complete narrowing” of the curriculum. “We used to do all sorts of other courses that would introduce people to the wider world of education, and get them interested in education,” Hamilton explains. “Then, once you get that interest, people are more likely to concentrate in English, Maths and [other subjects]. But now, it’s very, very narrow.”

While prison education does help with employability, both Hamilton and Jeanette believe it offers a lot more value than helping prisoners find work alone. “It is not the gaining of us a formal qualification that makes a difference to a lot of these men, women and children who are in our care, it’s the positive interactions they have with education staff, prison staff, that changes their mindset,” says Hamilton. “And once that mindset changes, then that gives them the ability to go into society with a positive frame of mind.”

Professor Christopher Bennett, Head of the Department of Philosophy at the University of Sheffield has researched the criminal justice system and alternatives to punishment. He says that prison education has “fallen prey” to a target-driven culture and Tory cuts. He tells Huck that prison education is about more than just skills for work. “When there is an education programme in prisons, it is also a way of bringing prisoners into a culture of dialogue and opening up new perspectives,” he says, adding that education can be “genuinely transformative,” but also, more simply, can help cure the boredom many prisoners face while locked up.

While it’s not a “vote-winner,” Hamilton says funding for prison education should be seen as an investment, not an expenditure. Helping one person to avoid offending would save the government thousands of points: The average cost per prisoner in 2020/21 (adjusted for real terms) was £48,409, and there were 80,300 prisoners in jail from August 2022. Costs aside, prison education is vital, not just for the individual, but for society. “People think about prisoners as a static group, but there are very few people in this country who are not going to come out, and they might live next door to you,” says Jeanette. “And who do you want living next door to you or serving you in the shop? Do you want somebody who’s had a humane experience in prison or somebody that’s been brutalised?”

Linkedin
OTHER ARTICLES
Alternating between colour and black-and-white, the photographer chronicled sexual liberation, economic crises and the repercussions of the war in Vietnam.
A new exhibition is marking the photographer’s 100th birthday with a look back at his extraordinary career.
The photographer describes taking inspiration from Magnum photographers to craft an intimate and revealing portrait of the city.
Ireland’s national sports are modernising. At the forefront of this movement is Na Gaeil Aeracha, the country’s first ever queer GAA club.
Hackney Bumps is a DIY sanctuary in the heart of East London, home to a thriving diverse community of skateboarders – and beyond.
Meg Handler’s photos capture diverse groups of New Yorkers coming together for the collective cause of civil rights.