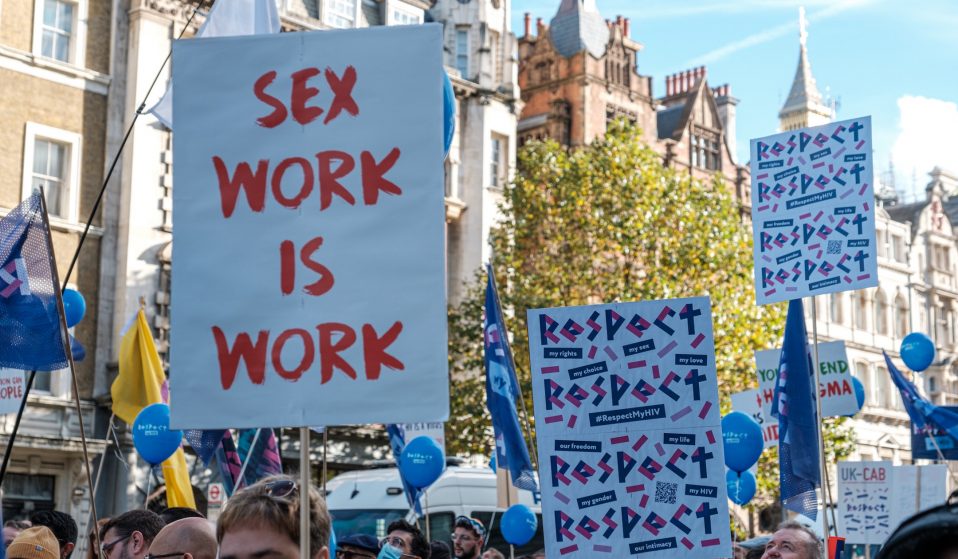 Campaigners and student sex workers explain why all students – regardless of the occupation they choose to support themselves – deserve help, guidance, and safety.

Campaigners and student sex workers explain why all students – regardless of the occupation they choose to support themselves – deserve help, guidance, and safety.

Last week, a headline from The Times, which read “Durham University trains its students to be sex workers”, caused a furore across the political spectrum. “Horrific that Durham University is offering training to students who want to be sex workers part-time,” read a tweet from Diane Abbott MP, in response to the article. “Sex work is degrading, dangerous and exploitative,” Abbott continued. “Uni should have nothing to do with it.”

As many were quick to point out, The Times headline was grossly misleading. Similar in its framing was an article from The Independent, titled: “Durham University offers training for students working in sex industry”. In response to this, Durham’s Welfare and Liberation Officer, Jonah Graham, clarified his support for sex workers training: “To deny sex workers support is a grave mistake,” Graham tweeted. “This training will make the university a more supportive space. It is not a training students to participate in sex work – that is a lie.” Graham adamantly refuted claims that Durham University was “promoting” sex work, explaining that the University provides a ‘toolkit’ to aid students already participating in sex work on how to keep safe and seek support if needed.

No, they didn't. They trained staff in how to best support students who were already sex working. Research shows 6% of UK students are engaged in sex work – and universities need to know how to support them. https://t.co/nrfWZrqwp0

“We are emphatically not seeking to encourage sex work, but we are seeking to provide support to our students,” clarified a Durham University spokesman. The university’s intention was to ensure “social stigma” did not stop vulnerable students accessing support and the training session had been “misinterpreted”.

Although the necessity of sex work support at universities might not be readily apparent, according to data from the University of Leicester Sex Work Toolkit, it’s suggested that nearly five per cent of students across the UK have participated in sex work. The term “sex work” itself is an umbrella term used to cover the sale or trade of sexual labour for a resource, such as money or shelter. Typically, sex work is exclusively thought of as prostitution, but the term covers many different kinds of sexual labour including stripping, pornography, and phone-sex chat lines. By providing these toolkits and initiating an open conversation about the nature of sex work, universities are offering students a space to seek help should they need it.

As noted by sex workers Juno Mac and Molly Smith in their book, Revolting Prostitutes (Verso Books), “sex workers are everywhere”. Mac and Smith are also members of the Sex Worker Advocacy and Resistance Movement (SWARM). SWARM, a collective founded and led by sex workers who believe in self-determination, solidarity and co-operation, has faced much criticism for their supposed advocacy of sex work. Clarifying their position, Mac and Smith state that they “campaign for the rights and safety of everyone who sells sexual services”. Likewise, students – regardless of the occupation they choose to support themselves – deserve support, guidance, and safety.

“Having to sell sex to keep up with the rising cost of a university education can often be a lonely and isolating experience,” a SWARM member tells Huck. “These attacks on universities for trying to create an environment where students selling sex feel able to seek support only harm the students who need somewhere to turn. It is a gross contortion to claim that these seminars are part of a shadowy effort to entice young people into prostitution, instead of trying to keep the ones who already are selling sex safe and healthy.”

Emily* is a student who has carried out sex work intermittently throughout her two years at Durham. “At universities like Durham, [which are] known for being elitist and having all these fancy events, keeping up with the lifestyle is incredibly difficult,” she explains. “While I know my college can support me pastorally, they can’t give me money for me to optimise student life here or to even live comfortably. That responsibility falls on me and the government who dictate how much loan I receive.”

She continues: “By starting this kind of discussion, I now have an option to go to talk with someone about my financial situation and the kind of work I may be considering to keep myself afloat. I can get signposted to work opportunities so I don’t have to, but equally, I know that if I’m desperate, the university can signpost me to the guidance I need to earn money through sex work and support myself. Otherwise, what would I do?”

So, what does safe sex work look like? The University of Leicester’s Student Sex Work Toolkit, created in 20202 by Gaynor Trueman, Grace Sumner, Saskia Hagelberg, Teela Sanders, and Camille Waring, is available for universities to provide training to staff privy to sex work disclosures from students. The toolkit tells staff to “treat all students with respect to allow for a trusting relationship to develop where disclosure and discussion regarding sex work can happen if needed” and “offer practical solution focused guidance within the area of your current job role (e.g. most students may want advice on how to juggle their sex work and their study time/assignment deadlines)”.

During the pandemic, many students reported being trapped in year-long rental contracts before learning that their teaching would all take place online, and were struggling to cover all their living expenses. As a result, more and more students felt compelled to turn to sex work. “It was completely unfeasible for me to sustain living in Brighton without getting into sex work,” explains Clarice*, an escort in her final year at the University of Sussex. “It was only once I received my uni timetable in September 2020 that I learned all my teaching would be remote. I’d signed a contract with a dodgy letting agency who wouldn’t let me leave my contract without a £700 fee and I’d just been let go from my job.”

Clarice says that rental prices in Brighton aren’t too dissimilar to those paid by London students, but students outside of London are ineligible for an inflated maintenance loan. “It’s not just an issue in Brighton, it’s a problem for my friends in Oxford and Guildford too,” she says.

The reality is that students faced with financial hardship are increasingly turning to sex work. A 2020 survey from Save the Student revealed that “20 per cent of students would consider sex work in a financial emergency, up from six per cent in 2019”. The survey also discovered that seven per cent of students said they had already turned to sex or adult work during the pandemic as an alternative way of making money after losing a regular job. Jake Butler, also from Save the Student, suggests that the current maintenance loan allowances “fall woefully short of the cost of living”. As a result, “students are forced to rely on parents, part time jobs, savings and potentially even more desperate ways to make ends meet.”

Abbott’s description of sex work as “degrading” perpetuates a culture in which sex work is seen as shameful, and it is usually because of this shame that student sex workers do not seek out help. Without support from their universities, the students who participate in sex work face heightened risks, which might include unwanted pregnancies, STDs, rape and assault, an inability to find work in the future, stalking, doxxing, and even murder.

To prevent this, more universities, alongside Durham University and The University of Leicester, are offering support for students. In 2018, the University of Sussex received backlash for allowing the Sex Workers’ Outreach Project Sussex on campus for a student wellbeing fair. “I actually think it’s one of the better decisions I’ve seen from the university during my time here,” says Clarice. But, Clarice adds, facilitating such outreach programmes also needs to take place alongside “better decision making from the uni” so that students shouldn’t need to do sex work in order to stay afloat.

With students facing economic precarity, it’s right that universities face up to the reality that more and more students are engaging in sex work – and look to support those students. And rather than attacking sex work itself, as Abbott and the Universities Minister Michelle Donelan chose to do, attention should instead be directed towards the root causes that lead some students to turn to sex work in the first place.

As Clarice puts it: “Until the government does more to support students financially, I don’t think they are in any position to condemn the line of work we choose to pursue just to survive.”

​​*Names have been changed to protect identities

Linkedin
RELATED ARTICLES
OTHER ARTICLES
From snake handlers to mardi-gras revellers, Tom “TBow” Bowden’s photos provide a snapshot of the wonderful and weird people who make up America.
Taking us through one of the most dynamic years in recent history, Laylah Amatullah Barrayn new photo book contains tender yet confrontational portraits.
After building his reputation covering the US civil rights movement in the 1960s, the photographer went on to produce some of the most enduring images of the past century.
After fleeing the war in Ukraine, people are finding it impossible to secure affordable and decent housing in the UK.
Photographer Sean Maung reflects on documenting a small town in Pennsylvania afflicted by high levels of unemployment, poverty, violence, crime, and addiction.
Zsófia Sivák’s ongoing project documents the country’s tavern culture, preserving a once defining part of rural life.