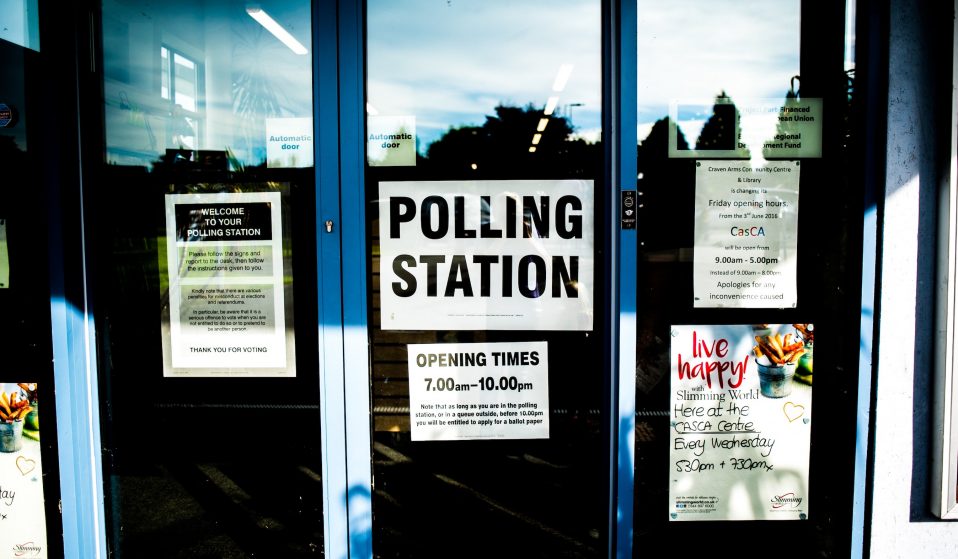 The Government‘s plan to make voter ID mandatory is merely an attempt to shut out the voices of the country‘s most marginalised and will only deepen inequality, writes Rhammel Afflick.

The Government’s plan to have voters provide photo identification for future general elections is a blatant attempt to shut out the voices of the country’s most marginalised – we must act now to prevent what will only deepen inequality, argues Rhammel Afflick.

Earlier this week, the UK Government set out its intention to make voter ID mandatory. The plans involve tightening election rules for postal and proxy voting, and requiring voters in UK general elections to show photo ID at polling stations. The Torys may claim that these measures are to prevent voter fraud, which is, in fact, a negligible problem in the UK. But, the truth is that this is merely a thinly-veiled attempt to manipulate the ballot.

Mandatory voter ID at polling stations should be opposed by anyone who cares about democracy: there are more than three million people currently without any form of ID potentially locked out, and that’s before we consider people who simply forget or lose their ID shortly before an election. To make matters worse, these measures will affect younger people, people of colour and those on low incomes most. In effect, those who are most marginalised will be prevented from participating in elections, deepening already rampant inequality.

The government would like us to believe this is a noble act preventing widespread voter impersonation. The reality, however, is quite different. Of the 595 alleged cases of electoral fraud investigated by the police in 2019, only 33 related to voter impersonation at a polling station – this amounts to just 0.000057 per cent of the over 58 million votes cast in all the elections that took place that year. These are minuscule numbers involved in the fraud the Government is supposedly beset of thwarting.

During the pilots for voter ID that took place in 2018 and 2019, hundreds of people were turned away for not having the correct identification and more importantly, did not come back to vote. That might not seem particularly high a number, but in some constituencies, that would be enough to alter the results. The government’s plan to “build a democracy that works for everyone” by introducing voter ID is at risk of creating far greater harms to democracy than the voter fraud they claim to be solving.

Don’t just take my word for it. The Electoral Reform Society has said, “rather than inventing problems, the government should focus on the real issue in politics – including nine million people missing on the electoral roll”. The Runnymede Trust, a race think tank, has said, “one in five people in the UK electorate do not have any form of photo ID. These people are disproportionately BME and working class, who will effectively become disenfranchised as a result of this legislation.”

Stonewall, who uphold the rights of LGBT+ people, has warned that trans and non-binary people may not have identification matching their gender. The British Youth Council has said, “this is a move to prevent electoral fraud but this doesn’t seem to add up”. Crisis, the charity dedicated to ending homelessness, said: “This risks excluding people who are homeless and compromising a basic human right.”

The government claims that these issues of disenfranchisement can be mitigated through proposed measures like a ‘free local electoral document’ to be made available for people who do not have photo ID. However, we are yet to see the details on how this will be obtained or work. With mandatory ID costing an eye-watering £20 million per election to implement, it begs the question: why are we trying to fix something that clearly isn’t broken?

Over the last few days, we’ve seen opposition on both sides of the House of Commons – but the uproar must be louder if we are to get the Government to reverse this dangerous plan. Looking more broadly at the legislative agenda ahead, which as well as voter ID proposals includes legislation that will undermine our right to protest, it’s hard to avoid the conclusion that this Government is deliberately setting out to restrict people from holding it to account.

When you look at those most likely to be affected, it’s also hard not to come to see this as yet another example of the complete disregard this Government has for people of colour in the UK.

Of course, this is nothing new: over the past five years, we’ve seen sustained and concerted efforts put into voter suppression in the United States in a direct attempt to prevent people from voting, motivated clearly by electoral gains. We, as a country, cannot afford to replicate these practices when we’re already struggling to get people to register to vote. Millions of people are missing from the electoral register, and that’s before we consider people registered at the wrong address or the myriad other issues that prevent people from voting.

We must fight to ensure that all people – including the most marginalised – have a say in who is running the country. If not, all of our hard-won freedoms and rights risk being lost.

Linkedin
RELATED ARTICLES
OTHER ARTICLES
Yohon Tatum, aka Legendary Father of the House of Tisci, reflects on nurturing a new generation of talent.
After a two-year hiatus and a new album, the Nigerian artist is riding high. Now, he wants to bring his alternative, genre-bending sound to the world.
The pro skateboarder withdrew from the 2020 Olympic Games so he could come out as trans. Now, he’s hoping to encourage others to live as their authentic selves – within the sport and beyond.
A new film from Berghaus traces the story of Adam Raja, who left behind a turbulent upbringing to discover the healing power of climbing.
From snake handlers to mardi-gras revellers, Tom “TBow” Bowden’s photos provide a snapshot of the wonderful and weird people who make up America.
David 'Dee' Delgado’s photo project is about honouring and uplifting the city of his youth, and a world rapidly disappearing under the relentless onslaught of gentrification.