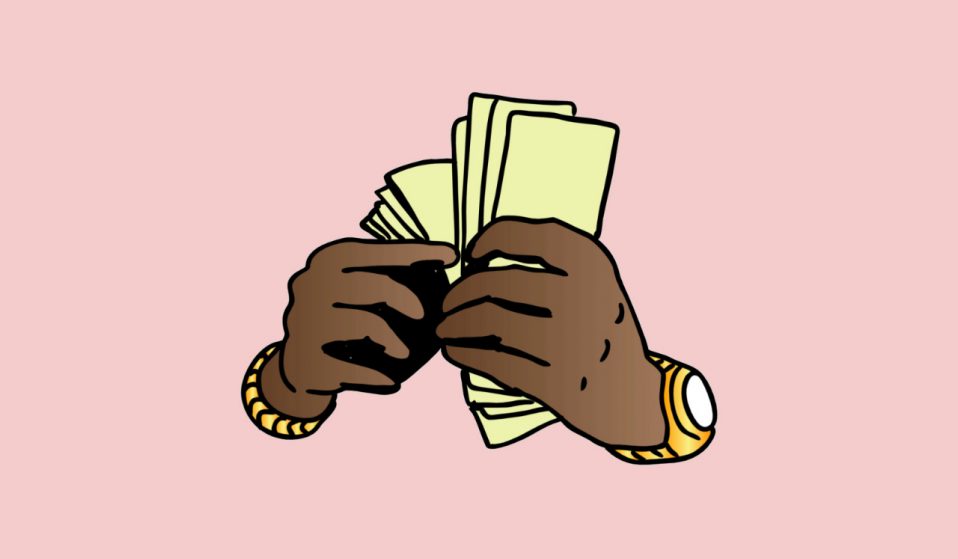 Amid a cost of living crisis, many young adults are now wondering: is there any point in saving for the future?

Amid a cost of living crisis and accelerating climate breakdown, many young adults are now wondering: is there any point in saving for the future?

Rosie, a 25-year-old University Outreach Administrator, is on an above-average salary. “I used to think people on my wage [£30,000] were loaded,” she says. “So it was a shock when I clocked that, yeah, it gets you by – but you’re still not able to be frivolous or have spare wads to stash away.”

After a move from Manchester to London – which meant higher bills and pricier pints – Rosie no longer sees the point in saving. “With the few quid I can afford to put away every month, it’s not like I’m going to be able to buy a house or send myself on fancy holidays. I may as well spend it down the pub.”

Between a pandemic, the climate crisis, and ongoing war, it’s no surprise that for many like Rosie, the future seems like a risky investment. Younger generation’s savings accounts were hit the hardest during the pandemic. Instead of scrambling to save their pennies, many have now decided to cut their losses and spend their hard-earned cash on making the best of a bad situation. If the future looks bleak at best, why bother saving for it?

This isn’t a cost of living crisis

This is a cost of electing the Tories crisis.

A survey of about 2,600 US adults found that 45 per cent of 18-35-year-olds “don’t see a point in saving until things return to normal” (whatever that means). As The New York Times reports, many are spending money instead on things that bring meaning to their lives, including passion projects, risky careers, and life experiences.

In the UK, young people appear to feel similarly. Studying for her Master’s degree throughout lockdown in 2021, Natalie, 22, was unable to find any part-time work to support her studies. This left her rapidly burning through any savings she once had. She isn’t alone. Around 19 per cent of UK adults have less than £100 in savings according to a 2021 study by Yorkshire Building Society. It also found the number of people not saving at all has almost doubled in the last two years, with more than 21 per cent not saving now compared to just over 12 per cent in 2019.

Now working an admin job, Natalie’s rent in London is the main sinkhole for any potential savings. Only 30 per cent of under-30s own their home, with inflation increases going hand-in-hand with a record-reaching rental market and less disposable income for renters. In London, the average 22 to 29-year-old will spend as much as 57 per cent of their monthly salary renting a one-bed. Outside of London, rent swallows around a third of their income.

“Half my paycheck ends up going on rent and bills,” says Natalie. “After paying for food I want to be able to go out and actually spend the remaining money rather than saving.” Like Rosie, Natalie does not see the point in saving. “I’d rather go out and make memories. If I just set that money aside in a savings account, it feels like I’d be lowering my quality of life.” She feels that young people are being given an ultimatum: “Either you choose to save or you choose to enjoy living. I don’t think it’s healthy.”

While three-quarters of young people in the UK say they feel compelled to change their spending habits to navigate the current financial landscape, there are some areas they are unwilling to scrimp on. One study found that 32 per cent refused to give up socialising.

With an average of £320 leftover after rent and bills, it’s unsurprising that 51 per cent of those surveyed found it impossible to put anything away at the end of the month. “I don’t save mainly because I can’t,” says Sophie, a 26-year-old swimwear designer. “I prioritise bills, my weekends and saving for maybe going out on a weekend away or a holiday.”

There’s also another reason Sophie doesn’t save. “I’m single,” she says. “A lot of my friends who are in relationships are saving for a house with their partner. But that isn’t something that is in my future plans or seems realistic right now.”

Sophie explains that if she felt more certain about her future plans or settling down, she would probably prioritise saving a little more. “I have no idea where I will be in a few years time,” she says. “I prefer to use my spare money on things that will make me happy right now – like a fancy gym membership that actually makes me want to go, or going out for drinks and not spending the whole night stressing about the bill.”

Rising energy bills, petrol and food prices are the main culprits rinsing people’s paychecks. To cope with the current financial landscape, a survey showed that going out less (54 per cent), shopping less (52 per cent) and reducing food deliveries (51 per cent) were among the sacrifices being made by Gen Z. However, where is the line between sensible and self-sacrificing?

UK cost of living is high, taxes are high but salaries arent. People here are living pay check to paycheck and often have very little disposable income once they’ve taken care of all their bills

At a time when UK inflation is soaring and is only set to rise, on top of a looming energy price hike in Autumn, the government should be making sure people can afford the bare necessities rather than moralising over where young people choose to spend their spare cash.

Joe, 27, a commercial and sales director, used to save around 10 per cent of his salary, but in the last few months he has found it difficult to put aside even that. “I’m shit at saving anything,” he admits. “When I first moved into my new flat in December it was okay, but since the cost of living has gone up it’s a ballache.”

“I know that saving for the future is probably important but I’m shit at being an adult,” Joe says. “I’ve had a few big holidays this year to Budapest and Dubai, which are heavy on the bank account, but I’d rather put away for them. Life’s too short. ”

The belief that saving is futile is widespread – and it’s easy to see why. “Like a lot of people my age, I think I’m resigned to the fact that I’m probably never going to be able to buy a house,” Rosie explains. “The UK economy just isn’t structured to help people like me get there.”

The answer to financial responsibility doesn’t lie in forcing people to give up life’s small pleasures. It also doesn’t lie in chastising young people for not putting money aside while they struggle to make ends meet. “You’re only in your 20s once,” says Rosie, “and after losing almost three years to Covid, when I was furloughed from my waitressing job and stuck in my old box room at my parents, I’m not going to scrimp and save pennies now. I’m going to spend my money and have a good time.”

Linkedin
RELATED ARTICLES
OTHER ARTICLES
Theo McInnes’s photos of the annual event provide an intriguing snapshot of contemporary Britain.
After building his reputation covering the US civil rights movement in the 1960s, the photographer went on to produce some of the most enduring images of the past century.
After blocking the Scottish government’s gender recognition reform bill, Westminster is now devising further changes to the law to make it harder for trans people to self-identify.
Activists and campaigners are fighting back against new laws that would seriously undermine the ability to take industrial action, calling it an attack on fundamental workers' rights.
A new podcast is opening up the conversation between trans women and trans amorous men in the hope of building coalitions.
After fleeing the war in Ukraine, people are finding it impossible to secure affordable and decent housing in the UK.