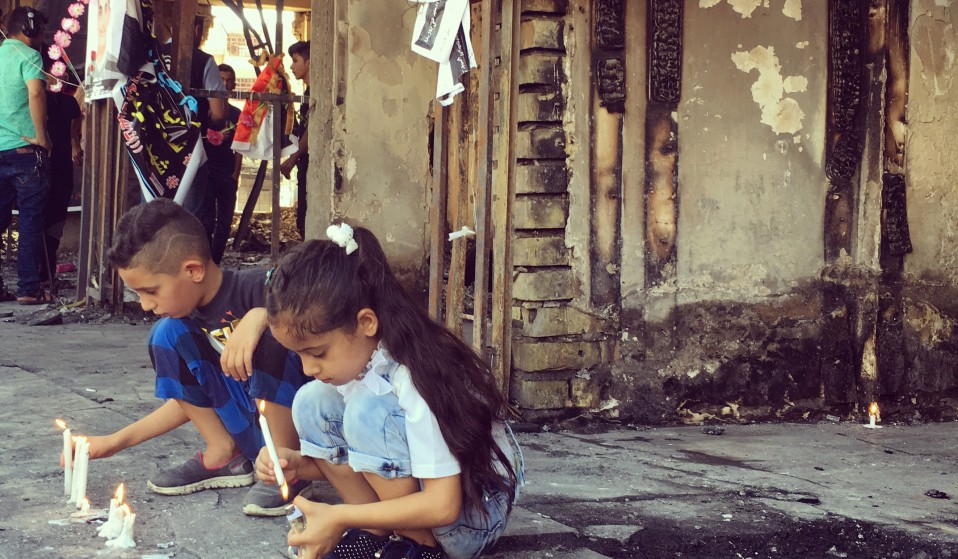 In the early hours of Sunday morning, a car bomb in Iraq exploded, leaving in its wake a wave of devastation. The death toll currently stands at 250 lives lost, and it's a number that keeps on rising. Just meters away from the explosion was Ahmed Twaij. This is his story.

In the early hours of Sunday morning, a car bomb in Iraq exploded, leaving in its wake a wave of devastation. The death toll currently stands at 250 lives lost, and it's a number that keeps on rising. Just meters away from the explosion was Ahmed Twaij. This is his story.

It’s the early hours of Sunday morning, on 3 July 2016, the last few days of Ramadan. As I do so often, I’m making my way through Baghdad. The streets are filled with jubilant Iraqis, the markets heaving with late night hustle and bustle, a joyful atmosphere can be felt across the town.

This was Karada after all, the heartbeat of the city, a favourite spot for the youth of the Iraqi capital to knock about. Here it won’t take you long to bump into an artist or musician, the busy streets are filled with academics and activists talking the warm nights away.

It’s the kind of place where everyone knows each other, but there’s always someone new to discover and meet.

After a long day of fasting in the fierce Iraqi heat, the streets are now filled with people trying to squeeze in a final meal before sunrise, others are scouring the market to do their last minute shopping for Eid. Around crowded screens some are just supporting their favourite teams in the Euros.

I am amongst those oblivious shoppers, carelessly walking the streets of Baghdad as I have done so many times before, basking in Baghdad’s radiant atmosphere.

I call my uncle, with whom I walked this very street the night before. “I think tonight is safer than yesterday, they’ve closed the road off to cars”, I say. In this city, whenever a car is parked on a road, a car bomb is immediately suspected, but tonight there were no vehicles to be seen.

Never in my life have I been so wrong. A few minutes after the conversation ended, unexpectedly, the police open up the road to cars. I keep on moving, oblivious.

My walk home is a little long from here, so I decide to jump onto a bus, one of the first allowed onto the street. I plug my headphones in, smiling as I look out the window at the happy faces in the moonlight. My body relaxes, and I feel at home.

It’s no more than five minutes later that I hear a deafening bang, a flash of light hits my eyes, the bus resonates. I knew exactly what happened – a few metres ahead of me, a car bomb had been detonated, a bomb that would leave 250 dead from the impact.

This wasn’t my first experience of an act of deathly terror. This time last year, on the exact same street, I witnessed a similar explosion. Back then it wasn’t the thunderous noise that left an impact on me, nor the shattering glass or bricks falling. It was the screams of those fleeing the scene that will perpetually echo through your ears, stabbing directly at your heart.

Innocent, beautiful lives were being lost right before my eyes. 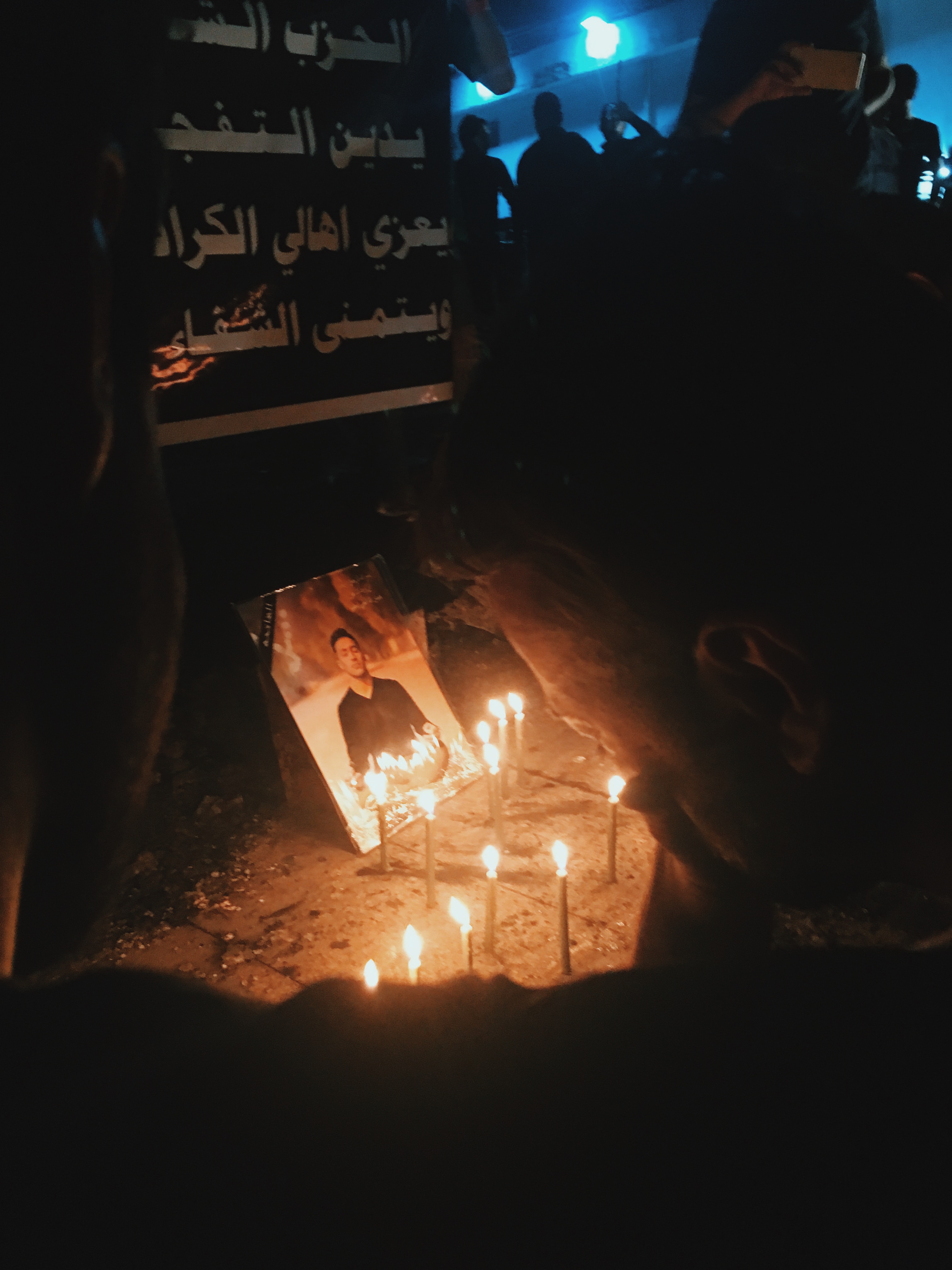 In the UK I trained as a doctor, and all my medical training, advanced trauma and advanced life support courses suddenly kick in. I rush to the scene only to realise that in reality, learning in the comfort of our protected hospitals in the West wouldn’t be of much use here.

The priority is to find anyone still breathing before the flames spread further, but in front of me this fire spreads so rapidly, engulfing a city into disaster as it passes. I can feel the ground warming up on my feet, like a scene in a blockbuster movie, but with no stunt doubles or second takes, just tears and tragedy.

The streets of Karada have seen bloodshed far too often, but what happened on Sunday is different to what’s happened before in Baghdad. Usually, (it’s devastating to say usually), a car bomb is followed by a chain of responses: the confusion, the grieving, seemingly routine customary funerals, but then life just continues. Shops reopen, carnage cleared. This time something is different.

Perhaps it was the sheer number of deaths and casualties that threw a whole city into mourning. Perhaps it was the timing, seeing all joy taken from celebrating Eid – locals wore black, “there is no Eid when every day there is a Shaheed [martyr]”, each would soberly say.

The most noticeable difference between this attack and any other is that anger wasn’t directed towards Daesh, the cowards who losing ground on the battlefield, sought to rupture innocent lives. The anger is now towards the establishment and political elite. 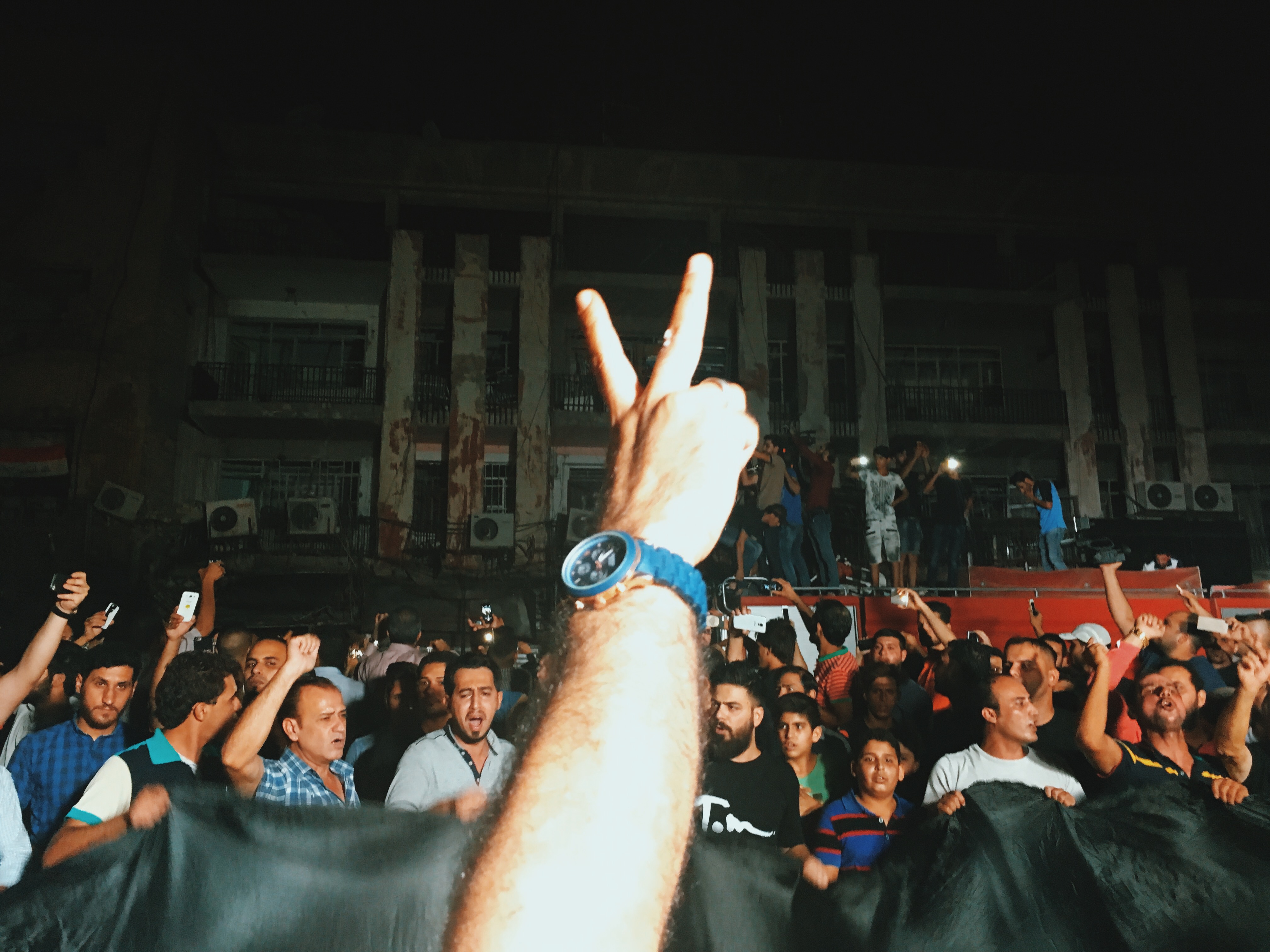 A number of government failings led to an increased number of the deaths in Baghdad that night: failure to implement adequate fire escapes when approving planning permission caused more to die from the effects of smoke inhalation than the blast itself. The road itself had been shut minutes before the blast: was someone bribed, or just poor decision making?

Still today life hasn’t got back to normal, the city doesn’t feel like the one I love and know. It’s as if Baghdad is at a tipping point, and any trigger could push people over the edge.

When I visit the site of the explosion, it’s the most heartbreaking feeling I’ve known. The devastation left by the flames, sensing the struggle and loss of those innocent lives will cause even the most hardened of hearts to cry.

When I walk past the spot in which I was safely placed during the explosion throws up an uneasy sense of guilt, why was I lucky enough to live?

There’s a chance you still may not have noticed that Baghdad suffered one of the single worst acts of terror in recent times during the early hours of Sunday morning.

Countries did not rush to drape their monuments with the colours of the Iraqi flag, as was seen after the vicious attacks in Paris and Brussels. Hashtags did not trend on Twitter, Facebook profile pictures weren’t filtered with red, white and black.

Have we become immune to the deaths of those in Iraq? Is Iraqi blood worth less than those from other nations? Does the frequency make us numb?

We need to remember that behind each of these numbers, is a sister, a brother, a child, a parent, a loved one or friend. In some cases it’s an entire family.

Perhaps it’s the guilt that those living that the West feel because their governments have destabilised the Middle East that means some look in another direction. Perhaps it’s just as simple as out of sight and out of mind. Regardless, the bombs we hear happening in Iraq should shake our hearts just as they shake the ground they explode on.

Yesterday the long awaited Chilcot enquiry was published, but I can’t help but ask, to what avail? The invasion has happened, the security sector destroyed, and sectarian divisions have now penetrated a once united nation.

No enquiry will ever turn that back, nor bring back the thousands of lives lost in Iraq.

Perhaps the enquiry was closure for the British government, but 13 years after that fateful decision to go to war, Iraqis are still dealing with the suffering.

Iraq will eventually rise up from the rubble caused by an array of failed foreign intervention and policies, I have no doubt about it. Iraq needs no further interventions. These attacks have fuelled the passion Iraqis have to see their country prosper. For me, the events on Sunday reiterated how blessed many of us are in the West for this not to be part of our daily routines, but Chilcot has shown we are tied to the destruction.

It’s time to listen to and support the people of Iraq and not just look the other way from a distance.

Dr Ahmed Twaij is a British Doctor, born to Iraqi parents, currently researching for a Masters in Global Health with Conflict, Security and Development in Iraq. Follow him on Twitter.

Linkedin
RELATED ARTICLES
OTHER ARTICLES
Members of the collective share some of their reasons to run as part of #UnitedBySummits, a campaign that looks to uncover transformative power of the outdoors.
After news broke last week around an expected reversal of the 1973 landmark law that made abortion legal in the US, protestors gathered in the UK in support of American women.
Over the weekend, London locals came together to resist a pre-planned police raid targeting delivery drivers.
To mark the anniversary of the mass trespass of Kinder Scout, a group of hikers came together with the intent of creating a new, fully inclusive culture for rural spaces.
In the last of our dispatches from OFFF Barcelona, Rufus Deuchler and Vincent Gault discuss the future of creative process.
The author discusses her blistering new novel about history, revolution and queer love.