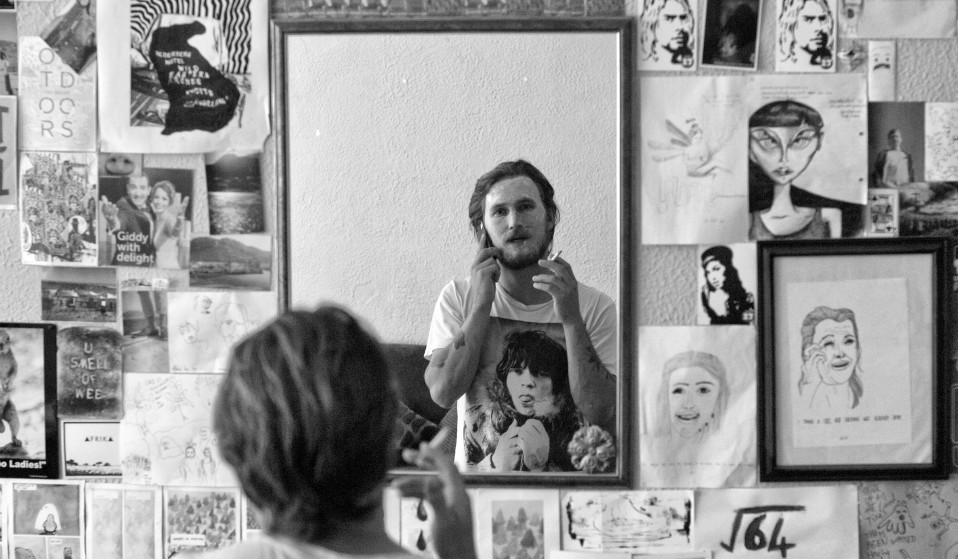 Skateboarding’s track record on accepting homosexuality is patchy. After Yann-Xavier Horowitz came out last year, he wants to stop having to explain himself and move the conversation forward.

Skateboarding’s track record on accepting homosexuality is patchy. After Yann-Xavier Horowitz came out last year, he wants to stop having to explain himself and move the conversation forward.

Sport remains one of the last bastions of homophobia in society. While, for the most part, skateboarding hasn’t been overtly discriminatory towards gay people, it certainly hasn’t welcomed them with open arms either. Many pros still feel they have to stay in the closet to protect their careers.

Yann-Xavier Horowitz is one of the most exciting skaters to ever come out of South Africa, and recently, he also came out in another sense too. Childhood friend Nick Mulgrew sat down with Yann in Cape Town to ask about his decision to go public with his sexuality, the challenges he’s faced and whether the skateboarding community is slowly becoming more accepting of its LGBT members.

Nick Mulgrew: We’ve known each other since we were kids, growing up together in KwaZulu-Natal. When I had heard that you had come out in 2013, I immediately wondered if it was common knowledge or whether I should keep it to myself. I understand now you’re quite open about it, although obviously it must have been a big step at first.

Yann-Xavier Horowitz: I think coming out is a big step to make for anybody. I realised from a very young age that I was homosexually inclined. I made myself a promise at 17 that if I had told no one by my 21st birthday it was to be done on the night. I guess I just didn’t want to be lying to myself or anyone else any longer.

As it happened I didn’t get to come out on my 21st, but it happened a month or two afterwards. I started off telling my friends and family, and then waited for the news to work its way down the grapevine, which it obviously did. Being a skateboarder made the process just a little bit harder.

NM: Why does being a skater make it harder?

YXH: Let me put it this way: if I was to go into an industry like – and I’m generalising here, and that’s not good – but if I wanted to be, say, a fashion designer, I knew I would have been going into an industry that would accept me with open arms from the start. Generally, skateboarders don’t talk about sexuality – it’s a bit taboo.

In the end, the skating industry did take me in with open arms. And it made me remember that skateboarders around here [South Africa] come from those sorts of nerdy dudes who sit on the side of the road, trying to do their thing; from guys who stick together and think brotherly love is important. I guess [back then] I took myself too seriously, when everyone in the industry and everyone I was involved with loved me for who I was in the first place.

NM: But perhaps you weren’t completely wrong to be reluctant. I mean, as in many sports, there are very few openly gay or bisexual sponsored skaters, and in fact, there are men who have left the sport because of homophobic sentiments; I’m thinking particularly of the American amateur Tim Von Werne, whose sponsor pulled a career-making interview in Skateboarder magazine in 1998 because he talked about his sexuality. Obviously, it’s been a long time since then – I’ve heard, for example, that there are many high-level female skaters now who are openly gay – but do you feel like the sport has really opened up?

YXH: It’s always the hardest for the one coming out to their employers, peers and the public. I just hope that one day it doesn’t have to be talked about, debated or brought up in the spotlight. If the individual concerned is doing what they love and loving the way they want behind closed doors it shouldn’t even have to be a concern. Thankfully I think our generation is generally way more understanding and welcoming to openly gay and lesbian people. I think that people have begun to open up globally, both in and out of sports, which makes it easier for people to talk about.

That said, I think it would be way harder if I were a rugby player or a soccer player, you know? Skating is all about being your own person. That’s what I like about it. And, yeah, there will always be some people in some industries that won’t be cool about it, but it personally hasn’t affected me. I can’t say I’ve had any negative feedback.

NM: I mean, bluntly, are you mostly too busy skating to worry about it?

YXH: There will obviously be a few people that can’t wrap their heads around the whole thing, but these are the people I don’t give the time of day to, so I guess I try my best not to worry about it and let my skating do the talking. My sponsors don’t give a fuck. I don’t give a fuck. And in the end no one should really give one. I am just another sponsored skateboarder. I’m comfortable about the skate world knowing I’m gay, but I’m just worried it’s slowly turning into a gimmick. I talk about it freely to anybody who asks, and it’s cool, but only every now and then.

I could say I am an activist by speaking out, but I’m not going turn it into something bigger than what it actually is, and that is just me living my life.

Linkedin
RELATED ARTICLES
OTHER ARTICLES
Sean Maung’s photos are a love letter to the Black and brown communities that make up New York.
Cindy Campbell recounts how her brother ushered in a new era of musical culture at a party she held in the Bronx in ‘70s.
Financial turmoil is pushing people who work in the sex industry into more dangerous and desperate situations as a means of survival.
The workforce is now gearing up for industrial action after receiving a measly pay rise, reports Ella Glover.
Following the announcement of an 80% hike in the energy price cap from 1st October, crowds gathered outside the offices of energy regulator Ofgem to protest and declare their intention to undertake a payment strike.
Yesterday thousands gathered outside Buckingham Palace after news of the Queen’s death broke.