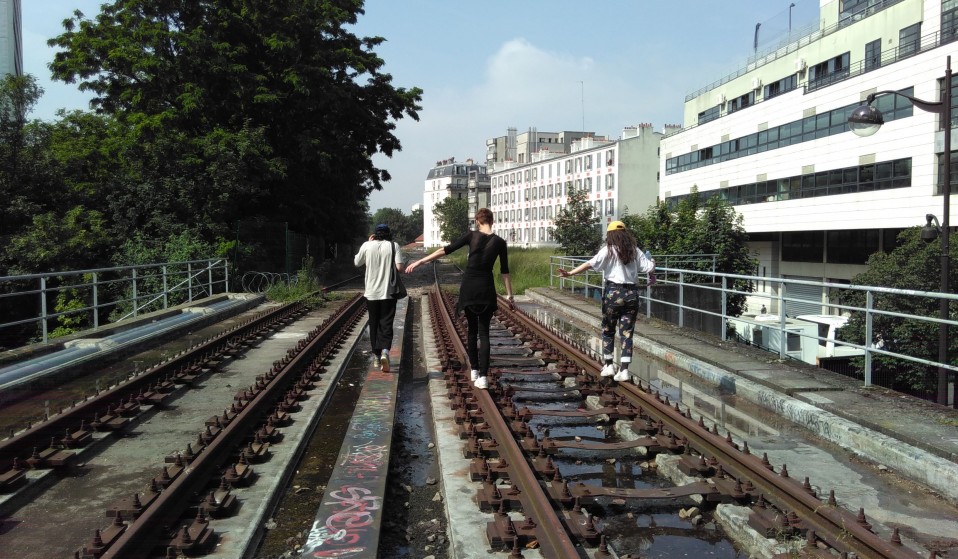 On 23 June 2016 people across Britain will decide whether or not the United Kingdom should remain part of the European Union. Despite the rhetoric, the hysteria and the headlines, this may well be one of the most important decisions we'll make for a generation.

On 23 June 2016 people across Britain will decide whether or not the United Kingdom should remain part of the European Union. Despite the rhetoric, the hysteria and the headlines, this may well be one of the most important decisions we'll make for a generation.

With less than two weeks remaining before voters from all corners of the United Kingdom will be asked to decide whether or not Britain should remain in the EU, campaigners on both sides are in the midst of a fierce battle. Not a day goes by without another sensationalist headline appearing: world war three and a collapsing economy seem to be predicted regardless of the outcome.

It’s impossible to really predict what might happen if there’s a Brexit, but for the estimated 1.2 million British citizens living in countries across the European Union, there are some real and present concerns – the freedom of movement of people across the EU would almost certainly come into question.

They might not live in the UK, but as citizens these ex-pats will still get a vote like everyone else who’s registered, so we asked some young Brits abroad how they feel about the referendum. 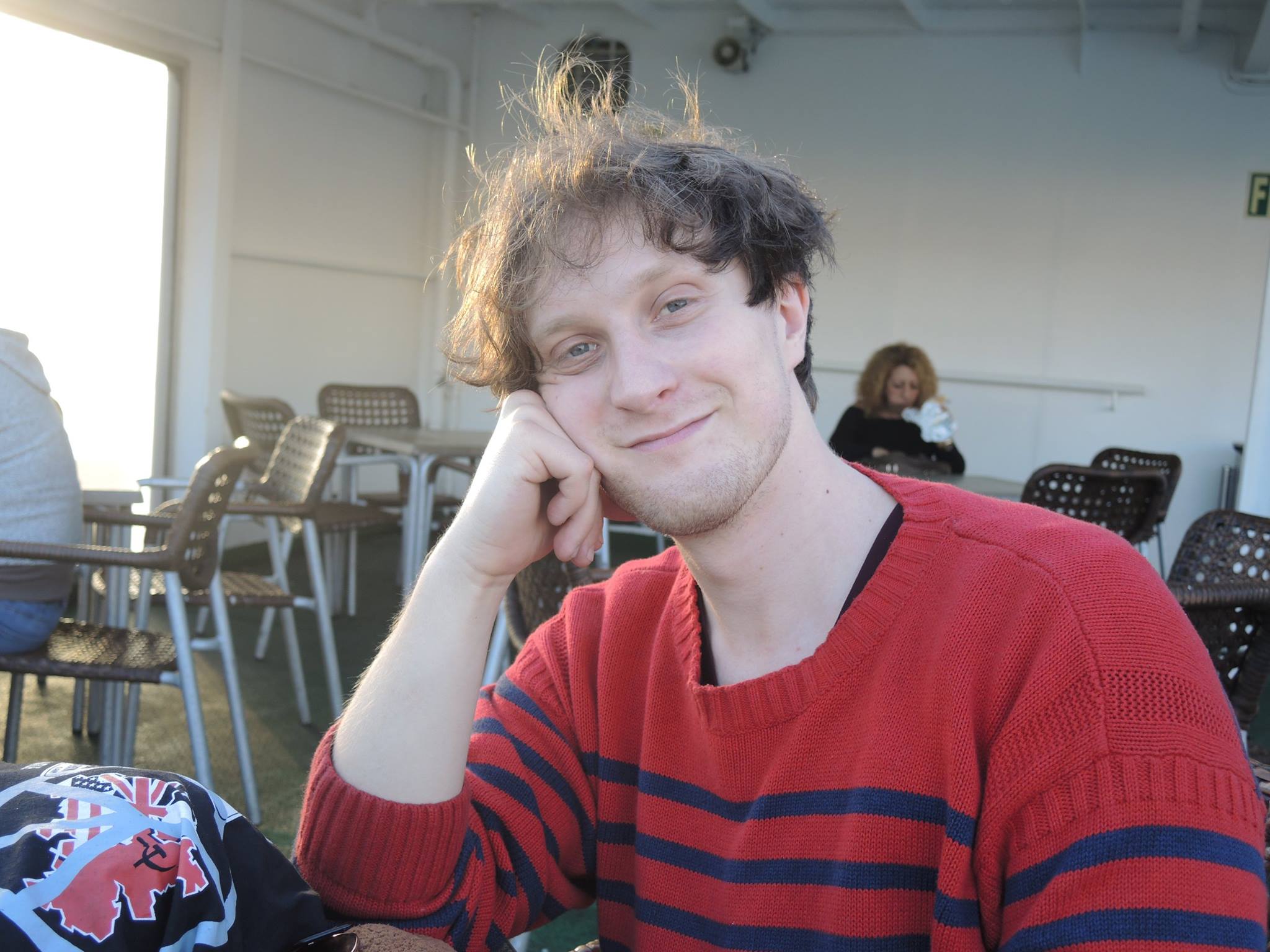 How will you be voting?
To remain, I registered to vote ages ago.

Do you feel a your British or European identity is stronger?Definitely as a British Citizen – it’s my language, my culture, and where I grew up. Blackadder, Fawlty Towers, and the Today Programme are my home I suppose. I previously lived in Australia though, and while there I certainly sensed my affinity to the EU very strongly.

Are you worried about a ‘leave’ vote and what that might mean for you?
For the UK in general, it would be awful. The inevitable rise of the very worst of our politicians would also be awful. The demagogues of Boris Johnson, Michael Gove, and UKIP, who not only thrive on ignorance, but in fact produce it. The worst part is the changes already promised as a result of this entire debate. David Cameron has promised to eliminate tax credits and child benefit for all non-British EU citizens.

Why do you think it’s important for Britain to remain a part of the EU?
European countries aren’t just our neighbours, they are our family. You can’t choose family, so it’s best to work out your problems. What happened to keeping calm and carrying on? 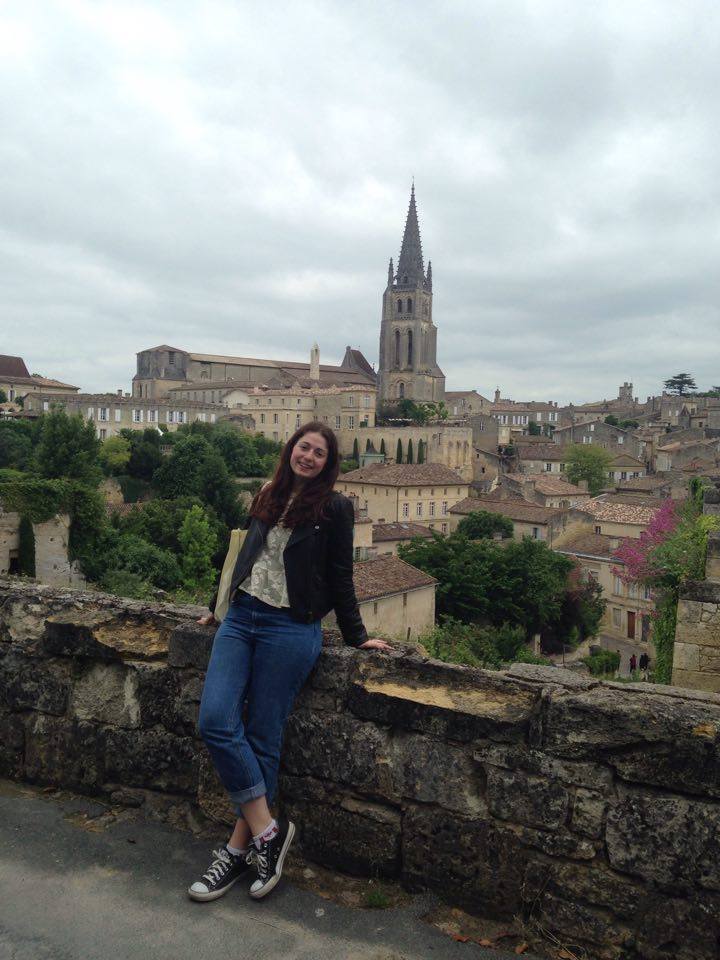 Where do you feel your identity is strongest – as a British citizen or one in the EU?

Both – I never really refer to myself as British, I usually say English but all my French professors introduce me as being from the UK. I feel a bit European, but I’ve been brought up with that English sense of alienation from Europe. I’ll definitely be voting to remain.

Some politicians are calling this ‘the biggest vote for a generation’, do you agree?
I think it’s the most powerful opportunity in terms of voting that people of my generation have been given. When politicians from all around the world – not just Europe are getting involved you know it’s getting serious. I love the concept of the European union – in a period when many countries are splitting up and states are fighting for independence it’s the only congregation of people that’s growing.

What will you do if Britain decides to leave the EU?
I will apply for Greek citizenship which I’m entitled to through my Grandad and hopefully come back to live in France. I would like to live in England at some point, but if we vote to leave and things start to change it will put me off. 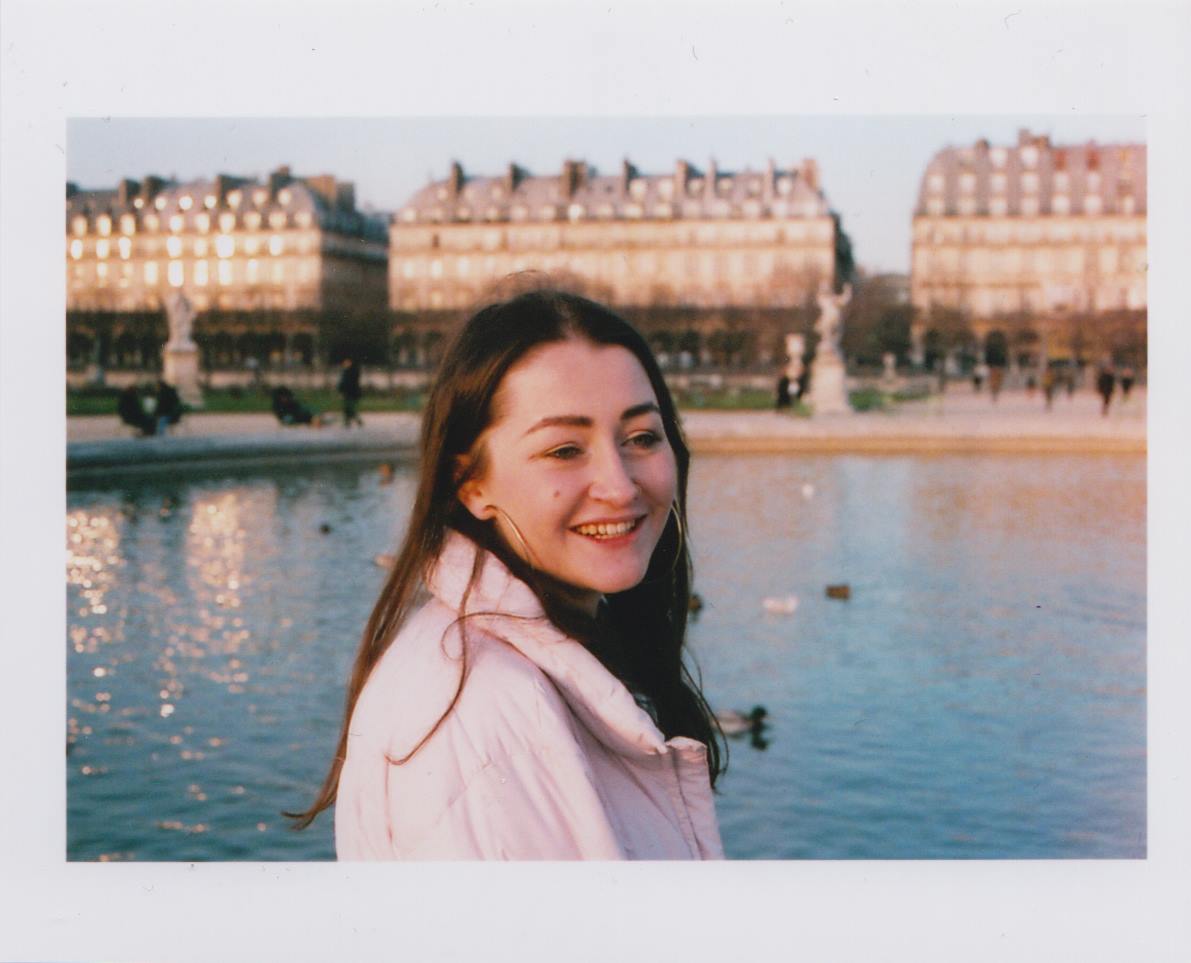 Are you worried about the potential outcome of a ‘leave’ vote?
Definitely. As a foreign language student one of the great benefits of being in the European Union is the ease of travel and working abroad. Leaving the EU would make it far more difficult for me to be able to really practice and would also mean that future language students wouldn’t have access to an Erasmus grant – which is vital especially for lower income students.

Why do you think it’s important for Britain to remain a part of the EU, if you do at all?
Despite being a flawed institution, there are so many concrete benefits to being in the EU – both cultural and economic. I think the leave campaign is the result of anti-immigration sentiment, and leaving would result in economic downturns, a decrease in cultural and scientific exchange and would make us all look stupid. 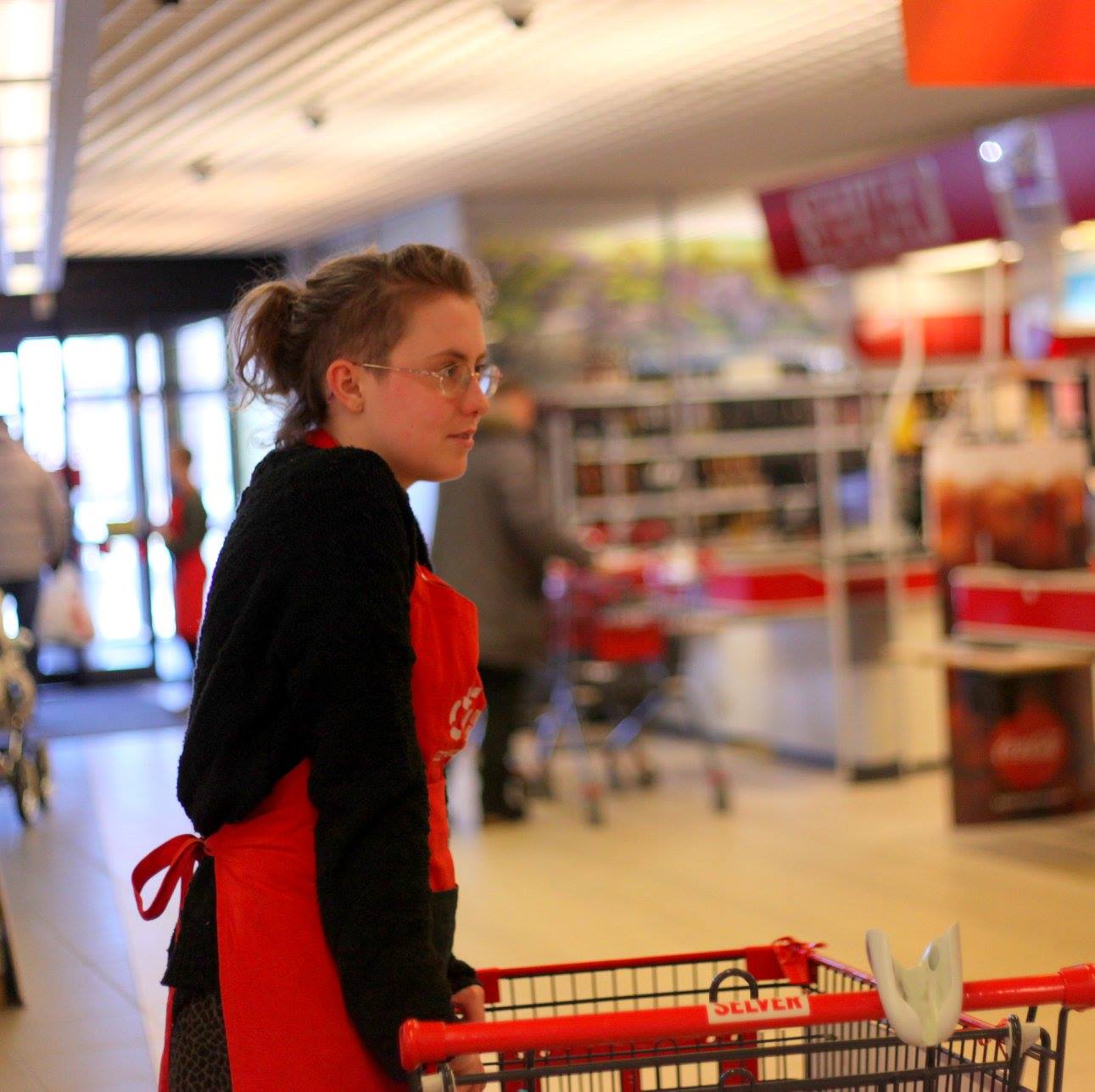 Where do you feel your identity is strongest?
Because of the way Britain separates its identity from Europe, I’ve always felt more of a British citizen, but living in Estonia has definitely strengthened my feeling of EU citizenship.I’ll be voting to stay in the EU.

Why do you think it’s important for Britain to remain a part of the EU?

Although there are definite issues regarding the structures and ideologies of the EU, like its neo-colonial features; I believe that it has a primarily positive impact on the UK. We see in when it comes to equality, rights, migration and the environment, plus many more issues.

What will you do if Britain decides to leave the EU?

Since I’ll be returning to live in Scotland, this will be dependent on what Scotland decides to do; whether it will vote again on independence. Apart from that I’ll be pissed off that it will be that much more difficult to come back to Estonia – or all the other great places in Europe where I’d otherwise consider working, studying and living.

Linkedin
RELATED ARTICLES
OTHER ARTICLES
Photographer Bud Glick recounts documenting everyday life in the area, and what it taught him about the Chinese immigrant experience.
To mark the premiere of his new documentary on surfing giant Gerry Lopez, the filmmaker and former pro skateboarder sits down to share his unique brand of wisdom.
The author discusses her new memoir, which offers a sobering reflection on the racism and otherness she’s experienced along with a joyful celebration of her culinary heritage.
A series of photos by the late Jerry Dantzic taken in 1957 show a tender side to the iconic Jazz musician.
Yesterday, rail workers came together to protest poor pay, working conditions and job cuts in their latest round of strikes.
Following the release of his latest album, the rapper talks about finding a new approach to songwriting, attitudes to poverty, and why his music is more than a political statement.