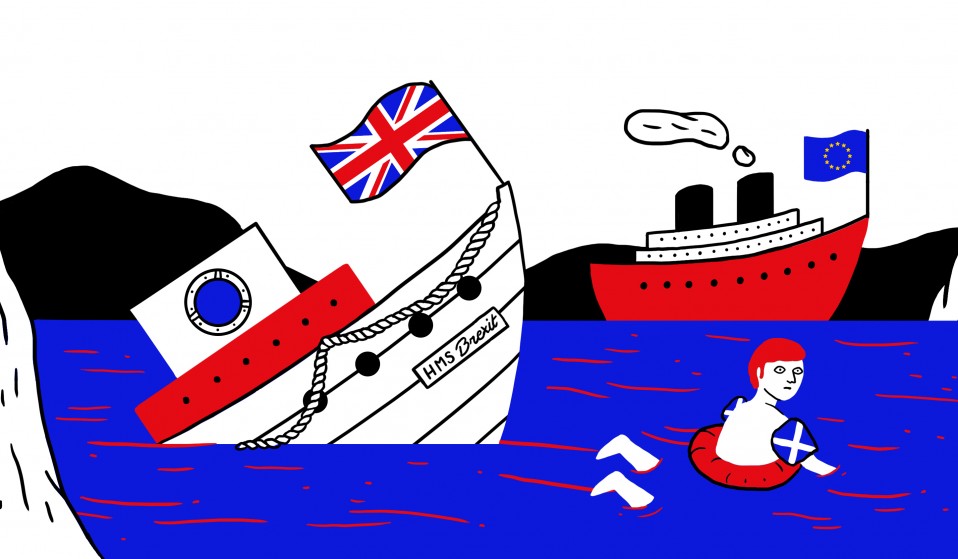 We’ve turned our backs on Europe, our tiny, drizzly island looks set to become more isolated than ever before. But young people in Britain didn't vote for Brexit, and many are desperate to soften the blow.

We’ve turned our backs on Europe, our tiny, drizzly island looks set to become more isolated than ever before. But young people in Britain didn't vote for Brexit, and many are desperate to soften the blow. One possibility that’s occurring to thousands of us is reclaiming the heritage of our ancestors from the continent.

While post-Brexit tremors continue to reverberate across the UK, we’re not all waiting around for Boris Johnson and Theresa May to negotiate away our futures. Many of us are scouting out our options, and the descendants of thousands of European immigrants are scrambling around in attics for documentation that might mark their right to a new passport. Turns out if your family moved to Britain from an EU state in the recent past, you might be entitled to dual-citizenship, softening the Brexit blow.

Brexit, for those of us who voted to remain, has been pretty embarrassing, and we’ve not even triggered Article 50 yet. Sure, we’ve all been acutely aware of our reputation as ‘binge-drinking-Blighty’ for years, and now the prospect of being able to smugly brandish a burgundy passport from another EU country and say, “actually I think you’ll find I’m officially from [insert name of obscure EU nation here]” seems more appealing than ever.

No one from our generation lived through a time before we were European: we’ve all got childhood memories of booze runs to Calais through the Channel Tunnel (well, I do), felt the frustration of visiting a whole load of countries on an interrailing trip but never once getting a passport stamp.

So, it makes sense that some young people identify more with European-ness than they do with Britishness. “I do feel a connection to London, but I feel like it’s a country in itself,” admits Lizanne, who’s got roots in Ireland, Russia and Romania.

“I find I detach myself in some way from my English heritage. I’m not big on patriotism, I feel let down by the people in charge of this country so I’m not happy to blow smoke up their arses and pretend England is this fantastic place. And I don’t take as much pride in my English heritage as I do in the other places I’m from.”

Lizanne is one of a growing number of young people scouting out their heritage, and examining the rules and regs of various European states, desperate to qualify for citizenship somewhere. The law varies from country to country, but having a grandparent born in your desired location looks like a pretty good start.

My own circumstance when it comes to reclaiming a European citizenship is riddled with distinctive complexities. As a German Jew forced to leave his home during the war, my Grandad was made to change his name, undergoing a series of complex procedures in order to first be naturalised, and then to be eligible for British citizenship.

Legislation introduced in Germany after the war ended grants any German stripped of their citizenship on ‘political, racial or religious grounds’ the right to re-naturalisation in the country, including descendants, up to grandchildren (that’s me).

The holocaust link presents a sensitive case to navigate, but so do many other ancestral connections, for different reasons – families who have consciously distanced themselves from their heritage in the past are now having difficult conversations with themselves about re-establishing broken ties; sometimes, breaching the discussion with older generations can be hard.

“I don’t even really know that much about my dad’s history because he would never speak to me about it growing up – he had a difficult childhood and it was always a very hush-hush subject,” 22-year-old Ella tells me. She’s currently in the process of convincing her dad to claim Irish nationality, so she can follow suit.

“Obviously Brexit has affected opportunities for me and my little sister, and we’ve raised the discussion with him about getting an Irish passport, and with those discussions he’s opened up a bit more. I think it’s one of those things he’s just pushed out of his memory.”

The disappointing referendum result has left half of the UK (well, 48% of us) feeling frustrated and disillusioned with the place we’ve called home; and, as we know, this is particularly poignant for the 18-35 bracket, whose future prospects have been tangibly marred. Ryan, 30, is also exploring his options for claiming Irish citizenship: “As I’ve got older, my Irish roots have felt stronger, to the point where I want to take steps to formalise my dual nationality,” he tells me. 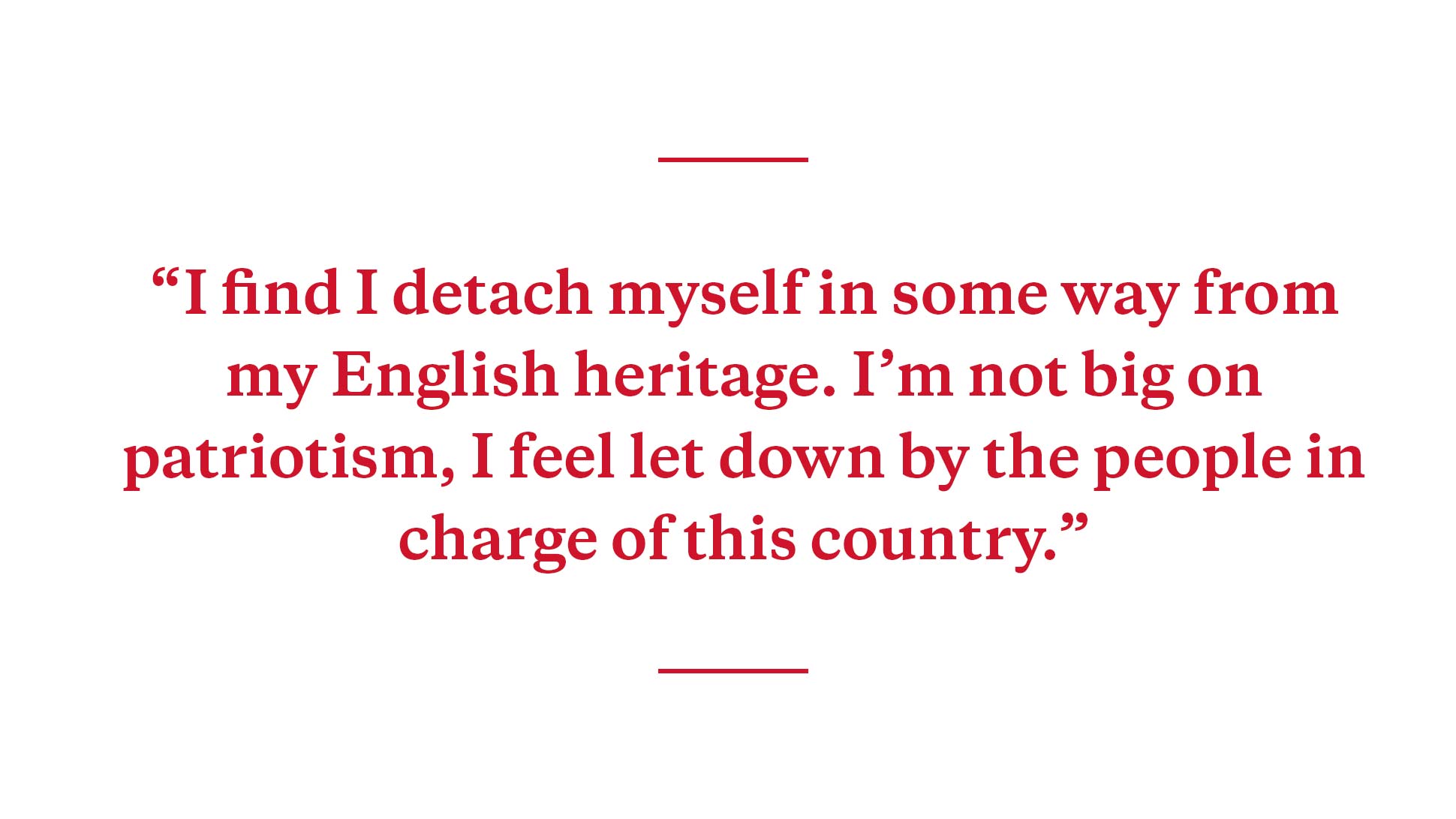 “Recent developments in the UK feel as though they have alienated me – the Conservative majority, and now Brexit. The more time I spend in Ireland, the more I feel it reflects my own views in terms of helping the person to the right and left of [me].” Ryan says he sees the UK lurching rightwards, “I struggle to reconcile the actions of my government and the voting of the nation with my own values.”

The emotional consequence of recreating an identity within a new framework of nationality was basically non-existent. The people I spoke to were feeling positive – if anything, excited – about the prospect of dual nationality. Lena, 22, has a diverse European heritage, with strong family ties to Sweden and Poland; she’s not connected to England by blood, she says, and has “always felt fairly satellite from [her] birthplace.”

“I always thought it would be cool to have multiple passports. Some of my friends did and I was really jealous!”

It’s a running theme – given the opportunity to sit with the cool kids in the EU canteen, distanced from the narrow minds and racist attitudes of the 52%, young Brits are jumping at the chance. It’s a classic ‘grass is always greener’ mentality, but Brexit has given us something concrete to look to the continent for. “It’s Freedom of movement within Europe and the feeling of being connected to something bigger than a small island,” says Lena, and it’s a sentiment which is pretty much echoed across the board.

For me, the significance of looking to Germany for EU membership when so many were stripped of their citizenship during the war is poignant; the German government has made some significant moves to show tolerance and open-mindedness during the refugee crises, perhaps in an effort to counteract a reputation that has its origins nearly 100 years in the past.

It’s Britain, now, who has turned its back on equality and unity; it’s Britain that’s indulging more and more in xenophobia and racism. The further I can get away from all that the better, and to make it happen I might well be needing a German passport.

Linkedin
RELATED ARTICLES
OTHER ARTICLES
A new series of photos by Johny Pitts shines a light on communities and subcultures that have all too often been overlooked.
We introduce our series spotlighting the voices of people who’ve been impacted by anti-abortion laws and anti-choice protestors.
Last week, Tower Hamlets council removed its nudity-restricting licensing conditions in a huge win for London’s kink community.
Following the release of his latest album, the rapper talks about finding a new approach to songwriting, attitudes to poverty, and why his music is more than a political statement.
With the UK now set to run out of vaccines, people working in the sex industry – particularly outside of major cities – have been left especially vulnerable, reports Brit Dawson.
One year on from the fall of Afghanistan to the Taliban, Tiara Ataii speaks to those who have been forced to make the treacherous journey to Europe for safety, and the barriers and horrors they have faced.