News & Politics / Too little too late? Asking young Iraqis what they make of the Chilcot Report 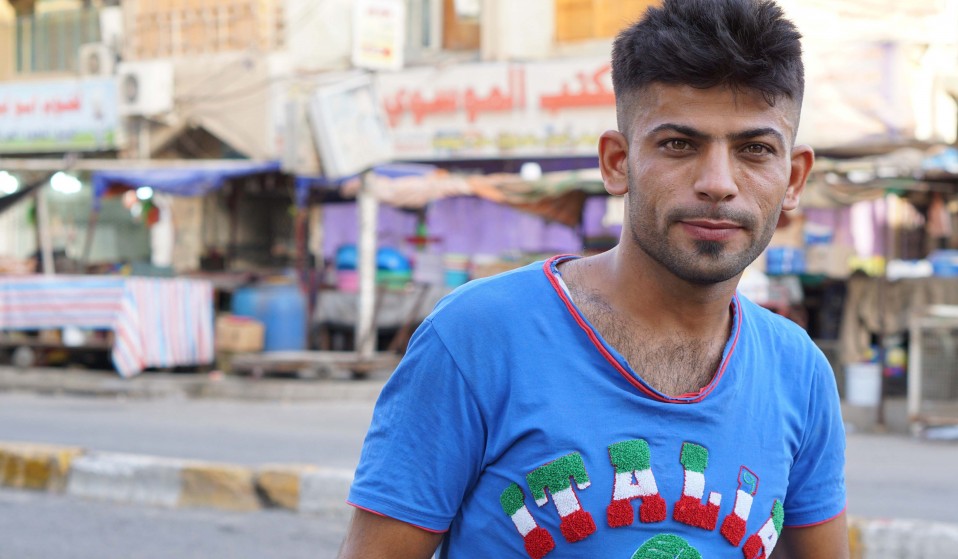 The Chilcot Report this week delivered a damning verdict on the UK Government's decision to invade Iraq in 2003, but for young people in Iraq does it mean anything?

The Chilcot Report this week delivered a damning verdict on the UK Government's decision to invade Iraq in 2003. For people in Britain this might act as some comfort, those responsible may soon be held to account, but for young people in Iraq does it mean anything?

The exact number of civilian deaths in Iraq since the 2003 invasion will never be known, but estimates place the figure somewhere between 200,000 and one million.

After tremendous pressure was places on the UK Government, 6 years after the Iraq invasion, Gordon Brown commissioned the Chilcot Inquiry, charges with producing a report that would look into the circumstances under which the war took place.

The process, which costed over £10 million and took over 7 years to provide results comes in at over 2 million words, but in reality there’s very little inside it that you couldn’t find out from spending five minutes with your average Iraqi, and fails to rule on whether Tony Blair, then Prime Minister of Great Britain, should be tried for war crimes.

The report, and the subsequent coverage in the UK media, has been focussed entirely on what this means for the UK, and any future interventions. But what do young Iraqis, who grew up in the midst of the destruction, make of it all? 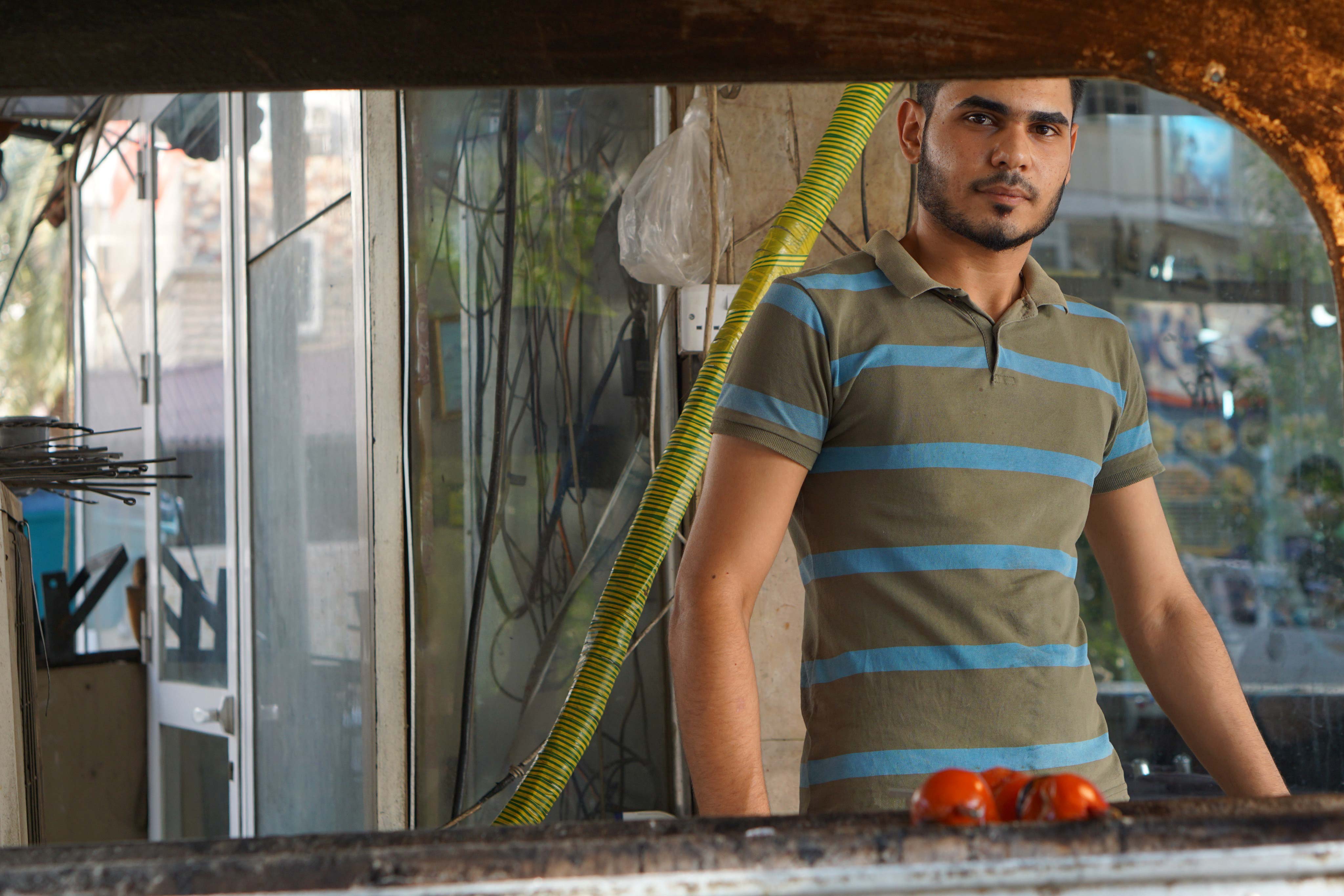 “After the Americans occupied Iraq, they destroyed us. All this that has happened from 2003 until now is because of them.

“During the occupation years, life was really tough. We have had to move from house to house looking for safety. We left our cars behind, our income, and only took clothes with us.

“For sure the US-led invasion was illegal. The Chilcot Inquiry is useless, they have already entered Iraq, taken what they wanted, caused destruction, killed innocent people, and closed off areas. Telling me what US and UK should or should not have done 13 years ago is useless to me now.” 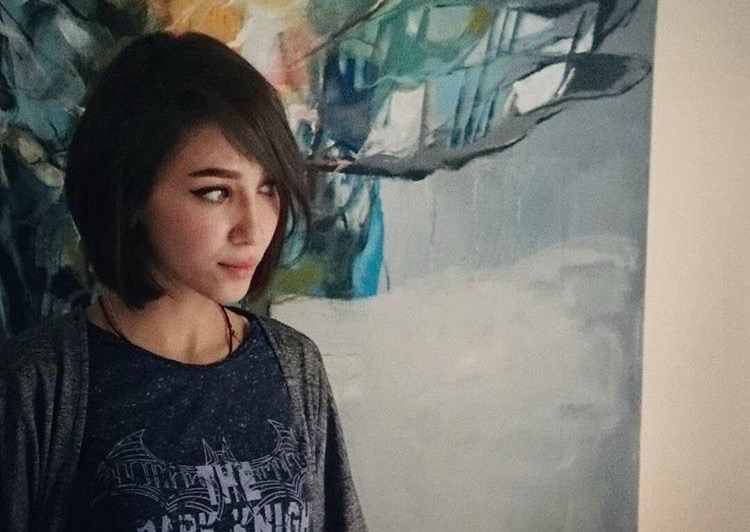 “At the time of the US-led invasion I was still a child and did not understand what was going on or what is the outcome of this invasion would be, but I was happy to get rid of Saddam Hussein and his dictatorship. I think we needed to have an intervention in one way or another. The people in Iraq needed a new beginning to start over again and this invasion gave us one.

“The situation is getting worse and worse in Iraq nothing has changed since the invasion except now we can protest against the government. The invasion is to blame, however, for the situation in Iraq. They are guilty for what they have done and what they are doing. The Chilcot Inquiry is not useful; it’s not going to change anything!  It’s too late.” 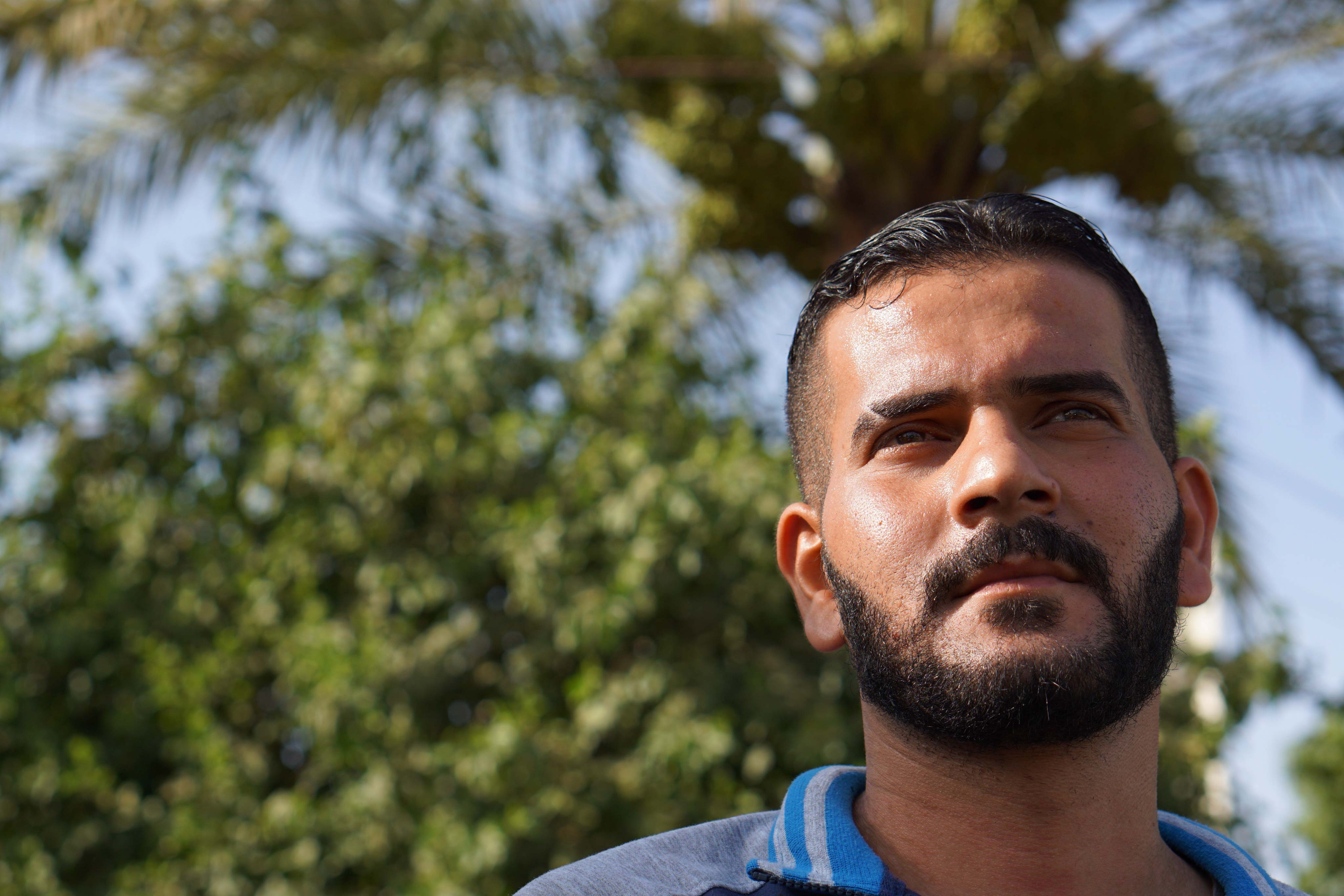 “The American invasion is comparable to a game. Saddam was just a pawn in the hands of the Americans, nothing more, nothing less. As soon as he stopped being a pawn, they [the Americans] entered on the Iraqi people. The Iraqi people are just victims in all this, the explosion that happened, the Americans were the cause of it.

“Nobody rejoiced when the Americans entered, at the time people saw positives and negatives of the invasion. But now, all we see is negative. Life when they first entered is better than the life we live now. Was there ever a time when over 200 people were killed in a matter of minutes? Now Iraqis are killing each other.

“Where was the UN Security Council when America and Britain entered Iraq? Where were they? If it was an illegal war, why did they not stop them? The Chilcot Inquiry comes out now, so now they decided to think that the Iraq war was illegal? Now? After having already sent the troops in and causing bloodshed?” 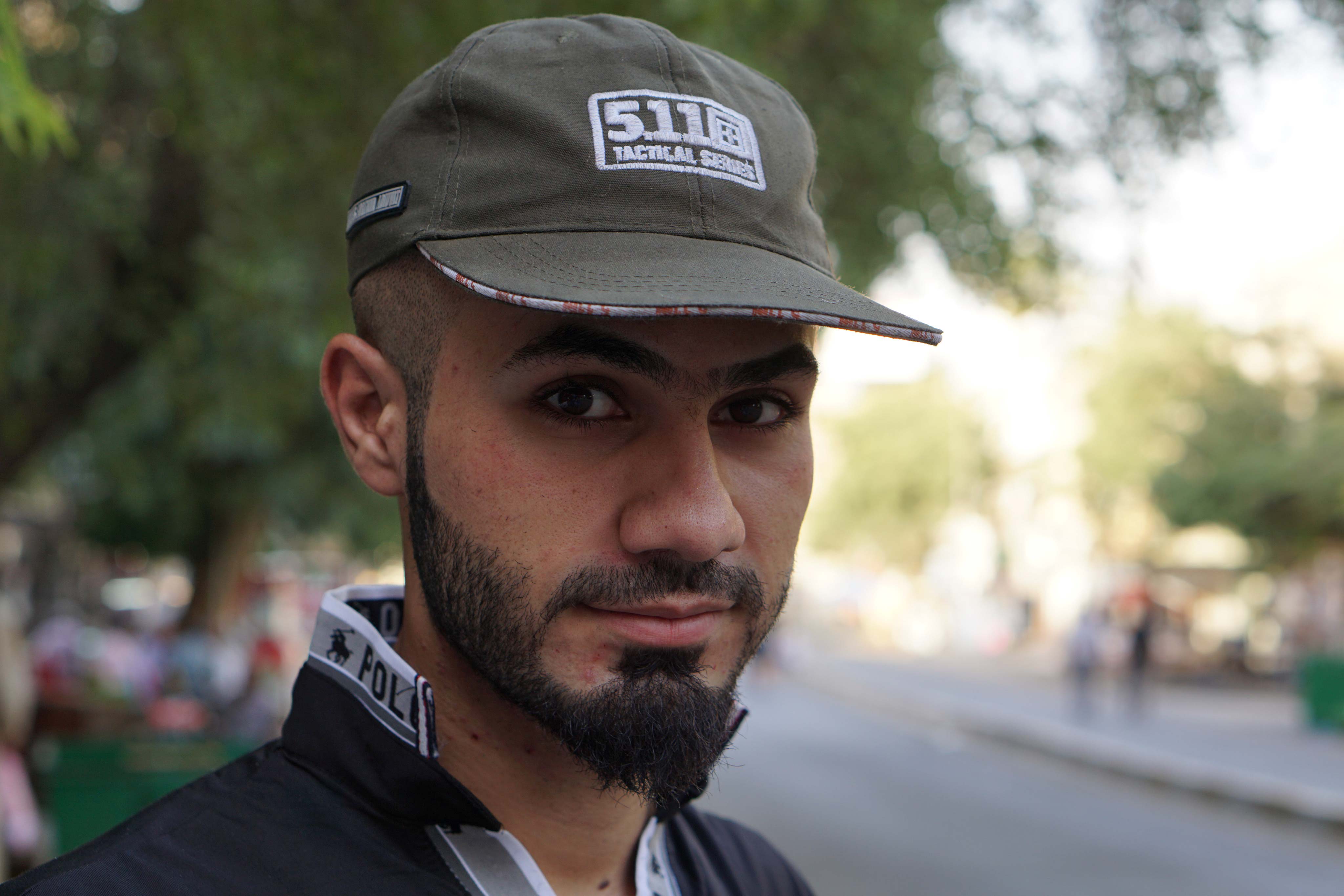 “I was 15 when the Americans entered and back then times were hard. We lived under sanctions and had lots of pressures against us. So when the Americans first came, we did not know what to expect after the invasion, if they were here to help us or not. The Americans would tell us that the invasion was for liberation, for freedom and for humanitarian principles. But with what has become evident to us now is that it was all lies. We are living in horror now. Especially for us as youth, our lives are lost, our futures lost too.

“Regardless of whether the Americans are in Iraq or not, we still consider that Iraq is an occupied country because they Americans had made plans for Iraq which we are still following until this day. Just look how cheaply they are able to get oil from Iraq now.

“What was even the point of  the Chilcot Inquiry? Is it going to change the plans they’d already made for Iraq? Of course not.” 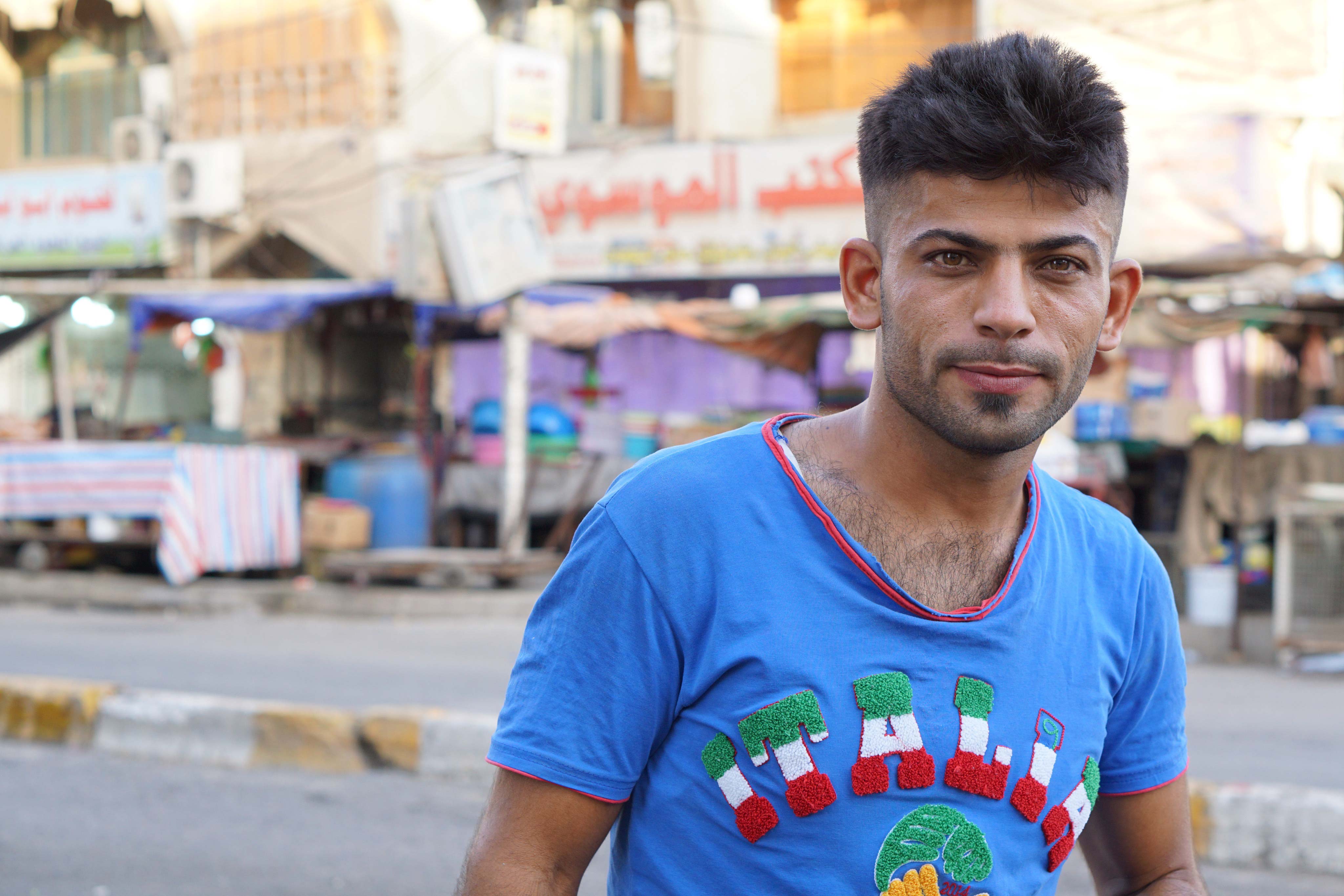 “We got rid of despot after the American invasion, that’s it. But everything that is happening now in Iraq, the bombs and death, is all because of the American occupation. At the time of the invasion some of us were just happy to get rid of Saddam in any way, but now that time has passed our thoughts have changed.

“Look at the explosions recently, all the families destroyed, the children dying all because of the American invasion. They really hurt us, they should never have entered our country.

“The Americans and British have entered Iraq, what’s the point in having the Chilcot Inquiry, they’ve already entered and caused the destruction.” 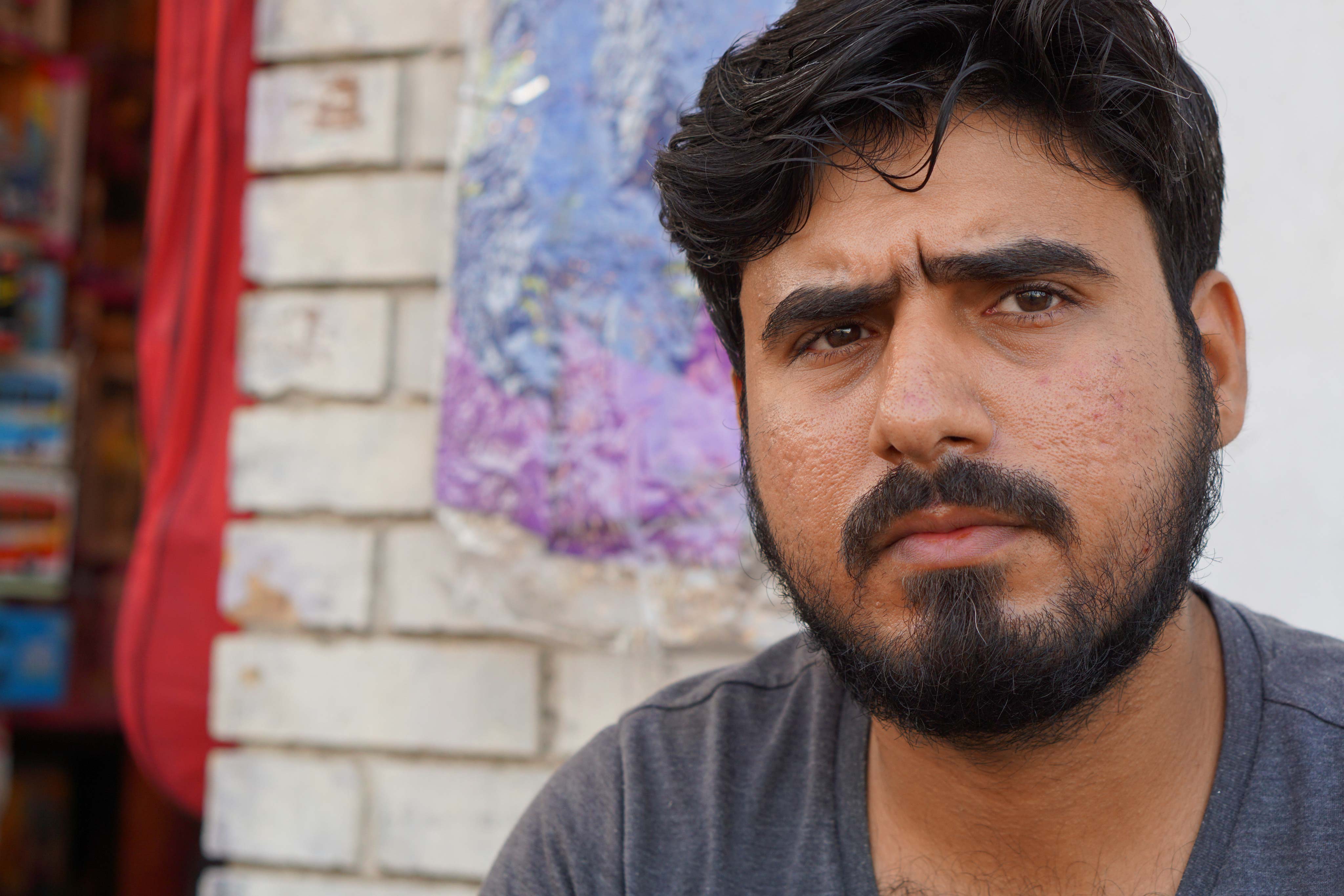 “When the Americans invaded Iraq, the first thing they did was bring anyone corrupt along with them on their tanks. Any corrupt Iraqi living abroad, they brought them here and made them the rulers of this country now.

“We knew very well that American invasion was going to cause us trouble. From 2003 until this day its been bad. They brought is sectarianism, they brought is terrorism. Who is going to take responsibility for all these deaths? It all lies on the shoulders of George Bush.

“The Chilcot Inquiry is published now, now you tell us that they should not have tried to invade us? Now? In 2003 every nation, including our Arab neighbours, gave their approval for Americans to enter Iraq. Had one or two nations stood up for us, we would not be in this situation we are in now. Is this Chilcot Inquiry going to return any of the martyrs back? Will the mother be able to speak to her son again?”

Linkedin
RELATED ARTICLES
OTHER ARTICLES
Photographer David Hoffman recalls documenting the extreme wealth inequality around Tower Hamlets and Hackney int the 1980s.
On the fifth anniversary of the tower fire, around 18,000 joined the walk to remember the 72 dead and to demand justice.
Over a dozen Stop Deportation activists locked themselves to each other outside a detention centre to prevent coaches taking those due to be on the Rwanda deportation flight from leaving.
A new report has found that the majority of Britains approach trans issues with compassion. It’s about time this was reflected by our media landscape.
The author discusses the all-consuming nature of heartbreak, and turning the experience into an incisive exploration of love and loss.
Freddie Miller’s new series of photographs investigates who today’s trainspotters are and what drives their unfettered enthusiasm.