News & Politics / Zarah Sultana: ‘We cannot put anyone above the law’ 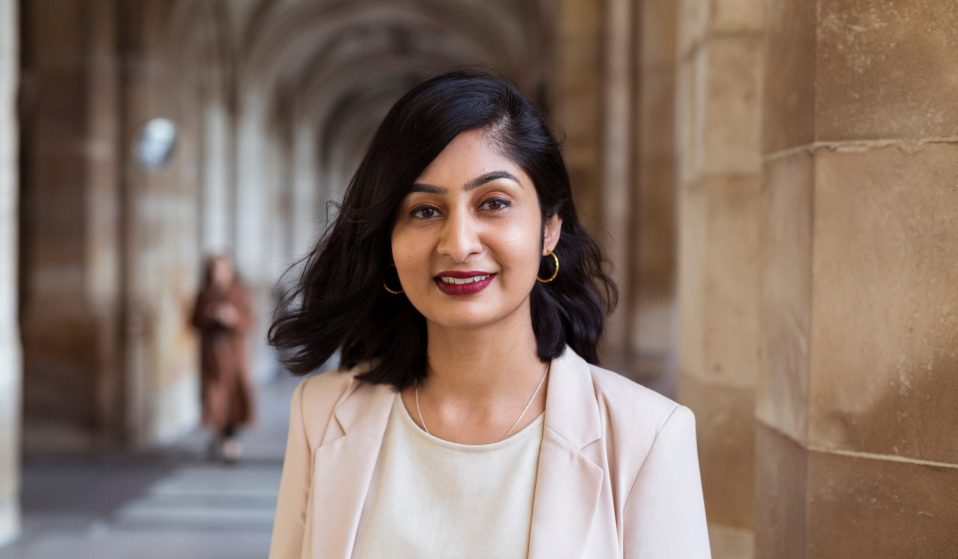 Last week, three Labour MPs lost their roles after voting against a bill which restricts British soldier torture prosecutions. Zarah Sultana MP explains why she took a stand against the bill.

Last week, three Labour MPs – Nadia Whittome, Beth Winter and Olivia Blake – all lost their roles after voting against a bill which restricts British soldier torture prosecutions. Zarah Sultana MP explains why she took a stand against the bill.

In September 2003, in Basra, Iraq, a 26-year-old receptionist called Baha Mousa was detained by British soldiers. In a British base, Baha was hooded and beaten, before he died in custody. He had sustained no less than 93 injuries.

Seven soldiers were charged with this crime. All but one was acquitted. A public inquiry, released in 2011, found that Baha and other detainees had been assaulted by a “large number” of soldiers and that many others – including officers – must have known what had happened. Baha, it said, had been subjected to “gratuitous violence” and it condemned the Ministry of Defence’s “corporate failure” for the use of “banned interrogation methods” in Iraq.

If there was any doubt, this case shows that the British Army is not, and has never been, infallible. And if we are to defend basic liberal values, uphold international law, and speak with moral authority on the world’s stage, then we must hold the British Army to the highest of standards. We cannot put anyone above the law.

But this is precisely what the Overseas Operations Bill – which passed its second reading in the House of Commons last week – would do. It contains a so-called ‘triple lock’ against the prosecution of soldiers operating overseas. One of these ‘locks’ is a presumption against prosecution for alleged offences committed more than 5-years-ago. It makes no exemption for torture, war crimes, or crimes against humanity.

This is a dangerous prospect: war crimes don’t stop being war crimes after 5 years, and the prohibition against these crimes must be absolute. The crimes inflicted upon Baha and other Iraqis during Britain’s most recent occupation are – and will always be – gross injustices.

But in the eyes of British law, this could be thrown into doubt if this bill is passed. In the words of a former chief of defence staff, the bill “lets torturers off the hook” and provides “room for a de facto decriminalisation of torture”. Amnesty International and a host of other human rights organisations agree. And, as Freedom From Torture note, the bill is inconsistent with our obligations under the Geneva Convention.

The 5-year limit also builds in a dangerous incentive to delay investigations and hold up charges until the time limit ends. This is particularly concerning since the Ministry of Defence is already known for failing to investigate itself, as the Minister for Defence People and Veterans has himself acknowledged.

Even by its own standards, the bill fails. The government claims it is about protecting soldiers from “vexatious” legal claims, but really, it is about protecting the Ministry of Defence. It creates a new time-limit for former personnel to claim compensation for conditions such as post-traumatic stress disorder – this is why even the Royal British Legion has criticised it.

Conservative MPs often boast that Britain has a proud record of upholding the rule of law. That we are a champion of justice on the world’s stage. Time and time again this is shown to be a farce: from selling billions of pounds of arms to the Saudi dictatorship for its war in Yemen, to failing to take action against the Israeli government for its consistent violations of international law against the Palestinian people.

But even for this government, passing this bill would mark dangerous new ground in its disregard for human rights. There should be no doubt: when the Overseas Operations Bill next returns to the House of Commons, it must be opposed.

Linkedin
RELATED ARTICLES
OTHER ARTICLES
In his 2008 series, the photographer pictured himself as Angela Davis, Martin Luther King Jr., Malcolm X, and other prominent figures.
As the Scottish government announces a rent freeze, an activist with Living Rent who fought and won shares how they did it, and what must come next.
Cindy Campbell recounts how her brother ushered in a new era of musical culture at a party she held in the Bronx in ‘70s.
A 37-year-old woman shares how her abortion led her to become a clinic worker, and the abuse she’s received in that role.
By turning a real-life crisis into daytime television fodder, TV bosses have once again shown themselves to be completely out of touch with audiences.
Sean Maung’s photos are a love letter to the Black and brown communities that make up New York.