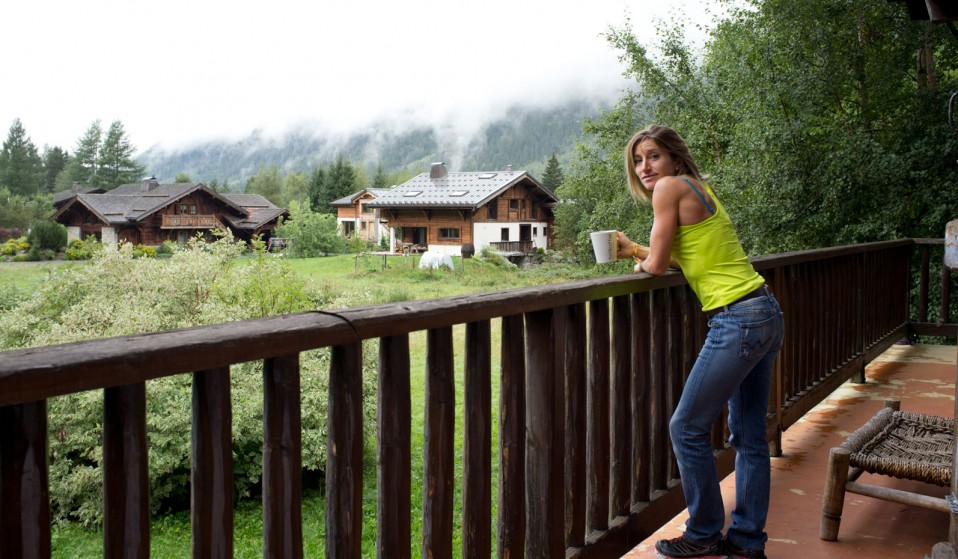 Amandine Ferrato gave up competitive running to travel the world. She found a new outlook that led to a national team spot — and thrilling results. Her journey is part four in our Huck x Hoka One One series, looking at mavericks who found a new perspective through running.

Trail running is nothing like the 100m sprint. There is no swagger at the start, no golden spikes, and no agonising wait while the judges deliberate over the outcome of a super-tight photo finish. Razor-thin wins are not the norm at all.

In fact, it wouldn’t be unusual for several minutes to pass between the runner who finished first, arms aloft, and the guy, or girl, who came in second.

Except one sunny day in June this year, the opposite of that became true. And the crowds lining the route into the tiny village of Badia Prataglia in Italy were treated to a finish so dramatic, it wouldn’t have looked out of place in a packed Olympic stadium.

The race, which also happened to be the World Trail Running Championships, saw Amandine Ferrato of France finish just three seconds behind her compatriot Adeline Roche. 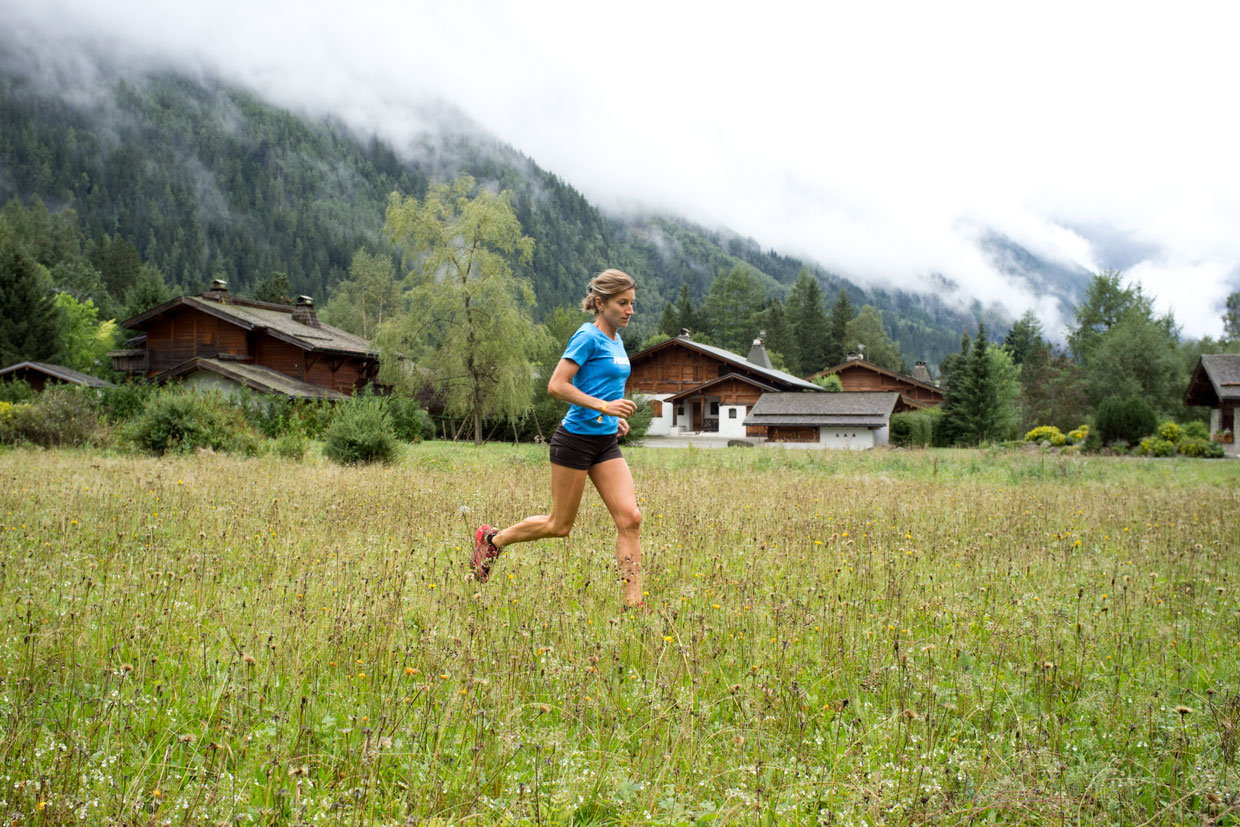 That’s a crazy-small margin given they’d been racing for five hours, over 50 kilometres, through the brutally steep forest mountain trails that characterise this northern Tuscan backwater. But what was even more surprising than the theatrical finish was the fact Amandine hadn’t actually wanted to win.

To understand why, we need to zoom out from the race and rewind back to the beginning. Amandine wasn’t a particularly sporty kid. She liked phys-ed at school but did nothing beyond that. Hot-housed by competitive, athletics-loving parents she was not.

“Kids today do everything,” she says. “They do all kinds of sport when they’re young, but it wasn’t like that then in my village. It just wasn’t something people did.”
Still, when she finished her studies and had more time, the 20-year-old decided to give running a go and found she liked it — a lot. She even joined up with a club and coach and entered road races and 10km events.

But she soon grew tired of it all. She got sick of the relentless pacing and focus on times. She did some mountain biking, but then decided to go travelling, embarking on a 10-month trip through Central America, Asia and Australia that would radically change her mindset and shape her worldview. 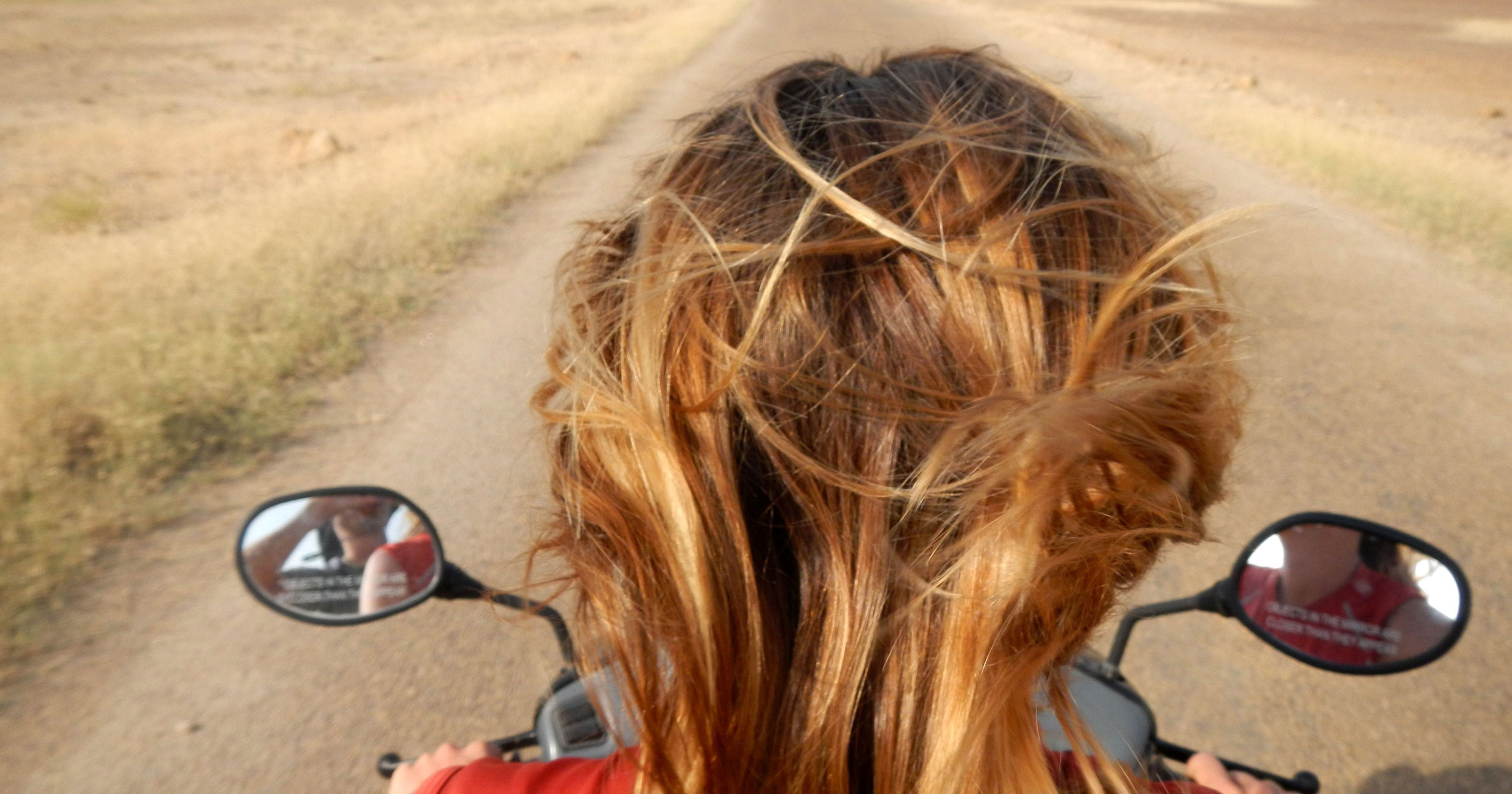 “It definitely changed my state of mind; my way of viewing the world,” she says. “I was living like a local, consuming less, being in touch with nature. When I came back to France, I felt stifled by consumerism. I wanted to live more simply.”

She stayed with a friend who lived near a hill, which loomed large in her imagination, so she started running up it. “I got a lot of pleasure doing that,” she says. “I liked the contact with nature; the calmness and simplicity of it. It helped me find myself and wake up to what I wanted to do next.”

Some friends entered her in a trail running event, and even though she had no kit and her “trainers were terrible”, she surprised herself by winning. She got a cash prize, which enabled her to buy some decent trail running shoes. “I kept them very preciously,” she says, “like a collector.” 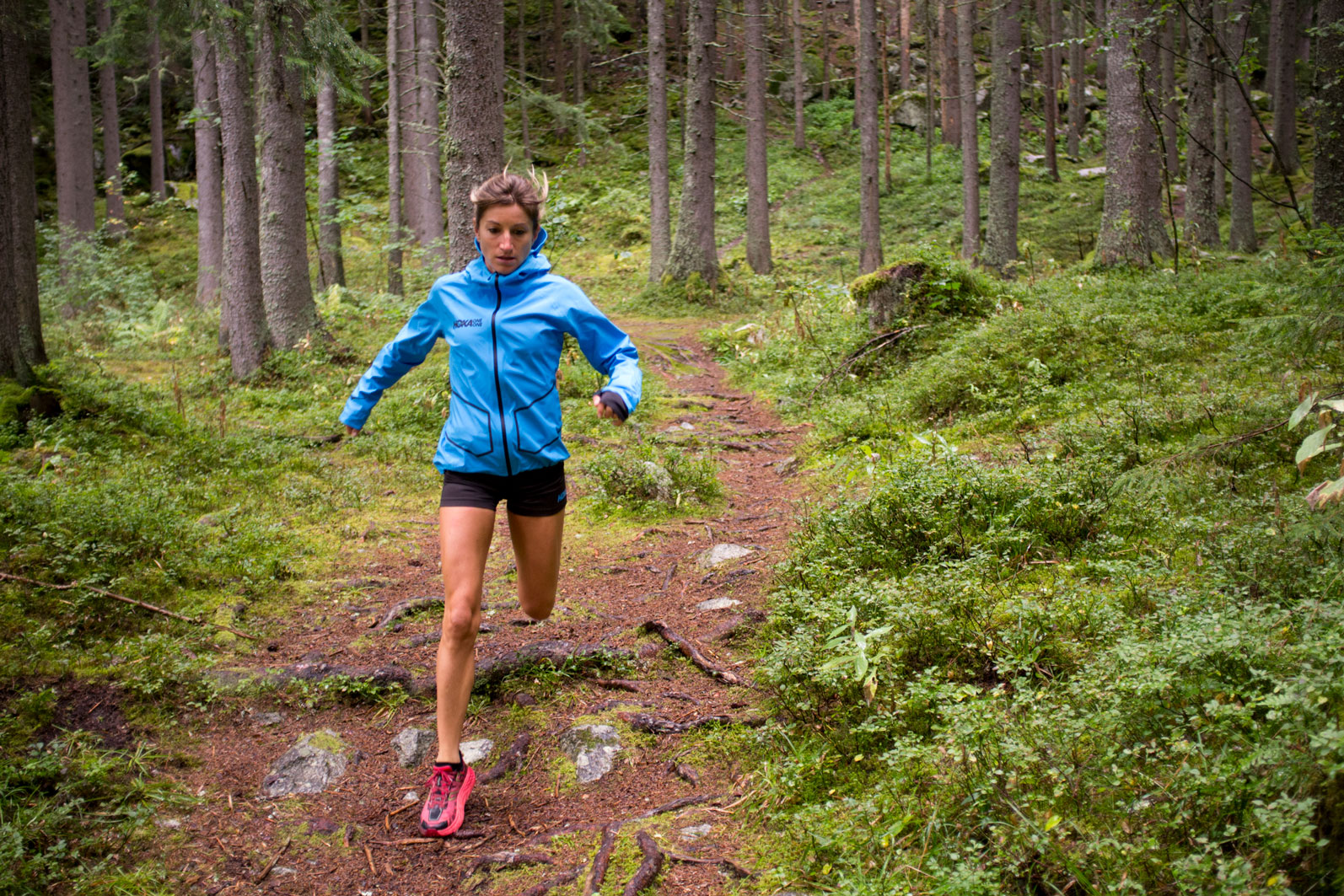 After that, “the current kind of took me along.” She did some more races and this year, she found herself in the French team ahead of the World Championships.

Amandine became good friends with her teammates, and was especially close to Adeline Roche, the runner who would finish just ahead of her in Badia Prataglia.

During the race, Adeline led from the start with a small group of other runners, while Amandine was comfortably placed in the group behind them.

Yet by the halfway-point Amandine had moved up to second position behind Adeline, who by now was two minutes ahead. Then the leader had some stomach problems so Amandine caught up, and the two of them ran the end of the race together, neck and neck.

Amandine appeared to have a chance to go ahead and win the race but she didn’t take it, then Adeline sprinted for the line and won by three seconds.

“It’s very rare to have as close a finish as that,” says Amandine. “We were together, the two of us. We hadn’t prepared for it to be like that. I had a conflict in my head: I couldn’t pass her, out of respect for our friendship and the race. I thought we’d cross the line hand in hand.” 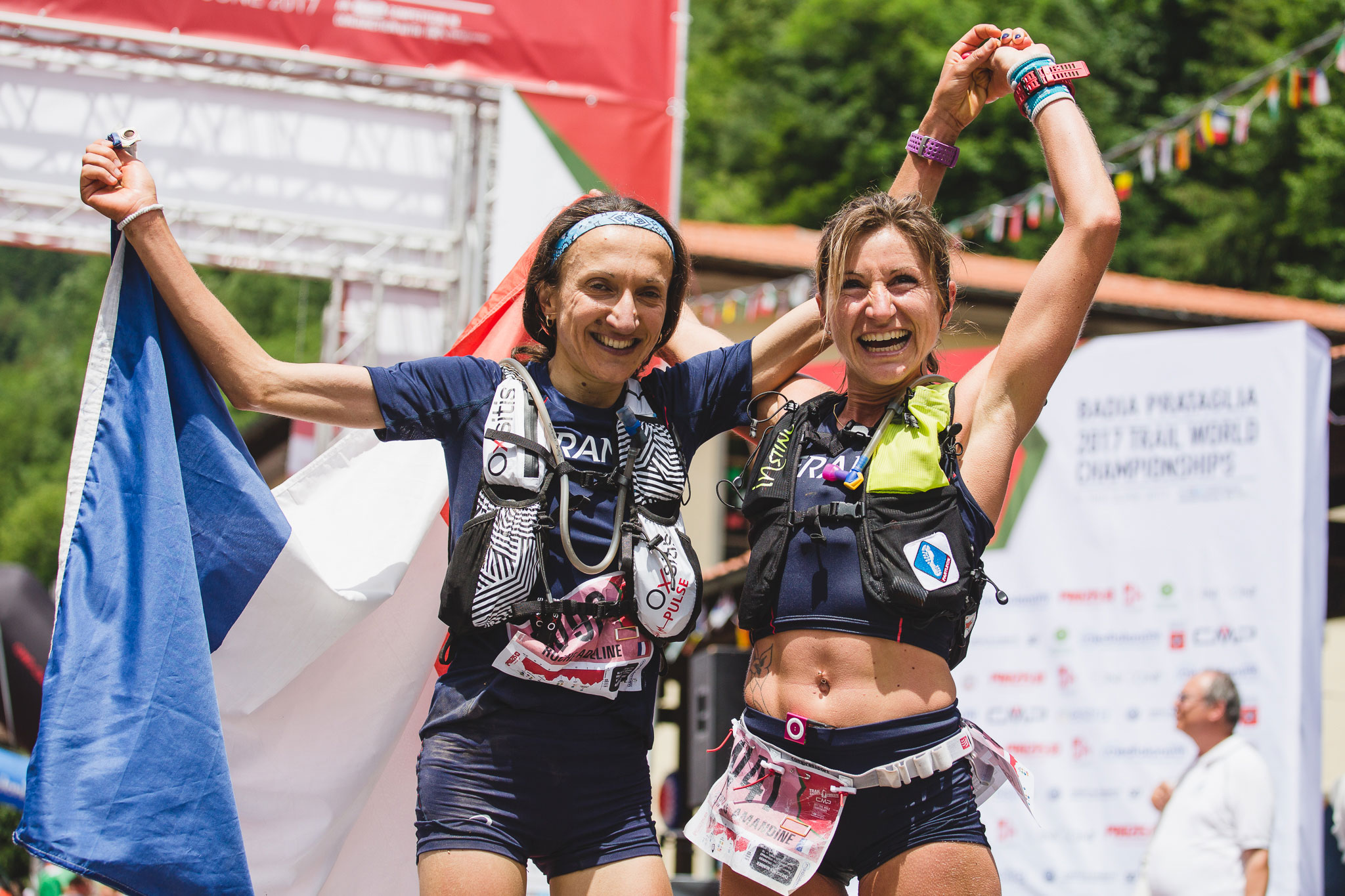 But Amandine has no regrets about the way things turned out. In fact, in the video of the finish she looks even more elated with her second position than Adeline was coming first.

“I am very much an emotional person,” she says. “I feel it in my heart, where as she is much more rational and down to earth.”

“She is from a road-running culture, with times in her head, and I’m more from a culture of trail running and nature. To share (the podium) with her was one of the special things about that day. I might not do it again in the future, but at that moment I was very much in the moment, and reacting with my heart.”

Read more Huck x Hoka One One stories here. If you run, or are thinking about making running part of your life, you can learn more about the innovative SpeedGoat 2 trainers Amadine wears at hokaoneone.com

Linkedin
RELATED ARTICLES
OTHER ARTICLES
After voting to strike across England, prison teachers explain why they’ve been pushed to a breaking point.
A centuries-old tradition is offering families a way to honour the deceased, reports Arbab Ali.
We catch up with the singer in her London studio to connect the dots between music, painting and her relationship with the city.
SOAS Detainee Support detail the appalling conditions they witnessed at the dangerously overcrowded immigration centre in Kent.
A campaign led by ex-torture survivors and refugee organisations has left the Tories with no planes left to carry out their callous scheme.
The photographer reflects on a decade which saw the rise of MTV and the flourishing of new genres.