Travel / How can you help the Nepal Earthquake victims? 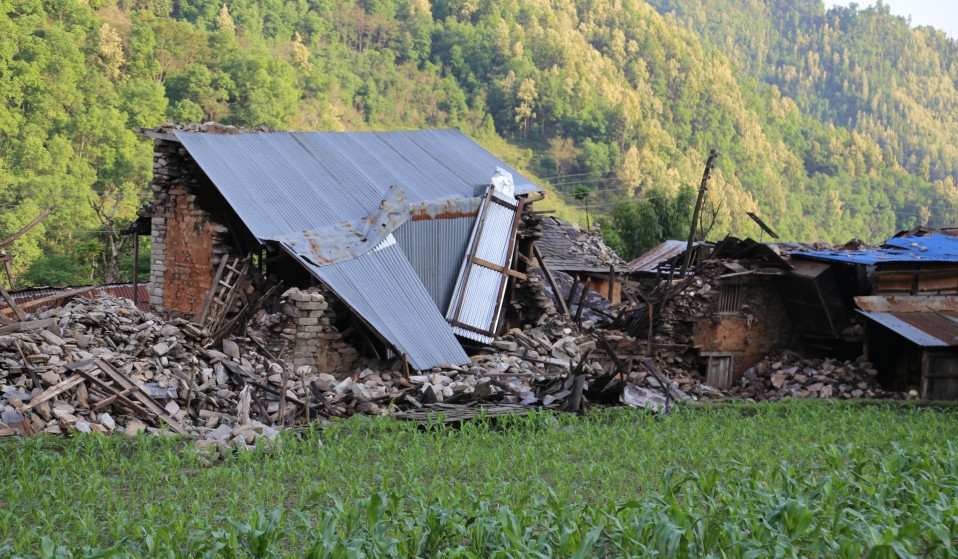 80% of towns and villages in Nepal's Gorkha region have been reduced to rubble. Liz Seabrook calls for support for volunteers working to help local people in an area where little international aid has yet reached.

80% of towns and villages in Nepal's Gorkha region have been reduced to rubble. Liz Seabrook calls for support for volunteers working to help local people in an area where little international aid has yet reached.

When Saturday’s earthquake hit Nepal, one of my oldest friends Seema was in Pokhara – about 40-miles from the epicentre. Thankfully, she went unhurt. The earth beneath her shook for seven long minutes, and when I spoke to her yesterday – five days after the initial tremor – still hadn’t settled, sending short aftershocks up to the surface.

On Sunday she wrote: “Update on life in Nepal. We’ve had another day of tremors starting from a 5.6 shake awake by mother nature a 5am this morning, everyone gathered on the street, the earth has been shaking all day, when I close my eyes I can feel it, its like being on a boat at sea, so strange so feel the ‘solid’ earth below on the move. No major damage where I am, but were having a sleepover tonight the hotel lobby as there might be more to come, everyone’s out sleeping outside their homes on the street and in gardens. We’ve just had news of heavy rain in Kathmandu adding to the devastation, and lots of rural towns and cities’ roads have been cut off by landslides, they’ve been seriously badly hit and desperately need aid. The shock of it all is still sinking in, we are still dealing with things as they come here and supporting each other, realising in the gaps in between how widespread this is and how hard hit so many places have been, its all so surreal.” 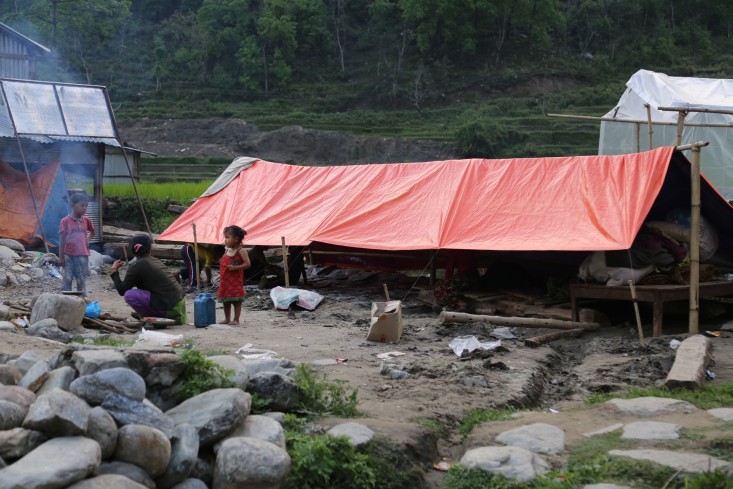 That day, together with a number of other guests at the Peace Eye Guesthouse, Seema set to work on an emergency support mission. Between them, they managed to get together an initial £1000 of aid to deliver to the villages nearby that were in desperate need of help – around 80% of towns and villages in the Gorkha region are in total ruin. Not knowing exactly what they would find, a few of them took the supplies in a truck. Whilst there, they gathered information about what was actually required in these areas – most crucially, shelter and water purifiers; much of the area has no clean running water. At base, the others launched a GoFundme page and began spreading word. 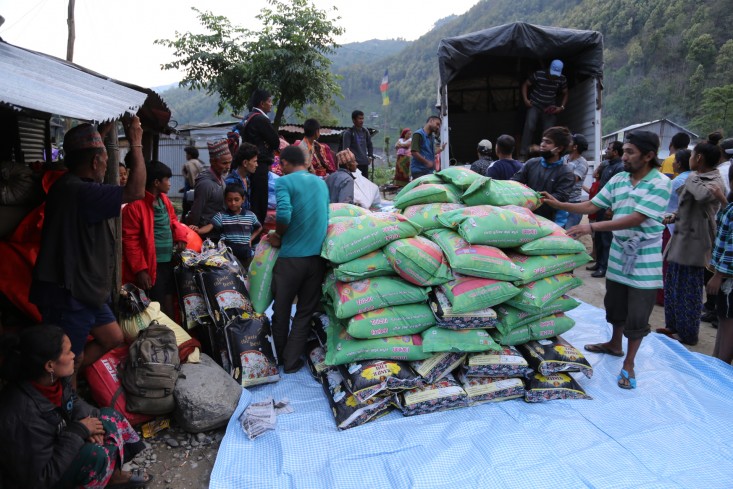 Over night the page, managed to bring in £1500. By Wednesday, with funds growing they had full access to the money that had been raised; they had hoped to take a jeep’s worth of supplies out the following day, and instead could hire and fill a whole truck. That truck contained: 99 tents, 79 blankets, rope, 25 sleeping mats that fit 3 people each, 200L of diesel, and 100 sacks of 25kg of rice, and more. All of this cost around £2000 and went to the village of Simjung, which had not received any international aid. 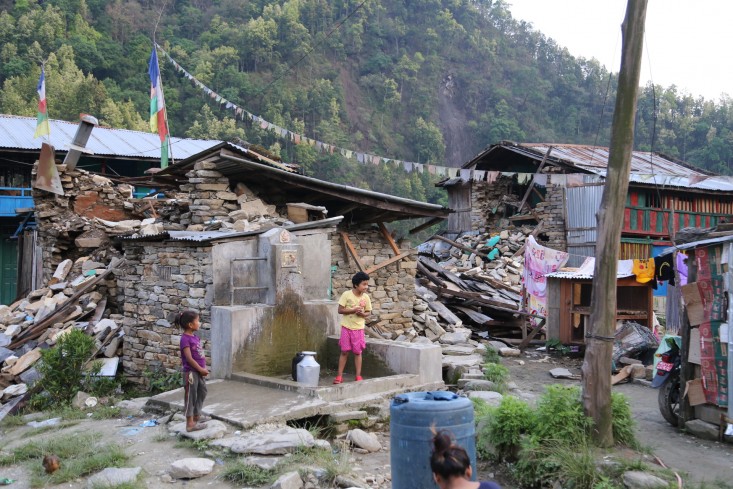 Their work continues and they’re working tirelessly to continue to get immediate aid to areas at the epicentre of the earthquake where international aid groups cannot yet reach.

Here’s a link to the GoFundme page.

Please give what you can, however smaller amount that might be. 100% of money donated is going directly to the cause, as GoFundme are not taking any percentage.

Linkedin
RELATED ARTICLES
OTHER ARTICLES
A new edition of a seminal book brings together iconic images of the band onstage in their full glory and backstage in moments of unguarded camaraderie.
Finland-born photographer Sirkka-Liisa Konttinen looks back on her decades-long documentation of life in Northern England.
Photographer David Hoffman recalls documenting the extreme wealth inequality around Tower Hamlets and Hackney int the 1980s.
Writers Gracie Mae Bradley and Luke de Noronha take on the callousness of borders, arguing for a world beyond them.
The past five years have seen a staggering increase in foodbank usage across the UK. Now, staff fear things are set to get much worse.
Photographer Arthur Grace recalls travelling through the Soviet Bloc and finding ways to evade the surveillance of his work.