Travel / The Festival of the Sahara: A cultural clash of old and new 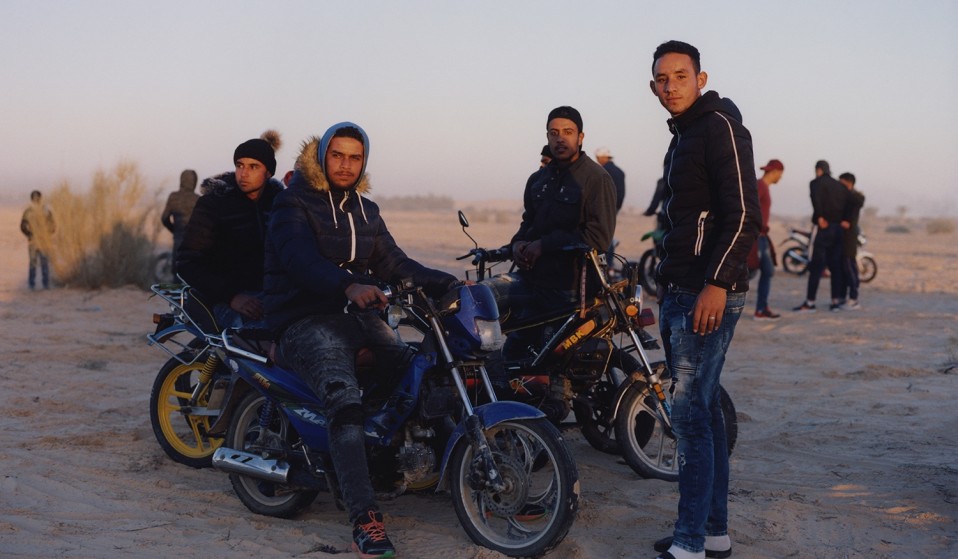 From camel racing to falconry, the annual International Festival of the Sahara is a four-day desert extravaganza celebrating Tunisian heritage and culture.

From camel racing to falconry, the annual International Festival of the Sahara is a four-day desert extravaganza celebrating Tunisian heritage and culture.

Each year, thousands flock to the desert oasis of Douz, Tunisia to celebrate northern African Berber traditions at a four-day festival. When stumbling across videos of the festival on YouTube, British photographer Sophie Jane Stafford was instantly intrigued. “I was drawn to it because it was depicted as the biggest celebration in the Sahara of desert culture,” Stafford says.

Starting out as a camel festival in 1910, the event eventually evolved into the International Festival of the Sahara and has become an important part of Tunisian heritage, celebrating nomadic traditions. Across the four days, horse and camel racing, falconry, dancing and parades all take place in the H’naiech stadium, encircled by Bedouin tents. 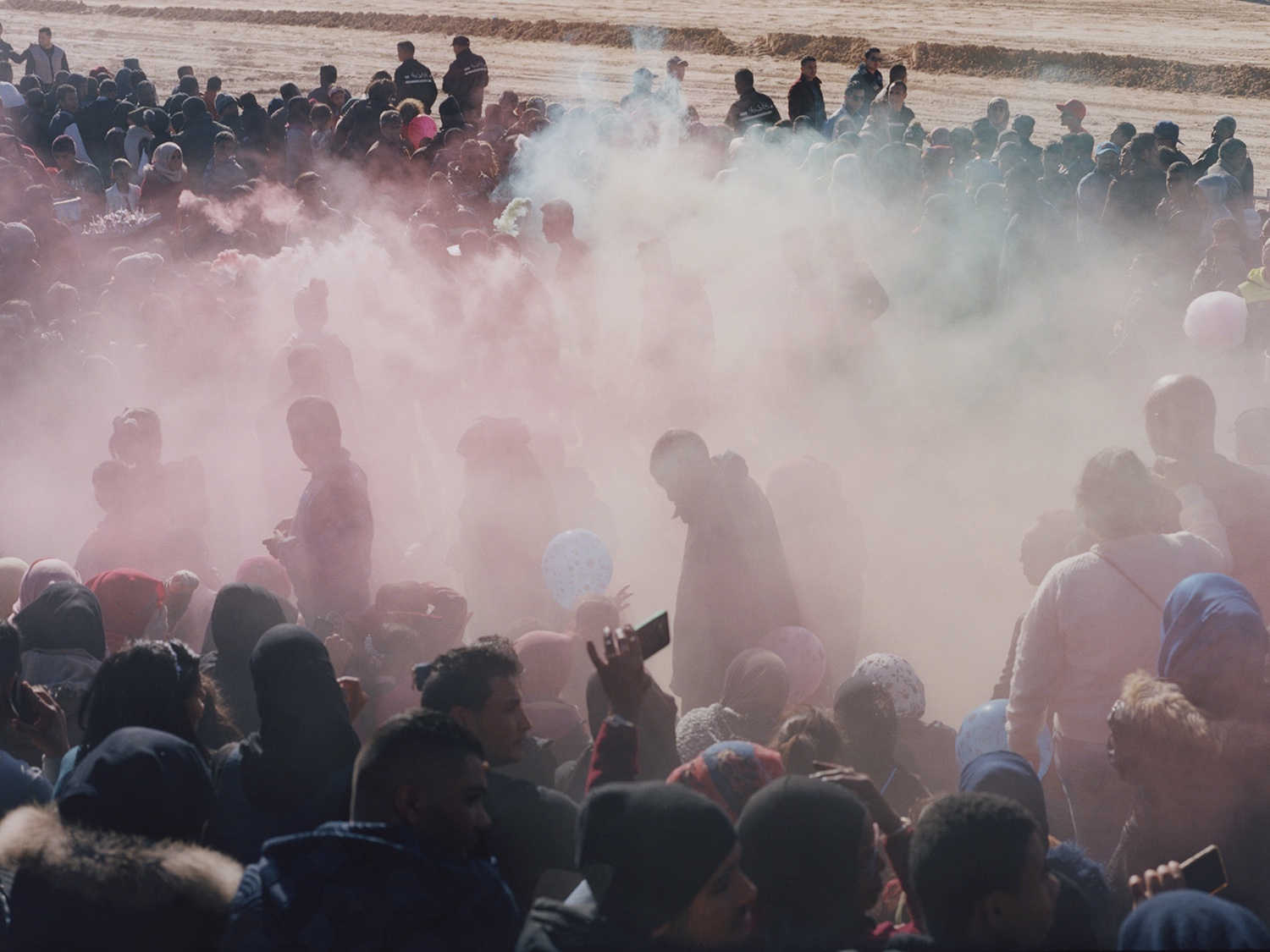 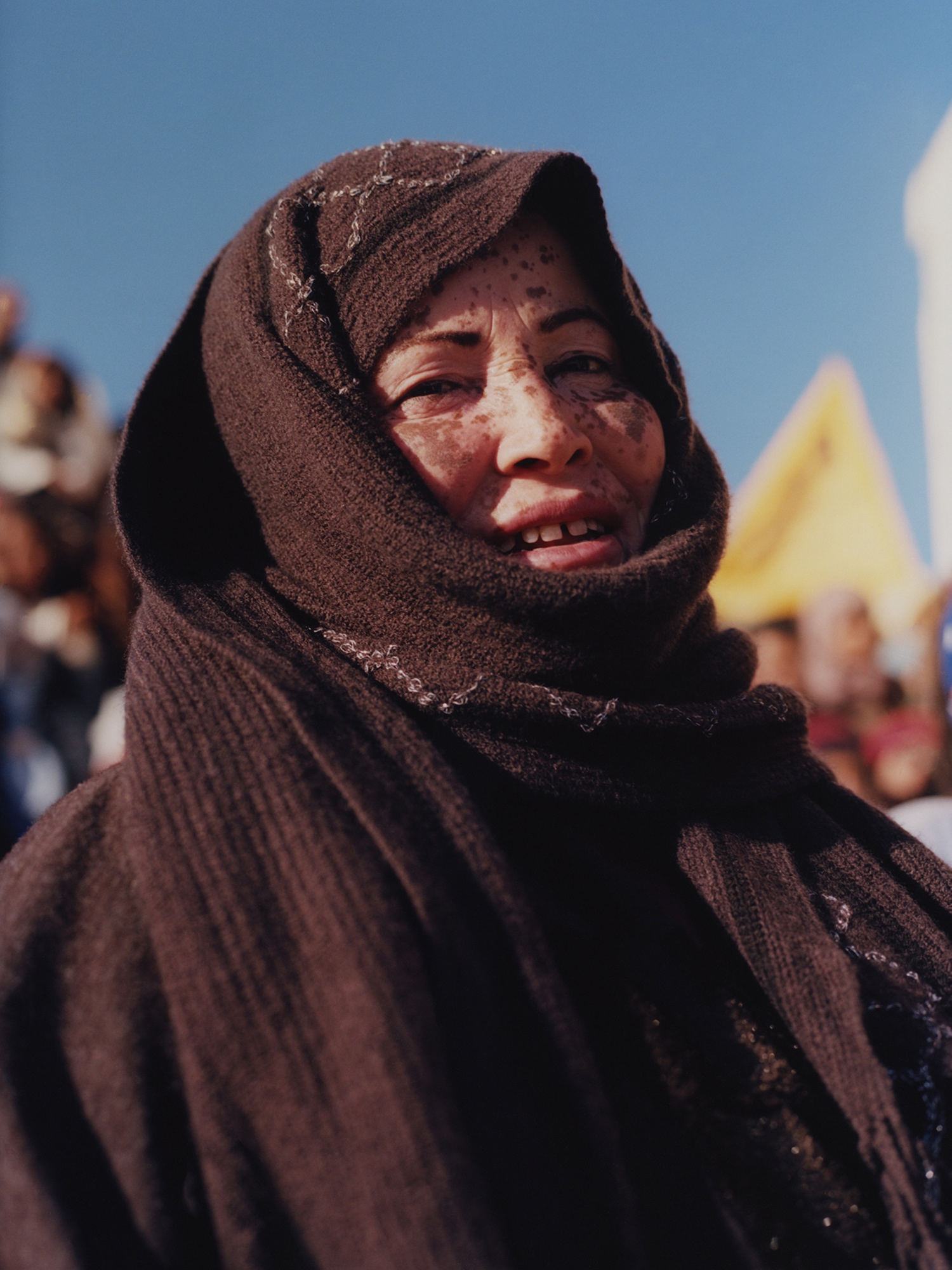 Arriving at the festival, Stafford says the atmosphere was completely different to how she imagined. “Not in a bad way,” she says. “Just a more a youthful, chaotic side dominated the festival rather than what was depicted on articles and tourism websites.”

“The clear mix of old and the new make the festival something quite special to encounter,” elaborates Stafford, who was keen to document this contemporary aspect of Tunisia. “The young local youth who make it their own by showcasing their skills and making new traditions. Fearless, unpredictable amateur driving shows bringing in the crowd.”

Stafford spent five days altogether in Douz during the festival and New Year, managing to get by with bits of French and help from people she met along the way. While the atmosphere was generally family-friendly earlier on in the day, Stafford says the mood changed as the day wore on. 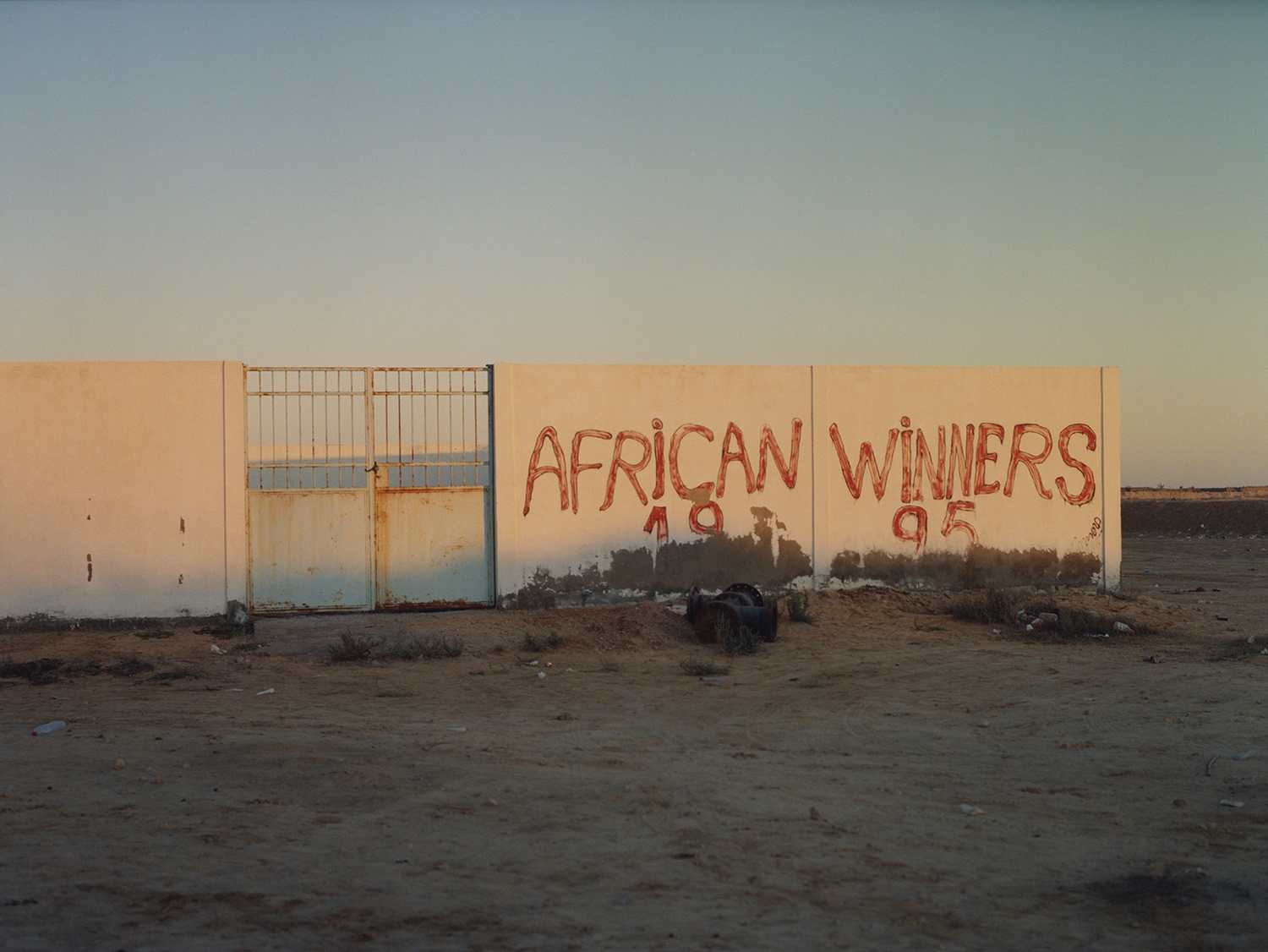 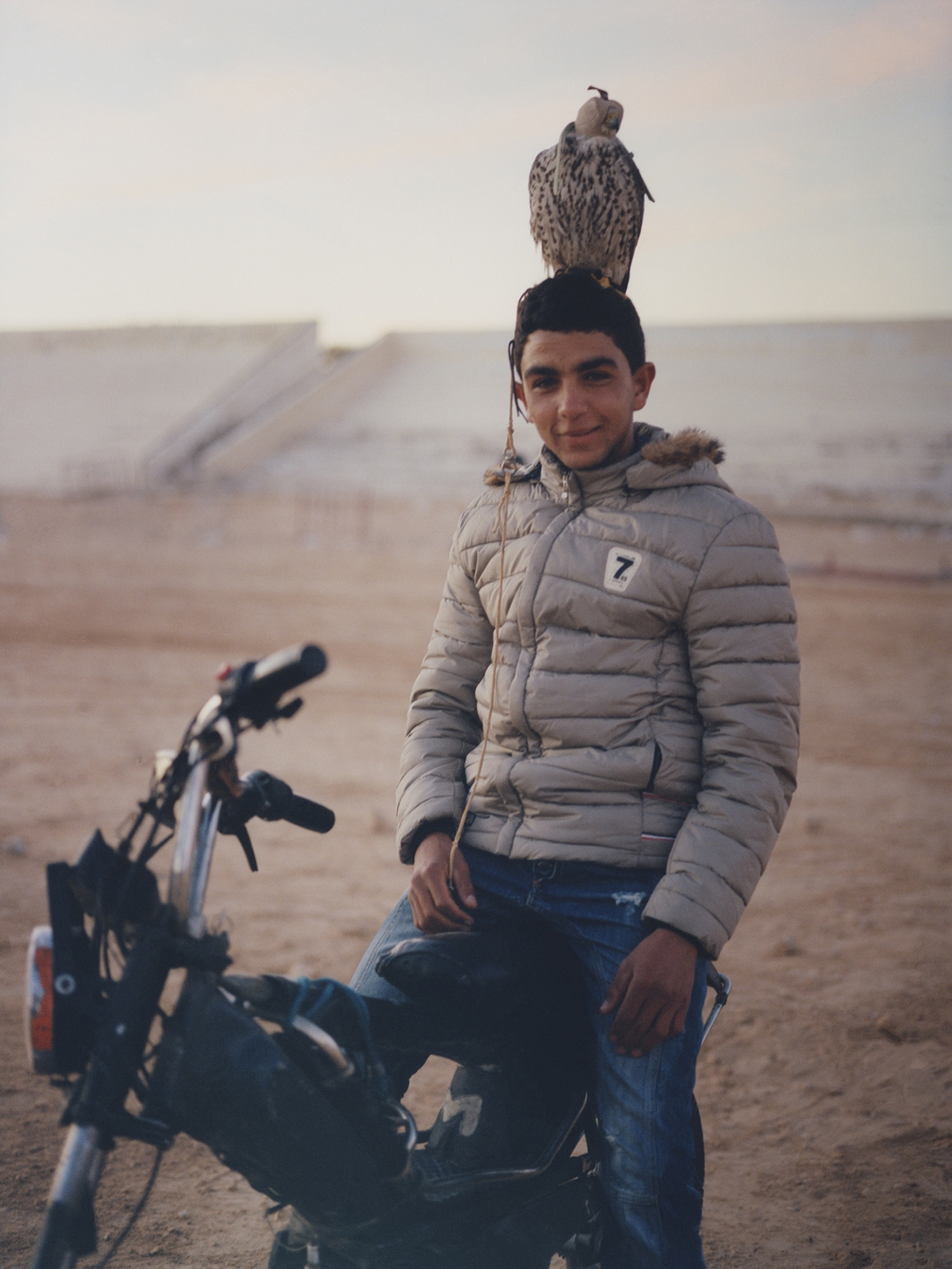 “One of the problems was that it was very busy with hundreds of people at the festival,” she says. “The crowd was packed into the grandstands, and at times this was claustrophobic and hard to move, let alone take any photographs.”

Stafford adds that it was actually the aftermath that was one of the more interesting parts of the festival, as “the crowd became their own entertainment and carried on the festival after the main event ended.”

One shot captured on the last day of the festival shows a row of local kids doused in sunlight, dressed in costumes. “The kids had all taken part in the final show,” says Stafford. “At this point, they were all lined up to hand back their costumes and get paid for their time. This is only a small selection of the line that was a good hundred kids waiting to get paid.” 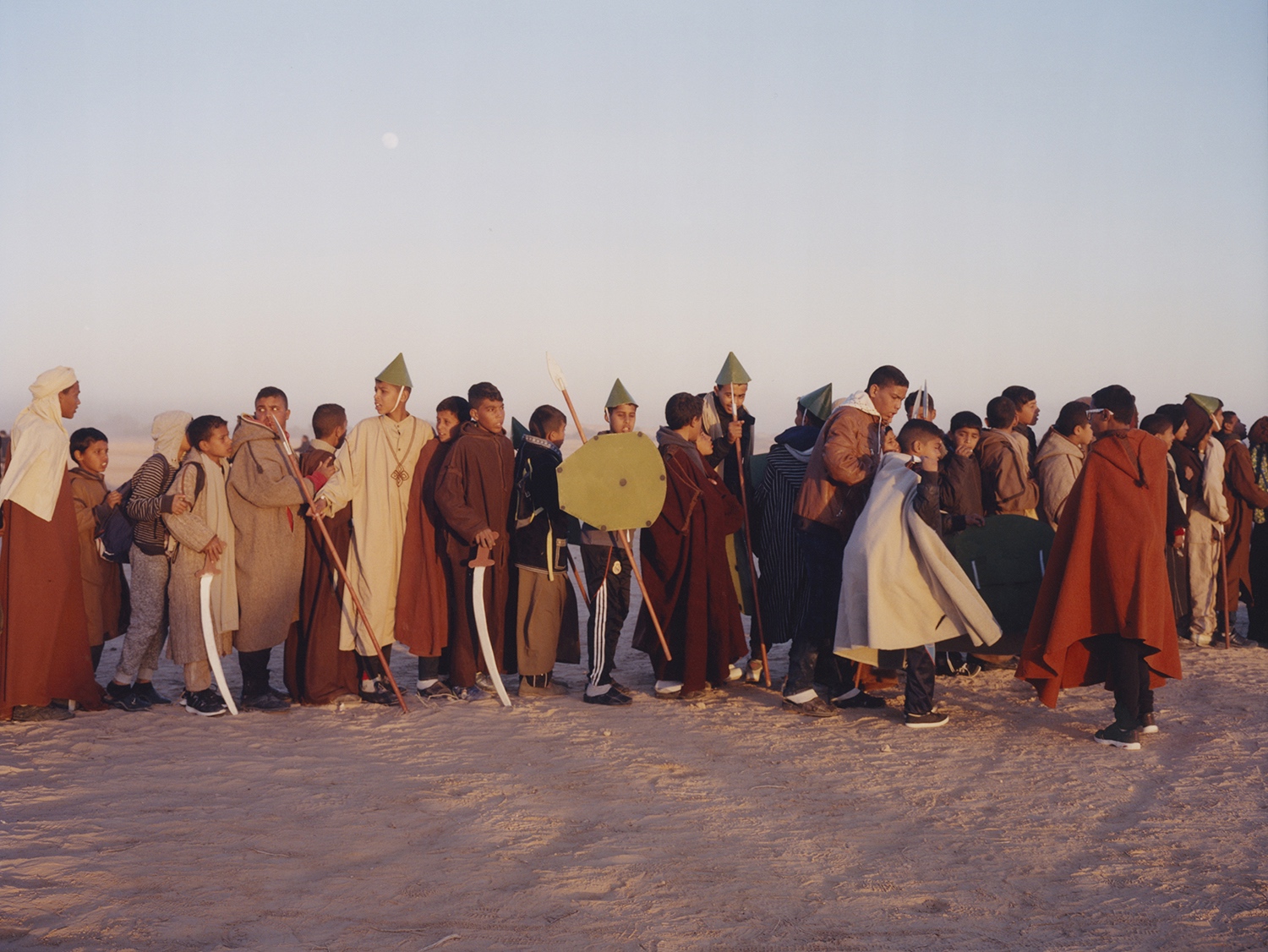 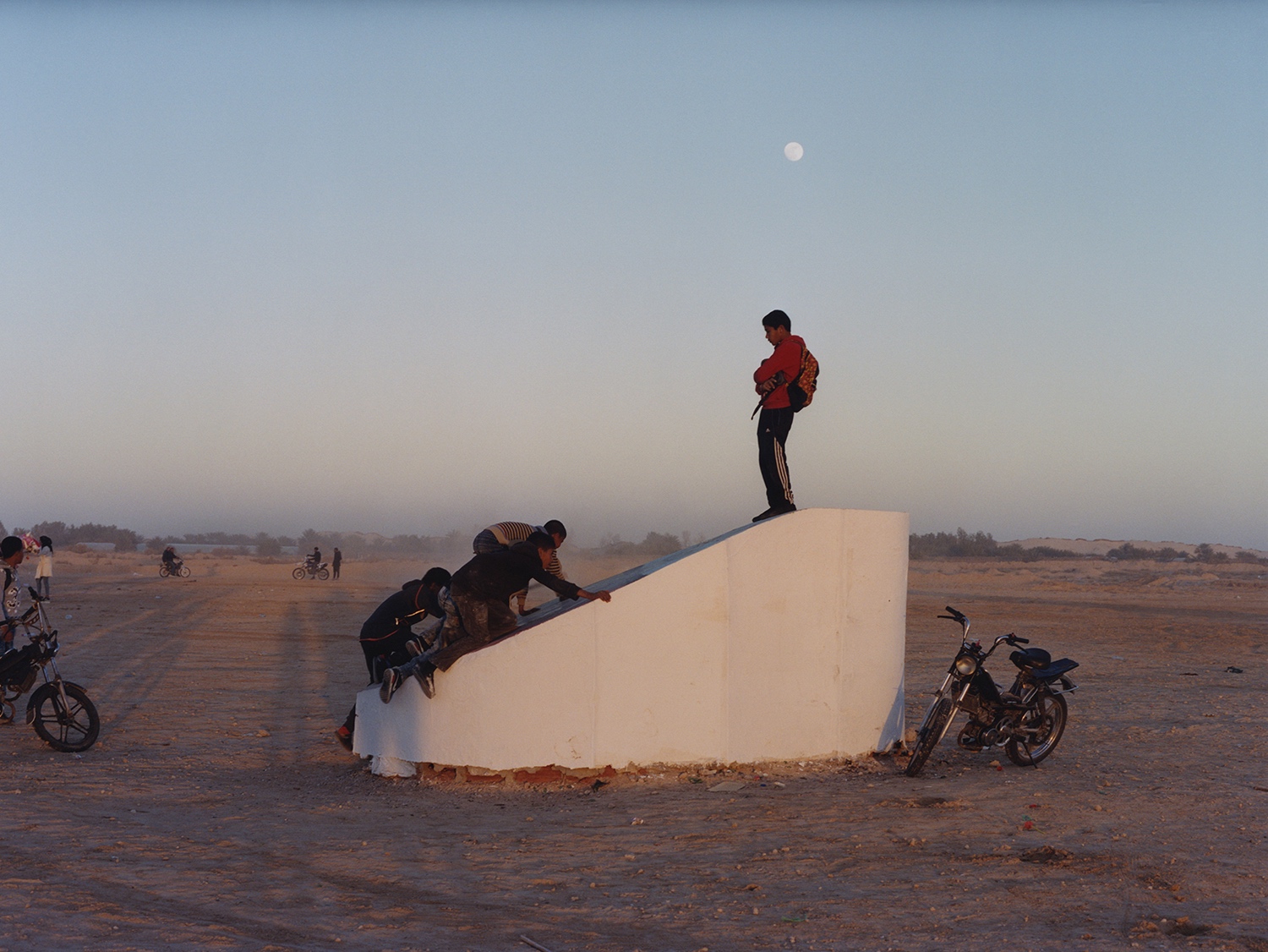 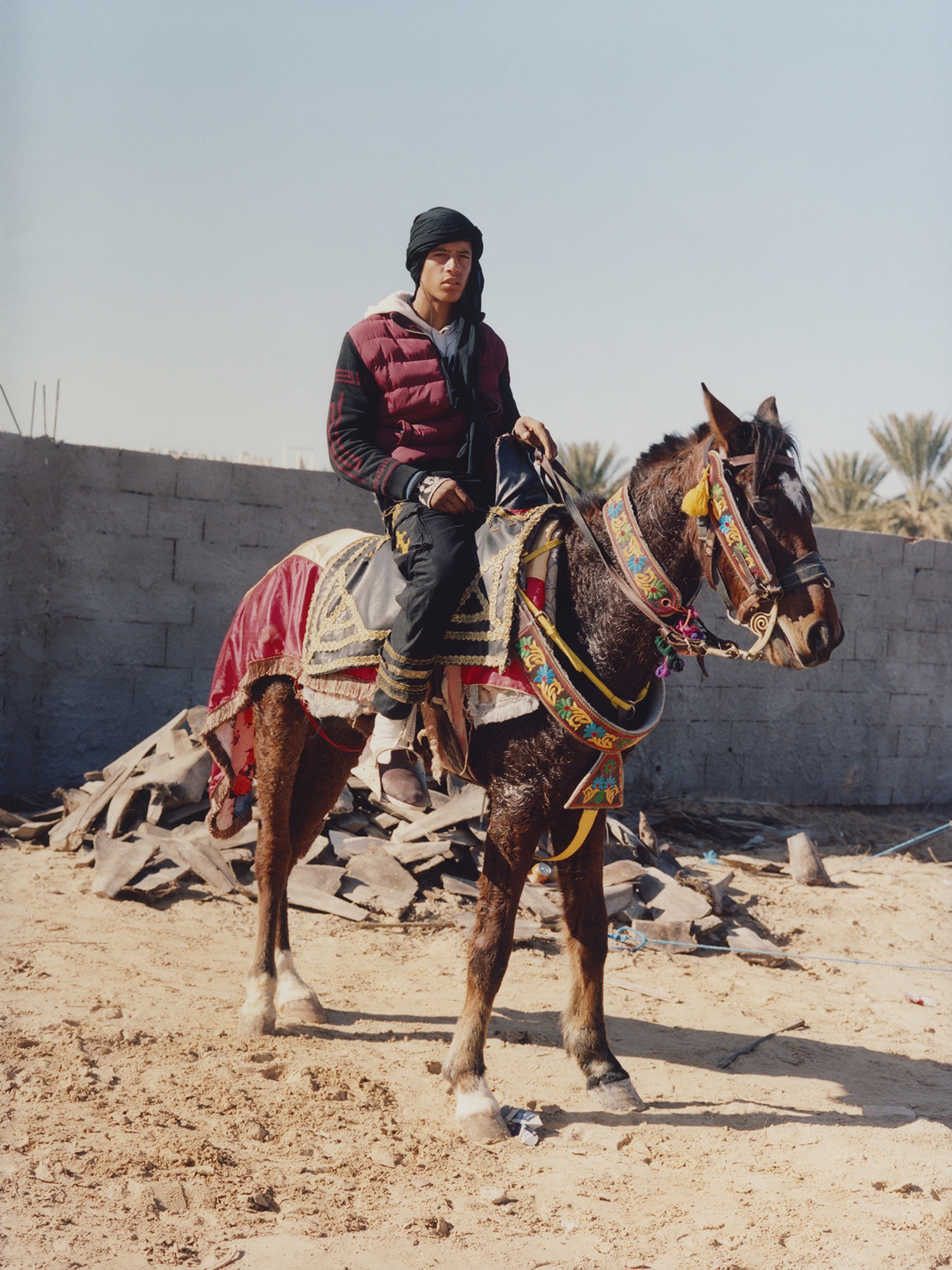 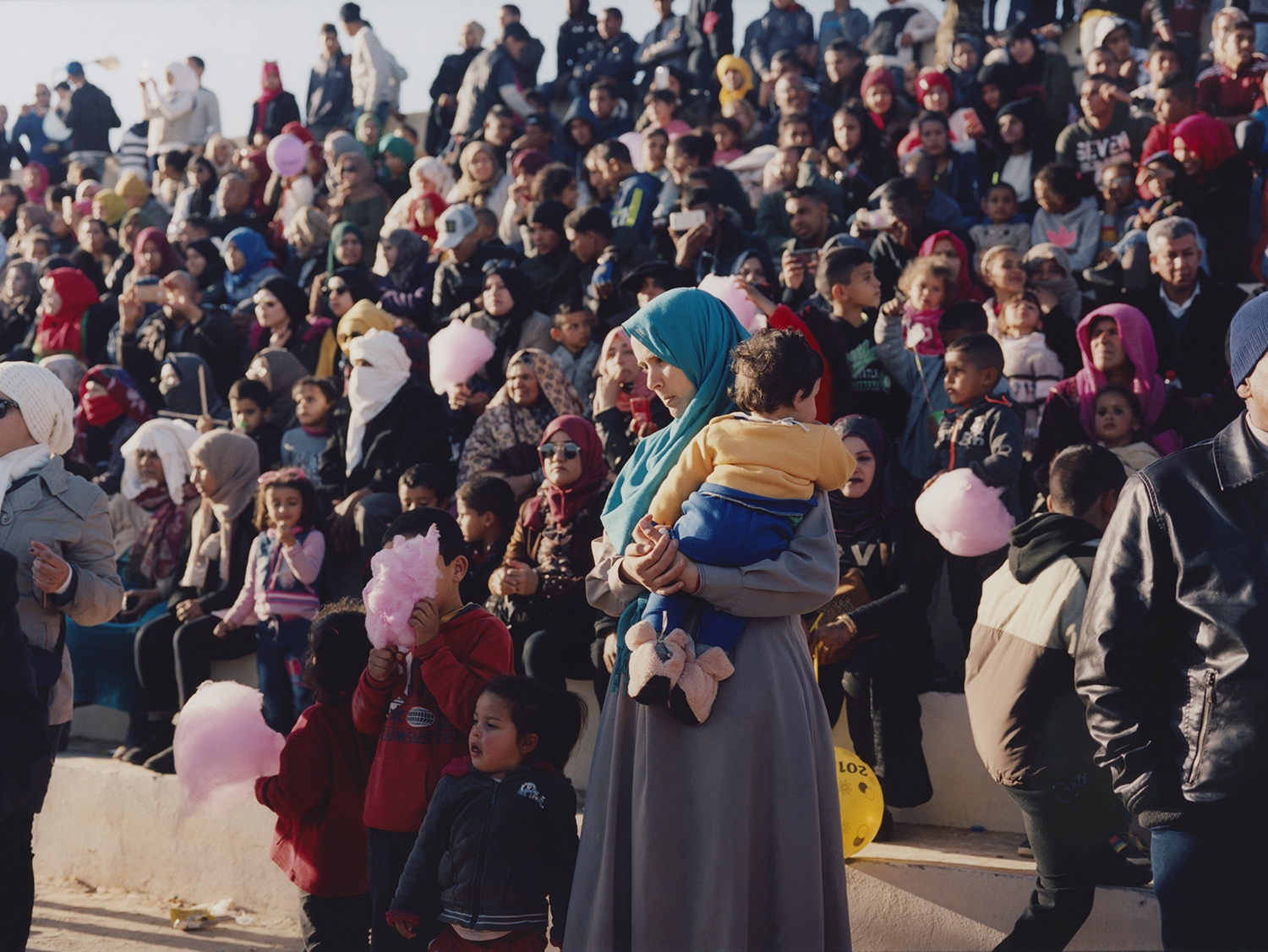 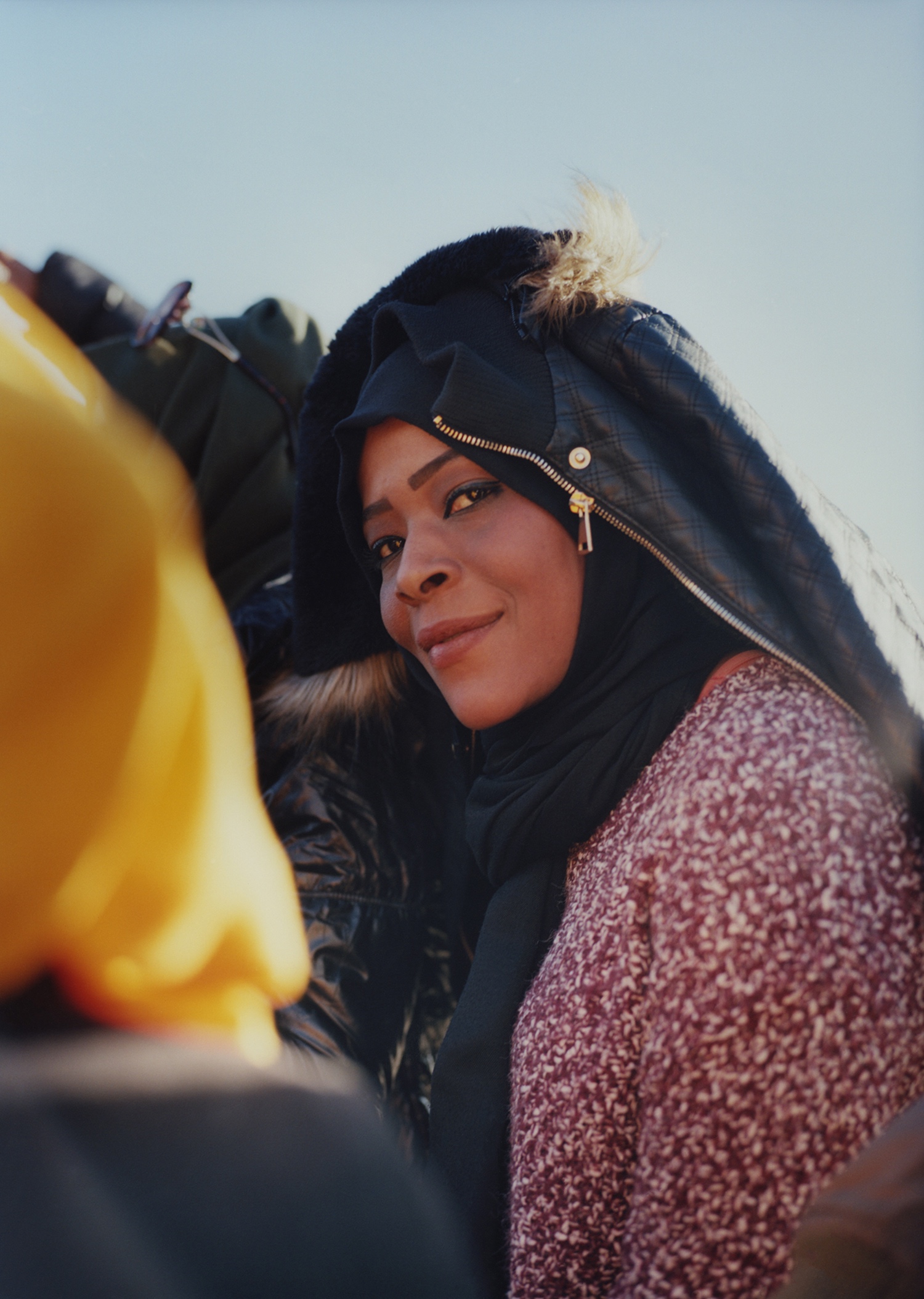 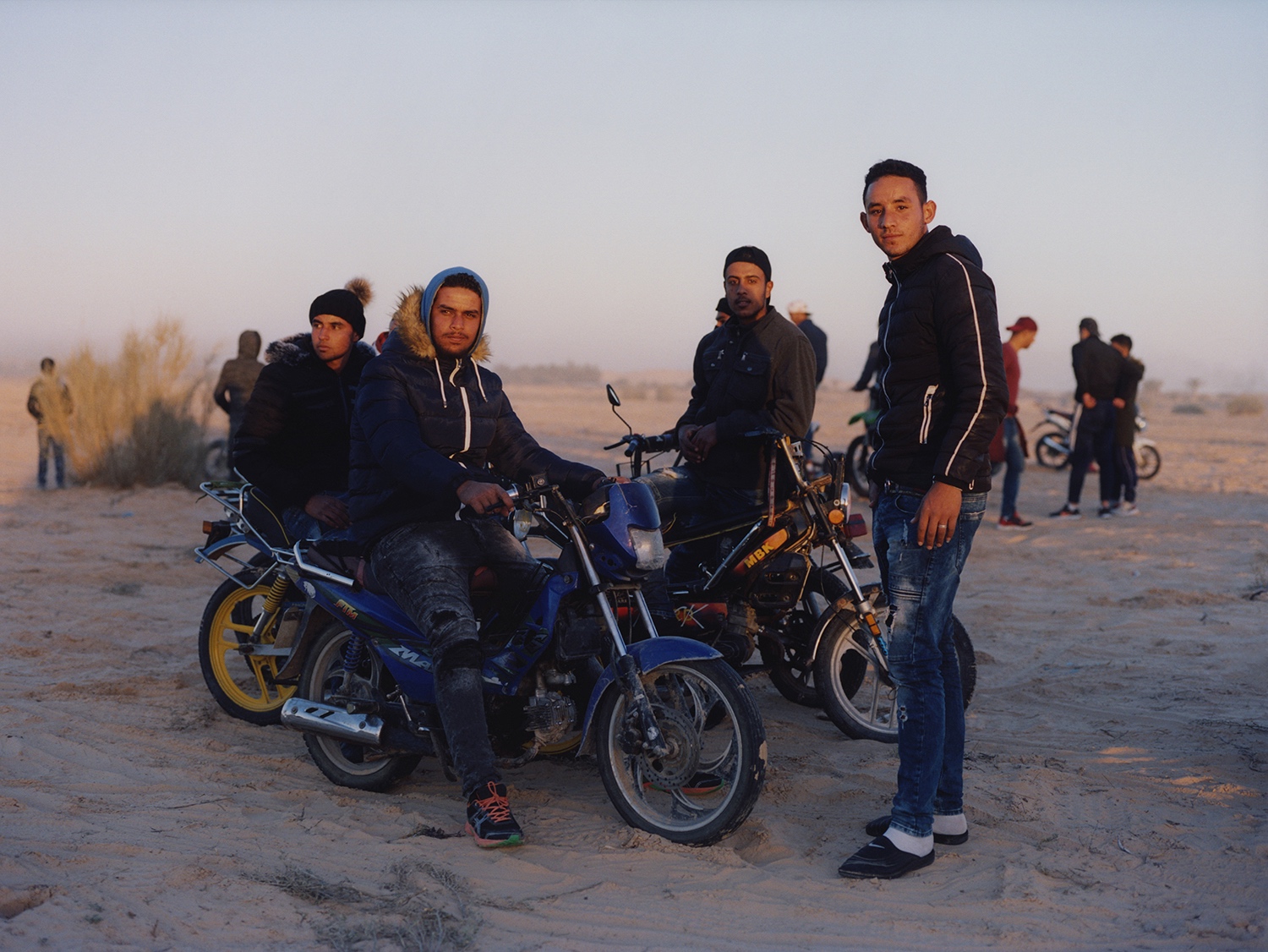 More of Sophie’s work can be seen on her official website.

Linkedin
RELATED ARTICLES
OTHER ARTICLES
While the Colston 4 verdict is worth celebrating, it‘s debatable whether the law would’ve had such empathy for Black people in the same position.
In Sheffield, food delivery drivers are fighting back against one of the giants of the gig economy.
As the pandemic forces droves more people into hardship, landlords and letting agents are capitalising on our worsening housing emergency.
While the popular news aggregation service has been kicked off Twitter, its demise does not spell the end of digestible misinformation.
The New York MC reflects on his experience with Trumpian US immigration policy, and how it impacted his career.
Photographer Alice Mann reflects on capturing the camaraderie and discipline it takes to succeed in a highly-competitive sport.