Travel / Life on the road with America’s drifters and dreamers 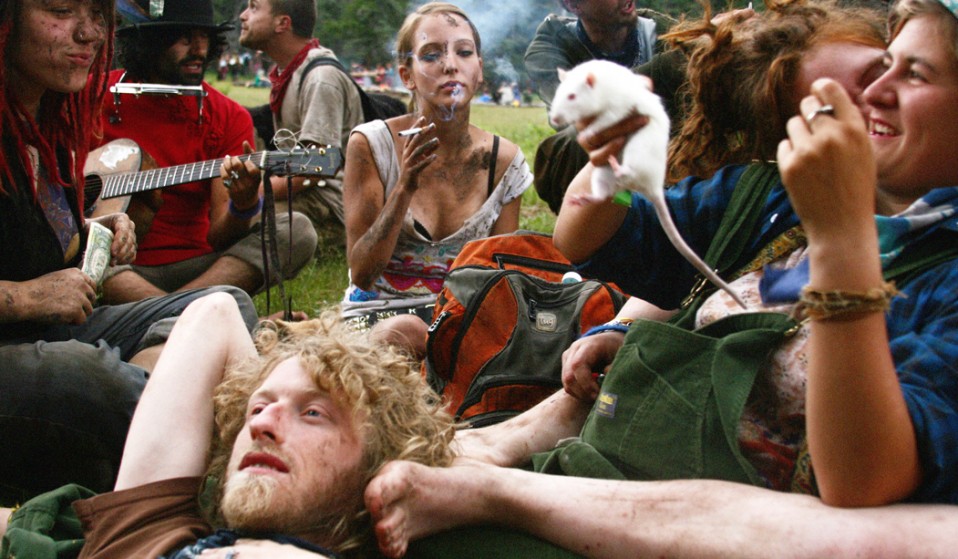 Writer Chris Urquhart spent years tramping with nomads across America, straddling the difficult line between participant and observer. But in a world of uprooted misfits, blending in doesn’t come so easily.

Writer Chris Urquhart spent years tramping with nomads across America, straddling the difficult line between participant and observer. But in a world of uprooted misfits, blending in doesn’t come so easily.

Chris Urquhart is trying to sleep on the floor of a creaking attic with a six-foot alligator beside her.

The shape of old halloween decorations can be made out in the dark while, from below, voices drift up from elsewhere in the squat.

One bemoans the used condoms all over her bedroom floor, another rasps about the kid he beat up for raping a friend.

With just a space blanket for comfort, Chris tries to ignore the reek of well-travelled bodies and keeps telling herself that she’s safe, that she can do this.

“I’m lying there, crying to myself, not believing a word of that,” she says now, nearly seven years later. “Meanwhile Kitra [Cahana, her friend and travelling partner] is just chillin’ next to me, flipping through her photos, lying on a thumbtack. Totally fine.” She laughs.

“It was one of those moments where I realised that while the chaos of life on the road comes naturally to some, I’m an introvert who needs somewhere to call home.”

Together, the pair spent over three years documenting the lives of nomads across America.

Kitra, an award-winning photographer, would capture the spirit of wanderlust in vivid pictures: ragged travellers hopping freight trains, sleeping in public toilets or being hassled by police.

As much as that required total immersion in the experience, Chris saw their recording devices as tools of separation – markers that couldn’t and shouldn’t be eroded.

“As a writer, I always feel like an outsider and always expect to be one,” she says, speaking from her flat in Toronto, an anxious foster dog called Copper sitting on her lap.

“Being transparent with these communities was just as important as bonding with them on a human level.”

But it wasn’t just an ethical stance that made her an outsider. Compared to some of the misfits she’d meet, Chris had it comparatively easy.

At 22, she’d grown up in Toronto among an ordinary middle-class family and seemed destined for a career in academia. But meeting Kitra in an anthropology class at Montreal’s McGill University inspired Chris to take a leap into the unknown.

Her new book Dirty Kids is a first-person account of just how fraught that experience can be.

Seeing Kitra – a born nomad – effortlessly adapt to the road, shrugging off dividing lines, made Chris question herself.

There would be times when she felt like an imposter – viewed with distrust, dismissed as a hipster hanger-on – and times when she’d enjoy acceptance, even growing sceptical of others from Babylon (the term that travelling kids use to describe the outside world).

Yet as a reader, it’s easy to wonder how such a mix of free spirits could take status so seriously. 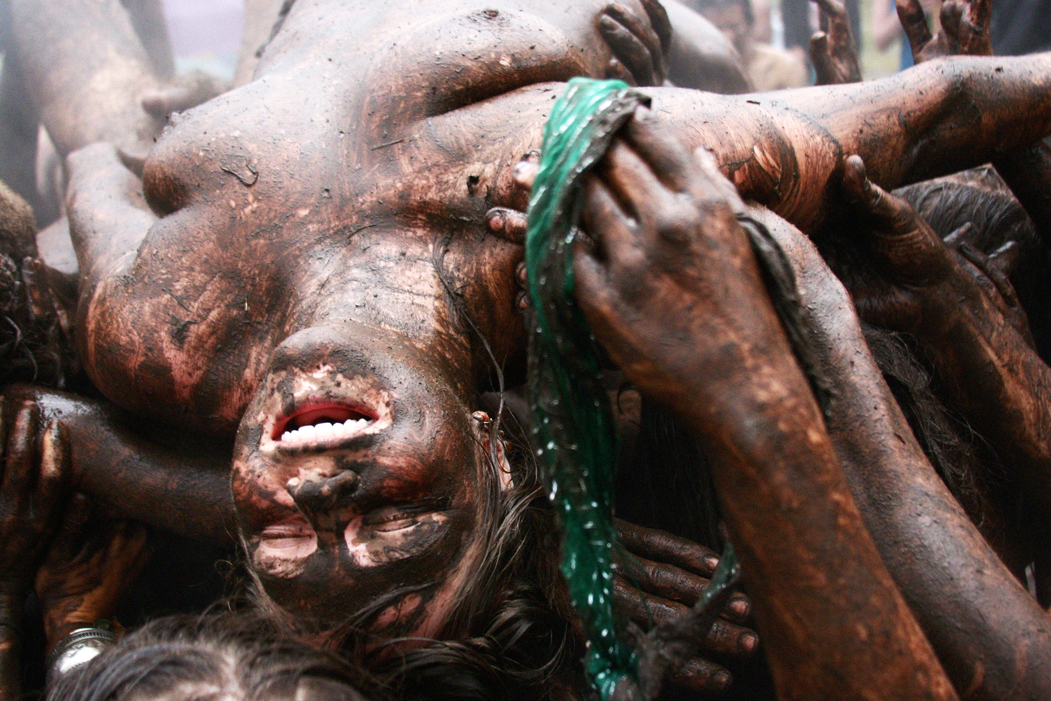 “Everyone feels the need to fit in,” Chris says with a nod. “The whole point of a Rainbow Gathering [an open community that springs up in remote forests for weeks at a time] is that everyone is welcome.

“There is no such thing as an outsider, technically, but I think a lot of people who end up there feel like outsiders where they came from.

“The search for acceptance is often why they’re joining a subculture in the first place… but that doesn’t mean the insider/outsider dynamic ever really goes away.”

Learning to navigate that world threw up plenty of challenges – the lice, the fungus on her skin, the fear of hepatitis, the bouts of all-consuming hunger – but it also introduced Chris to an alternative way of living.

“It made made me aware of social divisions I’d never paid attention to,” she says. “People often assumed I was homeless, spitting on me and yelling at me just for wearing a backpack. That kind of stuff messes with you.

“But at the same time, strangers would take me out for dinner, give me gifts and drive me places. It revealed a lot of layers within America.”

Before people get the wrong idea, Chris says, the last thing she wants to do is inspire a bunch of rich kids from the suburbs to start jumping on freight trains.

It’s easy to have a romanticised vision of that lifestyle, she says, but in reality most people can’t hack it all the time – including her.

“You have to give up your comforts before you can really experience freedom,” she says. “If you’re from a certain background, that’s a huge sacrifice. But for many others, they’re actually gaining things like food, clothes and shelter by joining these communities.”

Looking back, Chris is both glad to be off the road and yet admits to missing it all the time; she made dear friends and subscribed to many of their values along the way, but never forgot her role either.

Asked what she’d like people to take away from the book, Chris reiterates the whole point of remaining an outsider in the first place.

“I want people to take note of this beautiful tradition and see that collaborative living can be sustained long-term, peacefully and without money,” she says.

“But I also want to elevate the stories of some incredible women and queer travellers I had the privilege of meeting. I want those voices to be out there because we just don’t hear from them enough.”

Linkedin
RELATED ARTICLES
OTHER ARTICLES
A new report has found that the majority of Britains approach trans issues with compassion. It’s about time this was reflected by our media landscape.
The author discusses the all-consuming nature of heartbreak, and turning the experience into an incisive exploration of love and loss.
In the latest instalment of Photographers in Conversation, the chronicler of raves, protests and beyond explains why he’s drawn to such specifically visceral environments.
Freddie Miller’s new series of photographs investigates who today’s trainspotters are and what drives their unfettered enthusiasm.
On the fifth anniversary of the tower fire, around 18,000 joined the walk to remember the 72 dead and to demand justice.
Over the years, a swimming hole in a city park has evolved into a magnetic meeting place for Philadelphians – a hideaway where people can connect with the natural landscape, and each other.