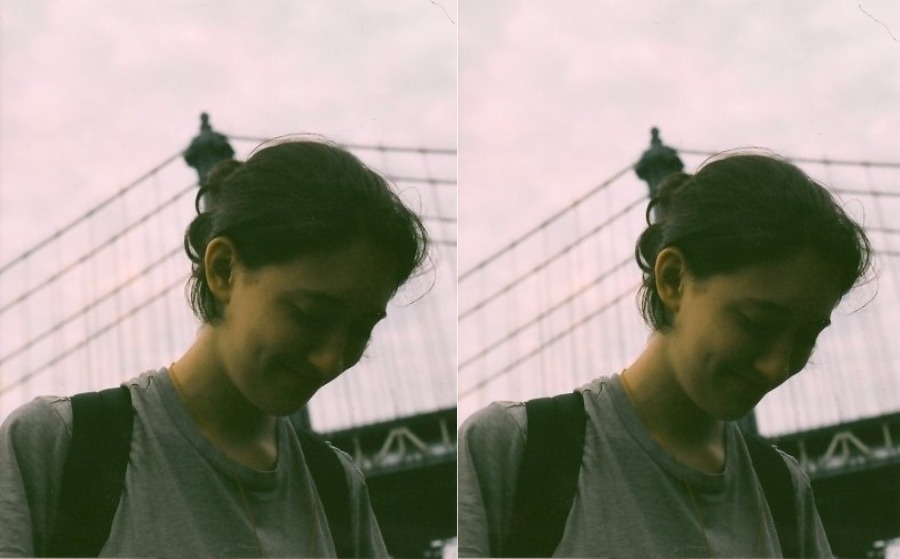 Lead singer and group founder Greta Kline reflects on her years growing up in NYC, taking us on a tour of her favourite bookshop, museum and strolling spots.

Lead singer and group founder Greta Kline reflects on her years growing up in NYC, taking us on a tour of her favourite bookshop, museum and strolling spots.

Frankie Cosmos began in 2014 as the musical alter-ego of Greta Kline. Since then, the moniker has morphed from representing a solo persona to a fully-fledged four-piece. The associated sound has changed too – once a wagon for Kline’s lo-fi bedroom pop, Frankie Cosmos is now polished up, becoming more sophisticated and spirited with each new release.

The group is still led – and driven – by Kline, though. The 23-year-old singer-songwriter is somewhat of a prodigy, releasing countless EPs and singles under a variety of different guises. Born and bred in Upper Manhattan, she was influenced by New York’s anti-folk movement in the early ’00s and considers the city part of her musical DNA. “It’s the only place I’ve ever lived, so it’s all I know,” she says.

As the group gear up to release their third studio album, Vessels (out March 30 on Sub Pop), we asked Kline to share the places in the city that shaped her self, sound and sensibilities.

“I mostly remember getting really into going there when I was about 16. I went by myself or with a friend as often as possible for that whole summer. It was just a really good place to be alone and feel invisible. Now, I go here at least once or twice a year, depending on how much I’m in New York (probably more than that). I think the first trips there had a more magical and exploratory feeling, now that I know it I feel more comfortable there, but it’s still magical to me.

I just really like the animal dioramas. Sometimes I read the plaques/facts, but mostly I treat it like an art museum. It’s really fun to get lost in there.” 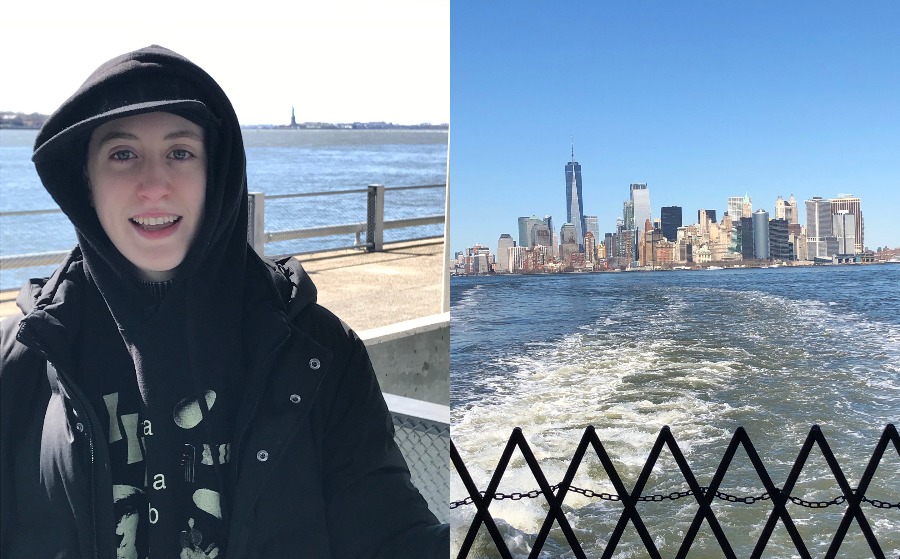 “Manhattan Bridge the least busy of all the bridges. I used to walk across it with friends for no reason at all, like after school on a nice day. On the other side of the bridge is DUMBO, which, when I was a teenager, didn’t seem to have much going on (though now it’s pretty hip I think). So we basically would just walk across, and sit looking at the water.”

“I think the first time I discovered Bluestockings was when I was walking around and a friend pointed it out to me. I looked in the window and it just looked really cool, with tons of young people hanging out, drinking coffee, and of course, reading. They have really cool events and displays of books you might never hear of otherwise. Whenever I have to show someone around NYC, I try to take them to Bluestockings, because it’s so great and makes New York seem cooler than it is.”

“I like to walk along the reservoir any time that I’m walking from east to west side, or west to east, in upper Manhattan. It’s just a really nice way to get across the park if you have time.

I recently went to a dance performance on the Upper West Side with a new friend. Afterwards, we walked across the park and along the reservoir in the evening. It was really beautiful and calm and such a good time to get to know each other. We ended up walking over a mile without even realising.” 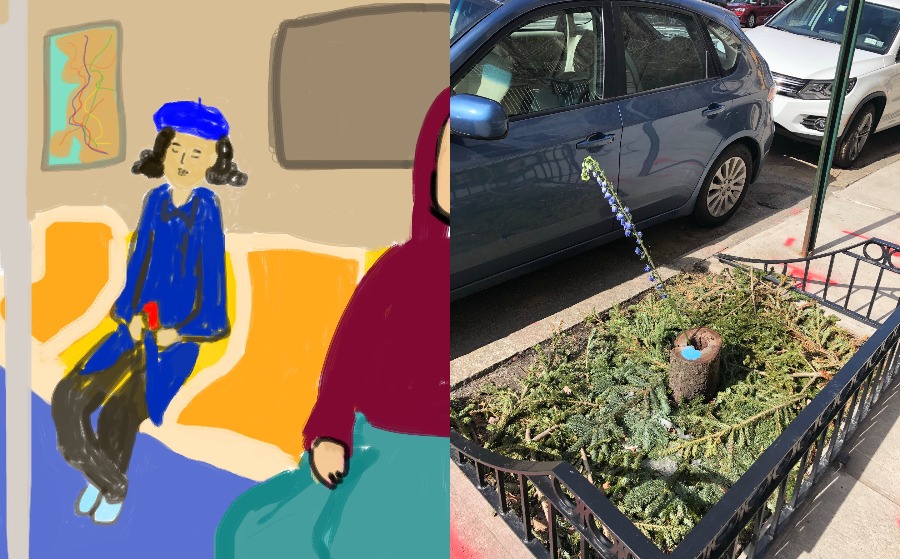 “Home is now Sunset Park in Brooklyn, where I’ve lived for about a year and a half. I am almost never in New York and I’m very bad at hanging art and stuff, so my home doesn’t reflect me in the way it is decorated, but it does in other small ways. My desk is covered in art made by friends, my bed is filled with my stuffed animals that I love, and there’s usually art supplies out on the table.

I would like to try living in another city or town at some point, maybe somewhere smaller. Maybe somewhere warm. I like the idea of being able to walk wherever you need to go. I get pretty sick of public transportation in NYC, it takes so long to get anywhere from anywhere.”

Linkedin
RELATED ARTICLES
OTHER ARTICLES
In the wake of the decision by the supreme court to overturn Roe v Wade, thousands of protestors filled the streets to express their rage and anguish.
LGBTQ+ students are keeping the spirit of the original Pride alive by fighting for liberation for everyone, not just their community.
Whether it's partygate, the climate crisis or the spiralling cost of living, the fightback begins on the picket lines writes Tommy Vickerstaff
For decades, an area of East London has served as a community hub for Vietnamese people looking for a taste of home.
Proposals to introduce a minimum GCSE threshold for student loans will disproportionately affect those from marginalised backgrounds.
A new edition of a seminal book brings together iconic images of the band onstage in their full glory and backstage in moments of unguarded camaraderie.