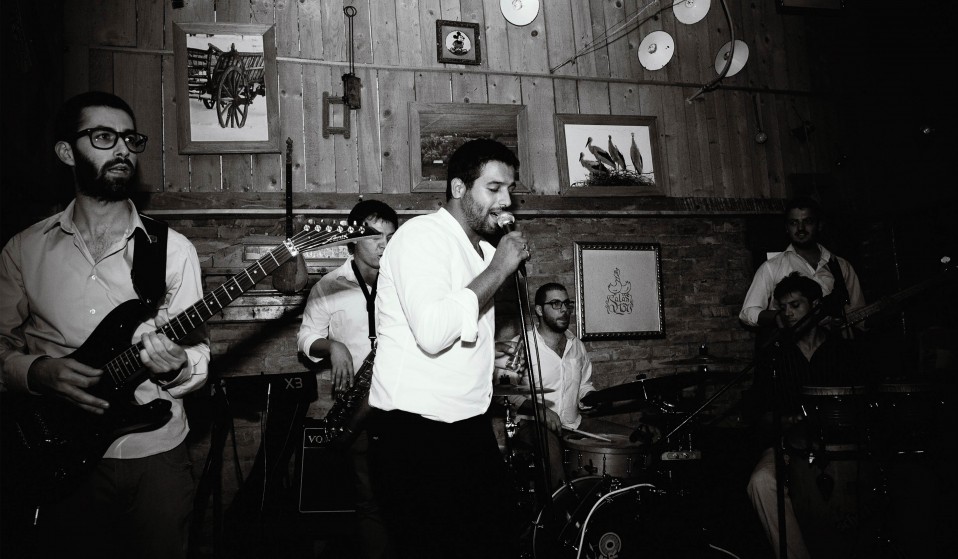 Balkan bands are refusing to be brainwashed and raising their voices against nationalism and divisive politics.

Balkan bands are refusing to be brainwashed and raising their voices against nationalism and divisive politics.

Last summer, in the Serbian city of Novi Sad, which lies on the banks of the Danube, Kosovan band Gypsy Groove performed as part of the city’s Street Musicians Festival. It’s a notable occasion. Read the papers, watch the football hooligans, and you might assume that Kosovans and Serbs don’t get on, that there’s no shared interest, no shared identity.

“Two thousand people came to see us,” says Kafu, lighting a cigarette outside Dit’ e Nat’ in Pristina. Kafu – born Bajram Kinolli – is lead singer of the band. “They were dancing and were so happy and it was so nice, man. I said to everyone, ‘Don’t listen to the politics, come and visit Kosovo and see for yourself.’”

He pauses to inhale. “I don’t believe in nationalism. I believe in brainwashed people.”

Gypsy Groove’s blend of traditional Balkan Romani folk with more contemporary Western styles – jazz, reggae, punk – has lent them some notoriety in Pristina, and now the wider region, which allows them to travel from time to time. They are one of few bands that are afforded the privilege. Stiff visa regulations mean people from Kosovo find it tricky to visit any but a few select countries. “All bands here talk about freedom,” he says. “There are a lot of good musicians who can’t travel. How can we change ourselves, our society, if we can’t see other places, if we are not free?” 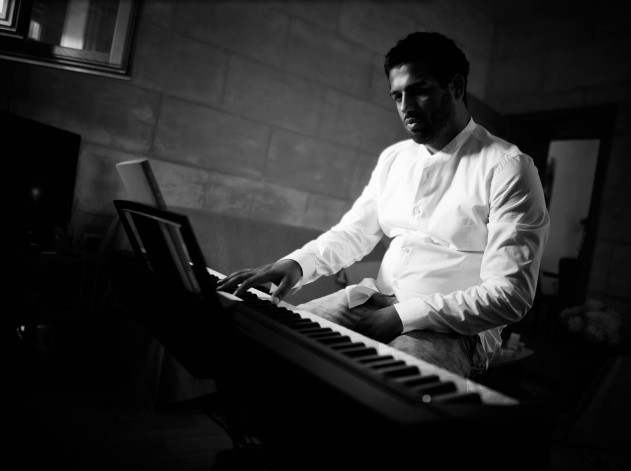 This frustration is helping ignite an independently minded music scene in Pristina. Similar to elsewhere, it rallies around a shared desire to express itself – as members of a young society, as individuals – and to establish an identity. Except here, in a country yet to celebrate its seventh birthday and where an often fierce nationalistic rhetoric steals headlines, there’s seemingly more at stake.

Often musicians come together to share instruments and swap ideas. Kafu tells me that there are some excellent jazz musicians in the city, and a good punk scene, too, which orbit around various rented garages. “It’s real punk,” he says. “Punk is way more Balkan than London, man.”

Culture For All, an EU initiative established to foster cultural diversity and dialogue in Kosovo, part funded the band’s second album. With little financial support for independent musicians in Pristina and such a small countrywide population – “From 2 million people I can say maybe 2,000 people listen to good music,” says Kafu – it’s a necessary alliance. But Kafu was determined to maintain the band’s independence. “If you want to give me money to record a CD, you are only giving me money to record a CD. If you want to control my lyrics, no fucking way. You are not artistic, you are a fucking politician.”

“The main thing with Gypsy Groove, is that we are focused on social issues,” he continues (one online article refers to him at ‘Kosovo’s Bob Marley’). “I think most of the problems that we face as young people in Pristina, in Kosovo – not just as Roma or Serbian or Albanian – is because of politics. They don’t have good communication with the youth here. And so I think music is the only way to communicate. Only through true music can we say something.”

Soak up the best live music at these Kosovan haunts.

Dit’ e Nat’: Small café-cum-library in the centre of town and the focus of much creativity. Drink macchiatos, read books, cheer drum solos.

This is part three of our five-part Insider’s Guide to Pristina, Kosovo, which originally appeared in Huck 48 – The Origins Issue.

Local filmmakers are stepping over the barriers and finding ways to celebrate Kosovan films.
Pristina has one cinema and a population of 200,000 people. In a country where sixty per cent of young people are unemployed, who can afford to go out and watch a film? Yet there is huge interest and surprising diversity in local and regional film highlighted each year by a handful of festivals that set up shop in the city’s performance spaces and communist-era cubby-holes.

The National Theatre – a forgettable off-white building on Mother Teresa Boulevard – hosts the Pristina Film Festival, the city’s only international festival. It returns this spring for its seventh outing.

“In communist times we had four cinemas,” says Fatos Berisha, co-founder and Artistic Director of PriFest. “We really wanted to give cinema back to Pristina.”

Inspired by the success of the Sarajevo Film Festival, which has helped rebrand the Bosnian capital as a cultural hub, PriFest wanted to promote creativity, bring European film to a local audience and accommodate a meeting of local and international talent. It’s also tackling regional taboos: the ‘Let It Be’ programme, run in association with Outfest in LA, is dedicated to LGBT productions.

“Our young filmmakers can’t travel to the other festivals,” says Fatos. “So we bring people and films here. People can meet other filmmakers and start collaborating.”

PriFORUM, which runs alongside the festival, helps foster this, by inviting local independent filmmakers to pitch their ideas – in the hope that it leads to the next Three Windows and a Hanging, the first Kosovan film to be submitted to the
Academy Awards.

“I sent my first letter to the Academy a few years ago. But we were refused,” he laughs. “It took us three years to convince them to let us, as a country, submit a film. It’s very exciting.” 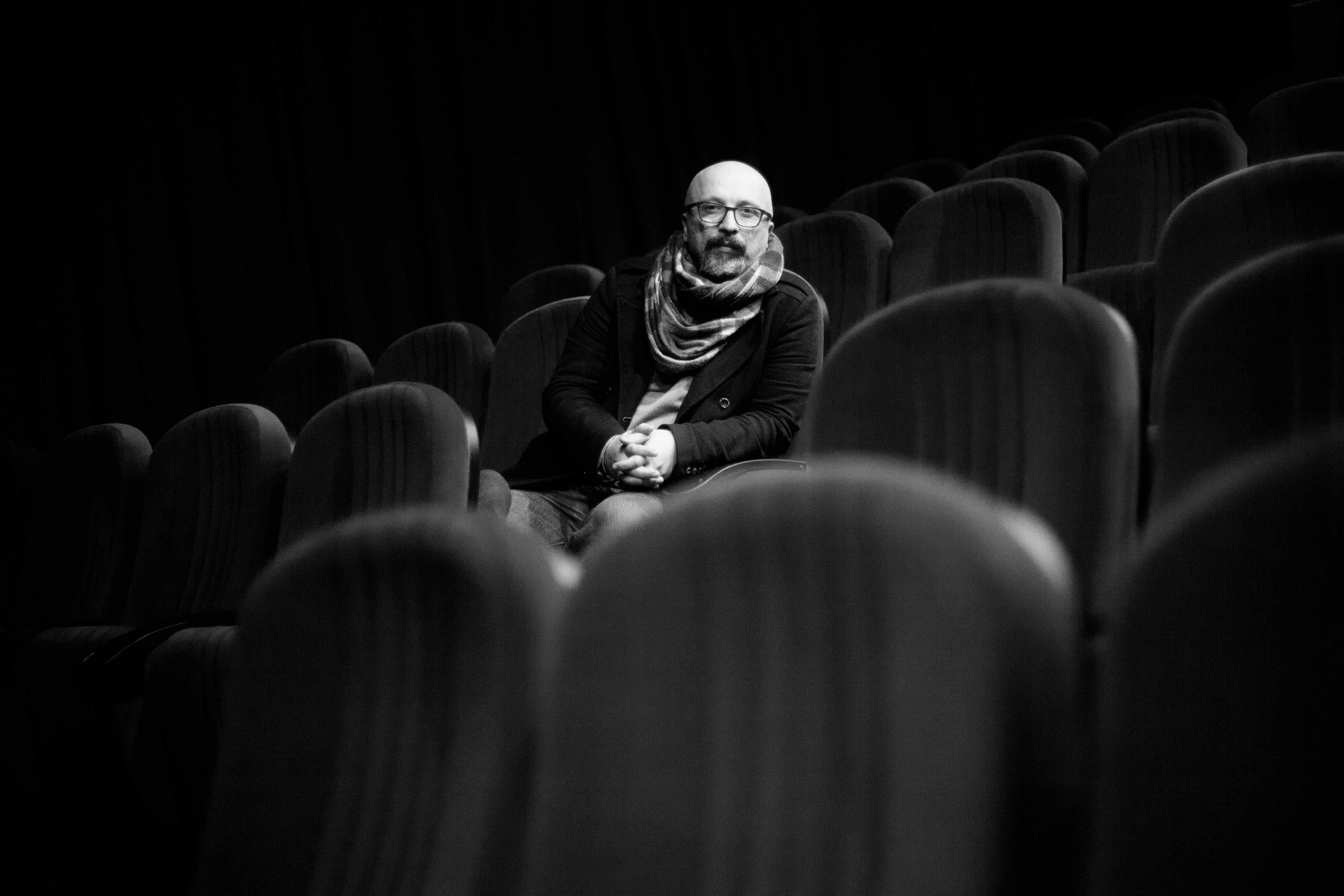 It’s a familiar Kosovan story. Barriers to finance, to festivals and to an international audience is an ongoing and everyday concern for the majority of Pristina’s independent filmmakers. What limited resources do exist are dished out by a small and in-part public-funded panel. Given the local government’s reputation, it’s not unfair to question intent. But it’s small steps in the right direction.

“Bearing in mind the history, the war, it all starts from scratch, from zero,” says Fatos. “There’s an energy here similar to that during the Milošević regime. We had an underground movement, an underground scene of theatre and music and video. Even in the most dangerous times we had a full theatre. This contemporary ghetto – if we can call it that – is inspiring something, too. And thankfully it isn’t violent, it’s creative.”

Last year the festival used the city’s open-air cinema for the first time in forty years. Perhaps by the time independent Kosovo celebrates its tenth anniversary in 2018, that lonely little cinema won’t have to stand alone.

Linkedin
RELATED ARTICLES
OTHER ARTICLES
Sabaja Craft Brewery co-founder Alex Butler explains how homebrewed beer, infused with punk's community spirit, is a vital part of Pristina’s fierce new identity.
As Kosovo celebrates its seventh year of independence, we take a stroll through its creative capital, Pristina, and meet the political agitators, musicians, publishers and filmmakers rebuilding their city from the cafés up.
This year Huck is going in search of a manifesto for indie culture - a crowdsourced how-to guide where everyone shares a little something they picked up along the way. First stop: Origins. Stories of new beginnings and authentic roots.