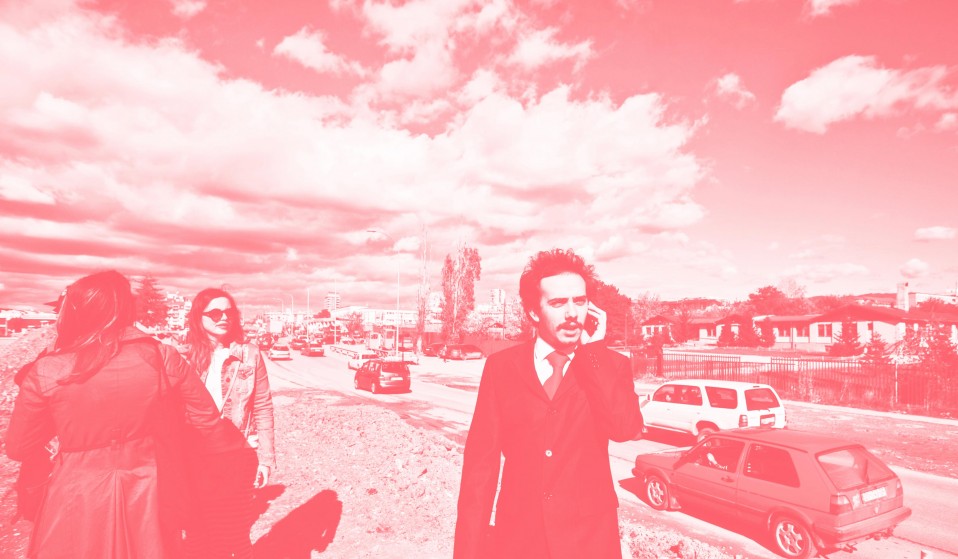 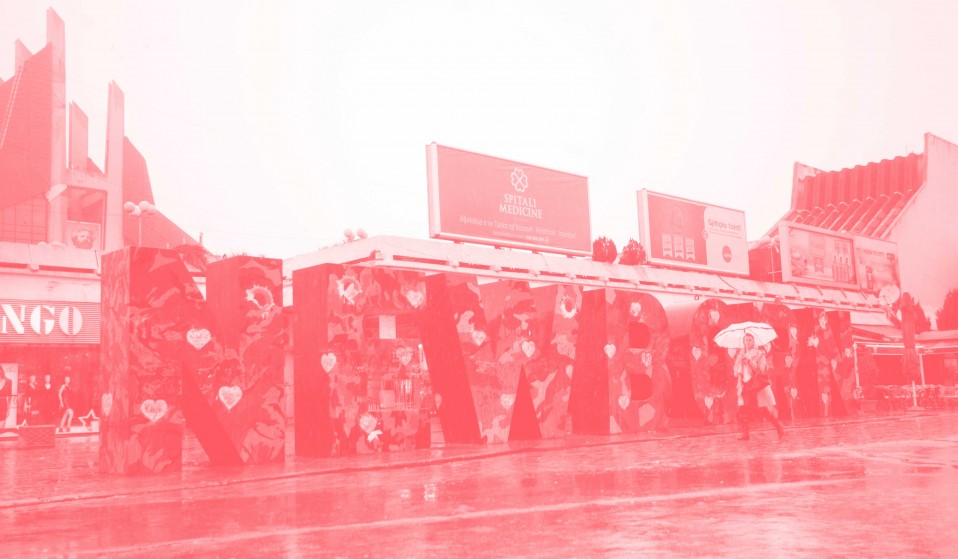 As Kosovo celebrates its seventh year of independence, we take a stroll through its creative capital, Pristina, and meet the political agitators, musicians, publishers and filmmakers rebuilding their city from the cafés up.

As Kosovo celebrates its seventh year of independence, we take a stroll through its creative capital, Pristina, and meet the political agitators, musicians, publishers and filmmakers rebuilding their city from the cafés up.

Kosovo, that small Balkan bolt-hole between Serbia, Montenegro, Macedonia and Albania, is a place whose name (at least to many in the West) often brings to mind ‘conflict’ as much as ‘country’. And yet the war ended in 1999. With a huge diaspora (roughly one-third of the population live abroad), English is widespread and style in Pristina, the capital, is more Brooklyn than Balkan. And yet, despite these outside influences, Kosovans can only travel to a handful of countries due to visa restrictions.

But if a city should cater foremost to its residents, then Pristina qualifies. There’s no tourist office, but there are flea markets in dusty car parks, book and pirate DVD stalls on the main square, beer for a euro and macchiato for half that. As for cafés: they’re everywhere.

One of these is Dit’ e Nat’ and it’s the focus of much creativity. Filmmakers, artists, musicians, students and magazine publishers congregate here to drink coffee, smoke and share ideas. And some politicians congregate here, too.

Visar Arifaj is leader of the Strong Party, a satirical outfit made up of a group of graphic designers. “It was one of those long drinking sessions,” he says, of their origins two years ago. “Everything in politics at that time just seemed ridiculous. It was such a mess. One night we decided to start our own political party. And for some reason, I became the president.”

Two years later, Visar – the so-called ‘Legendary Chairman’ – holds a seat in Pristina’s municipal government, with the party designing posters, selling T-shirts and organising fund-raising concerts. “It all sounded like a joke,” he says. “But we started to come up with these crazy ideas about what our speeches would be about and how the campaign would look and we really started to feel good.”

Visar and his creative cohorts started lampooning the system; they appeared on TV in jackets, ties and shorts and Visar presented himself as a quasi-militaristic autocrat who wanted to “come to power to control public money in the interest of supporters and the like-minded”. 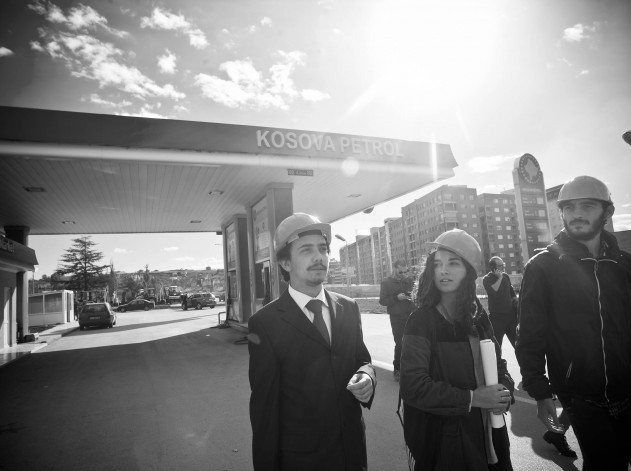 They also highlighted the tendency of local politicians to pull the nationalistic card – pitting ‘Us Against Them’ (‘Them’ being Serbia and Serbs). The Strong Party logo mashes together the Albanian flag’s eagle with the muscular arms from a local gym’s logo. “We wanted to  ridicule the whole way nationalism is used to inspire people,” he says. “The feathers on the logo look like armpit hair.”

But it’s not all Python-esque posturing. Visar has used his seat in government to influence policy. “You can still be serious even if you express it in a satirical way,” he says. “We’ve managed to squeeze in some of our demands in exchange for our single vote and right now we are working on new bicycle pathways. I think they are welcoming our ideas.”

Reclaiming the city’s identity is a big focus, too. “Because we are all designers and artists, we feel it’s necessary to develop a
brand for Pristina.”

As a self-taught graphic designer, Visar credits the internet and pirated programs as empowering tools. “Once we are on the same level as developed countries we can negotiate on whether we think piracy is good or not, but in a country like Kosovo, piracy is the way to go!” Likewise, he says politics shouldn’t be left to politicians. “Astrophysicists study stars, doctors study medicine, politicians study political science,” he says. “And that’s the wrong way to look at it. Politics is about deciding about everyone’s life.”

“Kosovo has the chance to try something new,” he adds. “Not having a country already set up gives us the opportunity to come up with crazy new ideas. It needs a huge update. We need democracy 2.0.”

The Pristina Hacker Space: “Young technology enthusiasts that are doing their best to promote technology and get everybody involved in it. It’s a gateway and an initiative I really love and I do my best to support.”

Rakia street: “Ever since I remember this street was full of small sketchy cafés. All the alcoholics would hang around and drink all day. Lately a lot of young people have been going here during the night. This is where the Strong Party got started.”

Festivals: “SKENA UP, for film and theatre students. Pristina Jazz Festival is also a nice one. I think these are the two most important in Pristina. These festivals are the places where most of us combine and share ideas.”

This is the first part of our five-part Insider’s Guide to Pristina, Kosovo, which originally appeared in Huck 48 – The Origins Issue.

Linkedin
RELATED ARTICLES
OTHER ARTICLES
Huck meets the lurkers, lifers and outsiders carving an alternative Copenhagen, free from restraint in Freetown Christiania.
Iceland was devastated by the 2008 financial crisis but now artists, musicians and designers are leading a creative renaissance which is putting Reykjavík firmly back on the map.
Polar explorer Ben Saunders and marine biologist Monty Halls plunge into the Icelandic wilderness in the first episode of our new short film series.