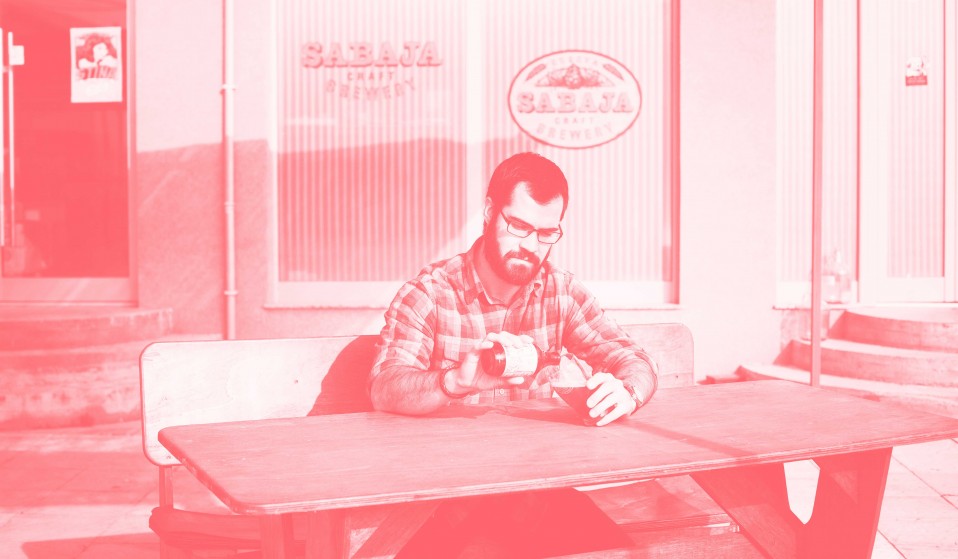 Alex Butler started brewing beer in his cupboard, twenty litres at a time. He was working at a mastering studio in Manhattan with The London Souls, Dave Matthews and a host of other bands.

He was also studying for an MBA and it was here that he met Etida Zeka, a Kosovan who came to visit him in his Brooklyn flat and tried one of his beers. “It was like a light bulb went off above her head,” he says excitedly. “She said that she’d never tasted anything like it, that they had nothing like it in Kosovo.”

Alex was soon on a plane to Pristina. Two years later and Sabaja, the company he and Etida set up together, remains Kosovo’s first and only craft brewery. It now has six beers to its name – ranging from a year-round pale ale to a seasonal winter stout – all brewed, in 1,200 litre batches, on the ground floor of Alex’s house. 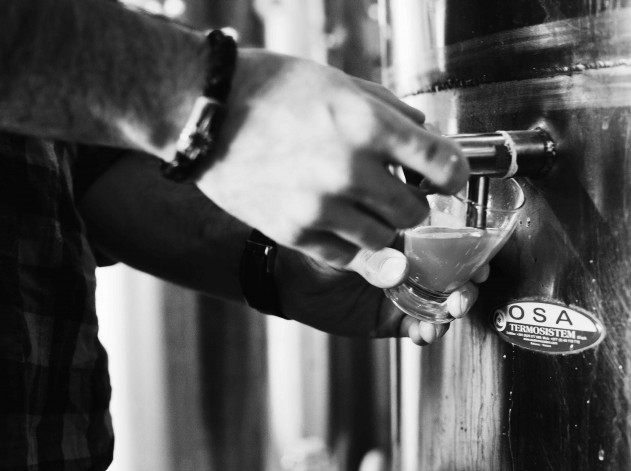 To his mind, Alex’s relationship with music – as a musician and a fan – and the brewery he co-founded are intrinsically linked. Jazz legend Charles Mingus, a personal hero, stares out from the sticker on the side of Sabaja’s Session Ale. And his passion for independent record labels – particularly the Washington DC Dischord scene that supported a melee of punk/post-punk bands like Fugazi and the Dismemberment Plan – remain a big influence on the way he wanted to run the business. “You can build your own guitar and write your own songs and book your own shows and, if you do it well, people will love you for it. I was all about following local bands that weren’t signed, rooting for the small guys trying to make it. When I started getting into the craft beer movement, it was for the same reason. You’re doing it without Budweiser, you’re doing it without millions of dollars in ad spending. You’re creating your brand based on a quality product.”

His ambition is to create a homebrewing community in Pristina. “One of the greatest things about punk music was that they shared the stage. Craft breweries don’t work against each other. We band together to work against the major players downgrading the market.”

To that end, in October 2014, Alex opened a Sabaja shop selling beers, T-shirts and homebrew kits. “I tell people I make beer and they say, ‘Okay, so how much money do you have?’ There’s this belief that beer can only be made in a massive factory. When I tell people that they can make beer in their closet, they give me a weird look. It doesn’t have to be, ‘I make the beer, you buy it.’” 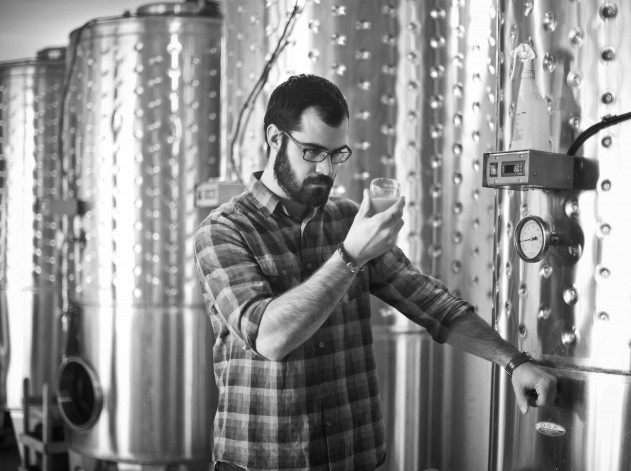 Alex’s worldview is a neat fit for the fiercely independent community that surrounds him in Pristina. “There’s a unity to the scene here,” says Alex. “It’s exciting and unfettered by corporations. In London, in New York, everywhere you go for cool music, chances are it’ll be bought out. Here, it’s not about that. There’s a purity to it because it is about
building identity.”

“We have a vision and you’re going to listen to it,” he adds, as if dictating the city’s creative creed. “You’re going to feel it. And we’re not going to water it down for you.”

Hops around the city

Taverna Tirona: “This is a real old-town rocky joint. The guy that owns it is a crazy history buff and he gave us the idea for our name – sabaja means ‘beer’ in Illyrian. He’s got some of the best rakia in town, too.”

MIQT Pub: “A small bar that spills out onto the street on busy nights. A pretty happening spot. Plenty of beer going on and good people, too.”

Babaganoosh: “Often referred to as The Vegetarian as it’s the only vegetarian restaurant in Pristina and a very cool place.” The Beer House Located near the football stadium and co-owned by Sabaja. Pale ales and hamburgers are the order of the day.

The Beer House: Located near the football stadium and co-owned by Sabaja. Pale ales and hamburgers are the order of the day.

This is part two of our five-part Insider’s Guide to Pristina, Kosovo, which originally appeared in Huck 48 – The Origins Issue.

Linkedin
RELATED ARTICLES
OTHER ARTICLES
As Kosovo celebrates its seventh year of independence, we take a stroll through its creative capital, Pristina, and meet the political agitators, musicians, publishers and filmmakers rebuilding their city from the cafés up.
On the 20th anniversary of the Srebrenica genocide - in which 8,000 Bosniaks were killed during the Bosnian War - what has Europe learned?
This year Huck is going in search of a manifesto for indie culture - a crowdsourced how-to guide where everyone shares a little something they picked up along the way. First stop: Origins. Stories of new beginnings and authentic roots.