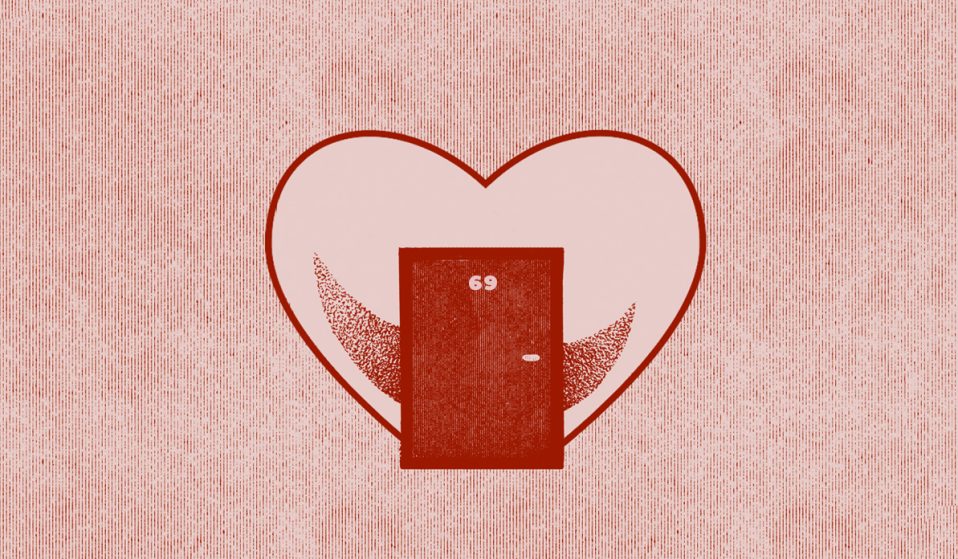 Already a big hit in Japan, daytime and by-the-hour hotel bookings are becoming more popular in Western cities – it’s just that not that many people know about them yet.

Already a big hit in Japan, daytime and by-the-hour hotel bookings are becoming more popular in Western cities – it’s just that not that many people know about them yet.

Coming to Japan as a first-time visitor isn’t really about seeing the country – it’s about having an unfamiliar, overwhelming and fascinating place happen to you. At least that was my thinking when I booked a love hotel in Tokyo, curious to explore Japan’s unique hotel-by-the-hour phenomenon that makes no secret of what it’s about: this is a place where people go to have sex.

At home in London, I’ve booked hotel rooms for the sole purpose of getting some before, but staying in a “love hotel” felt different somehow. A regular hotel is just a room, and you could just be there because you need a place to sleep. No matter how much you’re looking forward to rolling around on those crisp white sheets, social conditioning dictates that you’re probably going to maintain decorum until you’ve put that “Do not disturb” sign out. But in a love hotel there’s no such plausible deniability – and while it’s discreet, there’s no space for shyness.

My boyfriend and I had left the love hotel experience to our last day in Tokyo, which was a bad call: we were tired and hungry after hours on a train when we arrived at the hotel in Shinjuku. Noting the hourly rates for “rest” listed outside, we handed the money over to a clerk whose face was hidden behind a lowered partition. Frankly, we didn’t really feel in the mood for a slightly seedy, definitely gaudy, windowless room with white leather on the floor.

But any hesitation evaporated the moment we stepped into the love hotel madness: the room was bathed in bright pink and blue neon lights, contrasted by a flashing disco ball in the bathroom. It had everything: a karaoke machine, massage oil, tissues, stain remover, every bathroom product you could imagine, and complementary condoms. We looked at each other slightly stunned, before falling over laughing and letting the room work its magic.

Love hotels are surprisingly folksy in Japan – there’s about 37,000 of them across the country and they’re visited by an estimated 2.5 million people a day. Sometimes it’s for affairs or other secret encounters, but often it’s just people who need somewhere to go (Japanese homes are often small and shared by entire families), or couples who do it for fun.

The first love hotels came about during the Edo period, before the present-day form, named for “Hotel Love” in Osaka, rose to popularity in the 1970s. Some are fancy and flashy (big beds, jacuzzis, karaoke machines) and others have elaborate themes (space, mirrors, cages). But all of them are unapologetic about the fact that people have sex here, and that’s okay.

London (and other major Western cities) has more of a cloak-and-dagger approach to the fact that some people rent hotel rooms for the purpose of sex, but the love hotel phenomenon can be found here too. Unlike Japan, however, the fact that you can rent a hotel room just for the day in London is not a widely known fact.

“I did a web search for ‘renting hotels during the day’, and realised that it’s actually really common and easy to do,” says Neil*, a 40-something Londoner who was prompted to investigate when he was looking for a private place to meet up with women for sex. Neil was amazed to find that the London version of “love hotel” is basically regular hotels – all of them, pretty much, will let you rent one of their rooms for an afternoon only.

“I imagined the hotels renting by the hour would be a small number of fairly seedy places. Those exist too of course, but you can get a day room at all manner of incredibly nice hotels in London,” says Neil, who’s in an open marriage. He opted for day hotels in order to keep any encounters away from the house he shares with his wife and two small children.

There are websites and apps that specialise in what’s called day-use hotels, and the marketing around this concept is adorably modest: it’s for having a nap, or getting some work done, or going to the hotel spa. But Neil suspects he’s a more typical customer: “I’ve certainly had one or two disapproving looks from check-in staff – there was particularly one hotel that I went to several times,” says Neil. He didn’t bother asking what they might have been thinking, as his conscience was clear: he wasn’t doing anything illicit. “It wasn’t a secret from my wife, no. It was more about the convenience of having somewhere to go,” says Neil. “And obviously, it’s exciting to disappear off in the middle of the day to have sex in a hotel.”

“Day hotels are for all kinds of reasons – for sleeping, for work, or for the experience,” says David Lebée, Founder & CEO of DayUse, a website which has been facilitating daytime hotel bookings since 2010. Operating globally, DayUse is steadily adding hotels, for which it’s good business: “During the day, 70 per cent of hotel rooms are empty.”

Lebée acknowledges that the reputation of daytime rooms being all about affairs has led to some explanatory conversations with prospective hotels, who want to know who their new customers are likely to be: “The idea that day booking is linked to illicit affairs is persisting, but at night you don’t think about why people need hotel rooms – it’s exactly the same during the day,” Lebée tells me in his heavy French accent. “This is the hotel, this is the room, and there’s a bed. That’s it.”

Simon Botto, Co-Founder and CEO of daytime hotel booking service DayBreakHotels, agrees that people use hotel rooms for the same things during the days as they do at night. “The most common reason to get a daytime room is the mini vacation – people taking a break in their own city at a luxury hotel,” says Botto. After all, day rates are far cheaper than the overnight rate.

Botto lists some other key reasons for people booking daytime rooms: a place to nap, to work, going to the spa, watching sports with friends, conducting work interviews, or taking the kids to the pool. “People also use it as an alternative dating experience, so you go on a night out, have a nice dinner, and then you have the room until midnight,” he explains.

Renting a room for a few hours London hotel is a little different than in Japan – for one, you can’t usually pay for just an hour. A quick search found a room available between 10am to 6pm in Paddington for £69, a deluxe double (11am to 5pm) going for £59 in King’s Cross, and an evening room deal (6pm to 11.30pm) at £75 in Clapham.

There are also pods from £16 at Pop&Rest if you’re genuinely looking for a nap, as is the case for Sara Tasker, a 35-year-old photographer and writer from Yorkshire. Tasker uses day hotels to rest between meetings when she’s in London for the day for work, as she has a chronic health condition that causes fatigue and lightheadedness. “The longer I’m upright, the worse I get until I faint,” she says, with a laugh. “I’ve fainted in the most ridiculous places.”

Tasker said she had to reassure her husband the first time she booked a day hotel that she would indeed be alone there: “I always worry that hotel staff might think I’m having some sort of clandestine encounter, but the reality is much more boring than that.”

At the hotels by the airport, you may find couples who’ve been apart too long already booking in for a nooner. But an even more common reason for airport day use is to sleep, either before, after or between flights. This is especially true if you’re travelling in a different time zone, as was the case for Melanie Jones, a 42-year-old Londoner who runs a PR company, during a recent trip to New York. “It was very convenient,” she says. “The hotel had a gym and a pool, meaning I could work out as well as relax.”

While everyone else I spoke to said they sometimes get funny looks from hotel staff when checking into a room in the middle of the day, Jones says this has never happened to her in an airport hotel – they’re used to people coming and going at unusual times.

“A time and a place,” is the phrase written in lights over the check-in counter at the Hoxton Hotel in Holborn – you can get a day room there (10am to 4pm) at a £99 flat rate. A hotel room, whether it’s day or night, is about privacy – to slip away and lock the door, relaxing in the knowledge that no one is going to bother you. Sex is only one of the things that you can do with the space that opens up – even Japanese love hotels are sometimes used to just get a rest and some reprieve from the world.

For Alison*, a 30-something Londoner, day hotels became the only place where she and her boyfriend could truly be themselves. They were in love but were both married to other people, and their spouses didn’t know about their relationship. For several years, they met every few months to spend a day in a hotel – cost prohibiting them from doing it more often, plus it required taking a day off work.

“It’s about having somewhere to go that’s private, where you don’t have to brace against everyone else, worrying about who might be around,” says Alison. They’d take turns checking in, texting the other the room number a few minutes later, in order not to be seen together. Alison says she’d always have an excuse ready for why she was at the hotel in the middle of the day, just in case anyone asked.

Alison and her boyfriend would meet elsewhere too, but being in each others’ houses felt strange, as their separate lives clashed together. “A hotel is easier because it’s not an environment that’s ours collectively – no personal belongings. Actually, the neutrality of the hotel kind of made it feel like ours. It became that way since we tended to go to the same place.”

Ultimately it may not really matter what you do behind a closed hotel room door – you can have sex, you can sleep, or you can just be together. An afternoon in a hotel room is about slipping away from the world.

“It’s about being around somebody,” says Alison. “It’s about a place where you can just be yourself.”

Linkedin
RELATED ARTICLES
OTHER ARTICLES
Birdy Chu reflects on documenting the historic moment in which the territory was formally passed back from the UK to China.
Cindy Campbell recounts how her brother ushered in a new era of musical culture at a party she held in the Bronx in ‘70s.
Rhiannon Adam spent three months capturing an ageing society wracked by division, isolation, and the aftermath of scandal.
The two-day long event returned to London this year, showcasing a spectacular parade, steel bands and Caribbean food.
In his 2008 series, the photographer pictured himself as Angela Davis, Martin Luther King Jr., Malcolm X, and other prominent figures.
A new project is documenting formerly incarcerated people as they transition back into civilian life.