Travel / The Travel Diary: Confronting the shocking violence of Honduras 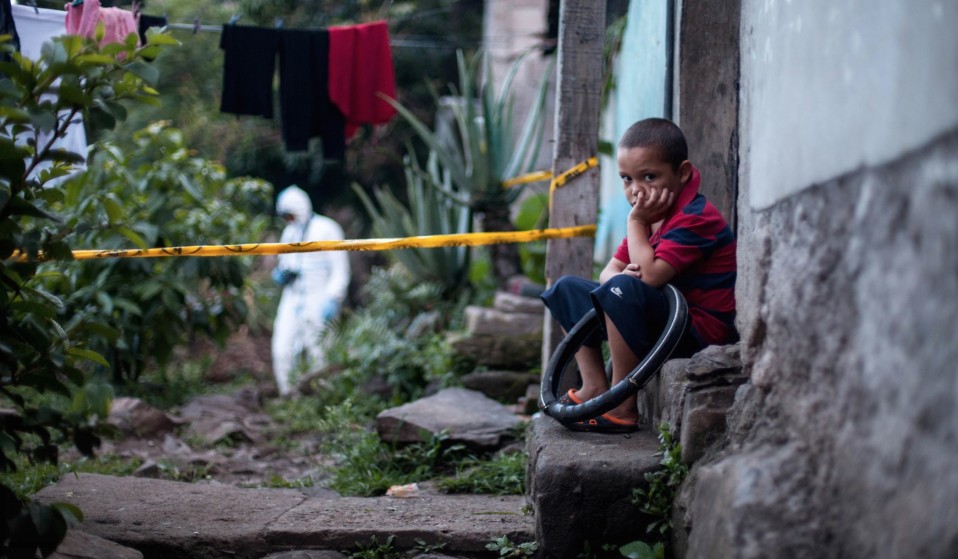 18-year-old student Sean Hawkey returns to the country of his birth – often called the most violent place in the world – for a new photo series.

18-year-old student Sean Hawkey returns to the country of his birth – often called the most violent place in the world – for a new photo series.

I was born in Honduras, Tegucigalpa in the aftermath of Hurricane Mitch in 1999. A year later, my family moved to Brighton in the UK, where I have since spent most of my life.

From a young age, I’d heard a lot about the problems in Central America – especially in Honduras, which is often called the “most violent country in the world.” Growing up, I couldn’t understand what was driving people to behave this way or where this violence was coming from.

This year, after turning 18, I returned to Honduras for two weeks to find out more about my country of birth. Even though my Spanish is a bit broken and I wear very British clothes, it was only my shock that made me feel out of place. My reactions were very British, but the Hondurans took almost no notice of the extreme violence that was on display. They’ve been exposed to it all their lives – it’s everywhere. 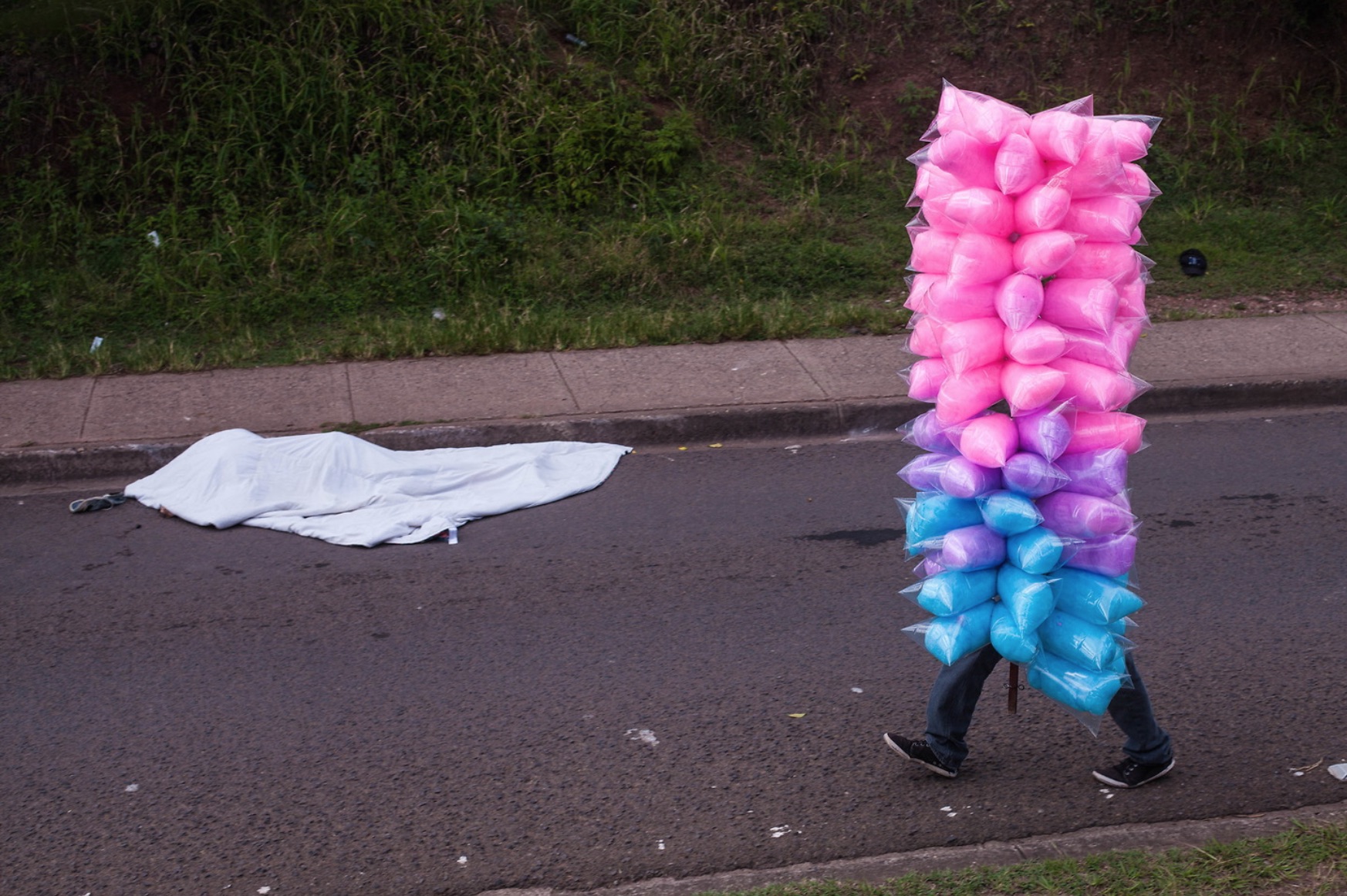 The body of mormon missionary, Jonothan Ordonez, 27, lay covered with a blanket on a road close to the City’s University UNAH after his murder, 12th August 2017. 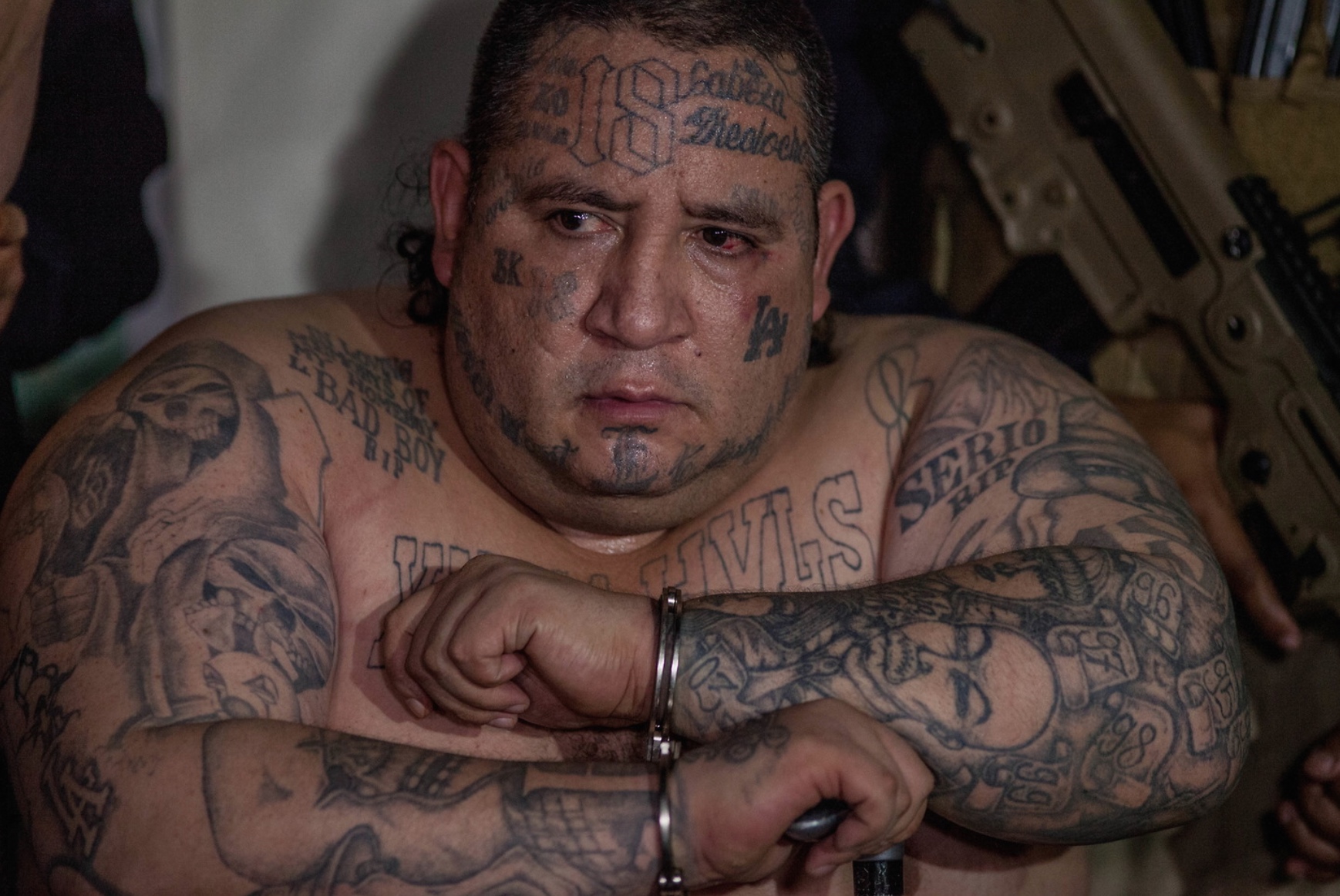 Ricky Alexander Zelaya Camacho was arrested by the Anti-Extortion Police in Tegucigalpa and presented to the press. The notorious 18th Street Gang is known to be responsible for rape, extortion, murder, torture and drug-related offences. 10th August 2017.

The first crime scene I saw was a 6-month-old baby girl, who had been crushed between rocks near a river. I also spent some time outside the forensics morgue, where the family of a 16-year-old girl was told she had been raped and killed by a gang. Although seeing their bodies was disturbing, it was the mourning families hit me a lot harder. It made me realise that I fear loss more than I fear death.

Most news stories have a lifespan. Honduras has been a violent country for a very long time, and when there is no major change, news networks don’t want to know. The people at the forefront of trying to create change are students, who are being blocked from education by the government because of a biased teaching system. With a new government, a new generation of students can be taught to help create change within the country.

For me, taking photos is a way of providing insight into a hidden world – of giving a voice to those who cannot speak, and report on the unreported. Honduras is a broken country. It needs radical change. If this next election [happening on November 26] doesn’t go well and another government who does next to nothing to try and fix these problems gets into power, a lot more innocent people will die. 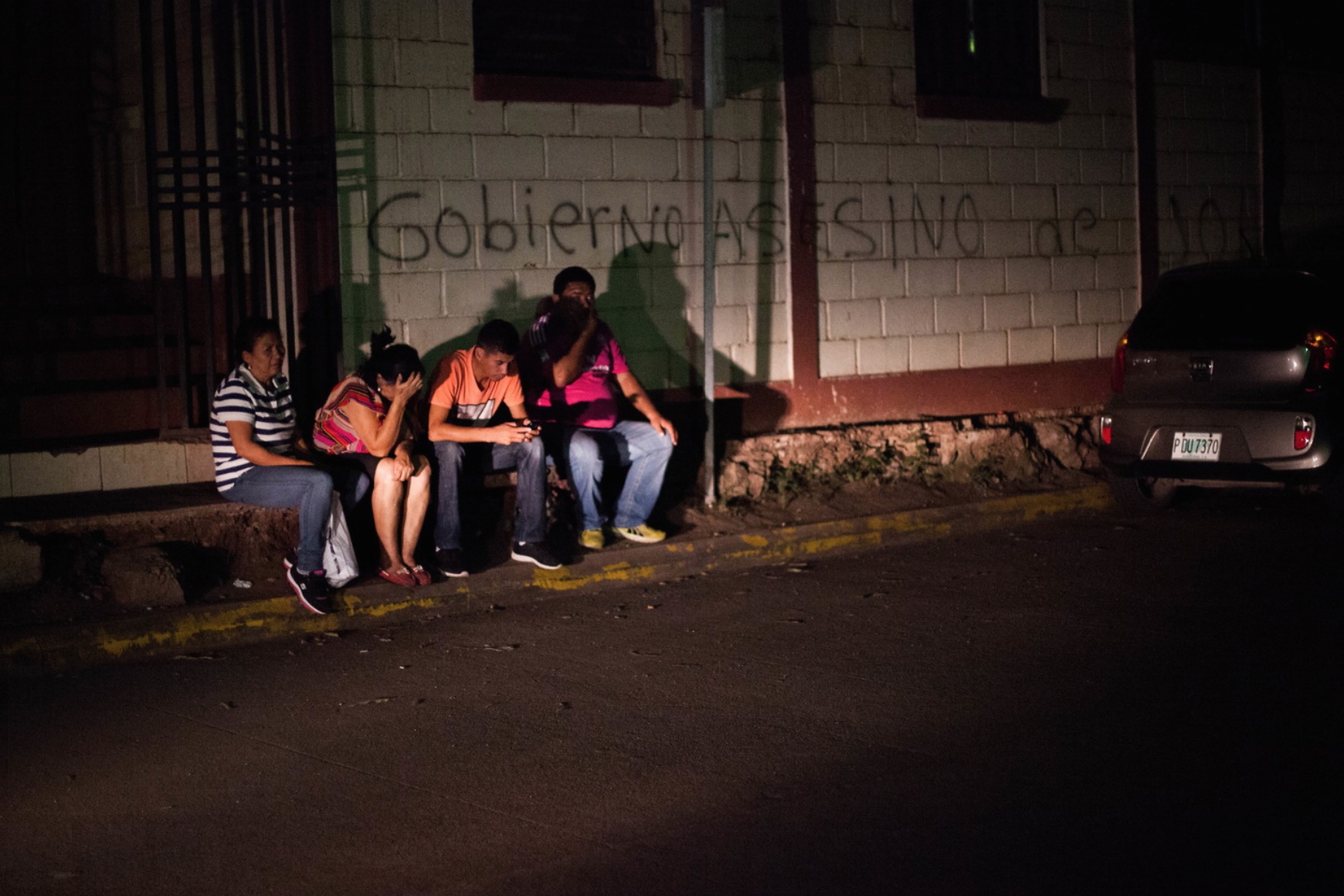 The family of a 15-year-old girl have just learned that she had been raped, tortured and killed. Her body was found tied up in the woods, it is thought she was killed by a gang. 3rd August 2017. 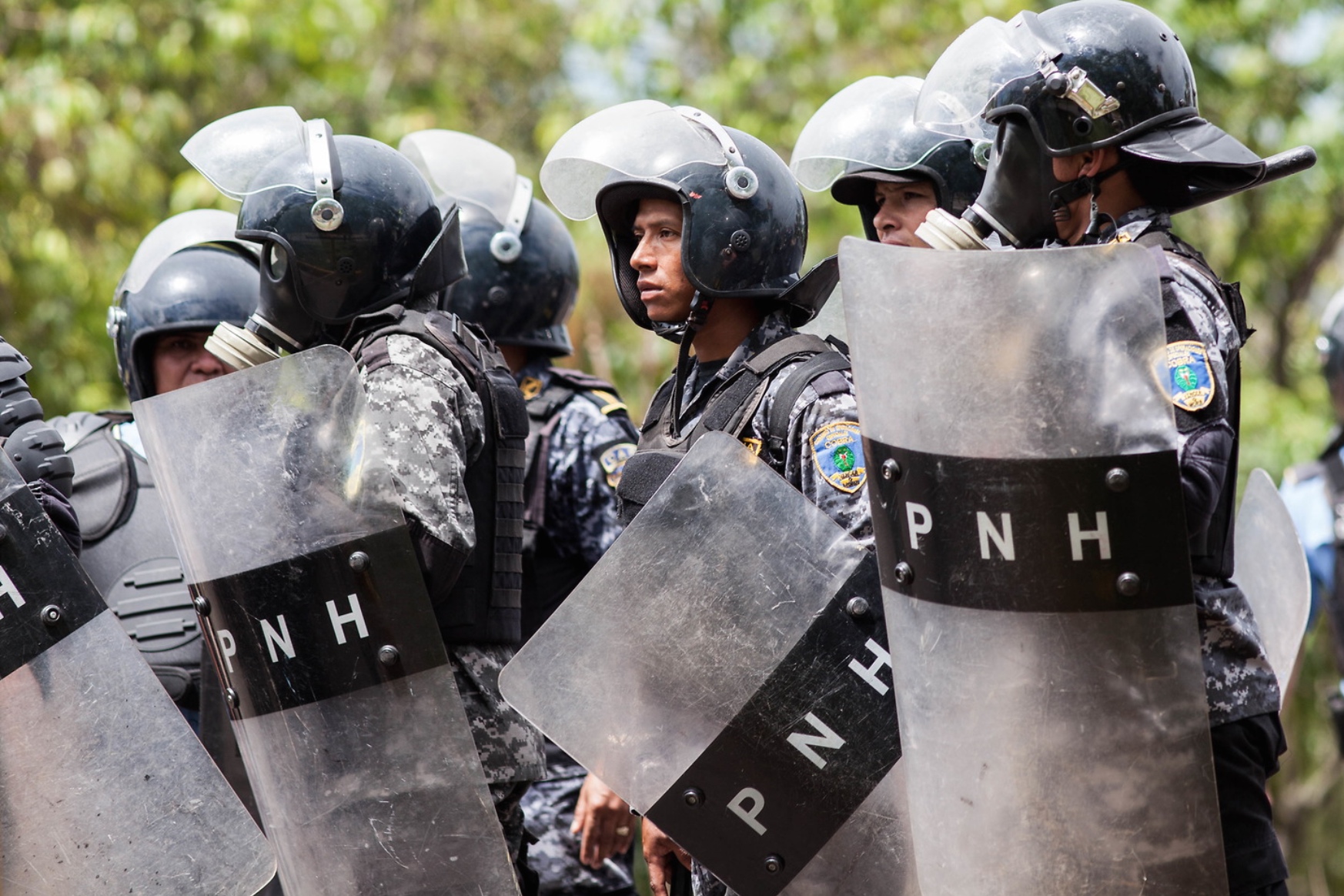 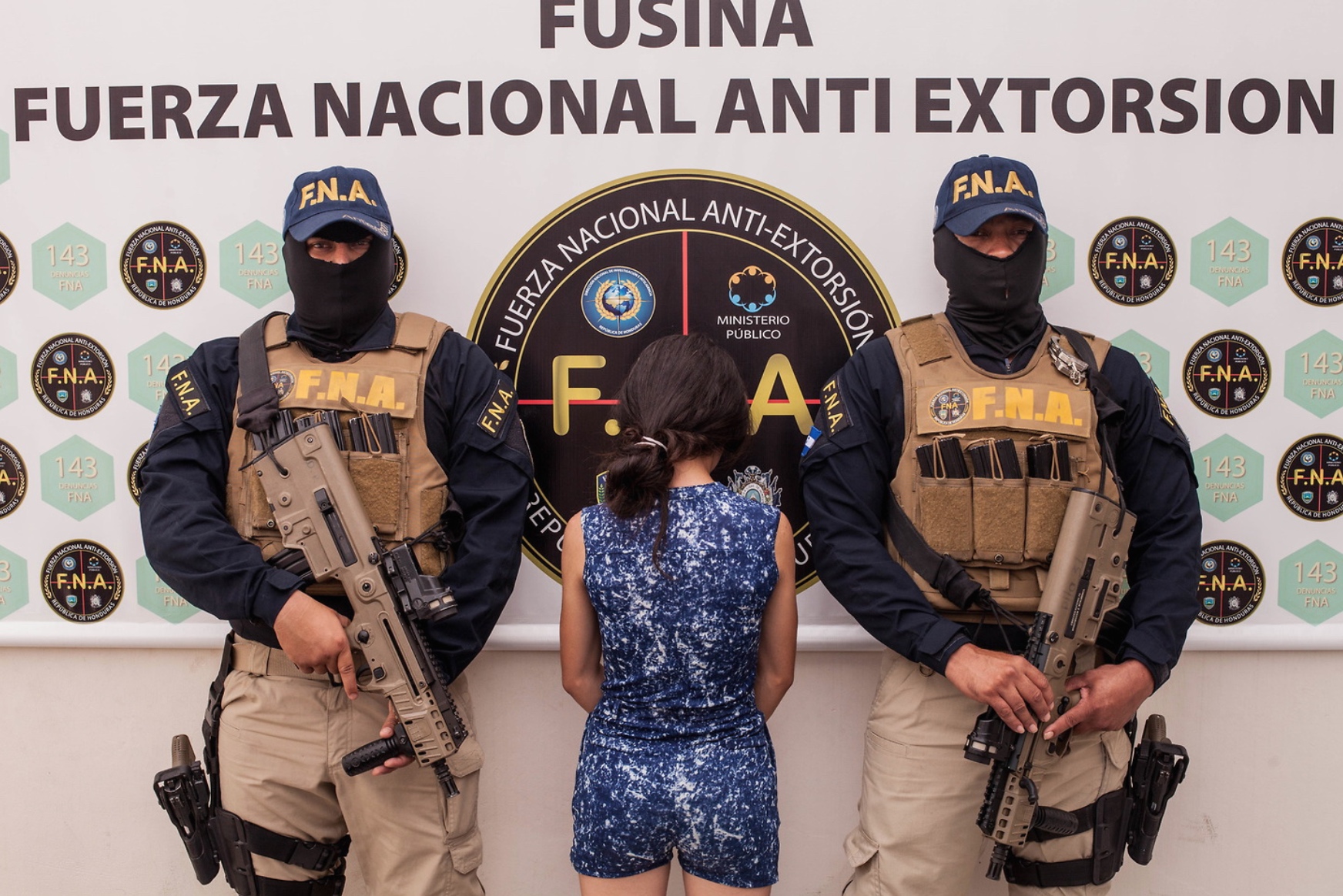 A 16-year-old girl, arrested for extortion, is presented to the press by the police in Tegucigalpa. Teenagers in Honduras are often used to carry out extortion for gangs, their family’s lives are threatened if they do not cooperate. If they are caught, like this girl, they will go to prison for taking part in the crime. 9th August 2017. 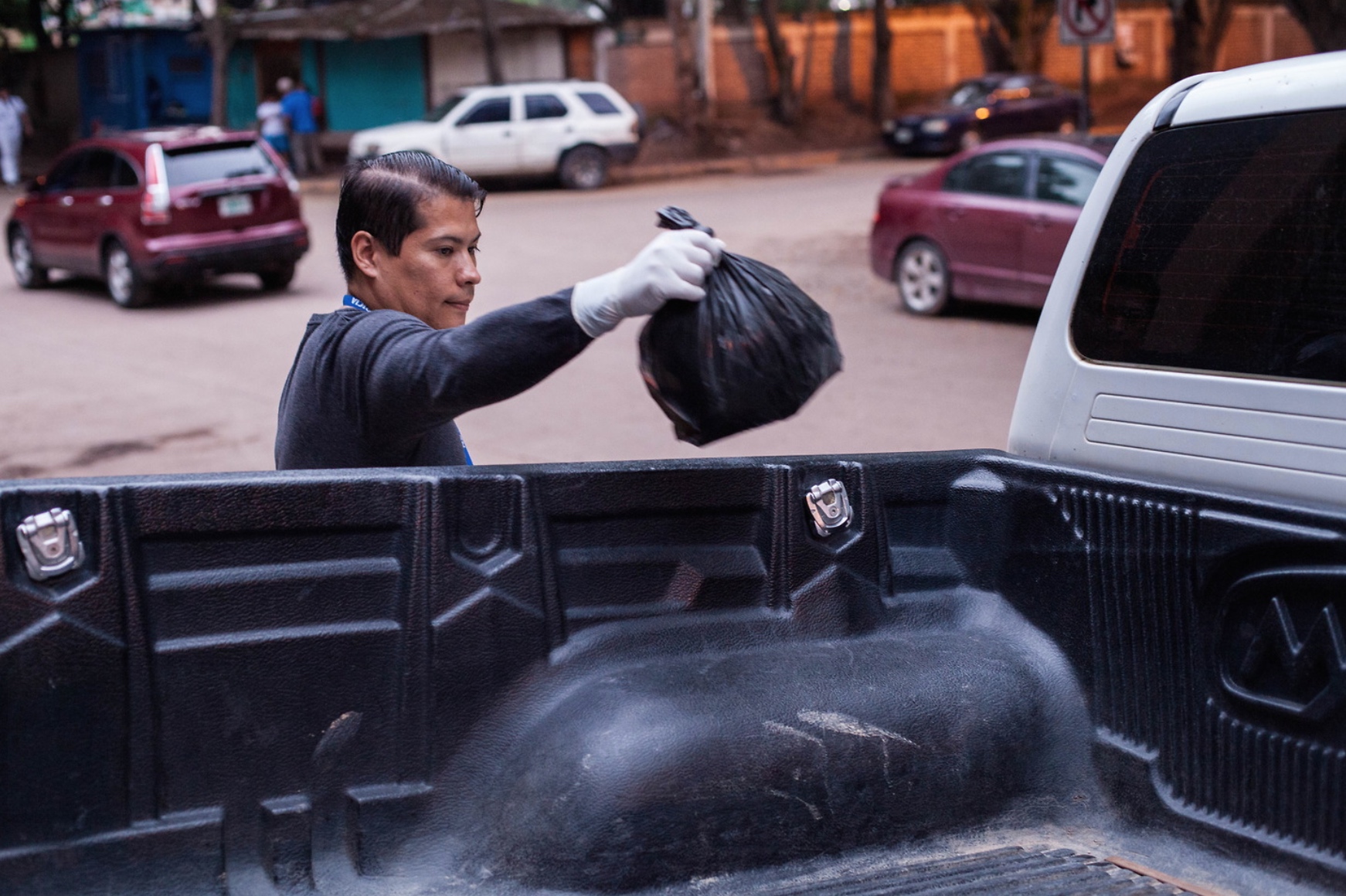 A worker at the Forensics Morgue in Tegucigalpa picks up a decapitated head from the back of a pickup truck. 7th August 2017. 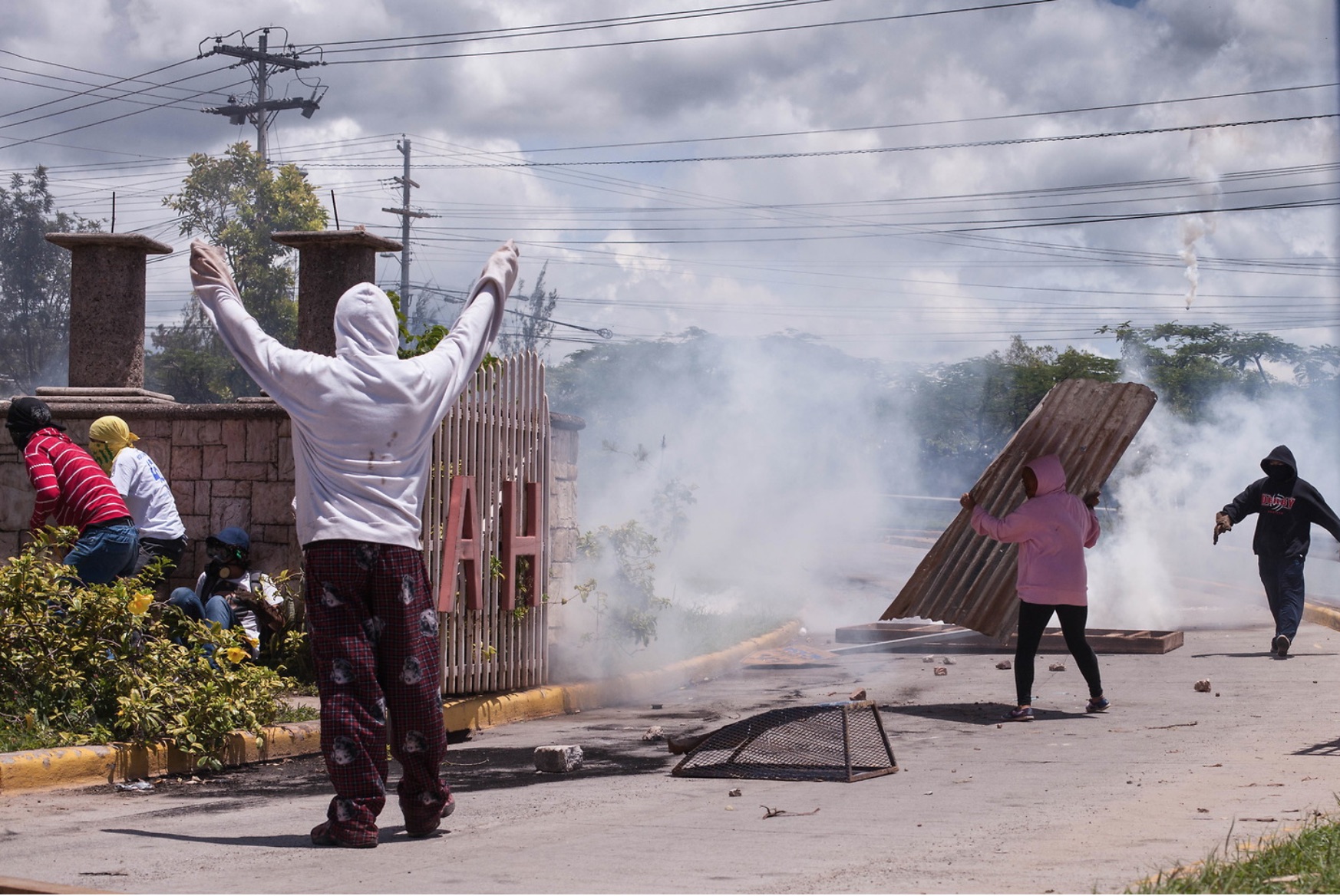 Students at the UNAH university protest frequently, taking over the main road in front of the university. 10th August 2017. 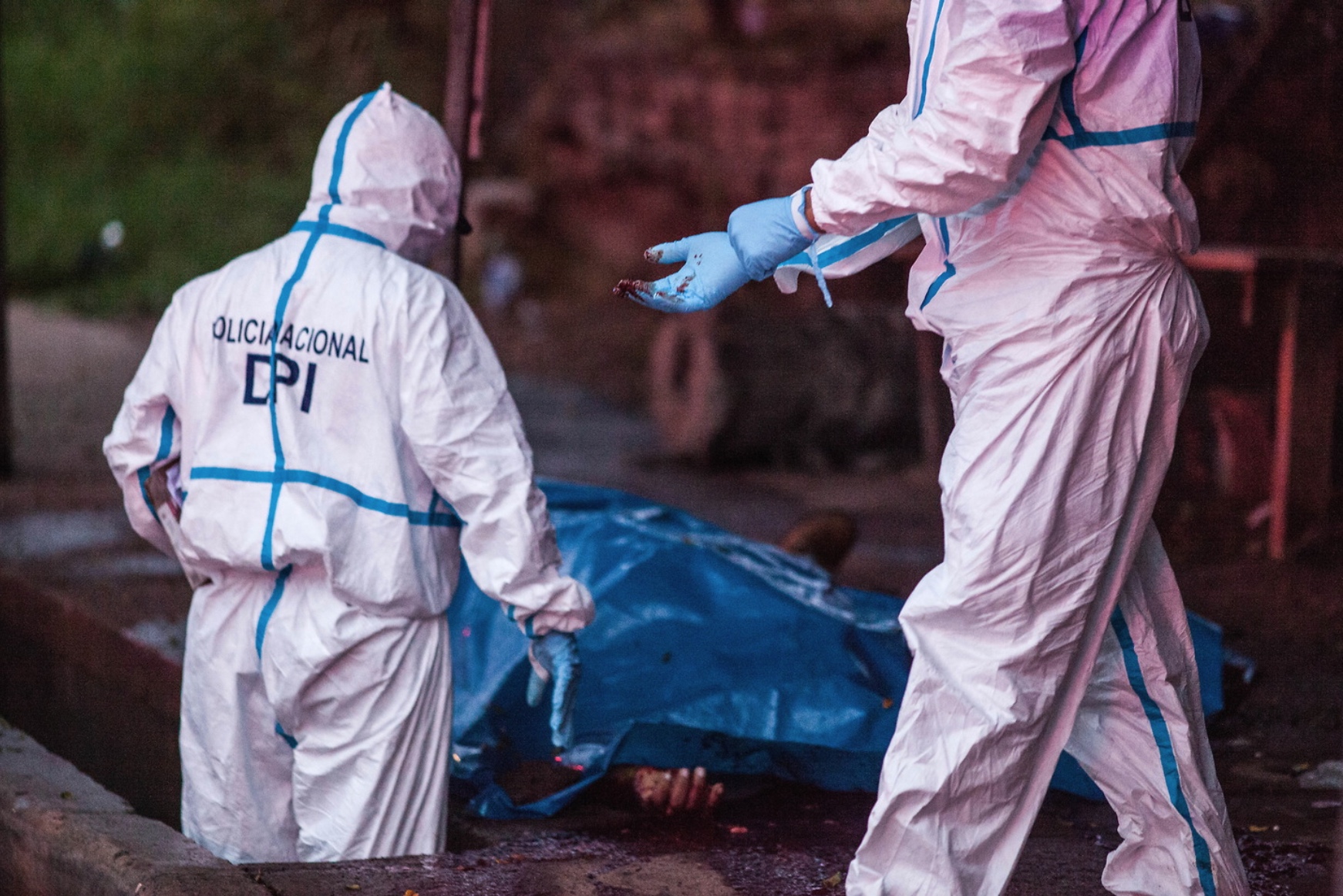 A forensics team working to document the death of taxi driver José Manuel Moradel, 45, murder in the street. 45 bullet shells were found at the scene. 8th August 2017. 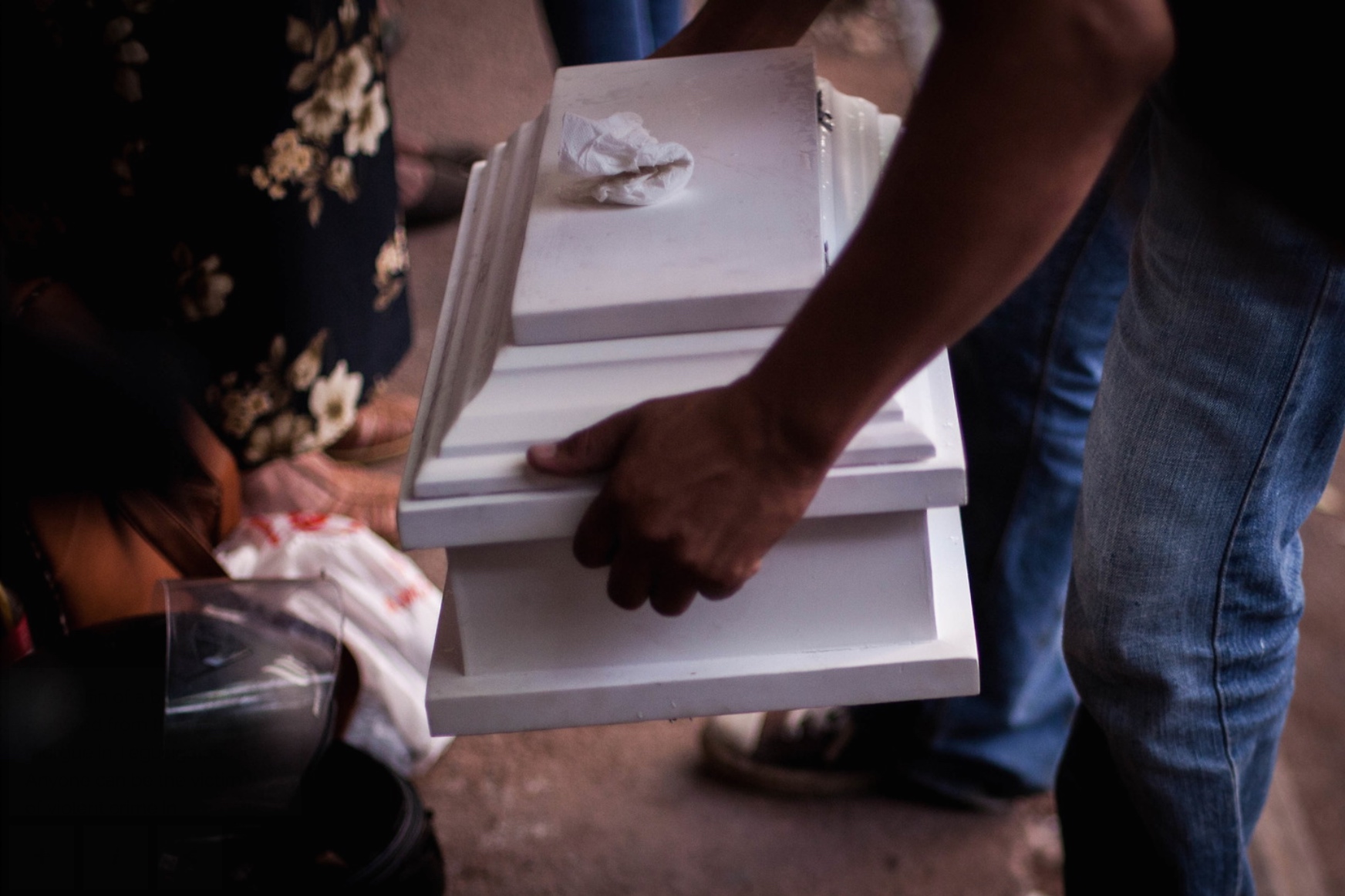 The coffin of a baby is removed from the forensic morgue in Tegucigalpa. 11th August 2017. 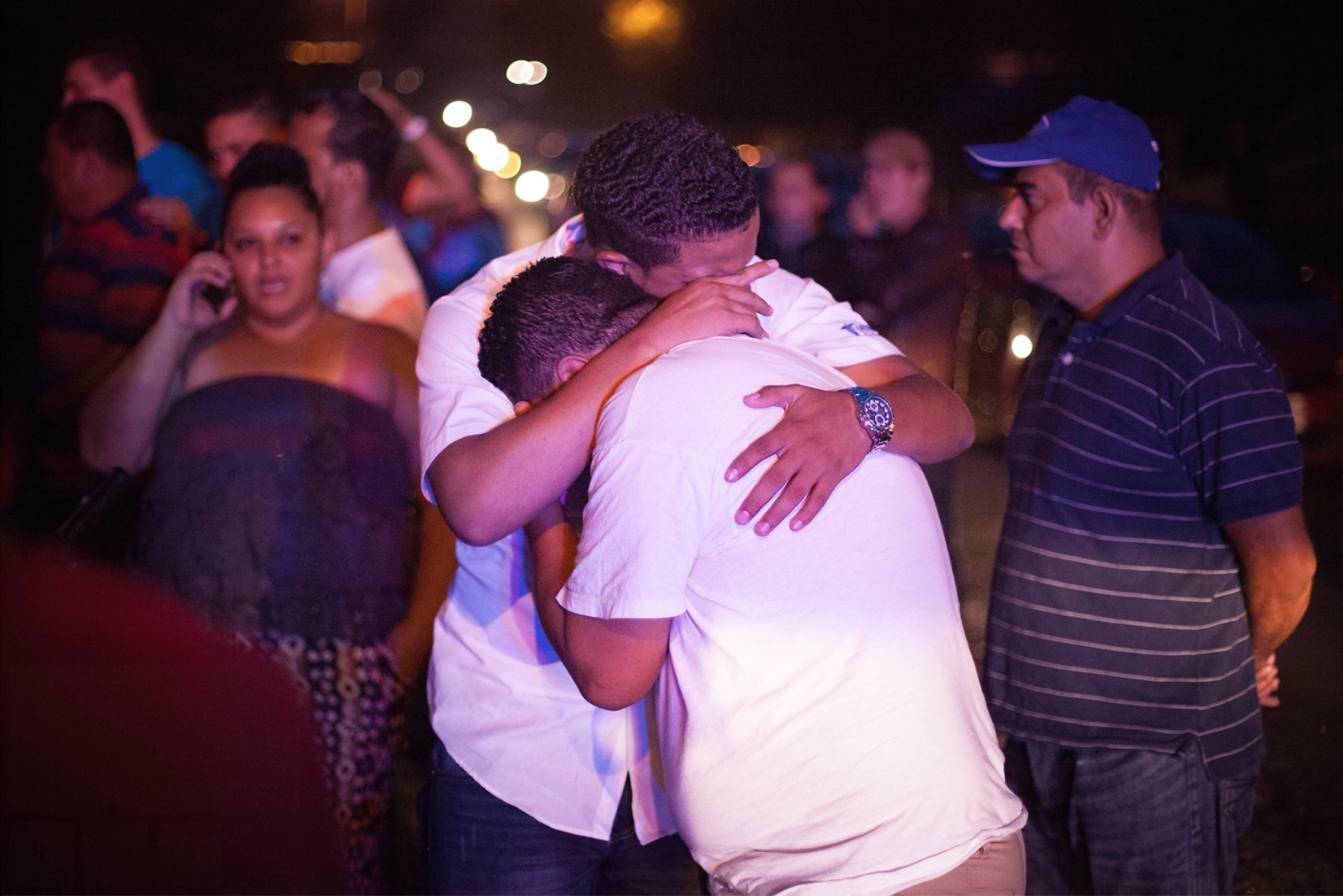 The two sons of a murdered taxi driver weep in the street at the sight of their father’s motionless body. 8th August 2017.

See more of Sean Hawkey’s work on his official website.

Linkedin
RELATED ARTICLES
OTHER ARTICLES
At his West Bank restaurant, Fadi Kattan established himself as the voice of modern Palestinian cuisine. Now, he’s bringing his innovative, bold flavours to the UK’s capital.
Social prescribing connects people with non-medical support to improve their health and wellbeing – but some experts worry it’s just a stick plaster solution.
A new law change is enabling Britain’s donor-conceived children to know the truth about their origins – but campaigners say the fertility industry must do more to protect people.
Tristan O’Neill’s shots of dancers caught in moments of reverie at the height of rave’s golden age are a testament to the UK’s legendary club culture.
Photographer Becky Tyrell went down to the fading banger and stock raceway to meet a community desperate to keep it alive.
Theo McInnes’s photos of the annual event provide an intriguing snapshot of contemporary Britain.