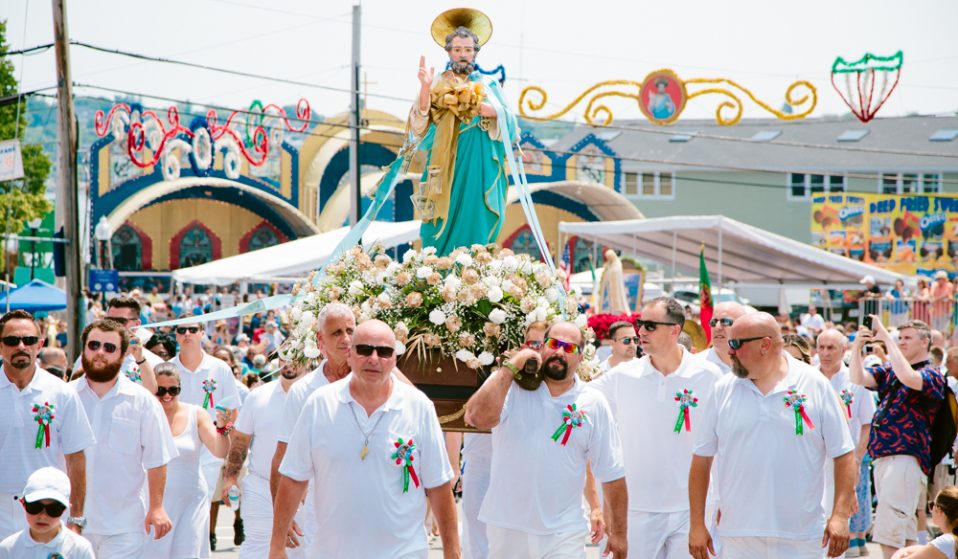 Although I now spend my days baking in the hot sun in Southern California, surrounded by beachside bungalows and palm trees, my heart yearns for the raw jagged coastline of New England.

As a native of Gloucester Massachusetts, I felt it was time to travel east and photograph an annual event that is fundamental to the city’s cultural identity. Every summer for the past 91 years, Gloucester has honoured its Italian heritage with Saint Peter’s Fiesta – a weeklong celebration of drinking, carnival games and sports.

The premiere event of Fiesta is a competition called the Greasy Pole. An invited group of Italian-American men from the city’s prominent fishing families compete by running across a horizontal pole covered in grease, suspended over Gloucester Harbour. The objective is to grab an Italian flag hanging at the end without breaking bones or drowning. The runners are all fueled by drunken courage and the first man to grab the flag in each heat wins. The winners are carried ashore as the crowd cries out “Viva San Pietro!” 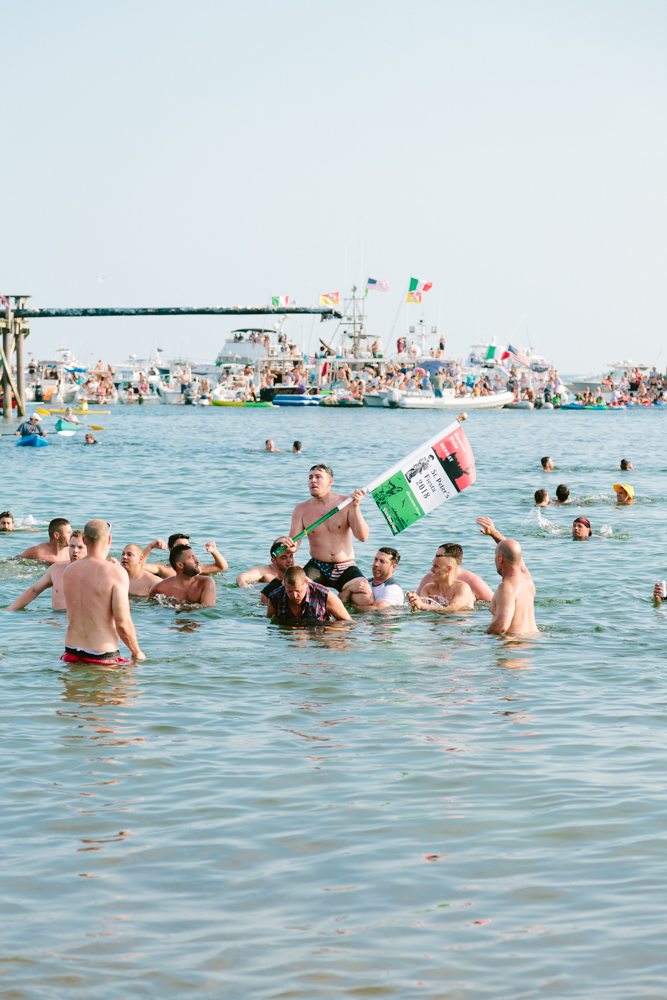 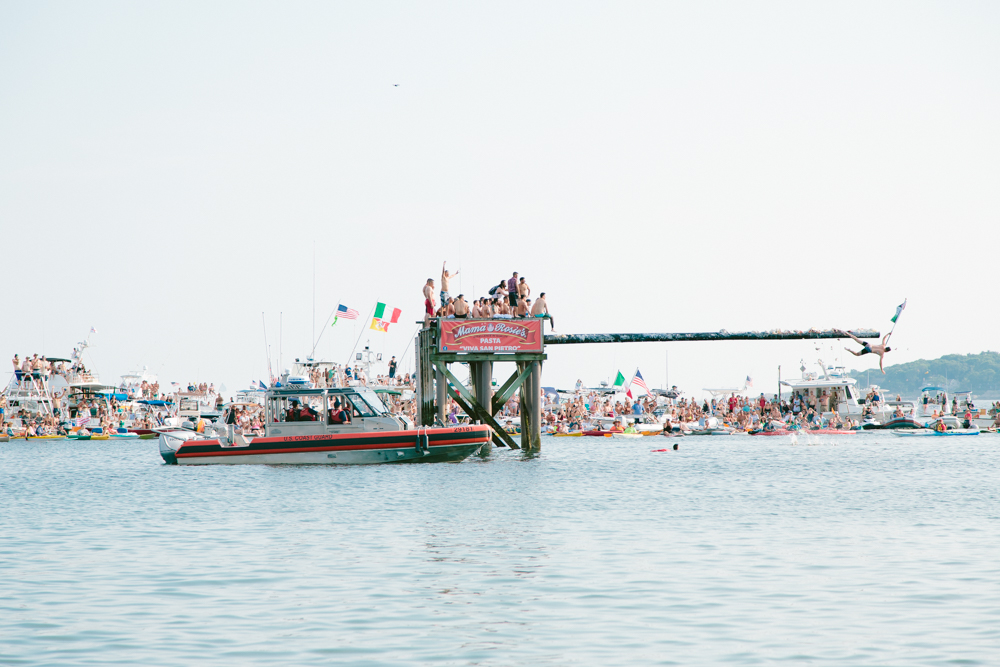 Gloucester is a historic maritime city on Cape Ann Massachusetts. The area was settled in the early 17th century by English farmers, quarrymen and outcasts living on the edge of civilisation. As the Industrial Revolution began to take hold, Italian immigrants migrated to Gloucester to man the growing commercial fishing industry that was now feeding people across the country.

To this day, many of those same Italian-American families control the Gloucester fishing industry and they are all fiercely proud of their cultural heritage. It is the sons of these families who compete in the Fiesta games. 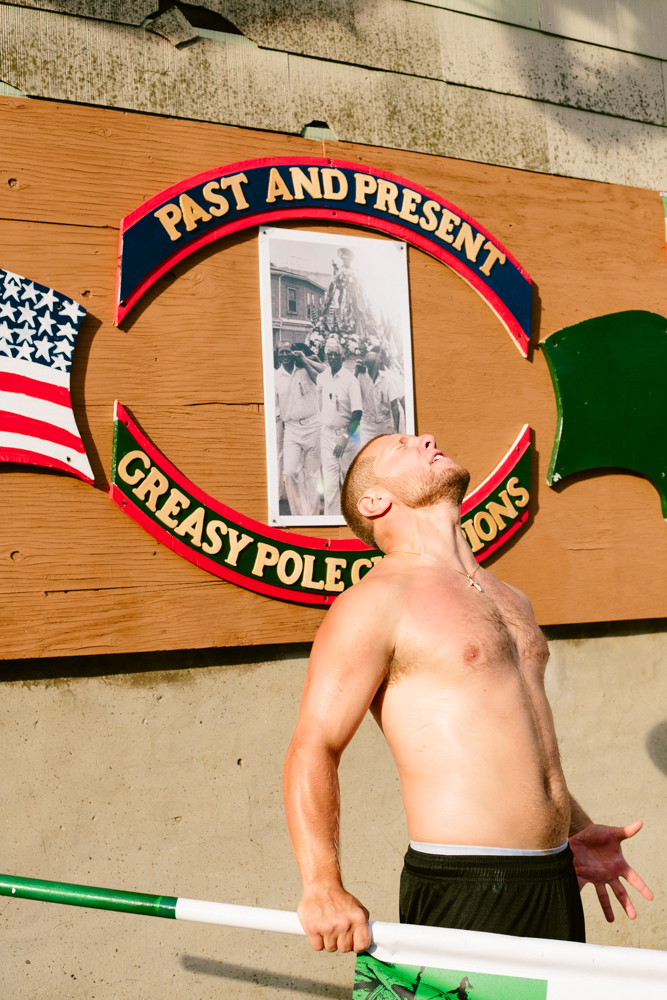 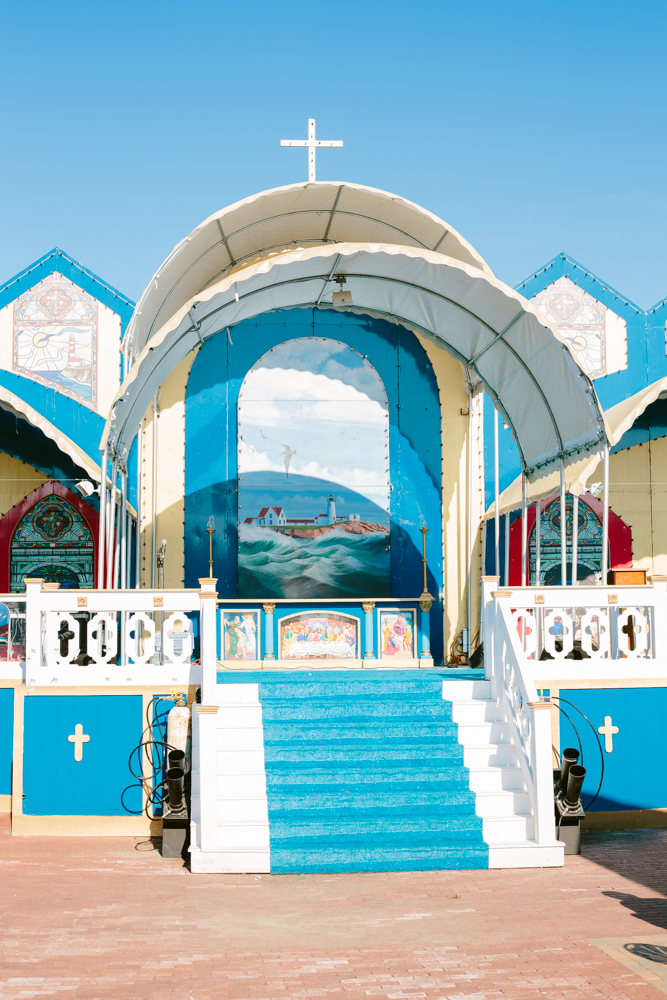 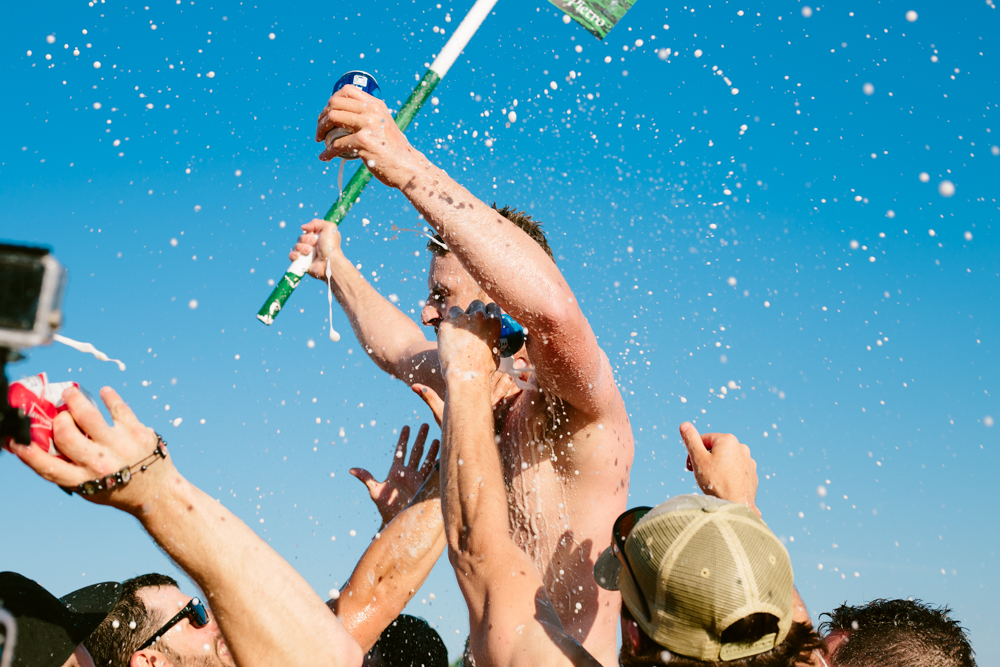 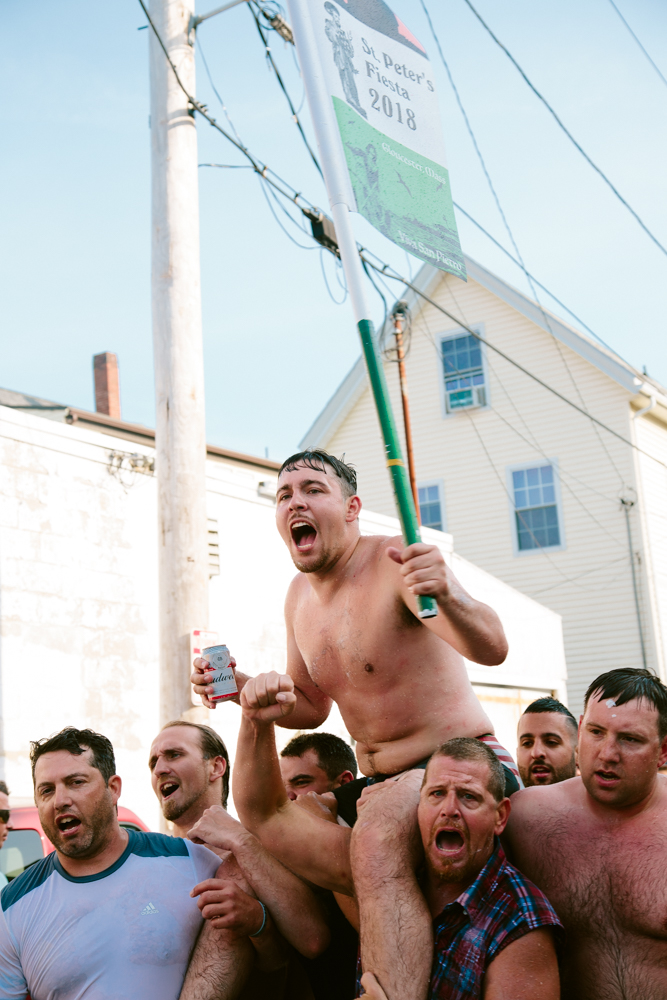 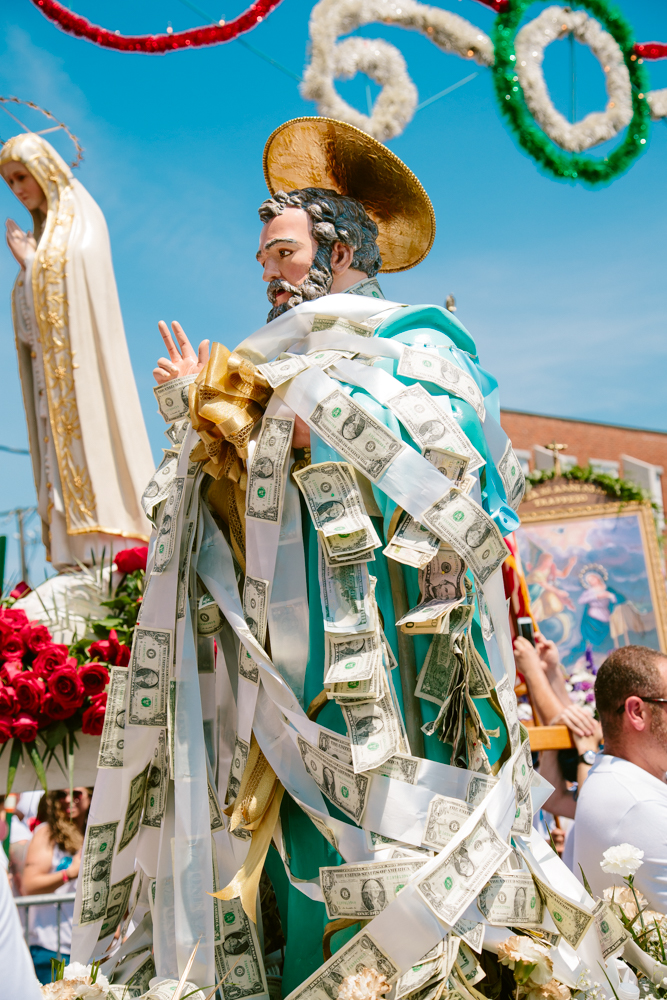 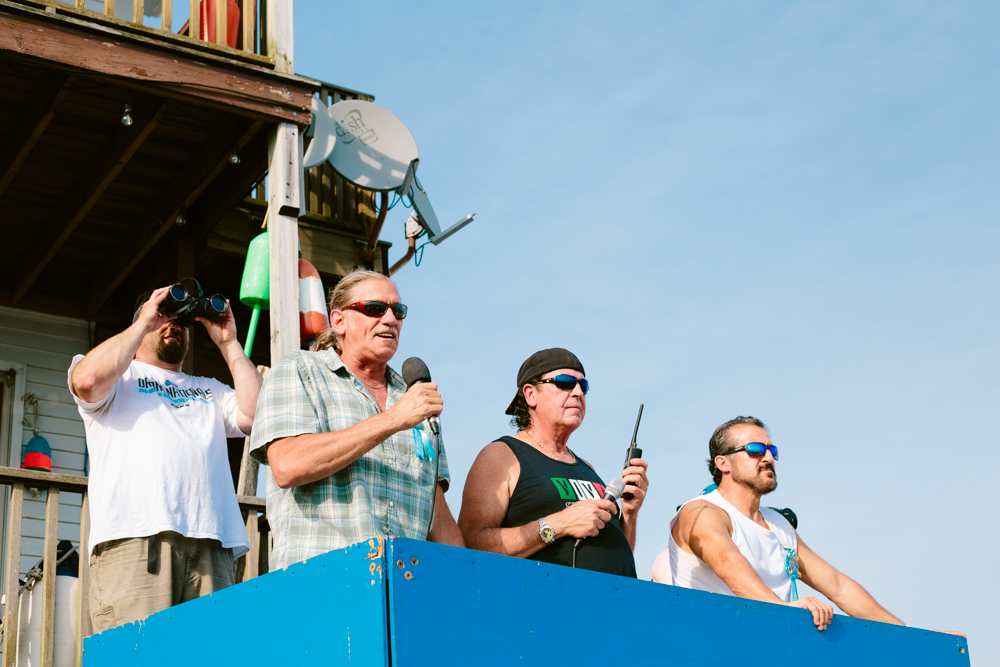 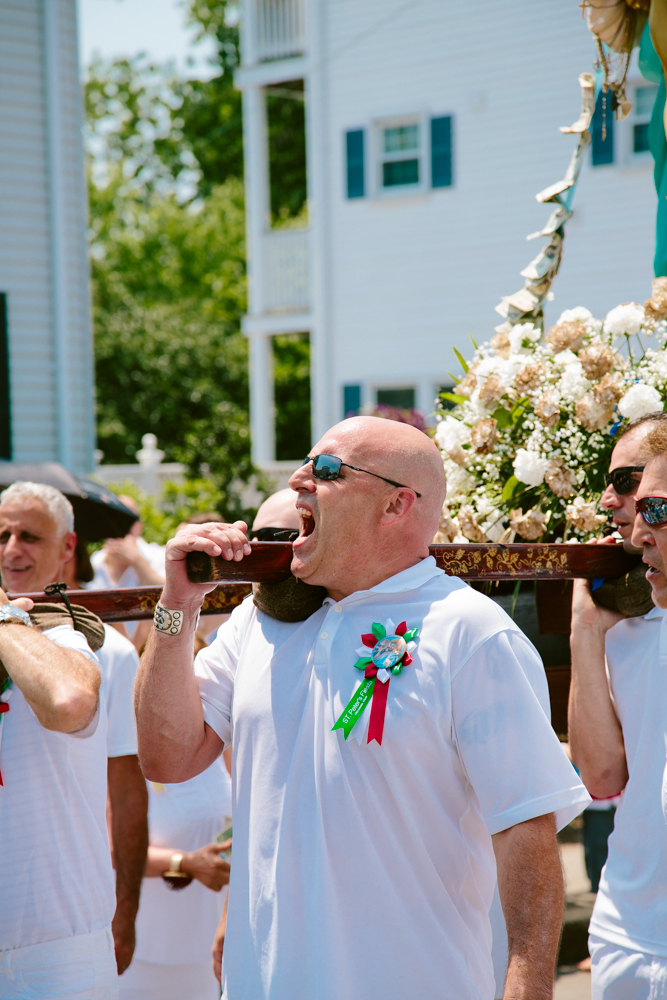 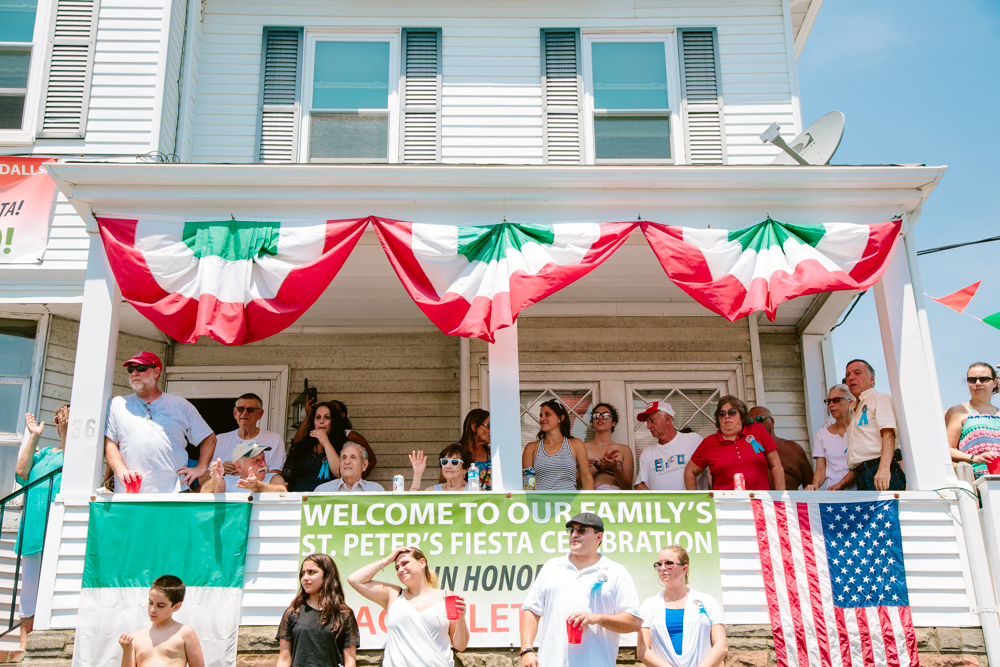 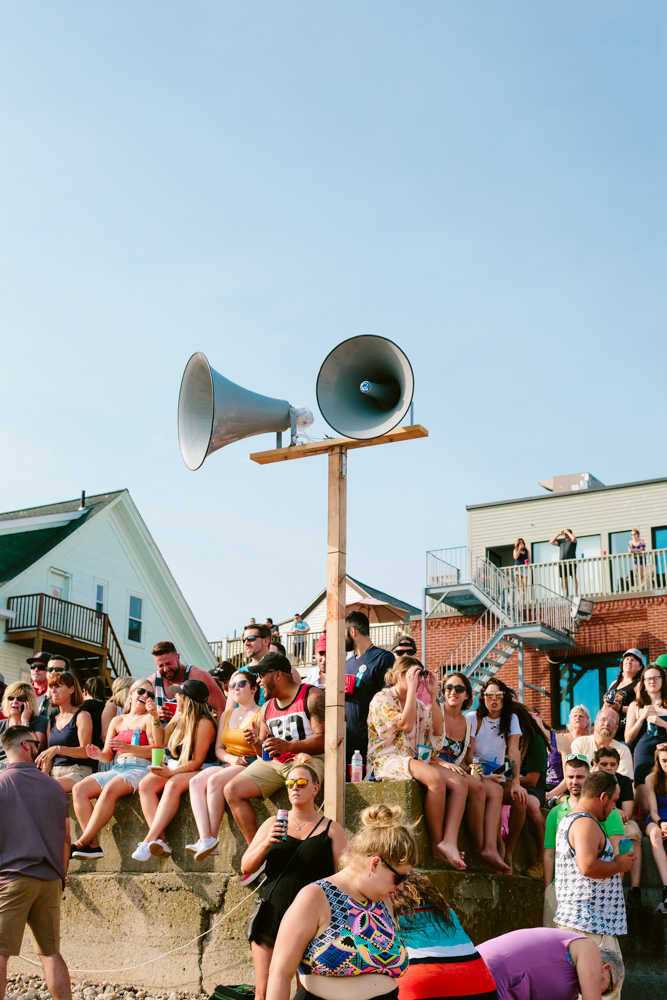 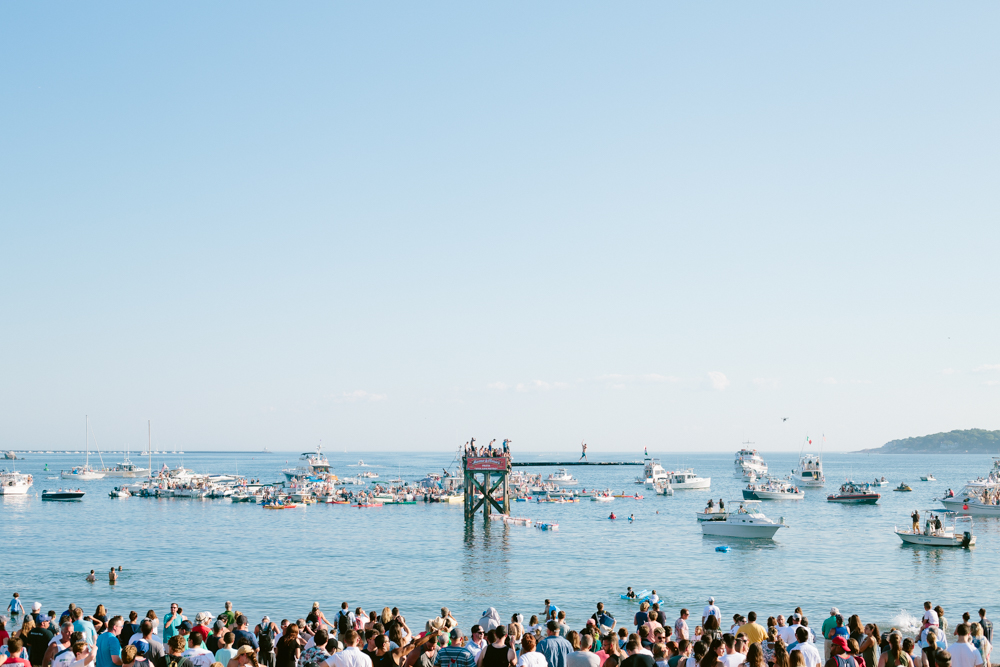 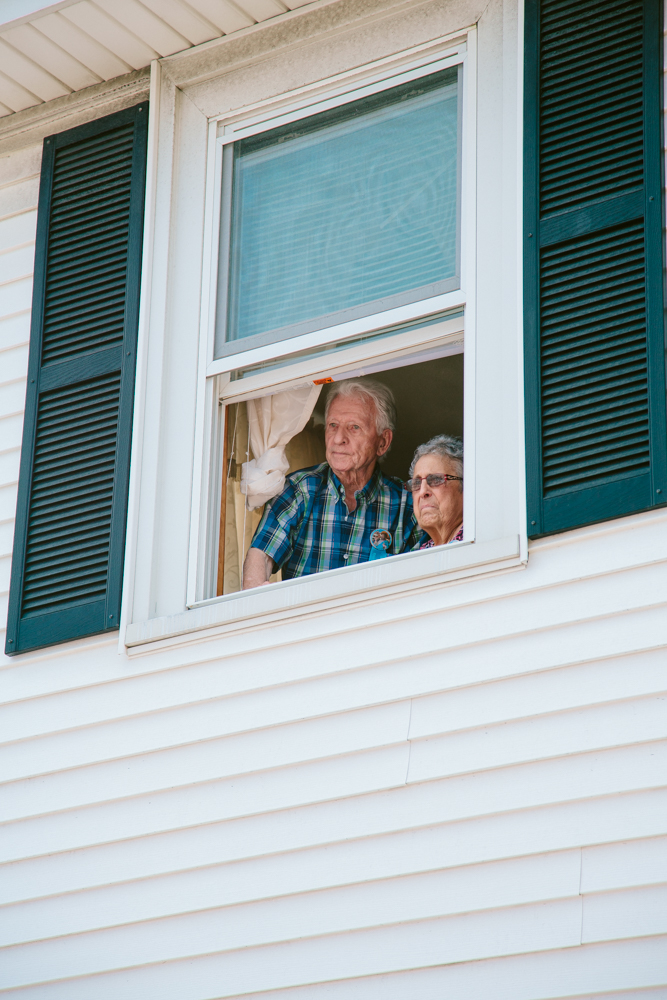 Linkedin
RELATED ARTICLES
OTHER ARTICLES
Wealth inequality and the rising cost of socialising is placing a strain on people’s relationships, reports Eve Upton-Clark.
Thomas Hoepker‘s images taken during a road trip across America provide a searing social commentary about a divided country.
In the latest instalment of Photographers in Conversation, the chronicler of raves, protests and beyond explains why he’s drawn to such specifically visceral environments.
Photographer Arthur Grace recalls travelling through the Soviet Bloc and finding ways to evade the surveillance of his work.
The author discusses the all-consuming nature of heartbreak, and turning the experience into an incisive exploration of love and loss.
A new edition of a seminal book brings together iconic images of the band onstage in their full glory and backstage in moments of unguarded camaraderie.