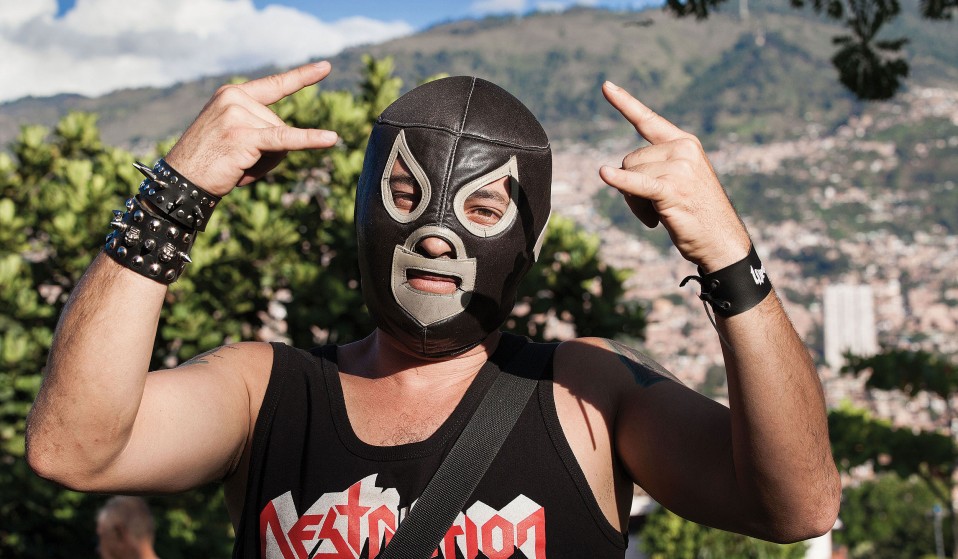 At the bar counter, I ask for a beer, and share my photo project idea with the barman. I tell him I’d like to photograph people and bands related to the metal scene here in Medellín, Colombia’s second largest city. “I know just the guy”, he says, leading me out of the place. It’s only on leaving that I realise we’re in what is actually just a very dark garage.

We walk together up a flight of stairs, and we get to the door of a recording studio. There’s a sign that says ‘Throne’, and I’m introduced to Anibal, the owner. He’s also the lead in a band called Beelzebul, and has spent over 20 years on the Colombian black metal scene.

I moved from São Paulo, Brazil to Medellín, Colombia back in January 2017. I spent my first four months looking into bands and the local scene before building up the courage to ask David, the barman, at the counter of Villamil Ossian Bar to help me out. 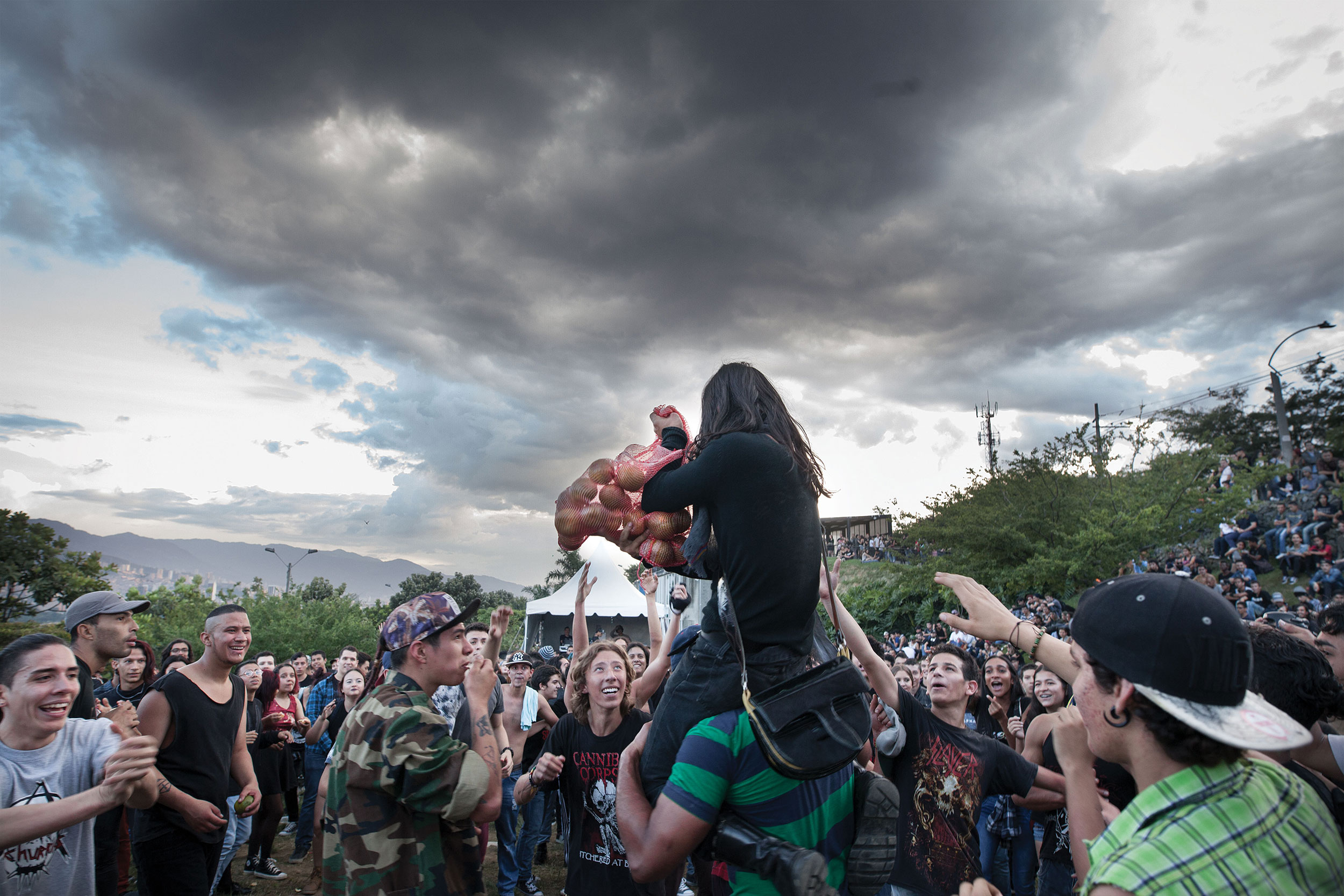 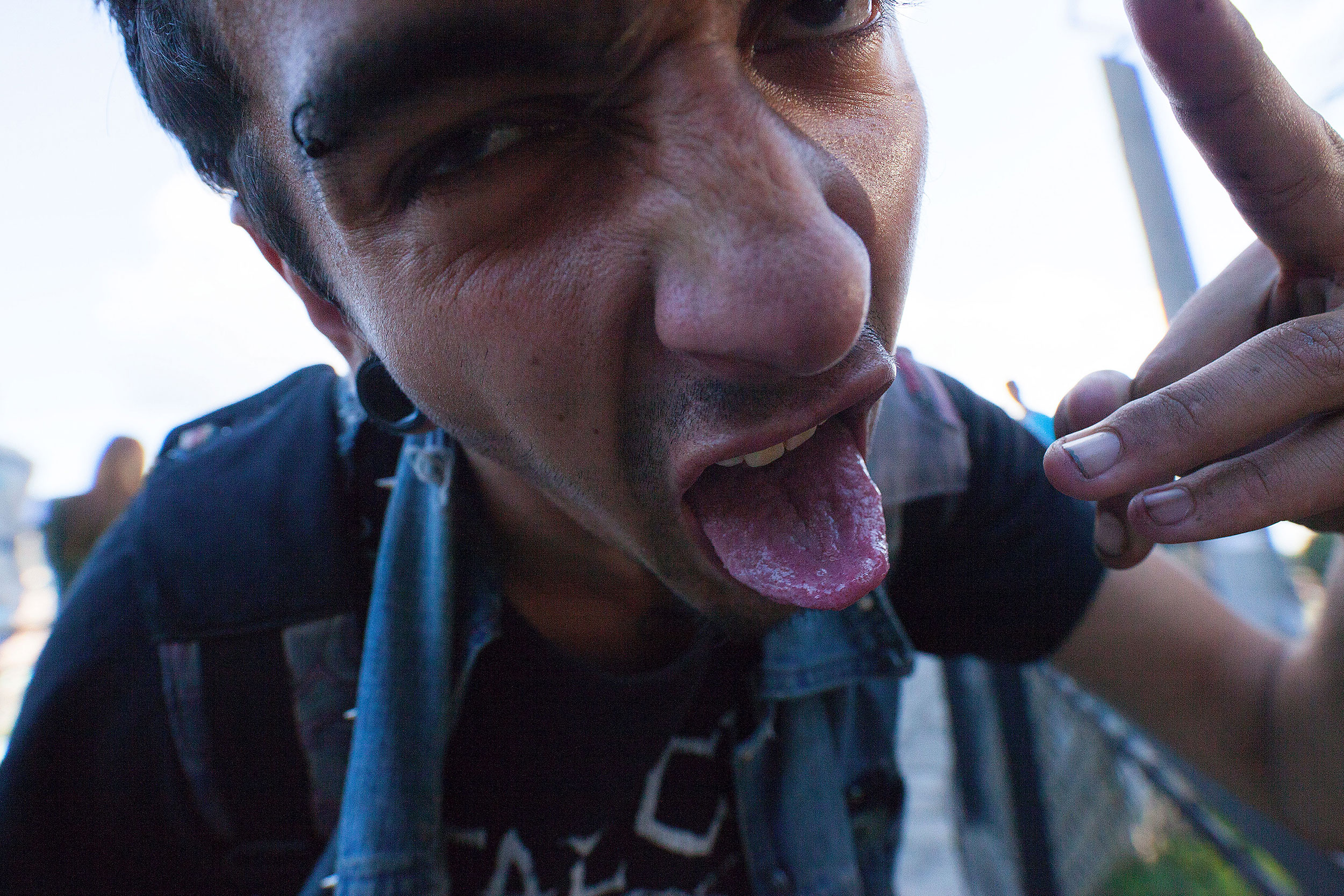 A lot of heavy metal bands started out in Colombia’s darker days, when the drug wars back in the 1980s was in full swing. Even though many of them didn’t explicitly tackle the issue, metal music served as a coping mechanism for a lot of kids who decided not to join the mafia gangs.

Metal in Medellín is all about DIY. The Paisas (a nickname for those who were born in Medellín) take pride in keeping the  scene true to its beliefs, and they are very insular and somewhat suspicious of outsiders. Foreigners like myself, you know. To my advantage, everyone here is crazy about metal music from Brazil, especially bands like Sepultura and Sarcófago so I sort of leverage that as I immerse myself in the scene. 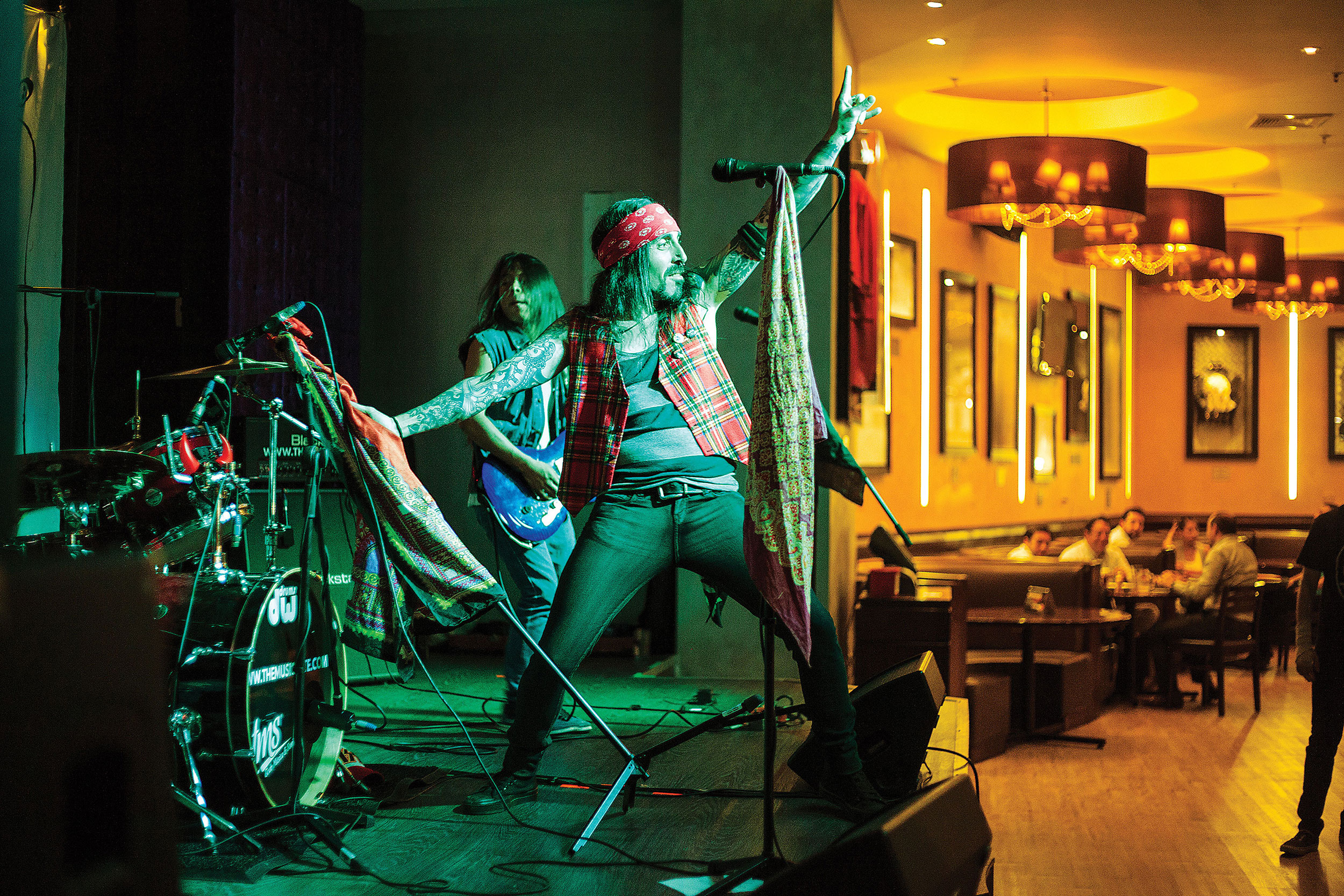 Growing up, Sepultura were like The Beatles to me. Not only they were the first metal band from Brazil to achieve international stardom, but they also lived in my hometown, so there were a chance you might bump into the guys anytime. Their first two records, admittedly, sound a bit crap, but they paved the way for their career. From their third album on, they were the greatest band to ever walk the earth (at least in my opinion).

My friends and I used to joke about how shitty sounding those first two records were. But, when I get to Medellín, I find out that people actually love those two albums to the point that they don’t care that much about anything released afterwards. There’s even a local tribute band which play only songs from that era. Now I understand why they love it so much. This is no-frills, raw music and it really hits home if you’re from Medellín, a no-frills, raw city that had its fair share of violence and terrorism. 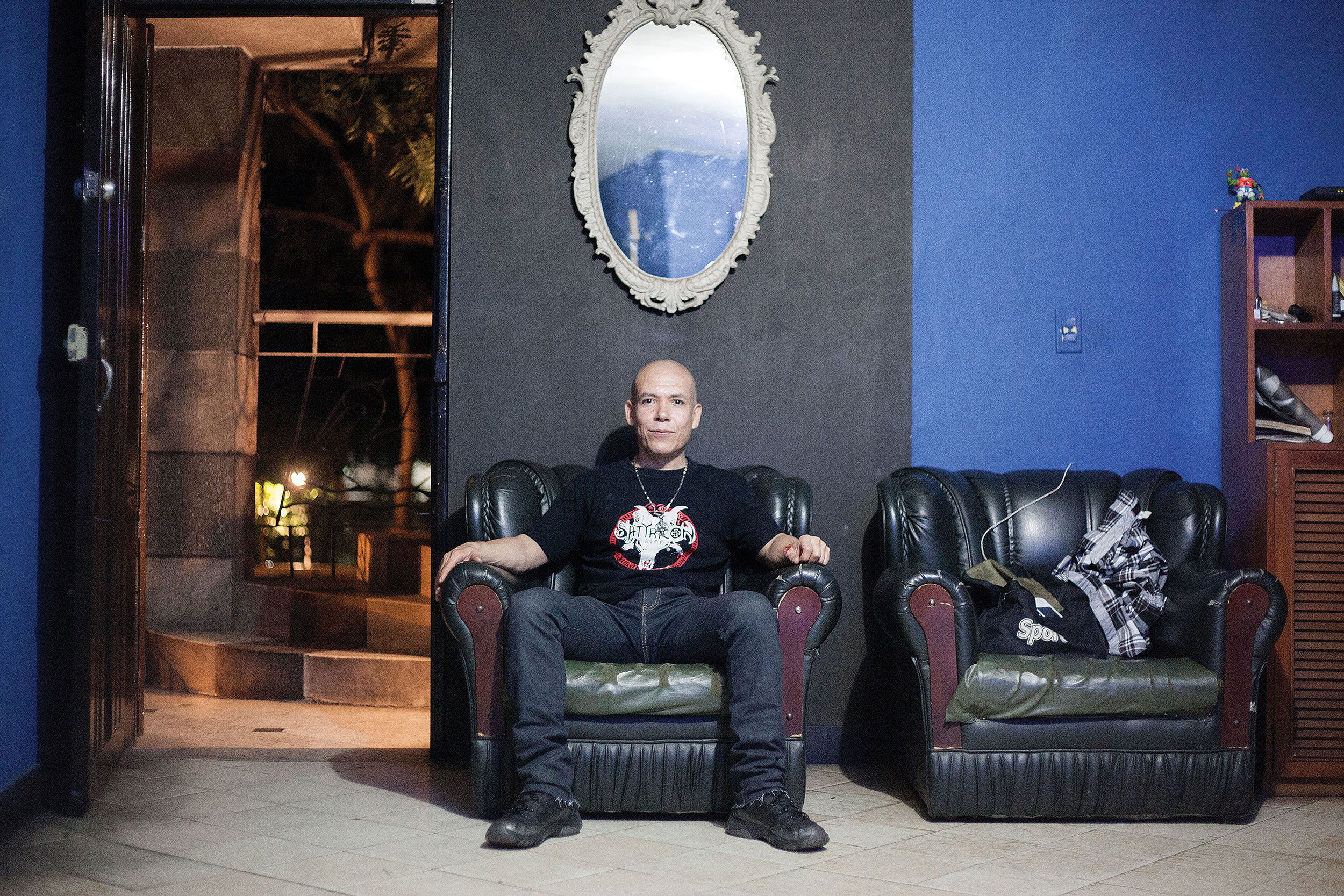 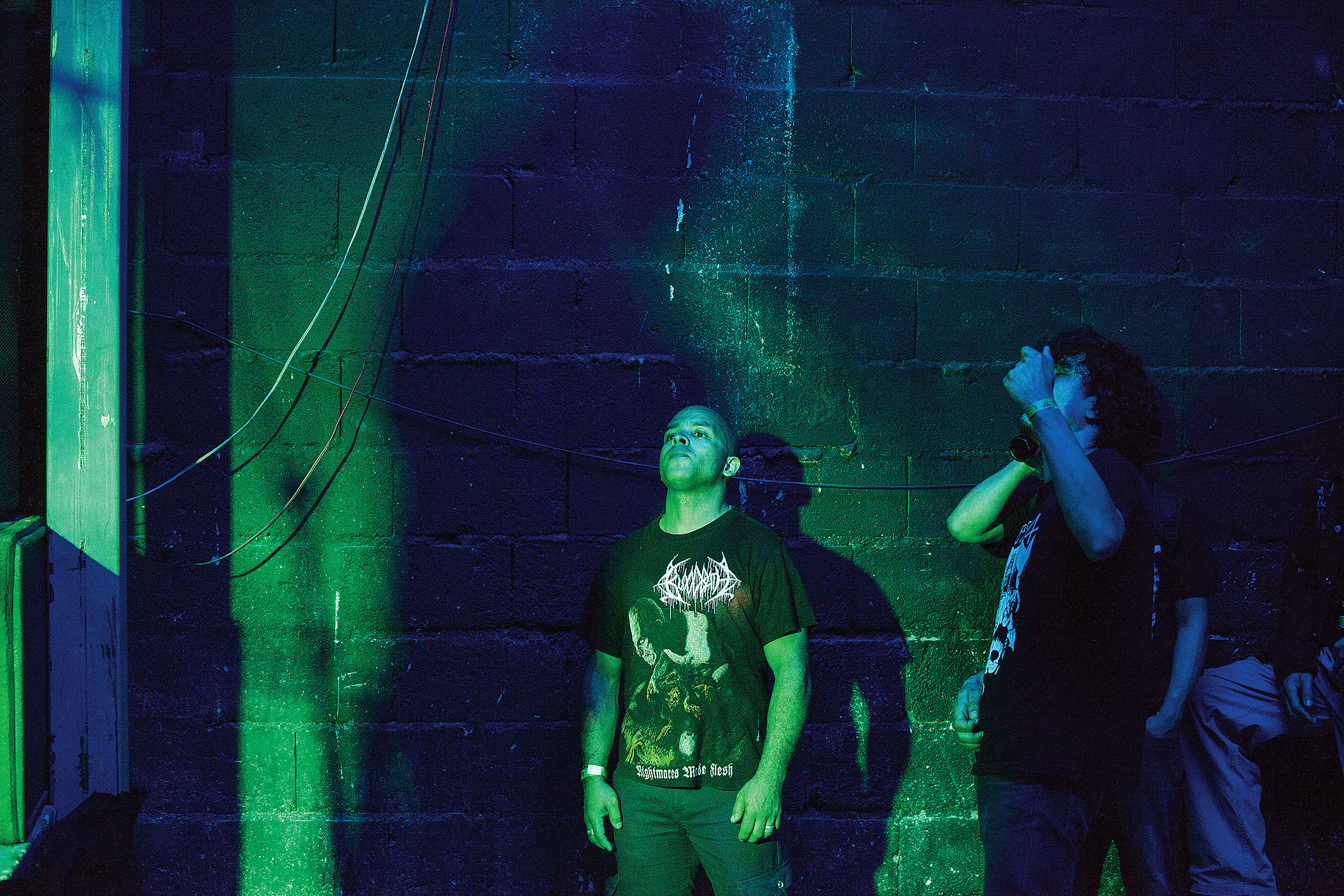 I feel compelled to do my own digging, so I come up with a photo project to try and find out more about the people and music that makes this scene so special. Ultimately, I’m trying to figure out the history of the city I now live in through its underground music scene.

My uncle is a photographer and, growing up, I always thought he was a pretty cool guy. He rode bikes, had long hair, and used to hang out with bands and shoot their concerts back in Brazil. He used to work at this big newspaper in São Paulo called Estadão and on one Sunday afternoon, he took me and my brother to check out the newsroom. I guess that was 1993, so I was thirteen at the time. 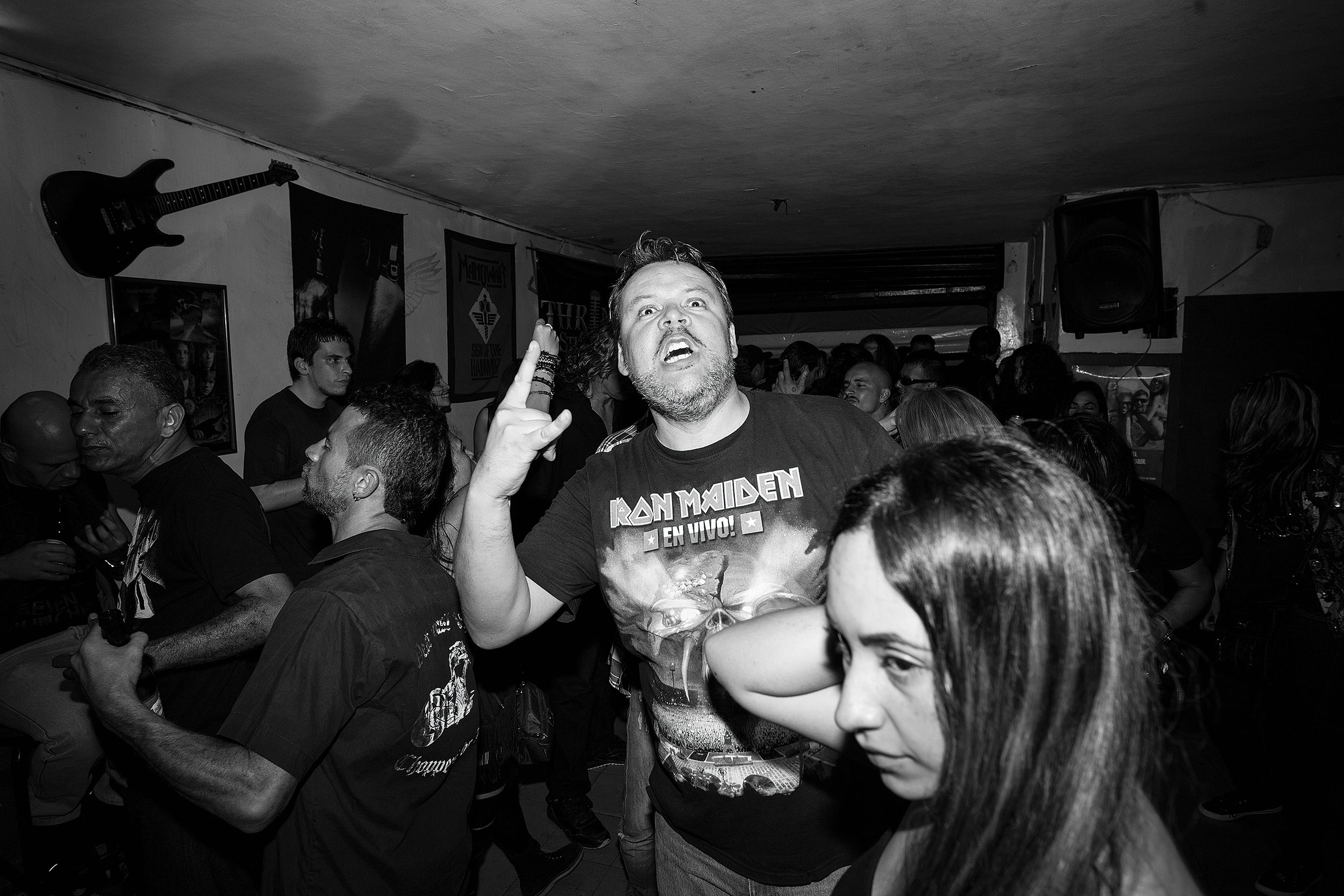 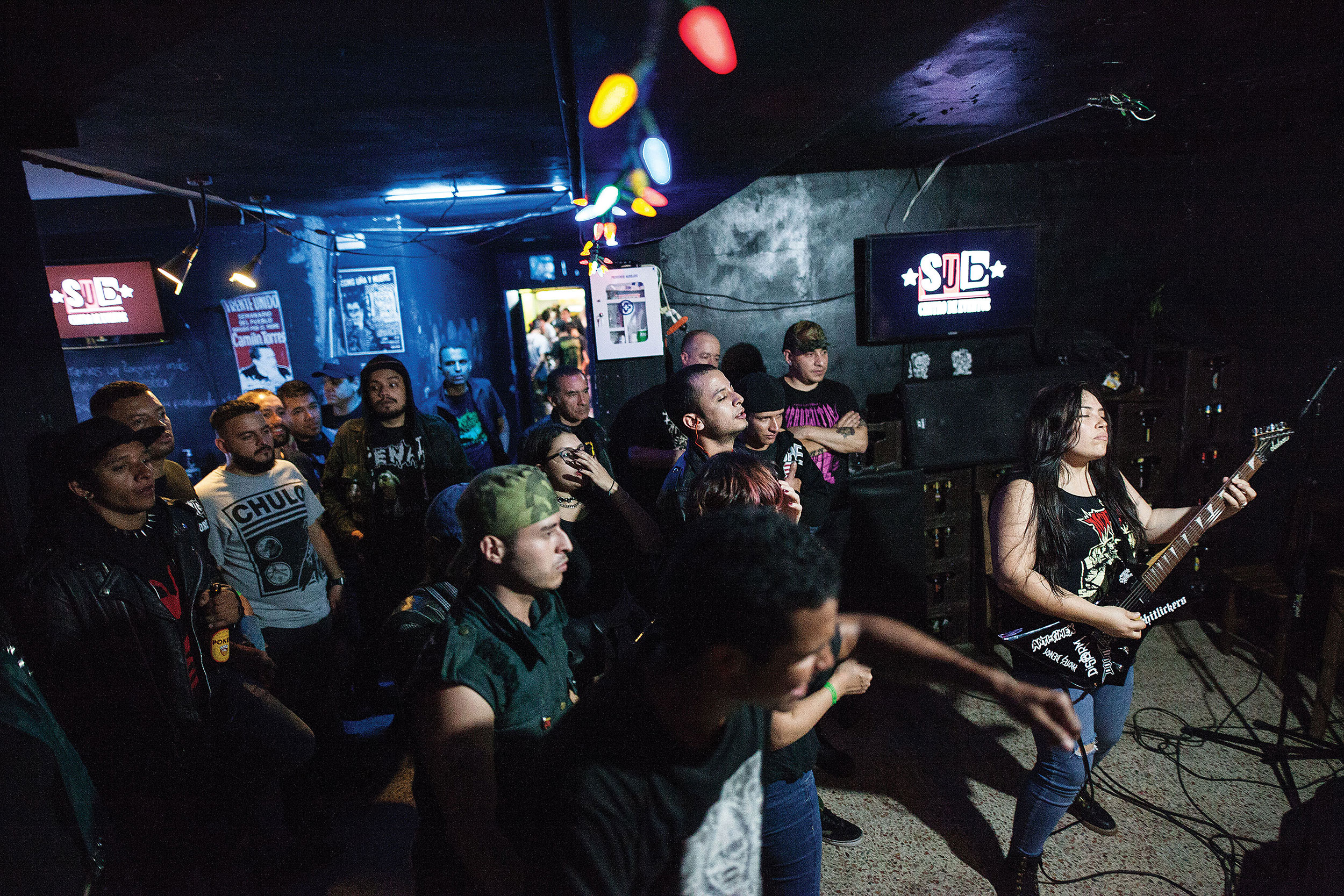 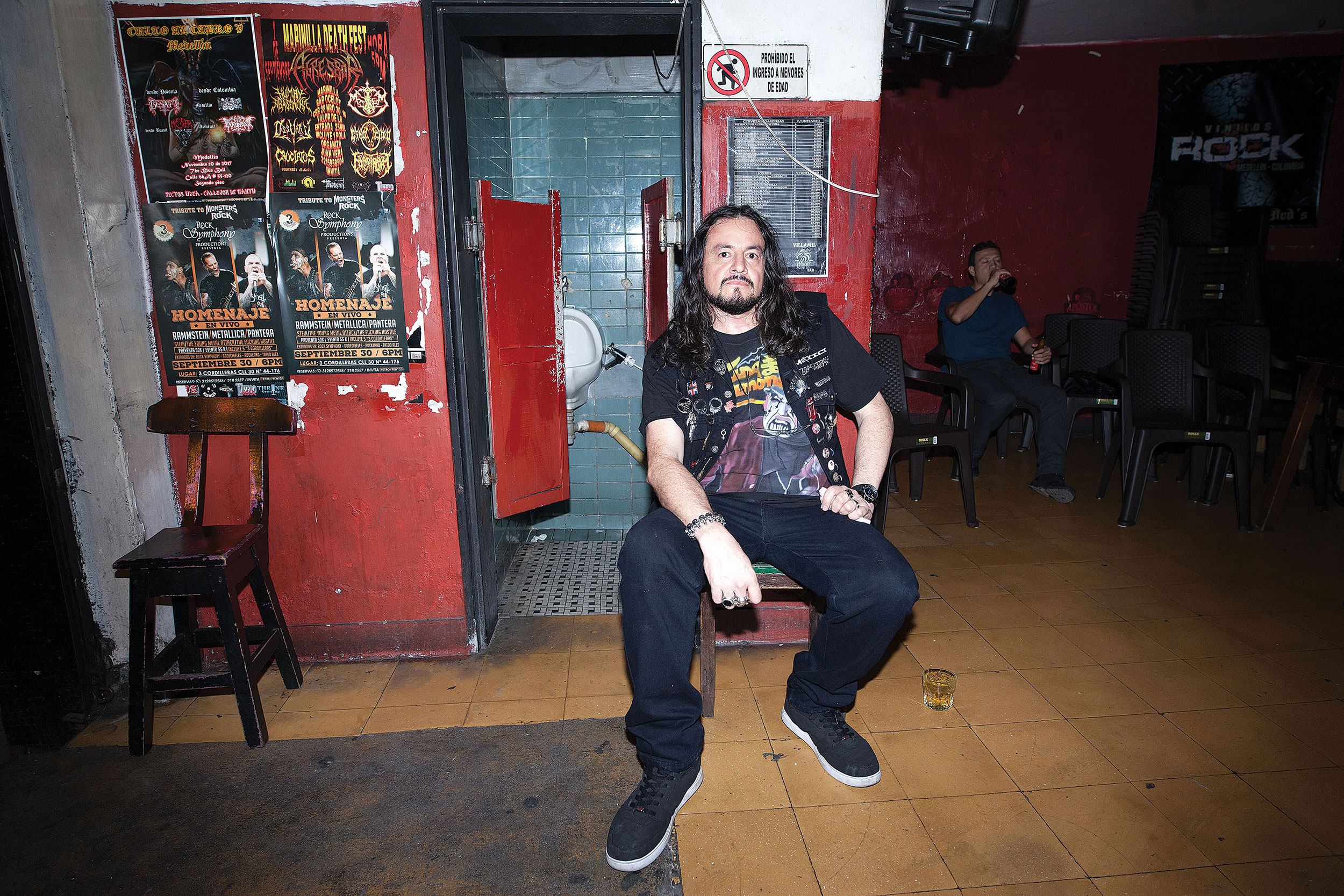 There were very few people working on that weekend shift, so the place was sparsely filled. Just a few bored journalists and graphic designers were knocking about. One guy explained to us how the photographers sent their images to the editing room (each one of them had a courier on call), and I remember clearly that MacOS interface with Chicago font. The screens had a yellowish tone to emulate the colour of the paper.

From that moment on I knew that graphic design and photography would be my calling, and from the moment I began exploring Medellín’s metal community I knew it was a place I’d, at least for now, call home.

Check out more of Daniel’s work on his website.

Linkedin
RELATED ARTICLES
OTHER ARTICLES
With skyrocketing rents, packed out viewings, bidding wars and more, renting in London has never been harder.
A group of young Palestinians have found temporary freedom in the act of parkour, reimagining wreckage and ruins as a series of high-octane playgrounds.
Birdy Chu reflects on documenting the historic moment in which the territory was formally passed back from the UK to China.
Photographer David Corio’s archive offers a glimpse inside a revolutionary era of music and nightlife.
A 37-year-old woman shares how her abortion led her to become a clinic worker, and the abuse she’s received in that role.
As the Scottish government announces a rent freeze, an activist with Living Rent who fought and won shares how they did it, and what must come next.