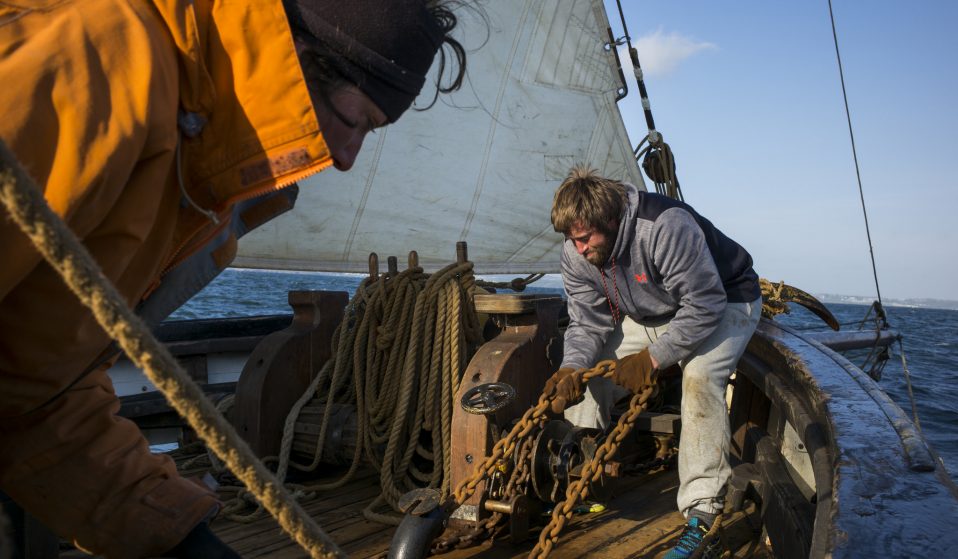 When I first heard about the concept of transporting cargo by sail power, I couldn’t imagine how it could ever compete with the modern shipping system. However, the more I listened, the more I learned: these old-fashioned, engineless methods could well be the only ethical option for our future.

The big difference between these vessels lies in the pollution they emit. The 15 largest ships in the world pollute as much as all the cars in the world, with many cargo and cruise ships burning cheap heavy fuel oil.

Unfortunately, this shipping system is also responsible for around 90 per cent of the world’s cargo trade. Most conversations about pollution normally revolve around driving or flying, but these vessels that carry our consumer goods – like the food, clothes and electronics we buy every week – are rarely considered. 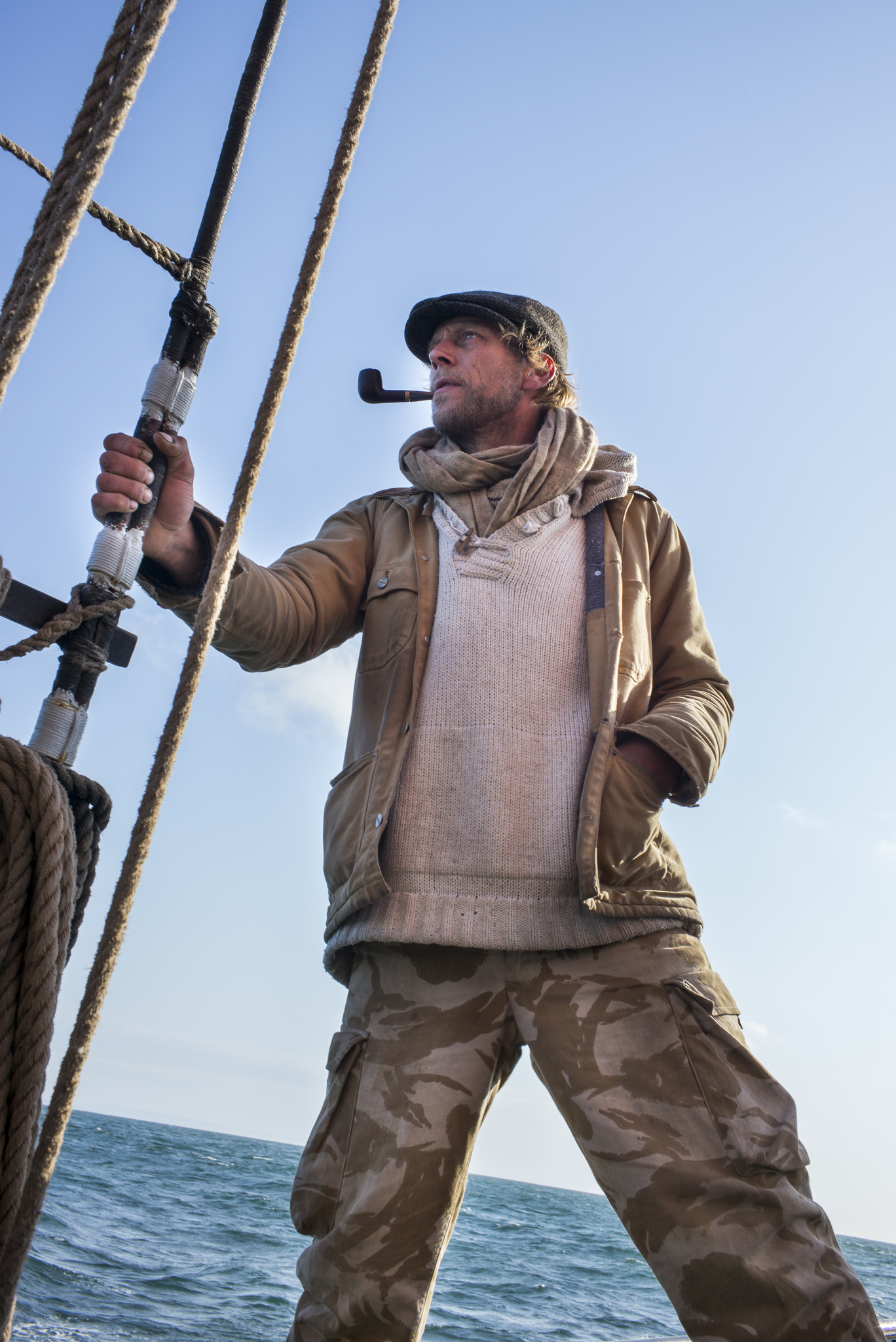 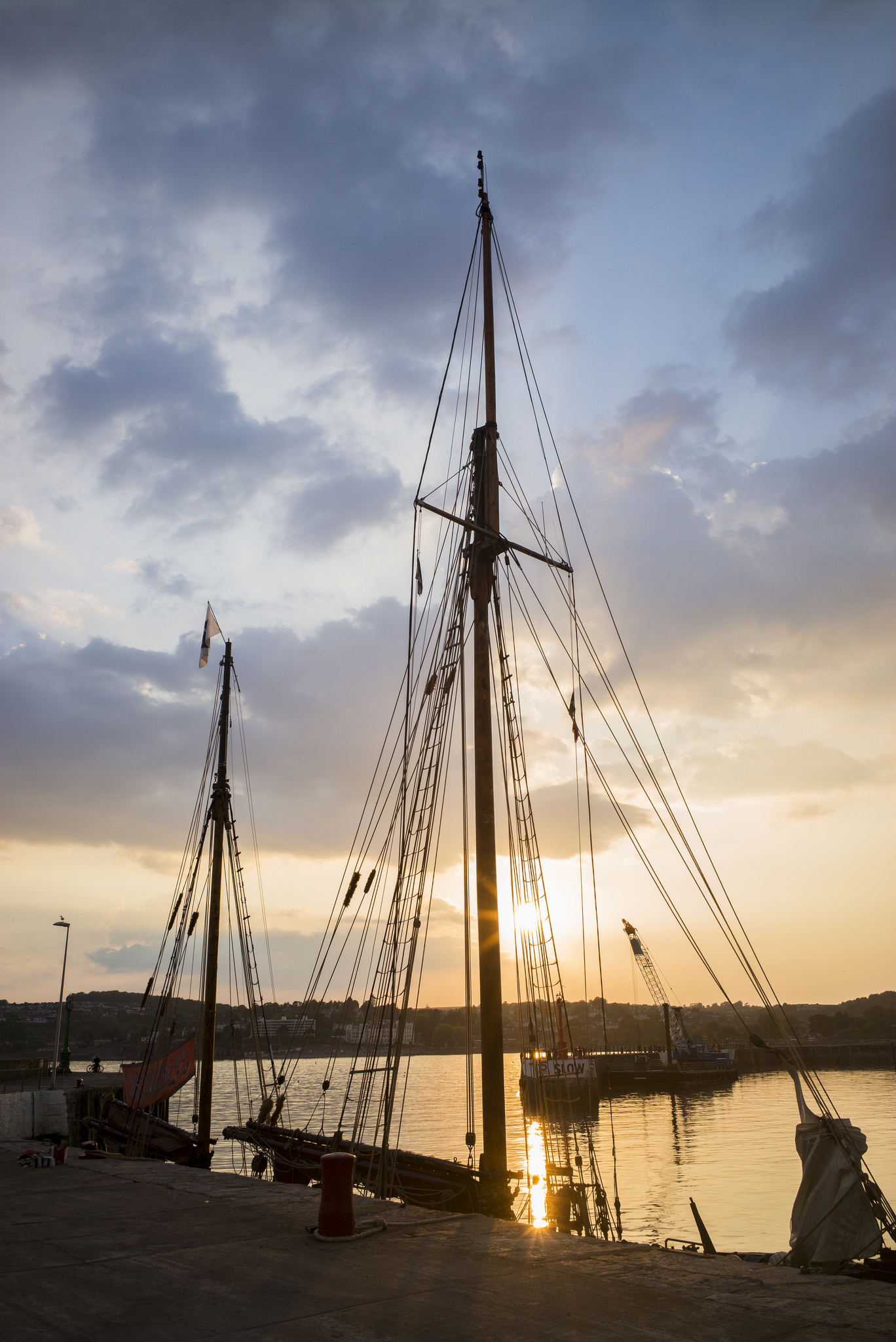 This situation is what prompted three friends in 2007 to create Fairtransport: a zero-emissions cargo company powered by sail only.

The Netherlands-based trio – otherwise known as Arjen Van Der Veen, Andreas Lackner and Jorne Langelaan – purchased the Tres Hombres, a 1943 Brigantine minesweeper, and refitted her to carry 35 tons of cargo. Within two years, they were sailing across the Atlantic Ocean, bringing back rum, coffee and chocolate from Northern Brazil, Grenada, the Dominican Republic and Barbados.

Fairtransport is committed to sailing cargo emission-free, carrying products that are organic, fairly traded or crafted traditionally. They personally meet all of the growers, suppliers and buyers at every step to ensure they can guarantee the products they are delivering. 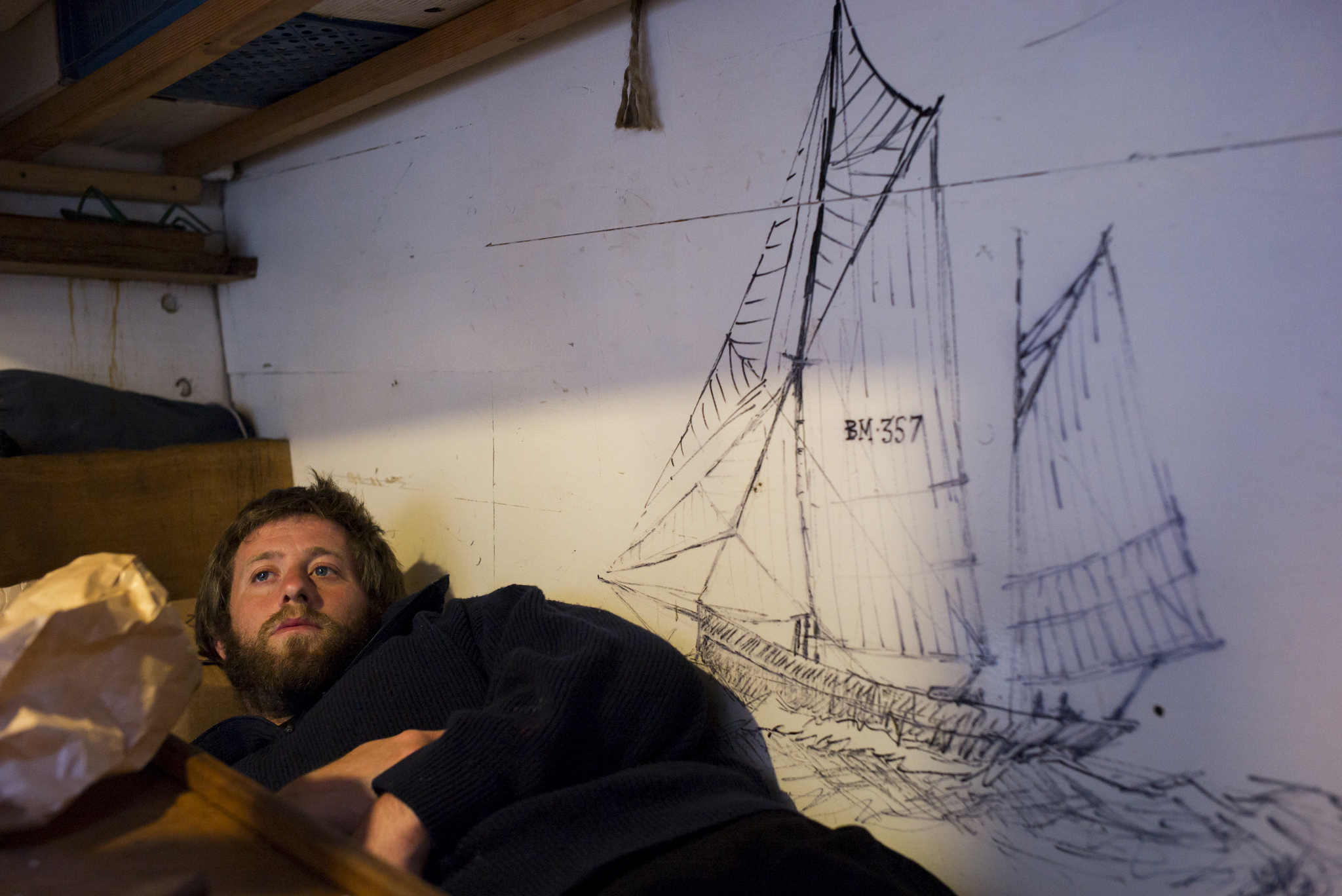 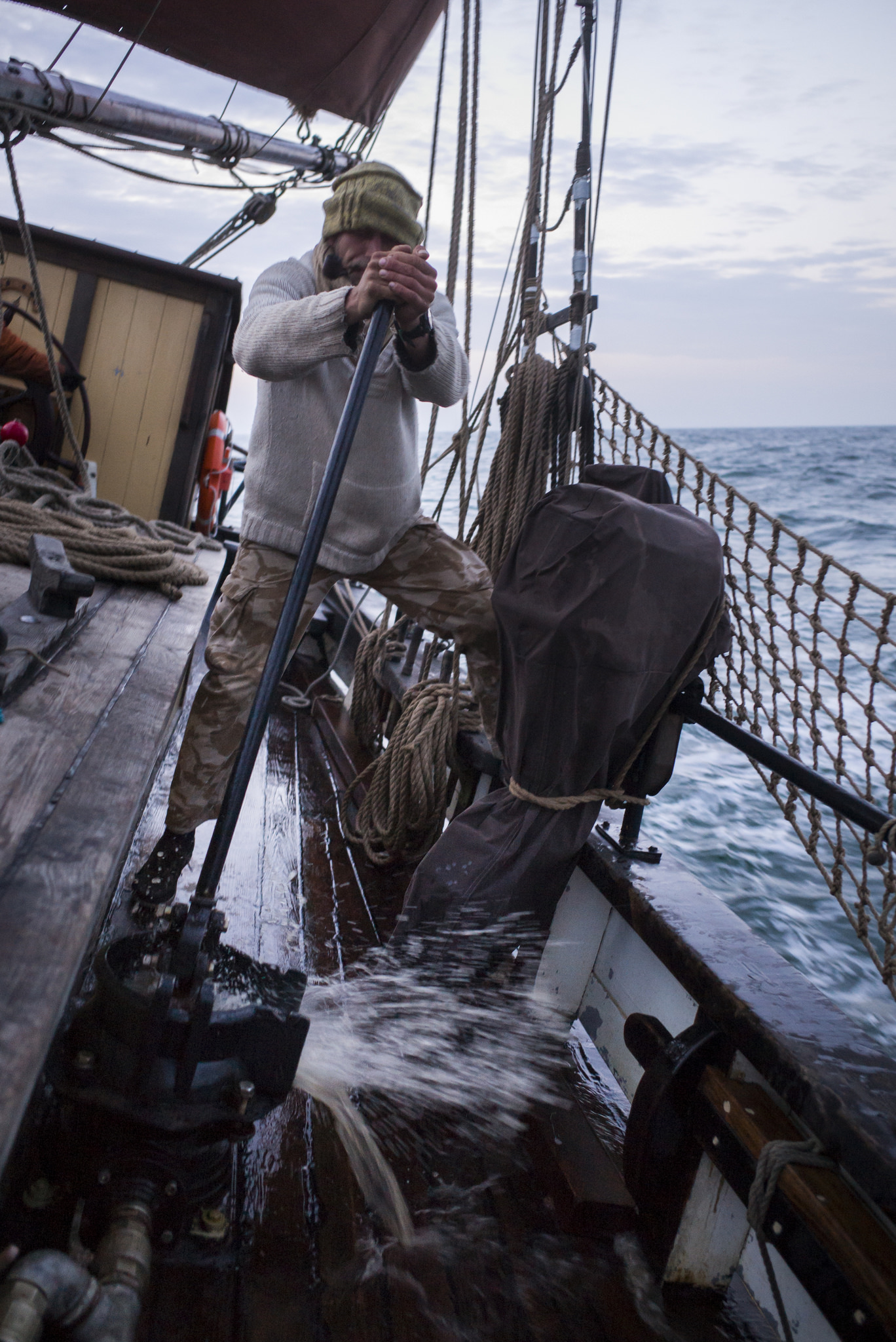 For my latest photography project, I joined the company on their latest ship, an 1873 fishing boat called Nordlys, in Belgium where she was unloading wine and olive oil from Portugal. There were seven other people on board – including the captain, first mate, cook, three deckhands and one passenger – who were all splitting shifts throughout the day and the night.

The conditions are difficult – but the longer we sailed together, the more I understood why these sailors endure them for pay that is below what they could earn on engine-powered cargo ships. The power of the ship when all five of her sails are raised is a phenomenal experience. All of the people on board come from different backgrounds and there’s a wide variety of personalities, but they are all linked by a love of “real” sailing, and a concern for the environment. It takes a flexible, unselfish and pleasant person to be a successful crew member.

Although I initially struggled to understand what a sail-powered cargo company could achieve, I now see that they are part of a growing movement to bring a consciousness about our environmental situation. They are sacrificing a lot to be part of something special, and living their lives in a way to try and reduce their impact on the planet. 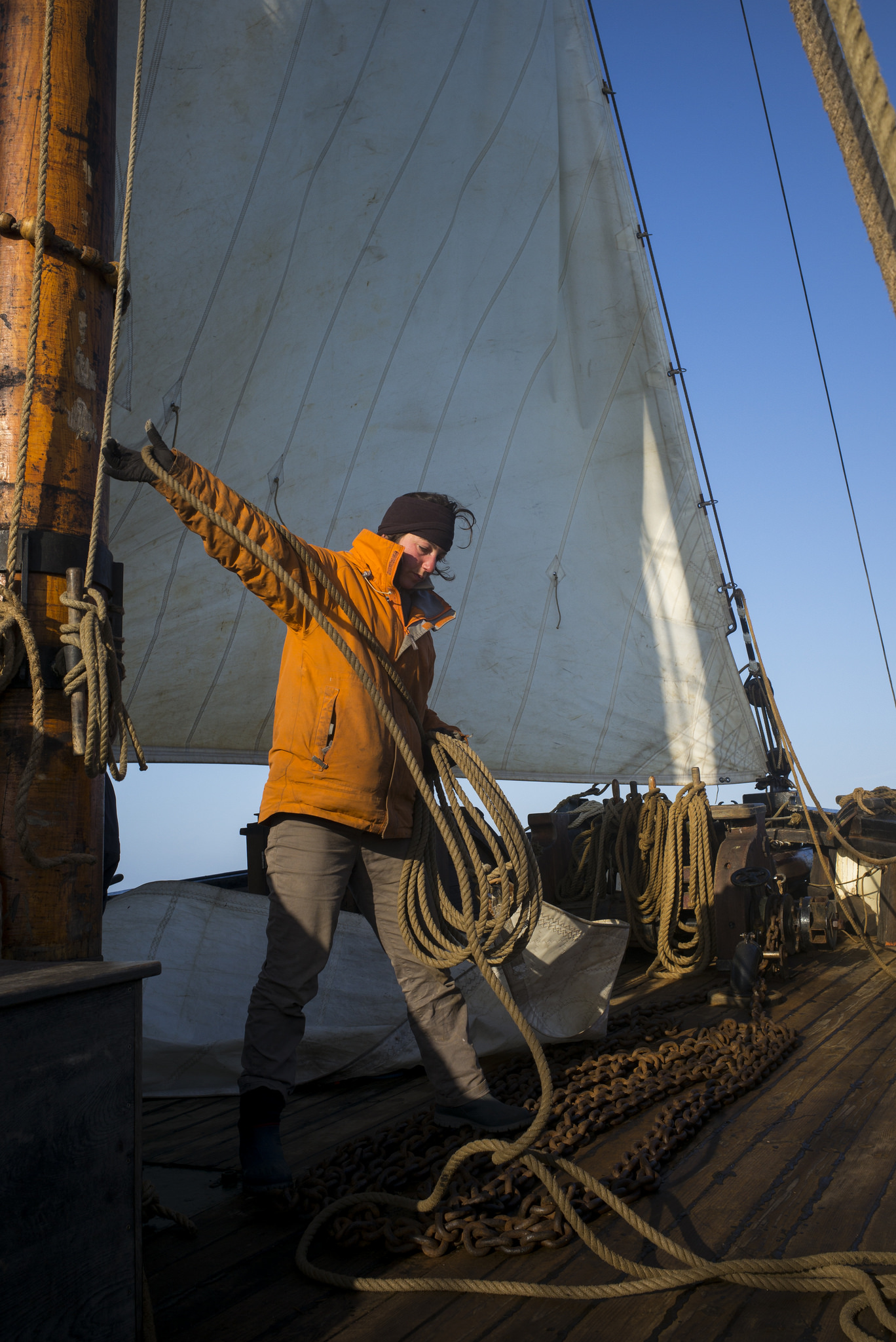 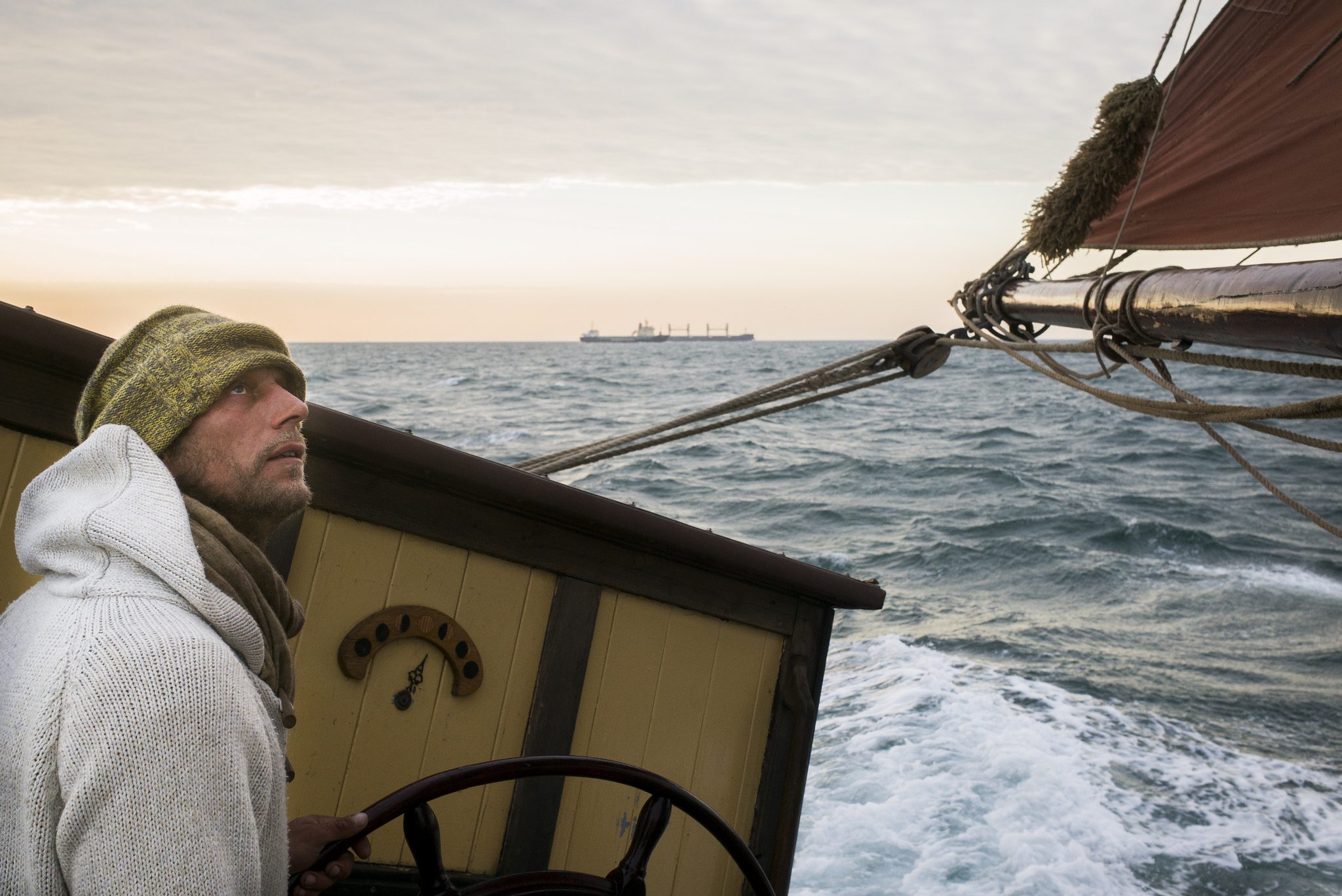 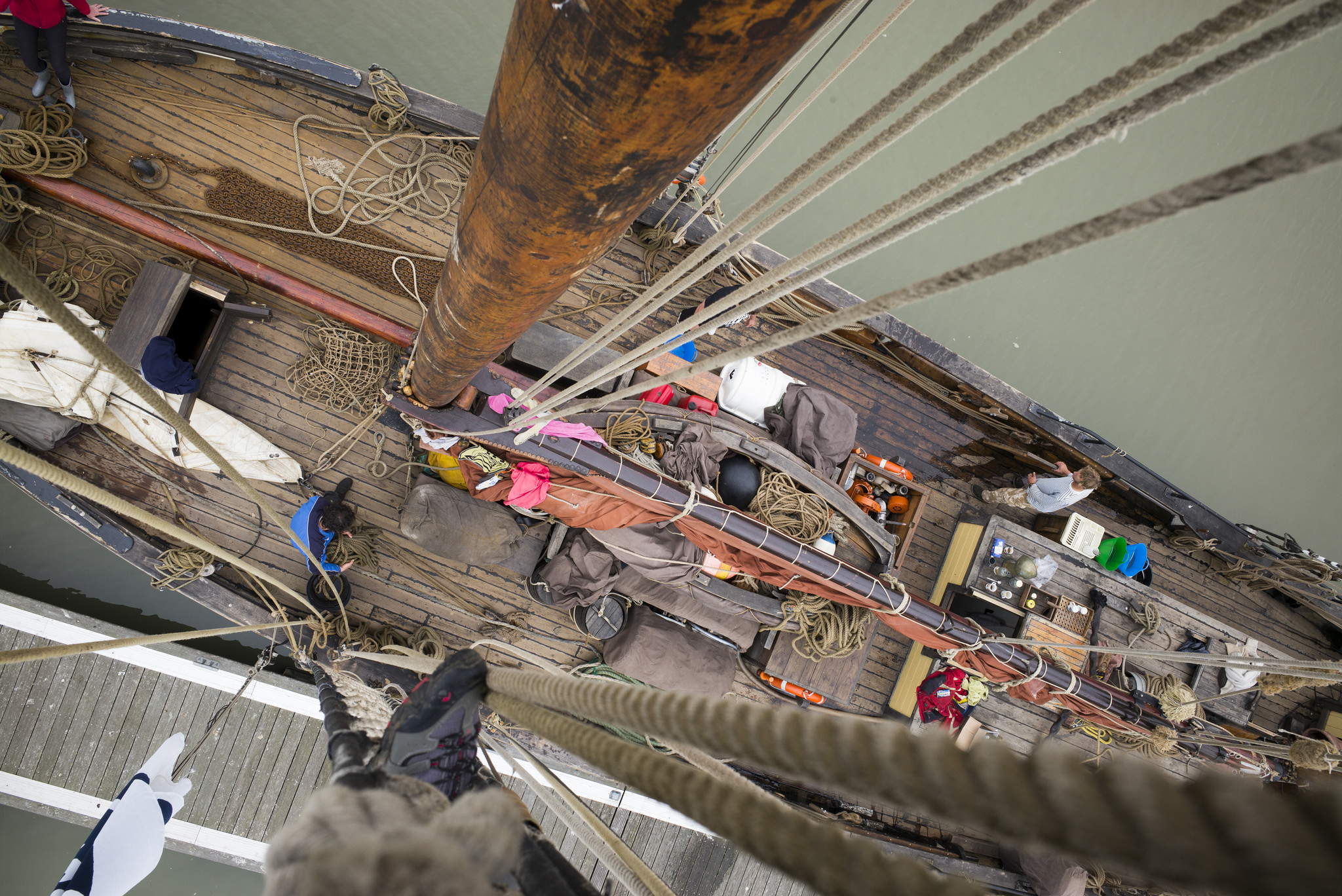 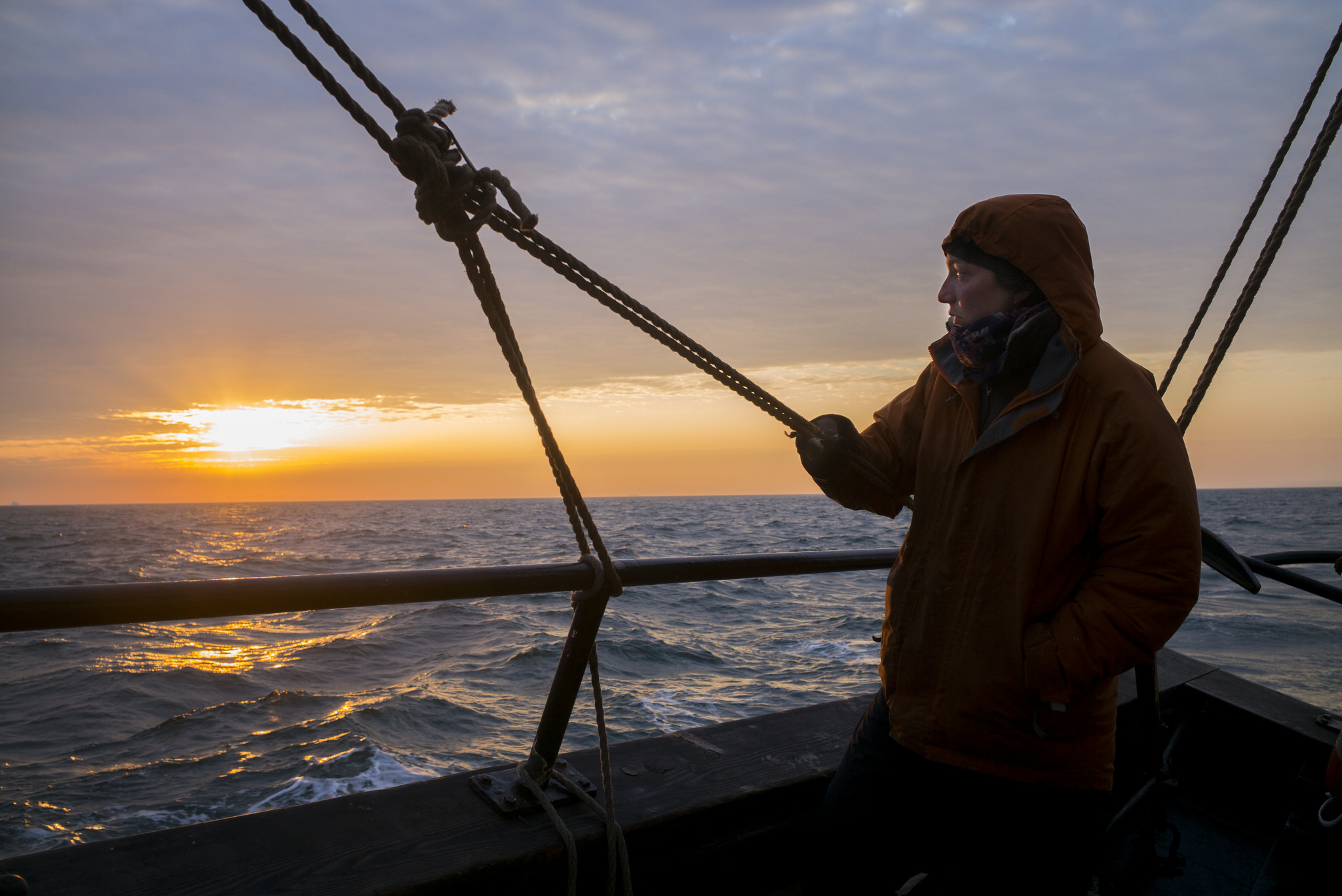 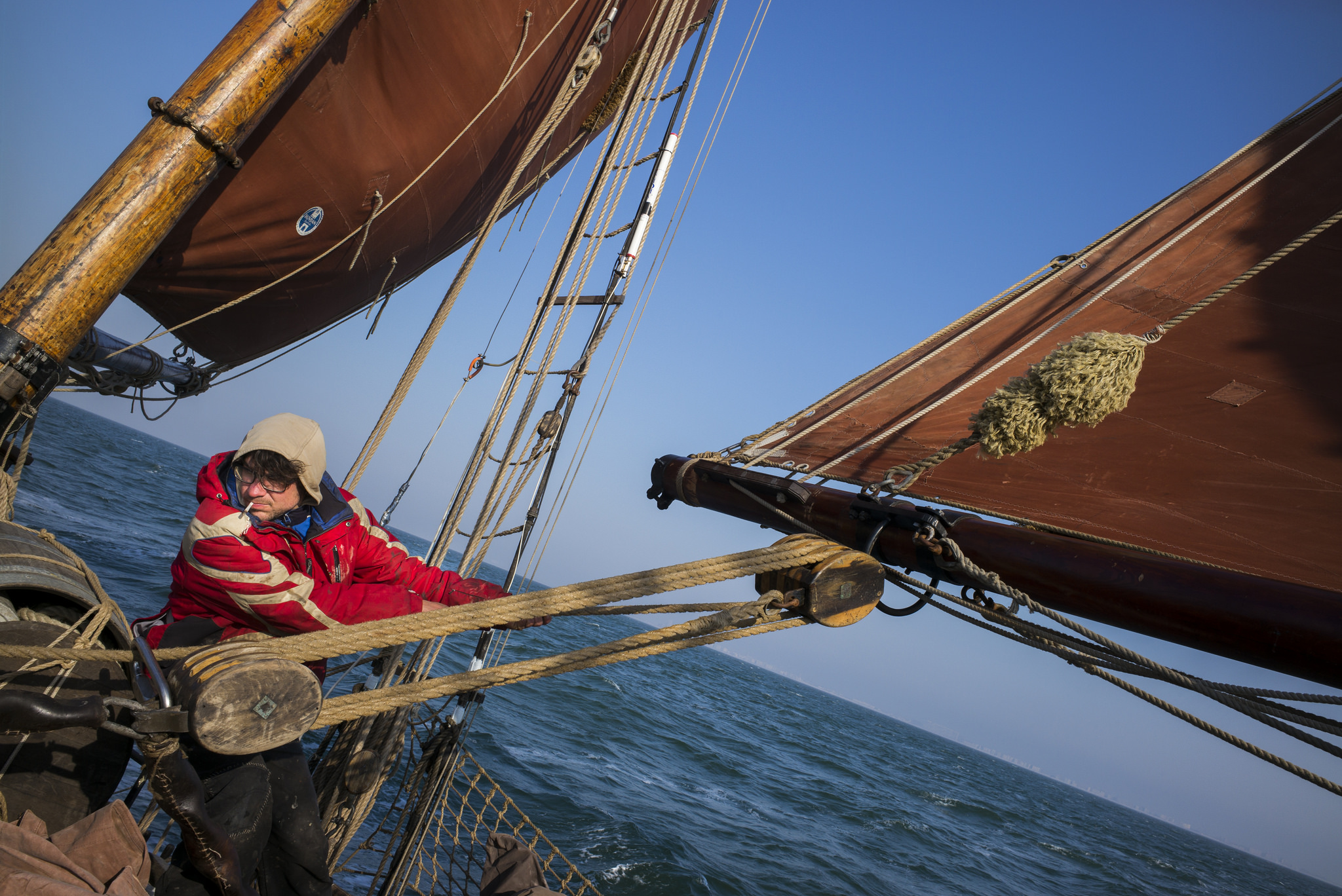 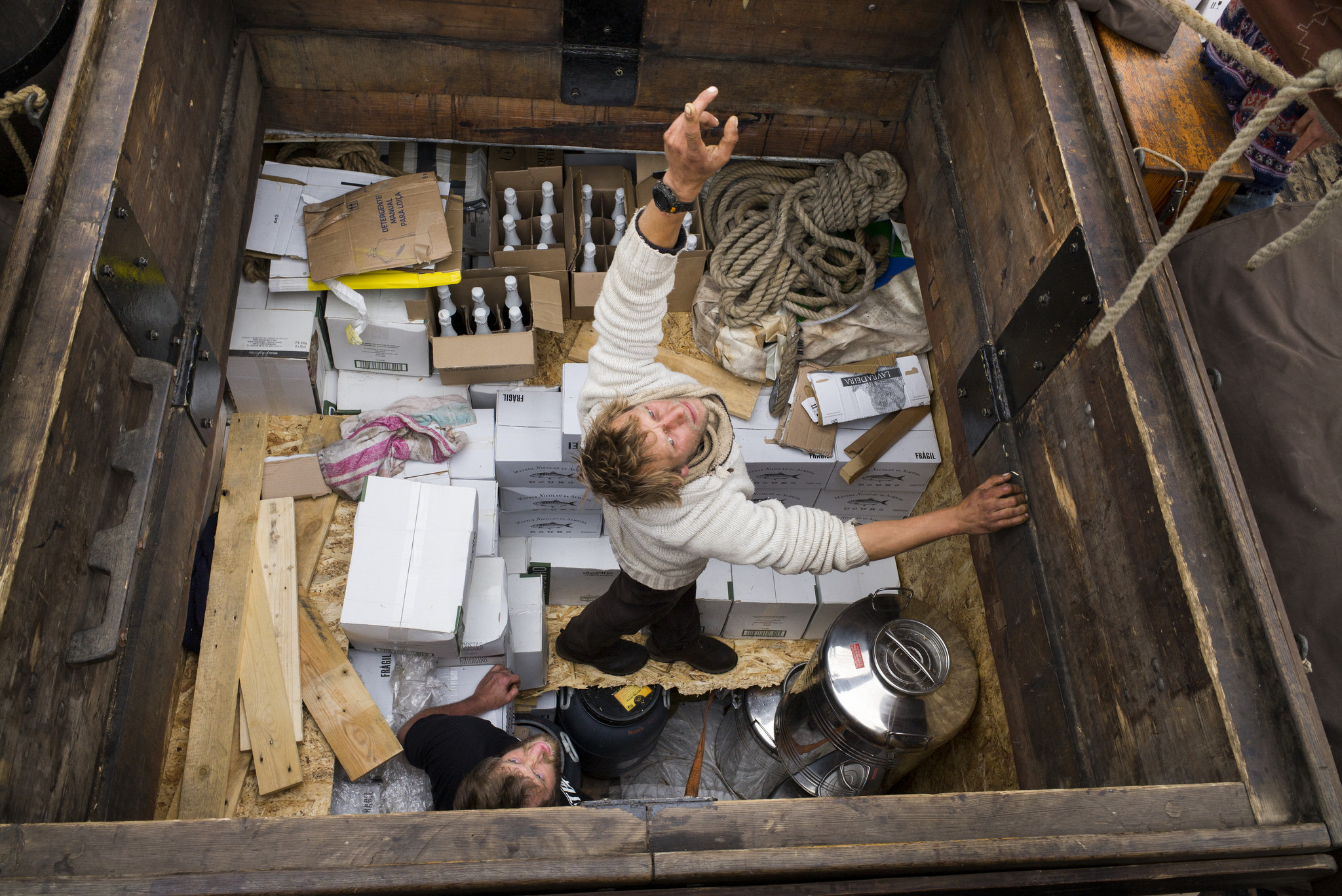 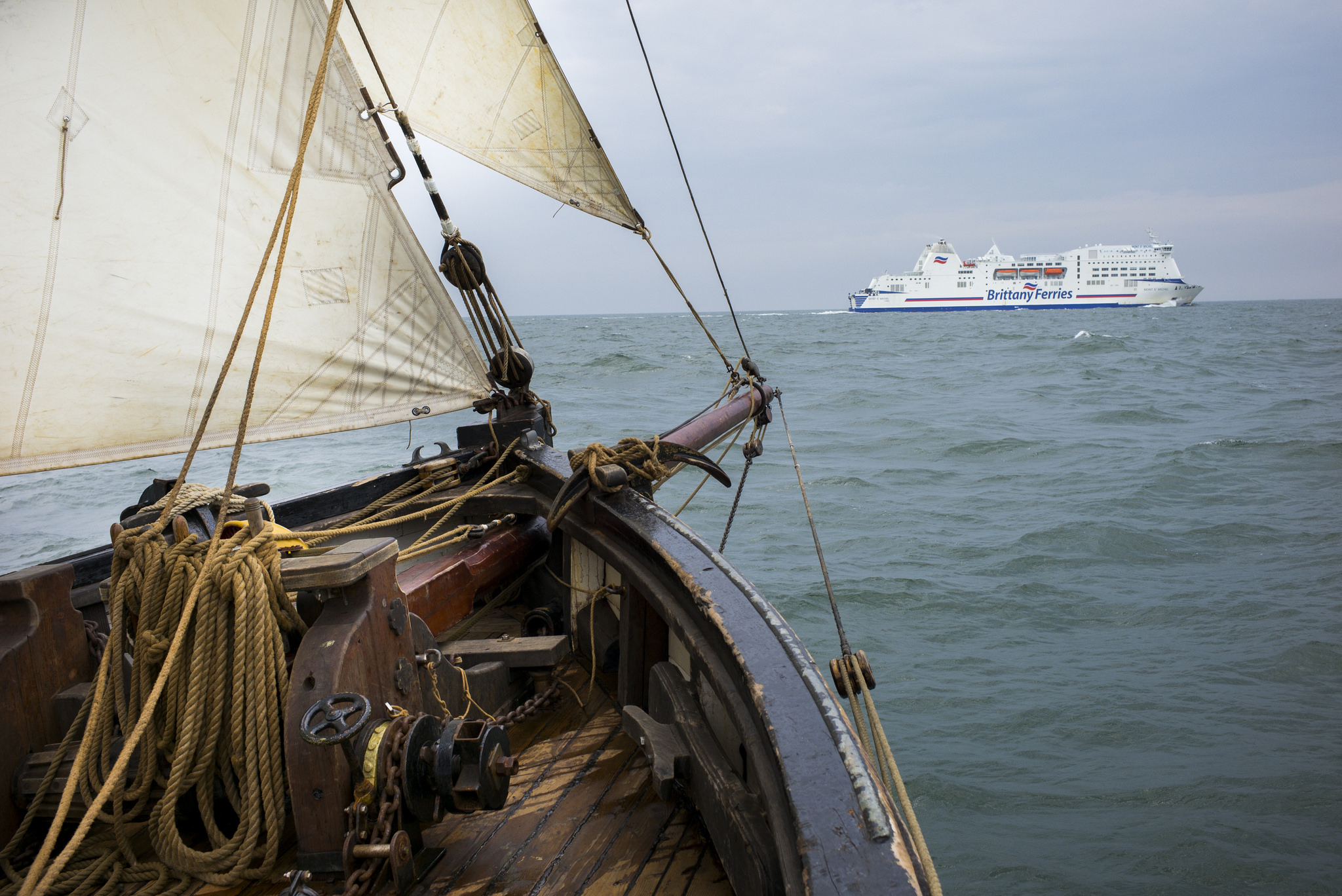 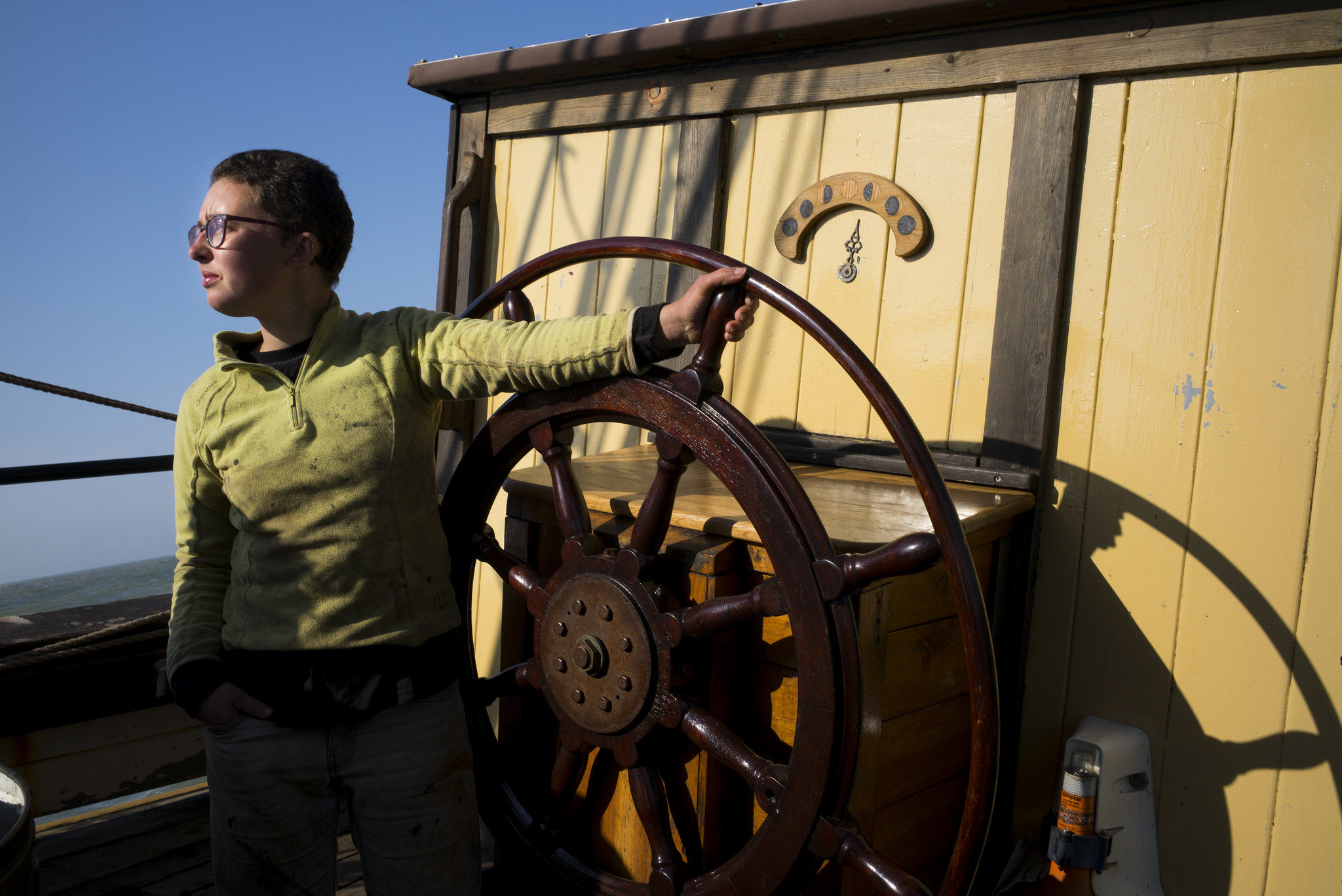 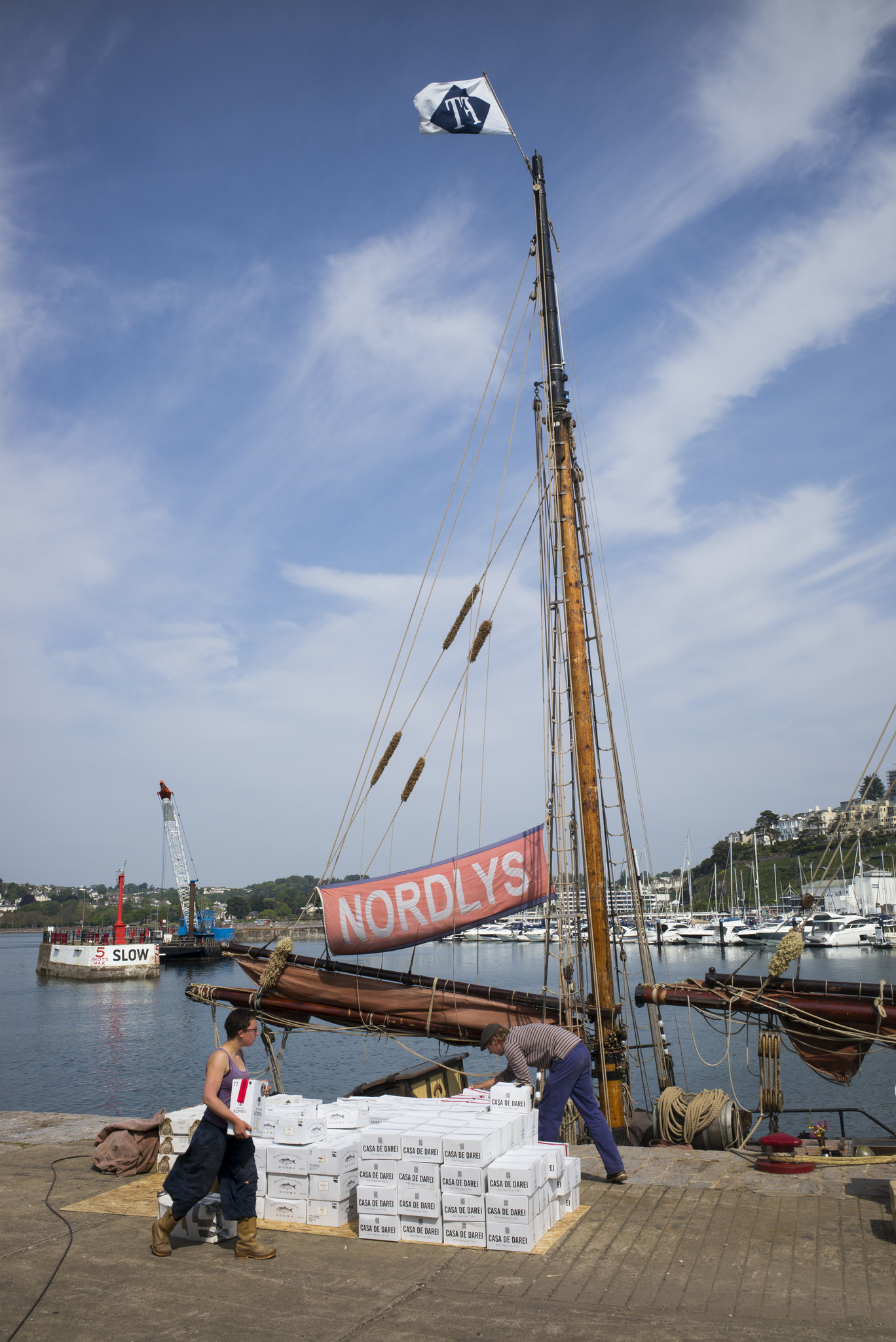 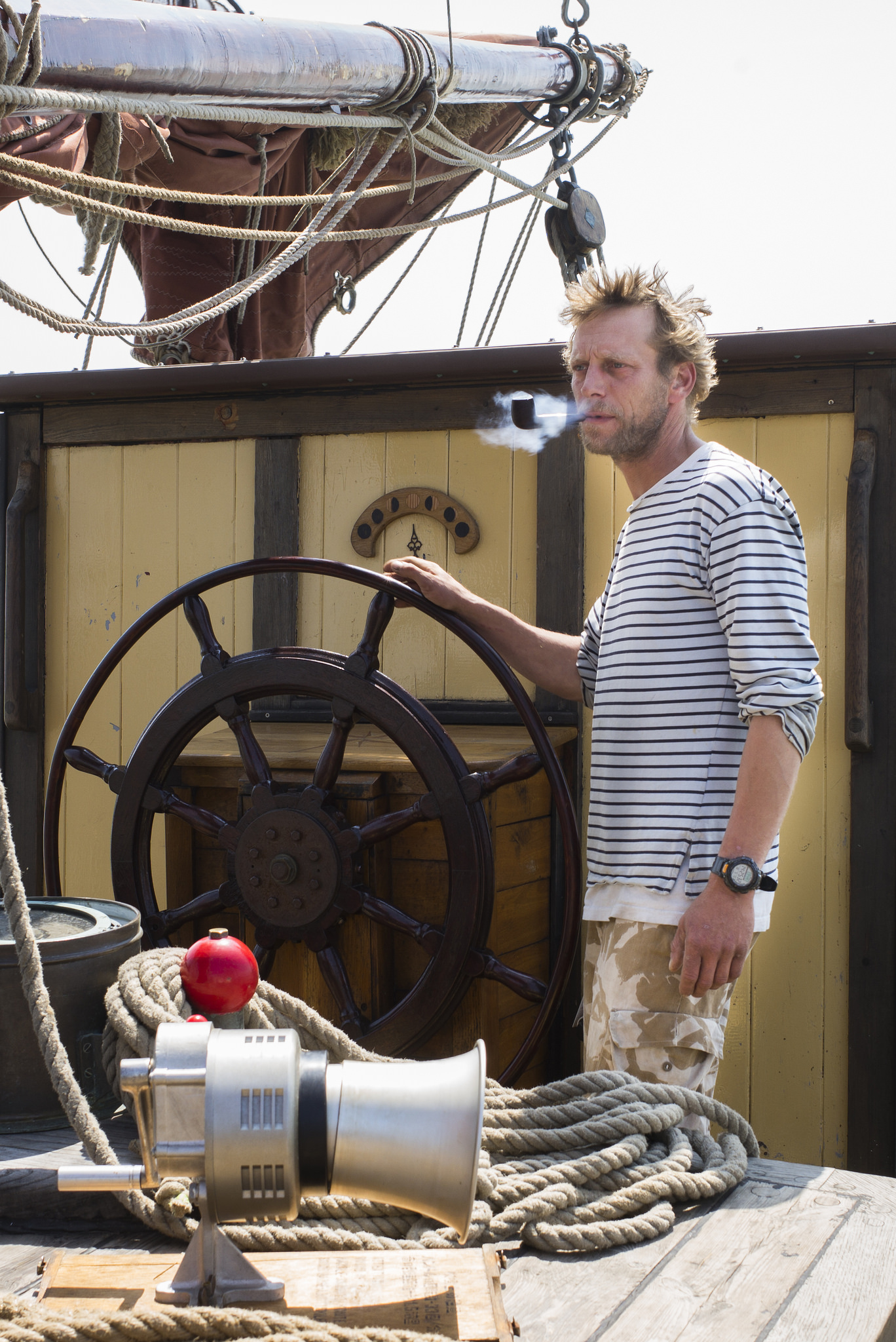 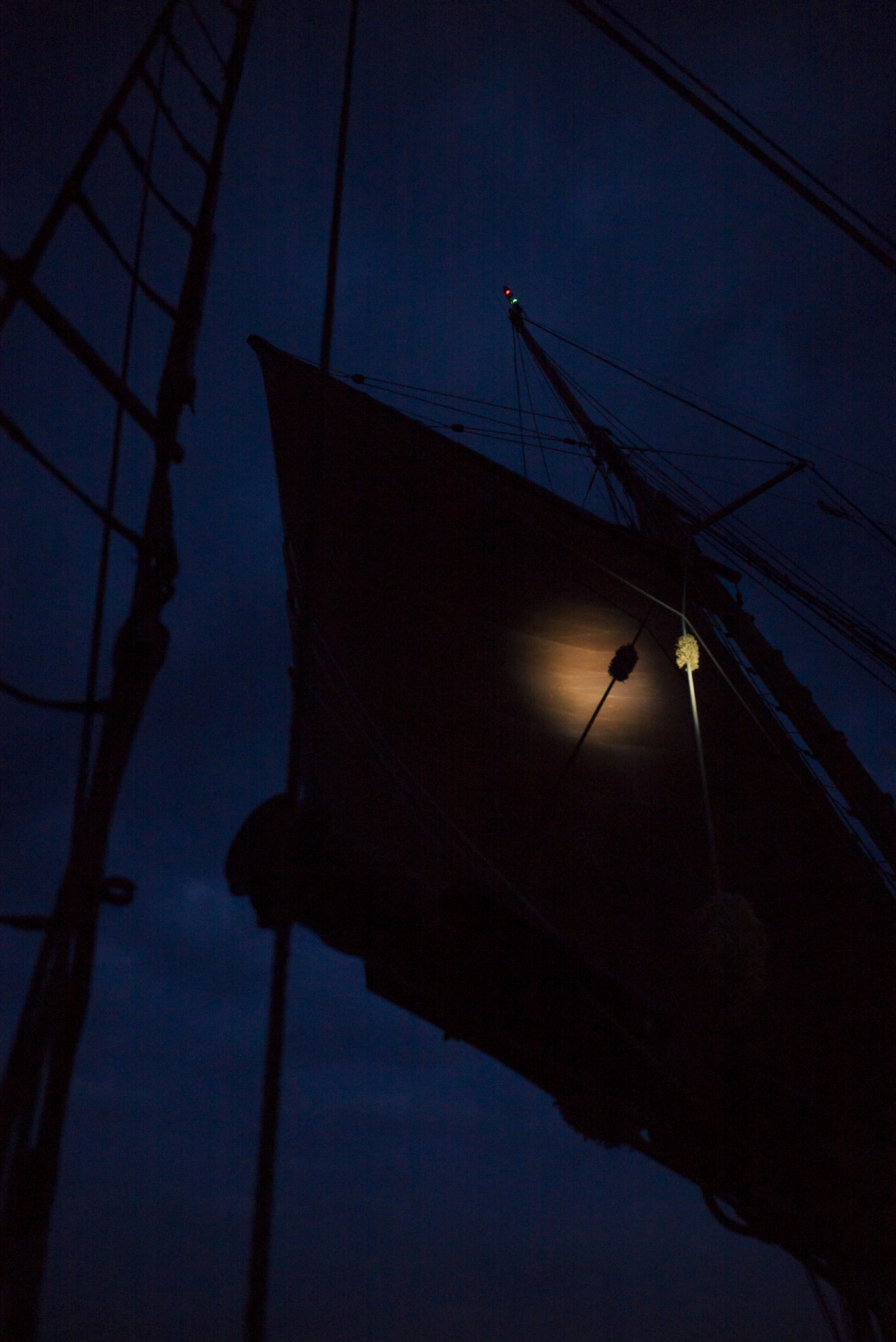 See more of Barry MacDonald’s work on his official website.

Linkedin
RELATED ARTICLES
OTHER ARTICLES
In her new book, the author explores the country’s housing crisis in human terms and calls for radical action to address a broken system.
Photographer Matthew Brookes recalls following a group of young people in Venice Beach living in search of the perfect wave.
In the wake of the decision by the supreme court to overturn Roe v Wade, thousands of protestors filled the streets to express their rage and anguish.
With inflation now at a 40-year-high of 9 per cent, demonstrations organised by TUC took place to demand action from the government.
Whether it's partygate, the climate crisis or the spiralling cost of living, the fightback begins on the picket lines writes Tommy Vickerstaff
Freddie Miller’s new series of photographs investigates who today’s trainspotters are and what drives their unfettered enthusiasm.