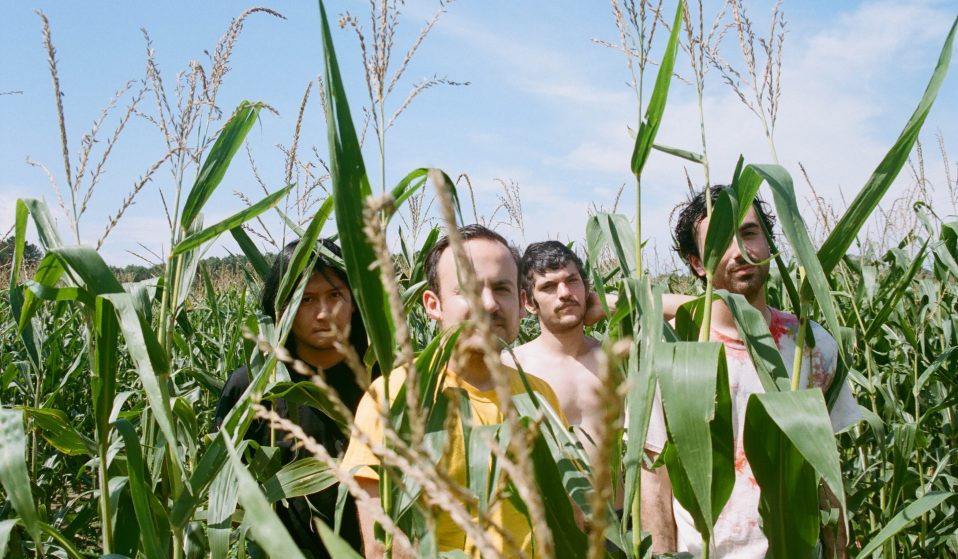 With no air conditioning in our eight-passenger van, we rolled our windows permanently down, blasted Ty Segall, and let our bodies melt into the scratchy fabric of the seats as we drove out of Brooklyn. Rock band Native Sun and I were on our way to tour the Midwest, soaking up the end of summer.

Our first show was only two hours outside our New York City bubble in Seaside Heights, New Jersey. With MTV’s Jersey Shore our only pre-existing impression of the beach town, we walked along the boardwalk, past quintessential American ice cream shops and fairground rides. After, we dipped our feet into the ocean and pretended we were in Hawaii. As we cleaned the sand off and walked back to the venue in which Native Sun were playing that evening, t-shirts, poking out from souvenir shops read, “Back To Back World War Champs, Trump 2020.”

Sitting outside the venue before soundcheck, Alexis, Native Sun’s drummer, made friends with an older local couple. The conversation ended with the couple noting, “You’re not from around here, are you?” From there, we made it a contest to see who would be asked that the most throughout the tour. Native Sun prides themselves on their majority Latin background. Hailing from Mexico, Colombia, California, and Florida. For the four-piece, it was their first tour – and the first time road tripping – across the American Midwest.

Later into tour, having played Cleveland the day before, we drove into the hot midnight flat land of Fort Wayne, Indiana, where we found sanctuary at a Red Roof Inn. With a strip club to our left, a 24-hour diner to our right, and a McDonald’s across the way, we spent two nights in trucker’s paradise. The next morning in the blistering sun, we grabbed breakfast at McDonald’s. We hopped over needles in the grass to get there. The town was desolate in broad daylight, yet packed that nights show to the brim. 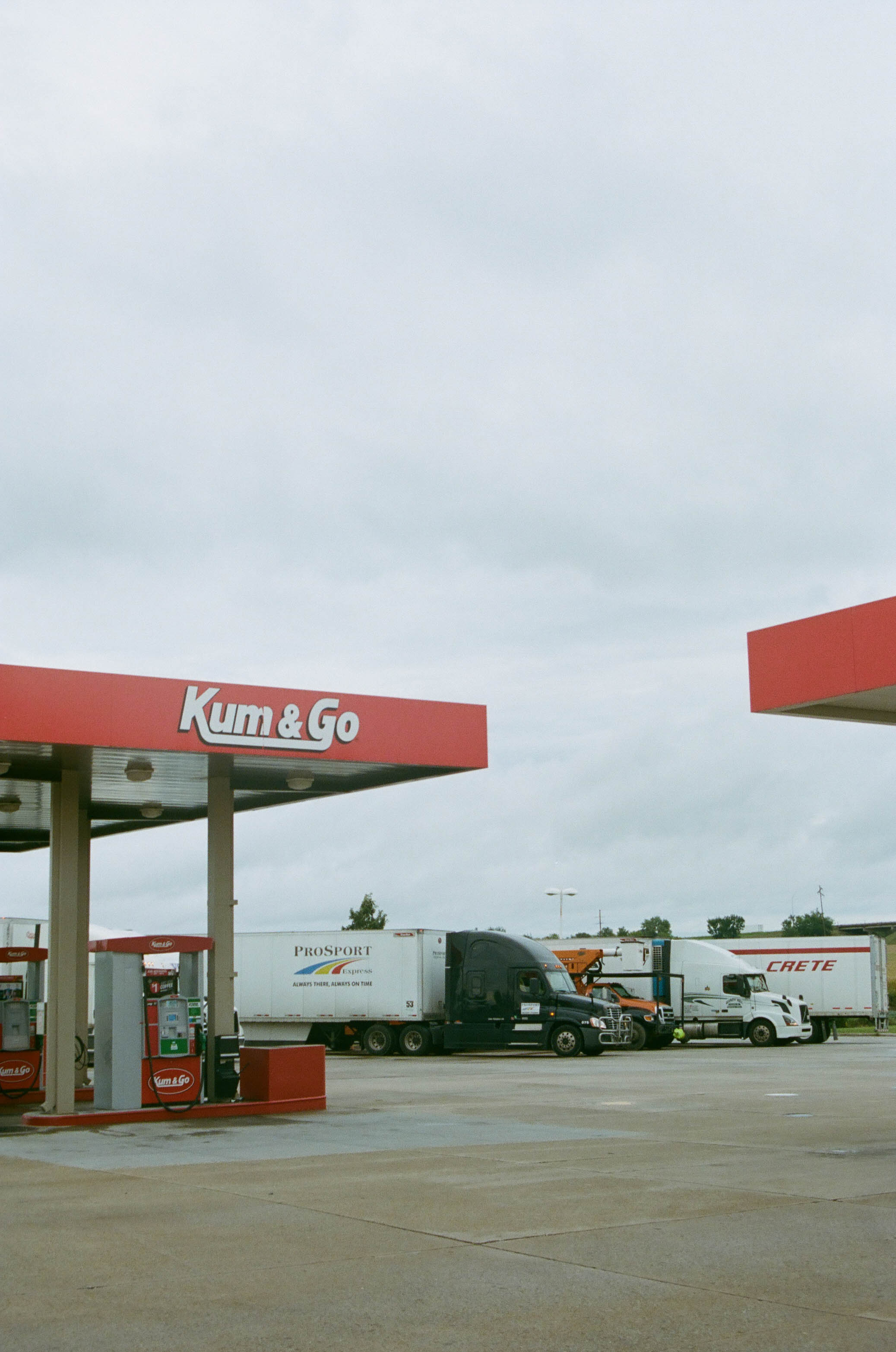 With a few days off before our next show in Chicago, we headed north to Detroit, Michigan, driving past cornfields, factory stacks, and signs for Flint and Canada. The juxtaposition was eerie: a country with different principles and history stood to one side, while a city still plagued with unsanitary water conditions and no help from their own, stood to another. Later that night in Detroit, our bartender served us beers with a gun tucked into the side of his pants.

Miles of open fields decorated Iowa. Trees and cows interrupted here and there, but the only evidence of human life was the two-lane highway we drove along. It was simple, quite unlike New York. We stopped at gas stations with casinos and camo, and found a communist sticker in the bathroom of one. Nobody cared about who we were, or why we were there. And that’s what a lot of tour was like. There was point A and point B, and America in the middle. 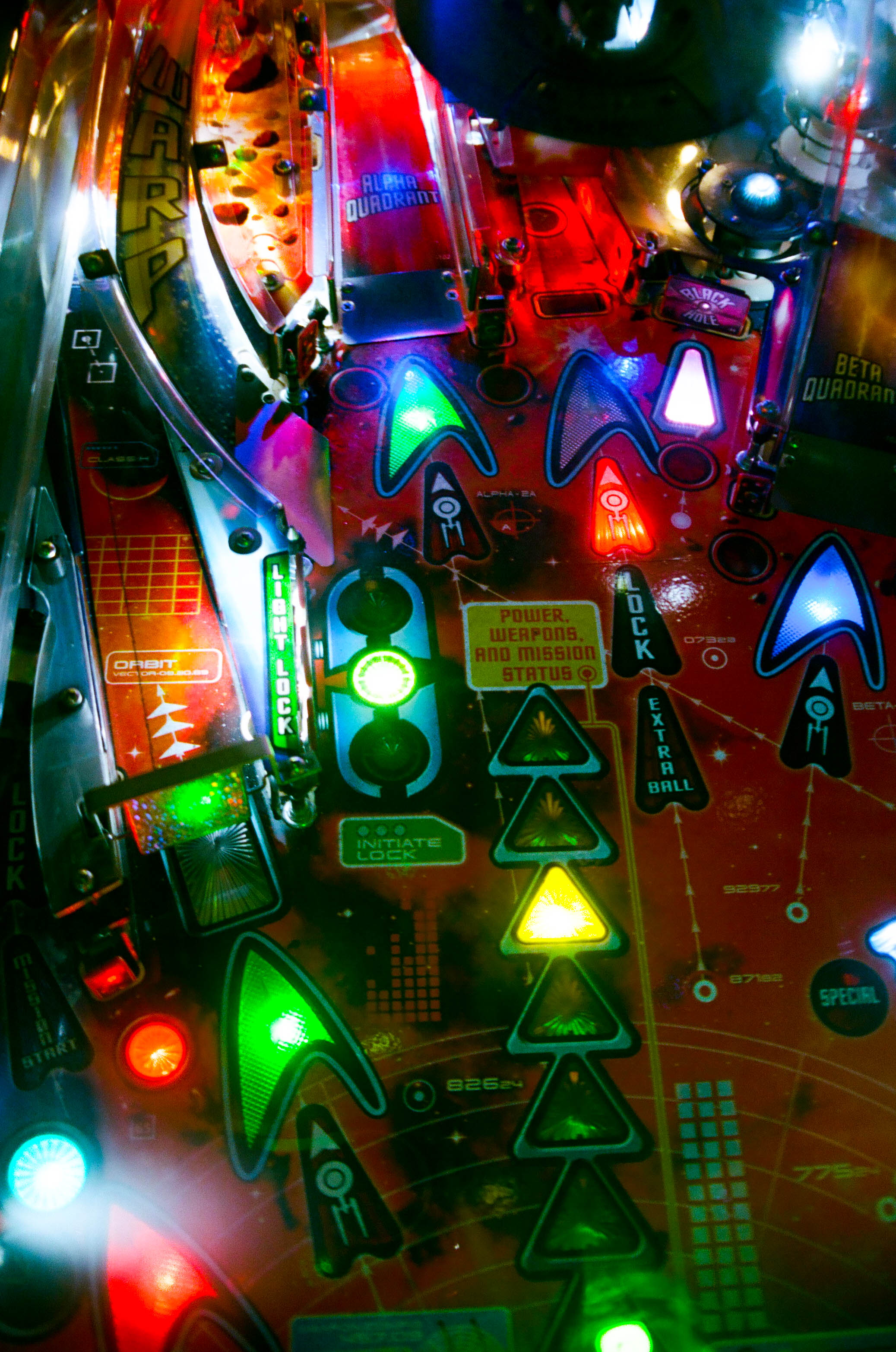 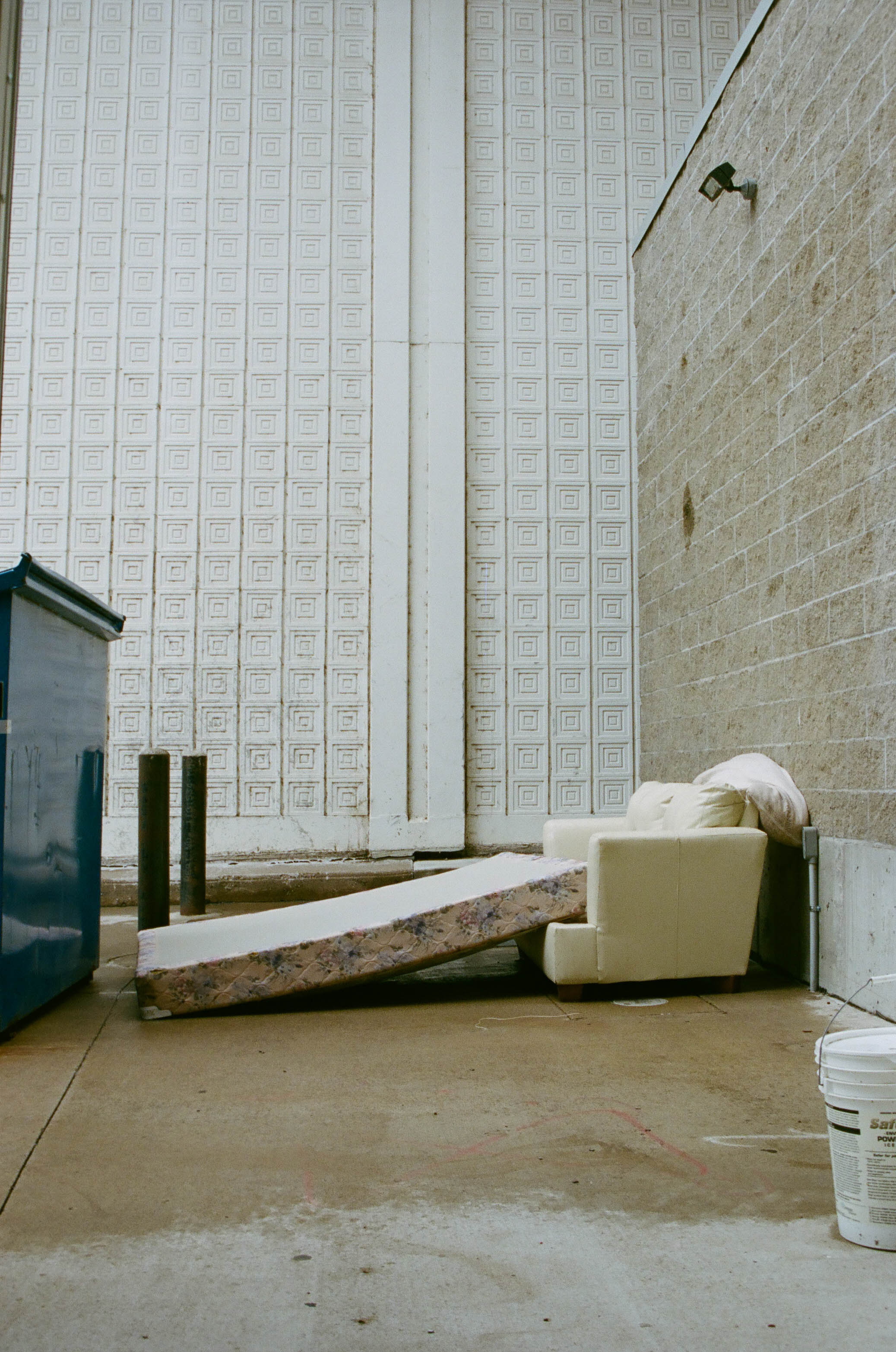 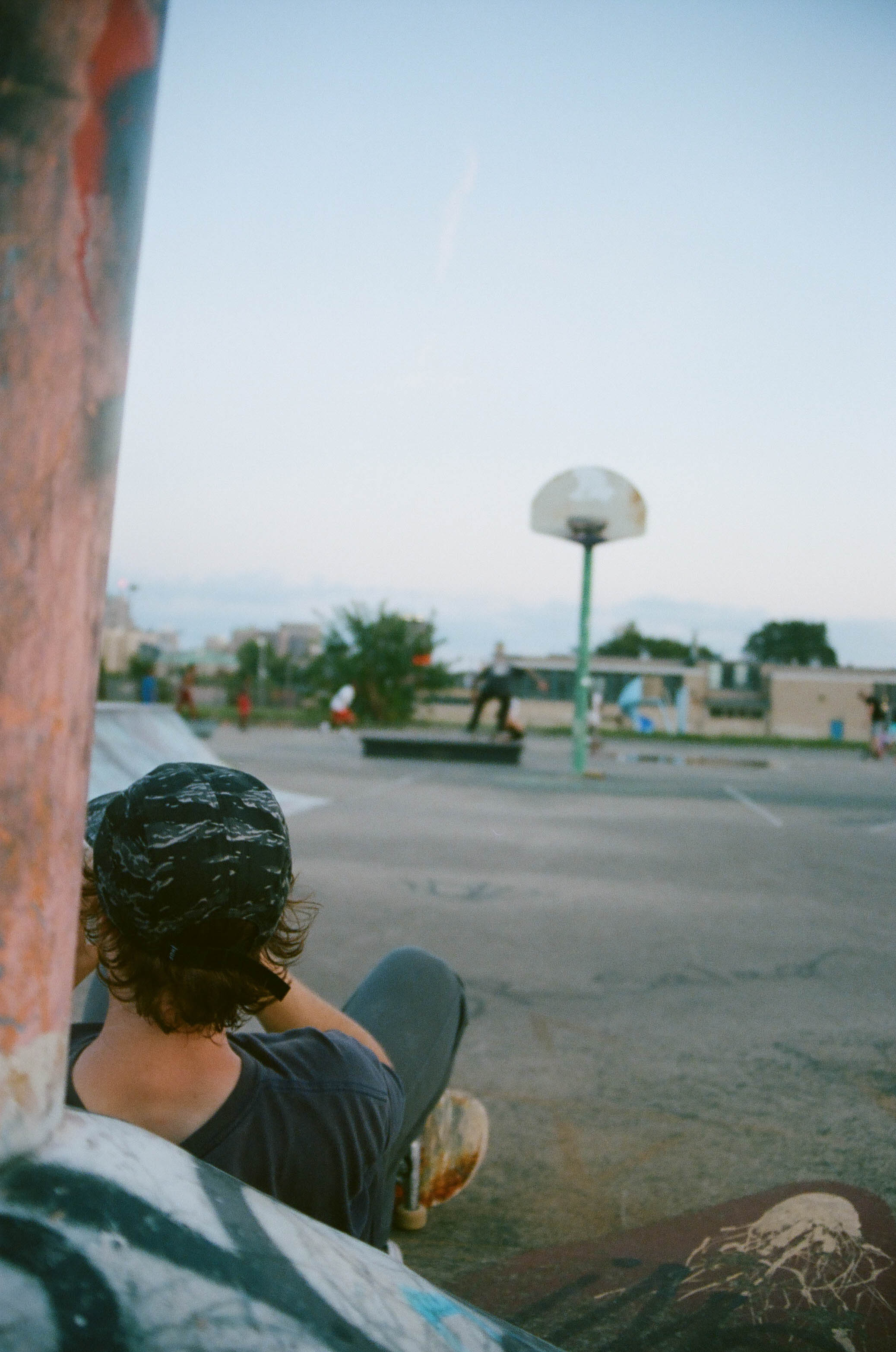 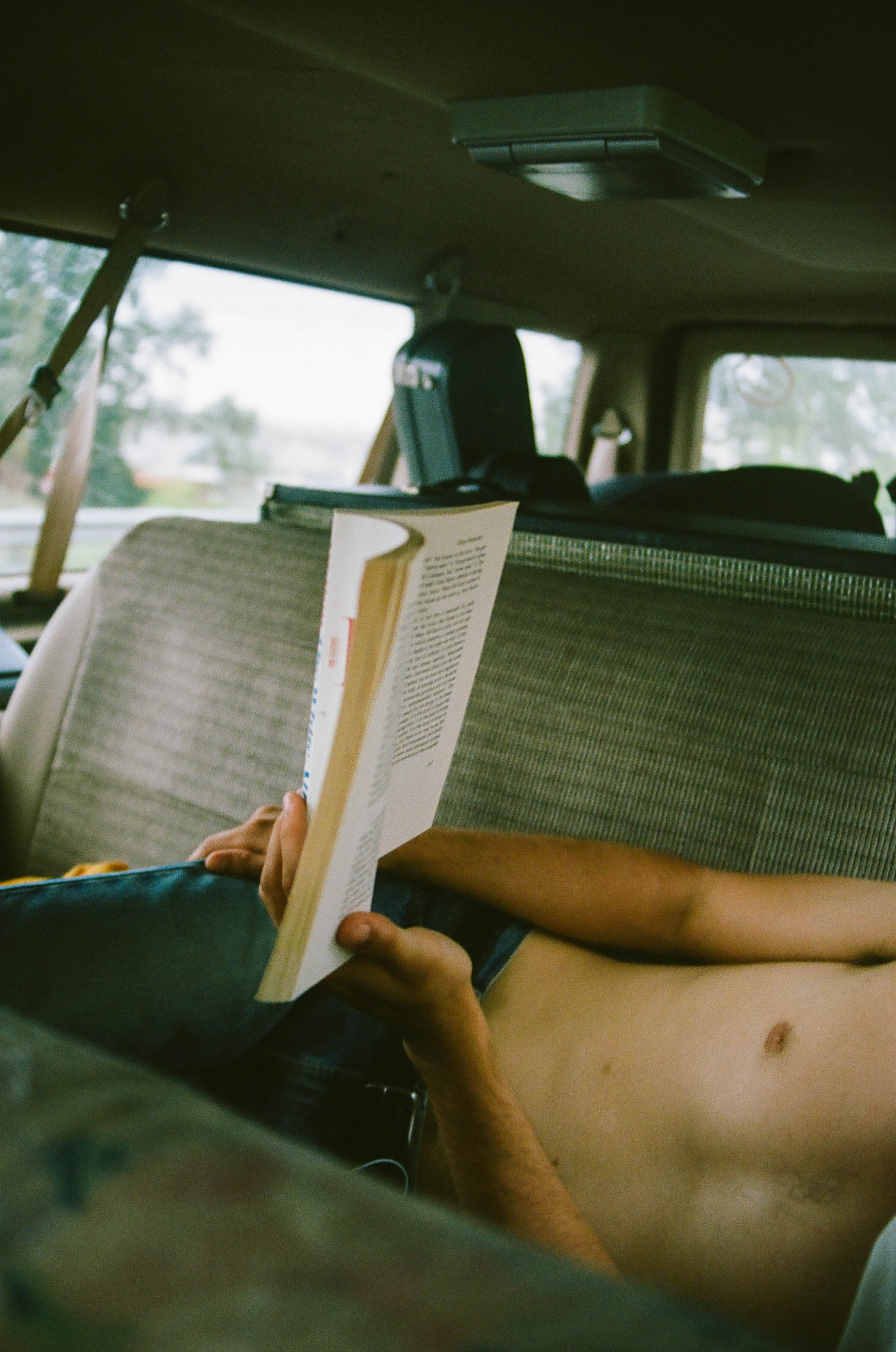 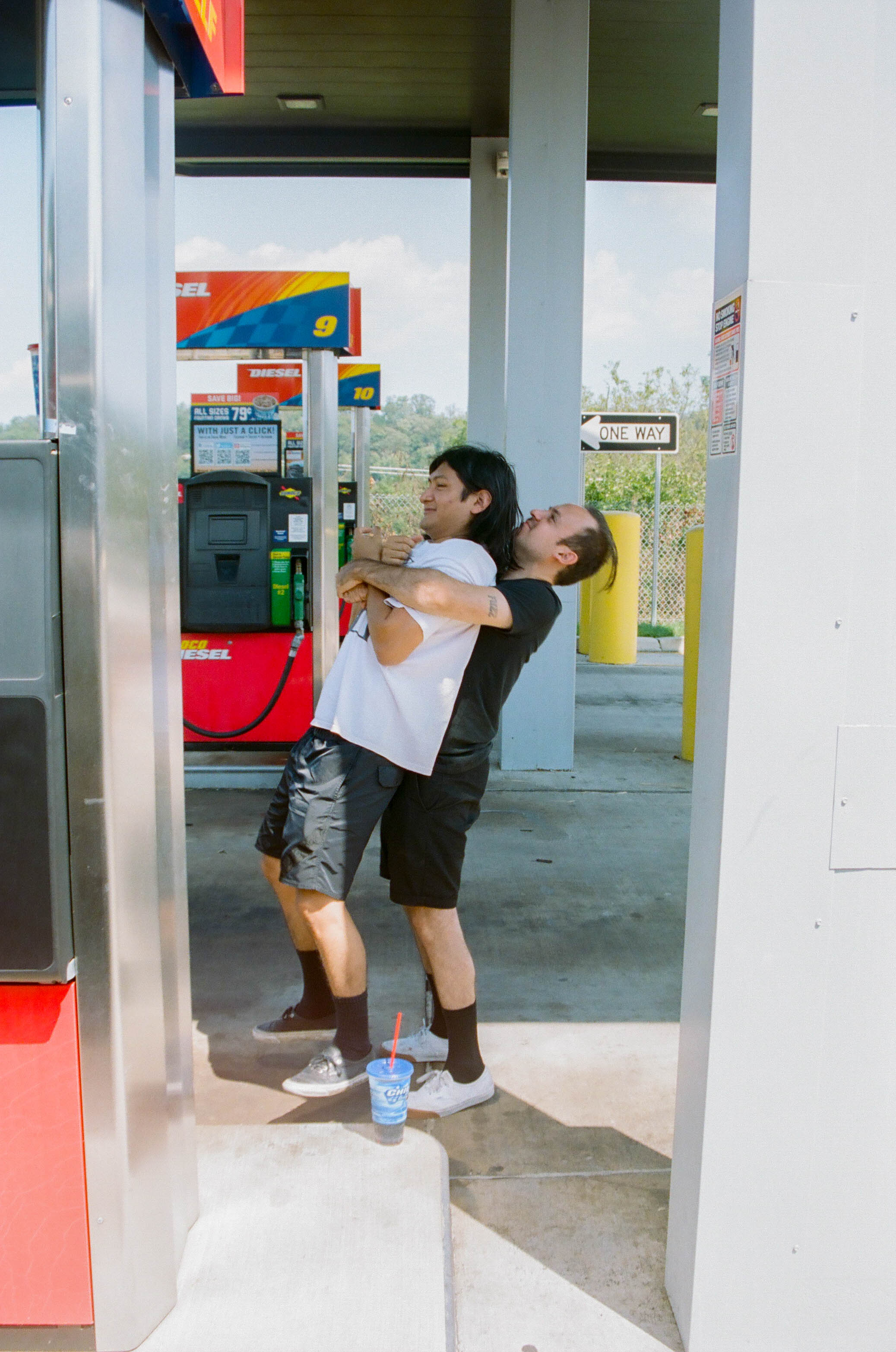 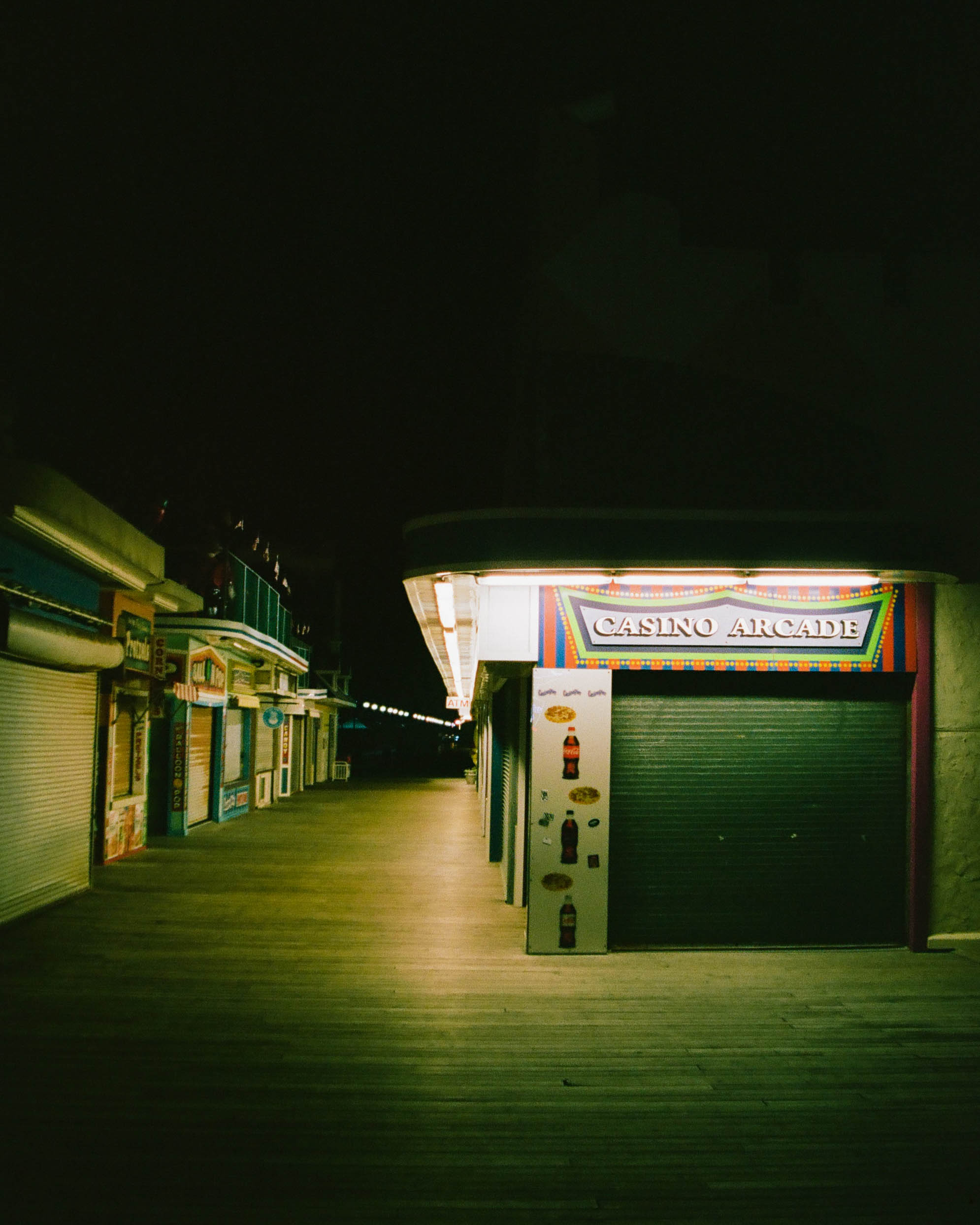 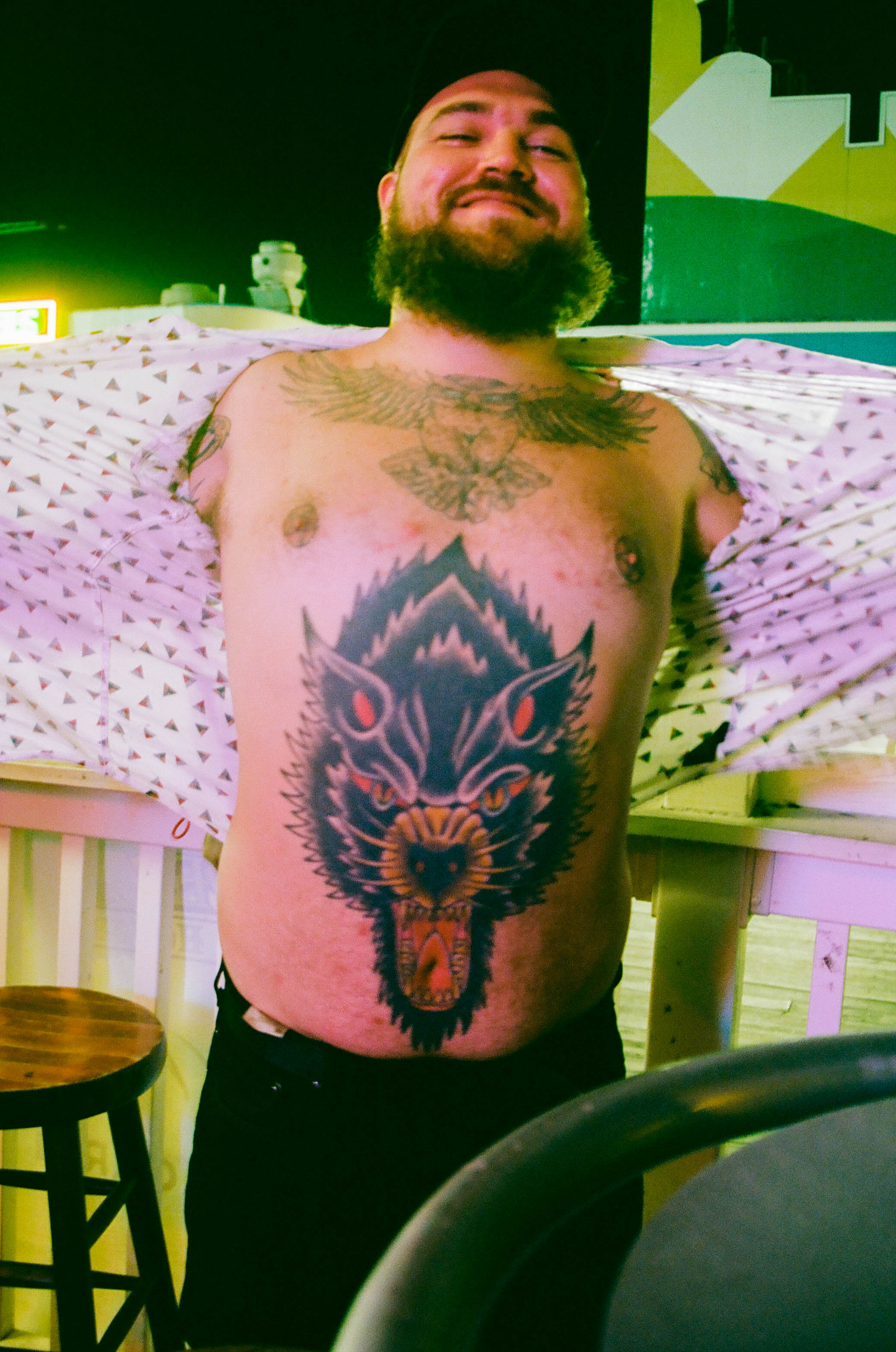 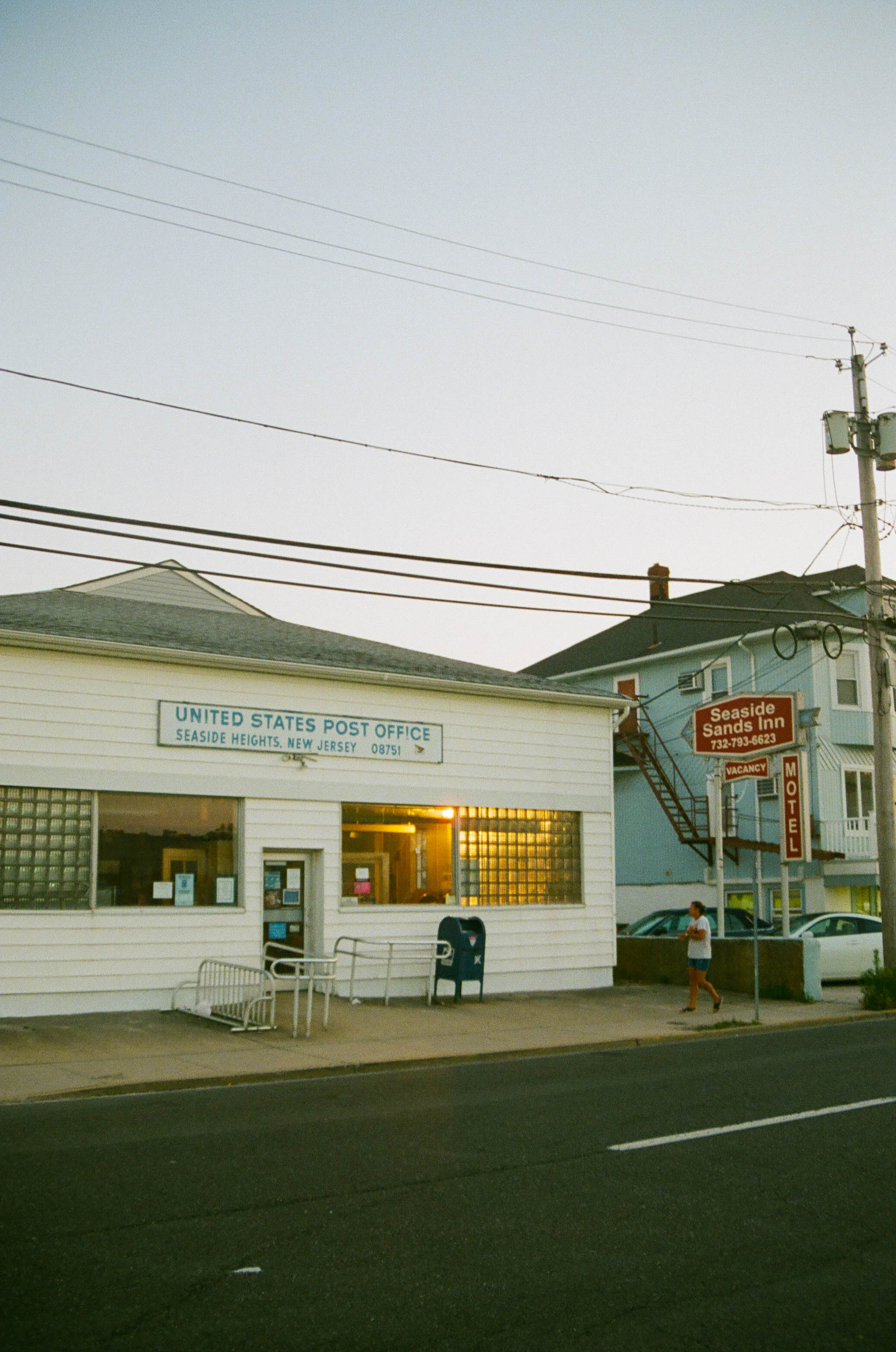 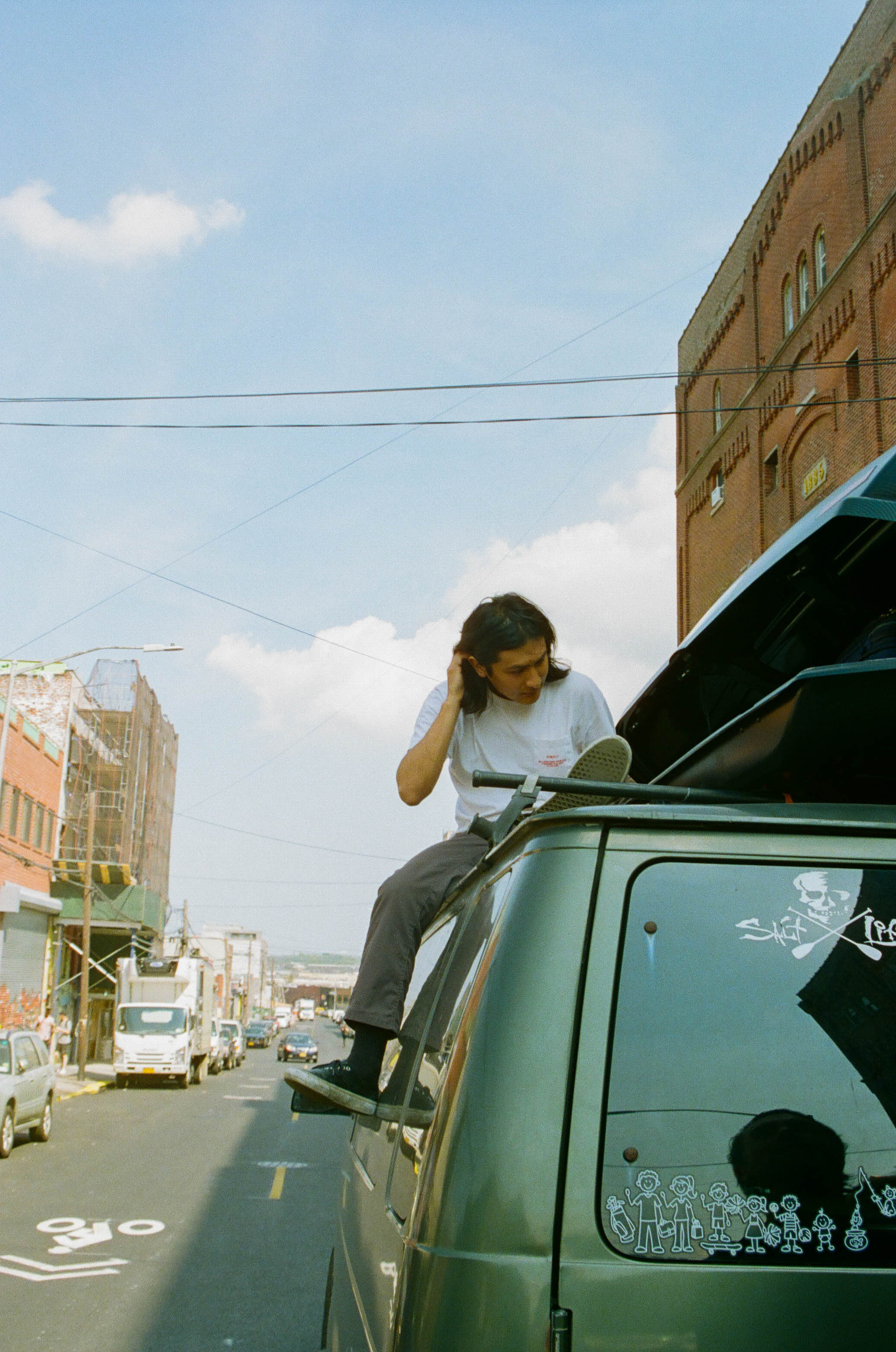 See more of Rachel Cabitt’s work on her official website.

Linkedin
RELATED ARTICLES
OTHER ARTICLES
A centuries-old tradition is offering families a way to honour the deceased, reports Arbab Ali.
Following the release of their third album, the duo talk collaboration, family and connecting with the dead.
Amid soaring inflation, more families are having to turn to the kindness of strangers to shoulder the cost of dying.
With the singer’s tour in full swing, we sat down the musical production company who made the electrifying show possible.
After voting to strike across England, prison teachers explain why they’ve been pushed to a breaking point.
Planet Ardbeg is a 40-page sci-fi anthology created by three cutting-edge artists.