Travel / Travel Diaries / A trek through the mountains of North Korea 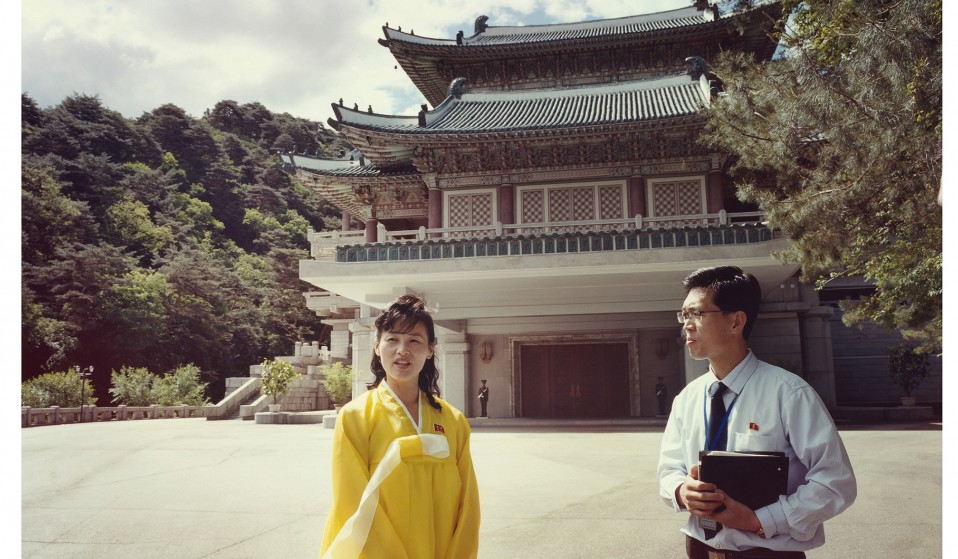 Writer and photographer Kate Eshelby explores the rural depths of the hermit kingdom, travelling through its jungles, beaches, and giant granite peaks.

Writer and photographer Kate Eshelby explores the rural depths of the hermit kingdom, travelling through its jungles, beaches, and giant granite peaks.

“Stairway to Heaven” was the song that entered my head as I clung to a 100m near-vertical metal ladder. Screwed onto a precipitous cliff, it led to peaks that shot skywards and ridges with jagged pinnacles. Below were other don’t-look-down ladders that I’d already conquered, which at that point looked like mini toys.

I was in North Korea, possibly the world’s most isolated state, travelling deep into this mountainous peninsula to climb its peaks with the adventure company Secret Compass. The company, co-founded by ex-army officer Levison Wood, started leading trips here last year – and despite the looming threat of nuclear war, it hopes to run another next May.

It’s strictly forbidden to go anywhere alone, so our two local guides, Yong Un and Yong Chol, chaperoned our group everywhere. We reached the mountains by bus after two days exploring Pyongyang, the capital with its wide, eerily quiet skyscraper-lined boulevards and gigantic pictures of the much-revered, former supreme leaders, Kim Jong-il and Kim II-Sung. I felt like Alice having fallen down the rabbit hole. 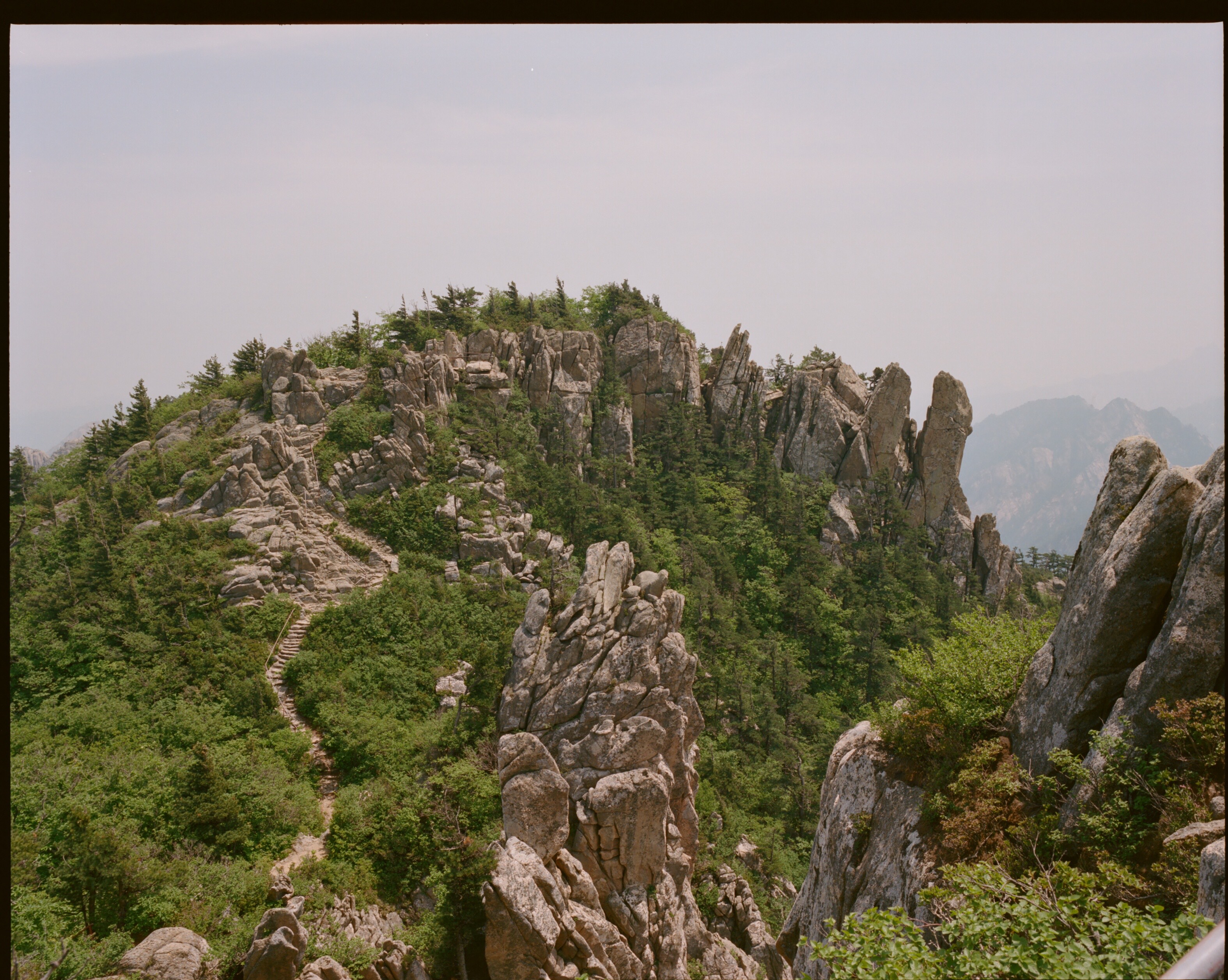 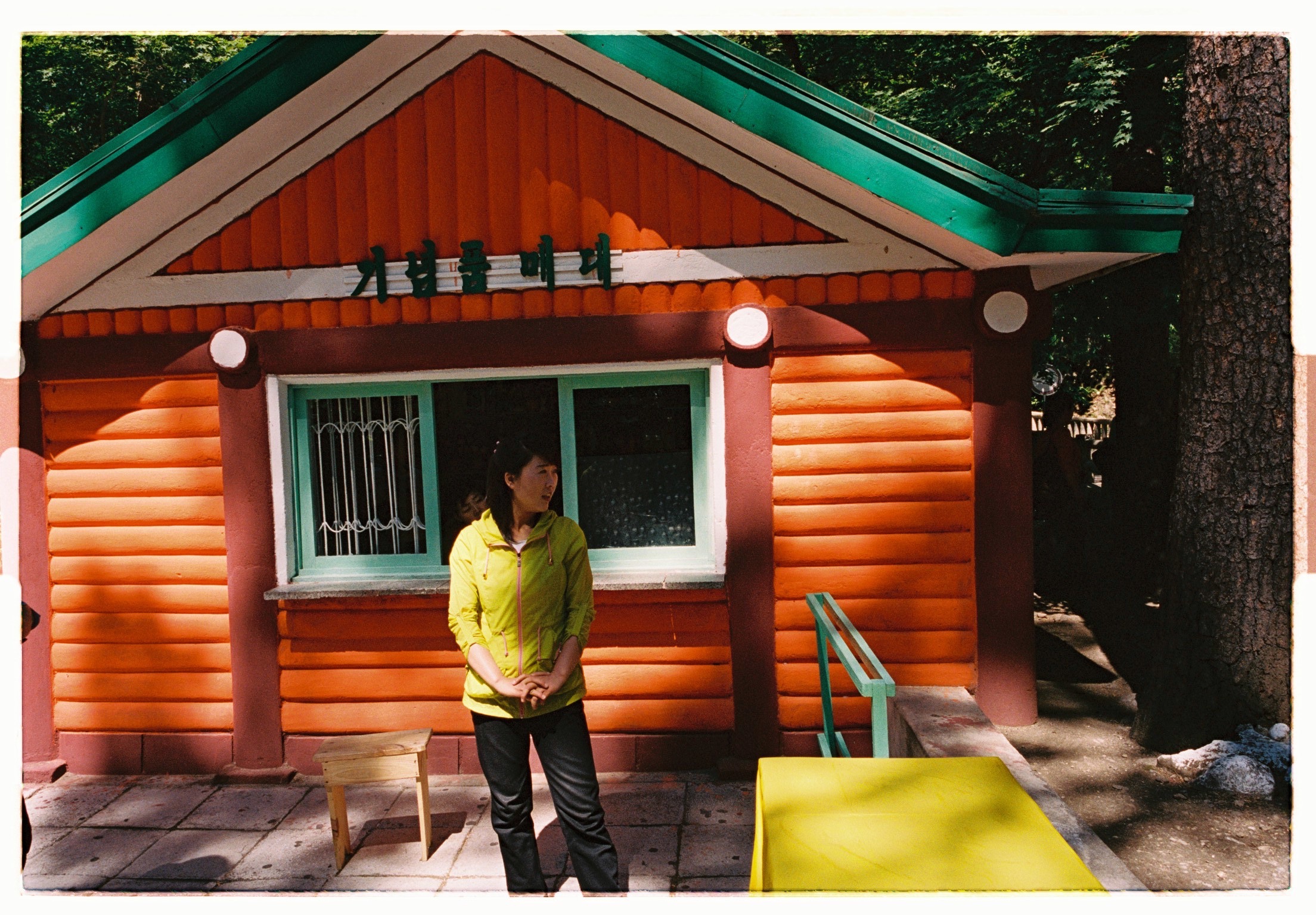 We were given a taster of rural life from the car window as we drove between the ranges. Pretty houses with eaves curled up in smiles sat among paddies and orchards. It was rice-transplanting time so men and women pulled nets full of lime green seedlings while oxen ploughed the land. Red flags fluttered in front of these co-operative farms. “Red is the colour of revolution so they invigorate our people while working,” Yong Un explained.

Bicycles streamed by with men dressed only in black or brown mass-produced suits; the roads were empty of cars. Everyone was sporting red compulsory badges – flaunting images of the leaders. “We wear them on the left of our chest so they are close to our heart,” Yong Un said. Soldiers wearing towering caps popped up everywhere (North Korea has one of the world’s largest armies). 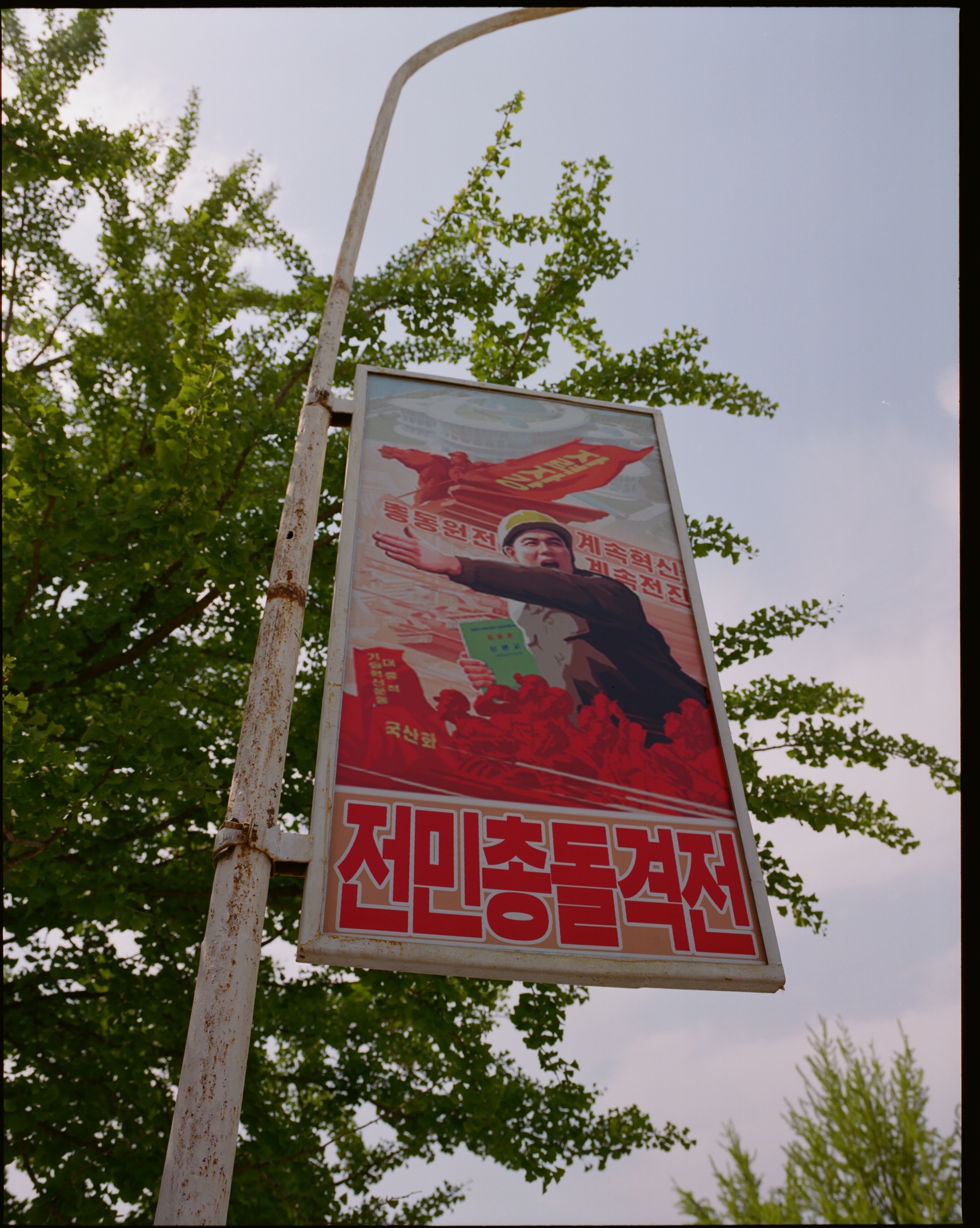 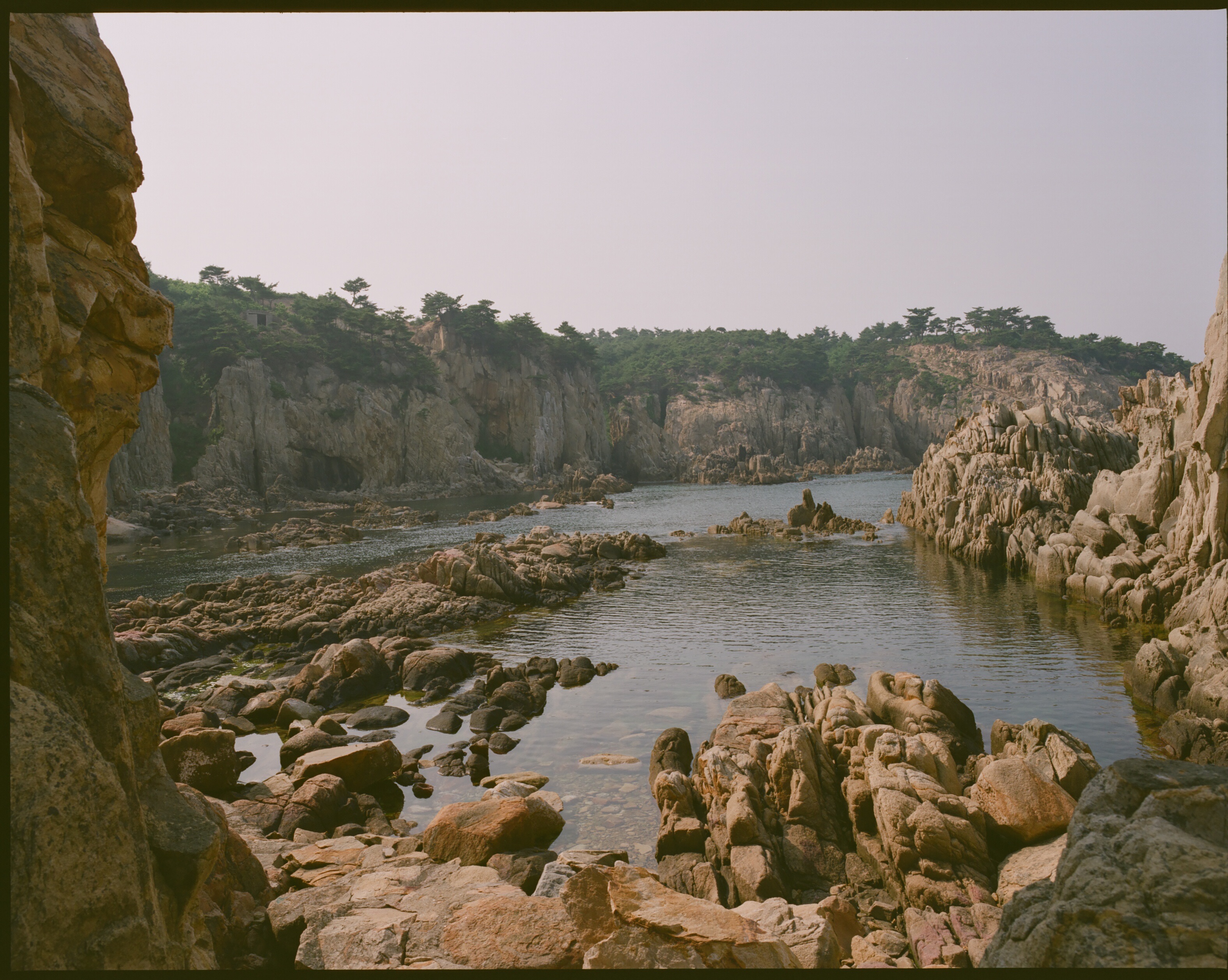 70 per cent of North Korea’s land is mountainous so before long mountains were striding down into the vivid paddies. The ladders I was scaling mount the sheerest sections of 1160m Sejong Peak in the Outer Kumgang Mountains (UN-recognised as a biosphere reserve). Kumgang means ‘diamond mountain’ because it’s a huge range of 12,000 granite peaks, which twinkle in the sunlight.

Zoomorphic shaped rocks surrounded by legends loomed over us as we scrambled up through steep jungle with hidden Buddhist temples. Enormous pools the colour of Foxes Glacier Mints threaded through the rocks and waterfalls tumbled down. Once at the top, it felt like the roof of the world, with mountains cloaked in trees riding out to the horizon. 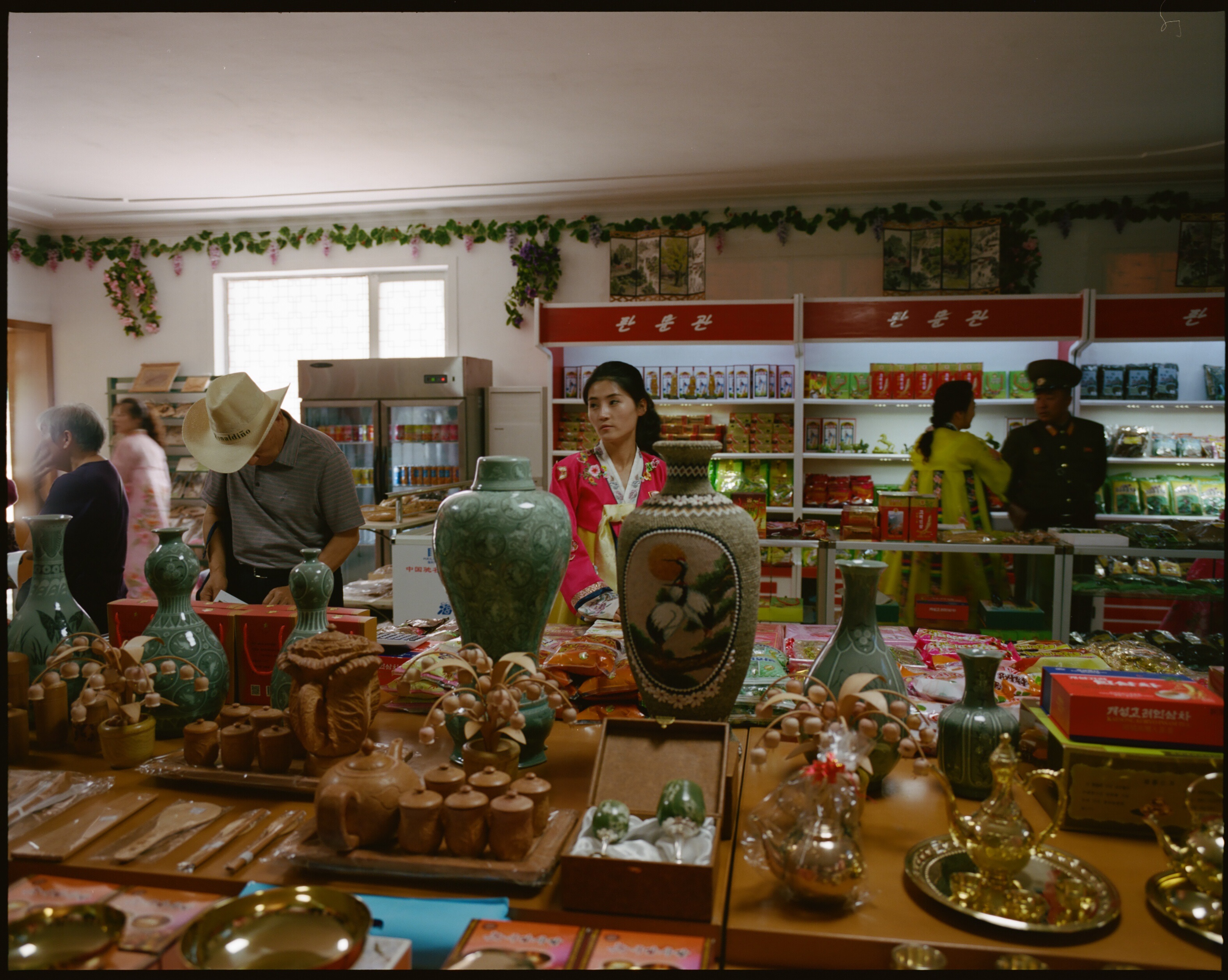 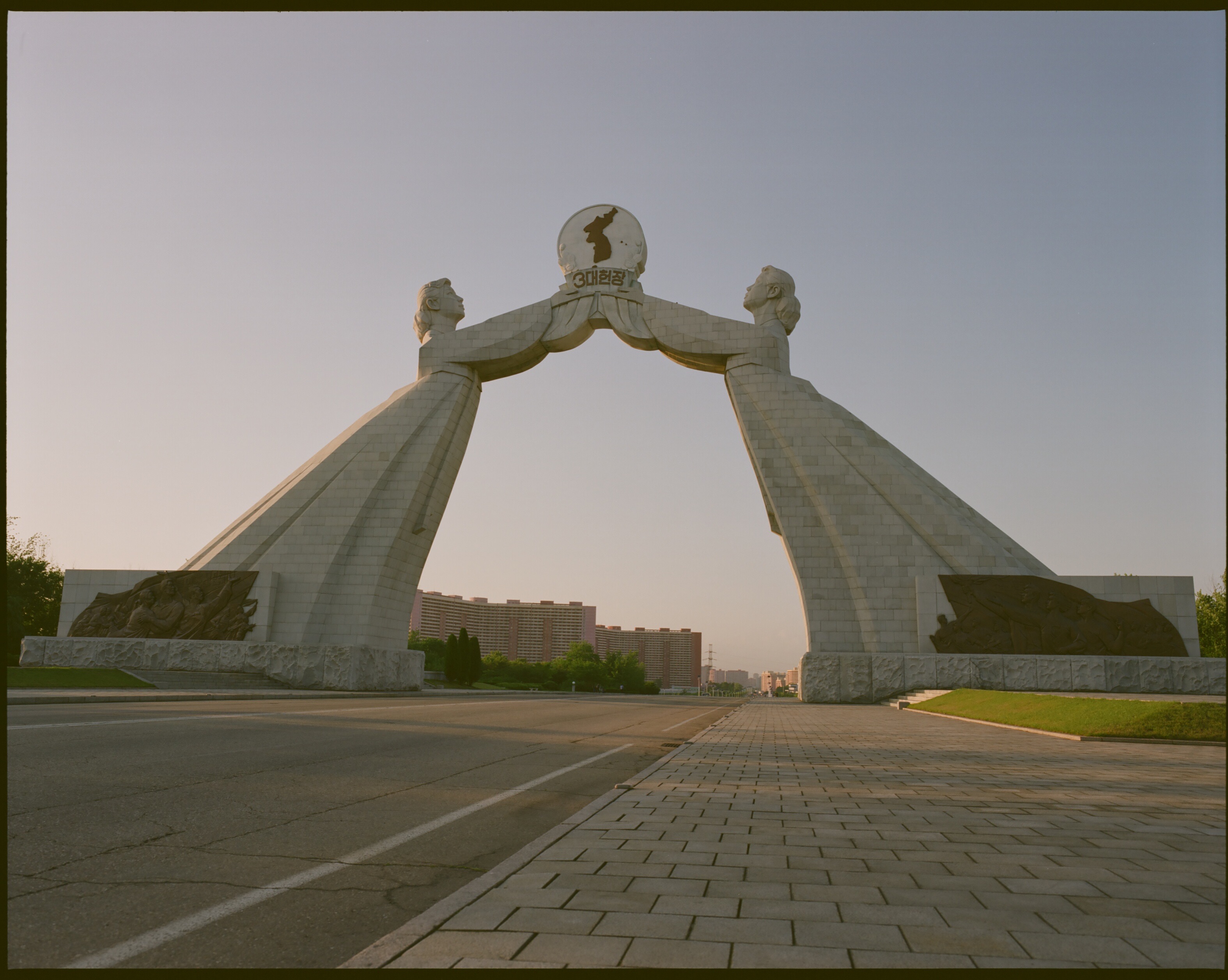 We slept at the Kumgangsan, a grand hotel where balconied bedrooms had mountain views and chandeliers the size of elephants hung in the dining rooms. All the hotels we stayed in were opulent, with karaoke bars, ice skating rinks and revolving restaurants, despite always being near deserted.

Next, we took the coastal road north to Mount Myohyang passing vanilla-white sandy beaches and clear turquoise seas full of rocky islets. On finally reaching the 1909m Piro Peak – the country’s highest – we strung up hammocks and spent the night there. Mount Taehwa, our final mountain, is a full-blown ski resort with 10 runs – although there was no snow when we were there. 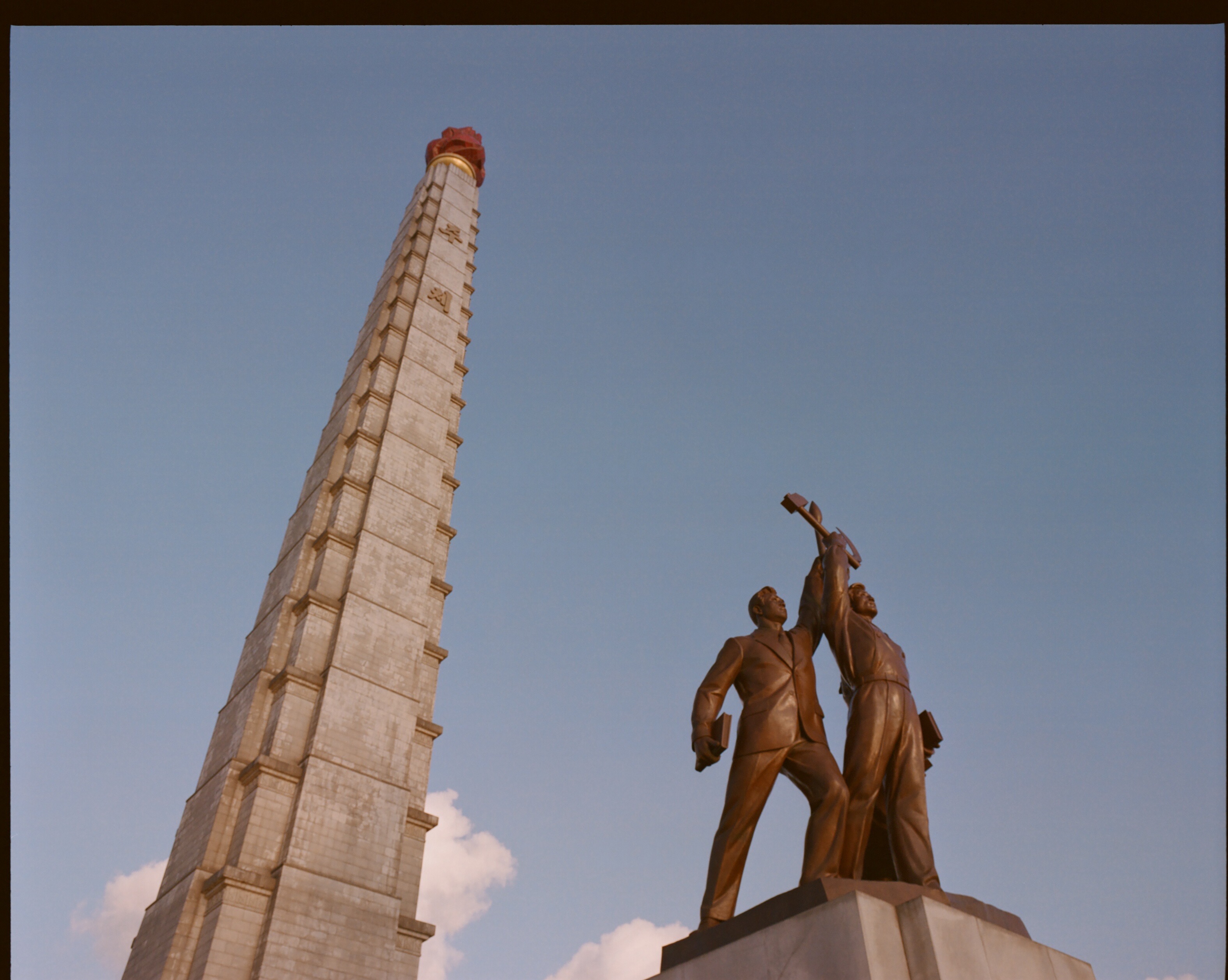 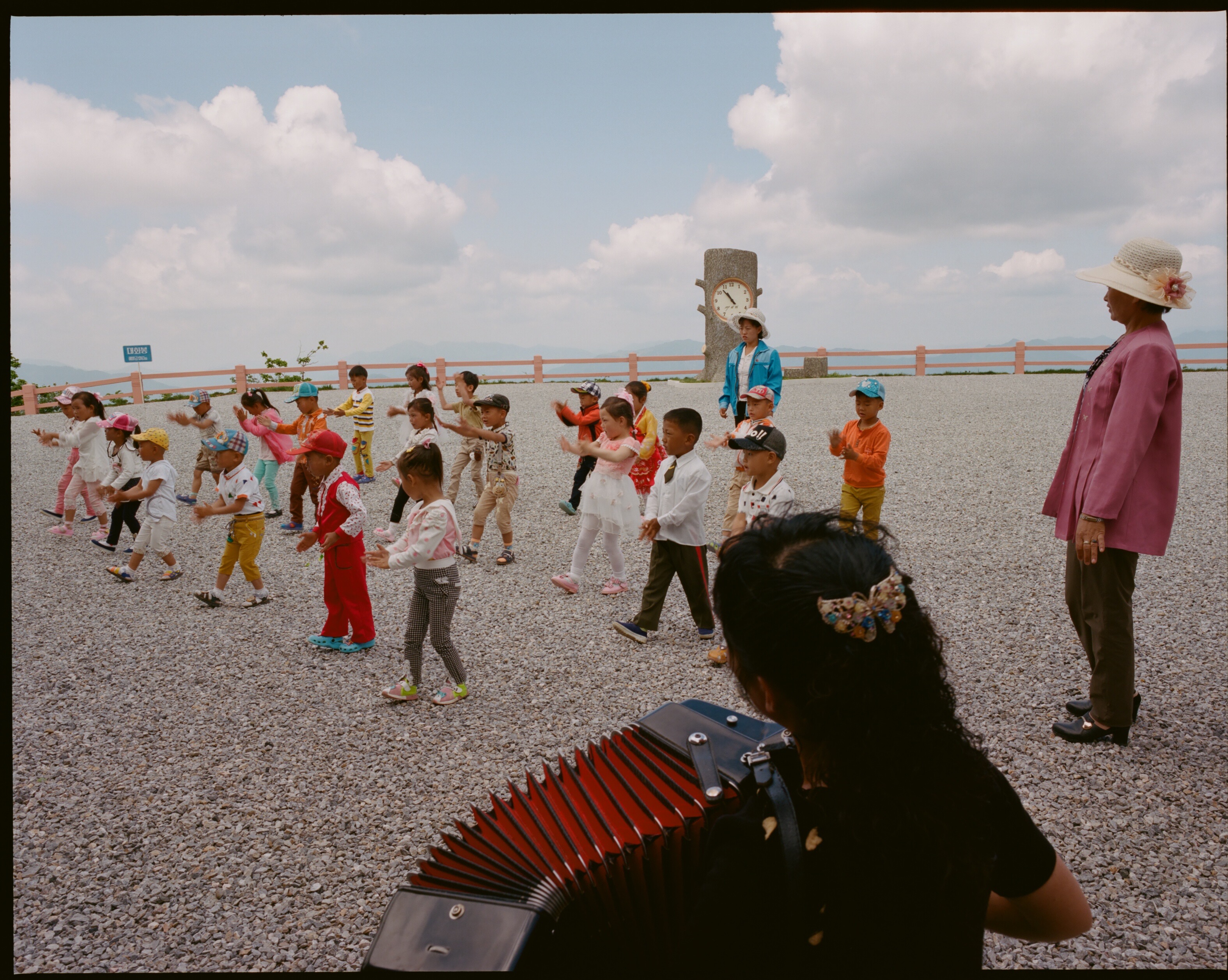 The last day of our trip was spent back on flat ground visiting the DMZ, the demilitarised zone, which separates North and South Korea; yet – despite the name – it’s actually one of the world’s most militarised borders.

“Our country was split asunder by hostile outside forces,” Yong Chol said. “We want reunification.” I arrived in North Korea with a near-blank page because so little is known about this hermetic state, but as with a lot of what I saw and heard these words surprised me. I left thoughtful, questioning much, yet wiser, and with the hope that their wish is granted. 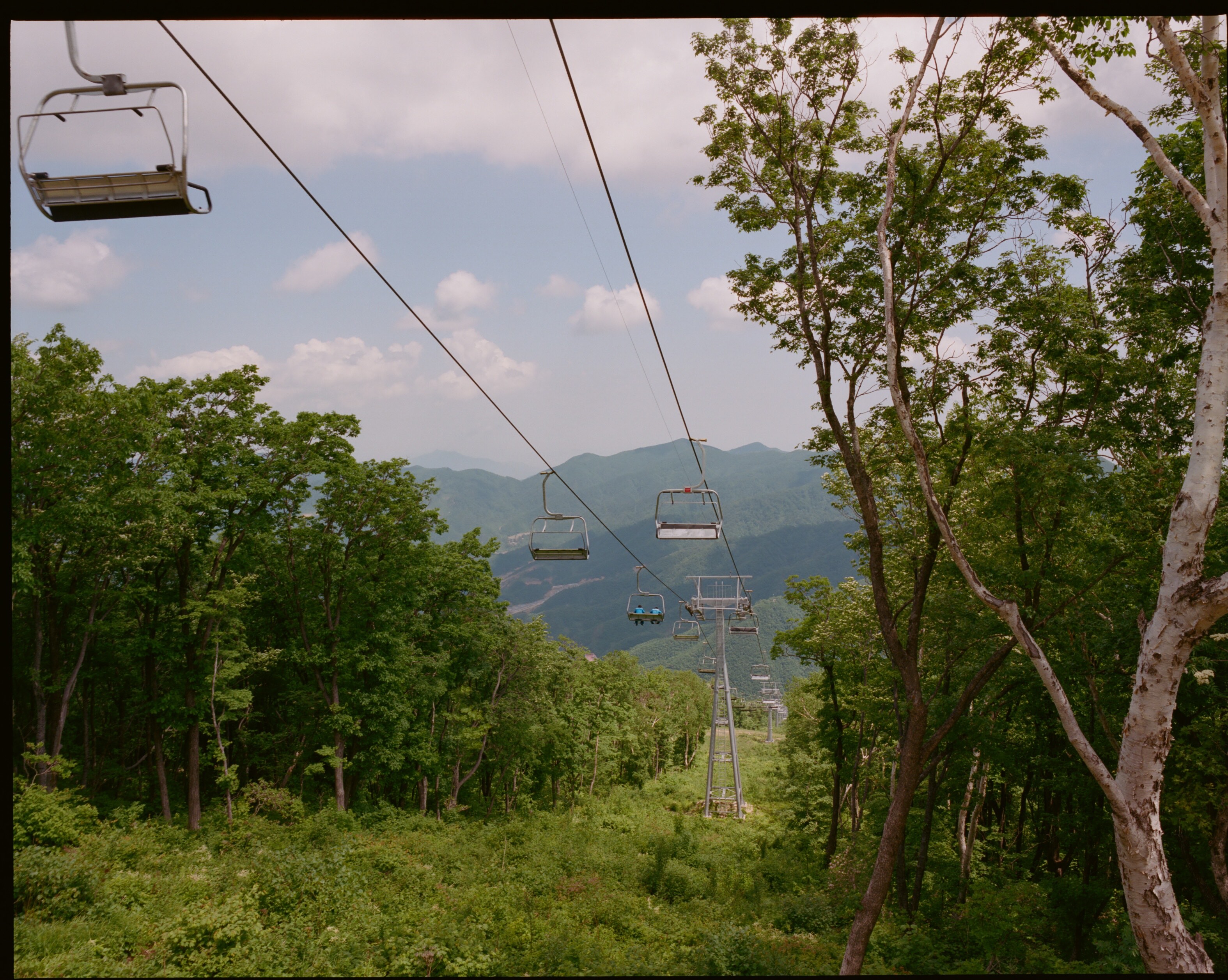 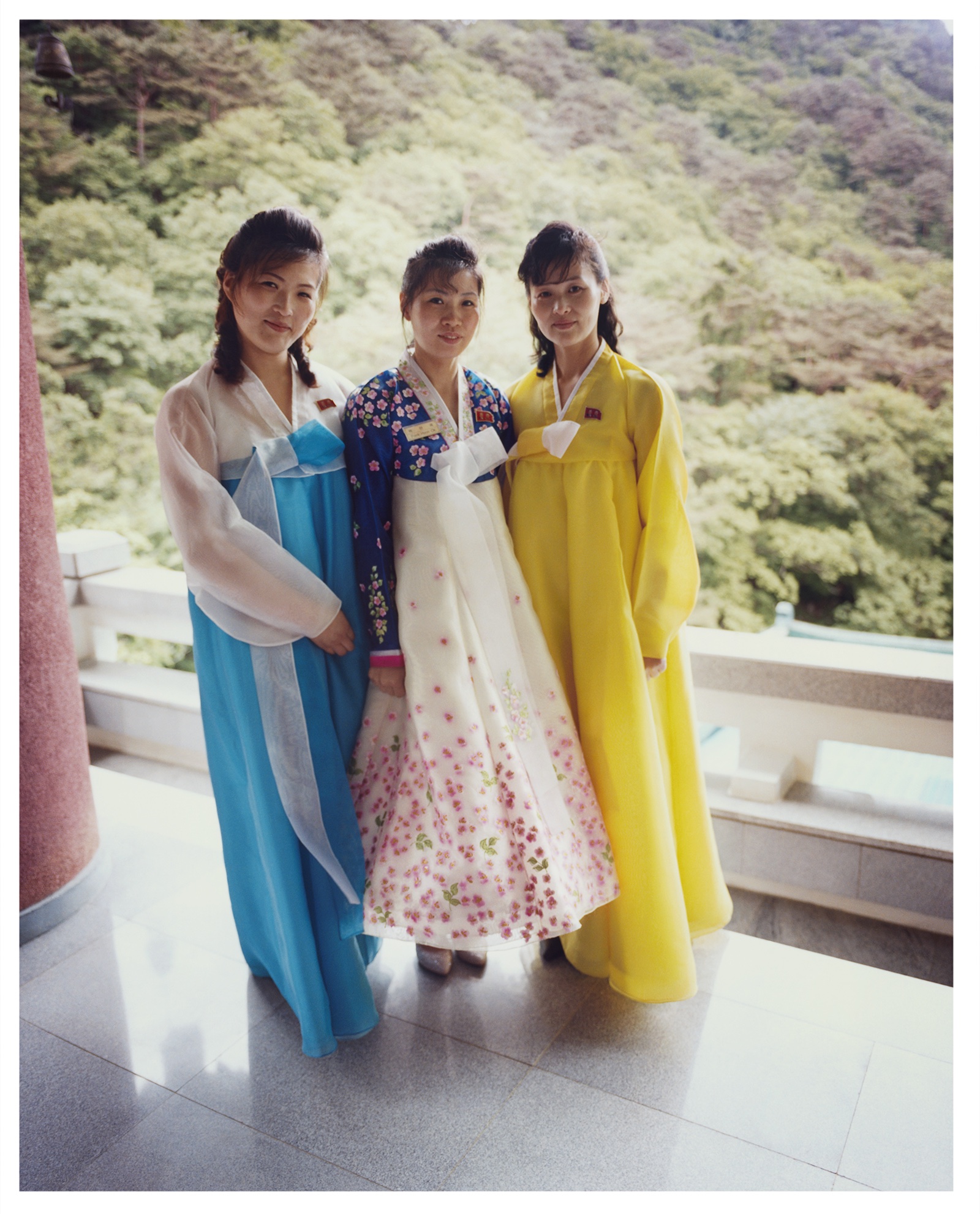 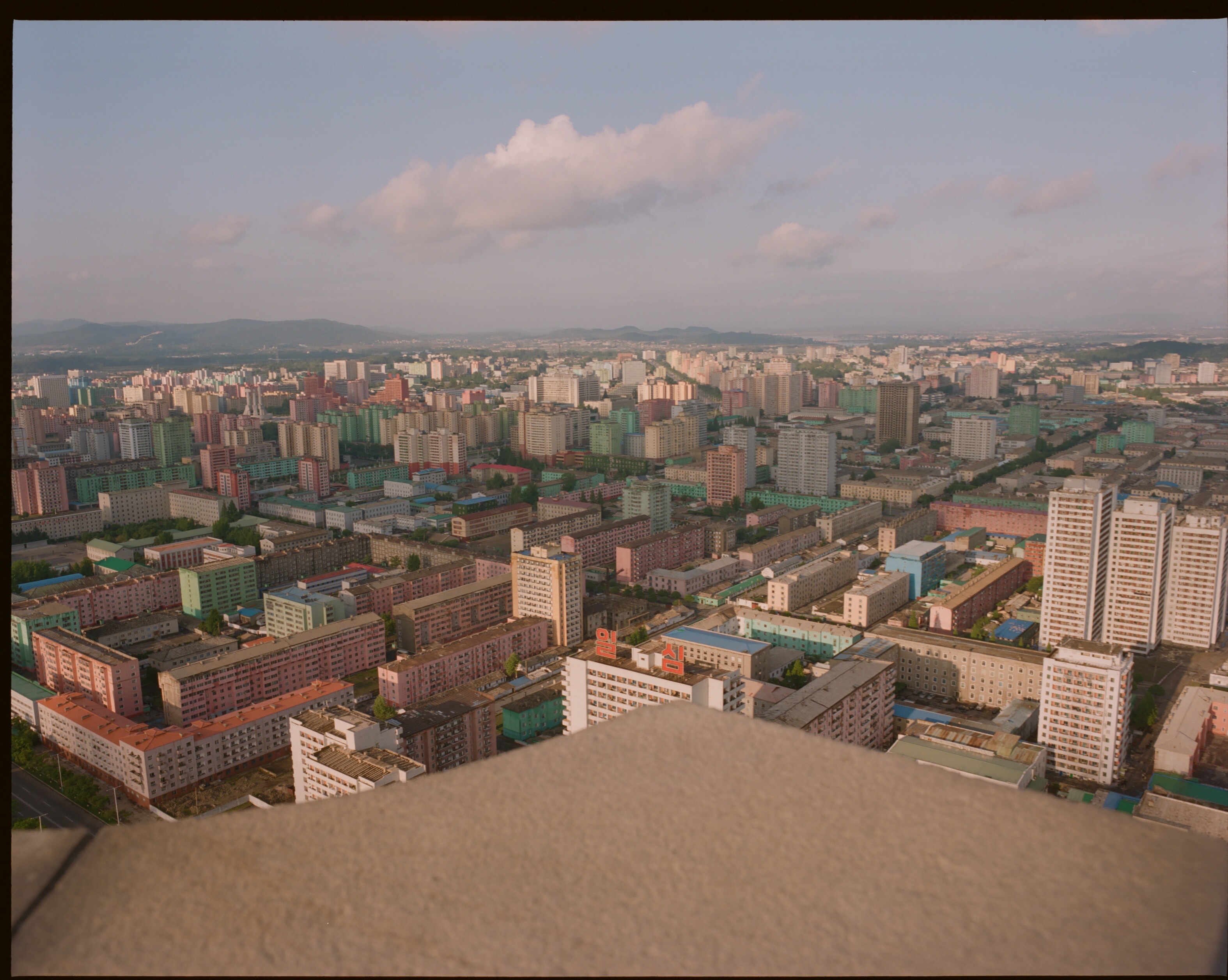 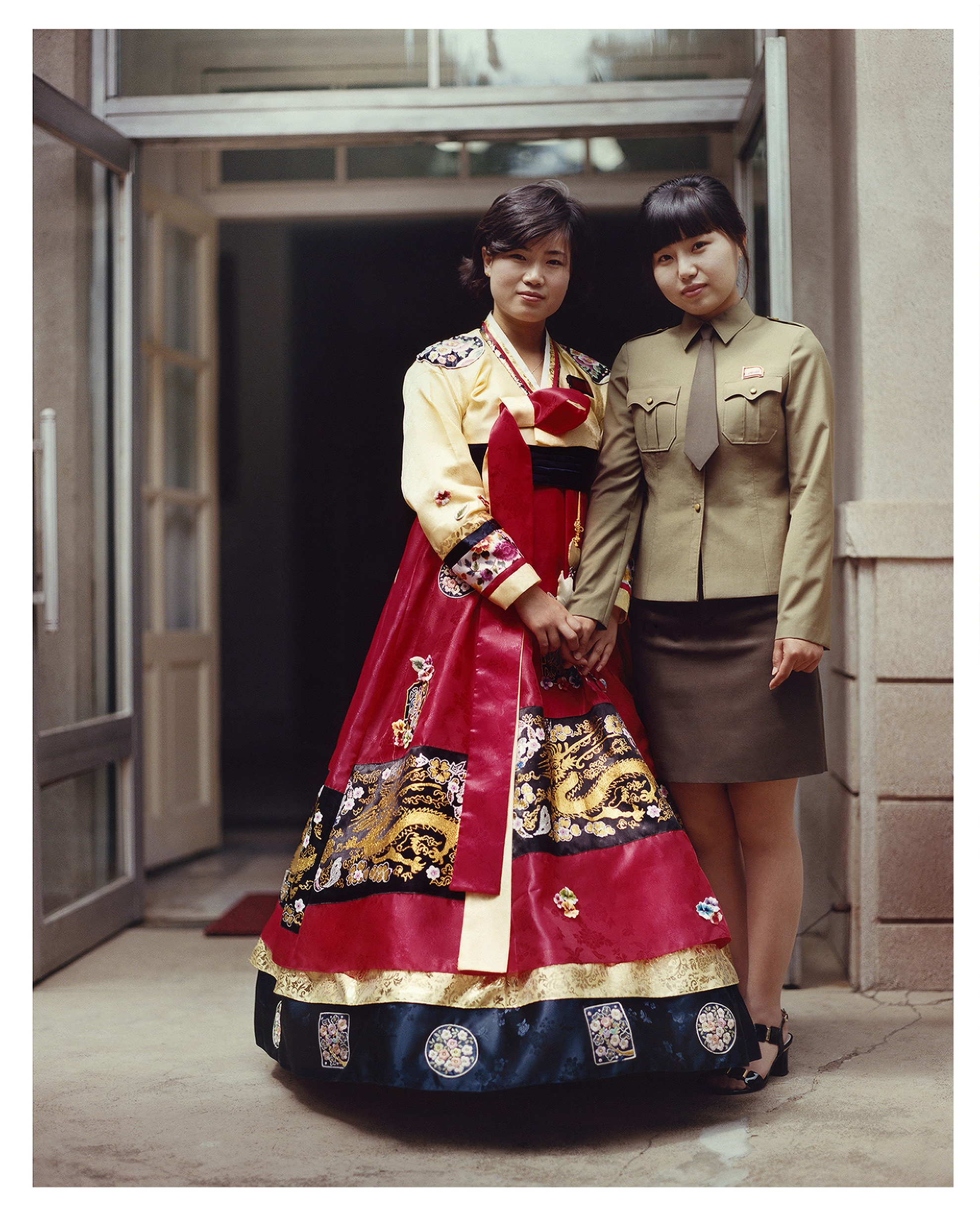 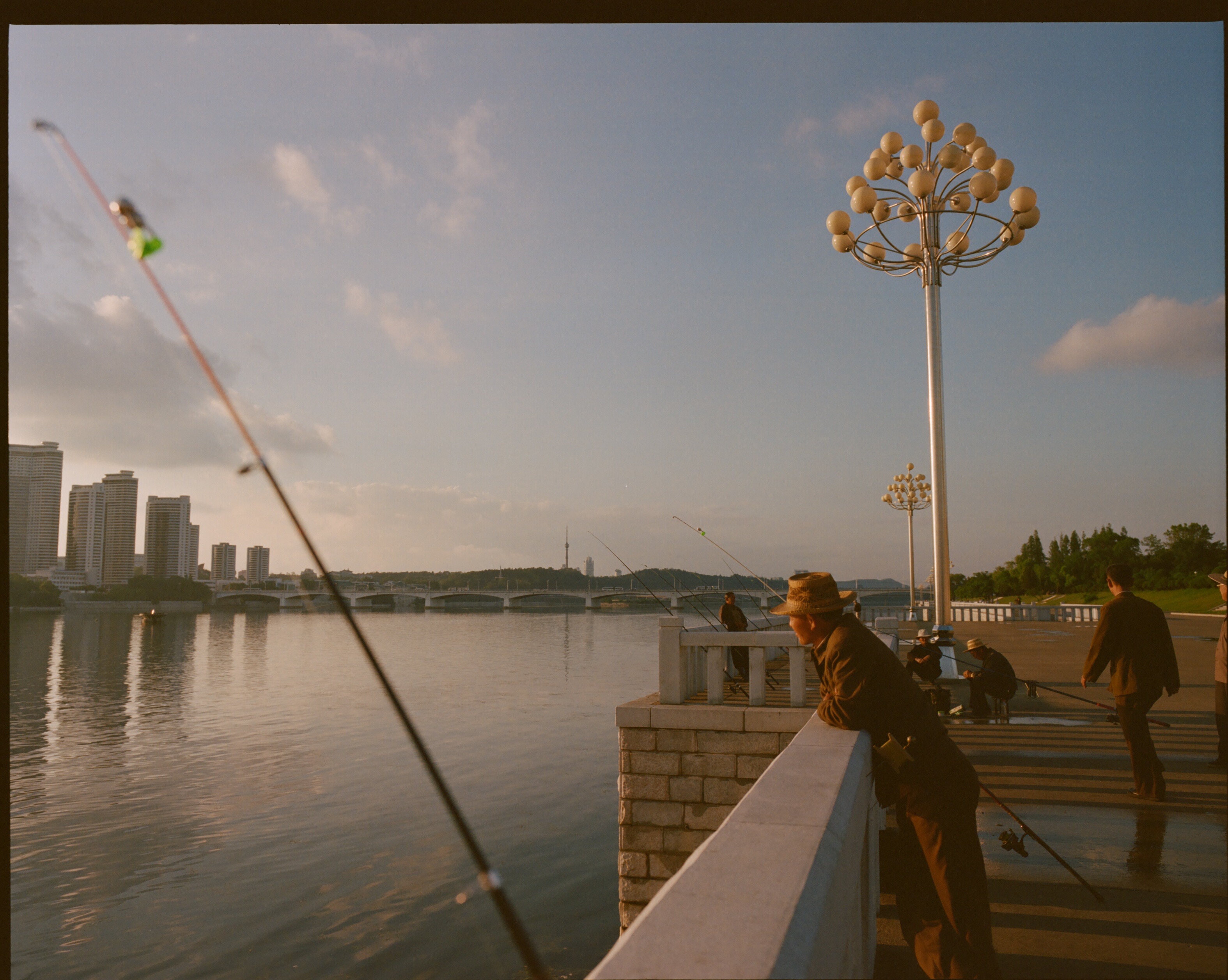 Linkedin
RELATED ARTICLES
OTHER ARTICLES
Photographer Sean Maung reflects on documenting a small town in Pennsylvania afflicted by high levels of unemployment, poverty, violence, crime, and addiction.
A new law change is enabling Britain’s donor-conceived children to know the truth about their origins – but campaigners say the fertility industry must do more to protect people.
Campaigners reflect on what the supreme court’s decision to allow buffer zones in NI means for the future of reproductive rights in the UK.
Mass crustacean die-offs in the North East have led a community of fishermen to take action to save their seas.
After fleeing the war in Ukraine, people are finding it impossible to secure affordable and decent housing in the UK.
Zsófia Sivák’s ongoing project documents the country’s tavern culture, preserving a once defining part of rural life.