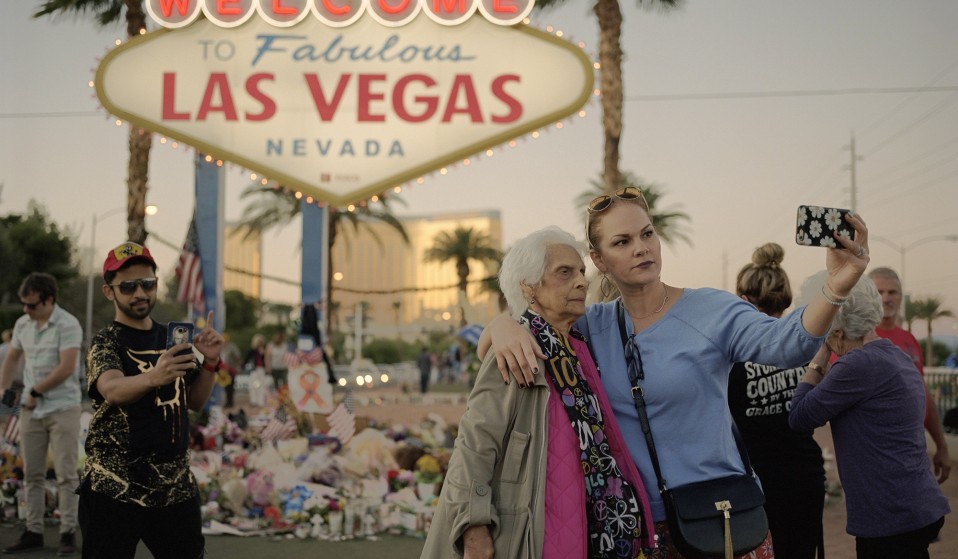 Photographer Jane Hilton has documented Sin City for decades in all its eccentric glory. But touching down just days after last year’s tragic massacre, she was exposed to a surreal new side of the strip.

Photographer Jane Hilton has documented Sin City for decades in all its eccentric glory. But touching down just days after last year’s tragic massacre, she was exposed to a surreal new side of the strip.

I have travelled to Las Vegas maybe 30 or 40 times in the last 25 years, photographing various projects. The contradictions of American society and the American Dream are more explicit in Sin City than almost anywhere else I’ve been.

It’s the place where the line between fantasy and reality is constantly blurred. Vegas has provided a breeding ground for characters who live out these contradictions, primed for me to photograph them. I have documented the McDonald’s style wedding culture with proclamations of everlasting happiness, the legalised prostitution in the brothels of Nevada, and pretty much everything in between.

Arriving in Las Vegas on 12 October 2017, exactly 12 days after the deadliest mass shooting in the history of the US, however, was a different experience. A lone shooter in the Mandalay Bay Hotel fired hundreds of bullets from his customised, fully automatic weapons out of the windows of his suite on the 32nd floor. He killed 58 people and injured 546 whilst they were enjoying a night of country music. My taxi driver from the airport was initially quite curt while talking about how Las Vegas was coping with life in the wake of the atrocity: “We’re absolutely fine, everything is normal.” It felt more like a statement. He didn’t want to discuss it, and who could blame him? 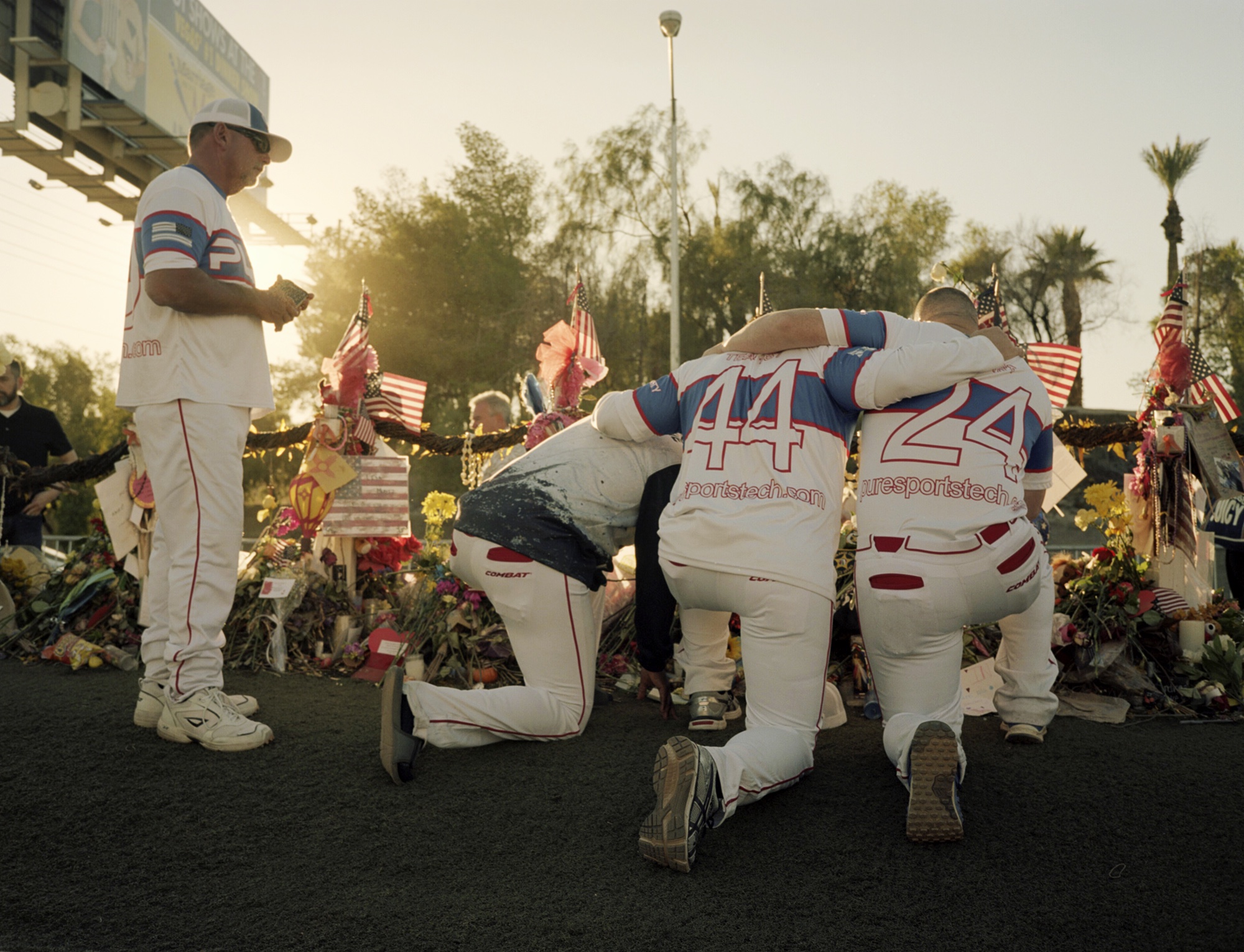 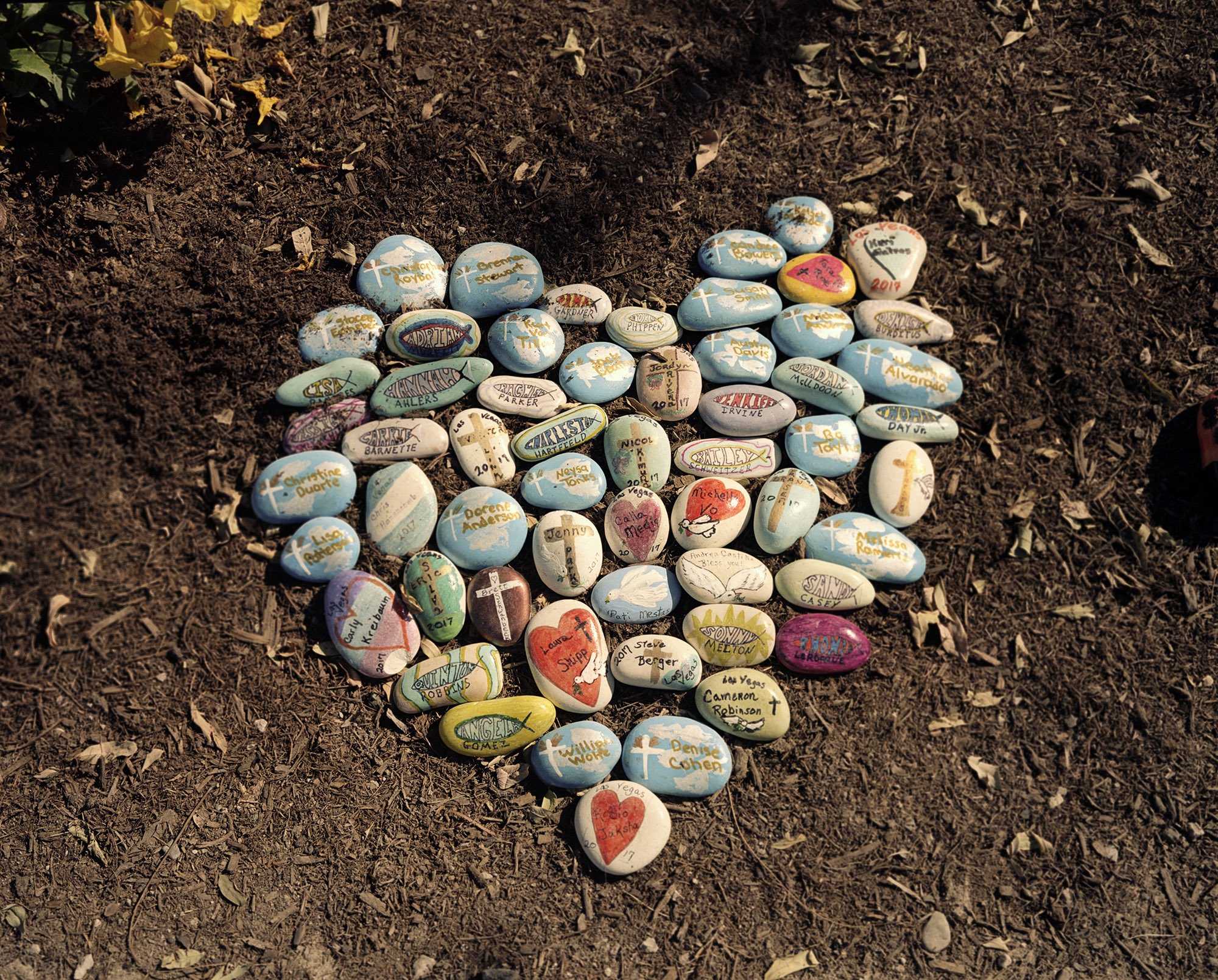 As we drove past the city’s landmark sign, ‘Welcome to Fabulous Las Vegas’, he slowed down so we could pay our respects. 58 white crosses, one for each victim, had been erected alongside flowers, candles, letters and flags placed down to form a memorial. The iconic sign was now steeped in irony. Vegas is surreal at the best of times, but then it felt chilling.

After checking in to the Mandalay Bay Hotel and walking towards the elevators, I was suddenly aware of the enormity of that horrific event; understanding that the shooter had carried up over 10 suitcases full of deadly weapons inside.

My room had an impressive view of the strip; at one time boasting the fastest changing skyline in any American city. I have photographed it many times. Back in the early ’90s, I used to stay on this very spot when it was the Hacienda Hotel and Casino, before the Mandalay Bay was put in its place. As I gazed down the strip with the ‘usual suspects’ of the MGM, Excalibur, New York New York etc. I could see the latest gold block in the distance labelled with the word ‘Trump’, another reminder of how surreal the world has become. But darker than all of this was the clear view from my window of the stage at the Harvest 91 festival where thousands of people had to run for their lives. 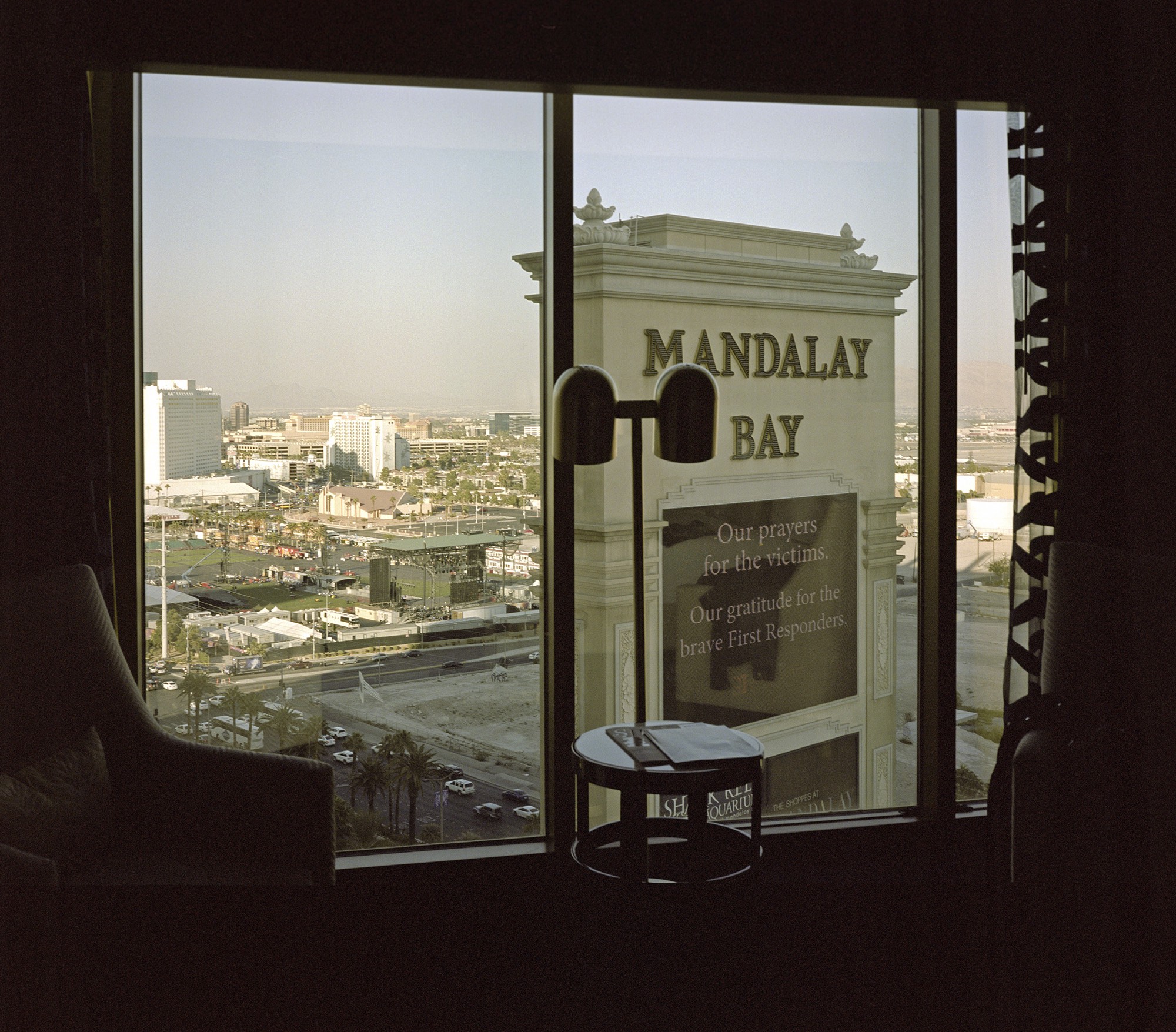 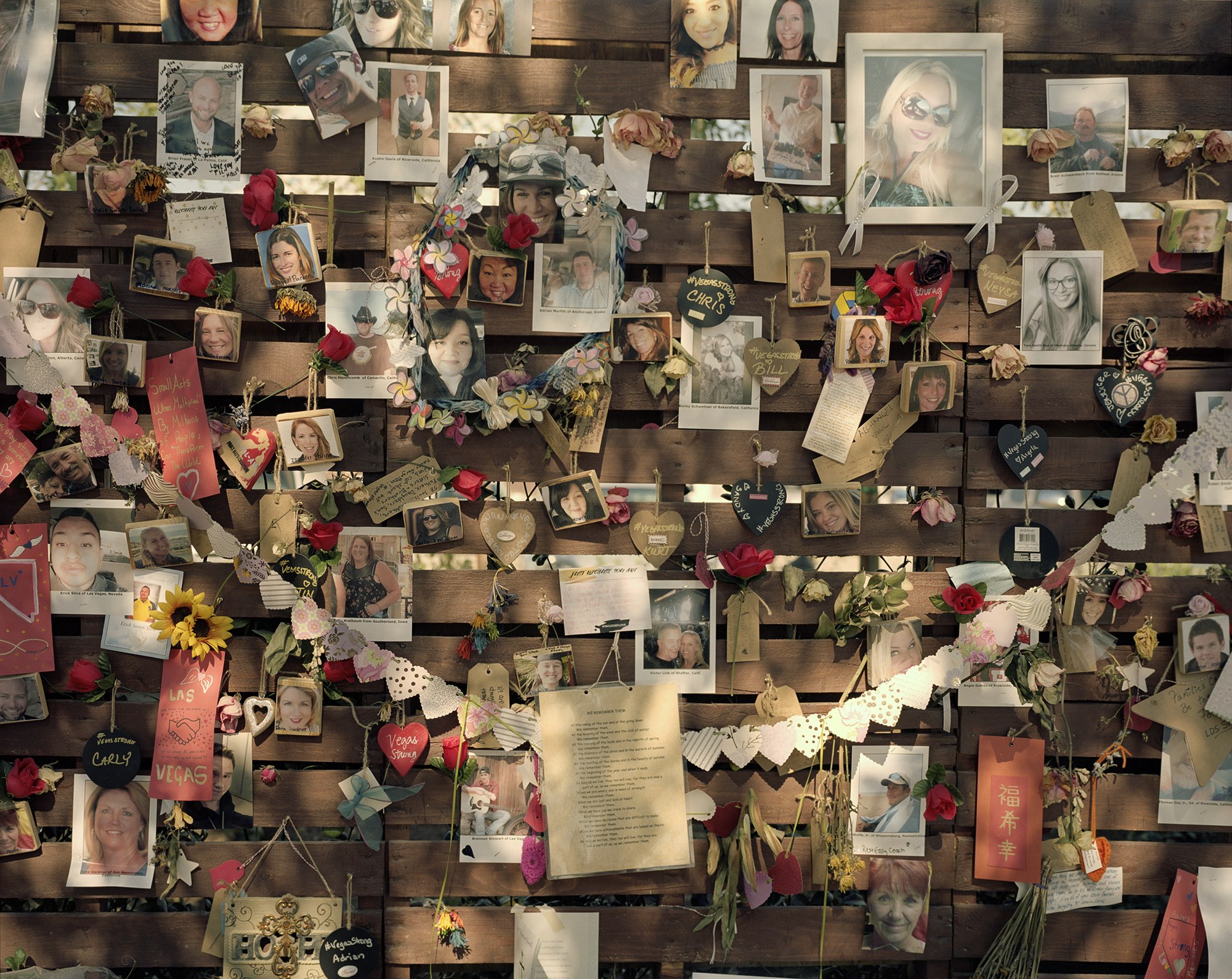 The ‘golden hour’ – when the sun goes down at the end of the day – is always a good time for reflection and peace-making. It is a special time in many places, but nowhere I’ve been is so magical in the light of the dusky setting sun than when looking out behind the mountains in Las Vegas with the neon starting to glow. I found myself drawn, like hundreds of others, towards the emblematic sign at the beginning of the ‘strip.’ Tourists and mourners alike were mixed together while paying their respects to the dead. I have never witnessed such a paradox, people jumping in the air taking selfies on their phones while others lit candles and said prayers.

Despite everything that Vegas has been through it still manages to give people a feeling of hope. It’s what they call the American Dream. I plan to return at the end of this month. 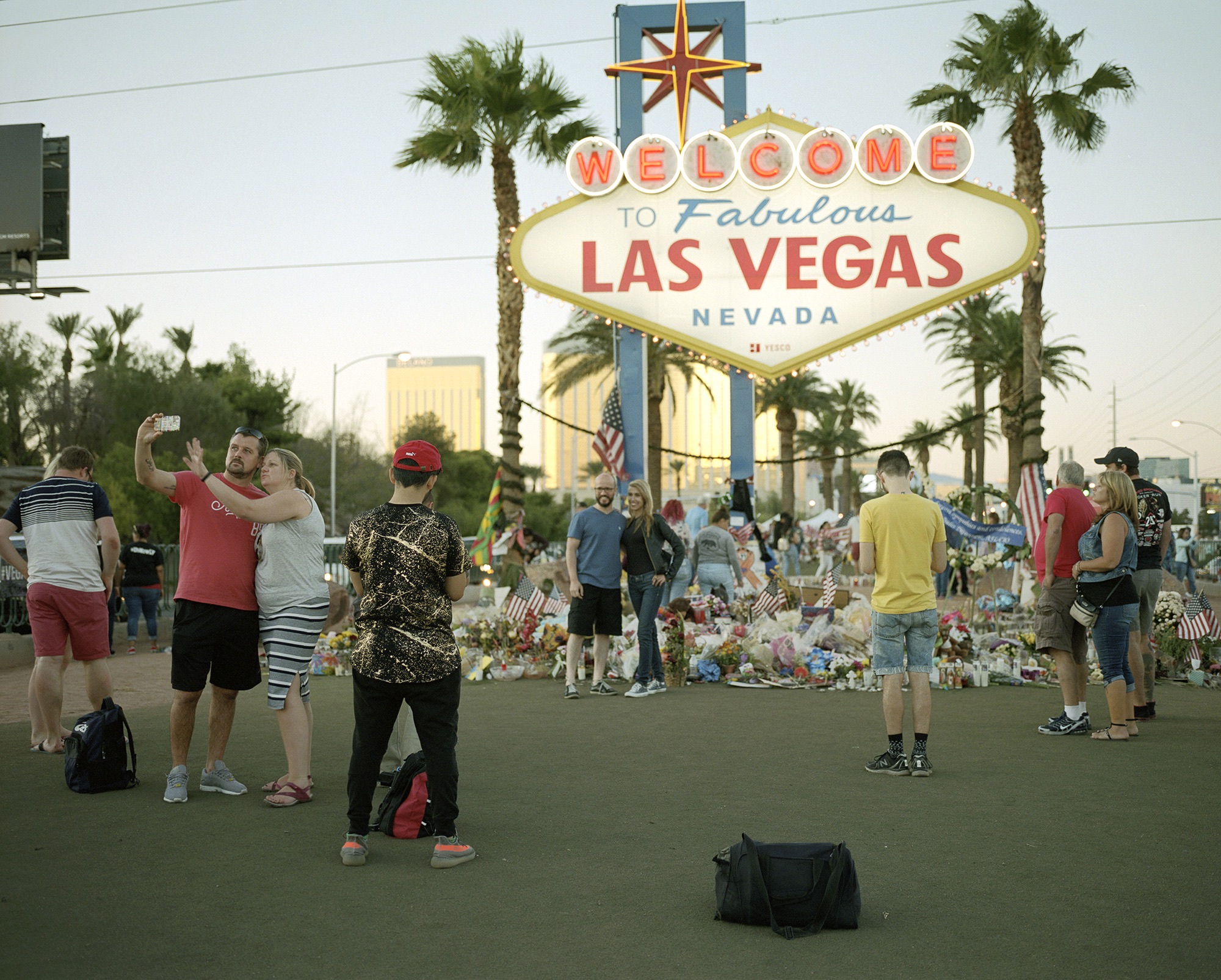 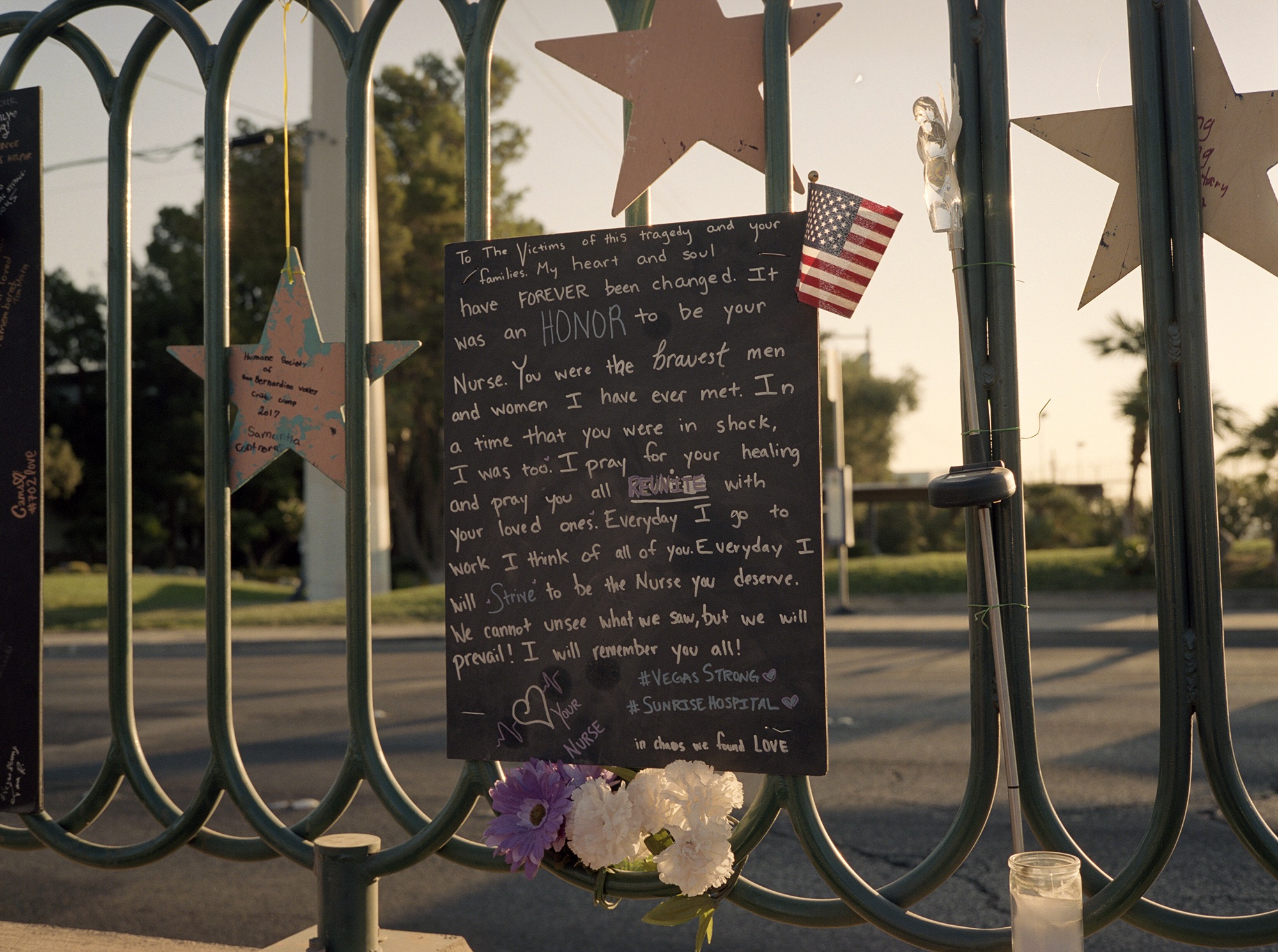 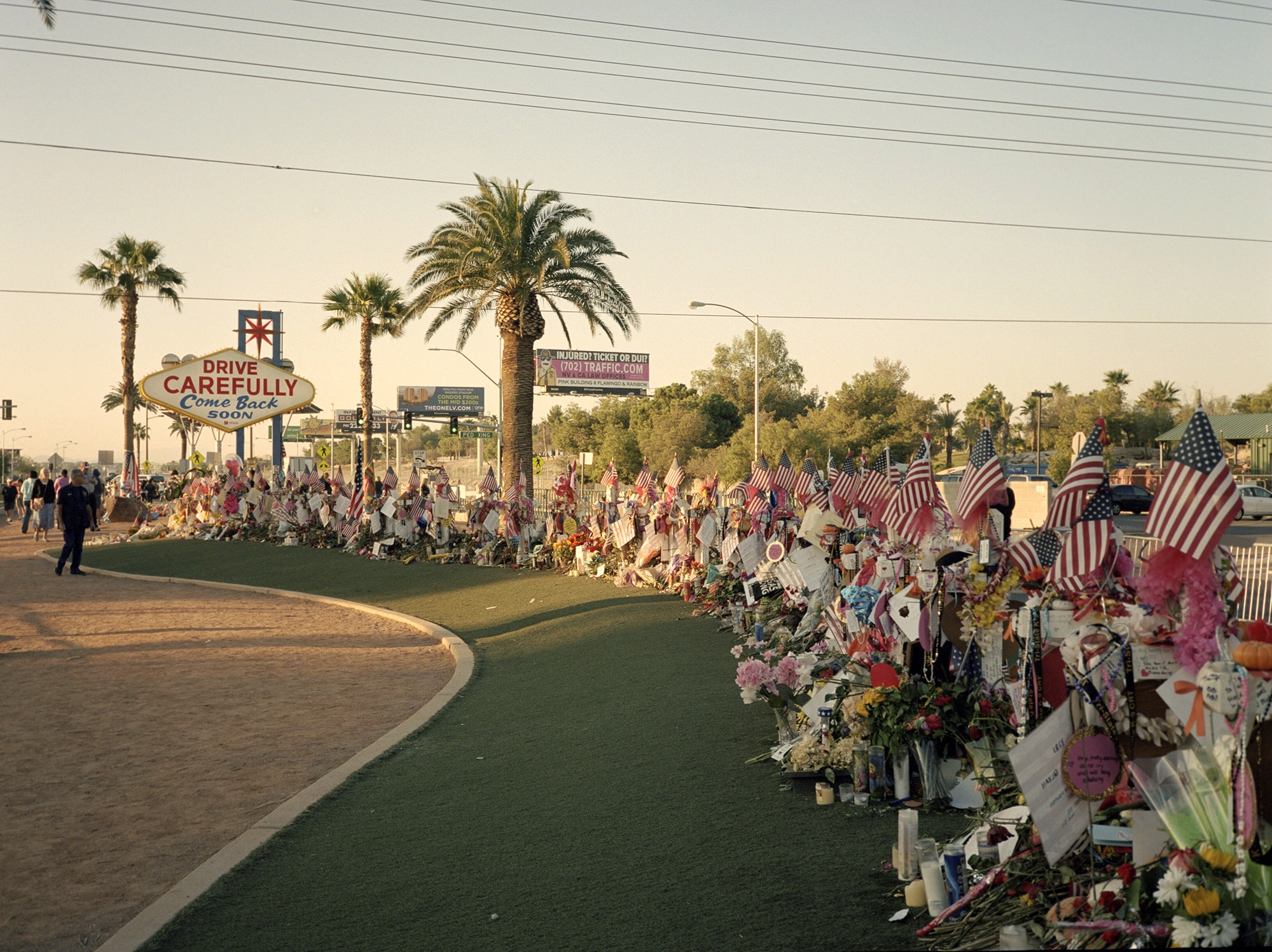 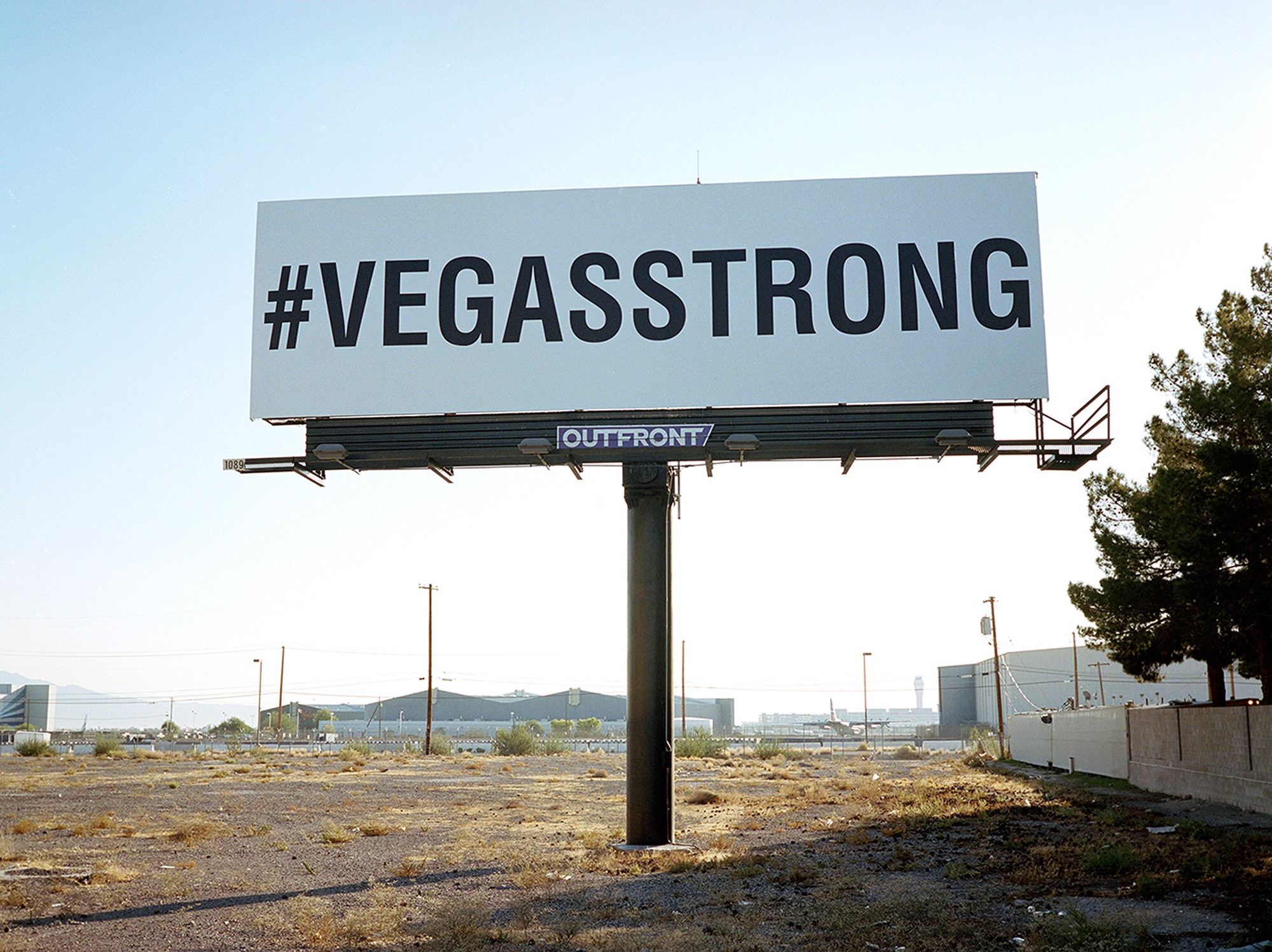 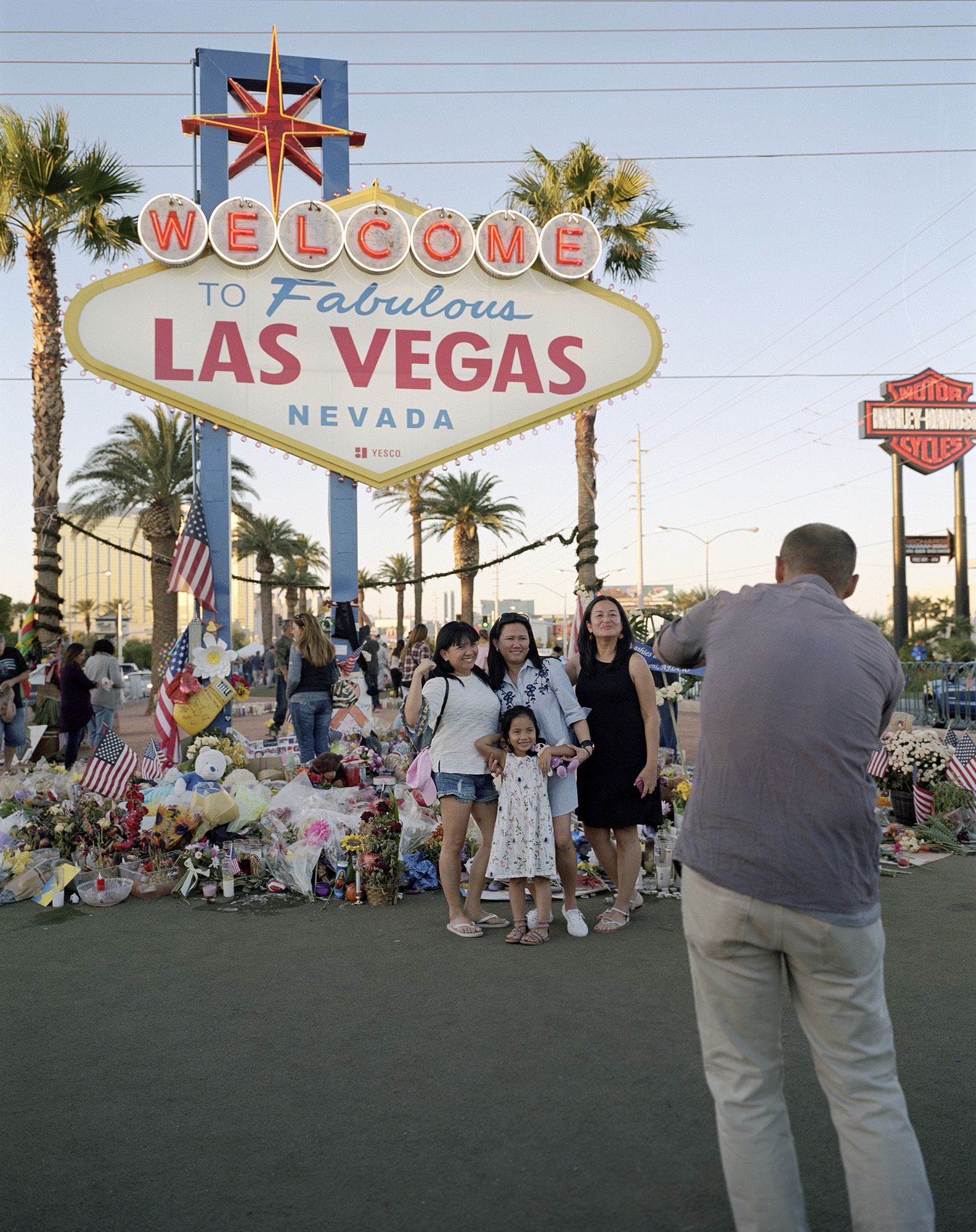 Linkedin
RELATED ARTICLES
OTHER ARTICLES
Activists and campaigners are fighting back against new laws that would seriously undermine the ability to take industrial action, calling it an attack on fundamental workers' rights.
A new film from Berghaus traces the story of Adam Raja, who left behind a turbulent upbringing to discover the healing power of climbing.
The action took place in response to the 200 asylum-seeking children who were placed in hotels run by the Home Office who have gone missing.
After fleeing the war in Ukraine, people are finding it impossible to secure affordable and decent housing in the UK.
Since 2007, Gideon Mendel has made 20 trips to document floods in 13 countries. The result is an alarming record of what has already been lost to the climate emergency.
Theo McInnes’s photos of the annual event provide an intriguing snapshot of contemporary Britain.