Travel / 13 treehouses you will not believe exist 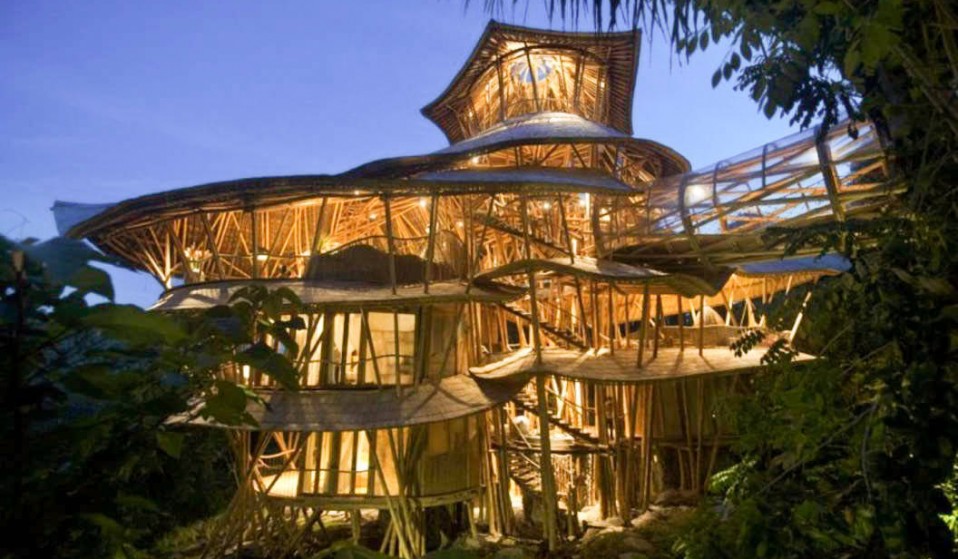 The Duchess of Northumberland is paranoid Kew Gardens has copied her treehouse designs but the real revolutionary woodland homes exist elsewhere.

The Duchess of Northumberland is paranoid Kew Gardens has copied her treehouse designs but the real revolutionary woodland homes exist elsewhere.

The Duchess of Northumberland is apparently having kittens because Kew Gardens have ‘copied’ a tree walkway idea she planned to add to her decadent treehouse at Alnwick Castle in Northumberland.

Not exactly in the spirit of treehouses. Excuse us if we’ve missed the point but isn’t the world big enough for as many treehouses, and tree-top walkways, as the heart desires?

In order to prove that point, here are some of our favourites, from every corner of the globe. 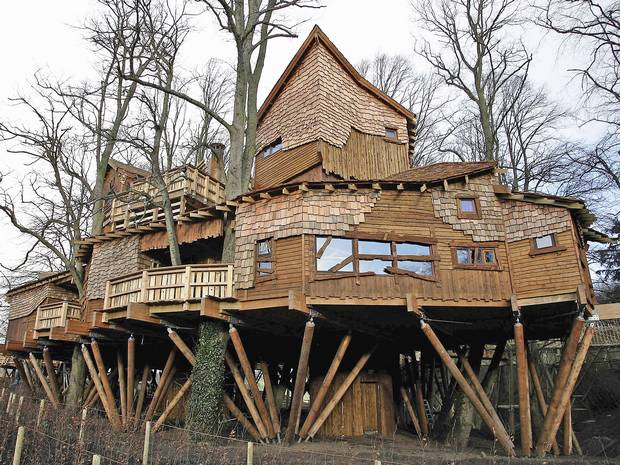 North Carolina, USA
Huck contributor Mike Belleme used to live in this treehouse in North Carolina. We coaxed him out of it and flew him to Miami to shoot the Cat Power issue of Huck. 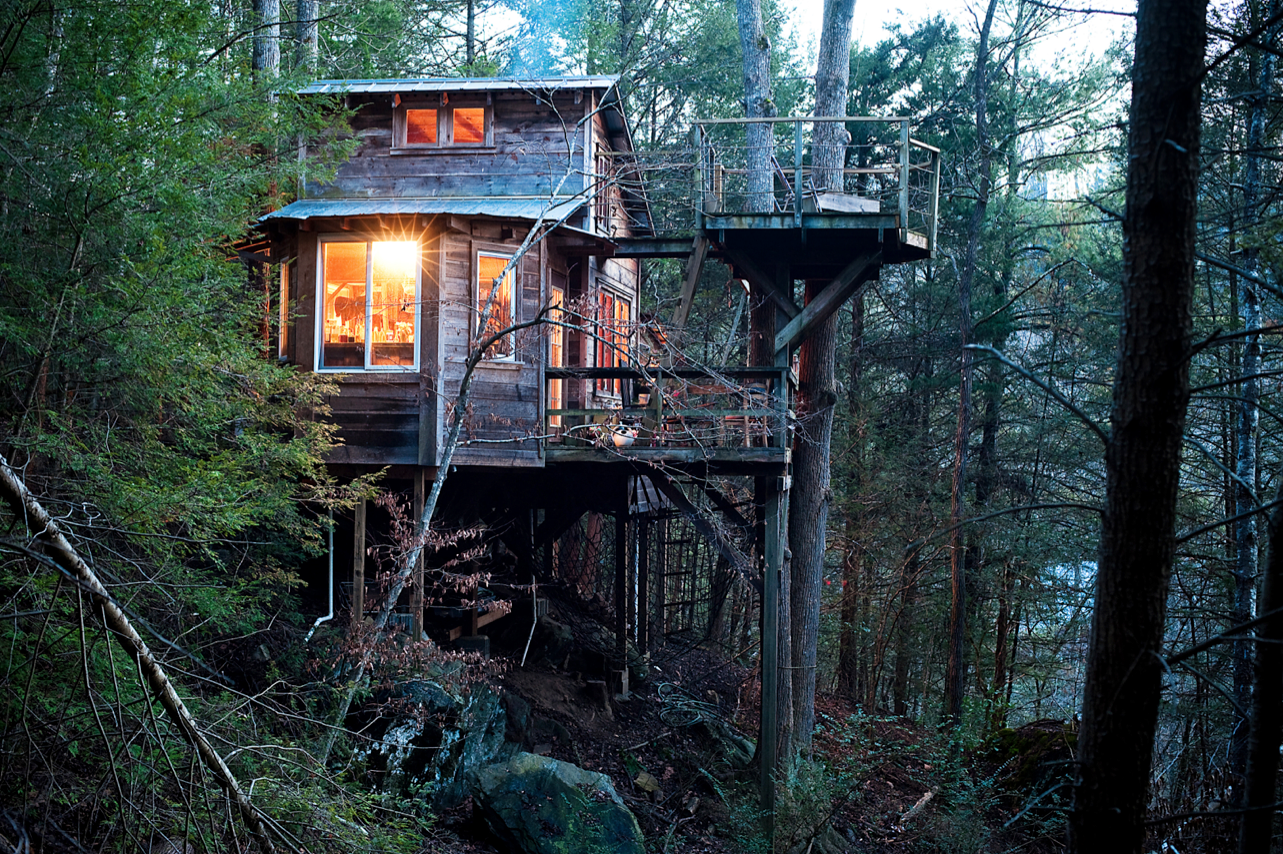 Banos, Ecuador
‘Swing at the End of the World’ in Banos, Ecuador, over the edge of a clip with a 2660m drop and a view of Mt. Tungurahua, the active volcano in the near distance. Know as Casa del Arbol or “The Treehouse”. 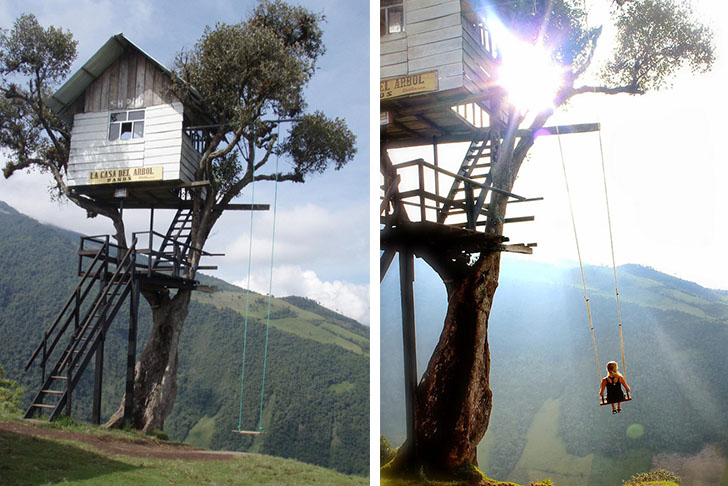 Sierra Nevada, Spain
A humble treehouse between the native oaks of the Nature Park Sierra de Huétor, available to rent through Airbnb. 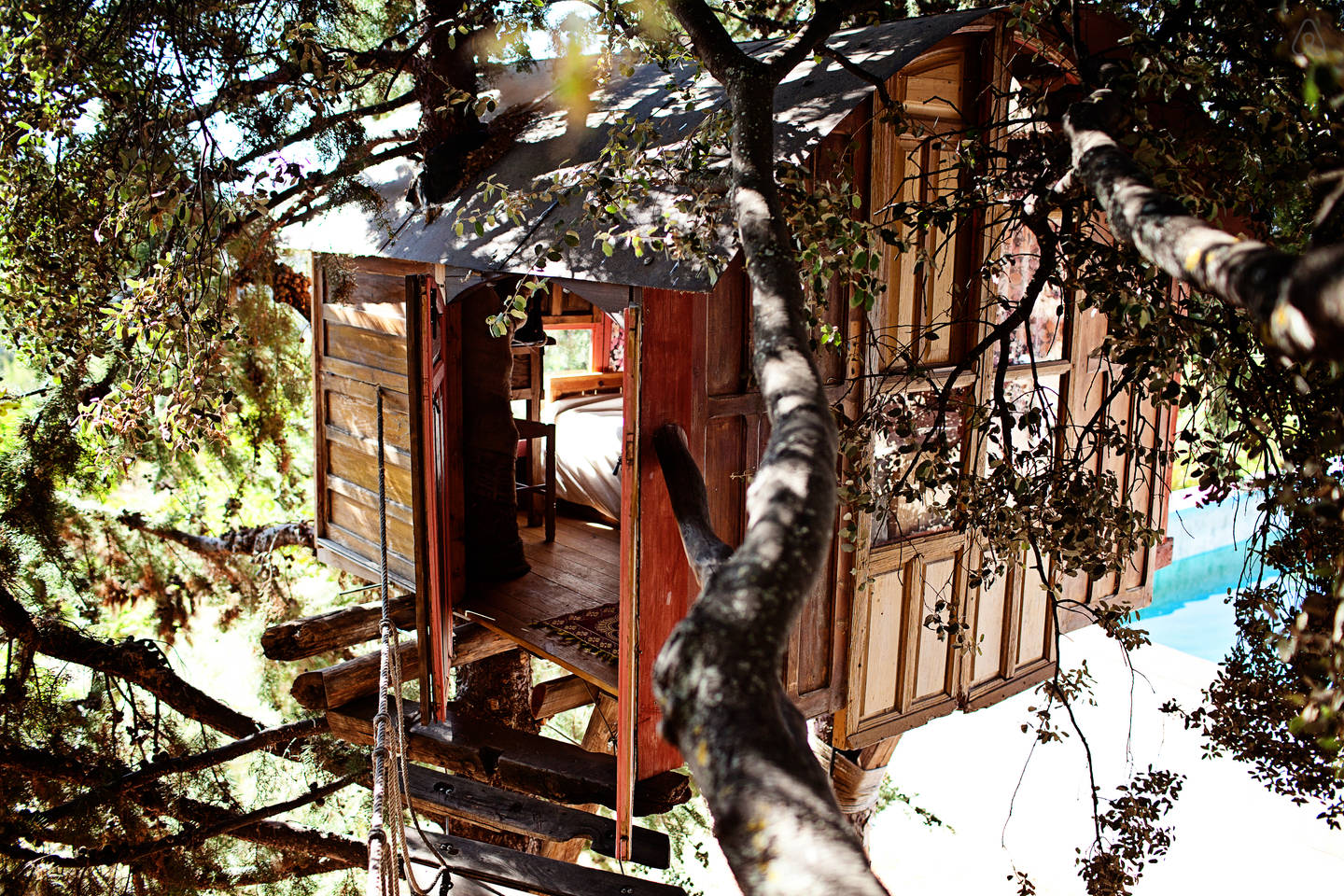 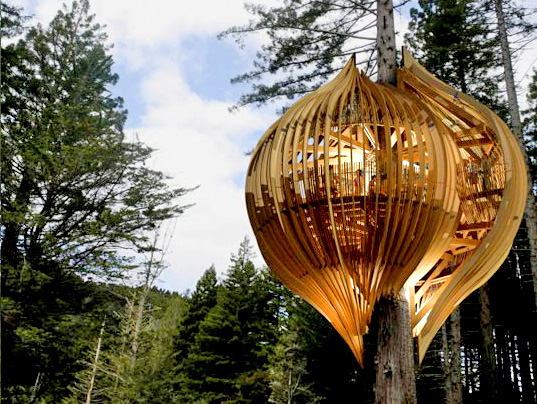 Harads, Sweden
The Mirrorcube is an exciting hide-out among the trees, camouflaged by mirrored walls. 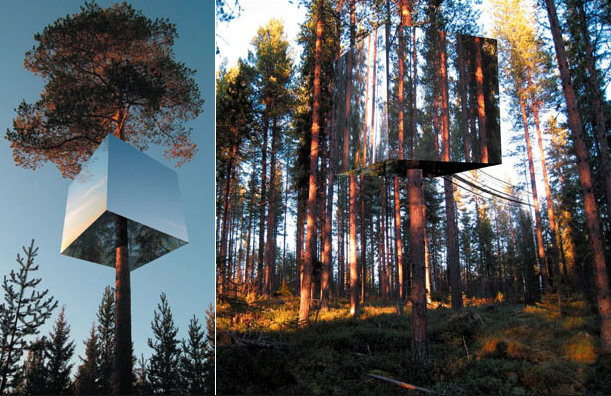 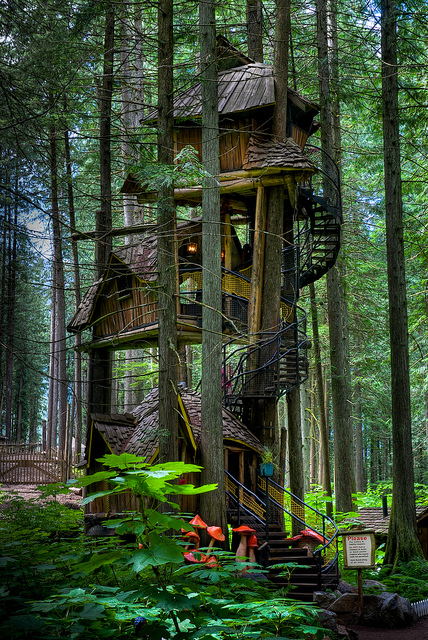 Devon, UK
A luxury treehouse built in the grounds of the Fox and Hounds hotel in Devon. 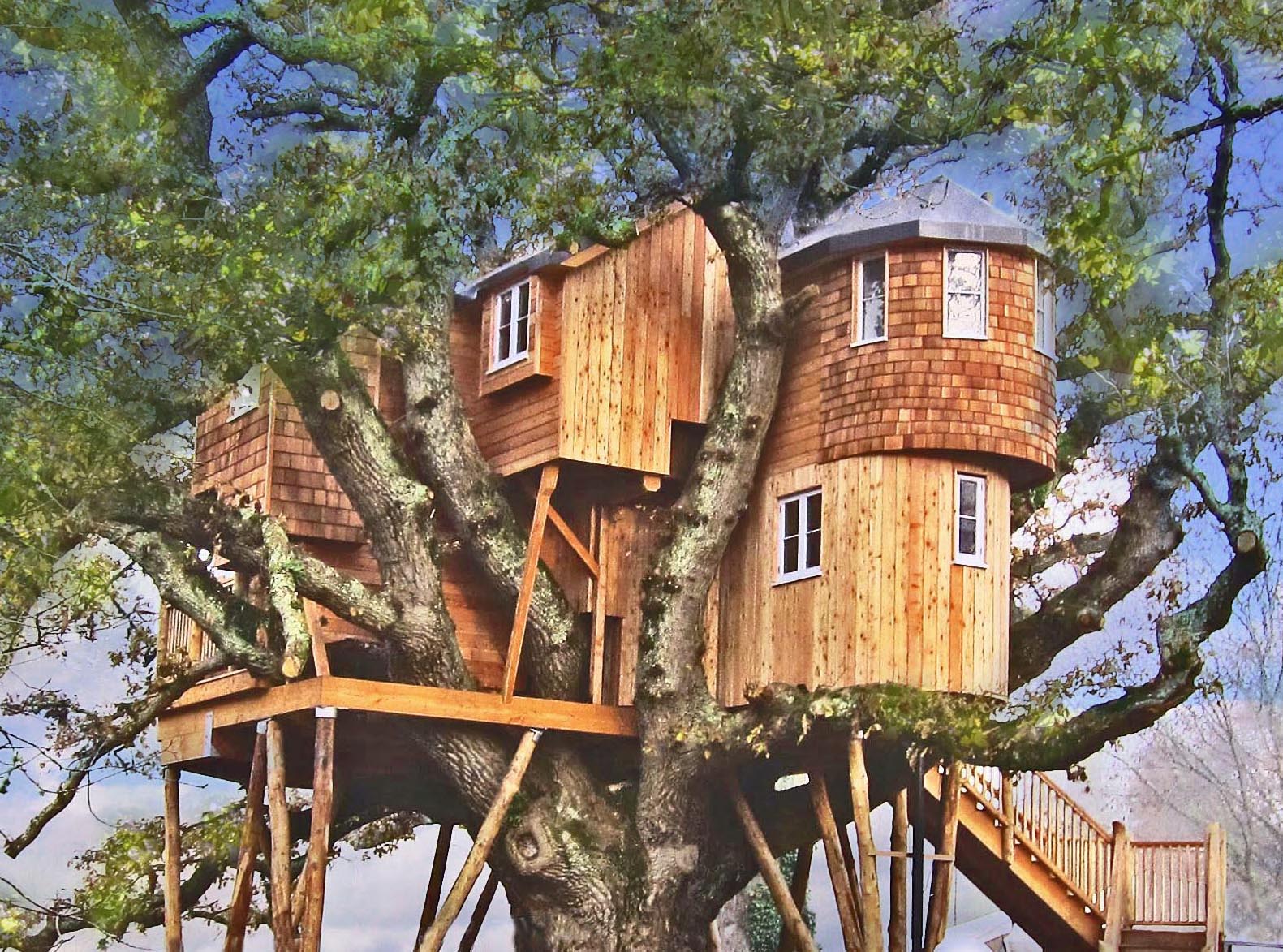 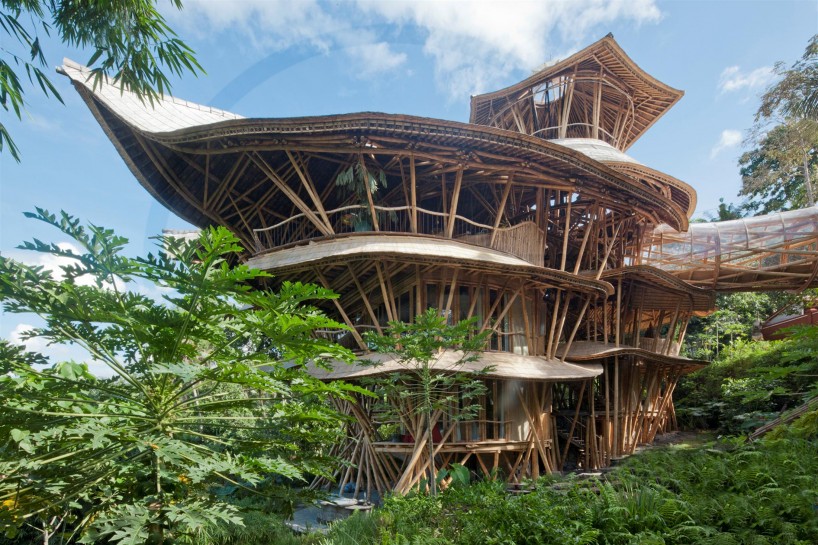 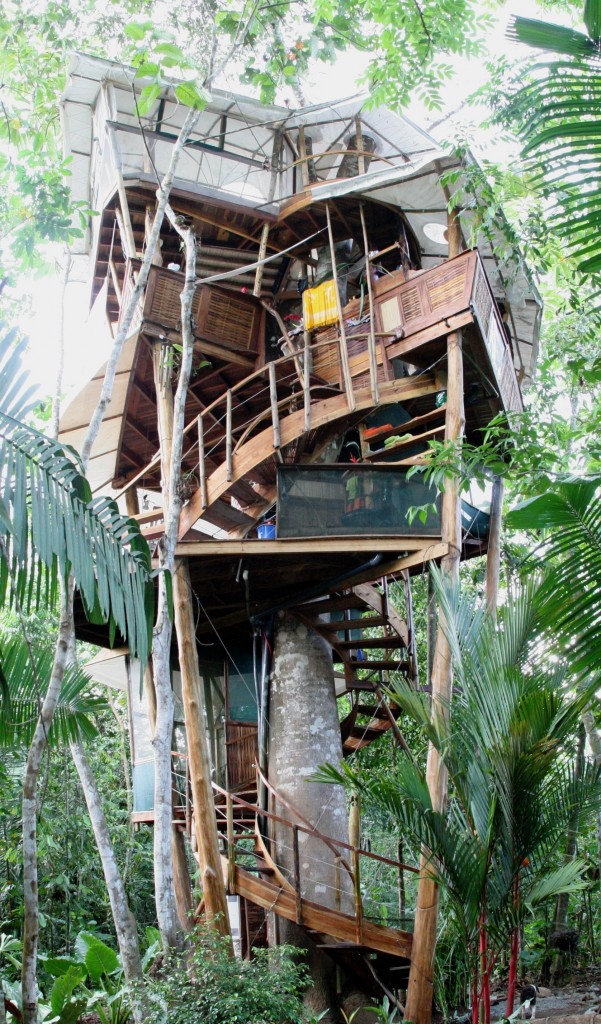 Anywhere, the world
Okay technically not a treehouse but if you can float it through the waterways of the world, I’m sure you could mount it on a tree and LOOK at it! Too pretty not to include this incredible floating house built out of salvaged materials by street artist Swoon. 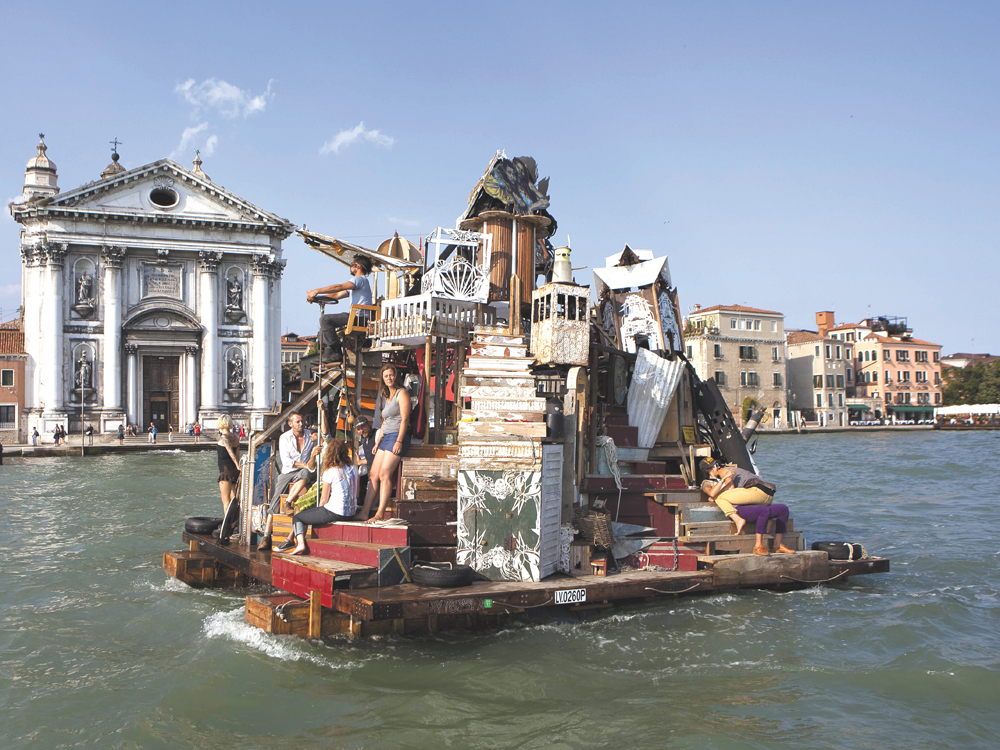 Linkedin
RELATED ARTICLES
OTHER ARTICLES
Second up in our Answers On A Postcard series, a visual q&a where photographers answer questions with their images, is Canadian farmhand Alana Paterson.
Wanderlust travels from the beaches of Portugal to the mountains of Mexico in photographer Adrian Morris' otherworldly portfolio.
Documentary photographer Mike Belleme on the things that inspire his unique lens on life.