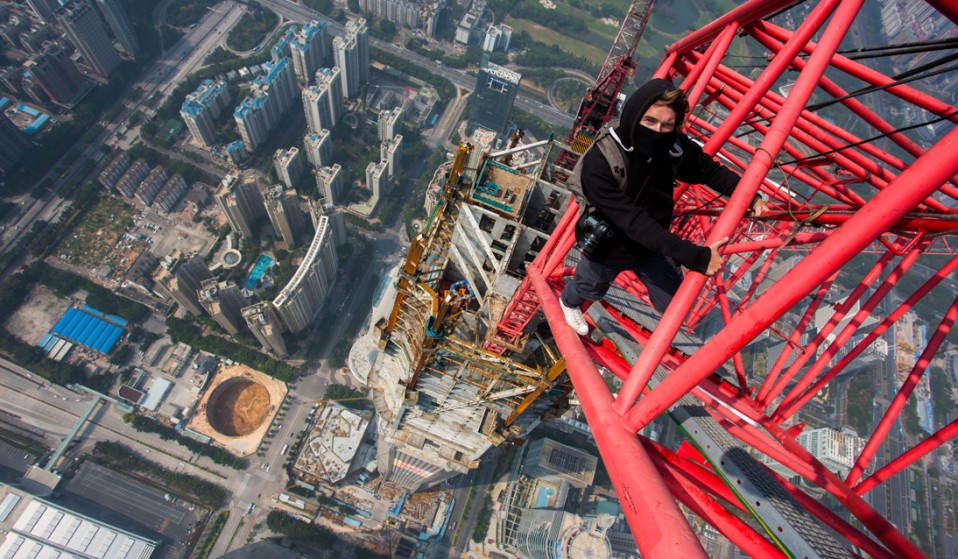 Vitaliy Raskalov overcame his fear of heights by scaling the world’s tallest buildings, ignoring any need for safety. But now that he’s reached the top of his game, the 24-year-old adventurer wonders if the real goal has been right in front of him along.

It’s 1am in New York City when Vitaliy Raskalov hops over a wall and slinks into the construction site of a skyscraper. Along with two friends, the 24-year-old scuttles past piles of iron and wood covered in tarp, keeping his shadow low to the ground as they dash towards a concrete stairwell.

The 290m-high building won’t officially open until 2018, making this the perfect opportunity for what Vitaliy does best: sneaking his way to the most commanding views in the world. 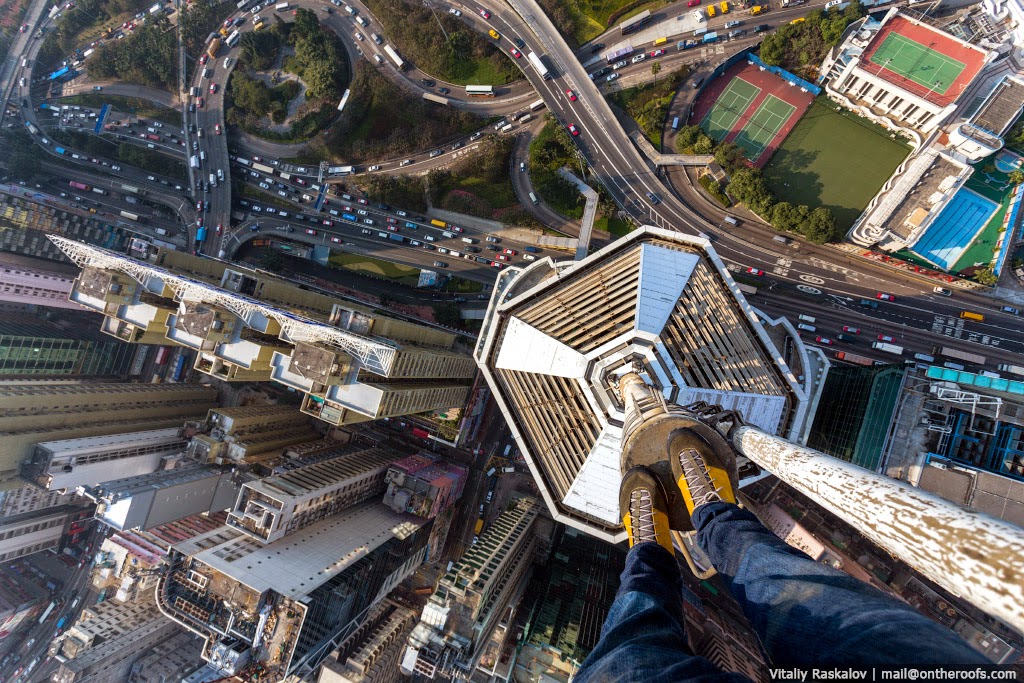 “Security is always the hardest part,” he says. “There’ll only be a few guards on a construction site in the US, but they have a lot of motion-sensor cameras and you have to be smart to cheat that system.”

In this case, avoiding surveillance means climbing out onto the building’s unfinished exterior, crossing beams one foot at a time as the city shines below, then scaling the scaffolding until it’s safe to come back inside.

Four hours later, just as dawn breaks over Manhattan, Vitaliy finally pulls himself to the top of a crane extending from the tower… only to realise there’s one last camera pointing right at him.

“Fortunately for us it hadn’t been connected yet,” he says now, six months on. “I think if I climbed that place a few days later, they would have caught me.”

Vitaliy has spent the past seven years pulling off similar feats at landmarks like the Eiffel Tower, Christ the Redeemer in Rio and the Great Pyramid of Giza. He even climbed 650m up the unfinished Shanghai Tower, a building so tall that a change of weather stranded him above the clouds.

One picture he took (featured below) may look like it’s taken from an airplane, but the tops of those two buildings – Shanghai’s World Financial Centre and the Jin Mao Tower – were all that could be seen. 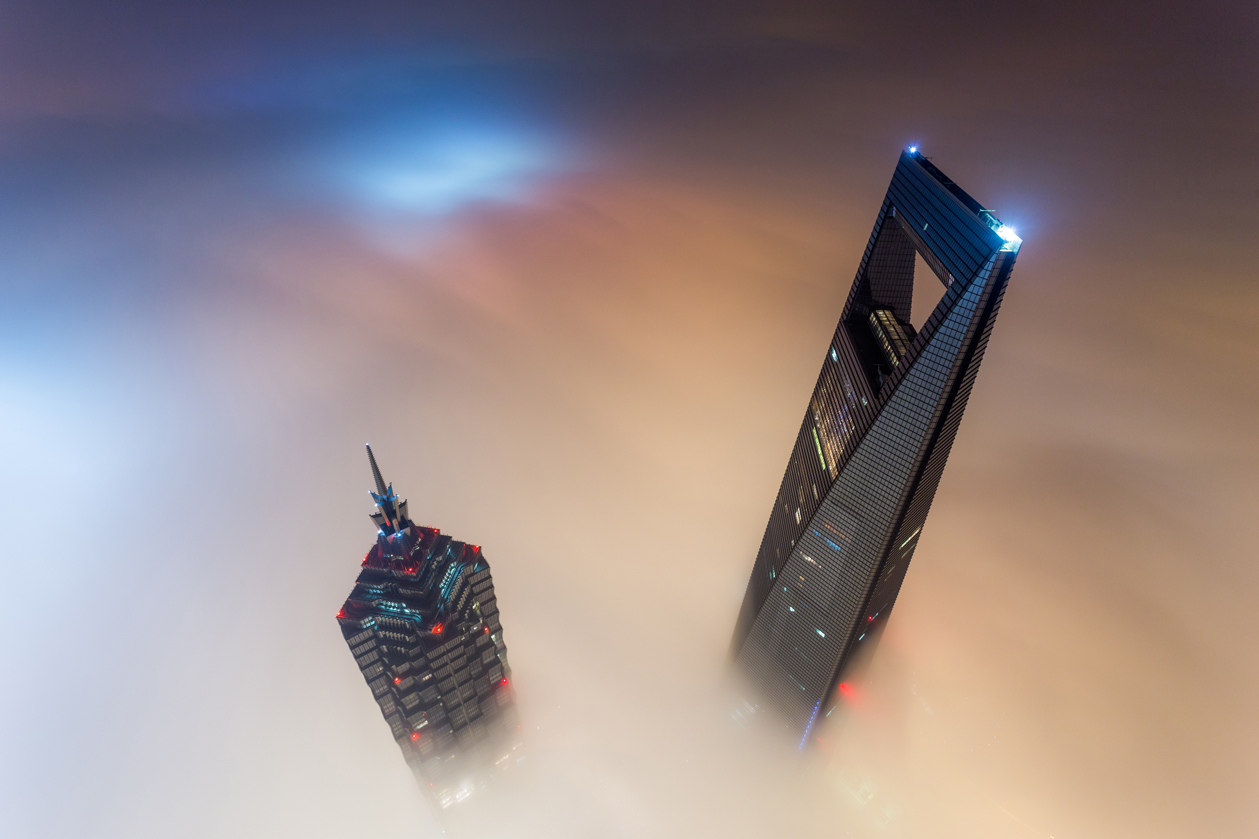 “We sat there for 18 hours waiting for it to clear up so we could climb down again,” he says. “The amazing part was that it rained on all of Shanghai that day – except for us.”

What makes viewing particularly hard is that he doesn’t use safety equipment. Instead he takes only a camera phone, a selfie stick and a GoPro strapped to his head, usually climbing in the same clothes he’d wear on any given day.

“There’s no special technique,” says Vitaliy, who’s originally from Kiev but moved to Moscow at the age of 12. “I guess it’s always been a case of… if I know I can’t do something, then I want to do it. And that all started because I was scared of heights.”

As a teen, he remembers being on the roof of a nine-story block of flats and shuddering at the sight of his friends sitting along the edge, their legs dangling over the side.

In 2009, Vitaliy dropped out of his journalism degree, bought a camera and began exploring with it. One day, when two friends took him to another rooftop, it felt like the camera gave him a reason to be there, like the lens kept everything at a safe remove. “And so I thought, ‘Wouldn’t it be cool to confront my fear through photography?’” 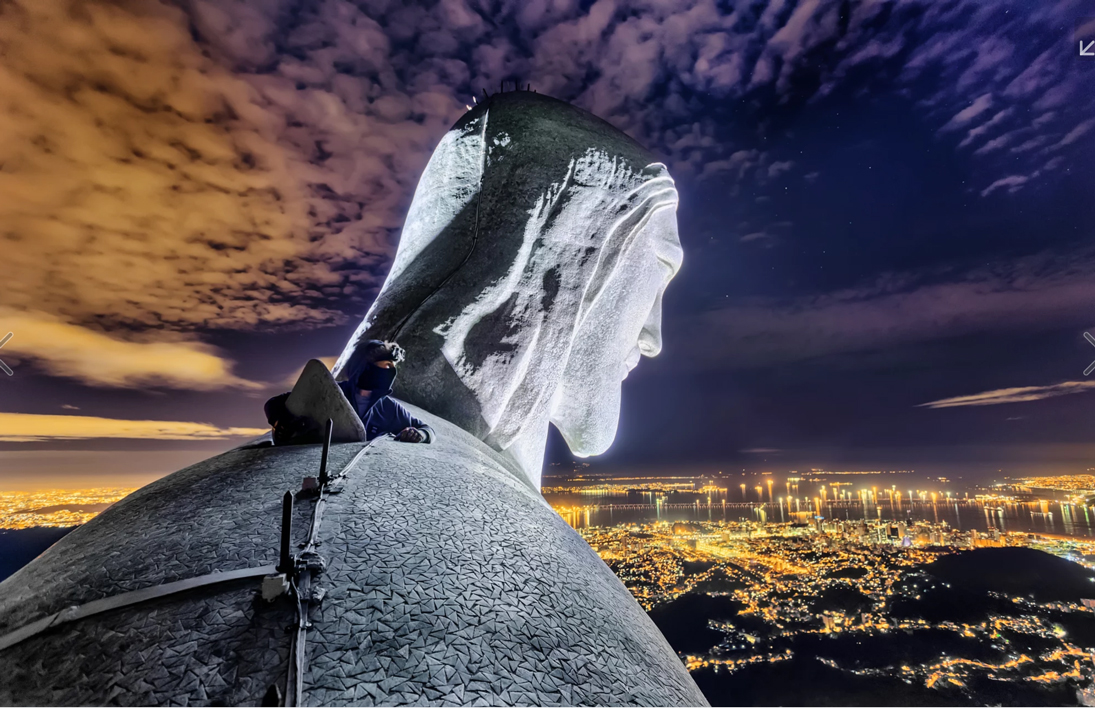 One residential building followed another until Vitaliy decided to up the stakes by climbing the outside of an abandoned TV tower – a moment he credits as the breakthrough that beat his fear.

Together with Vadim Makhorov, an urban climber he met on a suspension bridge, the pair challenged themselves to tackle bigger and riskier structures all around the world.

But the more their notoriety grew, the harder it got to outsmart authorities. There were close-shaves in Egypt, Chicago, Shanghai and Dubai – all of which required either a stroke of luck or a bribe to get them out of trouble.

Vitaliy relays these adventures in succinct sentences, his matter-of-fact tone suggesting there’s nothing odd about risking your life to take selfies.

“I don’t do any stupid stuff like hanging off a building with one hand,” he says. “I made a mistake in New York where I almost fell… and that was a pretty scary moment, but that’s only happened two or three times in all my experience. I drive a motorbike in Russia and, believe me, that’s much more dangerous.”

At first, Vitaliy’s family were worried sick about his hobby. But as he built up an online following and attracted commercial opportunities – sponsorships from mobile companies, camera makers and even airlines – they could at least see some point in it. Still, it was only ever a means to an end, even if that didn’t always seem obvious. 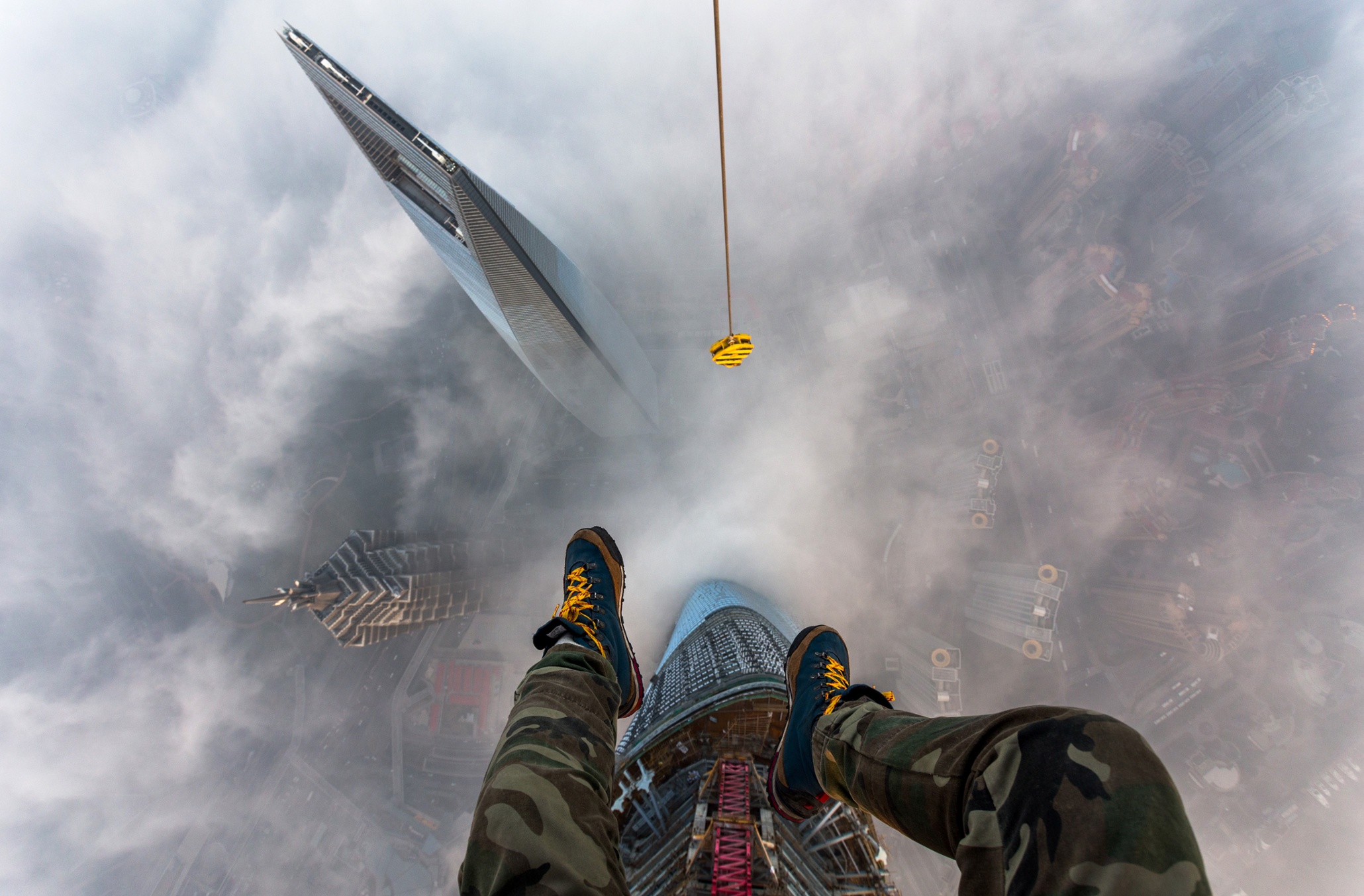 “From the start, the focus has been about photography and seeing the world,” he says, speaking from an airport in Moscow. He’s boarding a flight to Namibia, where he’ll lead a group trip that mixes adventure tourism with photography tutorials – a direction much more in sync with his long-term aspirations.

“The whole idea was to show people a different side to these places, and now that I’m finding new ways to do that…” His voice trails off.

“I can’t do this [climbing] forever. I’m actually almost done with it. Vadim [his climbing partner] is married now and moving into commercial photography. On the last climb in July, I thought, ‘Maybe this is it.’ At some point, if your dream becomes a reality, you should be able to enjoy it. And I’m pretty happy with how everything’s going right now.”

Linkedin
RELATED ARTICLES
OTHER ARTICLES
Photojournalist Fiora Garenzi spoke with people still living in Eastern Ukraine, an area which seen some of the heaviest fighting since the war began.
A sharp increase in officers armed with the electrical weapon is resulting in serious injuries and deaths.
With the UK now set to run out of vaccines, people working in the sex industry – particularly outside of major cities – have been left especially vulnerable, reports Brit Dawson.
As the Criminal Bar Association enters its fifth week of action, criminal barrister Russel Fraser explains why the legal professionals have walked out and how action is likely to escalate.
Steel City is often overlooked when it comes to the country's cultural radar despite its role in shaping electronic music.
With the virus now a global health emergency, we must take steps to fight misinformation and demand a swift UK-wide vaccine roll out, writes Phil Samba.