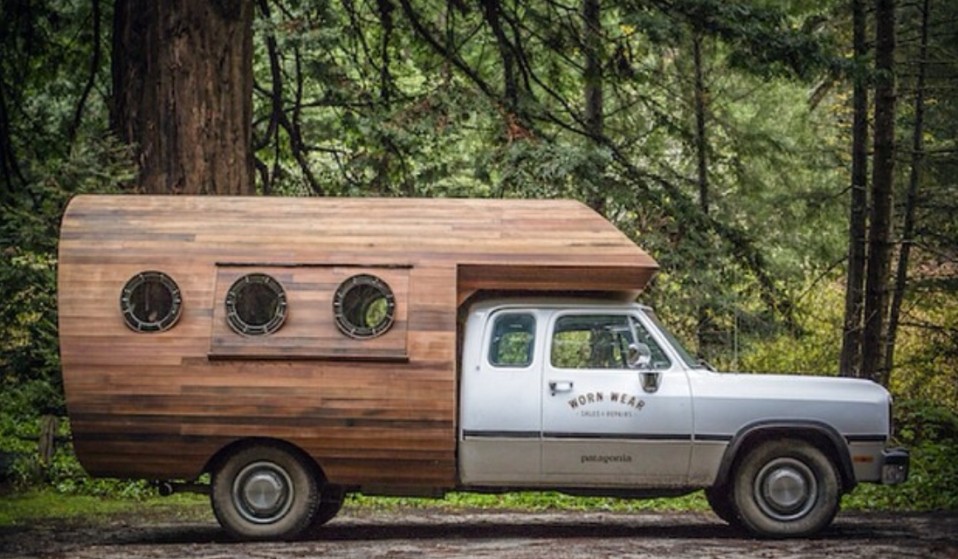 Inspiring vanlifers who have packed up their lives and hit the road in search of new frontiers.

Catching up with our favourite and most inspiring vanlifers, including artist Jay Nelson, photographer Foster Huntington, surfer Rob Machado and filmmaker Cyrus Sutton.

People have been jumping in campers and heading out on adventures for decades, but nobody does it with quite as much style as artist Jay Nelson. Long before social media and before photographer Foster Huntington coined the #Vanlife hashtag, Jay was modding battered old vehicles, attaching marvellous, wooden living quarters and creating his own ‘temporary autonomous zones’ to hit the road and explore the world.

In Huck 51 – The Adventure Issue, we caught up with Jay at his home in Ocean Beach, San Francisco to find out more about what inspires his whacky, wanderlust creations; from his very first treehouse, through boats, cycle-campers, scooters and vans, to his new Suzuki jeep camper for Foster. 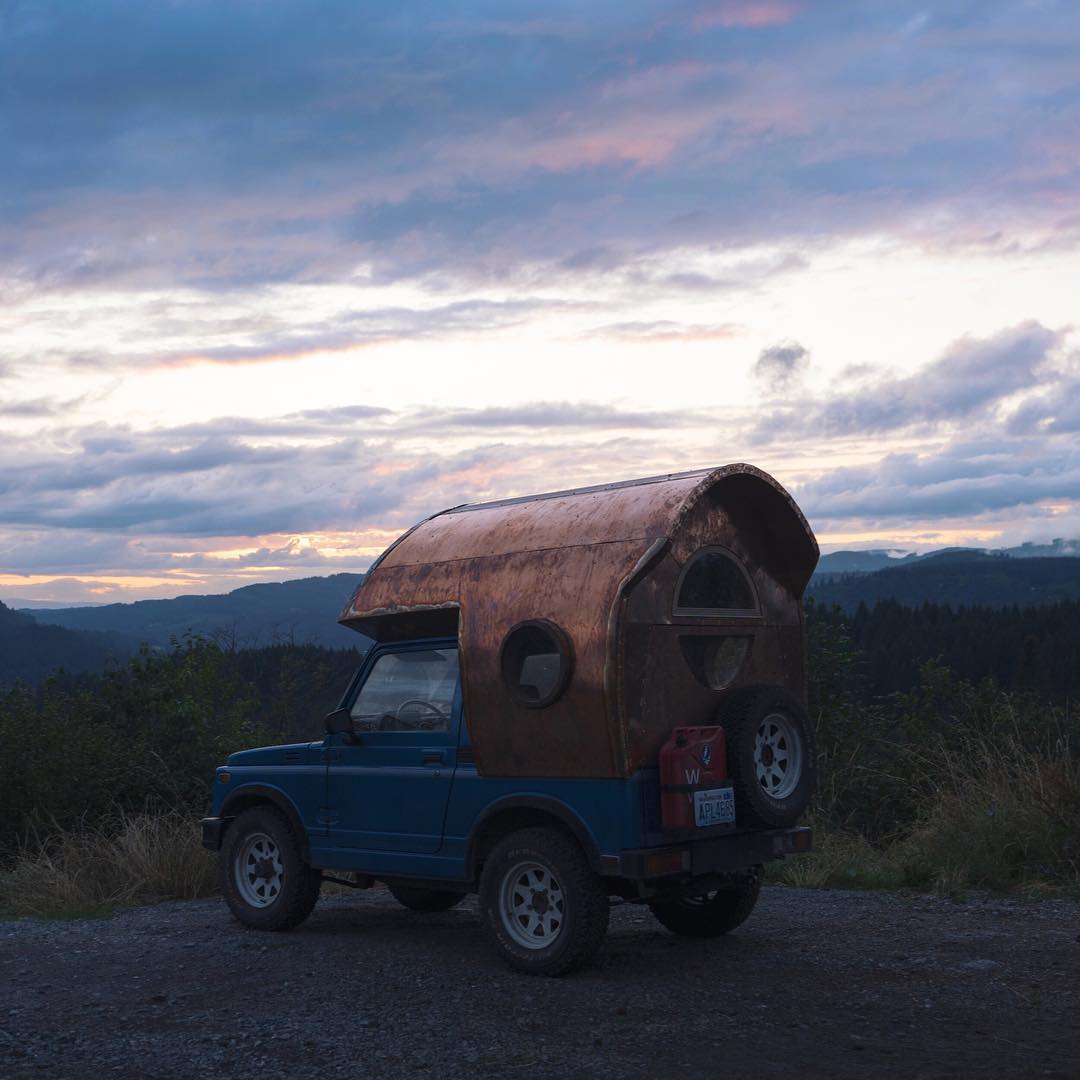 We learned how Jay designed and built the interior of San Francisco’s Mollusk Surf Store, how anarchist writer and poet Hakim Bey’s theory of ‘temporary autonomous zones’ inspired his early adventures, and above all, for Jay, how adventures only really kick off when things begin to go wrong. 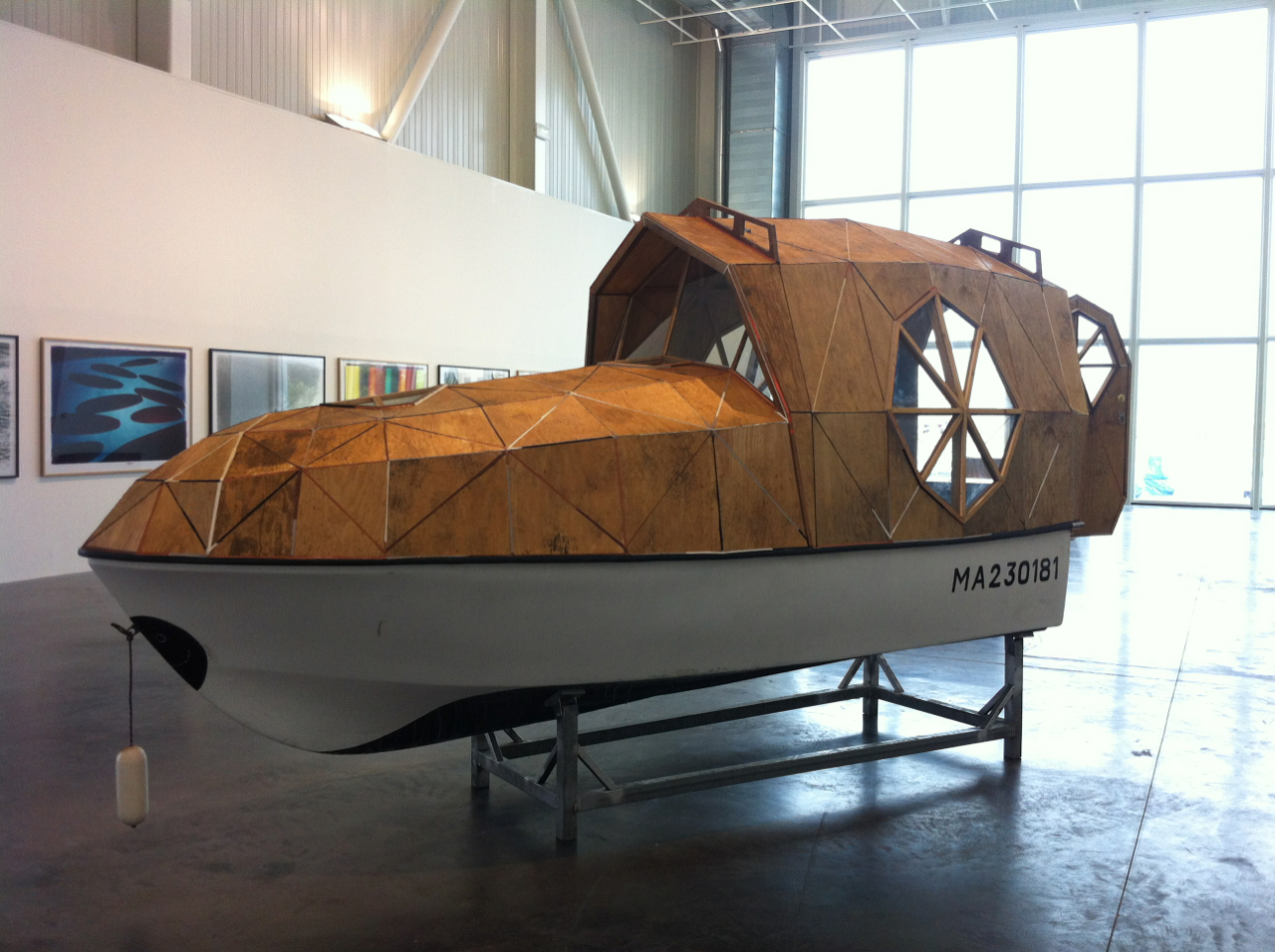 Huck’s vanlife playlists celebrates all those who have packed up their lives and hit the road in search of new frontiers.

The Wanderlust of #Vanlife

When photographer Foster Huntington created the #vanlife Instagram hashtag in 2011, he helped bring a disparate, nomadic community together to share their experiences and inspire others to embark on similar journeys. In this beautiful short, The Atlantic catches up with Foster and other #Vanlife practitioners to find out why they chose to jump in clunky old vans and leave their regular lives behind.

If you need a whacky adventure vehicle, whether that be a bike, a boat or a van, Jay is the man to call. Friend and professional surfer Rob Machado hit him up to create a customised pick-up truck, complete with wooden sleeping pod, for his wave-chasing adventures. To return the favour, Rob featured Jay in his awesome Through the Lens film series. 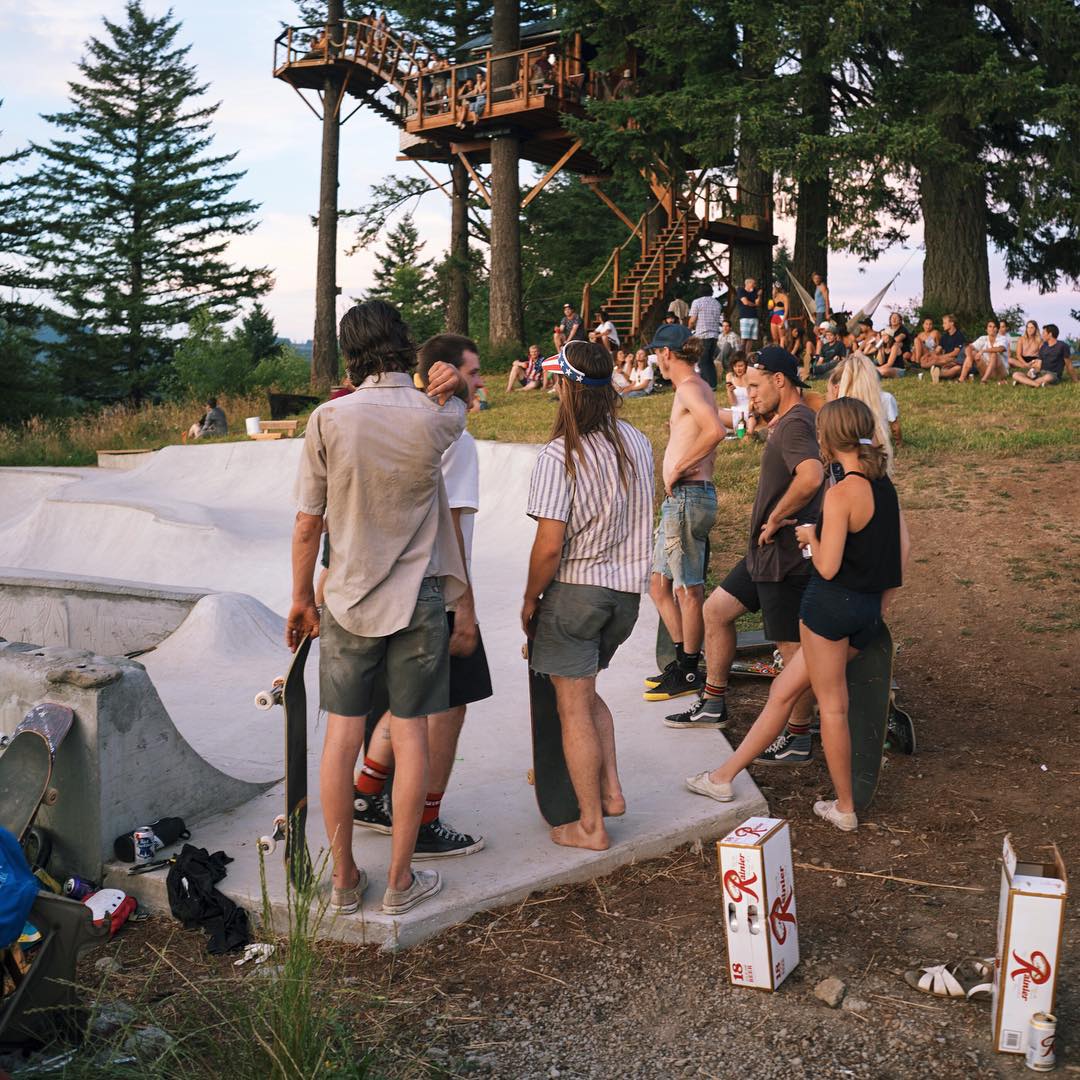 Photographer Foster Huntington didn’t create vanlife, but he lived it for years before creating an Instagram hashtag that brought the community together and helped it grow. He’s now the unofficial poster-boy-come-cheerleader for the movement, thanks to photobooks like Home Is Where You Park It and his awesome Instagram, which is the place to go for all things #Vanlife. After being on the move all the time, Foster now has an incredible home base: a treehouse with a hot tub and concrete skate bowl below. He documented the whole build process in his book The Cinder Cone, with an accompanying short film of the same name.

Surfer and filmmaker Cyrus Sutton translates the beauty and freedom of vanlife to film like nobody else. Compassing documents Cyrus’ two-month-long journey through Baja and mainland Mexico in a converted van, surfing, getting tubed, eating peanut butter and hanging with fellow wanderers Rob Machado and Kepa Acero. A shorter trip along the West Coast to drop in on friends like Eric Ethans, Lee Leatherman and Foster Huntington became the awesome short Friends in High Places (below).

Ferguson hit the Manchester party scene hard in the early ‘90s, then found a van, surfing and never looked back. This hilarious mockumentary from Crayfish films affectionately skewers all of #vanlife’s clichés, which helped it win the ‘Spirit Of The Festival’ award at London Surf Film Festival in 2013.

Check out our interview with Jay Nelson.

Read the full article from Huck 51 – The Adventure Issue. Grab a copy in the Huck Shop  or subscribe today to make sure you don’t miss another issue.

Linkedin
RELATED ARTICLES
OTHER ARTICLES
The Adventure Issue takes Huck’s search for an indie culture manifesto into uncharted territory.
With a surf film festival in London and a predilection for cold-water surfing, Chris Nelson finds adventure in unexpected places. Here he reflects on the wild tales of his life.
The Cinder Cone: A short film of a group of friends that spent a year building a treehouse with a skate bowl.