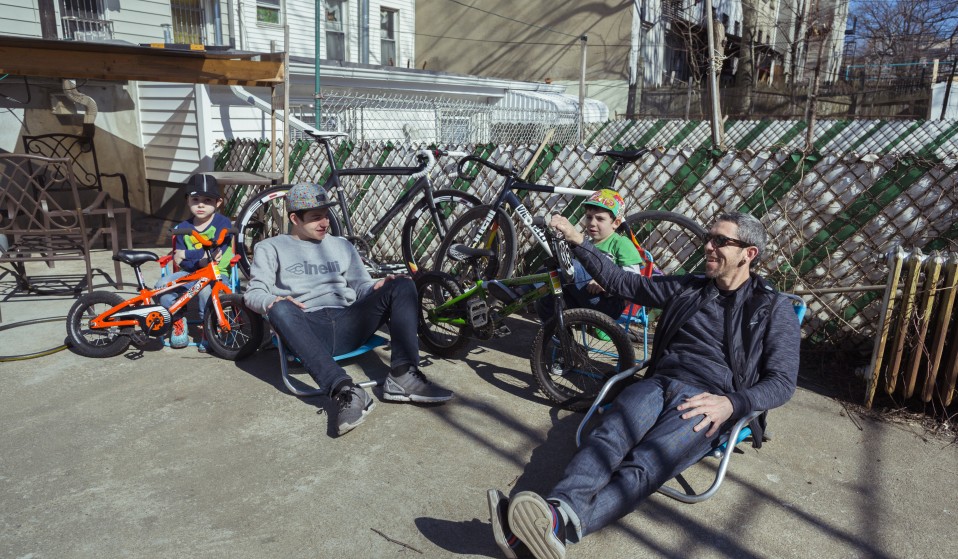 Cycle messenger and alleycat champion Alfred Bobé Jr is one of the fastest men on two wheels. Here are five videos about hitting the city at high velocity.

Cycle messenger and alleycat champion Alfred Bobé Jr is one of the fastest men on two wheels. Here are five videos about hitting the city at high velocity.

With his starring role in Lucas Brunelle’s alleycat documentary Line of Sight and unprecedented five victories in NYC’s Monster Track alleycat race, cycle messenger Alfred Bobé Jr might just be the fastest man in the city on two wheels.

“Now when I’m putting myself out there I feel like a Shaolin monk, but when I first came out I had a lot of anger and that translated into my style of riding, which was really on the edge, taking a lot of risks,” he explains in Huck Fiftieth Issue Special. “It was somewhat borderline psychotic.”

In which Alfred claimed his fifth MT title.

Making it all look easy

Ahead of his fifth Monster Track win in 2015, here’s Alfred on why no-one can get close to him.

As the Red Hook Crit rolls into London this weekend, this video from the Brooklyn event explains how its become the world’s biggest underground cycling event.

The film that helped make Alfred a household name.

A job that once had the lowest life expectancy in the UK attracts a diverse crowd. Here are some of their stories.

Whatsapp
OTHER ARTICLES
The increase in far-right attacks has been fuelled and validated by an unfiltered online world and an unmoderated media.
A new exhibition brings together a series of community portraits taken at a local store between the late ’80s and early ’00s.
Individual solutions will not solve this mess as long as energy companies still ravage the environment.
The 22-year-old talks dropping out of college, deleting social media and why writing is rarely a cathartic experience.
In his new project, Lost and Found, the legendary street photographer pays tribute to a city that was ‘rough, raw, violent and filthy’.
In the new episode of Joining the Dots, Don Letts meets Andrew Cotton to talk through his life in surf.