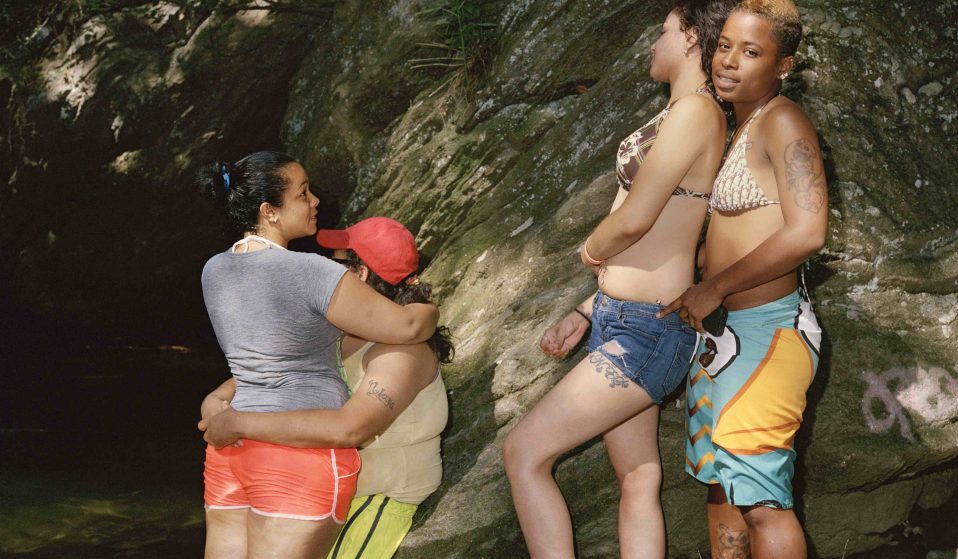 Over the years, a swimming hole in a city park has evolved into a magnetic meeting place for Philadelphians – a hideaway where people can connect with the natural landscape, and each other.

Over the years, a swimming hole in a city park has evolved into a magnetic meeting place for Philadelphians – a hideaway where people can connect with the natural landscape, and each other.

Wissahickon Park sits surrounded by city neighbourhoods, a sprawling public green space home to miles upon miles of trails. It’s one of the few remaining wild areas left in Philadelphia.

Make your way down one of these trails, following a creek that runs through a small valley, and you’ll eventually reach a waterfall. Here you can find Devil’s Pool: a local swimming hole decorated with thick woodland and seemingly ancient rock formations, set beneath a five-storey, high-arched bridge that shoulders an old sewer line. 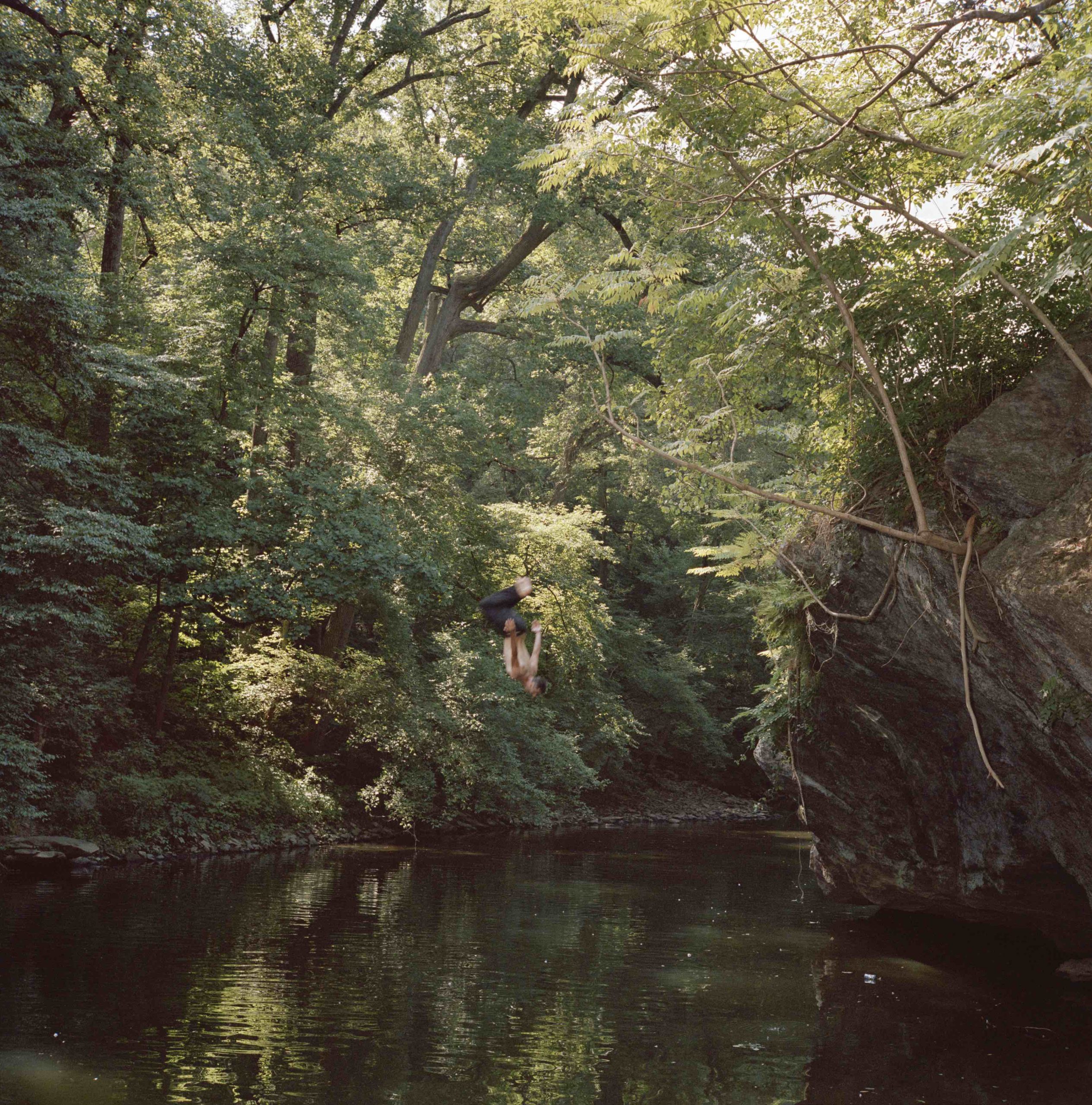 The spot is said to have been given its name from the Leni Lenape, an Indigenous people of the Northeastern Woodlands who believed Devil’s Pool to be an interface between good and evil. Today, it serves as a place for Philadelphians to come together in the water, despite the fact that both swimming and diving there remain – on paper, at least – illegal.

Photographer Sarah Kaufman grew up in Philly. She remembers hiking through Wissahickon Park and trips to Devil’s Pool, where she’d swim in the summer and slide down frozen waterfalls during wintertime. She would eventually move from her hometown – living in Richmond, VA, for grad school, then later Brooklyn, NYC – before making her way back in 2012. 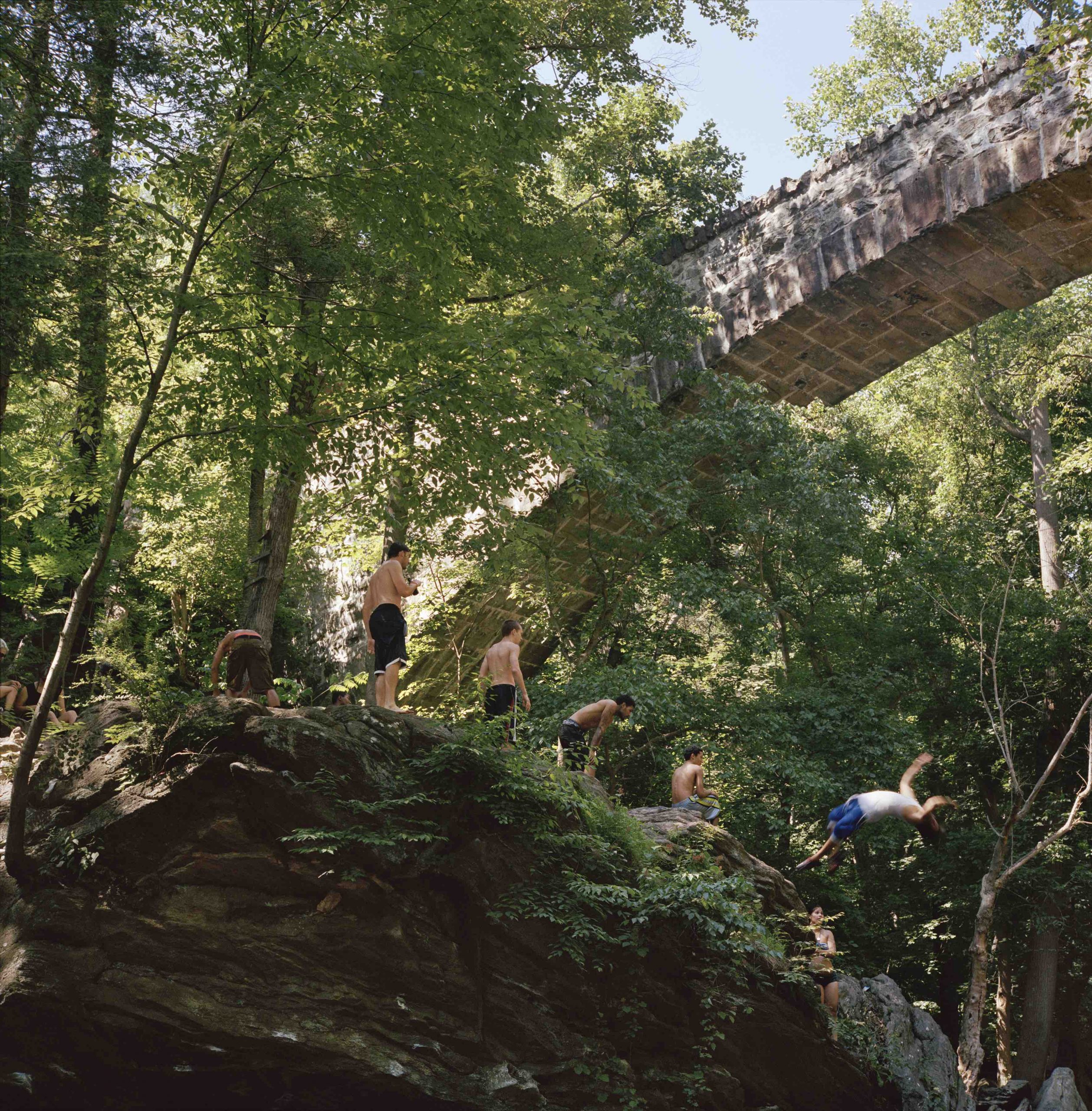 It was in 2014 that she properly returned to Devil’s Pool, this time with the idea of documenting its singular magic. “I was there through my interest in looking at the body,” she says. “I’d been photographing people naked, stripped down in their own homes, thinking about vulnerability and moments when the body could be fully engaged in its surroundings – when we as people are really embedded in what we’re doing physically and psychologically.”

“I started wandering around Wissahickon Park again when I moved back to Philly. I really gravitated towards Devil’s Pool because it was this place where people were stripping off their clothing and just being. I mean, they were in bathing suits, but they were in their bodies, in this space, really viscerally connected to the landscape.” 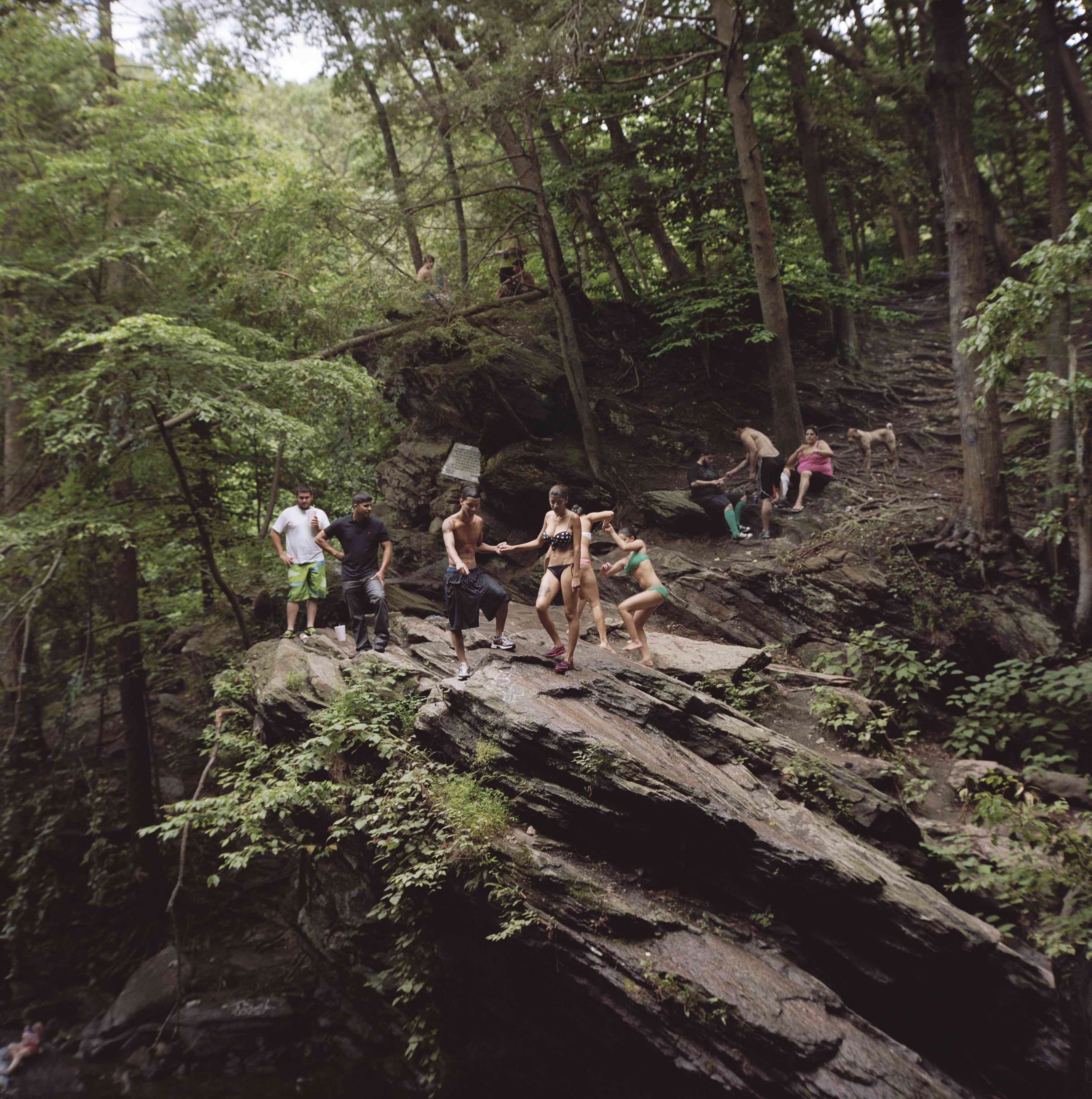 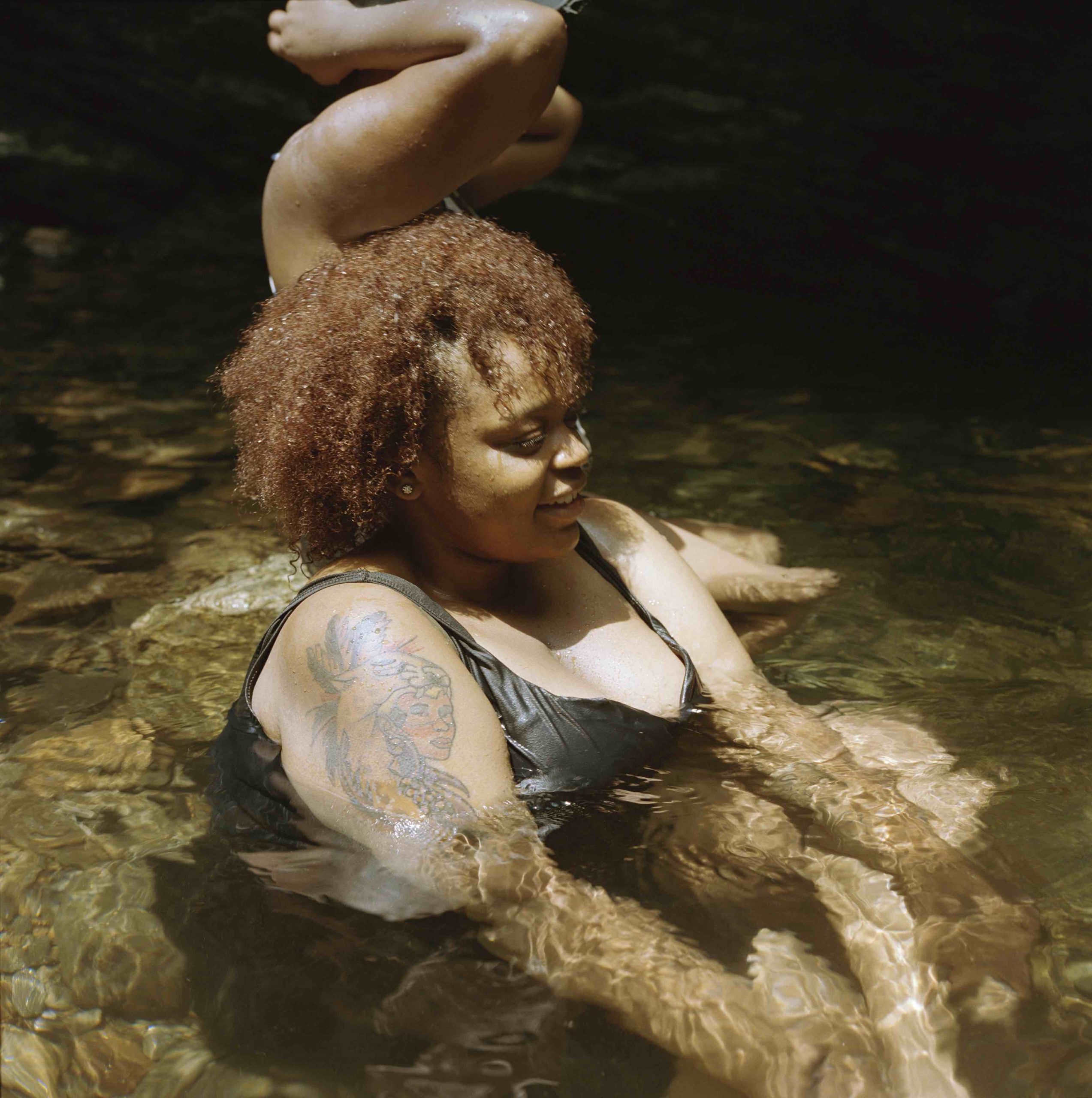 Kaufman would go on to photograph Devil’s Pool for seven years. Despite the fact this period encompassed world-altering events – a Donald Trump presidency and global pandemic to namecheck a couple – little ever changed in the Wissahickon hideaway. “It’s just got this timeless feeling,” notes Kaufman.

The fact that it exists in the middle of a city only adds to its curious magnetism. The result is a marriage between the urban and the natural; one that feels unique to Philadelphia and its inhabitants. “I’ve counted over 130 people there on a weekend at any moment. There can be music playing, smoke in the air, people partying, people relaxing, people connecting with nature in so many different ways. There are all different types of people, all types of different demographics, just coming together. It’s this strange utopian scene in the middle of a city park.” 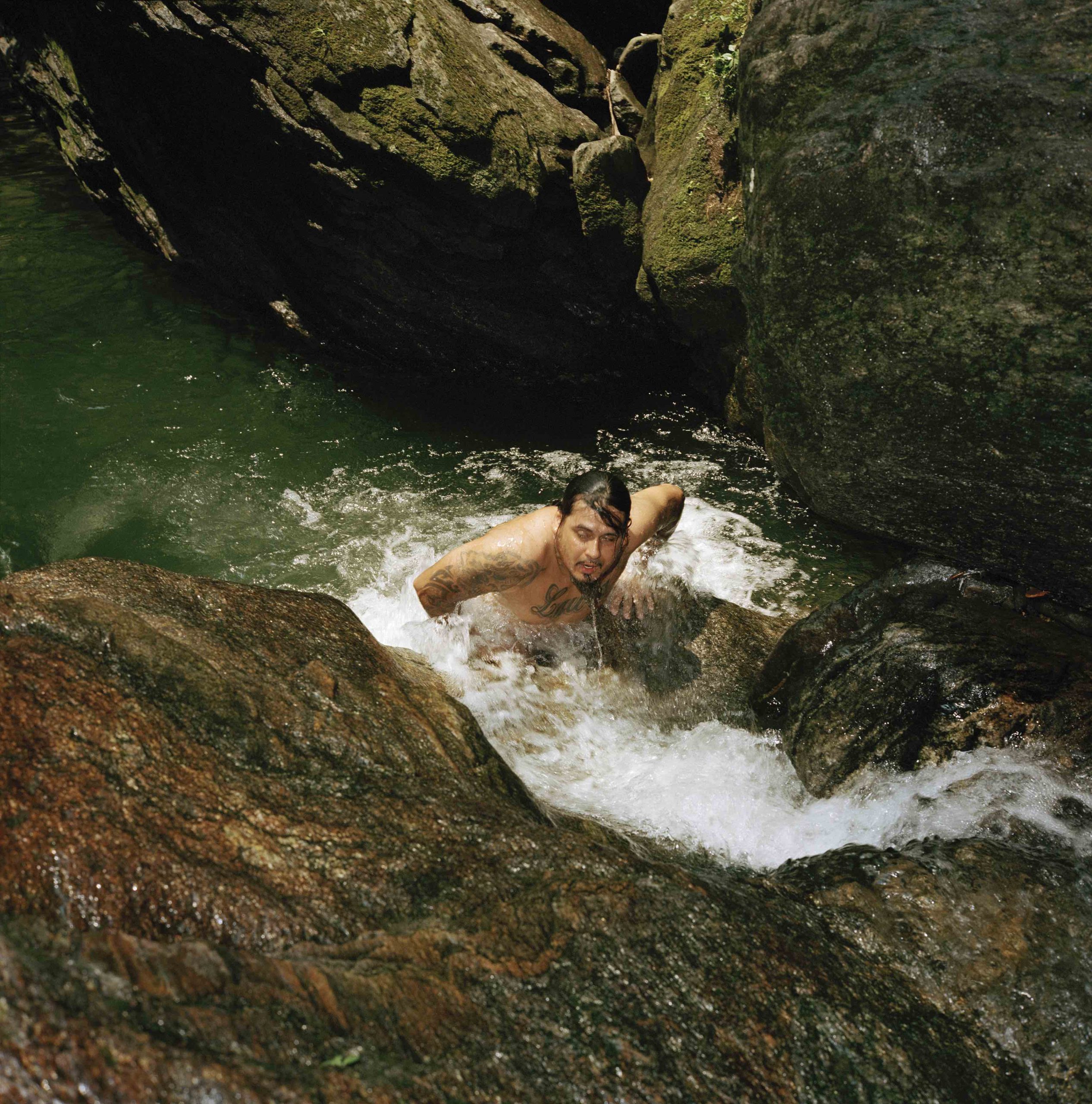 Despite this, some wish to see it gone. Every summer, Kaufman says, there’ll be a routine piece in a local paper or magazine, decrying the “illegal swimming” or complaining about the litter. There have even been calls to fill it in with rocks. But Devil’s Pool long predates its opponents, as it does its patrons. As long as it’s there, people will continue to gravitate towards it – just as they always have.

“It could be anywhere, at any time,” says Kaufman. “You can tell that people have been drawn to it forever.” 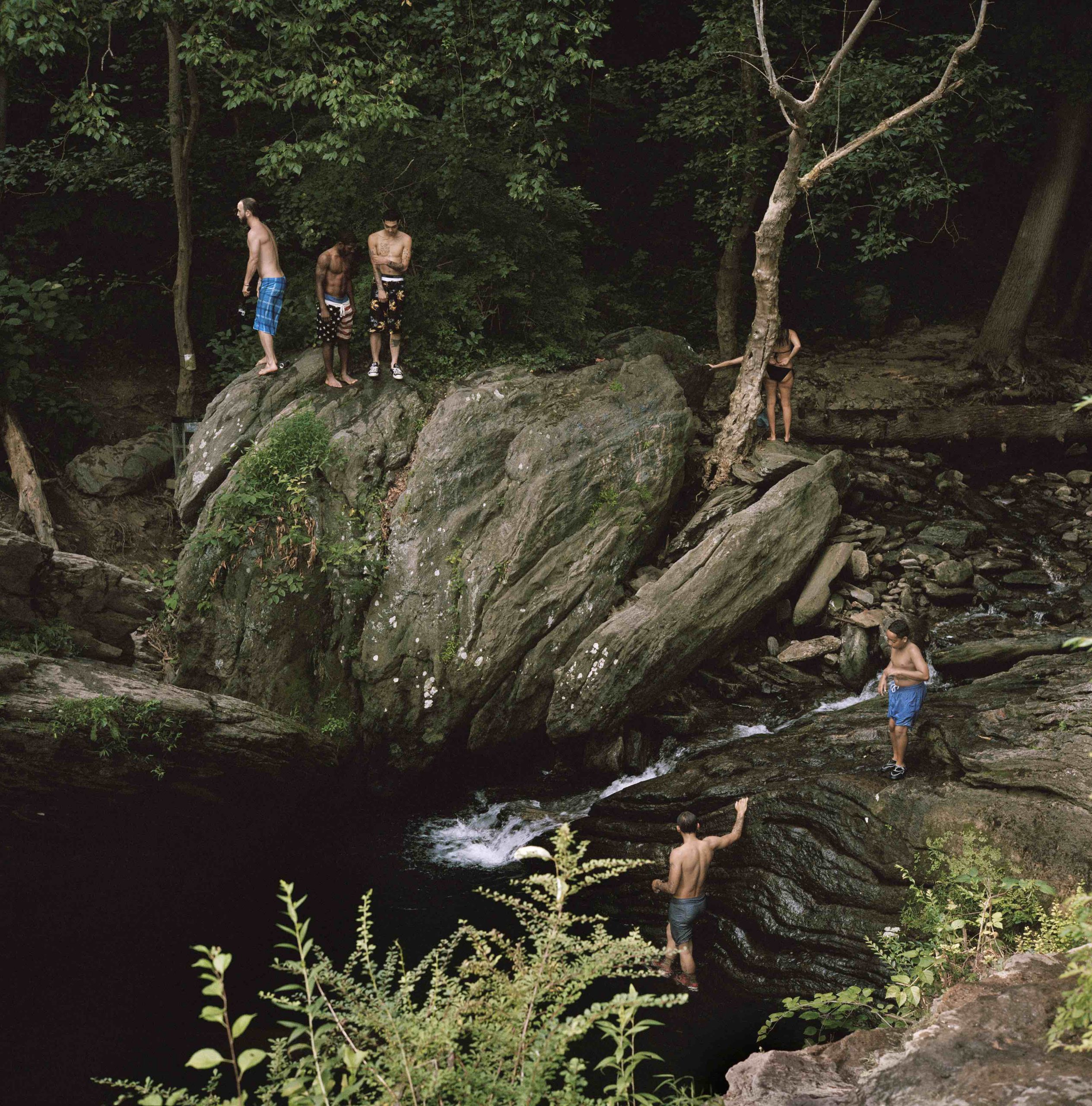 All images © Sarah Kaufman, from the book Devil’s Pool, published by Daylight.

Linkedin
RELATED ARTICLES
OTHER ARTICLES
Photographer Arthur Grace recalls travelling through the Soviet Bloc and finding ways to evade the surveillance of his work.
The singer-songwriter discusses her intimate new project – and the advice she’s picked up across a career as one of rock’s leading voices.
A new edition of a seminal book brings together iconic images of the band onstage in their full glory and backstage in moments of unguarded camaraderie.
In her new book, the author explores the country’s housing crisis in human terms and calls for radical action to address a broken system.
Photographer David Hoffman recalls documenting the extreme wealth inequality around Tower Hamlets and Hackney int the 1980s.
With inflation now at a 40-year-high of 9 per cent, demonstrations organised by TUC took place to demand action from the government.