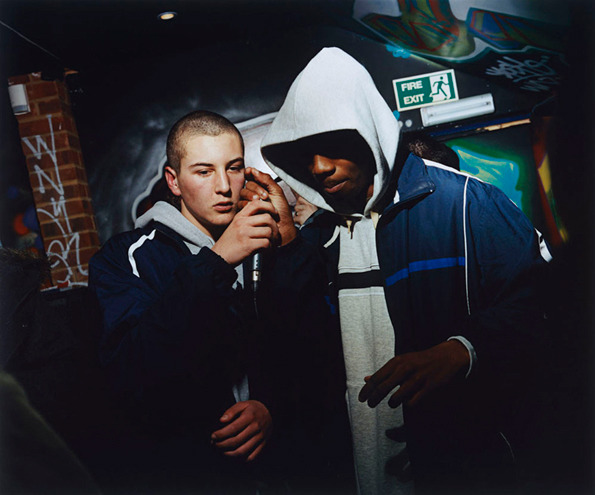 From Dizzee Rascal to Ruff Sqwad.

From Dizzee Rascal to Ruff Sqwad.

Here, the committed documentarian reveals his favourite tracks from his time spent with East London’s finest DJs and MCs.

“I’m not a huge listener to grime. It’s not for me really, is it? It is made by and for youth. However what drew me to grime was the new unlistenable sounds being created around East London and the energy and excitement it generated throughout the rest of the UK. It had a naive quality. There was no theory involved here. It was similar to punk rock in this way, your mate shows you three chords and you start a band.

Here are a few tracks from early grime sounds starting with Dizzee. Homemade tunes from Ruff Sqwad probably made on a home PC using Fruity Loops through to a “stone cold” garage anthem in Ramsey and Fenn’s ‘Love Bug’. Ten years of the British underground.”

Dizzee – I Luv U Remix (Instrumental)

Linkedin
RELATED ARTICLES
OTHER ARTICLES
The Conservative leadership contest has exposed an obvious truth: whether our next prime minister is a woman, or a British-Asian man, they will continue to fan the flames of division.
The government’s brutal crackdown on NGOs has left victims of rape without anywhere to seek help. And now, as the country plays a key role is Russia’s war, things are only getting worse.
Last week, Tower Hamlets council removed its nudity-restricting licensing conditions in a huge win for London’s kink community.
Photographer Anne-Marie Michel captures the women who through determination and strength are forging their own way in a male-dominated industry.
Photographer Jack D. Teemer travelled through US cities to create a vivid document of a region in decline.
Photojournalist Fiora Garenzi spoke with people still living in Eastern Ukraine, an area which seen some of the heaviest fighting since the war began.