Issue Archive / At The Gates Of Europe playlist 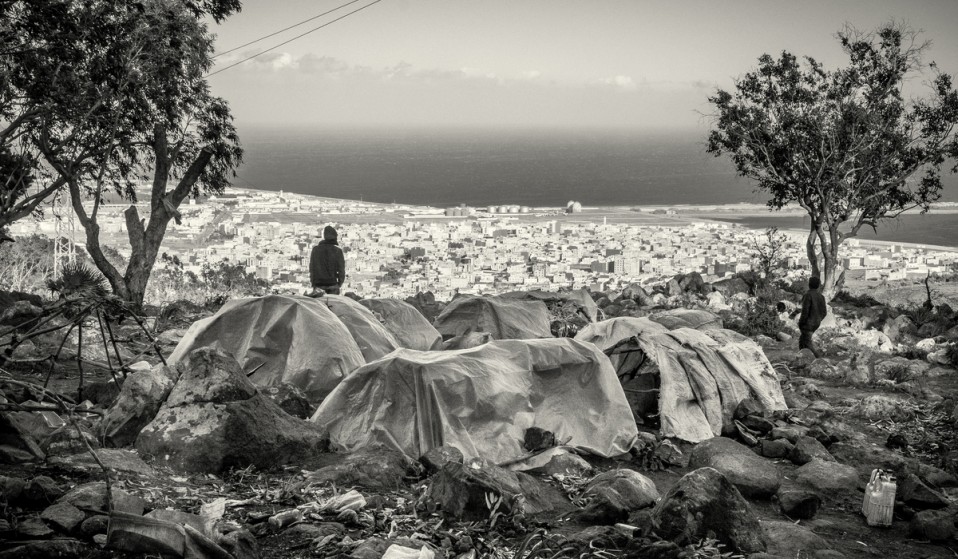 As Europe much of works itself into a frenzy over immigration, we celebrate our favourite immigrant musicians and their amazing contributions to culture.

As Europe much of works itself into a frenzy over immigration, we celebrate our favourite immigrant musicians and their amazing contributions to culture.

There’s a dark cloud that has been gathering over Europe for a while now. Groups like Germany’s PEGIDA, Golden Dawn in Greece and the United Kingdom Independence Party send out worrying messages about immigration and immigrants’ integration into society.

People worry their culture is being “attacked” by influences brought in from other parts of the world: the dreaded multiculturalism. But culture has always been a flexible notion and isn’t something that rigidly sticks to any solid definition. By embracing foreign concepts, a culture becomes richer, more intelligent and understanding.

European culture has benefitted from centuries of exchange with African and Asian culture – the origins of the people Carlos Spottorno captured trying to make their way into the EU in his remarkable ‘At the Gates of Europe’ visual essay in Huck 49 – The Survival Issue.

This playlists collects the musicians and artists who, without immigration to Europe, would never have had the opportunity to create their work, fuse diverse cultural influences and share their gifts with the world.

Born to a Nigerian father and Ghanaian mother, Dizzee Rascal was at the forefront of the grime scene of the early-to-mid noughties and has gone on to become one of its most easily recognisable voices. Born in Bow, east London, Dizzee’s first album, 2003’s Boy in da Corner, was the first indicator that British urban music was about to be completely overhauled by this new music that was, uniquely, British. Had his parents not made it to London, there’s an argument to suggest that grime would have had nowhere near the commercial selling power that it’s developed.

France’s colonial history has linked it inexorably with North Africa. Dalida’s exact heritage is difficult to nail down as her parents were Italian, she was born in Egypt and gained French nationality through marriage. She moved to Paris in 1954 and this kicked started a singing career that included her recording in no less than seven different languages. Her popularity was enormous both in France and in Arab nations throughout her life, but it was her move to Paris that allowed Dalida to became wildly popular.

Ok, so, strictly speaking, Tolkien is that guy who wrote those films that actually turned out to be books. But Tolkien’s influence on one of rock’s biggest acts is pretty obvious. Moving to the UK three years after his birth in Bloemfontein, South Africa, in 1892, Tolkien grew up to write The Lord of the Rings, The Hobbit and The Silmarillion which have become fairly well known. Of all the people to be influenced by these books, Robert Plant, the voice of Led Zeppelin, threw in numerous references into his lyrics as demonstrated in ‘Ramble On’. Robert Plant: the original fanboy.

Known colloquially as ‘The Blind Pair of Mali’, Amadou Bagayoko & Mariam Doumbia were both born in the West African nation of Mali. Having both lost their sight at young ages, Bagayoko at sixteen and Doumbia at five, the couple met at Mali’s Institute for the Young Blind and discovered a passion for music by playing together. While they’d had a successful career before, they signed their first record deal with Emarcy Records after moving to Paris in ‘96.

After receiving death threats in 1999 because of her music’s political undertones, Massi left her native Algeria and moved to France aged 27. After a performance at Femmes d’Algérie, she was signed Island Records with whom she’s gone on to release five solo albums. Allmusic compared Massi to a north African Tracy Chapman when they reviewed her 2001 album Raoui. She was big in Algeria but she blew up in France.

Linkedin
RELATED ARTICLES
OTHER ARTICLES
Activists and campaigners are fighting back against new laws that would seriously undermine the ability to take industrial action, calling it an attack on fundamental workers' rights.
Tristan O’Neill’s shots of dancers caught in moments of reverie at the height of rave’s golden age are a testament to the UK’s legendary club culture.
Following the release of his debut single, Deyaz talks battling addiction, dealing with his struggles through music, and building a budding music career from his living room.
After fleeing the war in Ukraine, people are finding it impossible to secure affordable and decent housing in the UK.
David 'Dee' Delgado’s photo project is about honouring and uplifting the city of his youth, and a world rapidly disappearing under the relentless onslaught of gentrification.
After building his reputation covering the US civil rights movement in the 1960s, the photographer went on to produce some of the most enduring images of the past century.