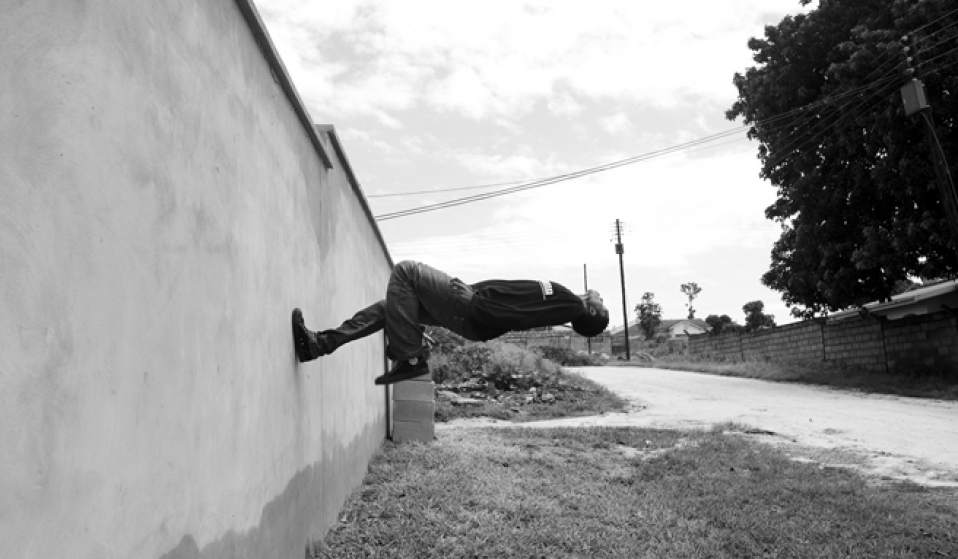 Your eclectic companion to the Documentary Photography Special II.

From Afrobeats to Neil Young. Your eclectic companion to the Documentary Photography Special II.

A photograph can speak without saying a single word. So imagine what it can do when accompanied by a banging tune?

This mixtape is your companion to Huck 46: The Documentary Photography Special II, a bumper-sized compendium of personal photo stories delivered in good old silent print. Our reasons for choosing each song are about as random as they come, but if eclectic mixes are your vibe then grab the mag, press play, and let the storytelling roll. 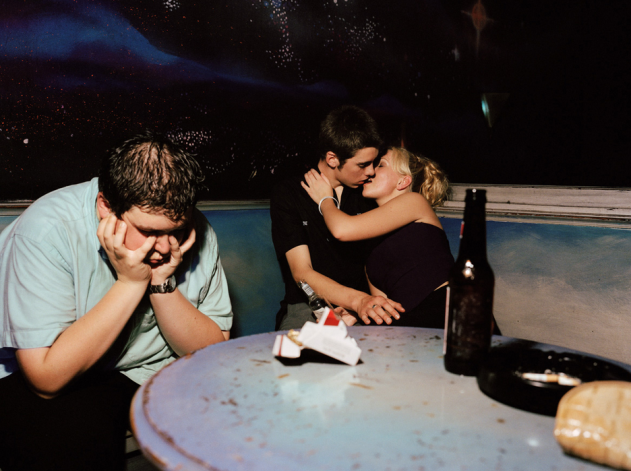 1. ‘Let’s Push Things Forward’ – The Streets
British photographer Ewen Spencer documented the rise of grime as it emerged, growling, from the UK garage scene and Mike Skinner of The Streets was the man who first introduced him to that world. 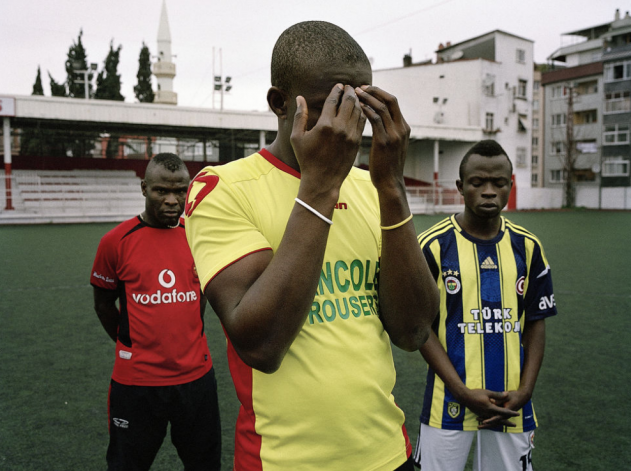 2. ‘I want to be free’ – Femi Kuti
Jason Andrew’s Black Diamonds – an expose on human trafficking in football – centres on a group of Nigerian men who were led to Istanbul under false pretences by rogue agents and scouts. Fela Kuti may have taken afrobeat to the masses in the 1970s but today son Femi is prying the genre back from pretender deejays who dabble in danceable ‘ethnic jazz’ by marrying homegrown beats with a Black Panther fist. 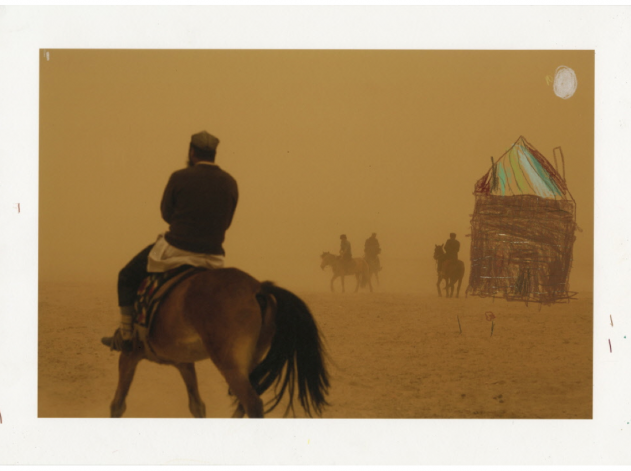 3. ‘Uyghyr Spirit and Love’ – Dale Cornelius
In her fine art documentary project Wild Pigeon, Carolyn Drake gives a voice back to the Uyhghyr people of Xianjian China – whose minority identity is being demonised by the state – by inviting them to artwork photographs she’s taken in the past. Her collaborative approach was inspired by the way the community uses traditional folk tunes to preserve their cultural heritage. This song features on the soundtrack to 10 Conditions of Love, a film that follows the personal and political struggle of Rebiya Kadeer, the most galvanising leader of the Uyghur people in sixty years. 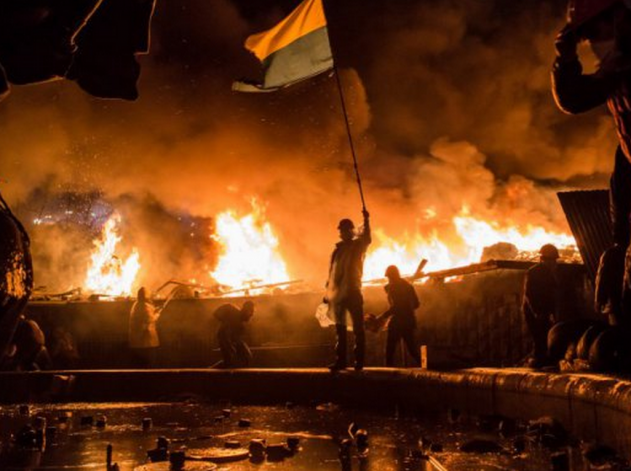 4. ‘Change’ – Banks
Brendan Hoffman shares the personal backstory behind his recent work in Ukraine; how a country rocked by change forced him to face ruptures in his own life. Cue ‘Change’ by gloomy songstress Banks, who comes from LA but calls London her spiritual home. 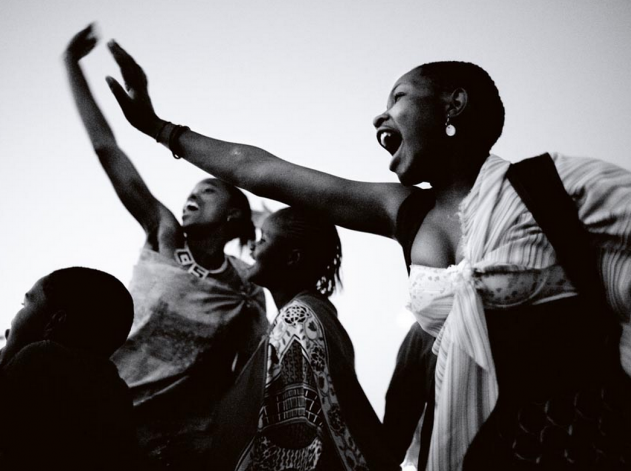 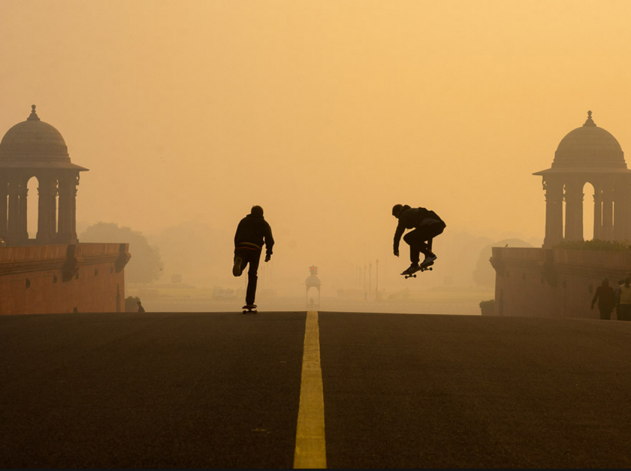 6. ‘Indian Summer’ – The Doors
Jonathan Mehring has documented some of skateboarding’s most epic adventures, including a trip to India where he helped the HolyStoked collective build a community ramp in two weeks. Hence, ‘Indian Summer’ by The Doors. Why not? 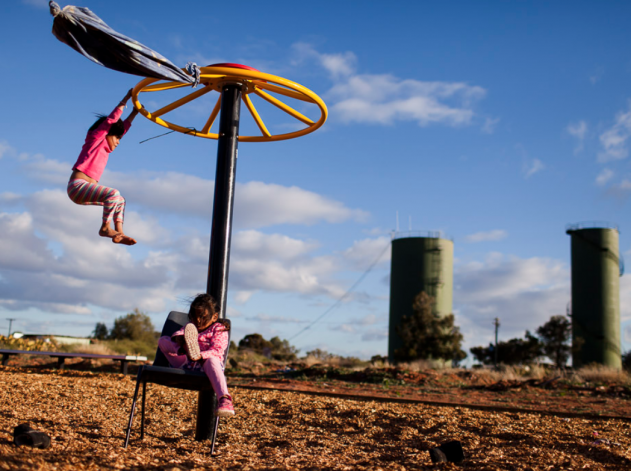 7. ‘Shadows’ – Warpaint
David Maurice Smith embeds himself in fringe communities to tell authentic stories that don’t hover on extremes. Living In The Shadows is his portrait of a disenfranchised aboriginal community, and ‘Shadows’ by Warpaint captures those same inbetween tones. 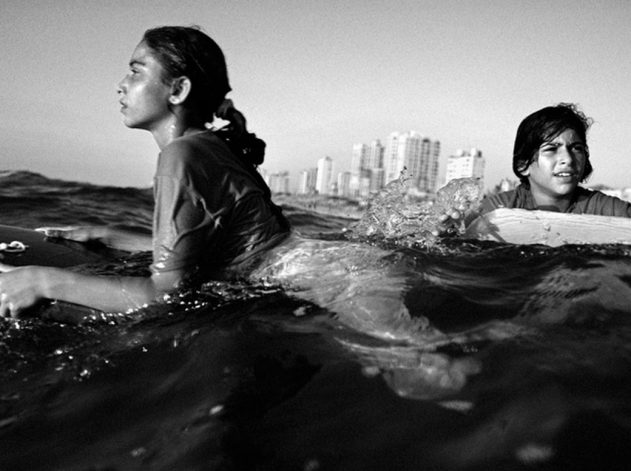 8. ‘Call Off Your Storm’ – Hiatus
Andrew McConnell went to Gaza to build on an earlier project documenting the surfers and seafaring community who find escape in the ocean only to be confronted with deserted beaches and the region’s most explosive conflict to date. At the same time, British musician Cyrus Shahrad – aka Hiatus – put out a charity song, entitled ‘Precious Little’, to help raise money for Medical Aid for Palestinians (MAP). ‘Call Off Your Storm’ is emblematic of the dreamy soundscapes woven by every Hiatus tune. 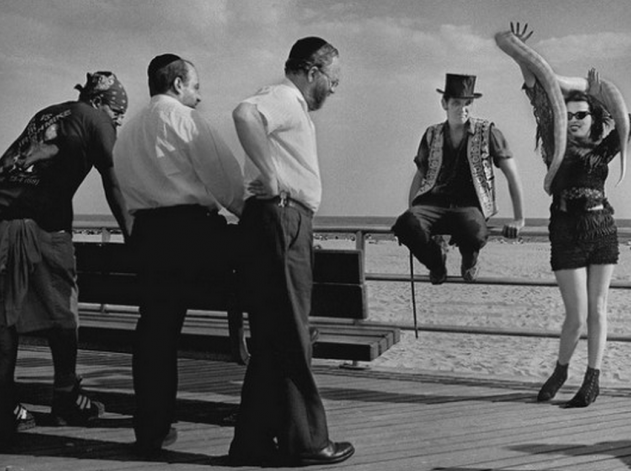 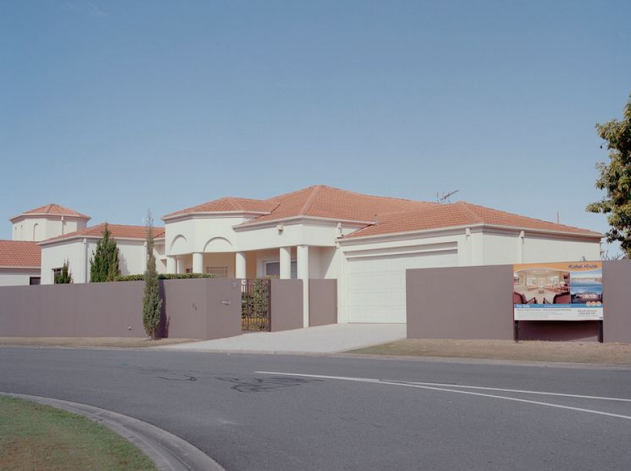 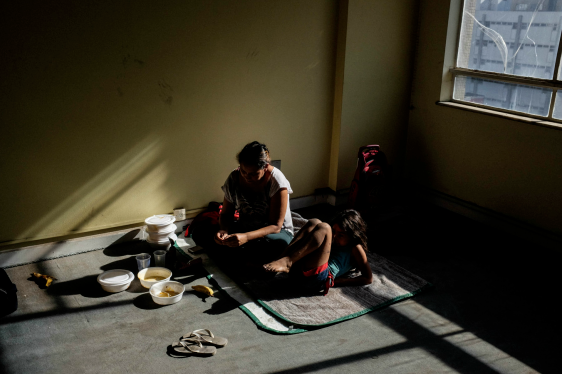 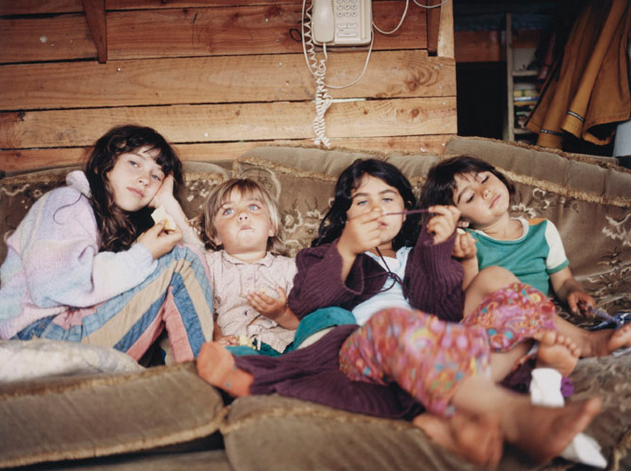 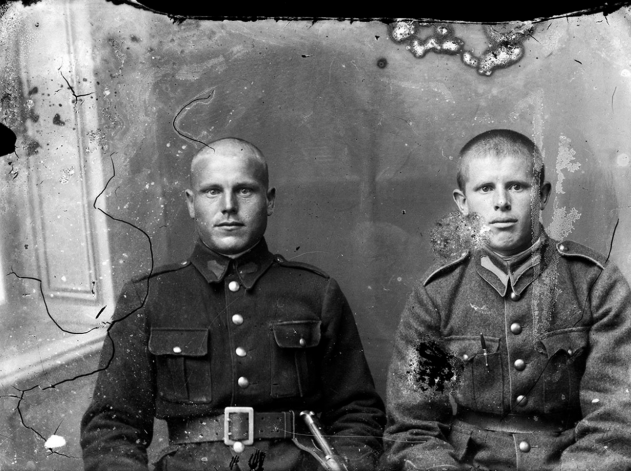 13. ‘Cinnabar Mix’ – Ivan Tucakov and Tambura Rasa
Archivist Cezar Popescu is working against the clock to save a rare archive of portraits that could hold the key to Romania’s past while Balkan fusion bands – like Vancouver’s Ivan Tucakov and Tambura Rasa, who fuse Balkan Beats with flamenco flair – are turning that folk history into something more suited to Cafe del Mar’s Ibiza crowd. 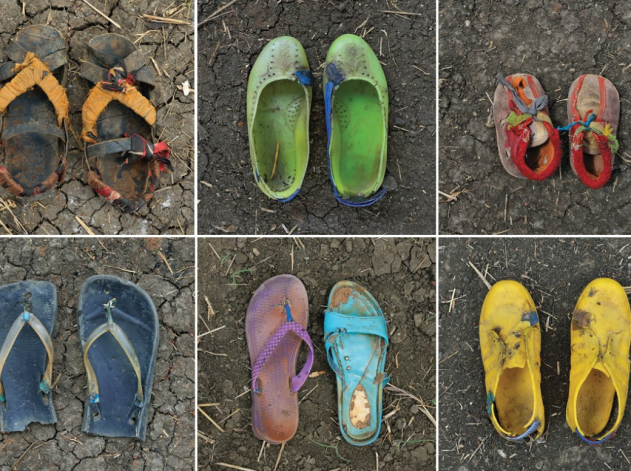 14. ‘How We Be’ – Sinkane
Shannon Jensen’s faceless portrayal of the refugee crisis in South Sudan is a power punch for a generation desensitised to war. Sinkane, similiarly, is cutting through all kinds of cliches by bringing Sudanese beats to ears across the planet. 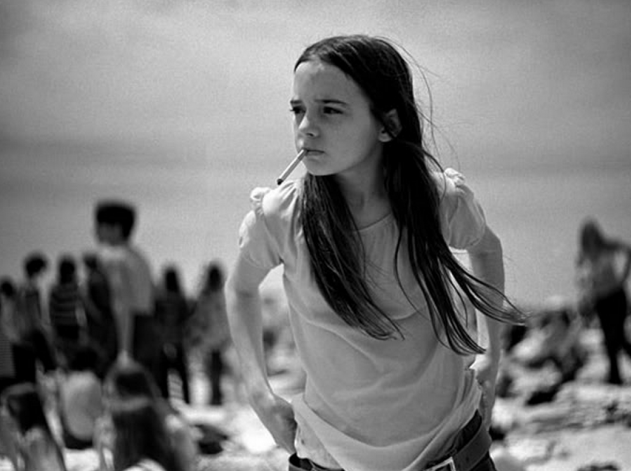 15. ‘Teenage Kicks’ – The Undertones
As a high school teacher in 1970s New York, Joseph Szabo used to photograph his students as a way to close the generation gap. “Teenage dreams so hard to beat…” 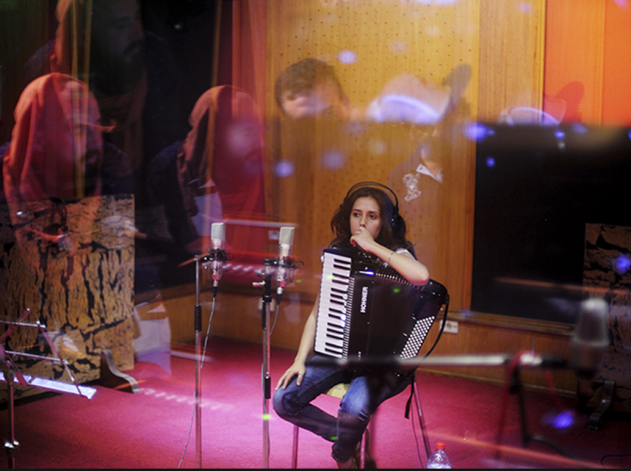 16. ‘Ghareeb An El Medina’ – Youssra El Hawary
Lindsay Mackenzie’s Instagram project @everydaymiddleeast – populated by images from photographer’s working across the region – is an antidote to the explosive cliches that dominate the newstand. Her images capture the everyday scenes of everyday lives, like her portrait of Tunisian musician Youssra El Hawary, whose music soundtracked the Arab Spring. 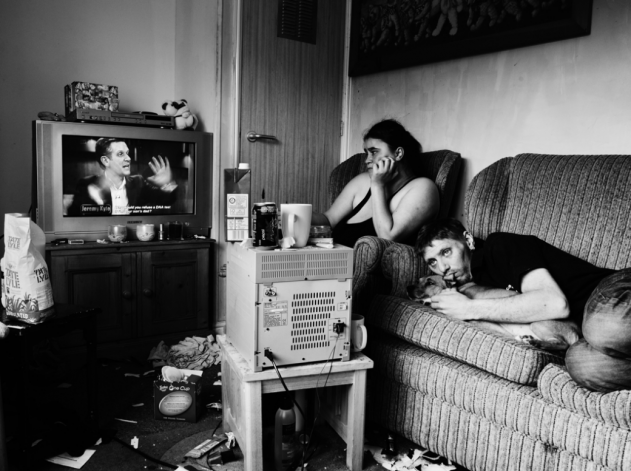 17. ‘Everyday is like Sunday’ – Morrissey
JA Mortram’s long-term documentary project Small Town Inertia gives a voice to people on the fringe of British Society. And no one does inertia better than Mozzer. 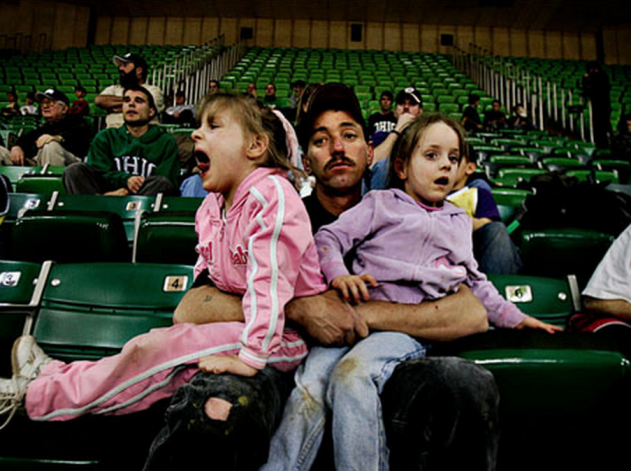 18. ‘On The Road Again’ – Neil Young
Matt Eich is on an endless mission to document the American condition, hitting the road to photograph state after state. Neil Young, likewise, is on a similar ride it seems, as evidenced by his latest album, A Letter Home, which compresses his best songs into a lo-fi trip that just keeps rolling and rolling like a beloved worn-out tape.

To see each photo story in full – alongside an exclusive personal essay from the photographer – buy Huck 46: The Documentary Photography Special II while stocks last.

Subscribe to make sure you don’t miss another issue.