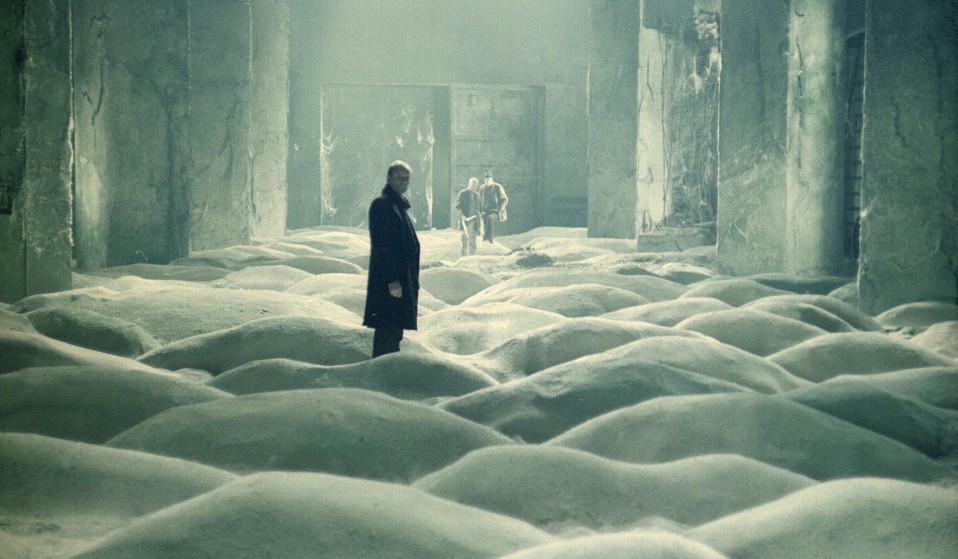 In Huck's Adventure Issue, we left civilisation behind to explore America’s National Radio Quiet Zone. Here we collect film and music that explores a sense of isolation.

In Huck's Adventure Issue, we left civilisation behind to explore America’s National Radio Quiet Zone. Here we collect film and music that explores a sense of isolation.

The Quiet Zone in Pocahontas County, West Virginia, has complete radio silence. The 13,000 square miles surrounding the National Radio Astronomy Observatory are absolutely free of any sort of signal due to the satellite’s incredibly sensitivity – a feat that allows it to pick up data milliseconds after the big bang.

In Huck 51 – The Adventure Issue, Emile Holba explored this area for his piece ‘Into The Quiet Zone’ and captured what one would definitely call a modern oddity. Inside the National Radio Quiet Zone (NRQZ), anything that emits even the slightest signal considered contraband.

However, the zone “roots you back to Earth” according to one resident; some of its inhabitants live there because they have called it home their whole lives, others out of necessity.

The zone is definitely a detached place in the context of the modern world, so Huck put together this playlist with a selection of films and songs themed around isolation.

The impetus for Emile’s piece, Andrei Tarkovsky’s 1979 masterpiece takes place in a dystopian future where a mysterious ‘Stalker’ guides two very different figures – a writer and a scientist – through a place called ‘the Zone’. Within this forbidden place is a room that is said to grant personal fulfilment. The loneliness of these characters is mirrored by the loneliness and incomprehensiveness of their environment.

Talking Heads – ‘(Nothing) But Flowers’

One of the final songs by the Talking Heads, David Byrne’s lyrics muse on a world that has replaced modern progress for something more organic. Most potent is the feeling that, in fact, paradise is not perfect, Byrne wishing he “had a lawnmower”. Maybe the modern world is inescapable after all.

Moon continues the traditional thematic marriage of sci-fi and human isolation. Sam Rockwell’s career-highlight performance as Sam Bell, a miner on the moon digging for an energy resource that is sent back to Earth, is a powerful and occasionally comic portrayal of the effects of detachment on the human psyche. We see events only from his perspective as he sits away from the human civilization thousands of miles away, slowly losing his mind.

Based on the story of Christopher McCandless and his time spent in the wilds of northern Alaska, Into The Wild is a story of self-imposed isolation from civilization. After becoming a high-honour student, McCandless burned all his credit cards and identification and leaves without telling his family. However, his adventures away from his traditional life came at the price of human contact.

The post-apocalyptic America shown in 2009’s The Road is ashen-gray and technology-less, filled with zombie-like humans who hunt their own species in order to survive after the ‘event’. In the center of this are an unnamed protagonist and his son trying to survive, knowing full-well that they are on their own in terms of support. Based on Cormac McCarthty’s haunting novel, the film is provocative thanks to the ambiguity over what actually happened to the Earth during the ‘event’.

More the bliss of loneliness, Brian Eno’s pioneering ambient music is inspired by his own isolation. He was confined to a hospital bed in 1975 after an automobile accident; trying desperately to hear music playing in his room under the weight of the pouring rain outside, his condition meant that he could not control the volume. However, a mixture of painkillers made him hear the music differently, and thus ambient music was born.

Check out the full article in Huck 51 – The Adventure Issue. Grab a copy in the Huck Shop  or subscribe today to make sure you don’t miss another issue.

Linkedin
RELATED ARTICLES
OTHER ARTICLES
A sharp increase in officers armed with the electrical weapon is resulting in serious injuries and deaths.
Students are being left to languish in unsafe housing, in some cases leading to serious health complications.
Photographer Bud Glick recounts documenting everyday life in the area, and what it taught him about the Chinese immigrant experience.
To mark the premiere of his new documentary on surfing giant Gerry Lopez, the filmmaker and former pro skateboarder sits down to share his unique brand of wisdom.
A new series of photos by Johny Pitts shines a light on communities and subcultures that have all too often been overlooked.
Photographer Anne-Marie Michel captures the women who through determination and strength are forging their own way in a male-dominated industry.