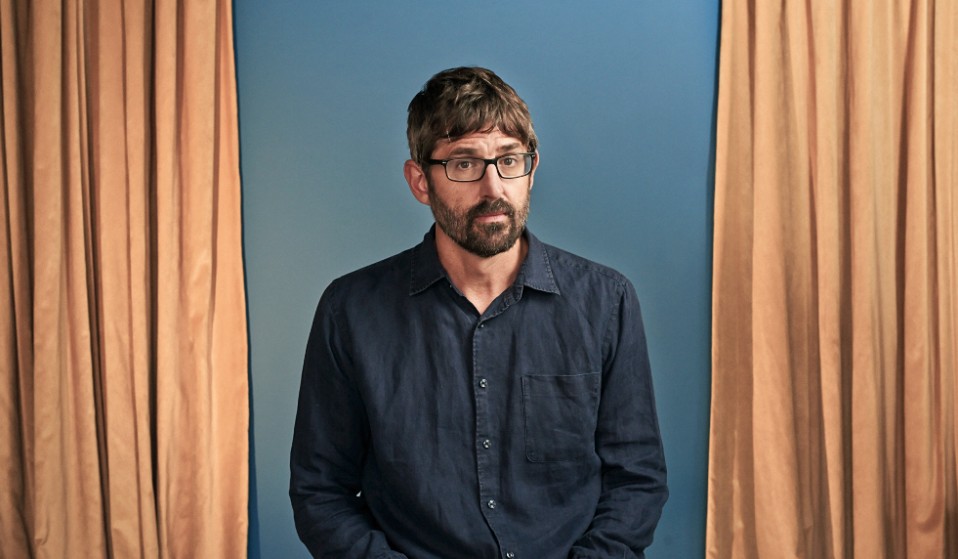 After 20 years as a documentary filmmaker, Louis Theroux reflects on his transformation from gonzo reporter to compassionate presence.

His 20-year career as a documentary filmmaker can ostensibly be split into two phases. The first decade was spent exploring the unique and bizarre; taking humorous plunges into subcultures with idiosyncratic characters.

His demeanour as a young, slightly goofy presenter with a penchant for ill-fitting clothes gave him a naive yet genial style that disguised his Oxbridge education.

In the second decade, Louis began to step away from this gonzo approach to explore harder subjects with a more detached presence.

Here he reflects on this mid-career transformation and what he’s taken from encountering the breadth of human existence.

Remember to be human

“I’m always quite clear that I’m on location as a journalist. The reason the BBC flies me out is not so that I can change lives; it’s to get the story and tell it in as compelling a way as possible. I’m also aware that you don’t stop being human when you’re trying to do that, it’s just that there’s a slightly different set of priorities.

“Sometimes you can push too hard in a scene and when you watch it back, you come across as being unlikable or you’re grinding away too hard at them as a contributor, rather than treating them as a person.

“When you’re with someone who is vulnerable or who has made some choices that are in some way questionable, there’s a positive side-effect to asking questions that need to be asked. Coming from a place of humanistic curiosity encourages people to think about their choices a bit more deeply.”

…But get the job done

“This is going to sound a little cold, but the bottom line is always getting the story. In professional mode, you can definitely numb yourself to what you’re seeing. There’s a sense in which you are exposed to grime and damaged lives and you just think, ‘Well, will I be able to film it?’

“It’s odd because I might watch something I’ve done later, sometimes with a distance of years, and be more upset by it then.

“That probably sounds really weird, but there are a lot of conversations on set and sometimes it doesn’t become totally clear where the journalistic role ends and a more social worker or interventionist one is more appropriate.”

The camera is a safety barrier

“Once the camera is on, the chances of someone having a pop at you go way, way down. People always say, ‘Oh, you must be nervous when you go to prisons’; sometimes you notice that even correctional officers can be quite nervous going into a cell.

“But for the most part, prisoners don’t have any reason to attack a visiting TV crew. They just get time added to their sentence or sent to solitary confinement; and for what? It doesn’t really make sense.

“I’m more nervous around contributors at large in the real world. I did a programme about dangerous animals where I had an encounter with a chimpanzee: he headed straight for the crew and smashed a window.”

“I’m a fan of America; I’m half-American and much of my family are American. But I do have to balance my own joy of the country in all its exuberant excess while also having enough of a socially democratic and socially conscious person inside me to want to fix some of these things.

“I used to enjoy the spectacle of America in a more unadulterated way and, as I’ve gotten older and had kids, I guess I see the social costs more.”

Linkedin
RELATED ARTICLES
OTHER ARTICLES
A group of young Palestinians have found temporary freedom in the act of parkour, reimagining wreckage and ruins as a series of high-octane playgrounds.
Rhiannon Adam spent three months capturing an ageing society wracked by division, isolation, and the aftermath of scandal.
A 37-year-old woman shares how her abortion led her to become a clinic worker, and the abuse she’s received in that role.
Following the announcement of an 80% hike in the energy price cap from 1st October, crowds gathered outside the offices of energy regulator Ofgem to protest and declare their intention to undertake a payment strike.
By turning a real-life crisis into daytime television fodder, TV bosses have once again shown themselves to be completely out of touch with audiences.
For over a decade, gamblers have won big by employing people to place live bets from the court. But does this dubious method still work?