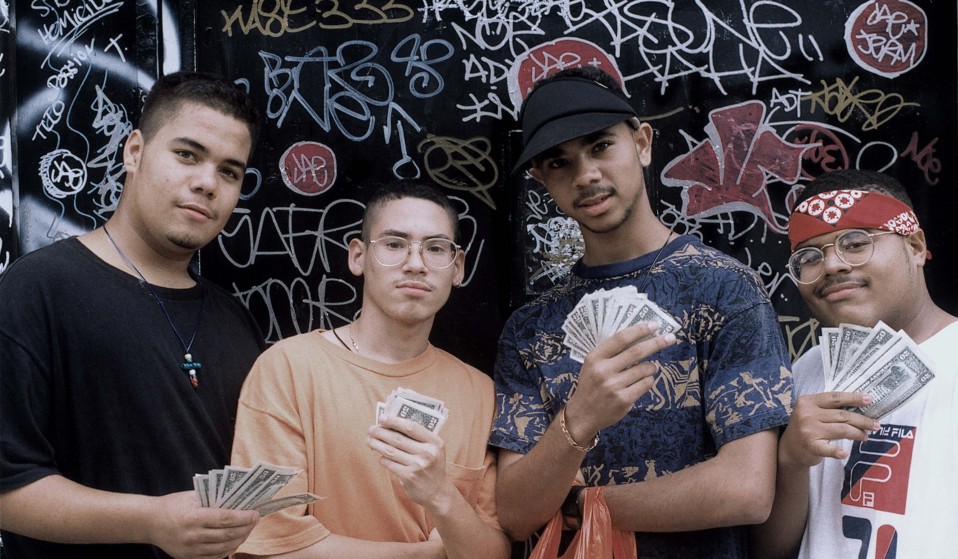 Artist, photographer and popular historian Clayton Patterson is our guide to the best of the Lower East Side's alternative culture.

Artist, photographer and popular historian Clayton Patterson is our guide to the best of the Lower East Side's alternative culture.

A place can only be as special as the people that live there. The artists living on the breadline to create, the diversity that immigration brings and the cultures that tie it all together are what makes an area truly great.

Manhattan Island’s history is wrapped into villages like SoHo, Greenwich and Harlem but it’s the Lower East Side that Clayton Patterson opens up about in Huck 48 – The Origins Issue. Since then he has worked almost exclusively on capturing the culture unique to the area. Dealers, gangsters and artists blend into what has long been one of the most ethnically diverse areas of the city. It’s been home to some of the biggest acts to ever come out of New York as well as played the inspiration for some global names, too, so we’ve compiled a list that’ll get you better acquainted with everything Lower East Side.

“Up to Lexington, 125” snarls Lou Reed from The Velvet Underground’s 1967 track ‘I’m Waiting For The Man’ as he plans to meet the, uh, man. Reed lived with the band on the Lower East Side at the beginning of their careers as the rent was cheap and it allowed more time to work on making songs containing three chords. The LSE became a real hub of the avant-garde music scene during the late 60s and early 70s offering the kind of environment which drew Patterson there.

Summing up the diversity and cultures that can be found in this tiny area, Gogol Bordello’s gypsy punk sound is indicative of an area generations of people turned to after various pogroms and persecution. As Eugene Hütz sings “We’re coming rougher everytime.” It’s a great lyric and historically accurate to the influx of so many people who’d suffered hardship.

The most synonymously named band to come out of the area, David Peel lead the way in the mispronunciation of the word ‘cockroach’. Originally formed to support Peel in his musical endeavours, the Lower East Side Band have had a history of rebellion and counter culture having performed at the first Manhattan ‘smoke-in’. Their mass appeal with the counter culture movement of the late 60s was undeniable, Peel will always be regarded as a hippie icon for singing about dodgy coppers and dodgier plants.

Coming out of the LES with a fucking bang, L.E.S. Stitches are the voice of an angry youth being driven out of the area by rampant gentrification. They try a little bit too hard to be the Sex Pistols but if you’re gonna make punk, you better aim high or don’t even start. It was gentrification’s tightening grip that eventually alienated Patterson. As he says: “I never left the Lower East Side, the Lower East Side left me.”

“That ain’t ironic, bitch/ I love Rugrats.” A line just so many people out there will have raised a little half-smile to in appreciation of Gambino’s oh-so-kitsch referencing system. ‘L.E.S.’ shows off the streets and the nightlife that Patterson will have walked many times over. Unfortunately, it feels as though these are exactly the developed streets that will have made up his mind to leave.

Read the full article on Clayton Patterson in Huck 48 – The Origins Issue.

Linkedin
RELATED ARTICLES
OTHER ARTICLES
In the last of our dispatches from OFFF Barcelona, Rufus Deuchler and Vincent Gault discuss the future of creative process.
The government is scrapping the Human Rights Act in a move that will hit marginalised people hardest.
While protests over abortion rights rage in the US, access to abortion services is still almost nonexistent in parts of the UK.
In the latest OFFF Dispatch, the enigmatic designer dives into his process, connecting the dots between his unique and varied creative output.
The revered showbiz chronicler recalls his journalistic beginnings, documenting subcultural scraps in the ’80s.
To mark the anniversary of the mass trespass of Kinder Scout, a group of hikers came together with the intent of creating a new, fully inclusive culture for rural spaces.