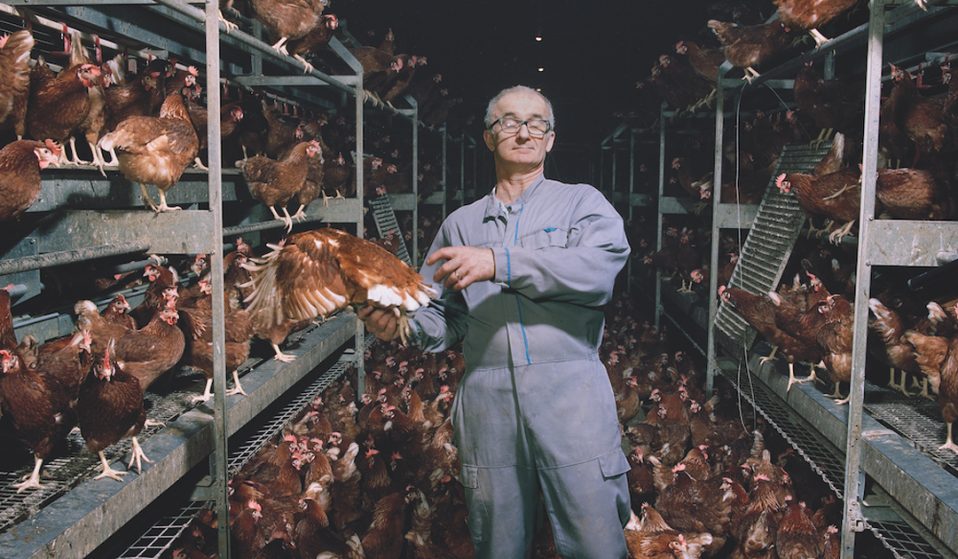 Mark Neville believes that photography can be more than just pictures on a page. His work always seeks to serve the communities he captures.

Mark Neville believes that photography can be more than just pictures on a page. Over the course of his career, he's shone a light on unspoken issues - making work that actively seeks to serve the communities he captures.

My love for photography comes from my grandfather. He was captain of a ship in World War II and came back quite clearly traumatised: he used to shout at everyone in the family. But he’d also take pictures of us all, using a waist-level box camera. I see now that this was a way for him to mediate some kind of relationship with the world – because he could no longer to do it by conventional means. Photography was a very powerful tool for him, almost like therapy. That made a big impression on me.

Seeing how important a camera was for my grandfather, I always knew that I needed photography to be more than just pictures on a wall. I felt it wasn’t enough to just have an image reproduced in a magazine, or newspaper, or gallery. Although those are all valued contexts and you can do great things in those kinds of places, if you really want to hit people over the head with photography, I think you’ve got to find new ways to disseminate it.

My ‘breakout’ work, the Port Glasgow Book Project, started with a very simple idea. I had just moved to Glasgow – not Port Glasgow, which is an entirely different place – and I remember looking in a bookstore there and seeing all of these beautiful documentary photography books. It struck me that there was this huge disconnect between the subject matter – people who were usually experiencing trauma, or undergoing considerable hardship – and the way in which those images were packaged and sold to middle-class people like me, so we could put them on our coffee tables.

I saw there was a hierarchy of exploitation. So Port Glasgow was kind of a ‘Fuck you’. I thought, ‘I’m gonna make a book, I’m gonna give it out to all of the residents of a former steel town on the west coast of Scotland, for free. Nobody else is going to receive one. It’s just going to be for them.’ The weird thing was, of course, as soon as I made that project, suddenly everyone in the art world was knocking on my door. But I didn’t want to be one of those photographers who arrives, photographs for a week and then disappears forever. It’s disrespectful. 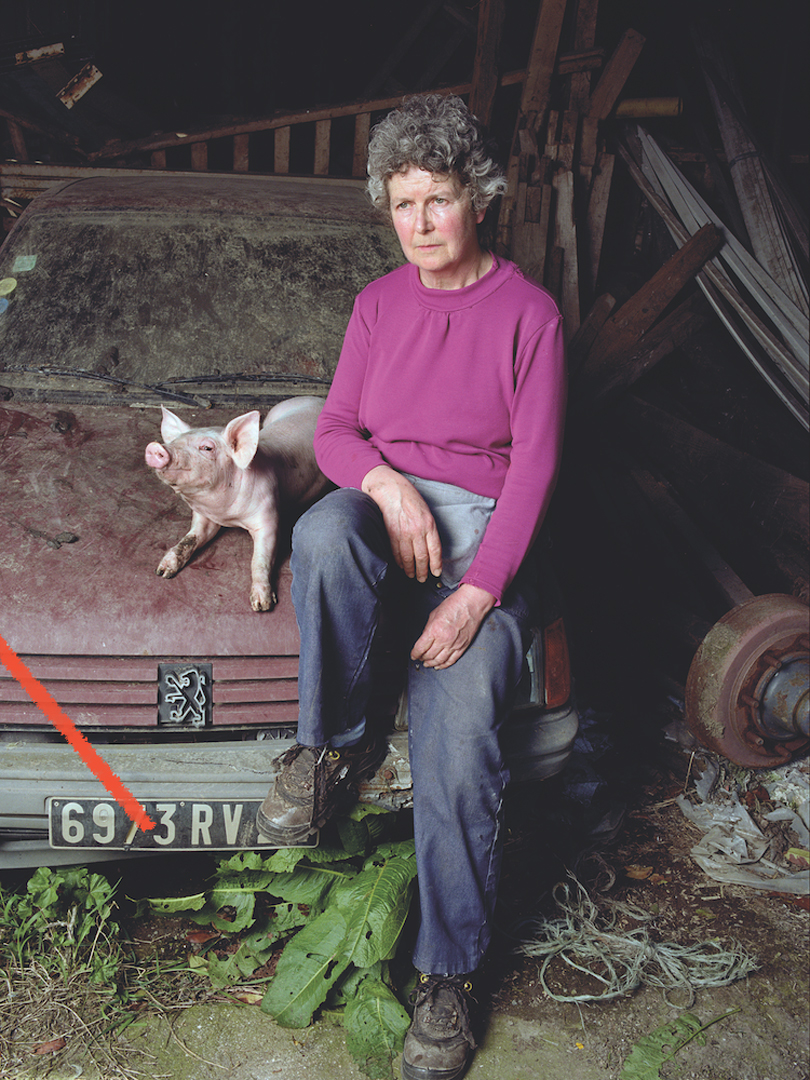 Port Glasgow was in 2005. Since then, I’ve tried to continue the fight against that hierarchy by making my projects serve the subjects. When I made Deeds Not Words, a series that deals with issues around handling toxic waste, the work was sent out to every local council in the whole of the UK. With my 2016 project Childs Play, I was trying to stop closures of adventure playgrounds – so that was sent to all UK councils as well.

Battle Against Stigma was a project I made between 2015-2018, about mental health issues in the military. It recounts my experience after I came back with PTSD from Afghanistan as an official war artist. I did talks and delivered it to prisons, homeless centres, mental health charities… all to try and reach those veterans who have never been treated for PTSD, and encourage them to get professional help. With all my work, regardless of context, I’m always thinking: ‘Who is the audience, and how can they benefit from what I’m doing?’ 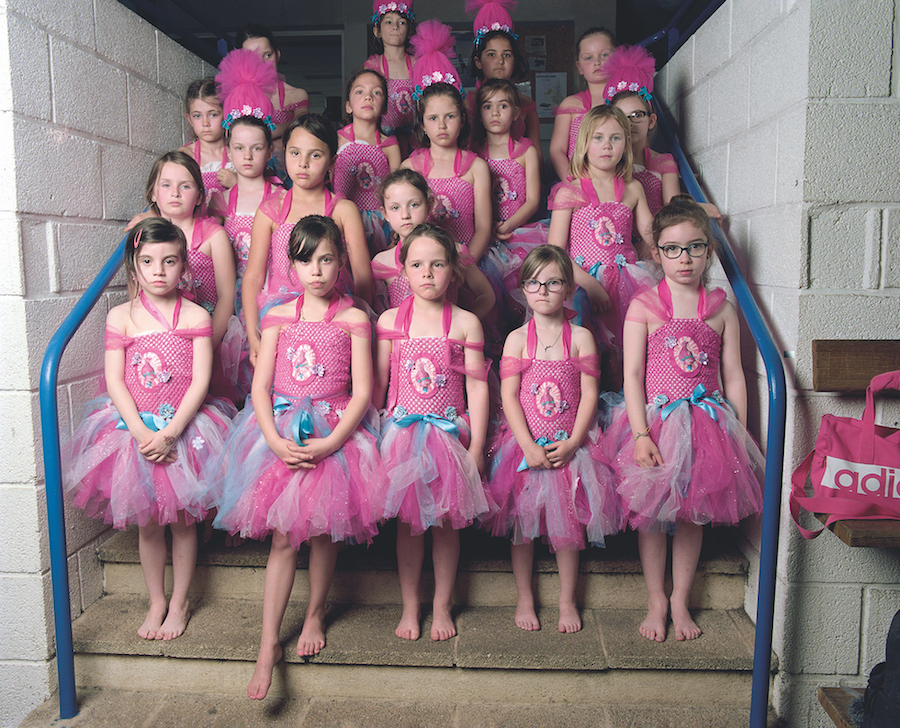 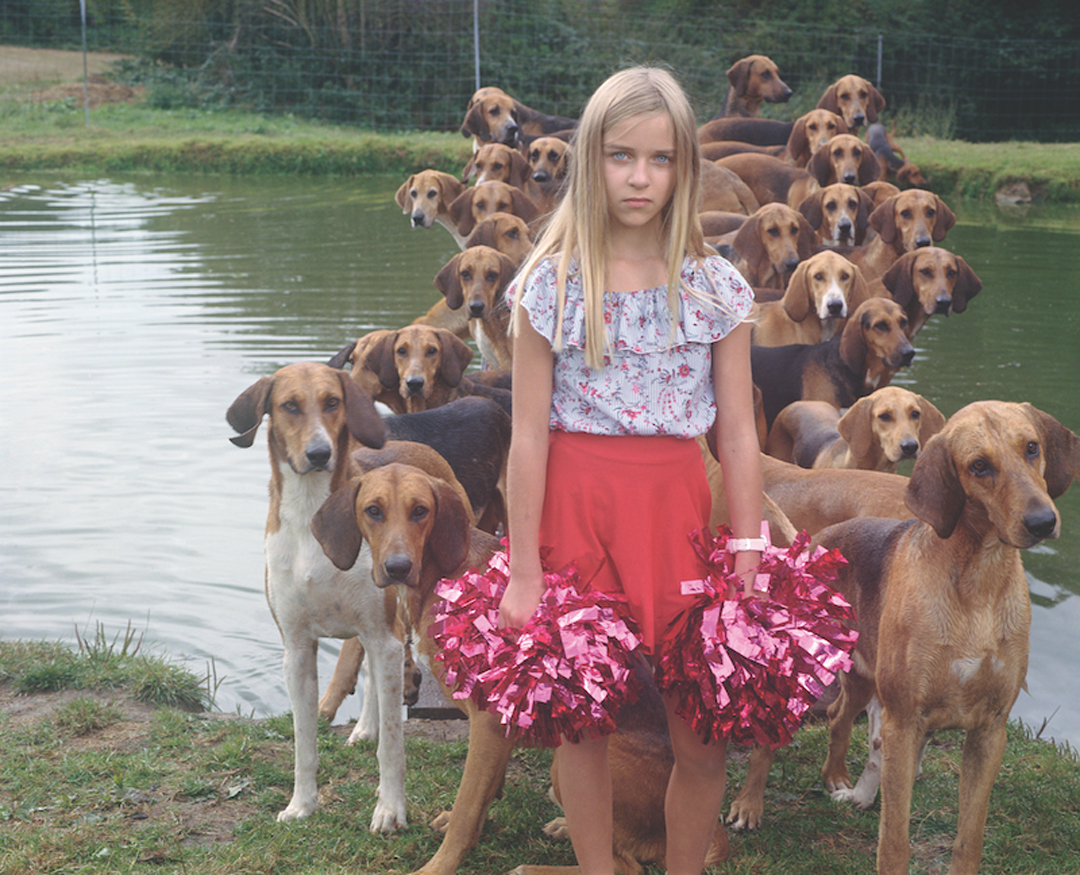 Parade, meanwhile, lasted on and off for three years. I took part in an exhibition at the Centre d’Art GwinZegal in Guingamp, a small town in Brittany. While I was there, the director of the art centre, Jérôme Sother, commissioned me to do a project about the area.

It started the day that Britain voted to leave the European Union. But I knew after a month when it came to the project’s social function, I wanted to do something that looked at the ecological cleansing of the land by the food industries. The book isn’t meant to be a critique of French policy. In fact, French agricultural standards are among the best in the world. In many ways, it’s a celebration of how right they get it sometimes. We decided to send out the book with a further publication, containing essays and interviews from Brittany farmers about the way forward.

If you want to think about it from a psychological viewpoint, these projects are like a search for family. I’m looking for a new community. I’m spending a long time with them, and I’m looking to be accepted. But somehow I’m never accepted enough, so I have to go onto the next community and try and get them to accept me. It’s strange, exhausting – but I guess it is a continual search for belonging. That’s part of the existential quality of making this kind of work. No matter which project I embark on, it is essential for me that I feel I have the time necessary to accomplish it.

I guess my approach is deeply aligned to childhood. It’s wanting to bear witness to terrible things that are happening, but also celebrate other things as well – things that aren’t normally celebrated. It’s an idea that real beauty and celebration is to be found in very unconventional spaces sometimes. I’m aware that each project is like being at the foot of a mountain; you have to throw yourself into the next project. Which means you have to go through that process all over again with a new set of people. 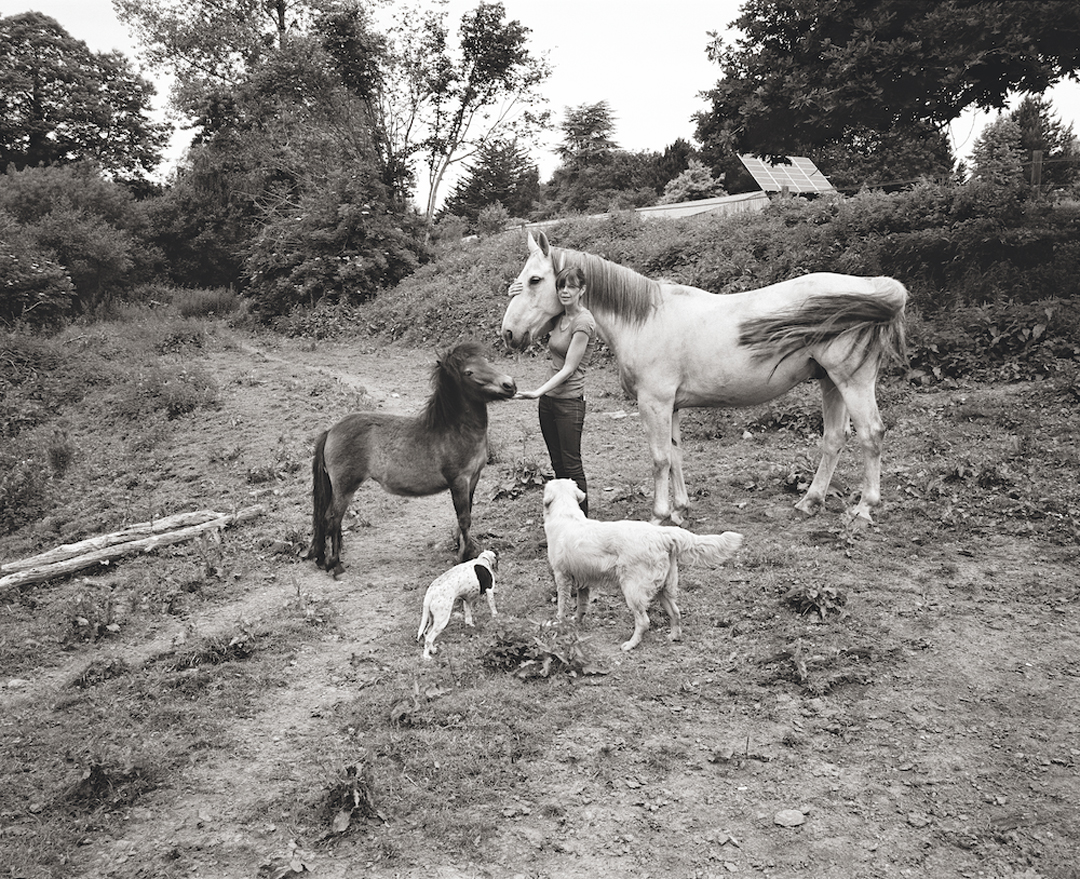 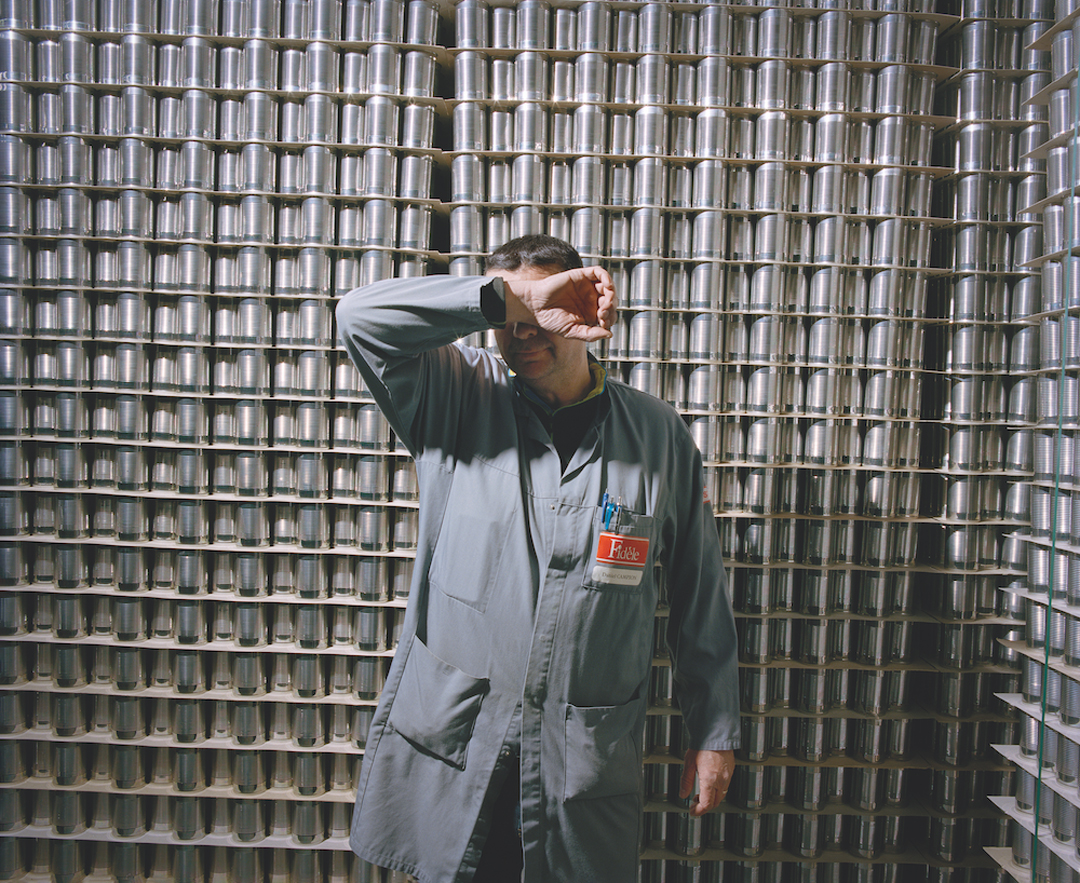 Parade is published by GwinZegal Editions. It is currently is on display as part of the Deutsche Börse Photography Foundation Prize 2020 exhibition at The Photographers’ Gallery, London, until 7 June 2020.

Linkedin
RELATED ARTICLES
OTHER ARTICLES
The idea that a younger generation is abandoning work has become a popular narrative online, but it doesn’t necessarily reflect reality.
A group of young Palestinians have found temporary freedom in the act of parkour, reimagining wreckage and ruins as a series of high-octane playgrounds.
Ahead of the release of their first collaborative album, the producer and rapper talk psychedelics and the state of UK hip hop.
A new project is documenting formerly incarcerated people as they transition back into civilian life.
Cindy Campbell recounts how her brother ushered in a new era of musical culture at a party she held in the Bronx in ‘70s.
By turning a real-life crisis into daytime television fodder, TV bosses have once again shown themselves to be completely out of touch with audiences.