Issue Archive / Mongolia’s skate scene is blowing up: here are the videos chronicling it 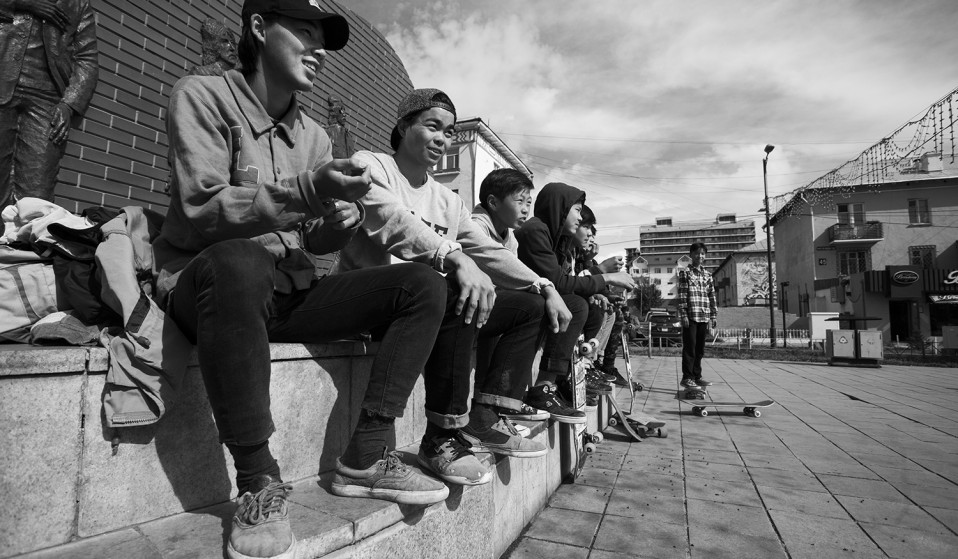 The new generation of young Mongolians are the first to be raised outside of Soviet rule since 1924. In Issue 54 – The Defiance Issue, Huck met the Mongolian skate crew determined to change their country's culture for the better. Curated here is a playlist of short films and documentaries exploring the many young people breaking from traditional Mongolian convention.

Mongolia transitioned to independence in 1990, following over sixty years of Soviet rule. Since then, the nation’s youth has been defying the endemic corruption of generations before and sewing the seeds for a better future. In Huck 54  – The Defiance Issue, writer Bejan Siavoshy met members of the Uukhai skate crew, a collective of young skaters to be regularly spotted bombing around the state capital of Ulaanbaatar and determined to spread the word.

The Uukhai crew regularly petition the local government to build an indoor skate park for the community, but they have so far faced strict indifference from Mongolian authorities. “We haven’t met anyone interested in developing skateboarding in Mongolia,” says aspiring skate shop owner Sergelenbayar ‘Seke’ Batjargal. “If I succeed, I’ll support skating for young people here. I give out my used decks in good condition to kids that need it. I gave away new bearings to someone last month. For now, I do what I can.”

According to Uukhai skate manager Ankhbayar ‘Patrik’ Chinzorig, the reason behind the government’s lack of support is simply a clash of ideologies. Older Mongolians maintain the principles of the country as it once was, in opposition to the current generation, which knows Mongolia only as a democratic nation. “Old people here are very conservative,” he argues. “Young people like to try out new things and are more open-minded.”

While the struggle continues, there is a groundswell of documentary filmmakers getting the word out about the country’s constant evolution. To accompany the story of the Uukhai skate crew, Huck has compiled a playlist of must-watch short films and documentaries, most available to stream for free. 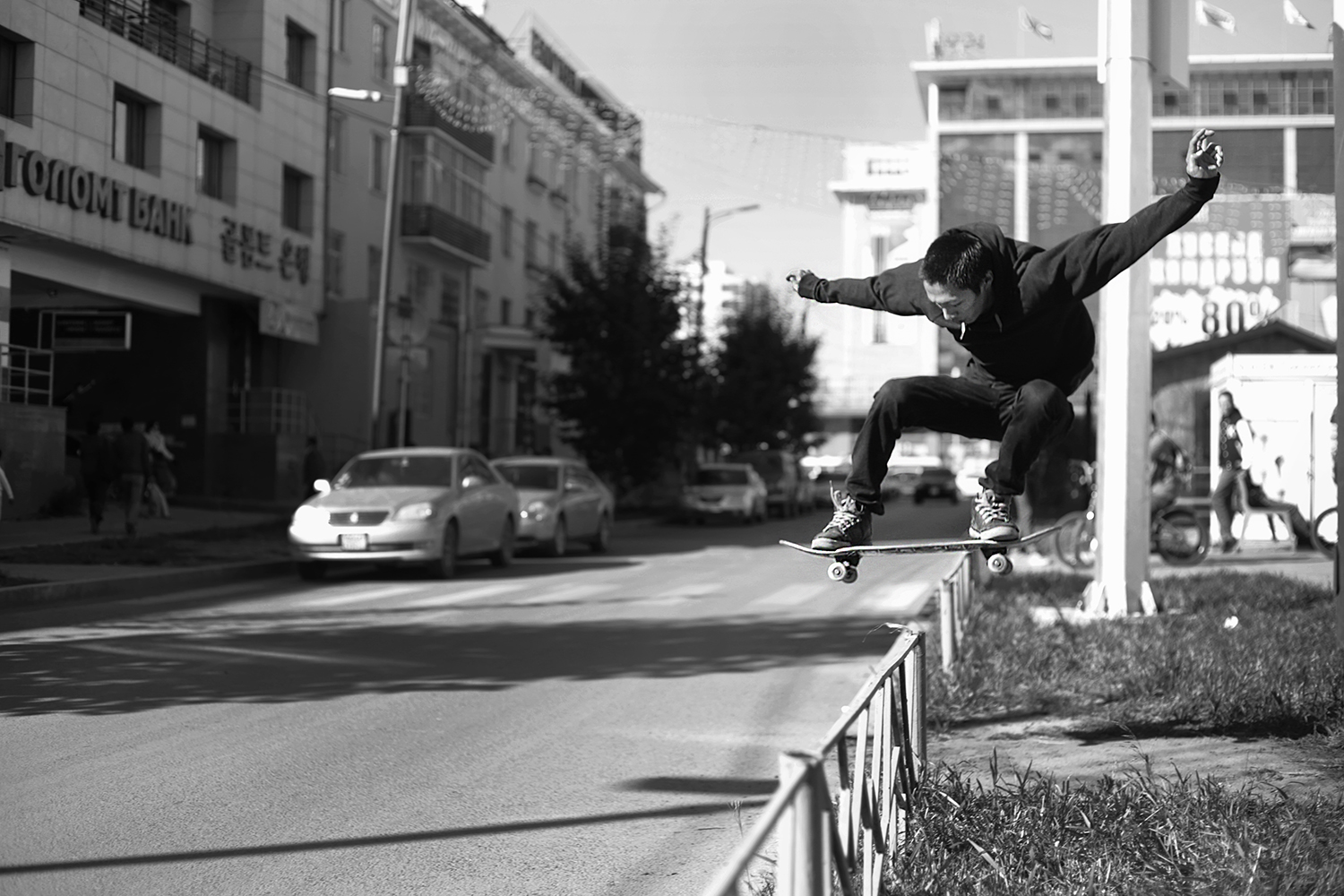 Several of the skaters discussed and interviewed in Bejan’s story are featured in this 2013 documentary – a homegrown film shot and narrated by those on the frontline of the country’s skate scene. The film depicts many of the young kids to have found freedom and creative expression through the sport, along with their desire to instil the same values in the younger generations surrounding them.

A sequel of sorts to the above short, this freshly-released doc is a rapid-fire montage of Mongolia’s skate scene, kids spiralling off of ledges, bombing through city streets, and laughing off injuries. Killer soundtrack, too.

In 2004, Carhartt brought their skate team over to Mongolia to track down a giant skate park erected in the middle of Ulaanbaatar. But right before they arrived, the park was torn down. The premise provided the backbone for their documentary Mongolian Tyres, which chronicled what was then the very beginnings of the local skate scene in the nation. It makes for an interesting bookend to Carhartt’s new film…

…which revisits the same skate scene ten years later. This new documentary, directed by professional skateboarder Stephen Roe, explores the changes in Mongolia’s skate scene over the past decade, as well as the newfound freedom being experienced by young people across the country.

Eddie Purev is the founder of the Uukhai skate crew, and one of the many faces profiled in the complete Huck article. In 2014, he spoke at a TEDx conference in Ulaanbaatar about skate culture, his hopes for the future, and the issues facing young people in Mongolia.

And Mongolia’s burgeoning cultural scene isn’t just confined to skating. Since the country transitioned to independence, Mongolia’s youth have come of age accompanied for the first time by the sounds of punk, metal and rock. Local bands are now fusing musical influences from outside the country with sounds inspired by their own cultural heritage. Mongolia’s burgeoning rock scene is explored in Lauren Knapp’s Live from UB, which premieres at London’s Asia House Film Festival on February 24.

Read the full article on the Uukhai Skate Crew in Huck Issue 54 – The Defiance Issue. Grab a copy in the Huck Shop or subscribe today to make sure you don’t miss another issue.

Linkedin
RELATED ARTICLES
OTHER ARTICLES
The photographer describes taking inspiration from Magnum photographers to craft an intimate and revealing portrait of the city.
Recent research is highlighting the drug’s enormous potential for treating substance abuse.
The demonstration took place this week over plans to slash £50m from arts bodies in London.
Hackney Bumps is a DIY sanctuary in the heart of East London, home to a thriving diverse community of skateboarders – and beyond.
Photographer Jeffrey Silverthorne always treated his subjects – often those living on the margins of society – with empathy and respect.
A new exhibition is marking the photographer’s 100th birthday with a look back at his extraordinary career.