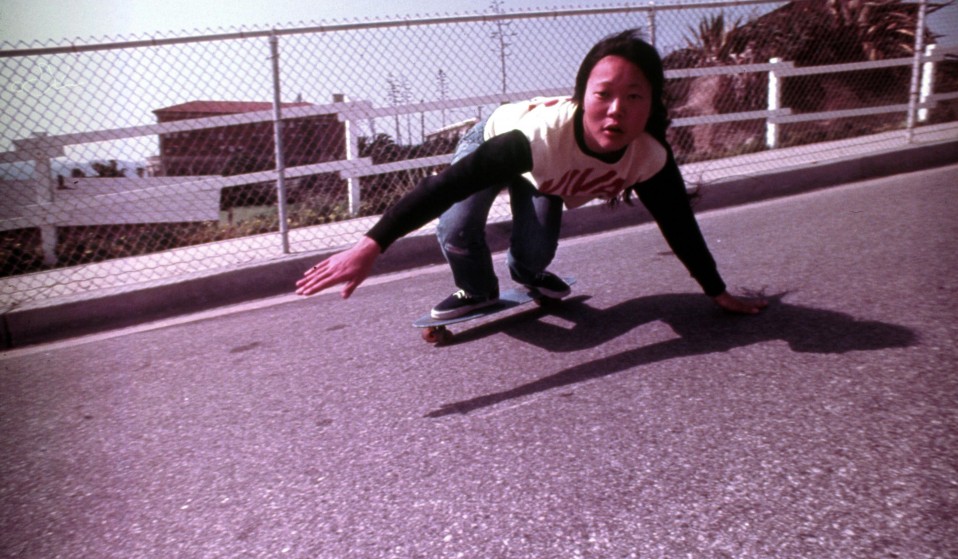 Growing up in Southern California, skateboarding, surfing, and revolutionising a sport into a cultural movement that continues to fascinate decades on; The Z-Boys skate team has long since acquired an almost mythical reputation.

In Huck 49 – The Survival Issue, Peggy Oki talks about the reality of the skate scene of the 70s, what it was like to be the only girl on the team – not that remarkable – and her relationship with nature (she’s a passionate activist and environmentalist).

But the main thing Oki remembers of those days is that they were fun. Skateboarding was their life and passion, and they pursued it with almost blind enthusiasm. “I just knew that I loved skateboarding. I wanted to skate, these guys wanted to skate, and that’s all we focussed on.”

Listen to our 1970s skate playlist to channel some of those Southern California vibes.

What Jimi does best – something to do with a guitar.

Hair of the Dog, Nazareth

Some Scottish hard rock will do the trick.

Teenage rebellion is never a far away with Alice Cooper.

At the California Jam festival in 1974, Space Truckin’s infamous guitar solo involved Ritchie Blackmore smashing one guitar over the edge of the stage, a second against a TV camera, and setting his amplifier on fire – which exploded.

One Way Out, The Allman Brothers’ Band

Read the full article in Huck 49 – The Survival Issue. Get it in the Huck Shop now or subscribe today to make sure you don’t miss another issue.

Linkedin
RELATED ARTICLES
OTHER ARTICLES
History has her down as a skateboarding pioneer, but Peggy Oki’s true mission has only just begun.
Celebrating the wave of female rebellion, driven in part by Viv Albertine, former guitarist of 70s all-girl punk band The Slits.
Huck’s search for an indie culture manifesto continues. After you’ve made that first jump into the unknown, where do you go next? The Survival Issue asks how to fight against the odds to move forward and keep the show on the road.