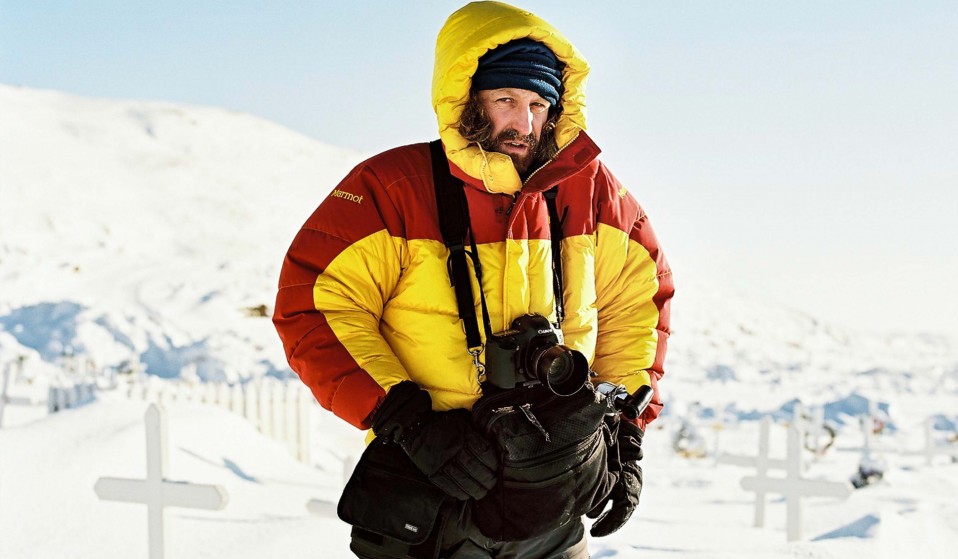 America’s National Radio Quiet Zone is one of the few places in the western world where you won’t be disturbed by tweets, status updates, texts or phone calls. You can’t even pick up the radio.

This 13,000 square mile area in West Virginia enforces absolute radio silence so that a powerful telescope at the National Radio Astronomy Observatory at Green Bank can scan outer space uninterrupted.

In Huck’s Adventure Issue, photographer Emile Holba explored the Quiet Zone to document this unique area and the people – natives and digital runaways – who call it home. He also recorded his experience as an awesome BBC Radio 4 series, Into the Quiet Zone.

We reached out to Emile to put together a playlist of his favourite books, films and music that have served him well on past adventures. 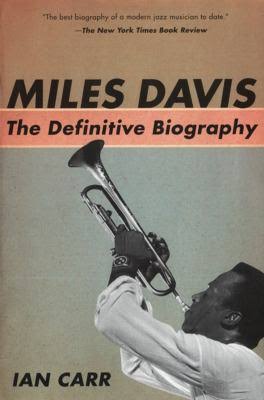 Simply one of the finest, authoritative, revealing and critical biographies of any musician from any era or genre. The late musician, broadcaster and author Ian Carr revised his acclaimed 1982 book on Miles Davis into this truly definitive read – classic.

The Fast Show jazz parodies don’t get a look in here. Let’s not forget Miles’ 5 decade output from collaborations with Gill Evans on 1958’s Porgy & Bess through to straight out fusion with 1972’s On The Corner. I was lucky enough to witness Miles live at the Royal Festival Hall in 1989. Astonishing.

The Great War for Civilisation: The Conquest of the Middle East by Robert Fisk

Confused with the myriad of struggles and violence in the Middle East? Robert Fisk strips away the global media’s lazy and myopic reporting (mostly loaded with hidden agendas) and presents, in great analytical detail, a story of ‘how we got here’. Like Adam Curtis’s lucid film Bitter Lake, one needs to look through history to learn, the hard way, that we don’t learn from history. Don’t allow the 1000+ pages put you off – The Great War for Civilisation is a journey that’s full of culture and understanding too, beautifully written by an informed and humanist reporter.

The Foundation Trilogy by Isaac Asimov 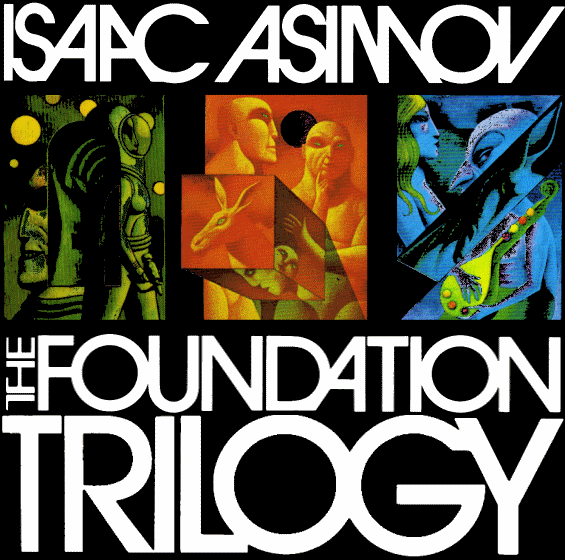 In the noughties I moved to Berlin for 4 years and found a super altbau apartment on Tucholskystraße directly above a fantastic bar/restaurant called the Schwarzwaldstuben run by the legend in a white suit, Tillman Vatter. I practically lived in there. To accompany my growing kaffee addiction one summer, I sat down and read Isaac Asimov’s Foundation Trilogy back to back. I was blown away.

Berlin melted away rapidly, as I was transported onto planet Trantor and into a world of Psychohistorians, Encyclopedists, Mayors, Traders and Merchant Princes. I understand that various screenplays have kicked around Hollywood for years. Let’s hope they never receive a studio’s film production green light to join the legion of books that don’t translate onto the big screen. The subtext to Asimov’s Foundation is nothing short of prophetic.

In The American West by Richard Avedon

For me, In The American West is probably the most insightful photographic portrait series ever produced from one of the greatest photographers, Richard Avedon. Produced over a five year period, starting in 1978, the resulting work comprises of 125 black & white photographs shot on stunning 10×8 large format film. Released a hardback in 1985, even the 20th anniversary edition is out of print, so prices for used can touch the £200 mark. If you like Richard’s photographic eye, then be sure to watch the fantastic film Darkness and Light, which chronicles his life behind the camera.

Murcof’s third album Cosmos represents the perfect balance of ambient, glitch, drone and orchestral-like electronica. Dare I say darker than much of Murcof’s output, his arrangements on Cosmos are meticulous and crawl over you and dig deep, sending you into another world. The organ sounds that triumphantly break up tracks four and five – Cosmos II & Cometa, sound as though they call from deep space. The evocative sonics of the future littered throughout the album were a perfect accompaniment to my BBC Radio 4 series, Welcome To The Quiet Zone. I’ve long imagined that Cosmos aurally defines space & time and when I had the opportunity to mix them into the series’ soundscore, I couldn’t have been happier!

I was driving back south from the Lake District very late one night in 2003. BBC Radio 3’s Late Junction was on the radio and played out a complete track from Weather Report. I was transfixed by the quality of field recording and editing. The album has three tracks of near equal length but build three vastly different soundscapes – one recorded in Kenya, the second in a Scottish glen and the final out on the limb of a glacier falling into the Norwegian Sea.

Although now famed for his nature recordings – he was also a founding member of the highly influential Cabaret Voltaire and Chris deploys his thorough understanding of mixing sound with field recordings to astonishing effect. Two years ago I received a commission to shoot a portrait of Chris. Like a fanboy, I waxed on about how beautiful the record is, much to his humble amusement.

With the the film Straight Outta Compton receiving a tonne of promotional hype, I thought it fair to shine a spotlight on one of the original ‘gangsta rappers’, Schoolly D. Along with his DJ Code Money, records like ‘P.S.K What Does It Mean?’ & ‘Gucci Time’ dropped in the mid eighties and along with much forgotten Go-Go music (shout out to Trouble Funk), put Philadelphia on the map.

In 1983 at secondary school, I absorbed hip hop like a sponge – recording to C90s all the East Coast tracks played on radio, mostly pirate stations back then. When I had the money I went to Groove Records on Soho’s Greek Street and proudly picked up some incredible 12” imports.

Roberta Flack’s 1969 debut album First Take is one of the finest albums released from the mighty Atlantic Records. Four years before her fame was cemented with her rendition of ‘Killing Me Softly with His Song’, //First Take is pretty well the most delicate, yet soulful records I’ve heard. No filler, wonderful warm production – each track is a gem. ‘I Told Jesus’ is just ridiculously sublime. 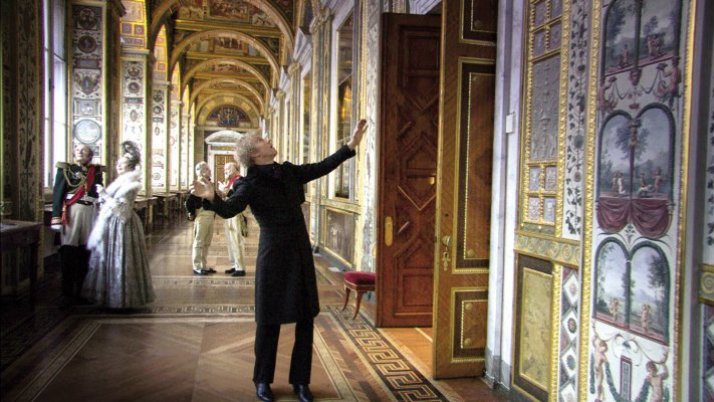 Where do I start? I was so mesmerised watching it at the cinema buried under the Brunswick Centre, that don’t think I sat back in my seat throughout the film’s duration. I was transfixed. You may have heard that the whole 99 minute film was shot in one take, in one day, in a specially-closed Russian State Hermitage Museum and that it was the first film shot in uncompressed digital capture – yep, its all true. What you may not hear about is the richly described history of Russia spanning the last 200+ years seen through the eyes of the narrator – a 19th century French aristocrat. But please don’t view the trailer. The voice over is a fucking joke…

The Great Beauty by Paolo Sorrentino

I generally love Paolo Sorrentino’s work but The Great Beauty, Paolo’s homage to Rome, is on a whole different level. Gloriously shot, this is a cinematic tour de force with Toni Servillo leading the way as a novelist questioning his position at the top table of Italy’s elite. You will not see more accurate or scathing satire of Berlusconi’s Italy. Profound film making.

Werner Herzog is a hero of mine with a filmography so comprehensive, you could write a thesis on the list alone. As well as making compelling and unique original feature films – ANY of the five films he made with German actor Klaus Kinski for starters – Werner is a fascinating documentary maker.

One of his most intriguing documentaries is Grizzly Man, his portrait of Timothy Treadwell, a self confessed and obsessive bear expert. Made from archival footage shot by Timothy himself over 13 summers in remote Alaska and pieced together with interviews of people close to him and the locations where he studied the bears. The film climbs into a person’s psyche and under one’s skin. Sad, yet strangely enlightening in equal measure.

Check out the full article in Huck 51 – The Adventure Issue. Grab a copy in the Huck Shop  or subscribe today to make sure you don’t miss another issue.

Linkedin
RELATED ARTICLES
OTHER ARTICLES
The Adventure Issue takes Huck’s search for an indie culture manifesto into uncharted territory.
In Huck 51, photographer Emile Holba explored America's National Radio Quiet Zone, a 13,000 square mile area of radio silence in West Virginia where a giant telescope scans outer-space.
Photographer and wanderer Laura Austin has made a career out of a curiosity for the open road. Here the rolling stone reflects on the passion behind her pilgrimages.