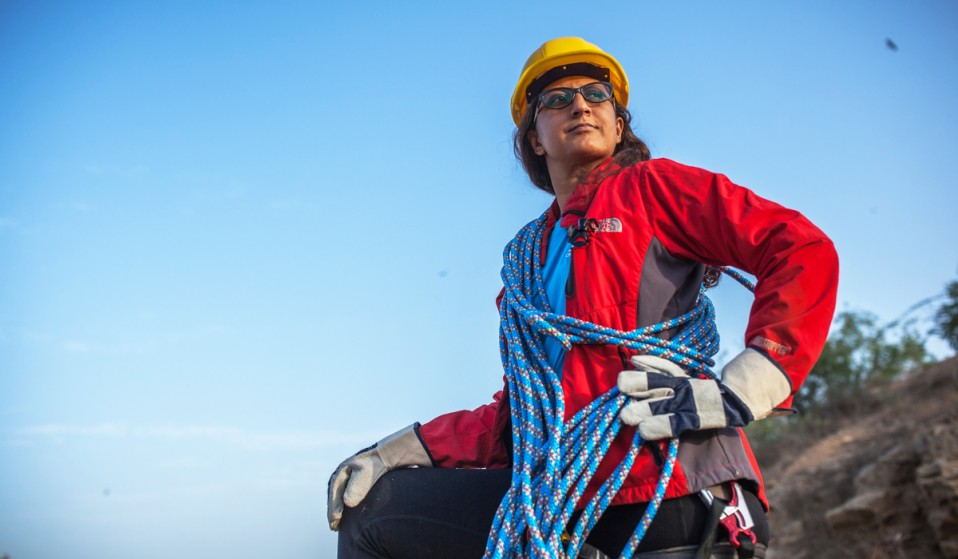 In a remote corner of Pakistan, a wave of female climbers are conquering monumental peaks for the first time – overcoming social barriers and setting records in the process.

smoking cigarettes at a high altitude, without water or food, is a poor decision. This was a lesson Shehrbano Saiyid learned the hard way 6,000 metres up in Pakistani’s Karakoram mountain range.

While descending the northern peak Manglik Sar, she began to feel ill from the elevation on an empty stomach.

Shehrbano ate some snow and just about mustered the energy to continue, only to realise that she and her crew were on track to complete the summit and descent in just nine intense hours. 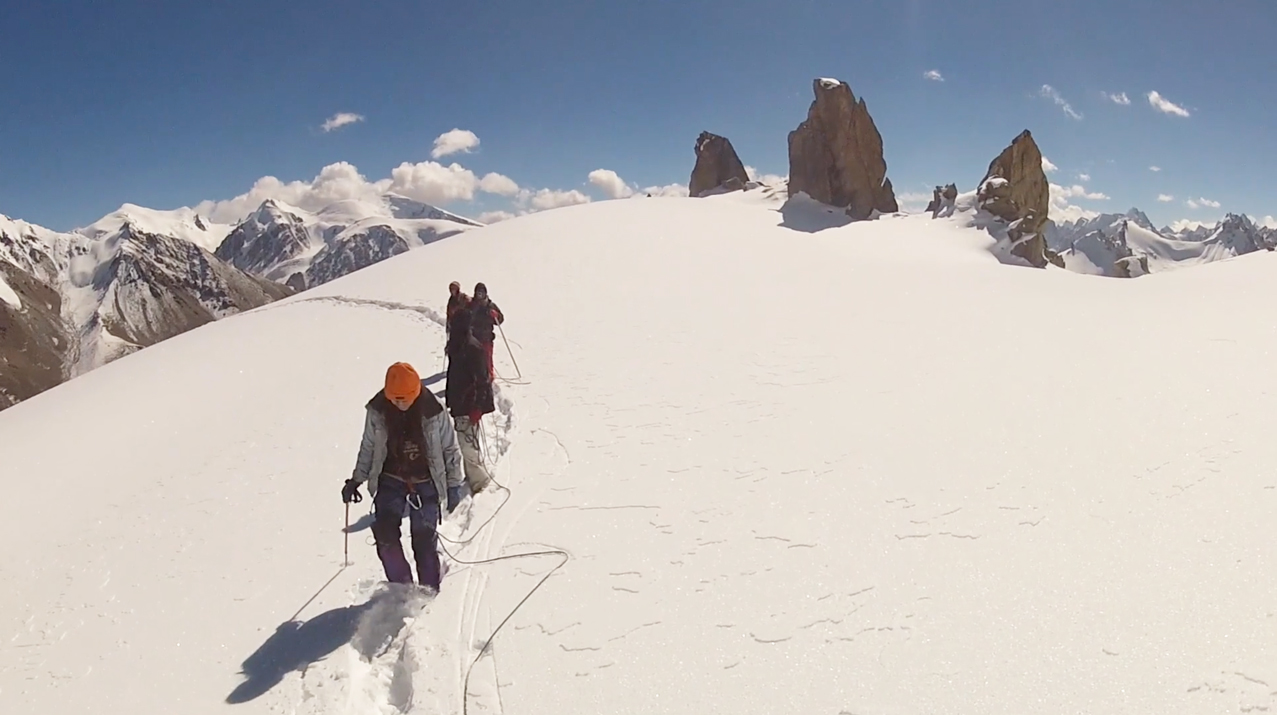 Shehrbano was the slowest of the nine women coming back down that morning, but without her they wouldn’t have been climbing the mountain at all.

The 35-year-old’s new documentary The Unknown Mountaineer captures an underreported and under-appreciated facet of Pakistan: that in a remote corner of the country, young women are quietly scaling both mountains and social barriers.

Dressed in a camel-coloured sweater and jeans, the only hint of her real passion a discarded red North Face jacket in the corner behind her, Shehrbano speaks of the area softly but with intense conviction. “It is this landscape,” she says, “that makes you everything that you are.” 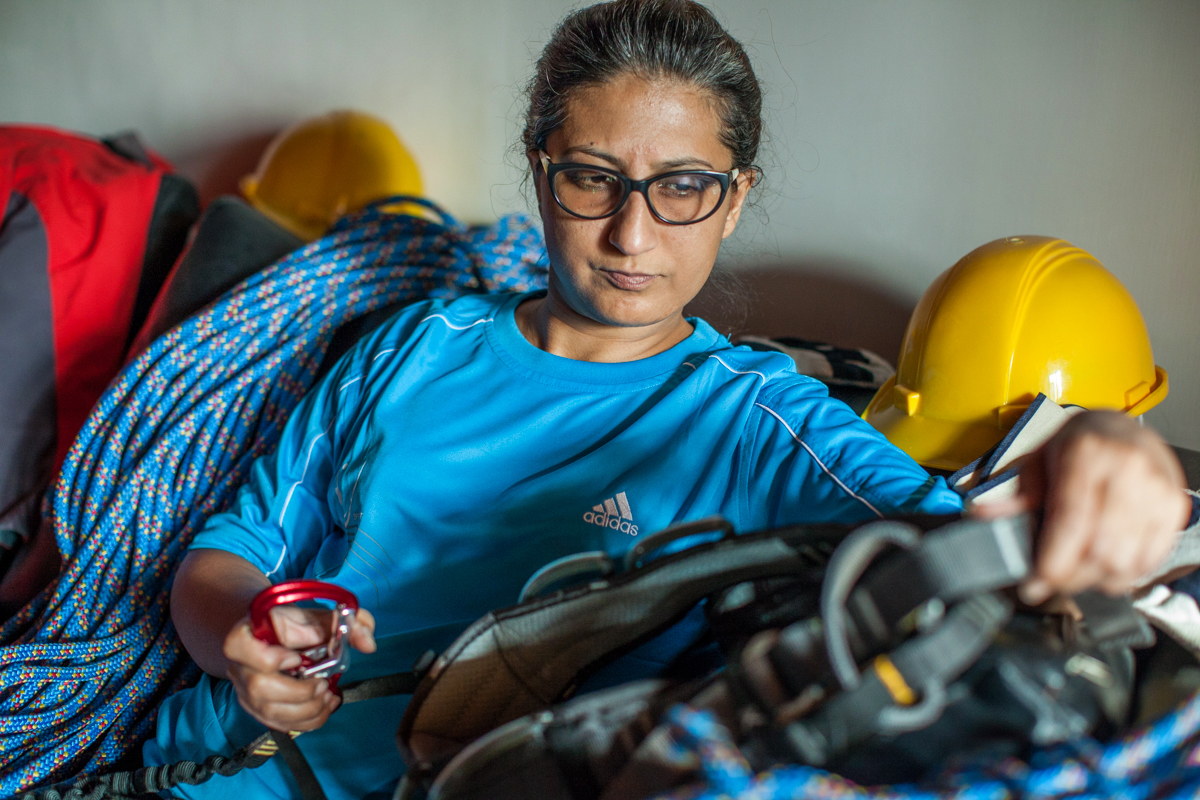 The settlement of Shimshal – a string of villages near the Chinese border, 3,000 metres above sea level – remains relatively unknown by Pakistanis and foreigners alike.

It’s a climate of harsh beauty and thin air, where mud-brick houses sit like Lego pieces tucked between snow-capped peaks. On a clear night, the stars seem endless.

Until the construction of a road here in 2003, the four villages comprising this community were virtually cut off from larger towns at lower altitudes; the nearest connecting highway being three days away on foot.

Perhaps unsurprisingly, the area is renowned for climbing guides who have accompanied mountaineers for generations, often undertaking great risk.

In 2009, the Shimshal Mountaineering School was founded to formalise training – and soon became a pioneering advocate for female mountaineering.

Today women whose fathers and brothers traditionally worked as porters are finally learning to climb the peaks of their homeland themselves. 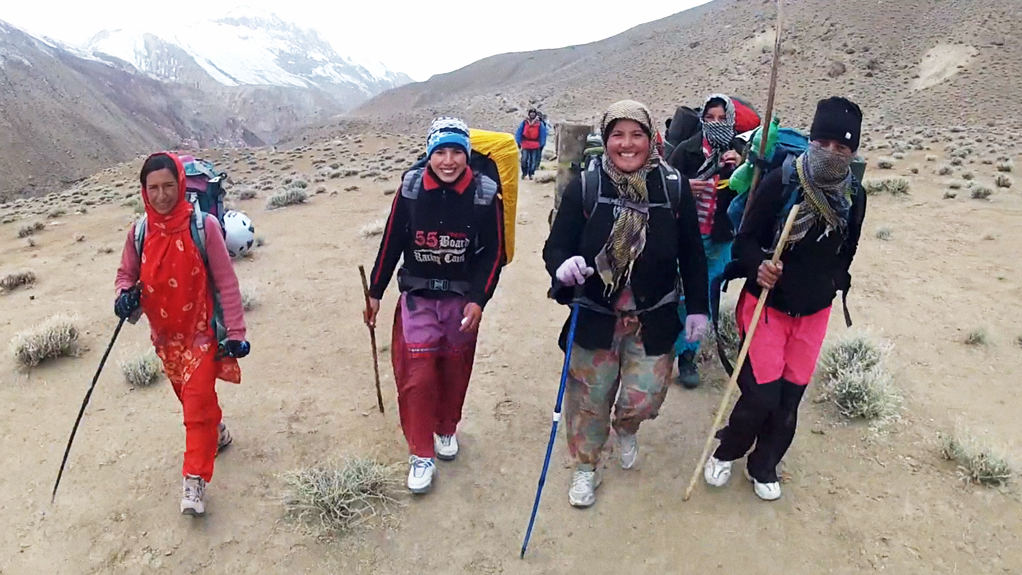 Shimshal has become a second home to Shehrbano, who was raised over 2,000km away in Karachi. She discovered it on a school trek in 2003 during her undergraduate degree at the Lahore University of Management Sciences.

On another trip back in 2009, she learned of the Mountaineering School’s work with Shimshali women – and immediately knew she wanted to make a film about it one day. That idea took shape while studying a masters in journalism at New York’s Columbia University.

“If I am doing a film on women climbers and I am a climber myself,” she says, “why not climb together, film it, and set a record or two?”
https://vimeo.com/255199408
In 2012, she and eight Shimshali women set several milestones in one trek. The group, known officially as the Pakistan Women’s Expedition (PWE), scaled three peaks in the Karakoram range.

Their first, Julio Sar, had yet to be successfully climbed by any non-professional Pakistani mountaineer. Their third peak, Quz Sar, marked the first unassisted climb for an all-woman team.

Those achievements are even more remarkable in the context of where they took place. Pakistan is home to some of the world’s most challenging climbs but, due to instability, it’s not always a popular destination for mountaineers. In June 2013, the Pakistani Taliban killed 10 foreign climbers and a Pakistani guide at a base camp of Nanga Parbat. 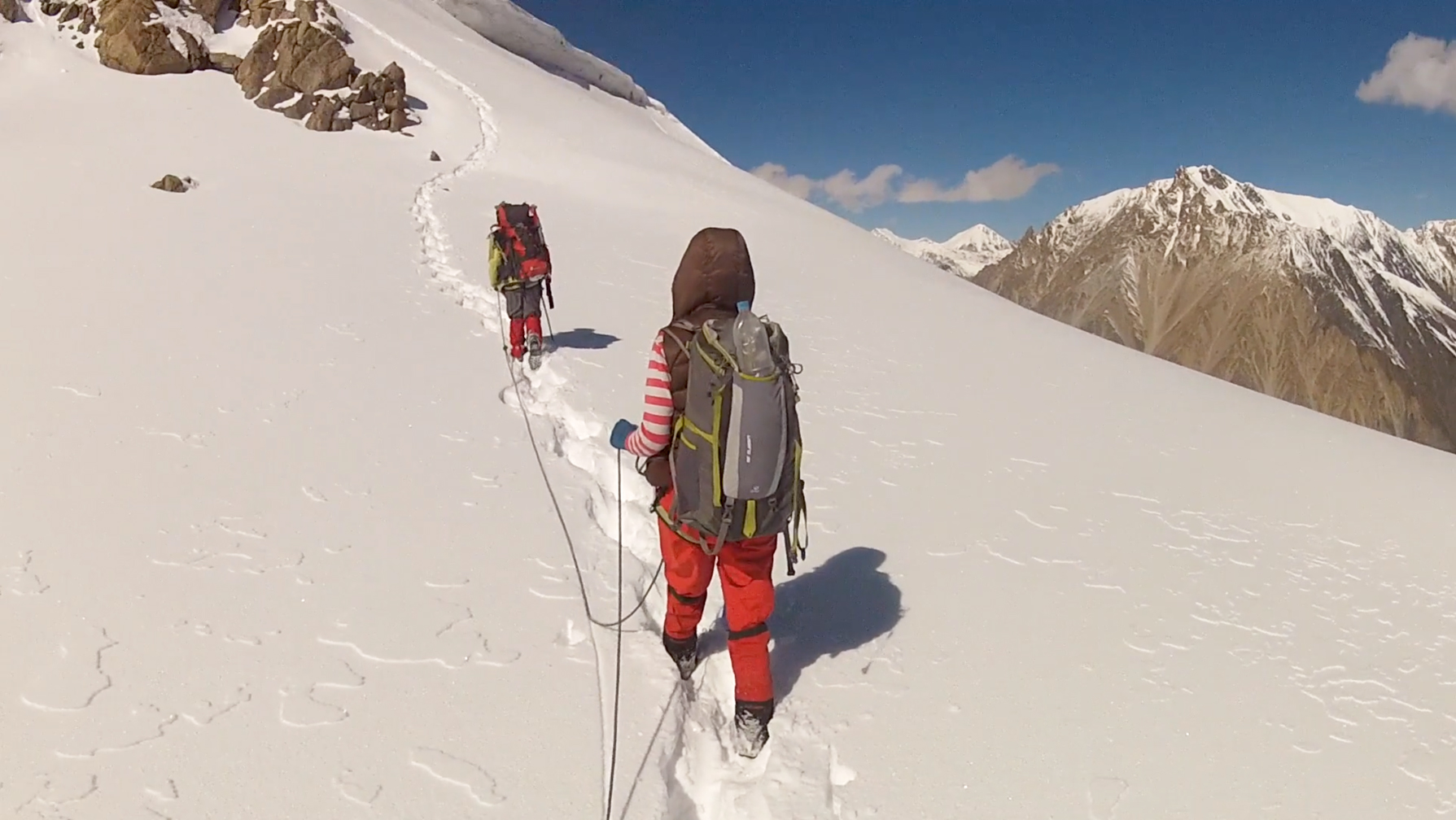 Security concerns aside, however, everyday life in Shimshal can be tough. It’s something that made a lasting impression on Shehrbano during her first visit.

Due to the unreliability of running water, women frequently fetch containers of it on their backs and carry large bundles of firewood to heat their homes. Education opportunities are limited too, with further schooling located in towns at lower altitudes.

The people of Shimshal are Wakhi, an ethnicity that belongs to the Ismaili sect of Shia Islam. Ismailis prioritise gender equality and women’s education, but many girls remain in their community in order to help their families survive. The eight women who accompanied Shehrbano, however, want to continue climbing either as porters or guides. 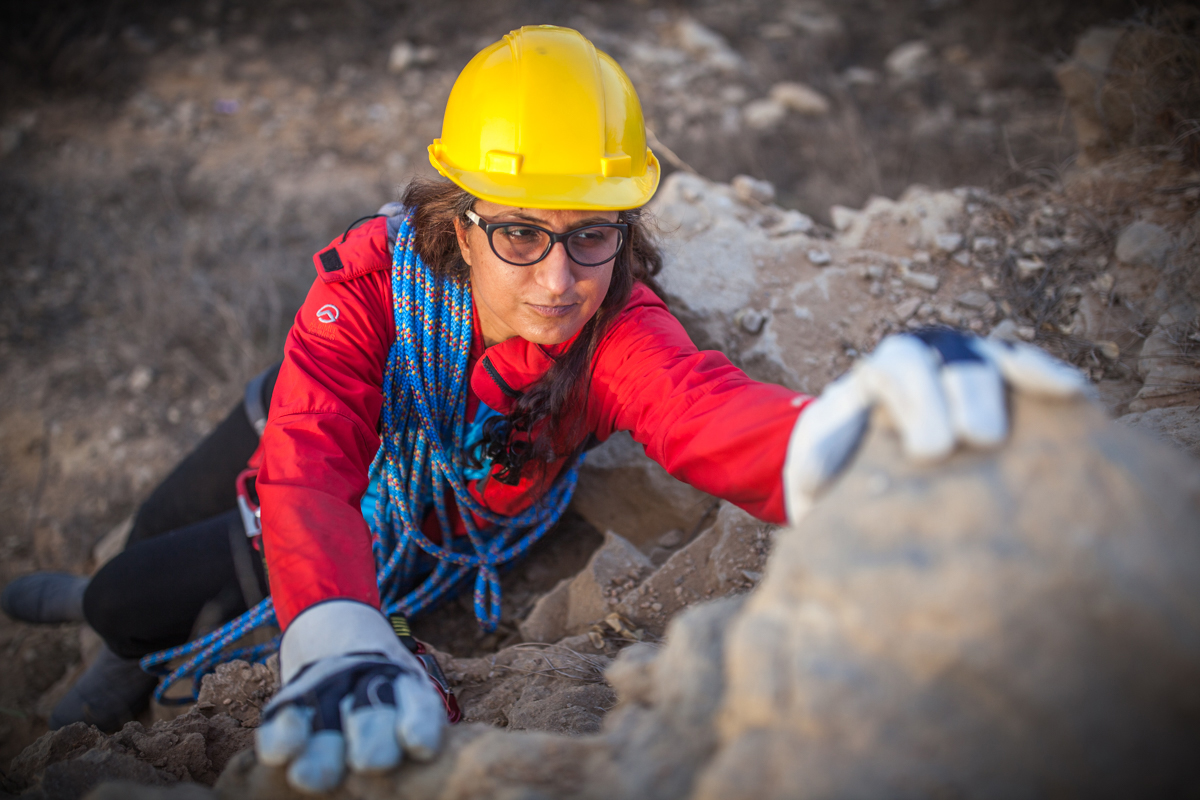 “These women are representative of everyone who wants to make something of their lives with whatever talent they have been given,” says Shehrbano.

These women are also inspiring others to follow suit. In March, nine-year-old Selena Khawaja became the youngest person to climb Quz Sar, the third peak climbed by the PWE.

It’s why, even after finishing her documentary, Shehrbano remains dedicated to climbing and the quest to support local female mountaineers. “The mountains are there,” she says finally. “We should bloody-well climb them.”

This article appears in Huck 65 – The Coming of Age Issue. Subscribe to make sure you never miss another issue.

Linkedin
RELATED ARTICLES
OTHER ARTICLES
While the Colston 4 verdict is worth celebrating, it‘s debatable whether the law would’ve had such empathy for Black people in the same position.
In Glasgow, life expectancy is reduced by 15 per cent. In a new project, photographer Kirsty Mackay reflects on the lives cut short.
Ahead of the policing bill reaching its final stages in the Lords, protestors came together to rally against the legislation.
During the pandemic, Made In Hackney launched a meal service that has since proved vital for many, made up of vegan dishes that reflect the borough‘s cultural diversity.
In 1984, Martin Shakeshaft set out to document the miner’s strike as it really happened, using his photography as a tool for activism.
In Sheffield, food delivery drivers are fighting back against one of the giants of the gig economy.