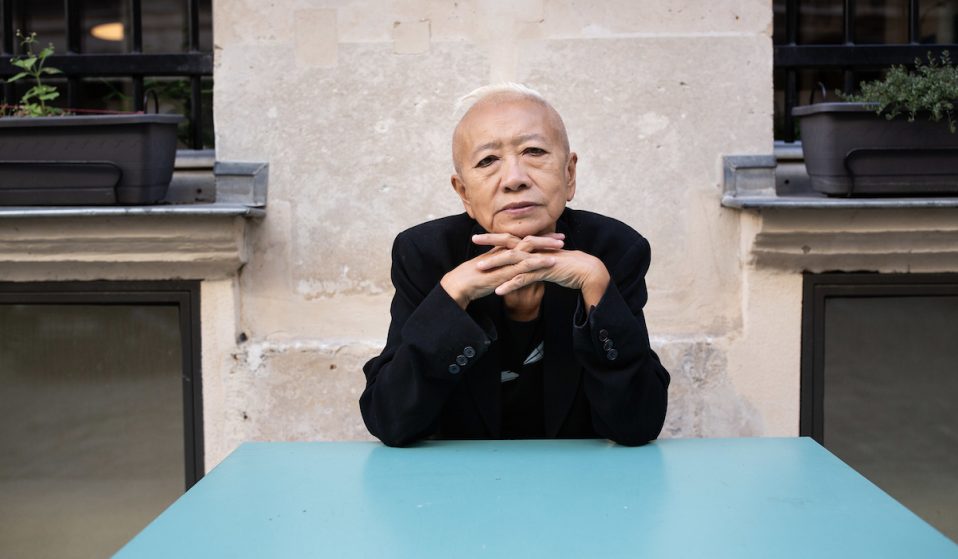 As a restless teenager living in Taiwan, Shu Lea Cheang often found solace in her university’s French Culture department. “I always tried to avoid school,” she says with a wry laugh, speak- ing over the phone from her home in Paris. “But Taiwanese filmmaking at that time wasn’t so good. It was mainly soap opera-type films… so I would go [there] and watch Jean-Luc Godard.”

It’s near impossible to put the 65-year-old into a box. As an artist, she’s built, hacked and adapted technology to fit her own activist agenda, earning a cult reputation in the process. When it comes to filmmaking, she’s made everything from political documentaries to sci-fi pornography. Whatever she feels like doing, she does.

A creative child growing up in Tainan, a small fishing village nestled away on Taiwan’s west coast, Shu Lea – the only member of her family interested in the arts – felt like a black sheep. So at just 15 years old she decided to relocate to the country’s capital, Taipei, alone. “I didn’t particularly feel lonely or anything,” she recalls. All she knew was that she was search- ing for her “own path” – nothing was going to get in her way.

After studying filmmaking, she stepped onto the industry’s career ladder and spent years training to become an editor. But soon grow- ing restless, she upped and left for New York, arriving at the height of the AIDS epidemic in the 1980s. “I feel like those were my formative years,” she says, her voice lifting at the memory. “It was very inspiring – it seemed like we were always on the street! We were all living in the East Village in these great communities, but it was the Reagan era – so we were dealing with a lot of issues.”

Among these issues was racism, which Shu Lea was learning to navigate having relocated from racially homogeneous Taiwan. (Despite a mixture of ethnicities, recent statistics suggest that almost the entire population is of Asian descent). Although her background was in documentaries, she felt compelled to respond to America’s political climate in a different, more abstract way. Having spent years experiment- ing with artistic techniques in private, she set about creating a bonafide, debut artwork: ‘Colour Schemes’. 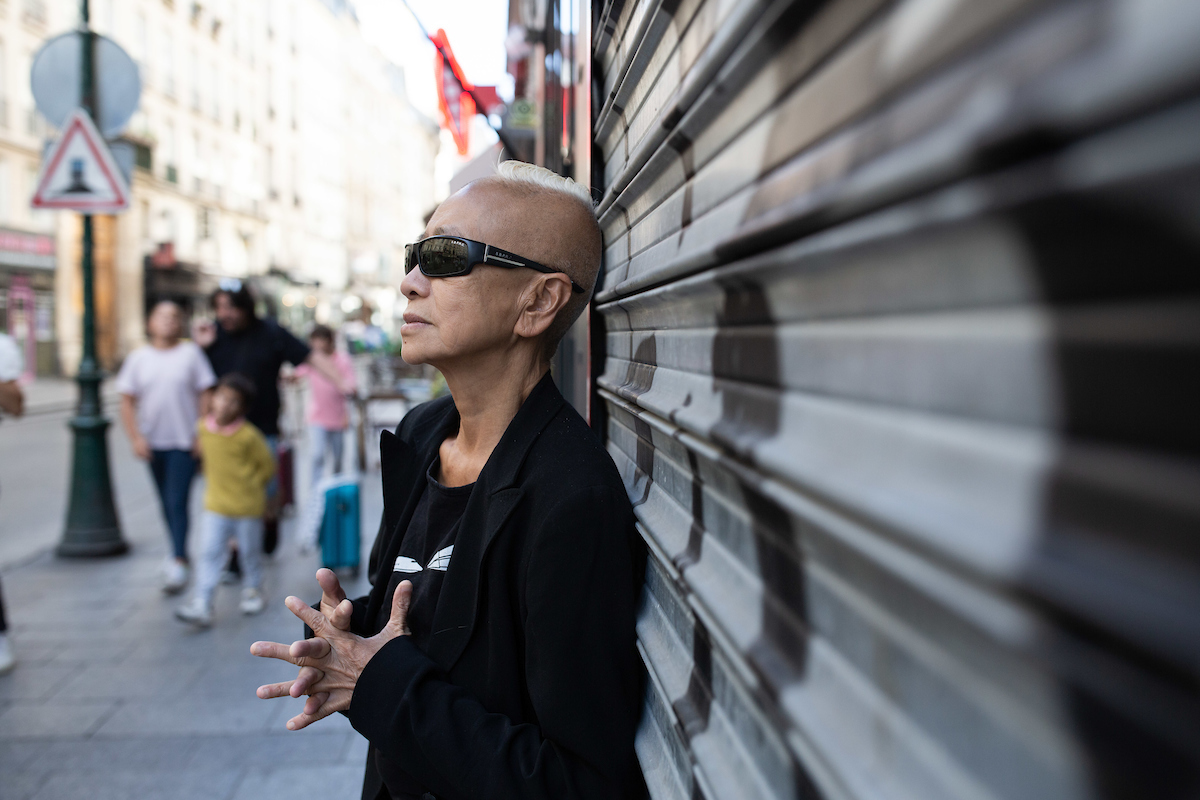 The project – a video piece – saw her ironically using washing machines as a metaphor for multiculturalism in America. “I modified these three washing machines by putting monitors inside them,” she explains. “The first thing you learn about washing is how to separate whites from the colours, so I used the washing cycle to talk about racial assimilation in America. I cast people of all races, and put them into that cycle.”

Exhibiting at the Whitney Museum, she won acclaim for her conceptual approach. It announced her as an exciting new name on the New York art scene. For Shu Lea, who hadn’t really thought about a career in art up until that point, it was a suitably unorthodox beginning. “It’s quite unusual,” she says, still sounding bewildered at the reception she received. “I didn’t go through the gallery route and I wasn’t particularly struggling, I just had these installation ideas. Suddenly – I’m an artist!”

As further opportunities presented them- selves and her portfolio began to grow, her desire to make work about uncomfortable political issues only grew stronger. In 1990, she flew to Beijing with a camera after martial law was declared and documented the two weeks of turmoil leading up to the Tiananmen Square Massacre. Six years later, she used a radar system to track a US military base and expose its violations against local women, the environment and land. (One such example is a 1995 case, in which three servicemen kidnapped, duct-taped and bound the hands of a 12-year- old local girl. Two of the men admitted to raping her, the third claimed he only pretended to do so out of fear.) Although the work was initially approved, Shu Lea faced administrative backlash when trying to move it to Tokyo. “In the end it did get shown,” she recalls. “But there was a lot of negotiation with the government.”

Working across a wide range of media – video, performance, installations, cyber-interfaces – Shu Lea’s art has continued to explore race, imperialism and power. It’s a multidimensional approach that’s seen her regularly using technology to imagine post-identity worlds. Her 1998 work, ‘Brandon’, is exemplary. A web project exploring the real-life rape and murder of transgender man Brandon Teena in his home state of Nebraska, it was the first internet art piece commissioned and acquired by New York’s Guggenheim Museum.

She returned to similar technological themes this year with ‘3×3×6’, an installation which used facial recognition techniques to scramble visitors’ faces, making them cross-racial, cross-gendered and ultimately resistant to surveillance. “There’s this idea that queer people and technology don’t mix – we just do the make-up, right?” Shu Lea laughs out loud before returning to her point: “But we have a tool which we can use in a subversive way. I really want to advocate for people not to be intimidated. We have to use it, we have to hack it.”

Today, Shu Lea describes herself as a digital nomad. “I started to travel a lot – I became dedicated to not having a physical residence,” she says, matter-of-factly. This pragmatic approach sums up Shu Lea. She is disarmingly charismatic, self-aware and fiercely intelligent – comfortable with her own status as an art world outlier.

Despite this, she wants her work to be popular – but only a little. “When a stamp of approval is put on my work, it legitimates it and brings it to the public. But I know I have to somehow remain marginal, with my own edge.” This is a precarious line to walk, especially in today’s conservative political climate – but Shu Lea’s instincts have rarely failed her.

She’s spent her life creating commentaries on real-world issues without buckling to commercial pressures. “I think by now I’m pretty badass – I simply defy any kind of genre that is imposed on my work,” she says. While Shu Lea still has new aspirations, she’s relaxed and secure enough to chase them at her own pace, without ever compromising the aspects of resistance and struggle that set her apart. She knows this makes her work niche, but ultimately, she remains unbothered. “I just keep trying, right?” 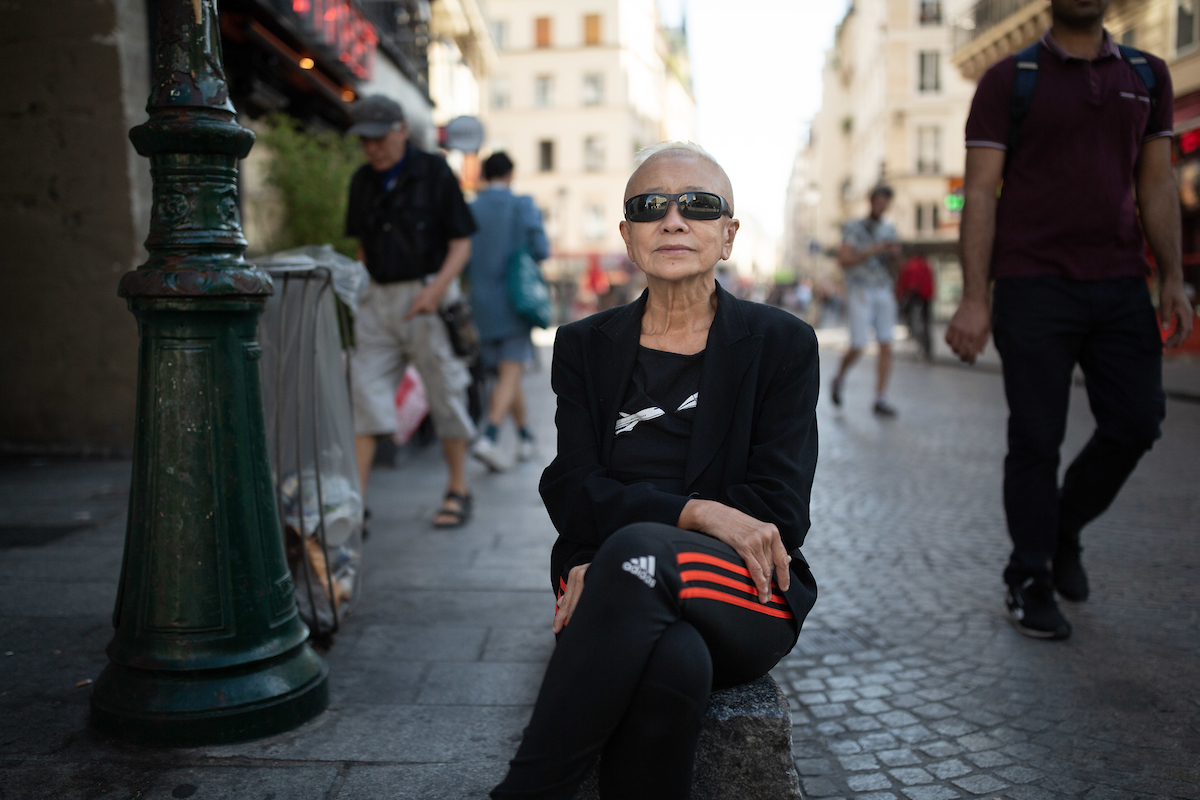 Linkedin
RELATED ARTICLES
OTHER ARTICLES
The last few years have seen an increase in LGBTQ-led initiatives to feed the hungry, with many finding ways to stay afloat despite the challenges.
Freddie Miller’s new series of photographs investigates who today’s trainspotters are and what drives their unfettered enthusiasm.
Finland-born photographer Sirkka-Liisa Konttinen looks back on her decades-long documentation of life in Northern England.
Curator Antoine de Beaupré discusses his immense record collection and what it tells us about the intersection of music, photography, art, and commerce.
The author discusses the all-consuming nature of heartbreak, and turning the experience into an incisive exploration of love and loss.
Wealth inequality and the rising cost of socialising is placing a strain on people’s relationships, reports Eve Upton-Clark.