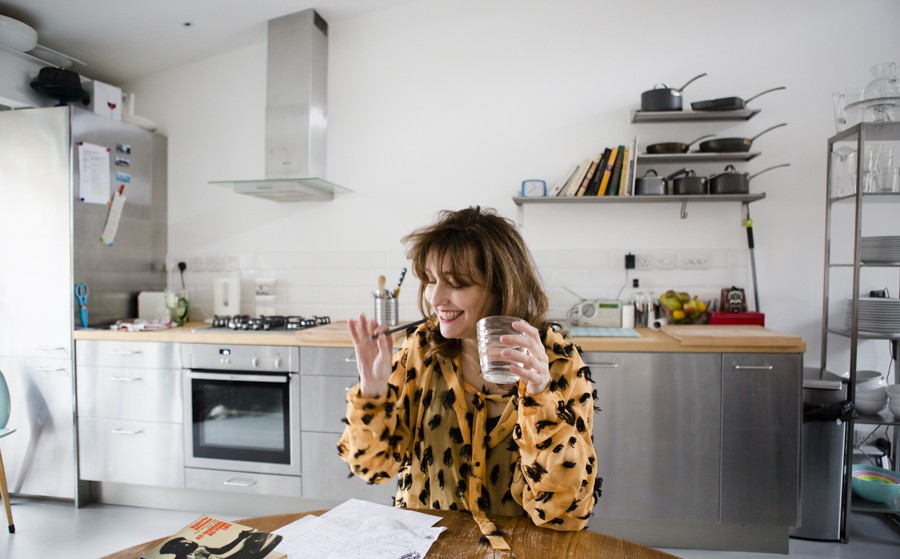 In Huck 49 – The Survival Issue, we talked to Viv Albertine about her days in punk band The Slits, the grounds for female rebellion, and the ways she is standing up for young women today.

The 70s saw a wave of radical female figures breaking with the narrow opportunities laid down for them to throw themselves into the punk scene and smash down barriers for future generations. At a time when very few women even drove, abandoning all social convention and going wild on stage (and beyond) was not a small step to take.

This playlist is a collection of the best and most radical frontwomen of the Seventies’ punk scene.

Marianne Joan Elliott-Said, otherwise known as Poly Styrene of X-Ray Spex was an archetypal punk feminist. Their single “Oh Bondage Up Yours!” says it all, really.

Siouxsie Sioux, Siouxsie and the Banshees

Formed in London in 1976, Siouxsie and the Banshees was headed by lead vocalist Siouxsie Sioux, who went on to define the post-punk era with albums such as The Scream and Kaleidoscope.

Known and loved by many, Debbie Harry, remains a popular punk icon and pioneer of female rebellion, confirming the lasting influence of the 70s’ punk movement.

Pioneer of New York City’s punk rock movement, Patti Smith’s first album Horses has been lauded as one of the greatest albums in music history, and she is still at the forefront of the music and art scene today.

Lead singer of rock band The Pretenders, Chrisse Hynde assembled the band and was the only member to stay constant throughout its drug-fuelled history.

Another household name in punk, Joan Jett was one of the founding members of the Runaways and continued on to lead Joan Jett & the Blackhearts; the rest is history.

Linkedin
RELATED ARTICLES
OTHER ARTICLES
Ahead of the release of their first collaborative album, the producer and rapper talk psychedelics and the state of UK hip hop.
A 37-year-old woman shares how her abortion led her to become a clinic worker, and the abuse she’s received in that role.
Thousands attended the annual event this year to wheelie through the city and call for ‘knives down, bikes up’.
With skyrocketing rents, packed out viewings, bidding wars and more, renting in London has never been harder.
Financial turmoil is pushing people who work in the sex industry into more dangerous and desperate situations as a means of survival.
Yesterday thousands gathered outside Buckingham Palace after news of the Queen’s death broke.