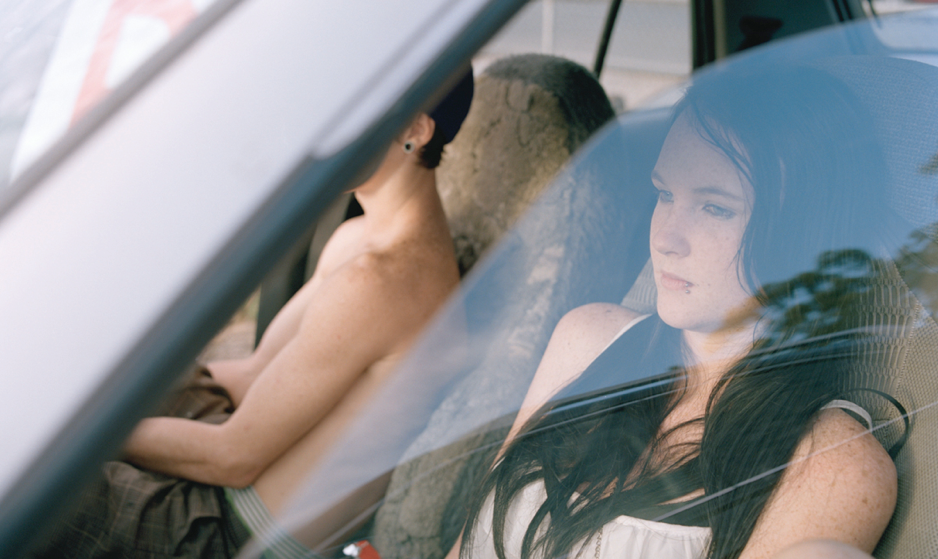 Nomadic photographer Ying Ang contemplates the meaning of home in her contribution to Huck 46 – The Documentary Photography Special II.

Her beautifully eerie portrait of Australia’s Gold Coast – the city she grew up in and has been trying to escape ever since – uncovered the darker side of life downunder in subtle Lynchian tones.

Now, as she hops between her various bases – flying between Melbourne, Singapore and NYC – to promote the photobook that came out of that personal project, there’s only one record worthy of playing on repeat. And that’s Karen O’s crushworthy Crush Songs.

Says Ying: “I’ve always loved album cover art, which is a large reason why I still buy and listen to vinyl. As soon as I saw this album I already wanted it to be a favourite. When the music started, I heard the girl in her, a little unsure, laced with angst and filled with the devastatingly hopeful/hopeless nature of adolescent crushes. I guess I’m still thirteen on the inside.”

Linkedin
RELATED ARTICLES
OTHER ARTICLES
Photographer Bud Glick recounts documenting everyday life in the area, and what it taught him about the Chinese immigrant experience.
One year on from the fall of Afghanistan to the Taliban, Tiara Ataii speaks to those who have been forced to make the treacherous journey to Europe for safety, and the barriers and horrors they have faced.
A new series of photos by Johny Pitts shines a light on communities and subcultures that have all too often been overlooked.
The author discusses her new memoir, which offers a sobering reflection on the racism and otherness she’s experienced along with a joyful celebration of her culinary heritage.
Last week, Tower Hamlets council removed its nudity-restricting licensing conditions in a huge win for London’s kink community.
With the virus now a global health emergency, we must take steps to fight misinformation and demand a swift UK-wide vaccine roll out, writes Phil Samba.