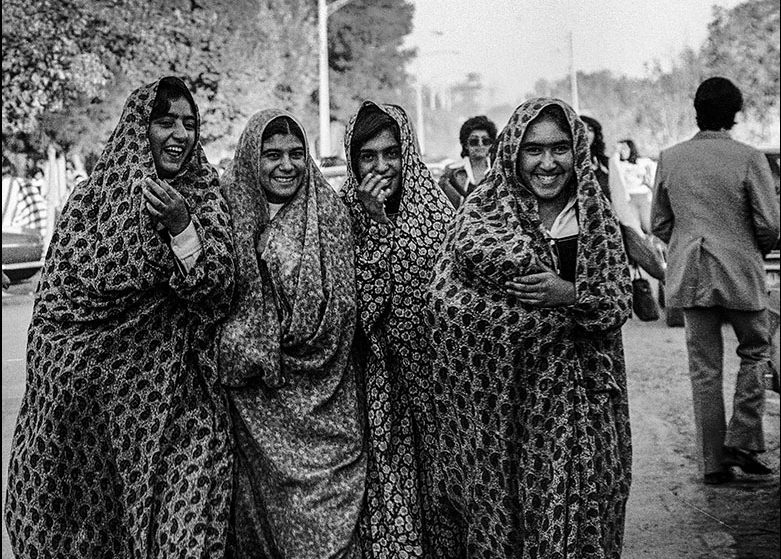 Photographer Janine Wiedel recalls travelling to Iran in 1976 to capture everyday life there, two years before the stirrings of the Iranian Revolution began and would irrecovably change the country.

Photographer Janine Wiedel recalls travelling to Iran in 1976 to capture everyday life there, two years before the stirrings of the Iranian Revolution began and would irrecovably change the country.

In 1976, political tensions were brewing in Iran. Only three years later, the Shah’s authoritarian, US-supported regime would be toppled by revolutionary forces led by Ayatollah Khomeini, ushering in a new era in Iranian history characterised by reduced civil liberties and anti-Western sentiment. In the years before people took up arms, the divide between secular and ultra-religious factions was deepening, as was the chasm between the rich and the poor.

It was at this time of looming trouble that American photographer Janine Wiedel travelled to Iran to work on an educational children’s book about the country. Alongside this project, she also captured a slew of black-and-white photos portraying the people of Tehran – children with mischievous grins, friends gathering around food, three young men balancing on a single bike. Wiedel’s pictures, which offer glimpses of a life about to be upended, are now set to be released in a new photobook, Iran 1976 (Café Royal Books). 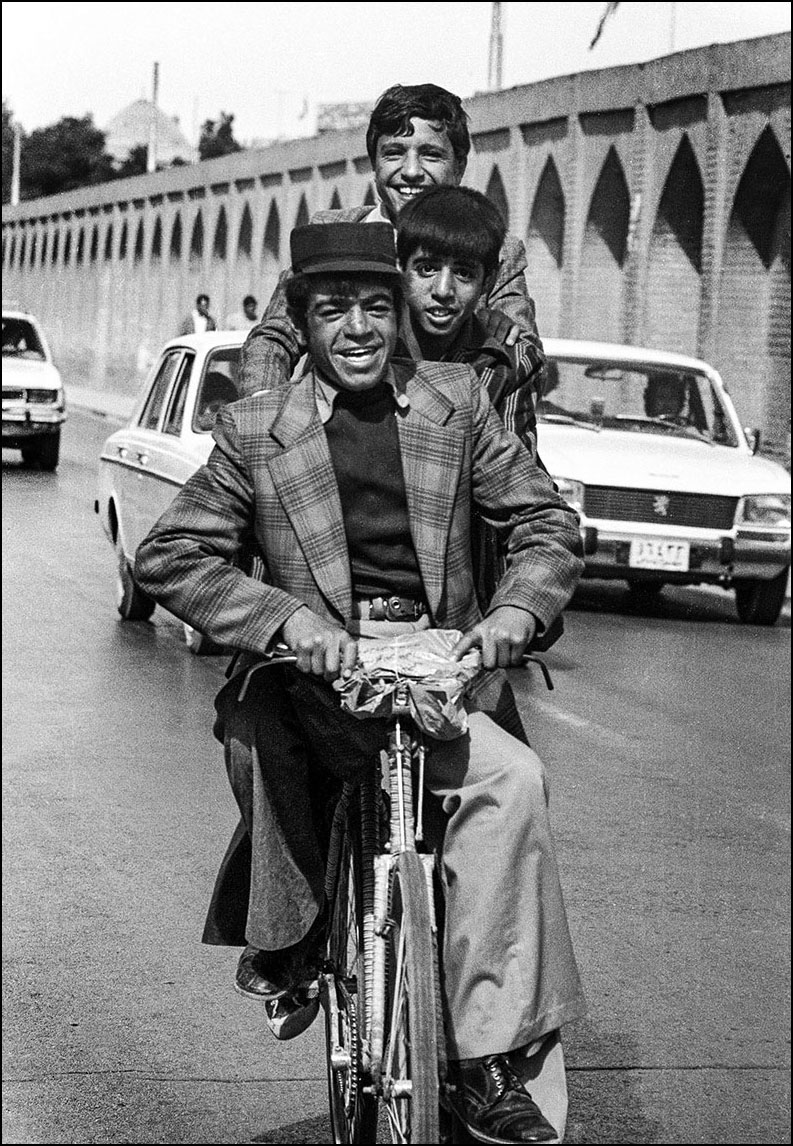 The Grand Bazaar in Tehran played a large part in Iranian society. During the 1979 revolution, it became a central force for pro-revolutionary feeling.

Wiedel found her trip to be stressful. Travelling on her own, with a US passport, Wiedel felt out of place in a country that was growing increasingly discontent with America’s political hold over the world. “On arrival, I had to officially sign in and inform the Iranian authorities as well as the US Embassy of exactly where I was and what I was planning to do,” she recalls. Her every move was watched by the Iranian secret police, who left fresh cigarette butts in her backyard every evening – either as an oversight or as a subtle way of making their presence known.

She also didn’t speak Farsi, which created a distance between her and her subjects that she tried to bridge as best she could. “The conversations were naturally limited by lack of language. But I always did try to make a connection,” she says. “It’s really important to make people feel at ease. I’m entering into people’s personal space, and it has to be respected and protected.” 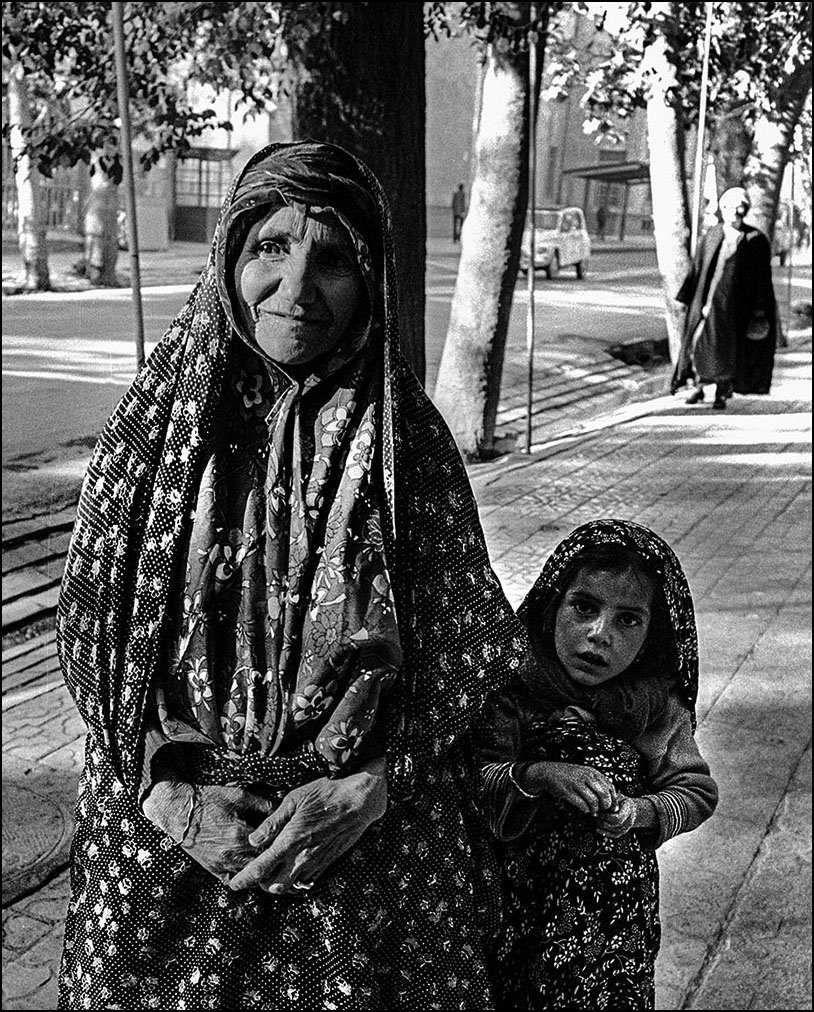 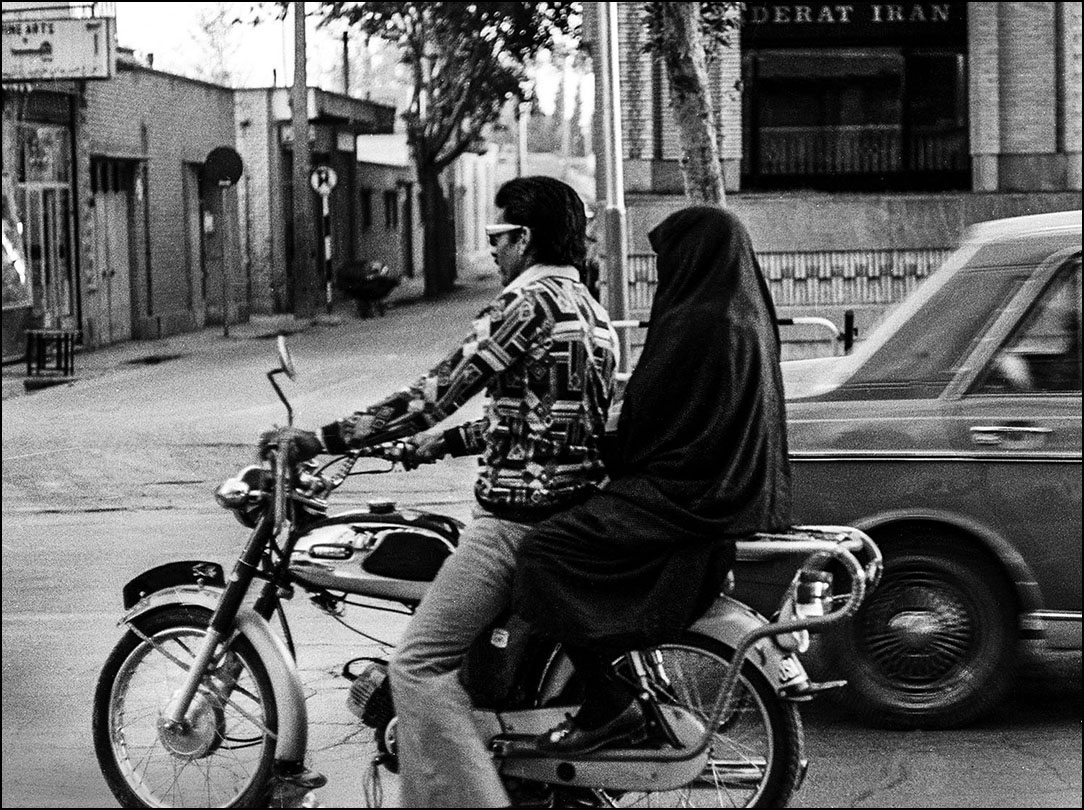 Woman in hijab riding on a motorbike, Tehran Iran 1970s

But perhaps the greatest hurdle Wiedel faced was navigating the city. “The streets were crammed with traffic and people, and no one took notice of traffic lights. There were huge trucks, horse-drawn carts, dilapidated bicycles carrying several family members. It was horrendous,” she says. What was almost bound to happen inevitably did: Wiedel had a car accident, as her driver veered off course and crashed the vehicle in a ditch on the side of the road.

Despite those nerve-wracking experiences, Wiedel remembers her time in Iran fondly. “It was so stressful, but it’s an amazingly beautiful and fascinating country,” she says. “I love adventures. I don’t have much fear when I’m behind the camera.” 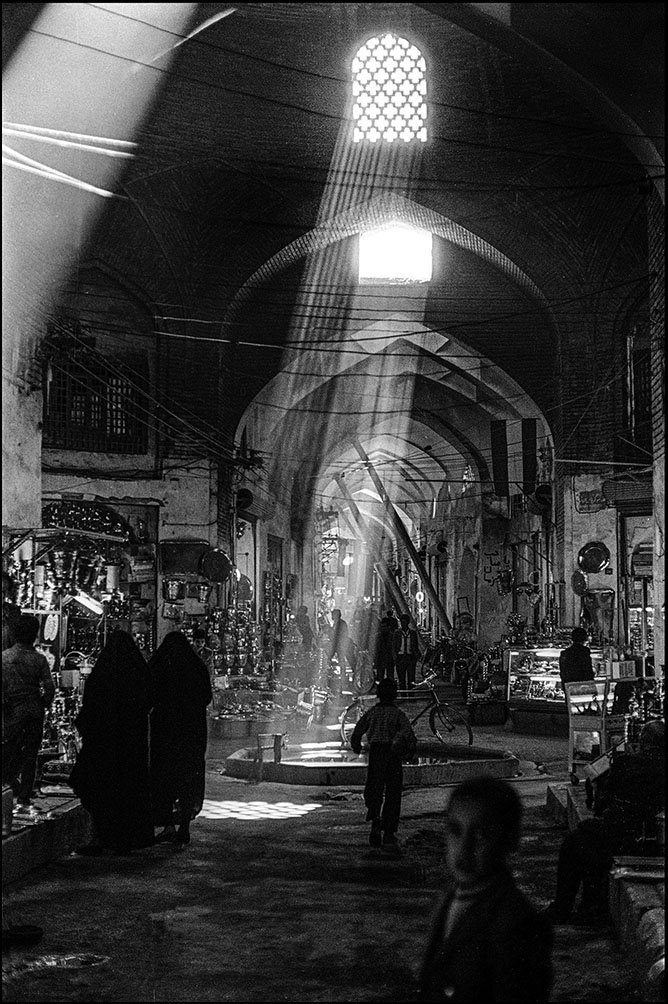 The Grand Bazaar in Tehran 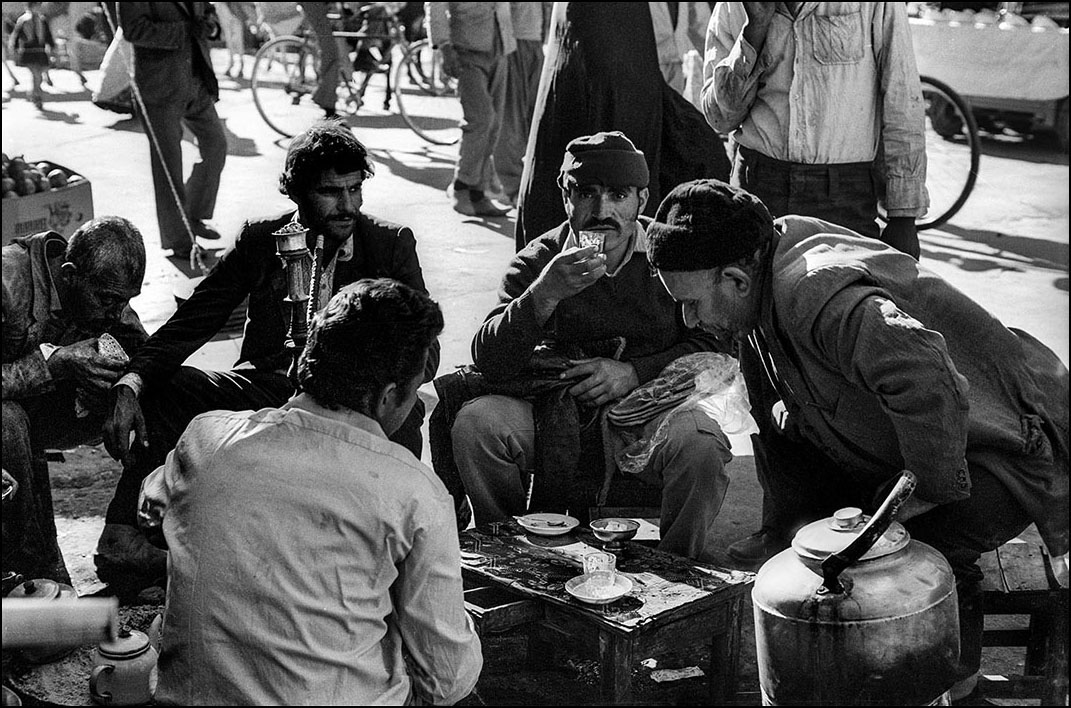 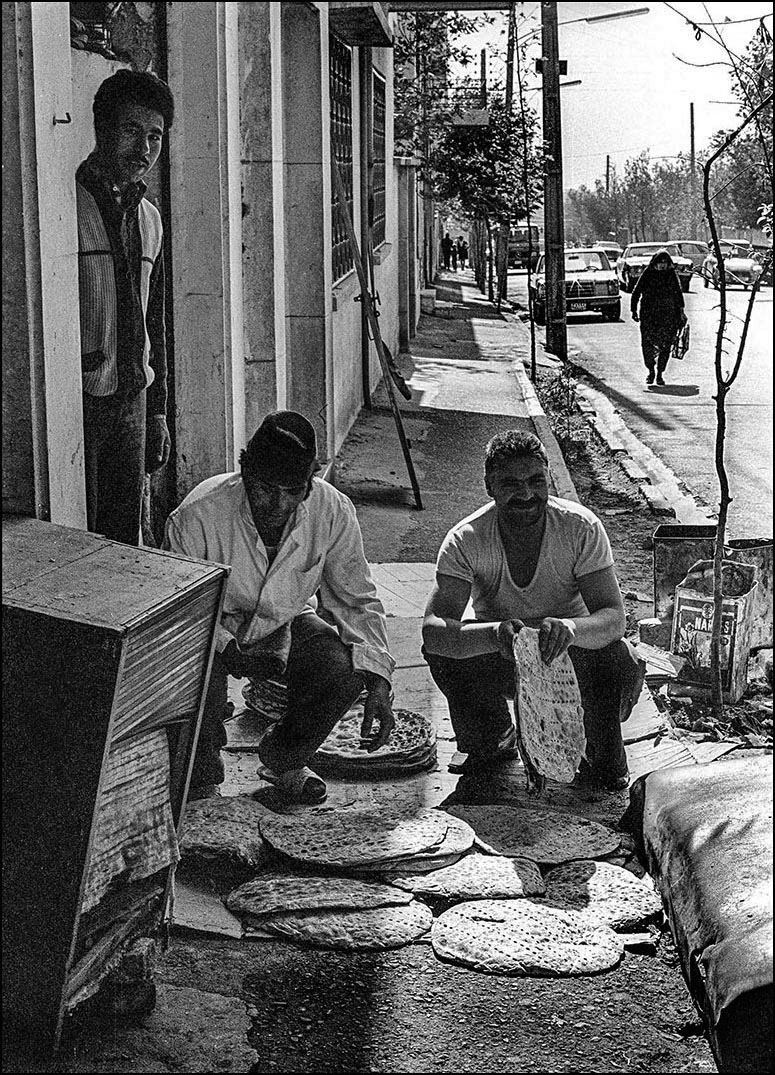 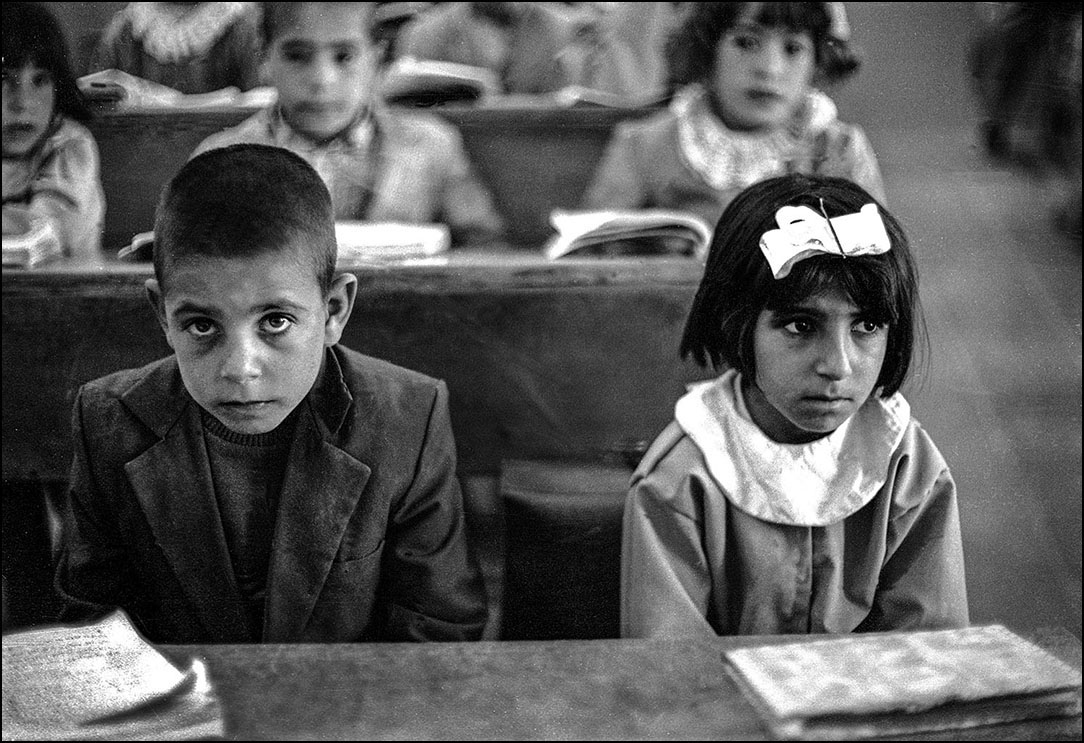 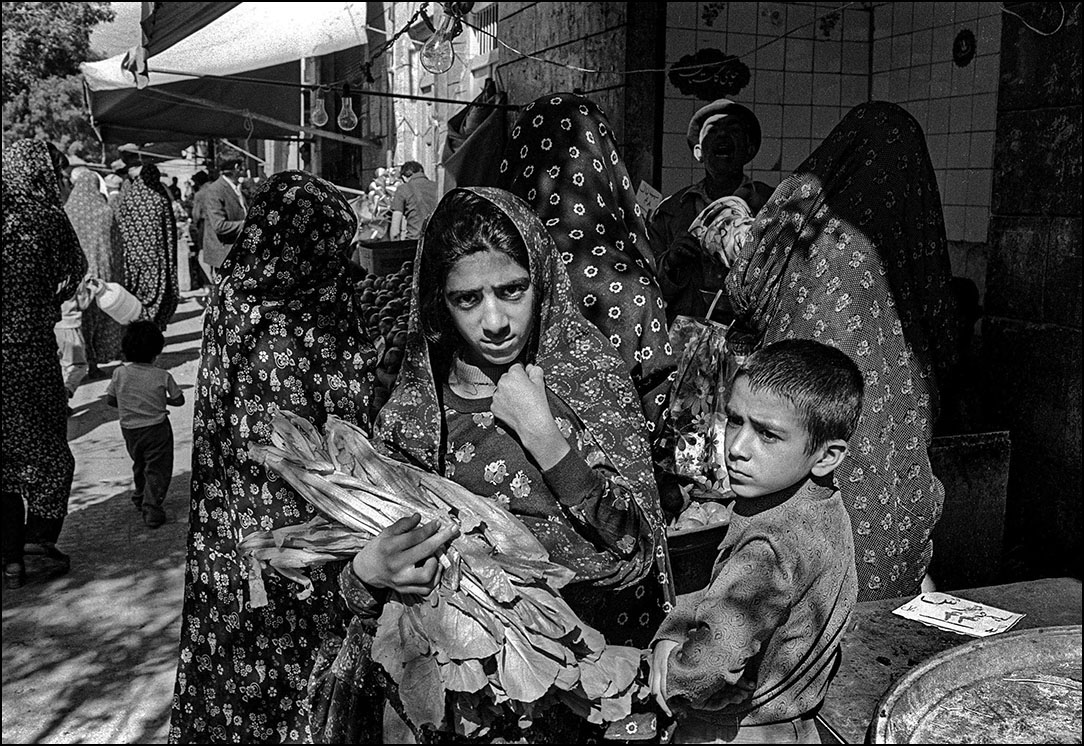 Linkedin
OTHER ARTICLES
Whether it was seacoalers in Northumberland or the miners’ strike, the photographer was always fully immersed in the story he sought to capture.
A centuries-old tradition is offering families a way to honour the deceased, reports Arbab Ali.
Following the release of their third album, the duo talk collaboration, family and connecting with the dead.
Over the weekend, the United Families & Friends Campaign organised a protest calling for an end to deaths at the hands of the police.
A campaign led by ex-torture survivors and refugee organisations has left the Tories with no planes left to carry out their callous scheme.
The Egyptian government are continuing the repressive mistreatment of environmental campaigners.