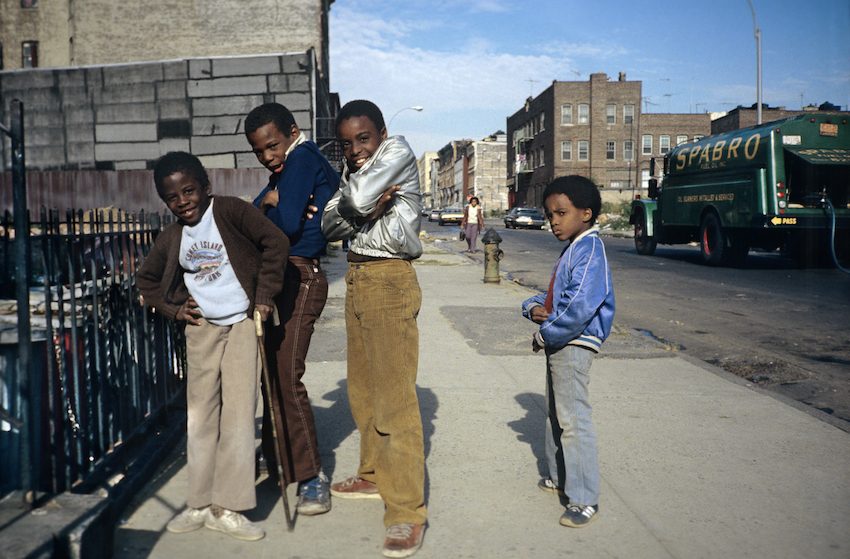 When American photographer Meryl Meisler arrived in Bushwick, Brooklyn, for a job interview at I.S. 291 Roland Hayes in December 1981, she was shocked at the state of the neighbourhood.

“I got out of the subway and everything was boarded up or burned down. It looked like there was a war going on but this was a quiet time,” she recalls. “I thought to myself, ‘It’s a week before Christmas and there’s a job opening? Maybe the other art teacher was killed.’”

Meisler, who had previously been a hostess in Manhattan’s famous go-go bars, arrived at the junior high school on Palmetto Street. The school stood at the edge of an area that had been destroyed by a devastating fire that wiped out 23 buildings that occurred just one week after the infamous 1977 blackout unleashed a wave of arson and looting across the community. 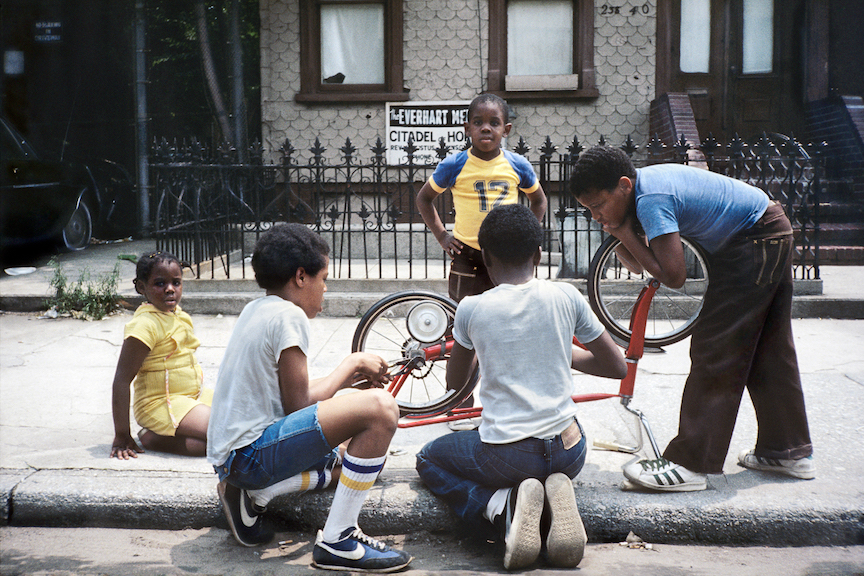 Four years later, Bushwick remained in dire straits, with 45 per cent of the population living below the poverty level. “I later found out it had one of the highest vacancy rates in the city – people were leaving,” says Meisler.

Upon arriving at I.S. 291, Meisler was enveloped in a sea of frenetic energy typical of middle schools and she met with the principal. “He was dressed in a three-piece suit – very refined, despite the sense of chaos in the air,” she remembers. Meisler took the job.

“I didn’t carry a camera at first because of the danger. While teaching on the Lower East Side, I was robbed in school – so I wasn’t going to be an idiot twice,” she says. 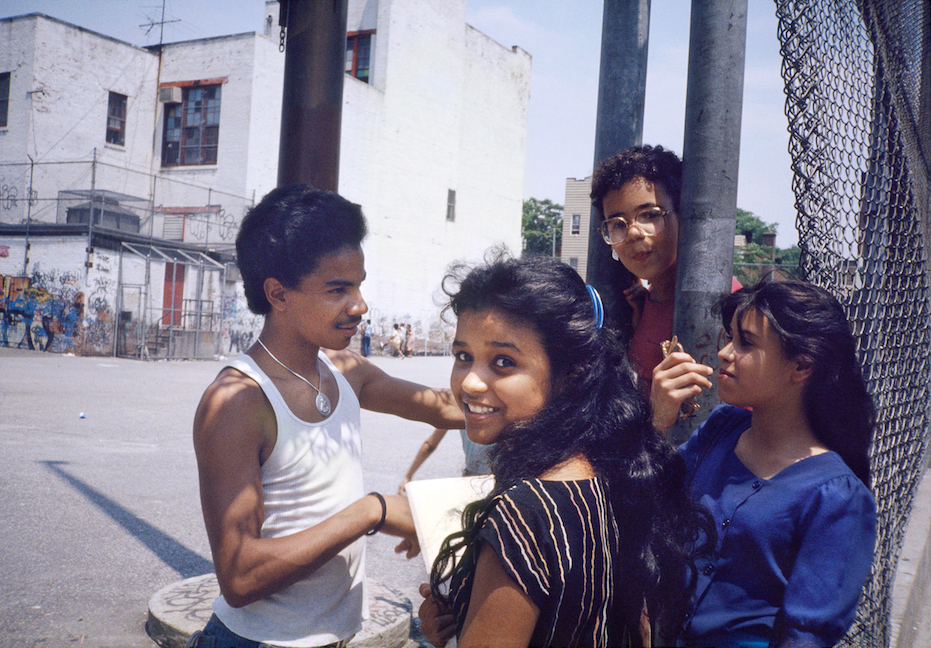 But her love of photography triumphed and Meisler began capturing everyday scenes in school and around the community. Forty years later, a selection of the images from Meisler’s first three books is now on view in Paradise Lost & Found: Bushwick, which has been installed on the chainlink fence outside I.S. 291.

“I’ve always wanted to show this work in Bushwick,” says Meisler, who teamed up with current Principal Janice E. Bruce to co-curate the exhibition. “Ms. Bruce is probably the same age as the kids in the photographs. She’s a success story – she went to Cornell University, came back, taught in other schools in the neighbourhood, then became the principal here.” 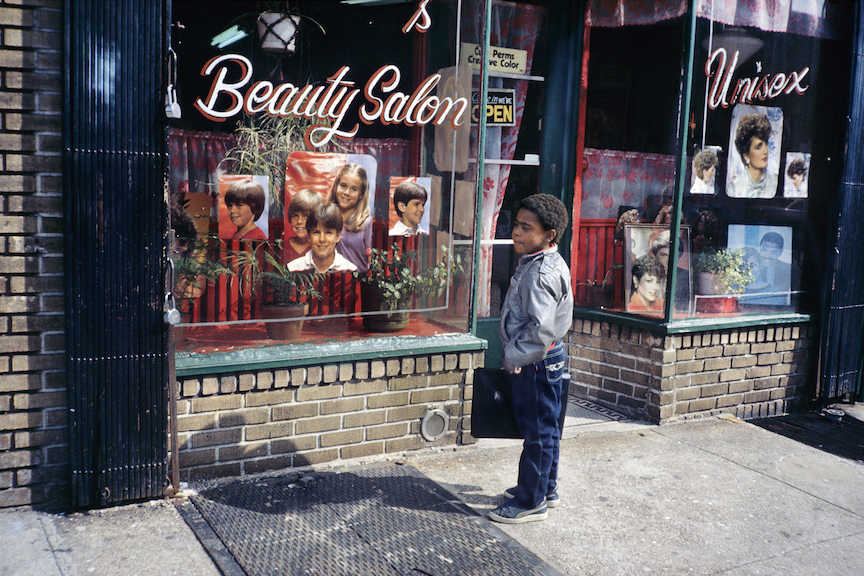 As an insider, Bruce’s experience gave her the necessary insight to co-curate the exhibition to ensure it would resonate for students and members of the community alike. After the exhibition went up, Meisler ran over in the morning to see it for herself. “A lot of people still lived on the block, went to the school, or to the church across the street are still in the neighbourhood. The current custodian at I.S. 291 recognised his niece and nephew in one of the pictures!”

Someone asked if I was the photographer because I was wearing a camera around my neck. I said, ‘Yes,’ and they told me, ‘This is so uplifting!’” 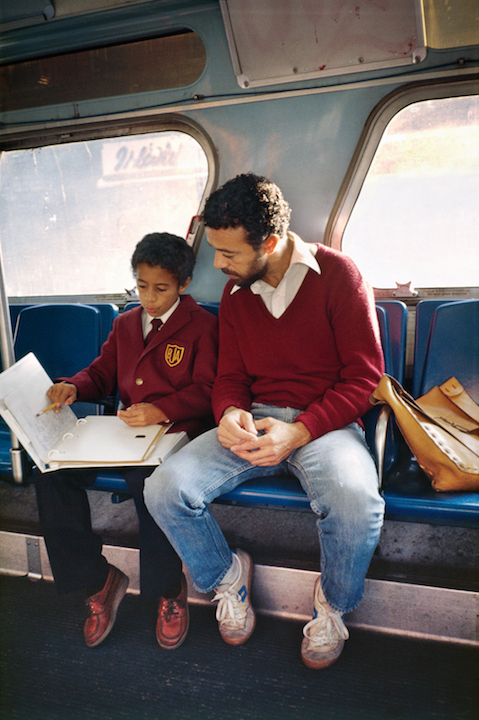 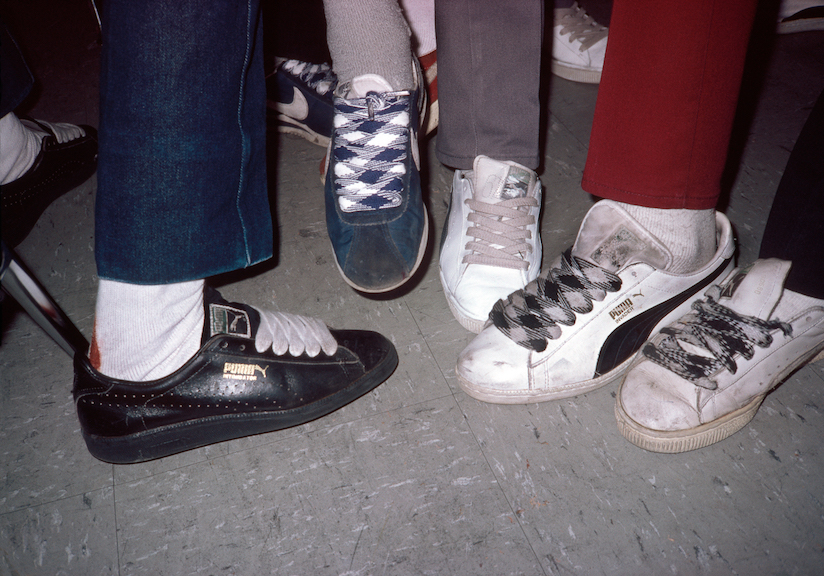 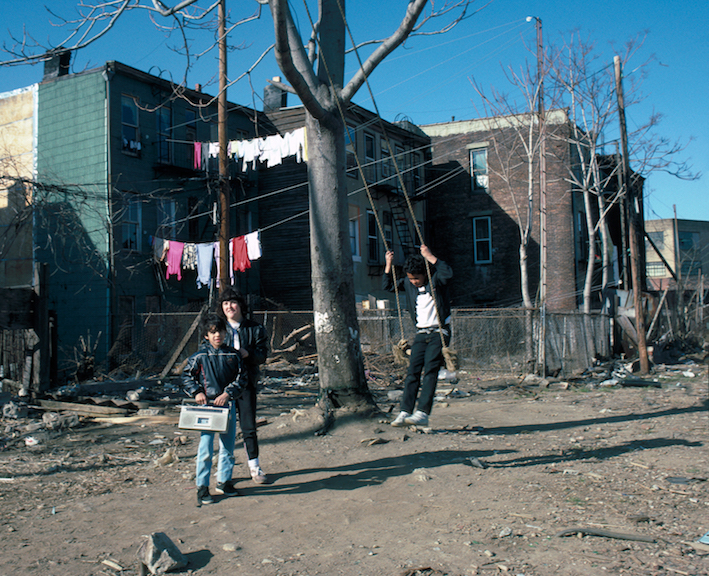 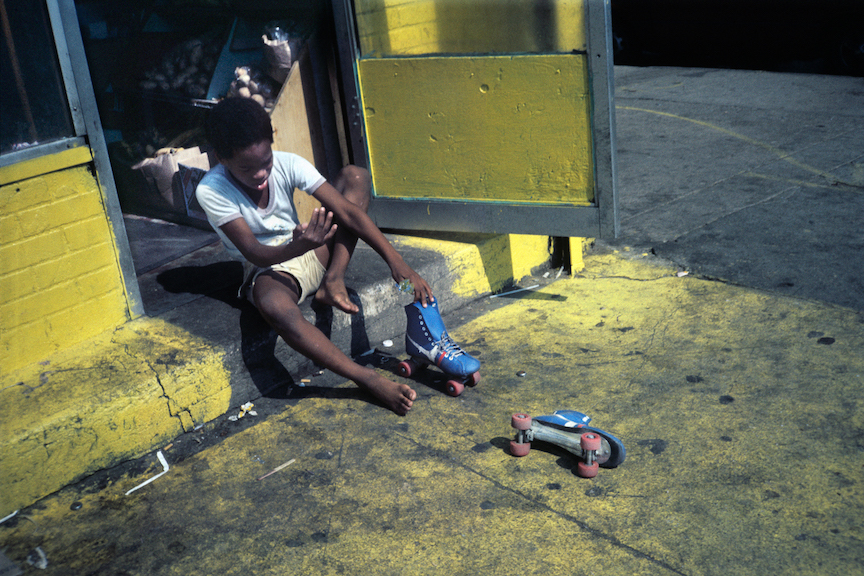 Linkedin
RELATED ARTICLES
OTHER ARTICLES
Photographer Sean Maung reflects on documenting a small town in Pennsylvania afflicted by high levels of unemployment, poverty, violence, crime, and addiction.
When the artist was handed a 31-year sentence, his music was almost forgotten – that was until the likes of Frank Ocean and Kanye West started sampling his tracks. Now that he’s free, he says he’s still fighting to be heard.
Activists and campaigners are fighting back against new laws that would seriously undermine the ability to take industrial action, calling it an attack on fundamental workers' rights.
A new film from Berghaus traces the story of Adam Raja, who left behind a turbulent upbringing to discover the healing power of climbing.
Tristan O’Neill’s shots of dancers caught in moments of reverie at the height of rave’s golden age are a testament to the UK’s legendary club culture.
A recent High Court ruling against the right to wild camp in Dartmoor National Park sparked the largest land protest in history – and campaigners say their fight is not over yet.