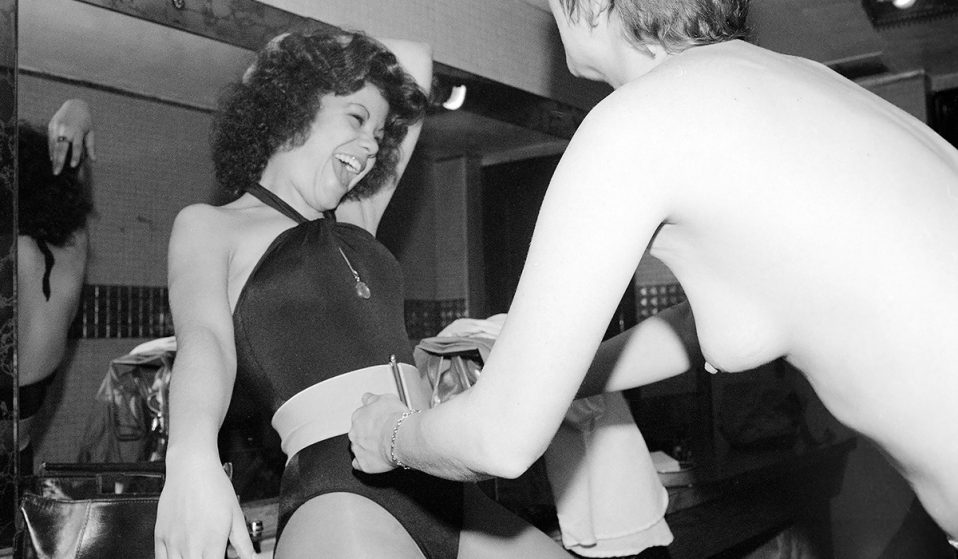 In the 1970s, Meryl Meisler led a double life, working a regular job by day, and by night, as a hostess on NYC's hedonistic club scene. Her book SASSY '70s comprises photos she took of the debauchery.

In the 1970s, photographer Meryl Meisler led a double life, working a regular job by day, and by night, as a hostess on NYC's hedonistic club scene. Her book SASSY '70s comprises photos she captured of the nights' debauchery.

In spring 1978, photographer Meryl Meisler accompanied her friend Judi Jupiter to an interview to work the bar at the Playmate, a new go-go bar opening on 49th Street and Broadway in New York.

“It was a topless-bottomless bar,” Meisler remembers. “There was disco music playing and girls were dancing on stage. It was fascinating. I asked if I could get a job there as a hostess, and was hired.”

During the late 1970s, Meisler led a double life. By day she worked as a CETA photographer documenting Jewish New York for the American Jewish Congress, exploring her heritage. By night, she was partying at nightclubs like Studio 54 and working at the Playmate, where she soon began making photographs, a selection of which have been published in Purgatory & Paradise SASSY ‘70s Suburbia & The City (Bizarre).

Meisler was required to wear a bathing suit or leotard, stockings, high heels, and makeup, and as hostess, she’d greet customers at the door, seating them by the stage, and serving them $4 “near-beers,” as the bar didn’t have a liquor license. She received a dollar tip for every drink, plus a $10 tip whenever she brought customers to the back rooms for private time with dancers and a $40 bottle of “champagne” (Martinelli’s sparkling cider).

“From time to time, customers would want to spend time with me in the back room,” Meisler says. “I would talk to them and draw them in a little sketchbook I carried. Nobody ever asked for their money back but I never had repeat customers.” 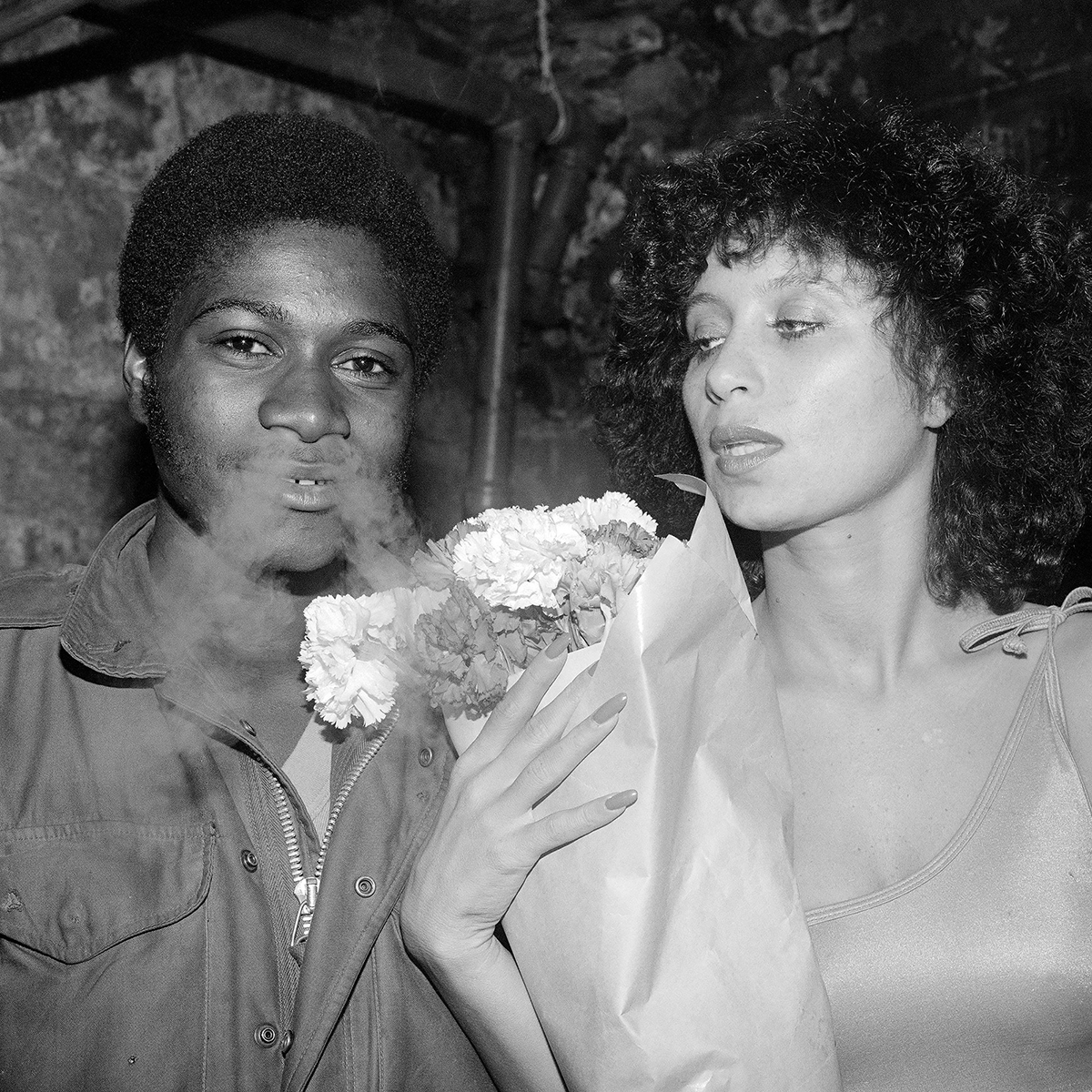 That December, Meisler and Jupiter left the Playmate and started working at Winks, another midtown go-go bar. After work, they’d go out with all the dancers to the Brasserie, an all-night coffee shop, to catch up over French onion soup.

“One of the women supported herself through medical school, another was buying a house. There was a big range of people. Some had drug problems, some had boyfriend problems, some were supporting kids and other family members. You couldn’t pigeonhole anyone.”

In July 1979, Meisler moved on to a third bar, Magic Carpet, which was painted red and featured a “Sultan’s Chambers”, a massive fish tank, and a swinger’s club upstairs.

That September, Meisler began working as a schoolteacher for the New York City Department of Education. “I hadn’t gotten my paycheck yet, so I continued working on the weekends at Magic Carpet. By November, my money came in, but it wasn’t a lot, so I kept on working in the clubs.”

“By early 1980, I stopped because I knew it was not appropriate for a schoolteacher to waitress at go-go clubs,” Meisler says.

The bars were also getting raided, and people started getting arrested by undercover police. “There were signs that said ‘don’t talk about money’, because it could be construed as prostitution – some people were getting higher tips that way,” remembers Meisler. “When Tina Turner sang ‘Private Dancer,’ I understood that.” 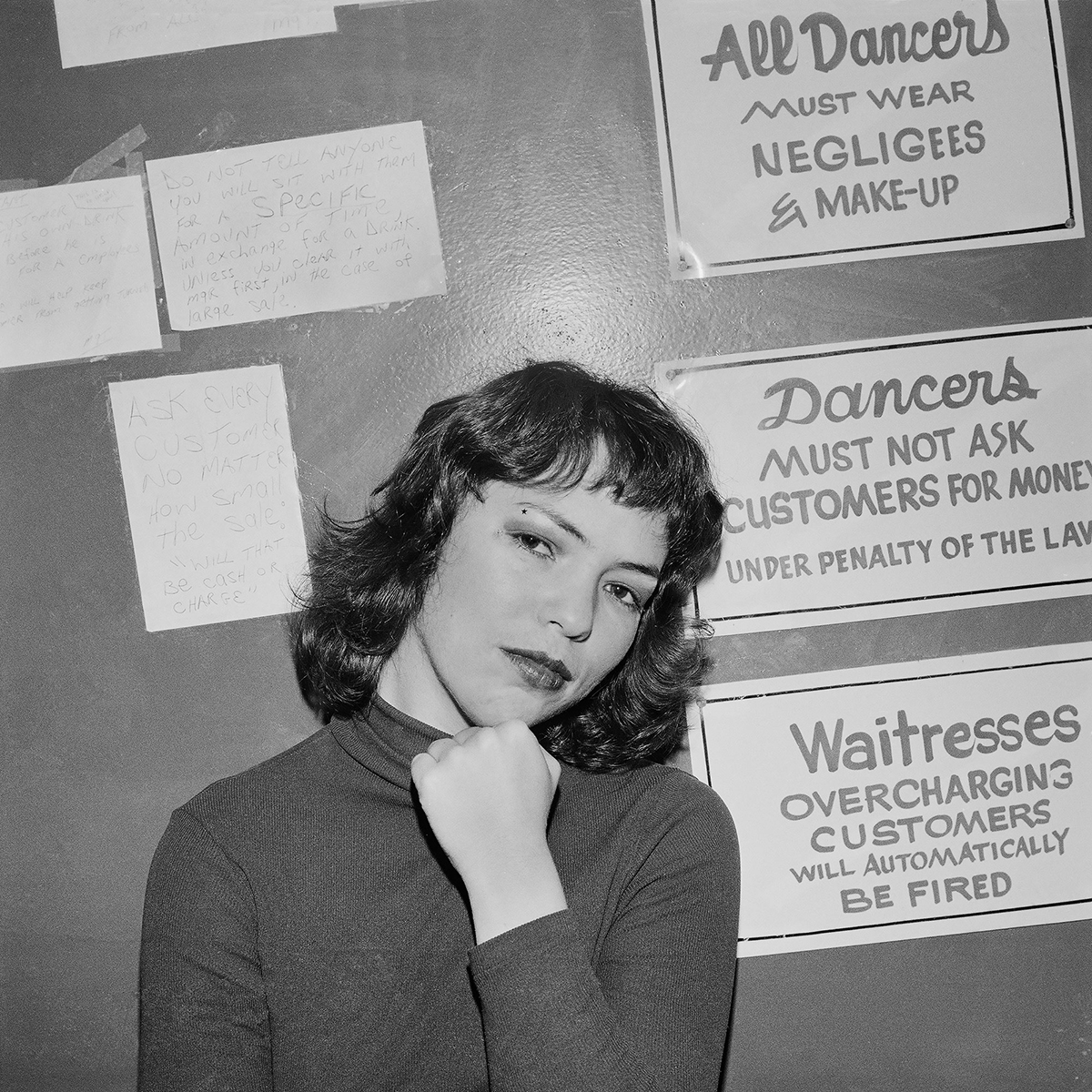 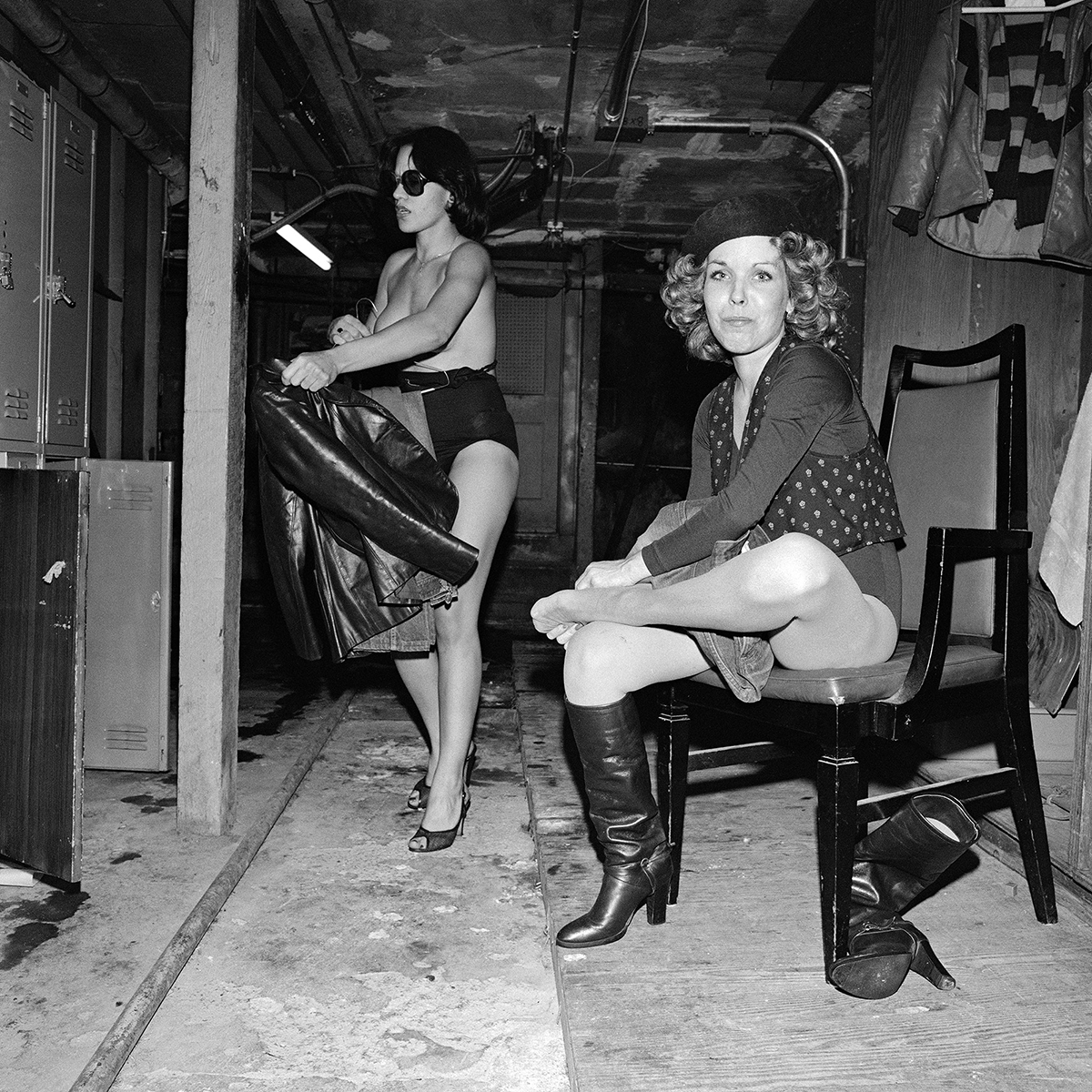 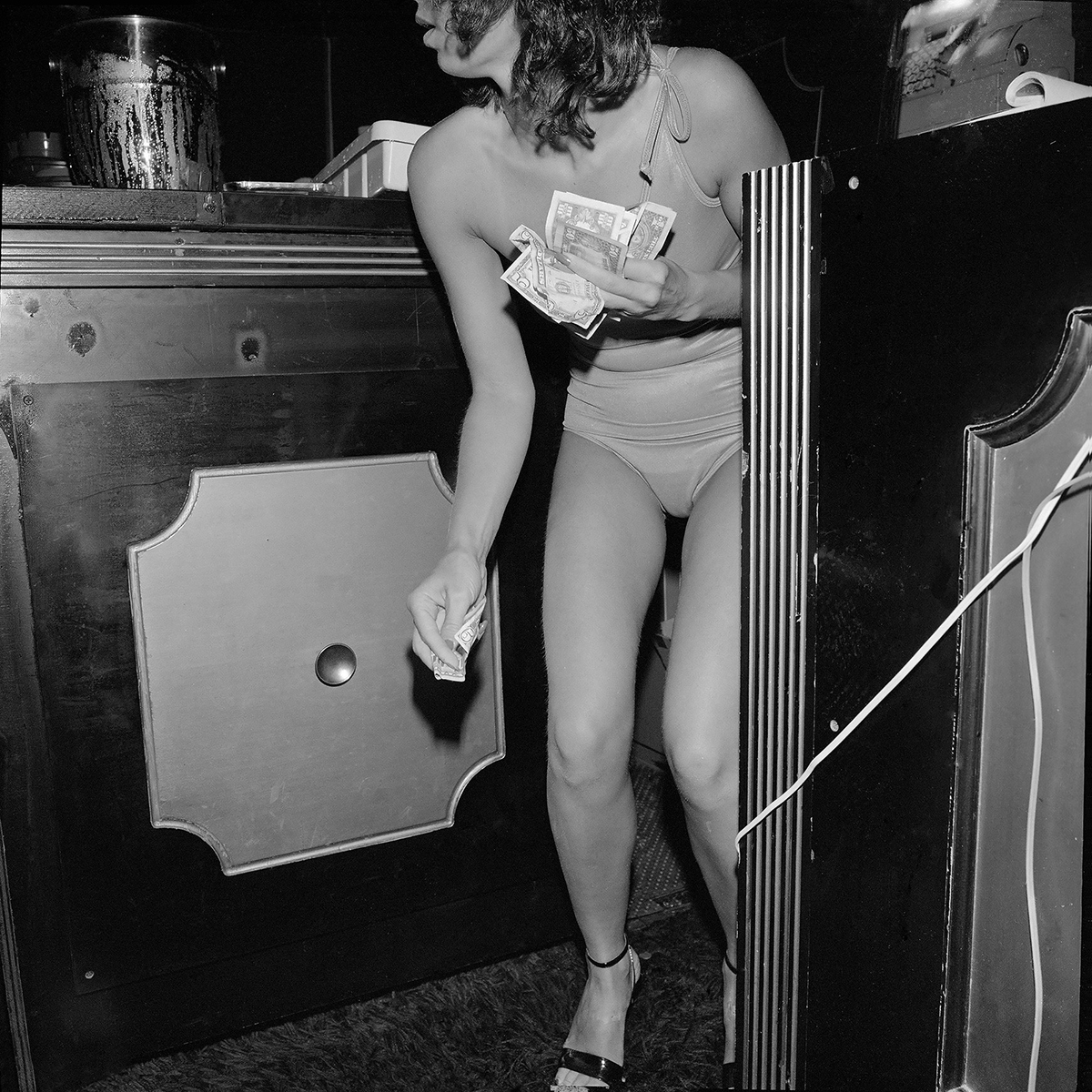 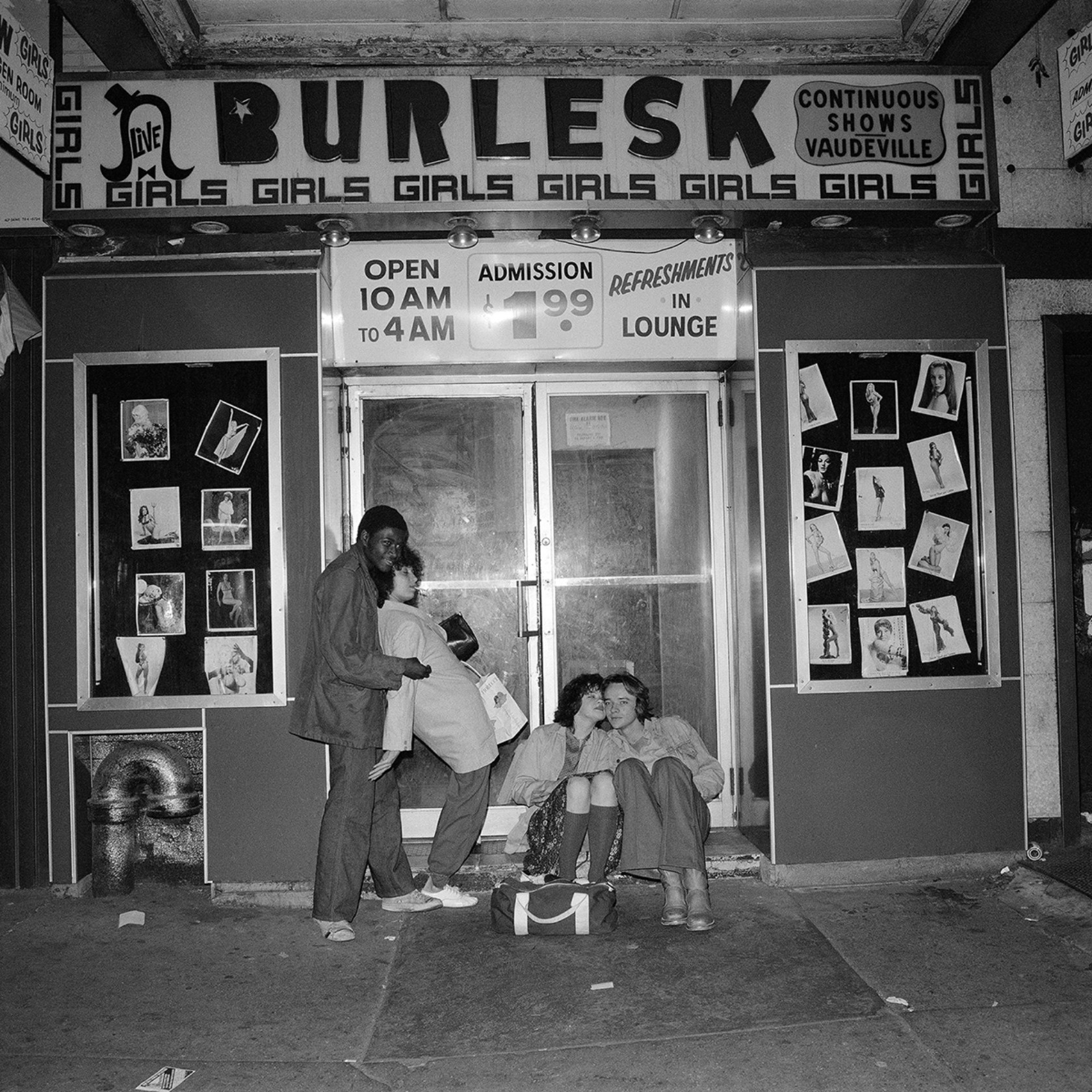 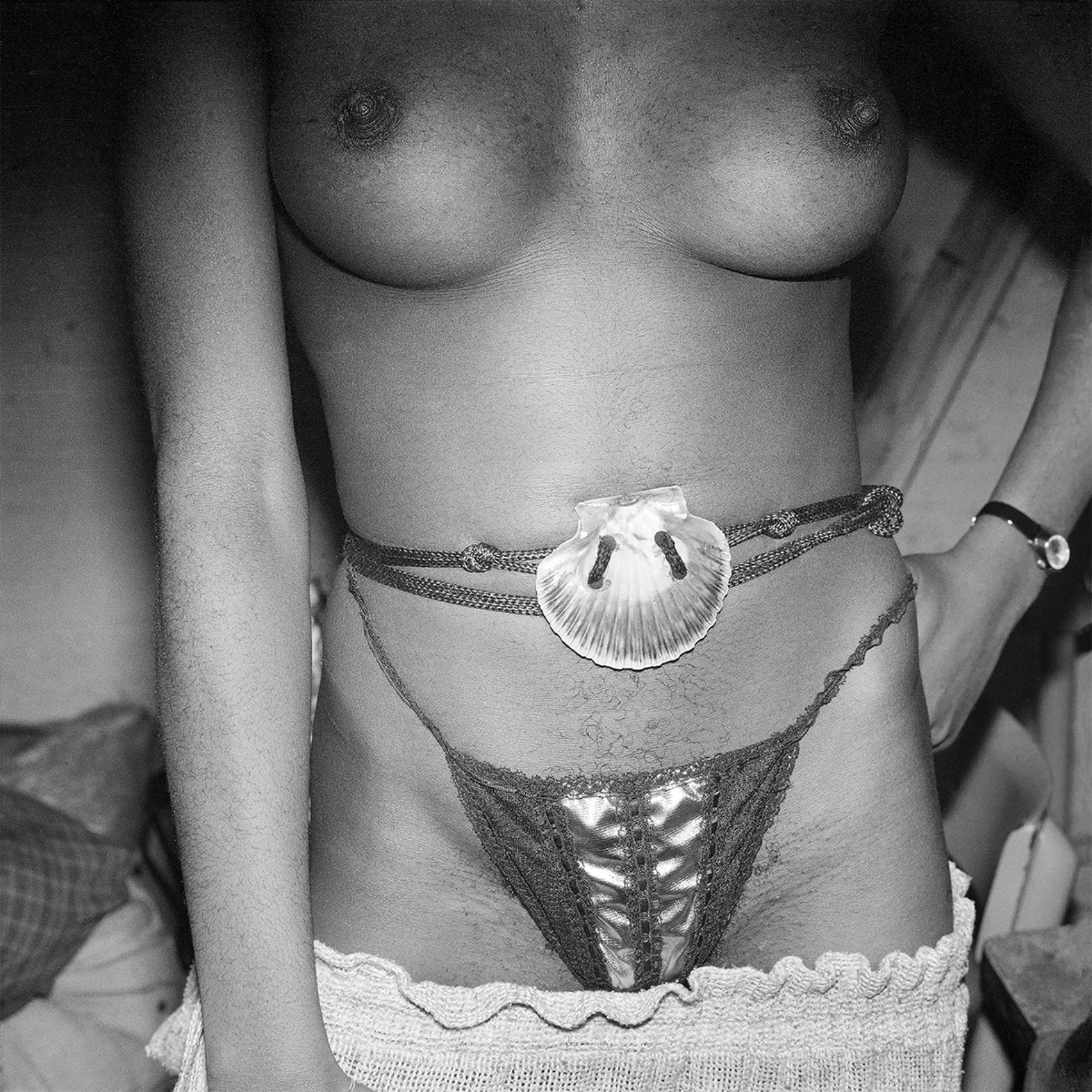 Poochie Wears her Shell Belt to Dance at The Magic Carpet NY, 1979 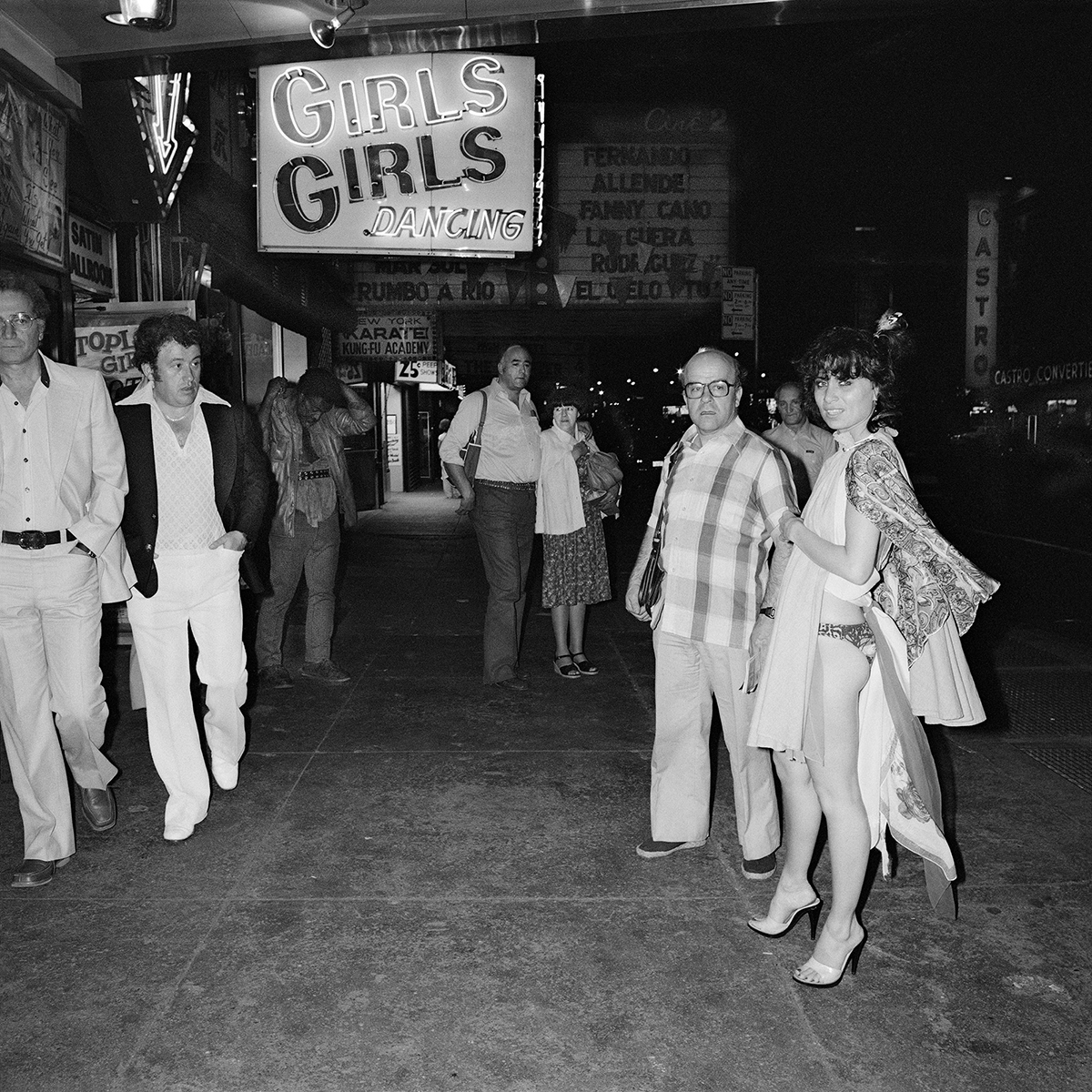 Linkedin
RELATED ARTICLES
OTHER ARTICLES
Following the success of her debut novel, the Tottenham native is restating her commitment to the place that made her.
From the Yakuza to a biker gang, Bruce Gilden recounts capturing Tokyo and Osaka in the ‘90s.
To mark the anniversary of the mass trespass of Kinder Scout, a group of hikers came together with the intent of creating a new, fully inclusive culture for rural spaces.
A group of Ukrainians living in Poland are helping Ukraine withstand Russia’s brutal invasion by buying supplies and shipping them directly to the war’s frontlines.
The situation in Afghanistan remains dire, with many groups facing persecution at the hands of the Taliban.
Following the release of his latest album God Don’t Make Mistakes, the rapper talks horror villains, police brutality and being unafraid to show his vulnerable side.