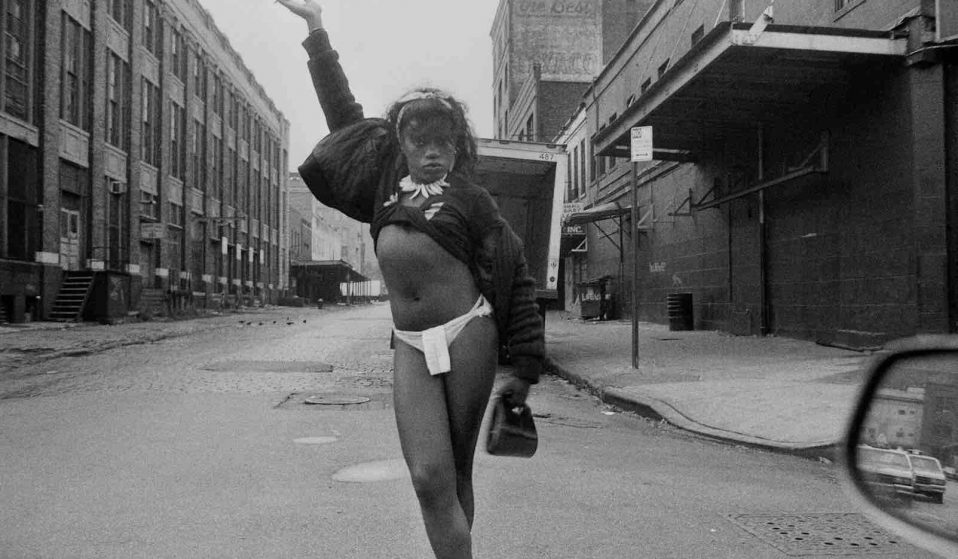 In the 1970s and '80s, Joseph Rodriguez worked as a cab driver while studying photography in NYC, where he captured an unflinching portrait of the city.

In the 1970s and '80s, Joseph Rodriguez worked as a cab driver while studying photography in NYC, where he captured an unflinching portrait of the city.

From 1977 through the late ‘80s, Joseph Rodriguez was a drive-by shooter. His weapon of choice was an Olympus OM-1 35mm SLR. If you were living in New York then and found yourself partying into the early hours in the Meatpacking District – maybe at a club like The Hellfire or The Anvil – when it came time to hail a cab, there was a chance you’d be his next target.

The photographer, today known for his gritty, no-frills documentation of subcultures throughout the US and Mexico, cut his teeth as an artist while his hands were at 10 and 2. Born and raised in Brooklyn, Rodriguez grew obsessed with photography while driving a yellow cab six days a week from 5 AM to 5 PM. Soon, his car became his de facto studio, and he would scan the streets for images while simultaneously searching for his next fare. Eventually, his lens gravitated towards the back seat, and he began taking portraits of his passengers, and what he saw through the windshield.

The photos Rodriguez shot during his decade-long tenure as a cabbie have been compiled into a new photobook by powerHouse Books, titled TAXI: Journey Through My Windows 1977–1987. The books offers an unvarnished perspective of New York, celebrating the city in all its soot-covered, graffiti-splashed glory.

New York in 2020, in the midst of a pandemic, is a far cry from the metropolis visualised in TAXI. Speaking to Huck, Rodriguez reflects on the city as he once knew it and the tumultuous times that defined the early part of his career. 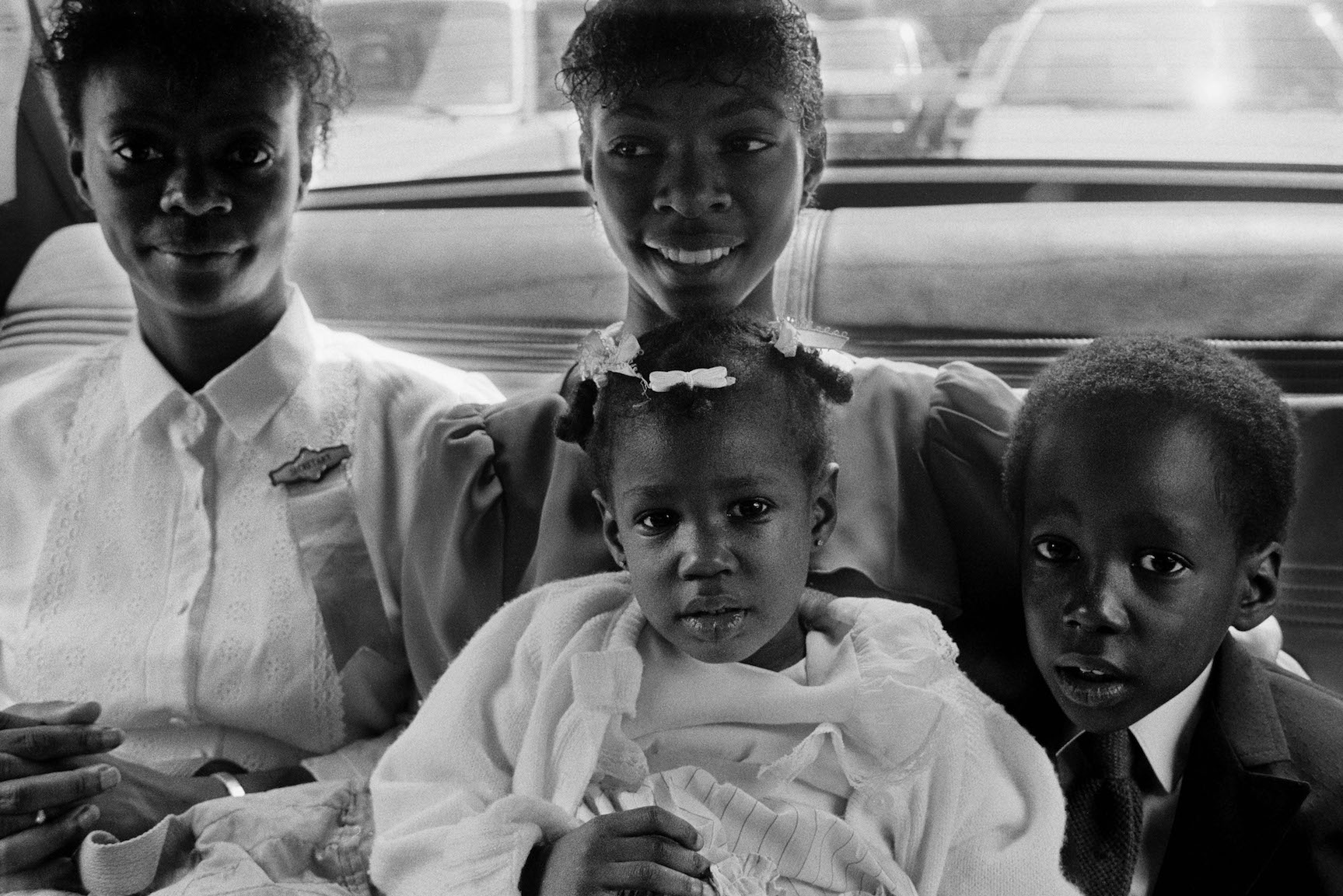 Where in Brooklyn are you based today?

I’m in Park Slope, where I grew up. It was much different back in the day when your boy was driving a cab. That’s for sure. I grew up with all these Italian families in what’s called South Brooklyn. In the ‘50s, ‘60s, and ‘70s it was more like West Side Story over here. New York changes, man.

How did recovering from substance abuse and using methadone led to you working as a cab driver?

In 1976, I detoxed in my house for a good six weeks. I was very weak. I needed to pay my rent. It was either driving a taxi cab, driving a truck, or driving a gypsy cab. I was living in Carroll Gardens, and there was a garage nearby. I got my license and started driving at night, which was cool. It was good for me because I could get myself stronger and work while also sitting down. It was about moving everything in a positive direction, and the cab helped me do that. And soon, photography came into my life. 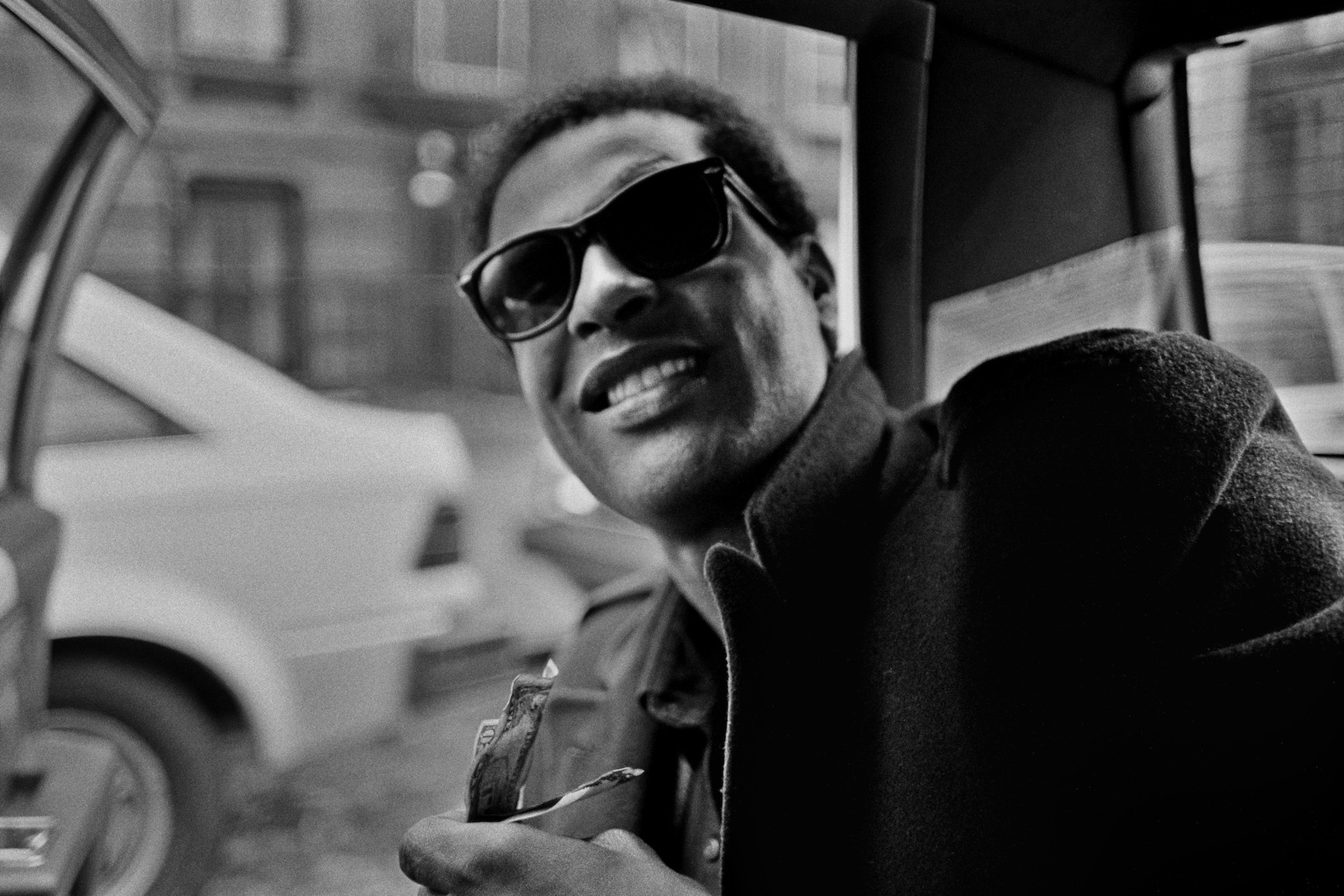 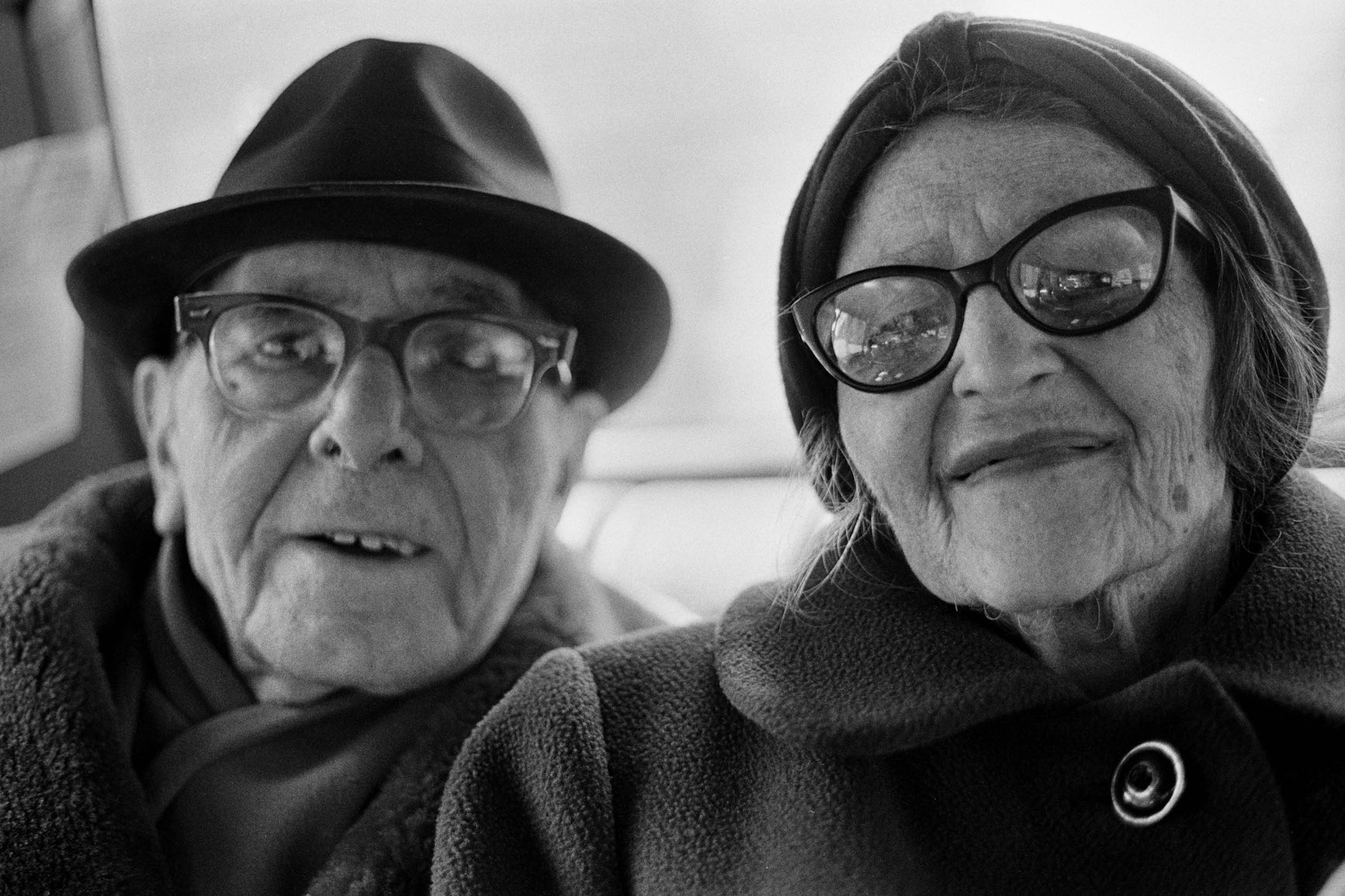 When did you start taking photography seriously?

Things changed when I met the infamous Larry Clark. I was helping a friend do art handling work in Soho, and Larry Clark was there laying out his whole life in photos. The Tulsa work. The Times Square work. All that stuff. I thought, ‘Man, this is the kind of stuff I want to try and do.’ When I was leaving, I went up to him and said: “I really admire your work and I really want to be a photographer.” The only thing he said to me was, “Go take pictures…” It was that simple. He wouldn’t remember this, but it was a really influential moment. I left and took those words to heart like they were from the bible. It inspired me to start taking classes at the International Center for Photography.

What was the International Center for Photography like at the time?

Going to ICP was unbelievable. We had a lot of Magnum photographers in the mix. I got a scholarship, even though I barely had enough money for film. I could shoot what I could shoot: two rolls of film a week. I was driving on weekends, and coming to school with toothpicks in my eyes. While I was driving all night, I started to take photos out the window of the car.

At the time, I wasn’t brave enough or honest enough with myself as a photographer. I started taking a weekend workshop at ICP taught by Mary Ellen Mark. During my crit, she said in so many words that I didn’t believe in myself or my photography. This was because I was shooting everything from the window, from a driver’s point of view. I wasn’t shooting the backseat! She was absolutely right. Ultimately, I did what Mary Allen suggested, and my pictures started to change. 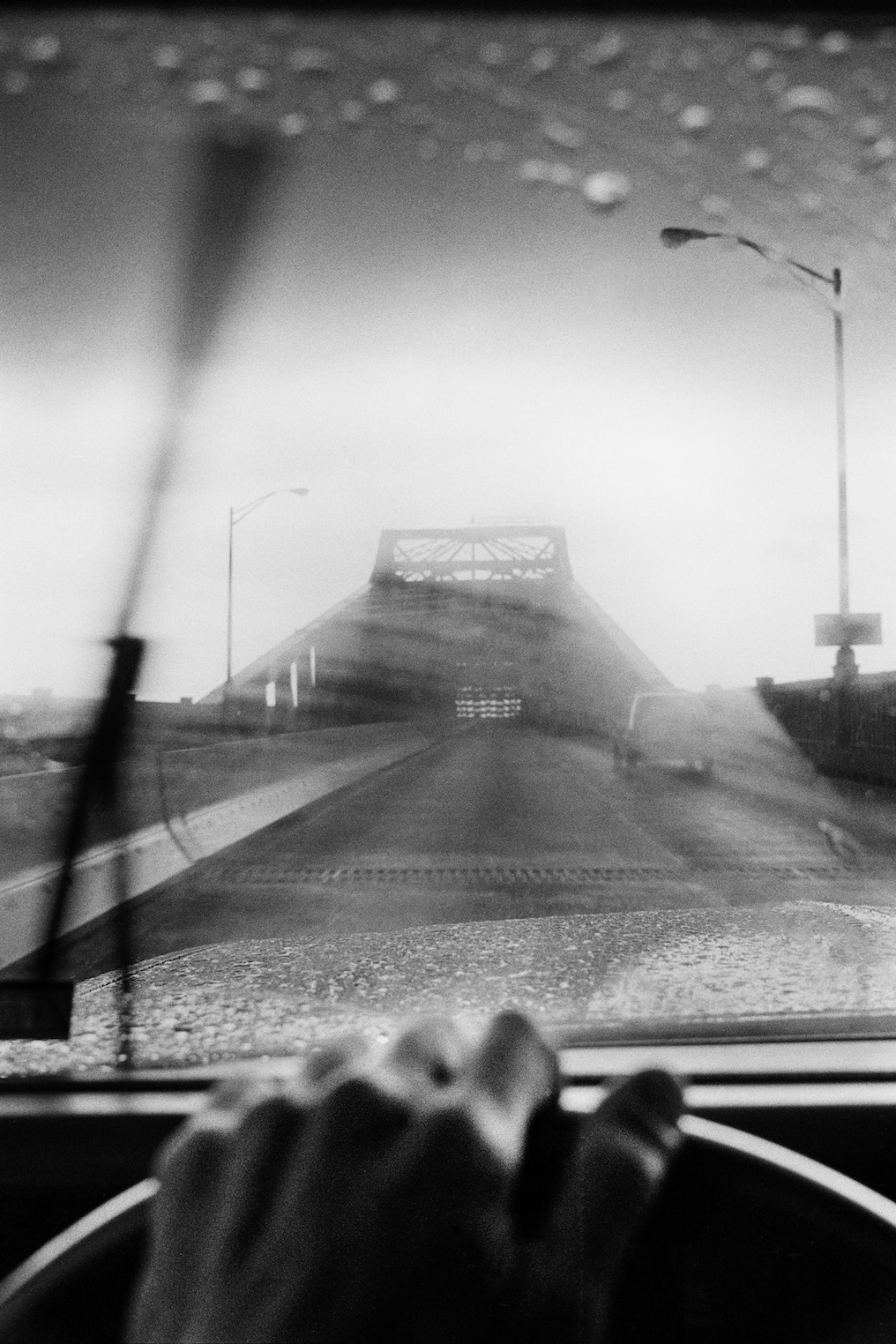 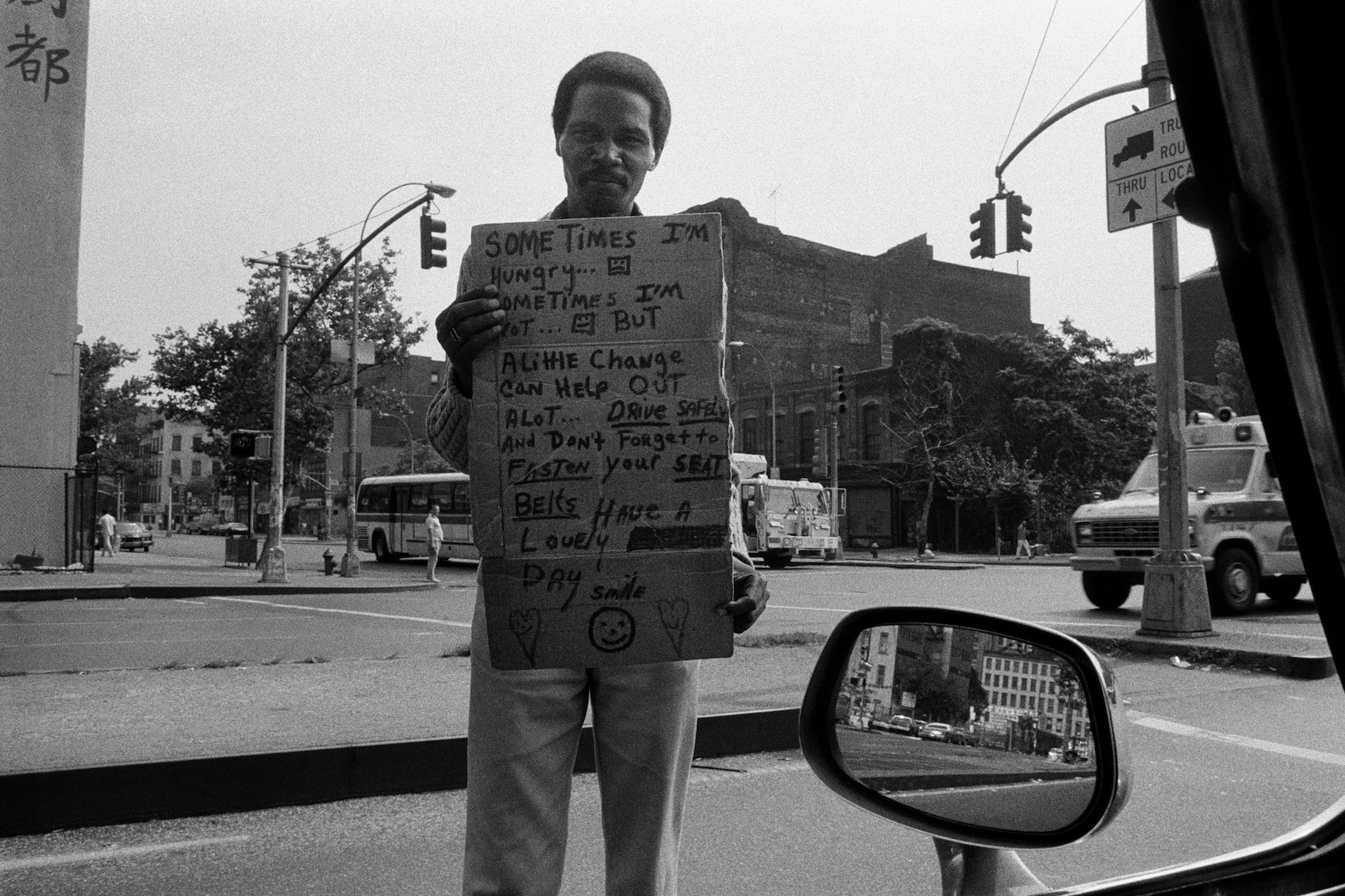 Why do you think people often treat cab drivers like therapists?

A lot of time human beings just want to tell a story, or shed what’s happened to them during the day. They want to be recognized as a human being and treated like one. So I would hear all sorts of stories in the cab, all kinds of shit. There are a million stories here in New York. Everybody’s got a story.

Plus, I’d often pick up people after they were partying and doing drugs and having anonymous sex for three days straight. They’d get in my cab to return to their “regular life”. A lot of these men were lonely after coming down from the party, and that’s when my cab would become like a shrink’s office.

What else do you remember from the nightlife at the time?

If you’re a cabbie, you get to know the streets. You know when the bartenders get off work. Where did they go? They’re going downtown. They might not even be gay, but they’re still going to The Anvil because it had the most ass-kicking fucking DJs. And you had the Paradise Garage and other nightclubs, too.

Let’s put it into perspective. It’s 4 AM, everything closes but the clubs. You go to a club and dance until 11 AM, and then you go to an after-after hours. You go to 220 W Houston and at that point, it’s 2 PM in the afternoon, and people are still doing blow, then coming out wearing sunglasses. But after partying so much, these people could get really fucking depressing and lonely. And cocaine and those drugs make you very dark when you come down, which was right when I’d be picking people up. Things started changing when the disease hit the city. 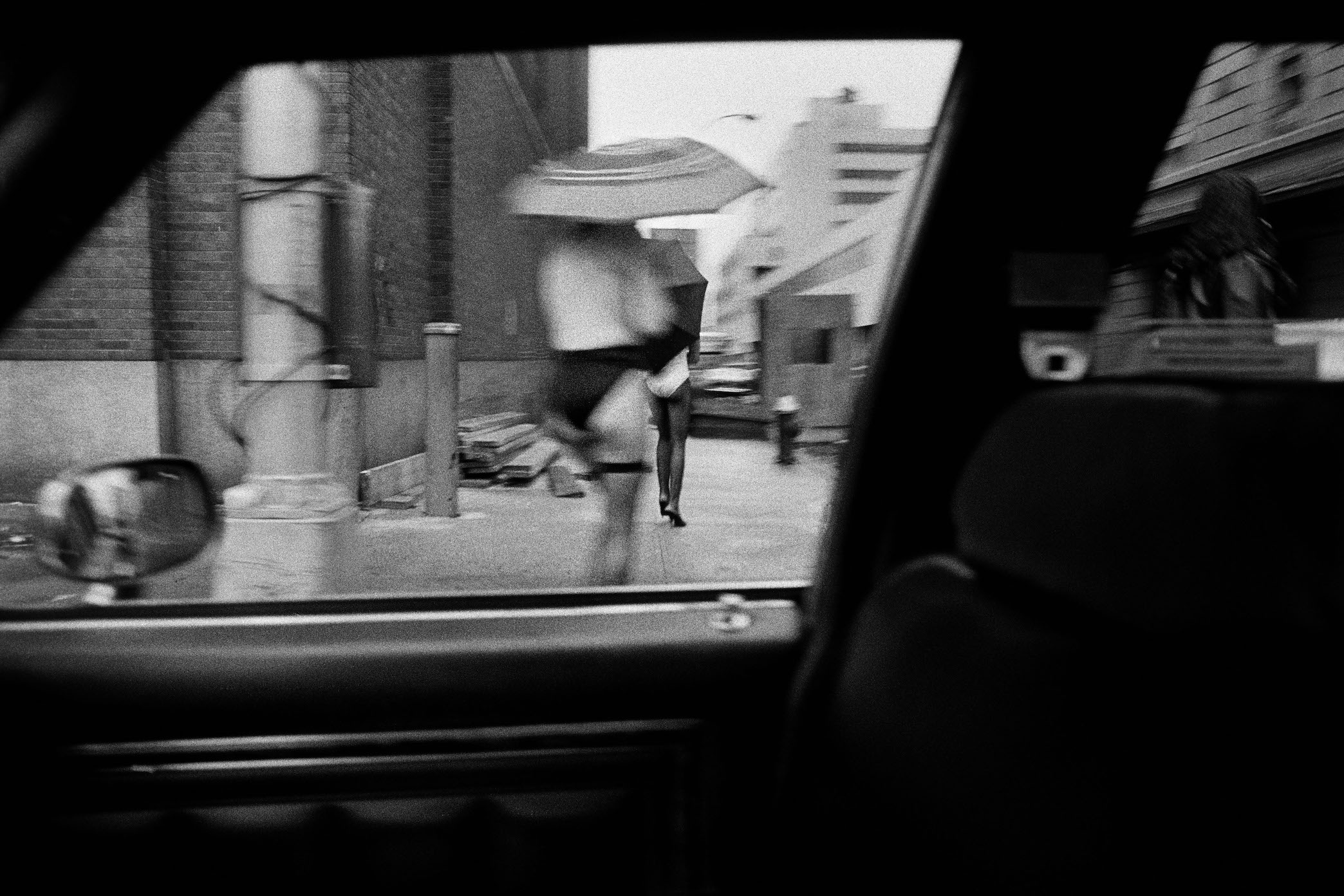 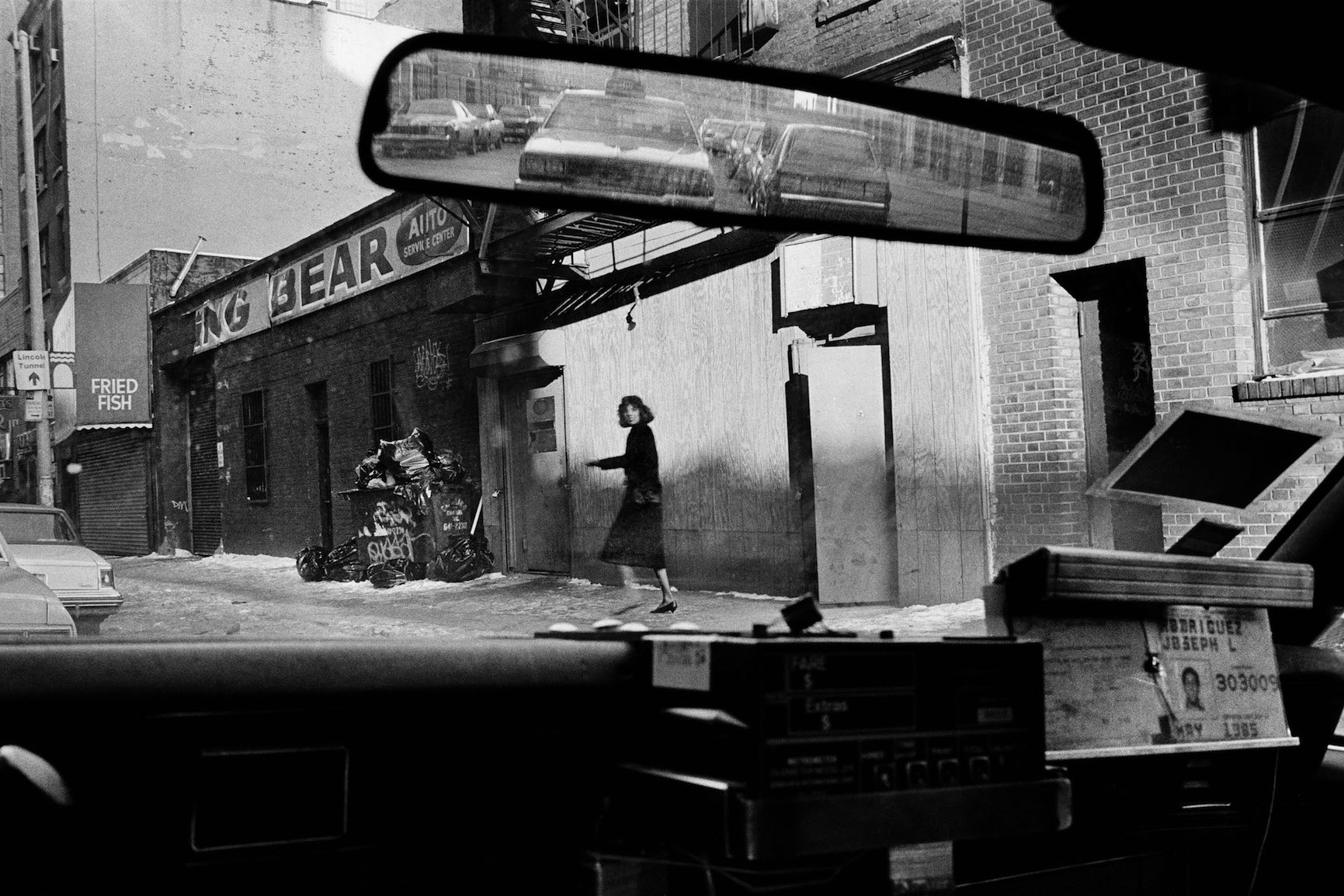 Of all the neighbourhoods you shot, which looks the most visibly different today?

The East Village and the Meatpacking District. They look extremely different. In the book, you see a bunch of photos of the East Village where it’s torn up with graffiti. You tell me what the rent costs today? It didn’t change in terms of the projects like Avenue D, but everything around the projects changed. Back then, every young student had a chance or a break in this city because the rent was cheap. Yeah, you had to watch your pocketbook, but it was liveable.

How are young artists expected to move here today and make it work? Unless you’re independently wealthy, it’s not easy.

It’s very, very hard to do. I teach at NYU, and today there are a lot more privileged young people who come to the school. But I’m going to tell you who’s really holding it down: The Bronx Documentary Center in the South Bronx. It’s in the heart of hip-hop, a block from where it all started on like 149th Street and 3rd Avenue. They hold amazing exhibitions, and they’re teaching young photographers and senior citizens the old Photo League way. It’s really a go-to place. They’re showing really beautiful documentary work from all types of people, bro. That’s what I like. 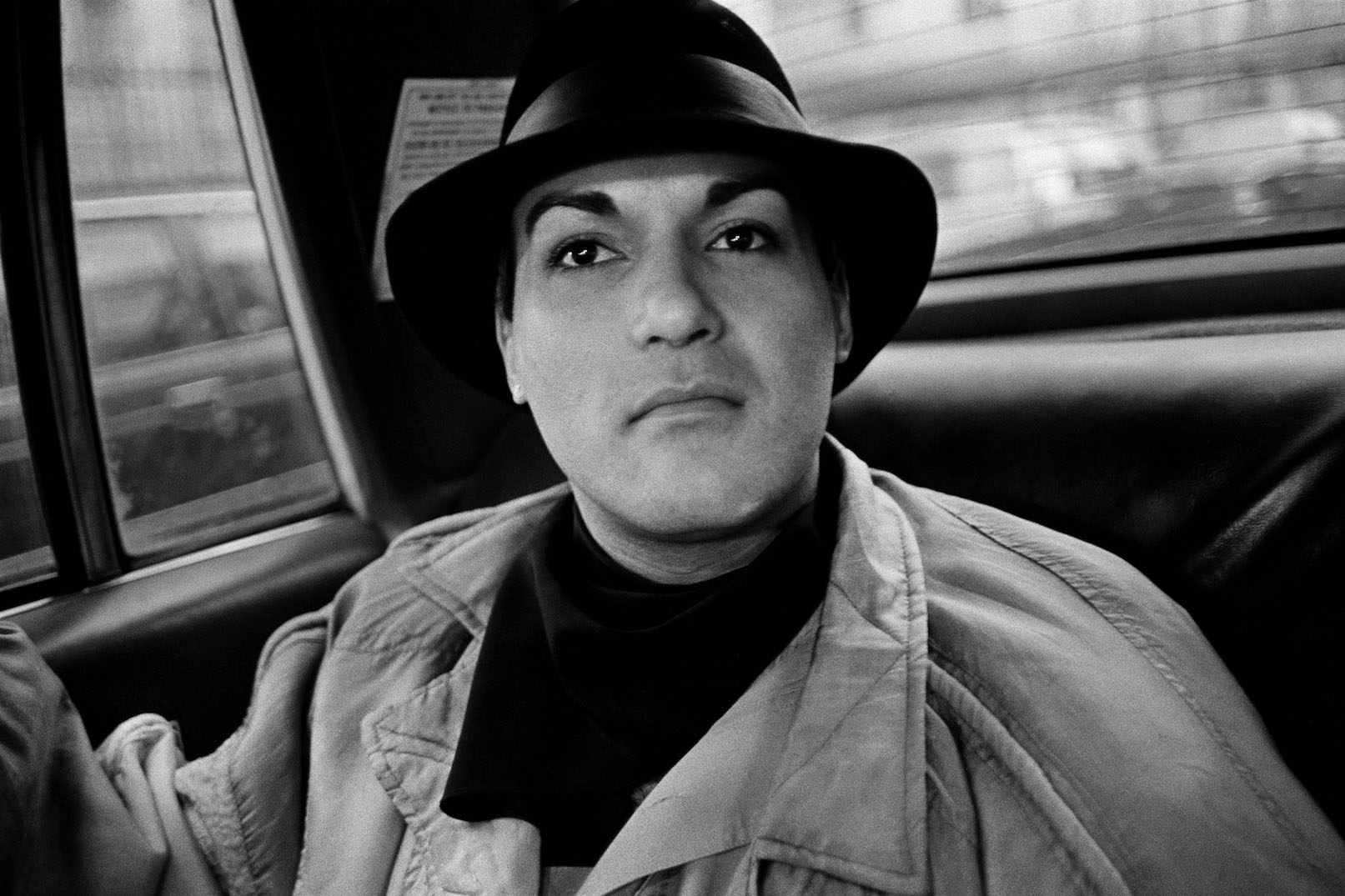 TAXI: Journey Through My Windows 1977–1987 is now available to pre-order via powerHouse. The Economic Hardship Reporting Project provided funding to support the book; visit their website here.

Linkedin
RELATED ARTICLES
OTHER ARTICLES
Cindy Campbell recounts how her brother ushered in a new era of musical culture at a party she held in the Bronx in ‘70s.
Yesterday thousands gathered outside Buckingham Palace after news of the Queen’s death broke.
By turning a real-life crisis into daytime television fodder, TV bosses have once again shown themselves to be completely out of touch with audiences.
A group of young Palestinians have found temporary freedom in the act of parkour, reimagining wreckage and ruins as a series of high-octane playgrounds.
In his 2008 series, the photographer pictured himself as Angela Davis, Martin Luther King Jr., Malcolm X, and other prominent figures.
With skyrocketing rents, packed out viewings, bidding wars and more, renting in London has never been harder.